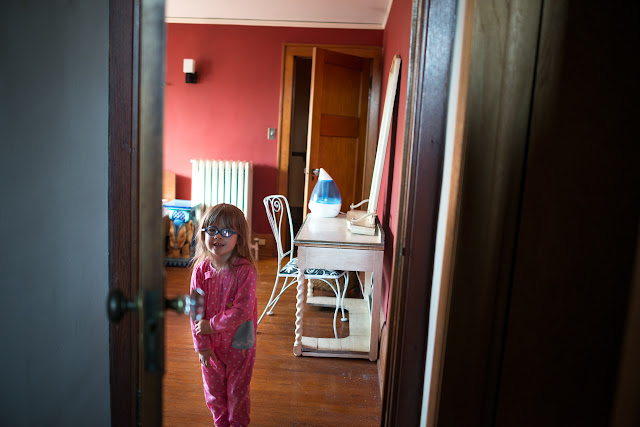 Earlier this week I came down with some virus. It was horrible. I hadn't been this sick in a long time. I even missed two days of work. So Scott wouldn't catch my germs and listen to me coughing all night he had been sleeping in the guest room. Meadow only had me to wake up in the morning. 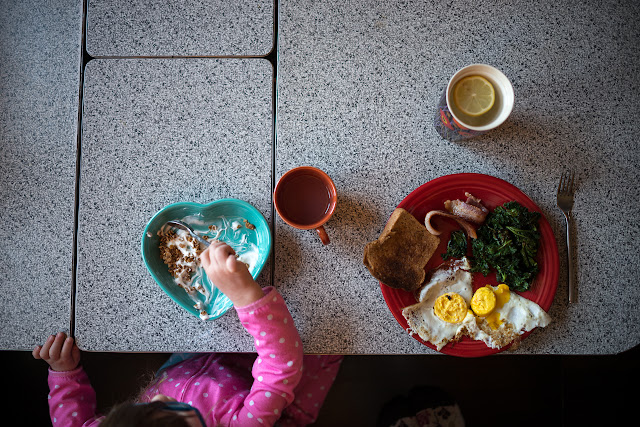 Meadow and I had breakfast while Scott slept.

I love sleeping in. 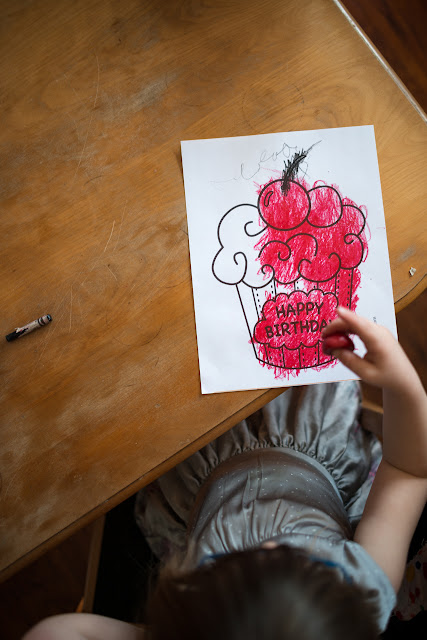 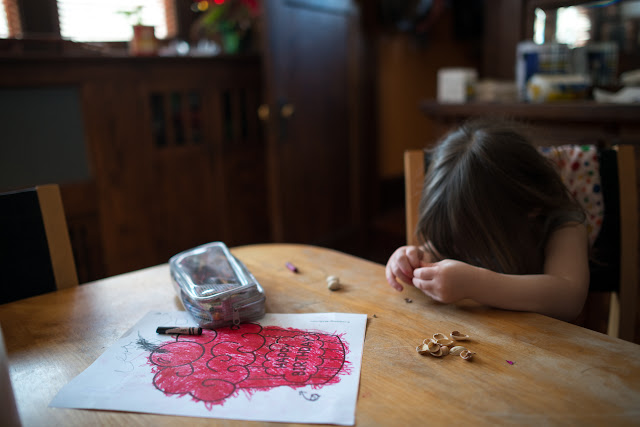 She does the same thing on an iPad coloring game. 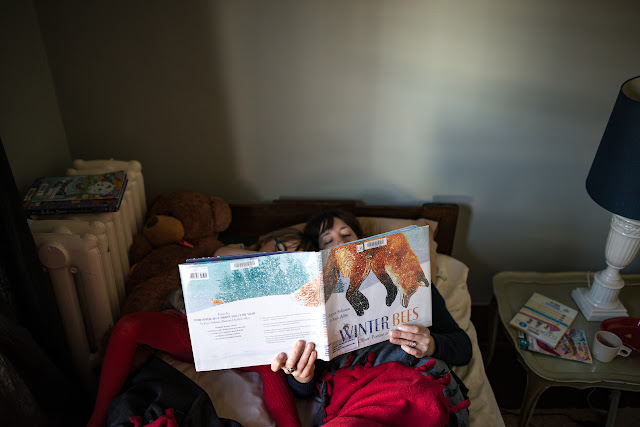 I'm still not feeling great after being sick. Meadow and I read books in bed. 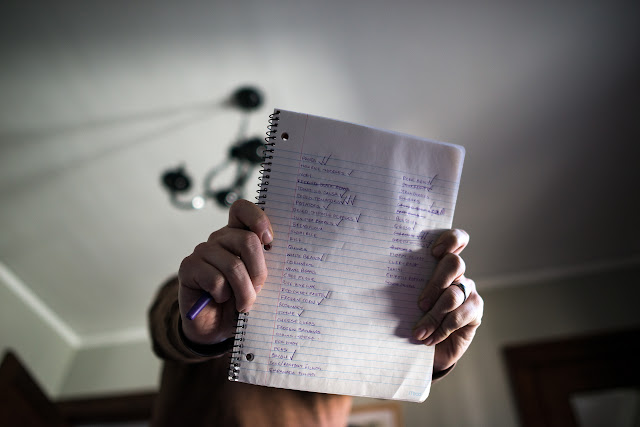 I came up with a meal list for the week. I was super proud of using so many items that we had laying around the kitchen.

Every week I take inventory on all of our food and Scott finds meals on what we have. He's pretty good at it. 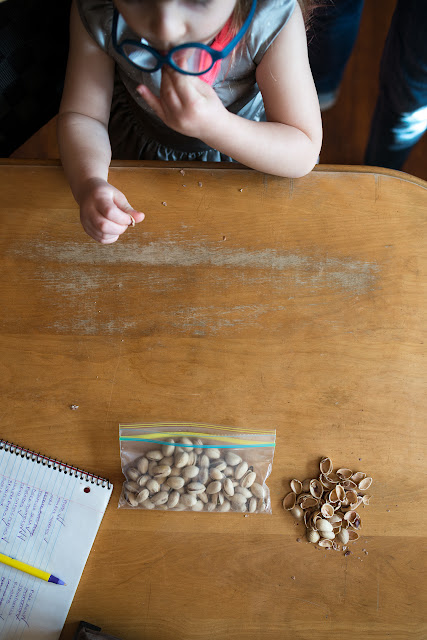 Meadow ate some 'stachios while Brooke finished up the list with a few breakfast meals. 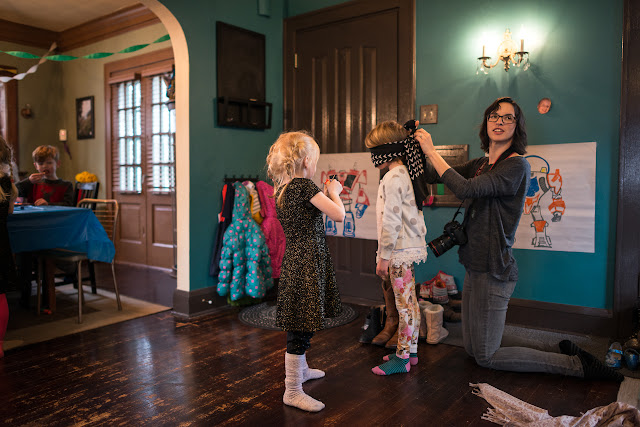 Then it was party time. Olive had a Rescue Bot party. Complete with pin the Olive or June face on the bot.

I can't believe this will be our last birthday party with them at this house. 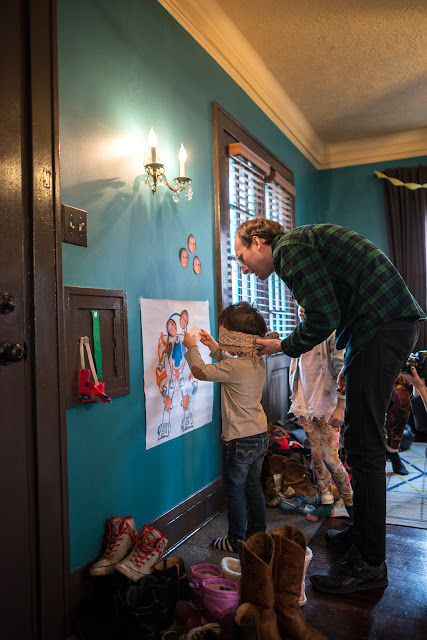 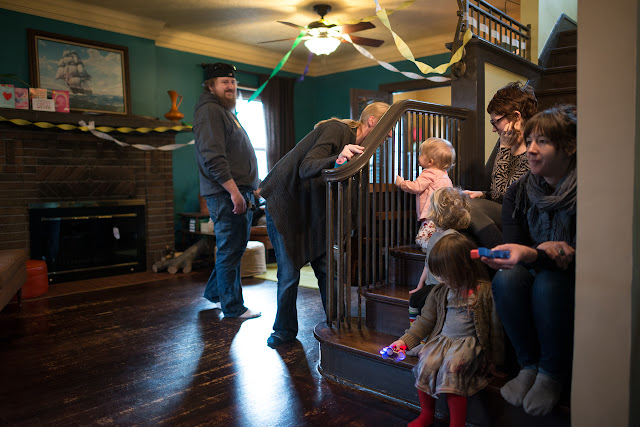 The usual Fiala family birthday friends were all in tow. 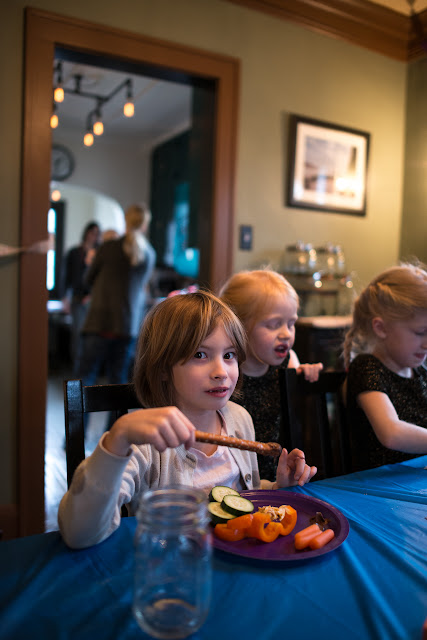 Can't believe this kid is six. Still remember when she was a tiny little thing and the Fialas claimed they were moving soon. Well, it only took this many more years for that to come true. 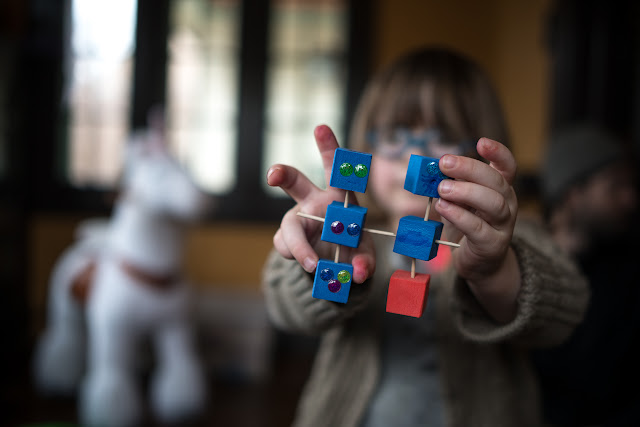 The kids got to make their own Bots. 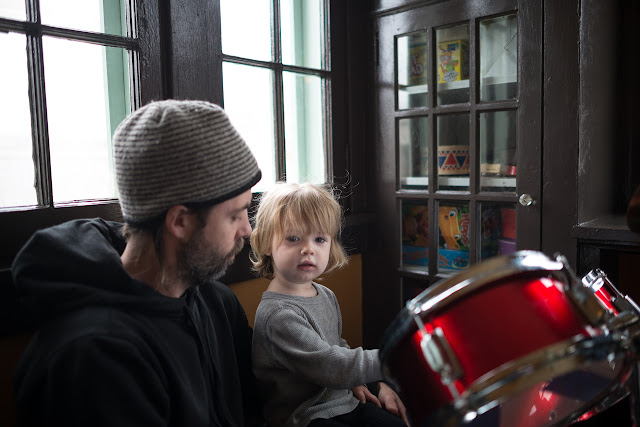 Lydia gave Aaron a few pointers about how to drum. 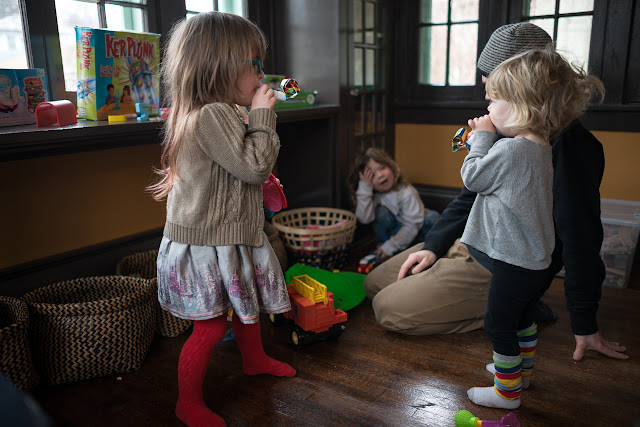 Then the kids blew party favors into one another's faces. 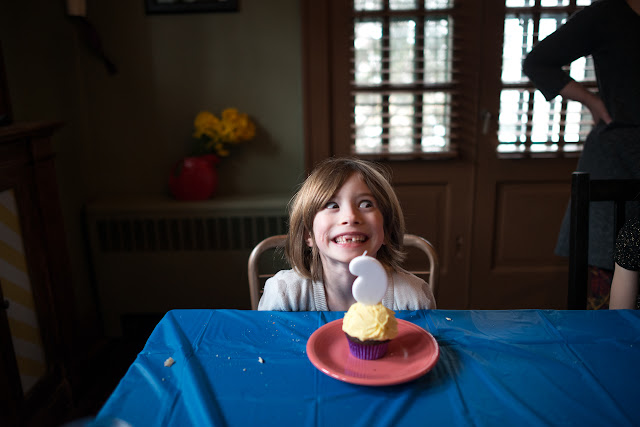 She's pretty excited about being six. 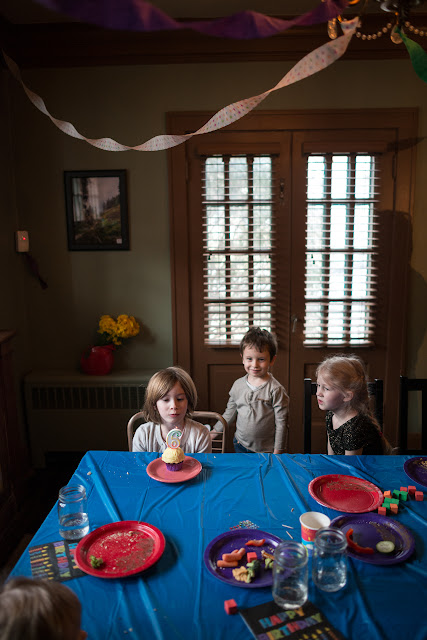 I was pretty excited about eating a cupcake. Oh, hey, June. 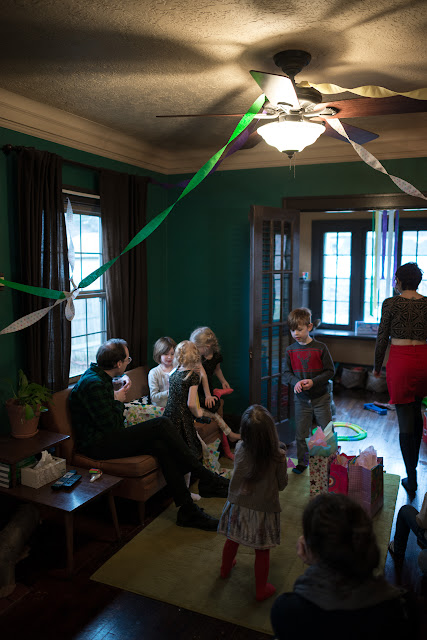 After presents, everyone went home. 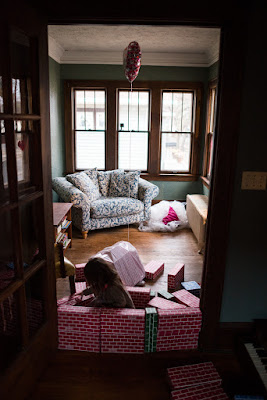 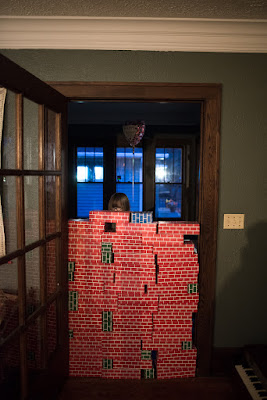 The Fiala's are letting us borrow some of their toys while they are off adventuring.

The rest of the night was spent low key. I wasn't feeling well and Scott played his new favorite game, Madden '16.

Boo, to not feeling good. Heck ya, to Madden! Craigslist steals are the best.