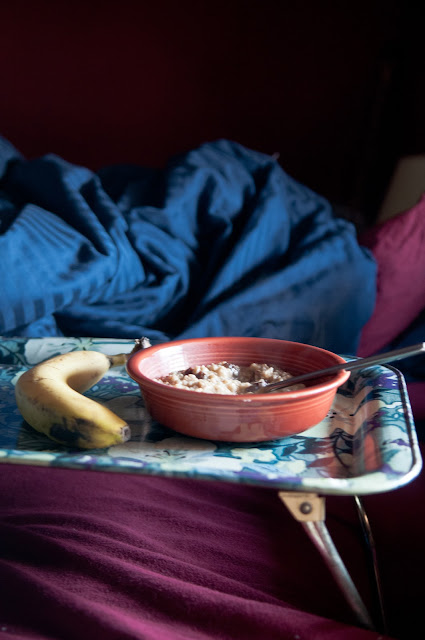 For Valentines I made Scott a bunch of coupons. One of them was breakfast in bed. When we woke up he said, "Breakfast in bed coupon day?" We didn't have any milk, so I said I could only make oatmeal. He changed his mind then asked for his Grandpa's oatmeal. After I made it and brought it upstairs he was back to sleep. An hour later he realized it was there then said, "This doesn't count towards my coupon right?" What a punk.

Oatmeal is a zero on the breakfast scale. It's something you eat on a Tuesday morning. I thought coupons had some value to it. Still love you babe. 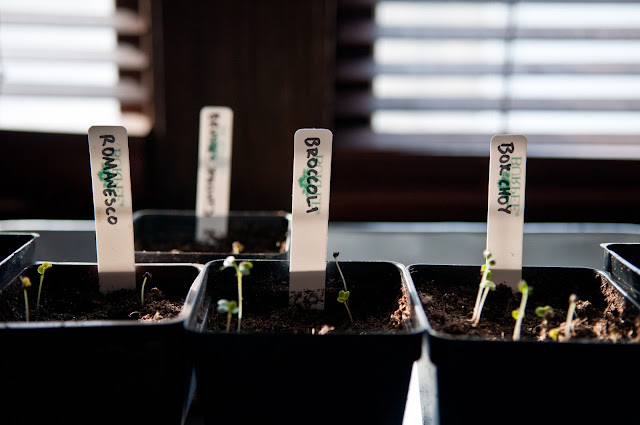 After only a week, a few of my plants have already sprouted. I hope they don't get too big before I can transplant them to the garden.

Too big will probably mean that they'll survive. So, I'm not to worried. 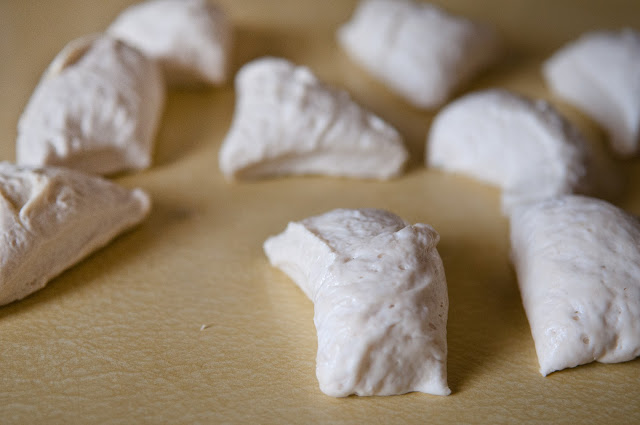 This weeks bread is Potato Rosemary. I made a biga the night before and brought it out to warm up. 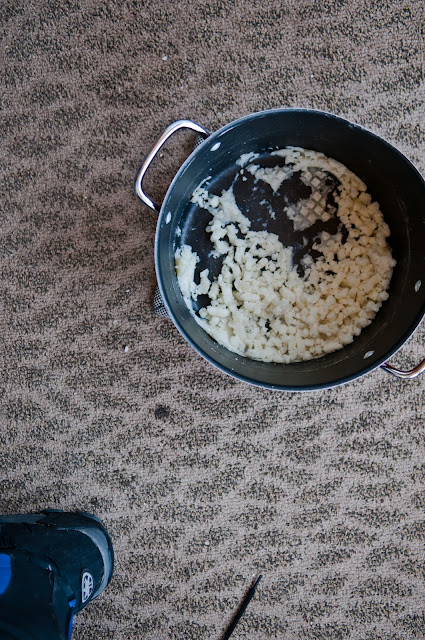 As this had potato in it I had to make mashed potatoes. I brought it to the back room to cool. 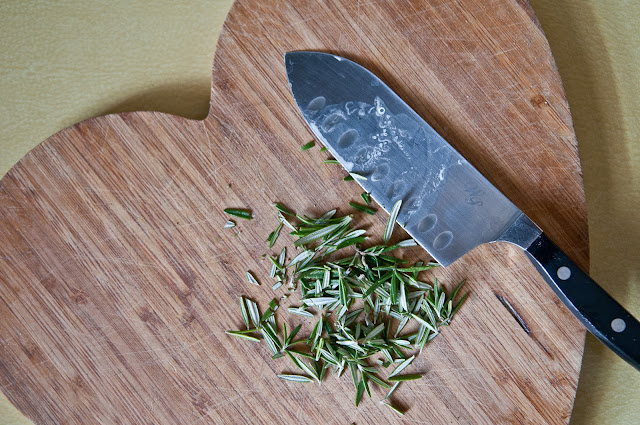 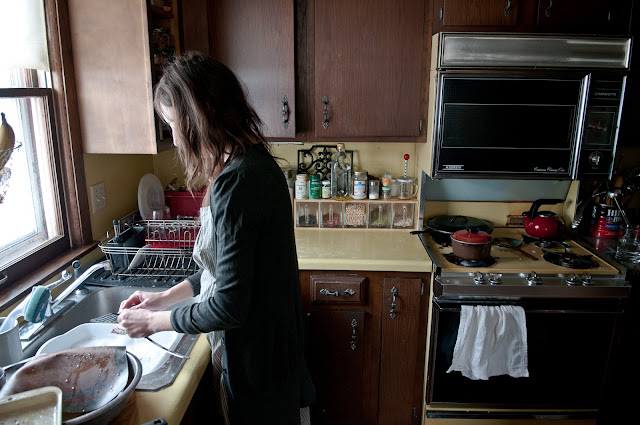 Clearly our Sundays aren't that exciting in the dead of winter. We should've went snowshoeing. 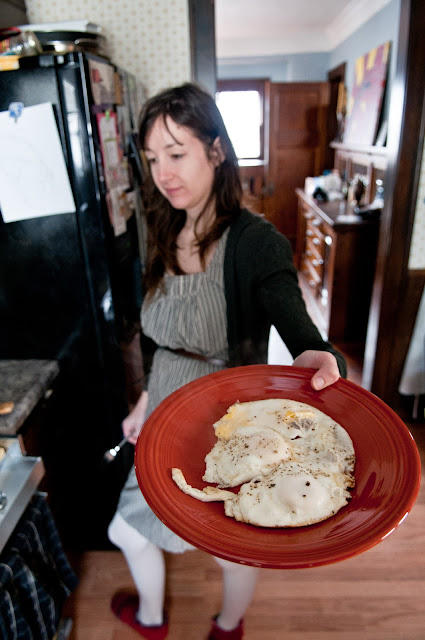 We didn't have any leftovers for lunch so the only thing I could think of to eat was eggs. Not exactly the best lunch. 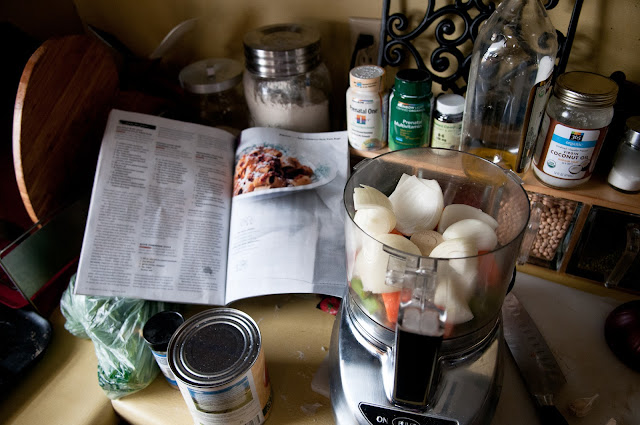 Dinner was going to take four hours to cook, so I started right around lunch. I made Rigatoni with Spicy Calabrese-Style Pork Ragù from last months Bon Appetit. 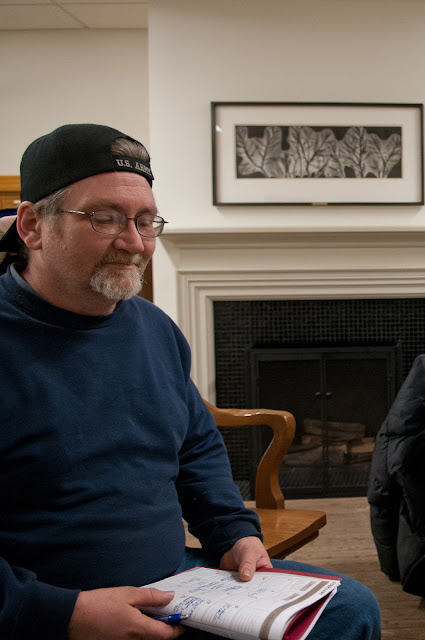 Around three, I headed over to a neighborhood meeting. The neighborhood board recently decided to start a design guidelines subcommittee to deal with new development and landlords who respectively build cracker boxes and f#$% up the old homes in north Minneapolis. 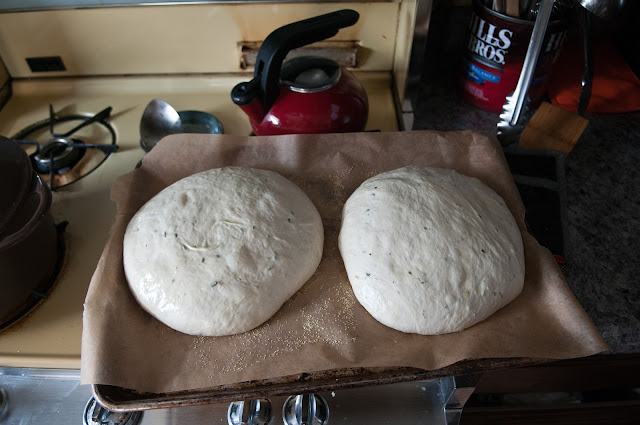 The loaves were ready to bake while Scott was gone. 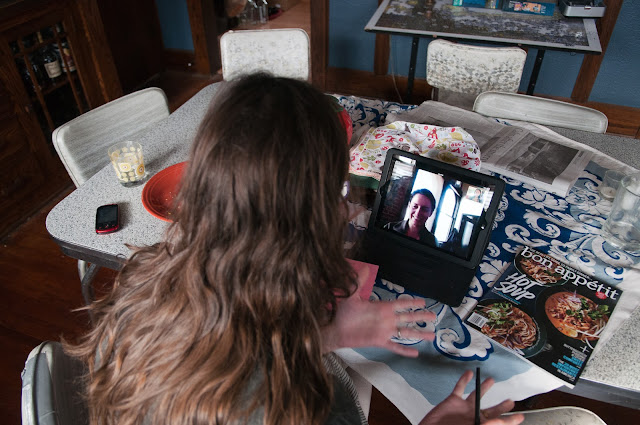 Since I get a spring break this year I decided we should go on a trip instead of sitting at home for a week. I didn't want to go anywhere in the midwest since we do that all the time.

Scott's sister Katrina told me recently they were planning to move to Michigan this spring so California it is. I Skyped with her to double check that the dates we plan to come work for them.

They talked for the entire time I was at the meeting. I'm excited to see the Bay Area, but I don't blame them for leaving the exorbitant cost of living. 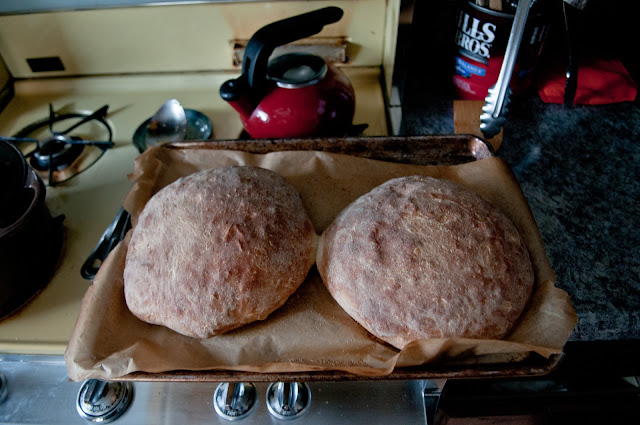 This bread was so good. I think it was the best I've made so far. It didn't have a strong potato flavor at all. The crust was crispy and the inside was so soft. 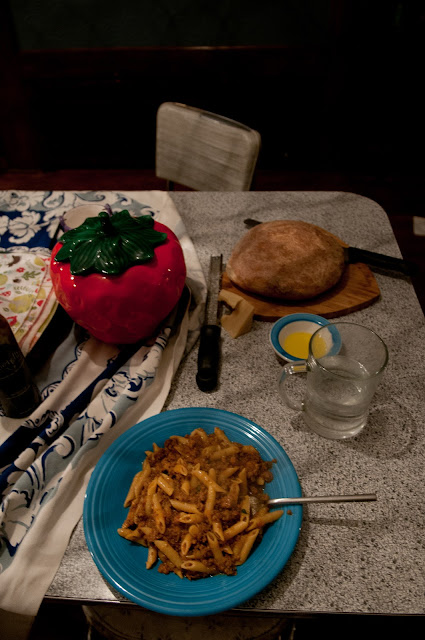 Scott joined in on the conversation when he returned and before we knew it it was getting late and we needed to eat.

The ragu was good, but not as good as a few bologneses I've made.

Then we ended the night by watching the last season of Weeds. I can't wait for the movie.

I'll miss this show even though the last episode was a bit bonkers. I guess you could say the same thing for Twin Peaks.