By Brooke August 14, 2011
The second week proved to be more of a challenge for our local month. We are starting to crack down on wedding plans. We both bought our wedding attire from the Mall of America. I did feel a little guilty about that. I had originally wanted to buy my dress from a vintage store. I have been looking since we got engaged (even before that) and everything I found wasn't in my size or a style I liked.

Then we bought some candles at Target while doing our registry. Scott bought lunch at Jimmy John's.

All our groceries have been local. At least we're still good about that.


Scott was in southern Minnesota yesterday shooting a wedding. I didn't think he was going to come back that night and scared me when he got home.

My sister's wedding is coming up in 2 weeks and I get the honor of making the cake. I tested out different cake recipes.

While Scott made pancakes.

We started out eating by each other.

Then Scott moved over to his favorite spot in the house. Next to his computer.

I swear I was checking out something very important.

Earlier this week I cut the lawn. It was getting to be a bit I'm-too-embarrassed-to-admit length. I noticed this plant growing in a random spot in our yard. Anyone know what it is? Is it rhubarb? Swiss chard? Or just a weed? I hope its rhubarb, I've had an unsuccessful attempt at trying to grow some this year.

We tend to stretch out the time between mows. It's been difficult getting to normal household tasks with weddings (attended and photographed), bridal showers and random visits to Wisco.

We left a a path in the middle, so the garden isn't as full as last years, but I believe we're getting more produce out of it. Brooke did a great job.

The neighbor kids spotted us. They must have some kind of Brooke and Scott radar.

Then they stole our cameras.

And took out of focus shots.

Or missed a part of our body.

Even the poor kitty was hounded by the little ones.

Woah. There's my head. If you put the earlier one with this one you almost have a decent photo.

As you can see this went on for a while.

Later, Scott discovered skype on his new phone. I still haven't figured out how to take a screen shot. Anyone know how?

I did, but I recently upgraded OS X and can't figure out where screen grabs are saved.

For lunch we had leftover pasta.

Since our wedding is on a very tight budget we decided to start gathering dinnerware from wherever instead of renting it. We don't really have a theme so matching isn't a big deal for us. I've been checking freecycle.org and craigslist. We found someone on craigslist giving away a whole set for free.

The way things are going it's more or a less thrift shop wedding. Since our house is also very reliant on antique and thrift shops, I'm confidant it will all come together.

Other people are doing it too, so it's not that weird.

We worked on our online registry.

Brooke really wanted some Fiestaware items. We really don't need any more kitchen items, but you can't stop Brooke and her fascination for kitchenware.

Then we headed to Fleet Farm to register there. Because we're cool like that.

Scott was excited to get new tools.

I just want to have all the tools I need to fix things in the house. I also want the know-how, but you can't buy that. 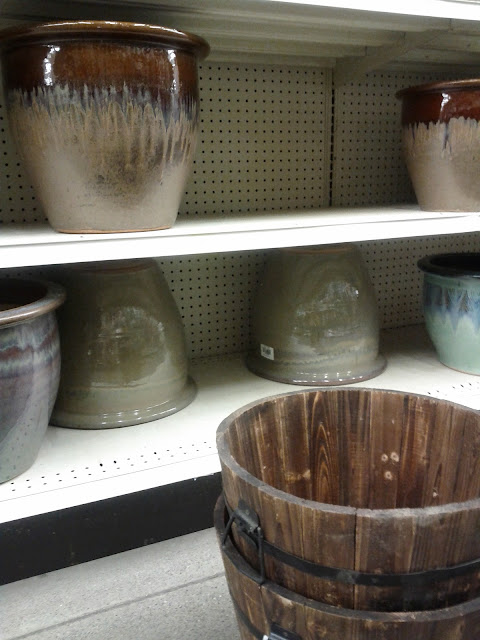 Again we were bad and bought a few items there.  They had giant pots on clearance. Normally they sell for $50, but they were only $13.

They were not exactly local, but they were a good deal.

Afterwards we picked up the dinnerware.

The person giving them away kept emailing me saying she had somebody else coming to pick them up. In the end we got them.

The kids radar went off as we were heading home. They ask Scott at least once a week to "air up" their bike tires.

I tell them I don't know what that means, but I may be able to pump their tires up. Thankfully summer's coming to an end.

Then they tried to steal our cameras again.

For dinner we had a mix of curried vegetables.

Then the kiddos came over to play video games. A mistake on our part because now they want to come over everyday to play.

The next day they wanted to play again. I told them no and then they had a tantrum of sorts. Then they pulled herbs from the front garden. I headed straight for their house and let their grandma know. They wouldn't come back for a couple weeks.

Blake Romenesko said…
That mystery plant is burdock: one of the most common wild edibles. It's a cousin to rhubarb. Apparently the whole plant is edible, but nobody seems to eat the leaves. Seeing how the pant is a youngster (not flowering) you would want the root. The root is similar to carrot. The plant will keep growing back until you dig up the root anyway. I have burdock root recipes if you want: "Burdock with indian style spices" and "Burdock and carrot stir-fry"
4:19 PM, September 08, 2011

Amanda said…
What a fun and exciting post full of so many things! :) I think its too funny that you guys are like the thing to do for your neighbor boys. They must also think your life is interesting! I think you have a lot of neat items for your wedding! I wish I'd be able to see them all!
Brooke I liked your purple shirt/dress...very cute.
7:58 PM, September 09, 2011