2 Days of Snow Much Fun 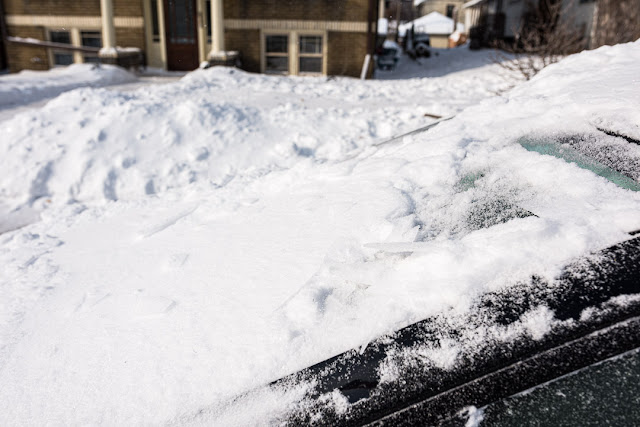 We were home again this weekend. After a snowstorm over night we decided to play outside.

I got the fun task of moving the car. There was a layer of frozen snow on top of the ice and the windows were iced over. 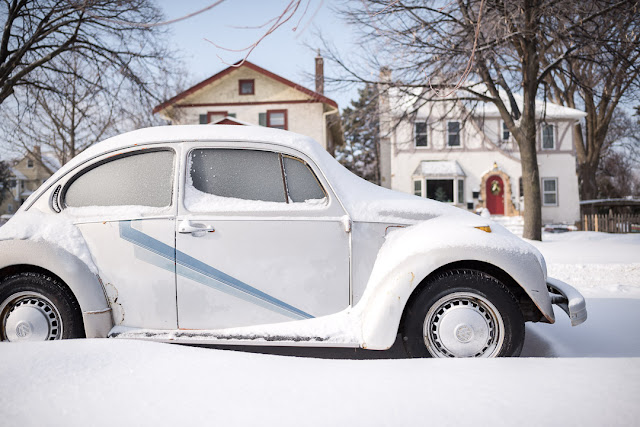 I love this Beetle and it looks even better in the snow. 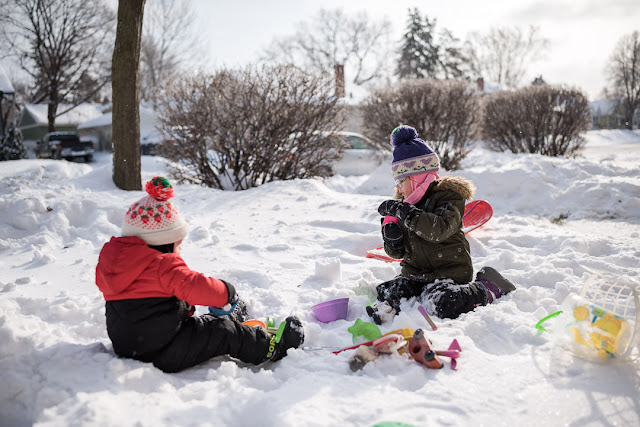 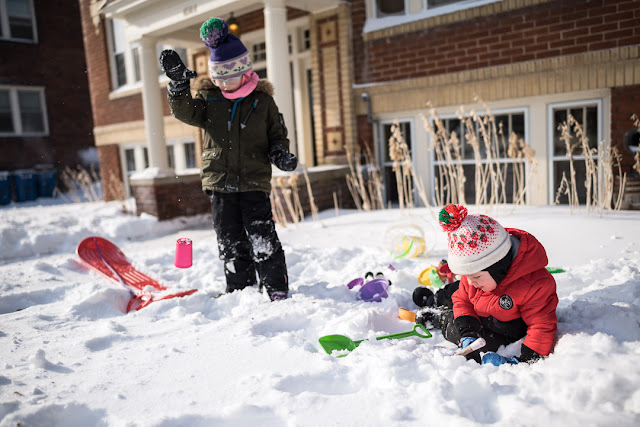 We thought we'd go sledding, but the kids just wanted to play with sand toys in the snow. 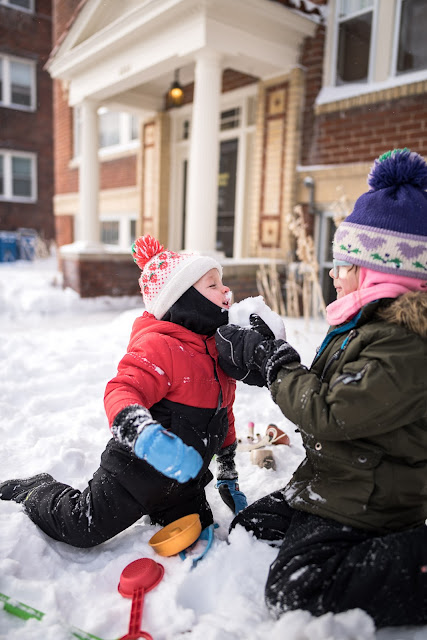 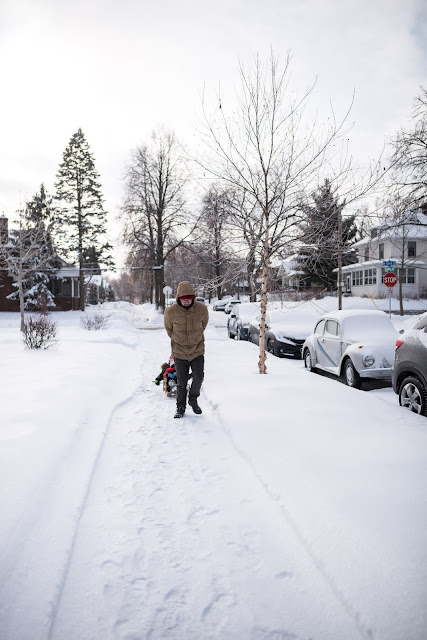 We took a quick walk around the block, but the wind was brutal. 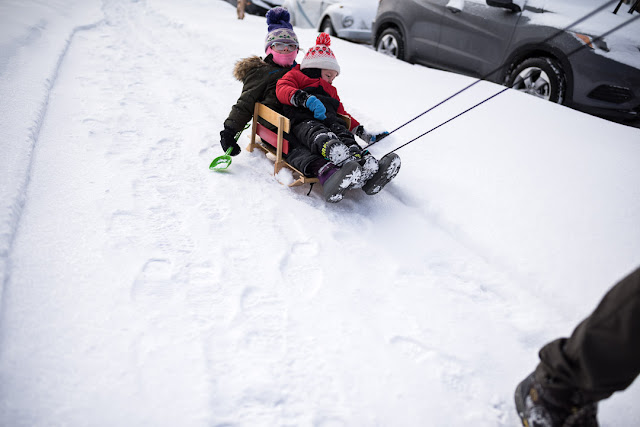 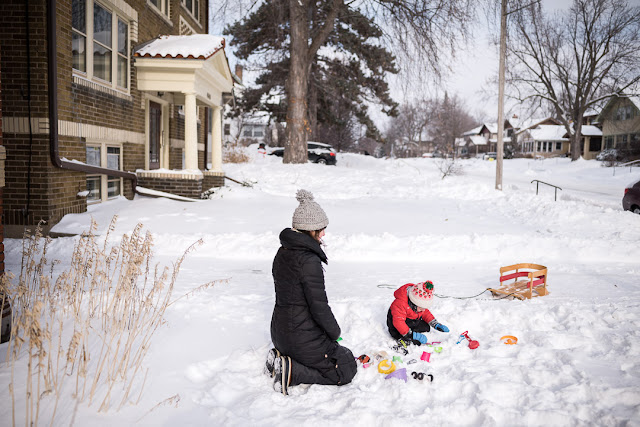 I guess this was as far as we were going to get. 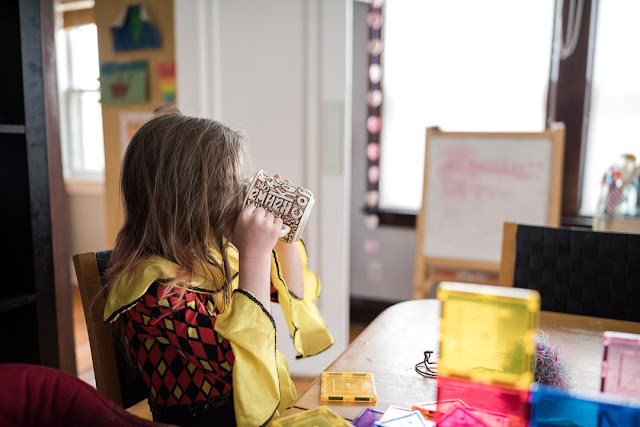 As always we promise hot chocolate when coming inside.

It's the only way to get her inside sometimes. 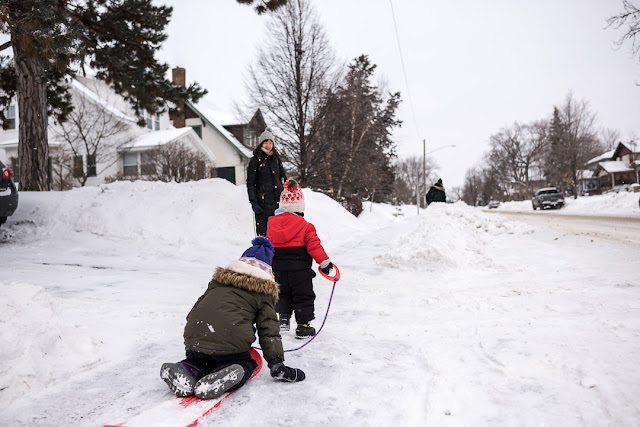 The next day we decided to go ice skating. 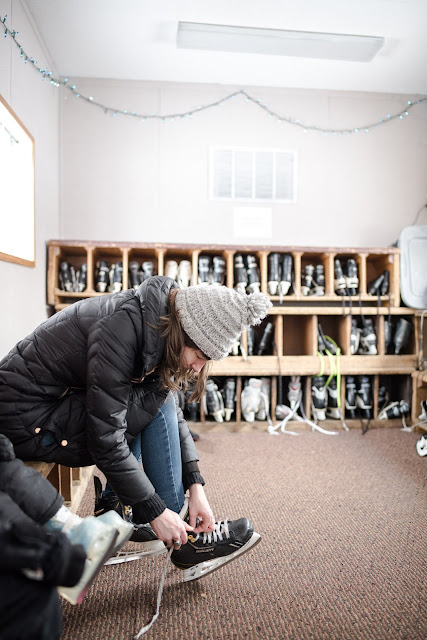 I wanted to try the free skates instead of using my own. I had a hard time finding skates in my size. 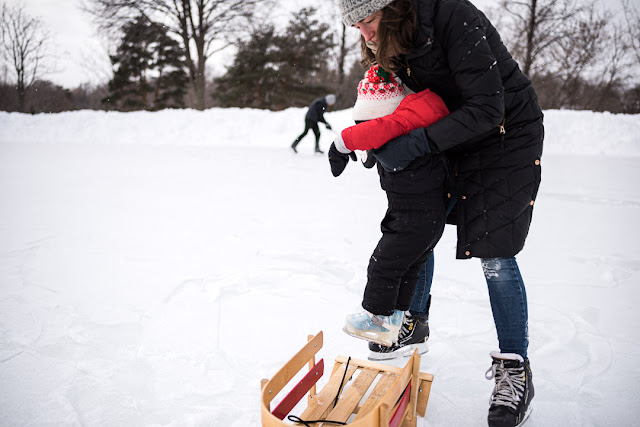 We are trying to get Theo on single blades right away. He doesn't agree with this idea. 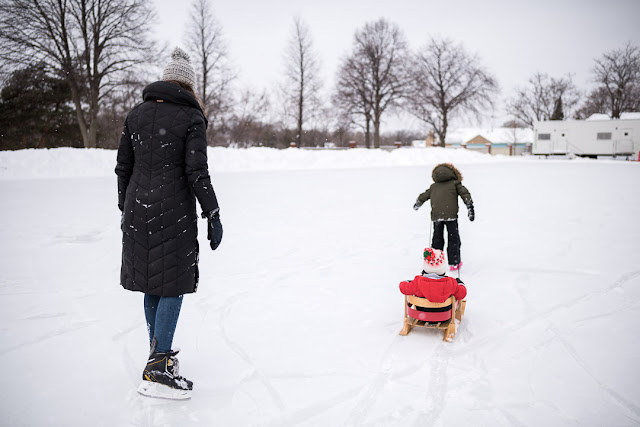 His wooden sled slid right across the ice. 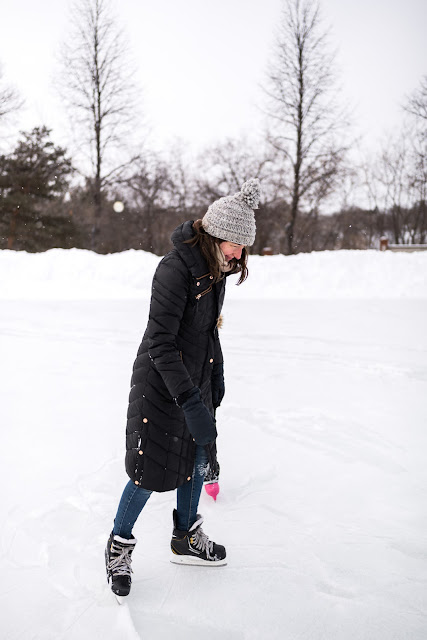 Hockey skates are definitely not the same as figure skates. I fell pretty hard trying to do a spin.

She never noticed that they don't have the stopper in the front. 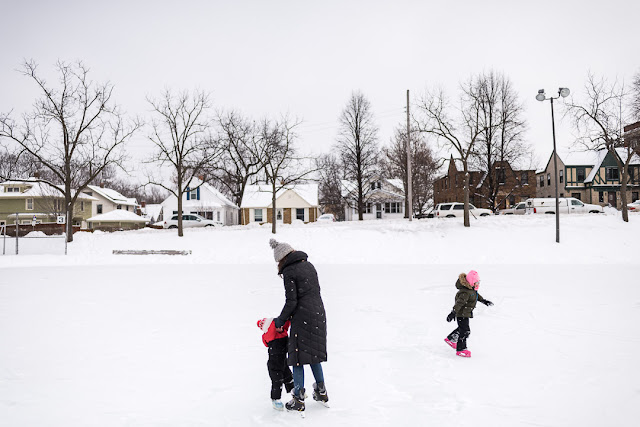 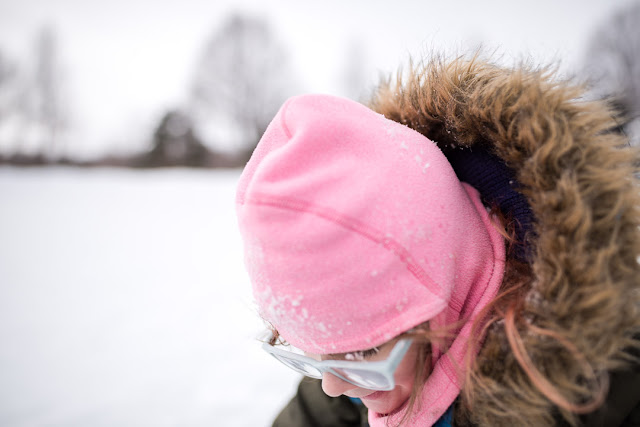 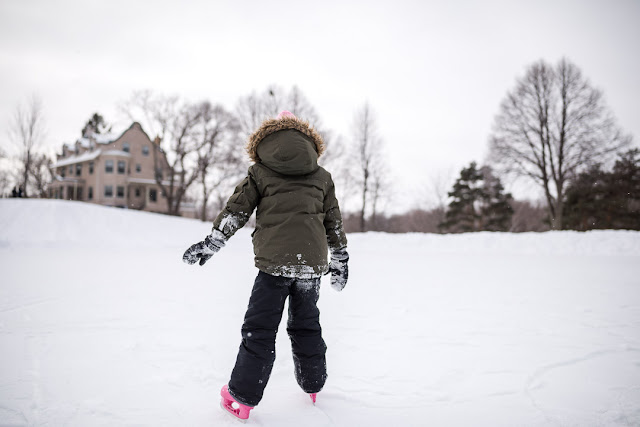 Meadow's getting pretty good at skating, but she always wants to do "tricks," which makes me nervous. 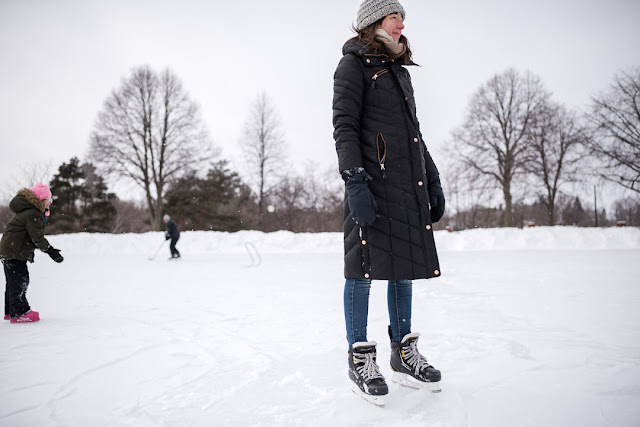 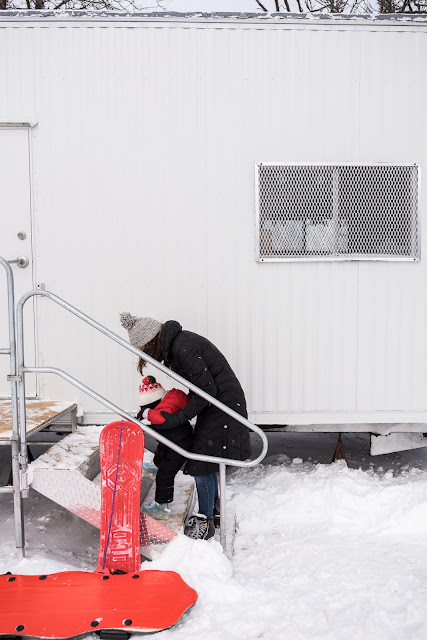 Theo decided he was done skating. 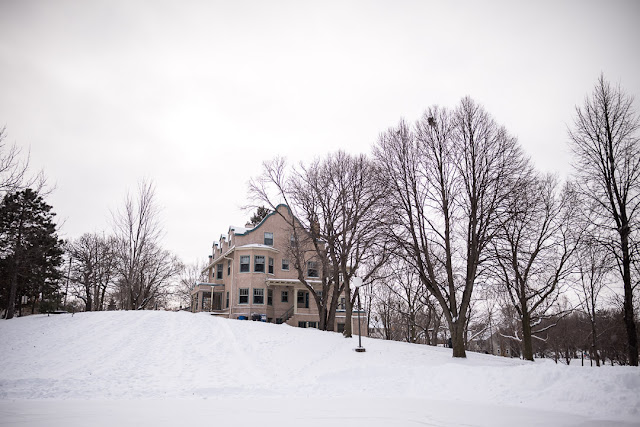 It would've been fun living in the Wirth House and watching the families skate and sled in your backyard.

Meadow said she wants to be the Park Superintendent when she grows up so she can live there. 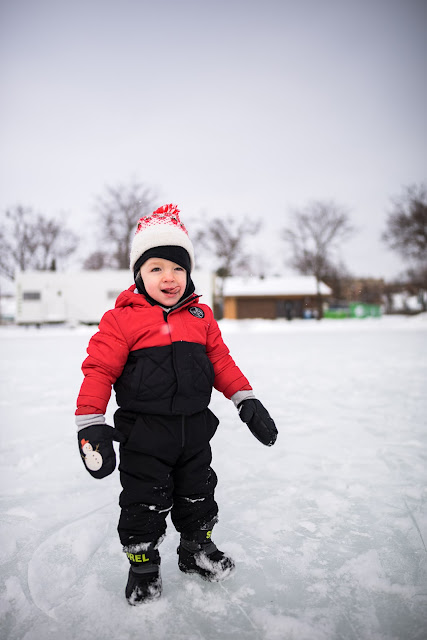 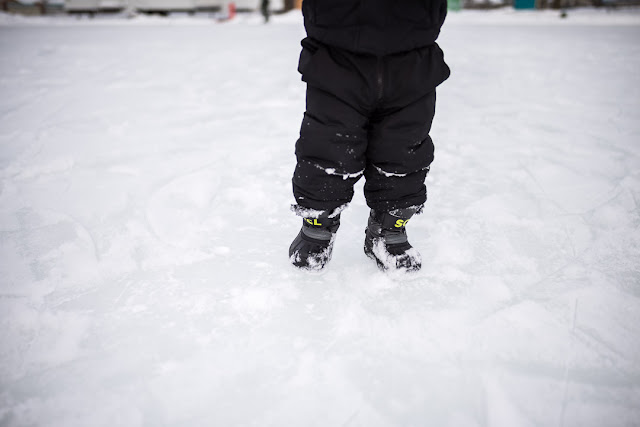 He liked the ice a lot better on two feet. 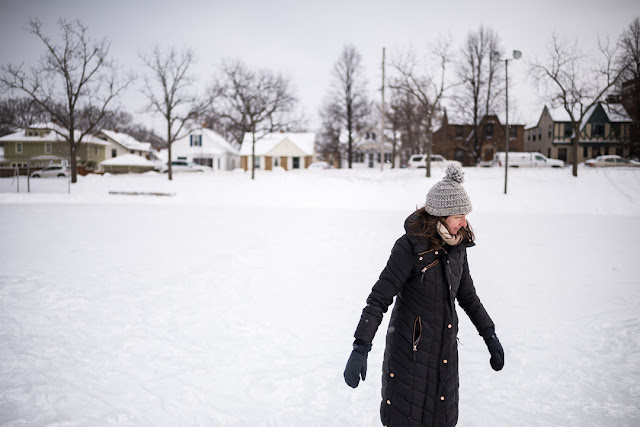 Meadow fell and landed on her face which resulted in her glasses breaking.

My intuition was right. Perfect the skating first, little gal. 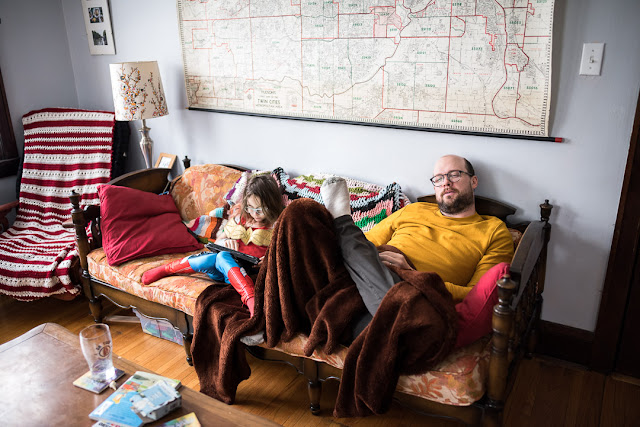 We watched the AFC Championship Game in anticipation of the big Packers game.

On Friday I finished my backpack. I'm pretty proud of this considering I've just picked up on sewing within the last year. I also have a very basic sewing machine. My machine literally only has 3 settings.

Let's hope it holds up on our upcoming trip to Mexico. 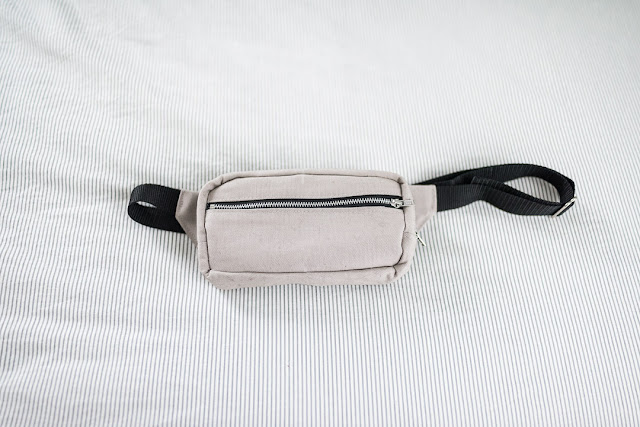 While they watched football I finished my next sewing project, a fanny pack. Much quicker to make than the backpack, but surprisingly harder. 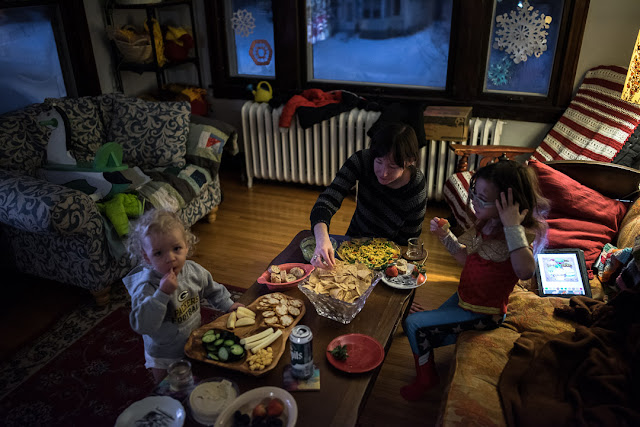 In honor of the Packer game we had a snack dinner. 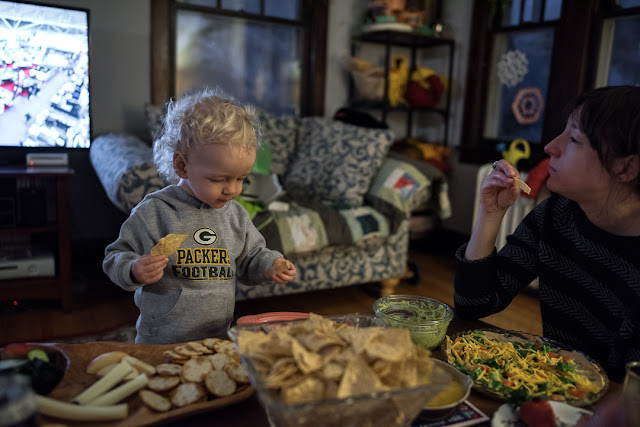 The snacks were epic, but the game was a big let down. Still, great season, Packers!