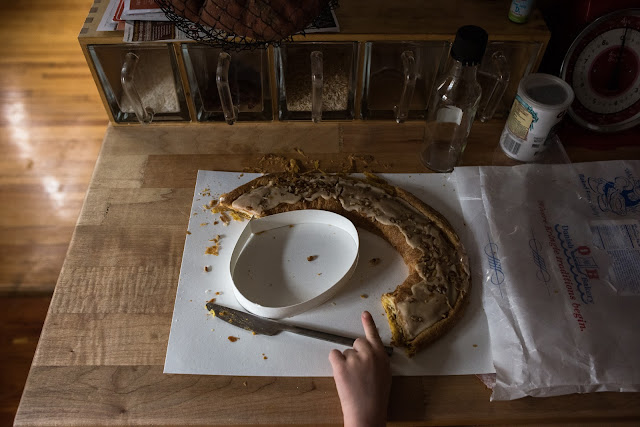 We planned on doing a bunch of errands today. So for breakfast we ate some caramel pumpkin kringle from Racine, Wisconsin's O&H Bakery. I totally forgot Trader Joe's had their kringle. I guess that place is good for something after all. 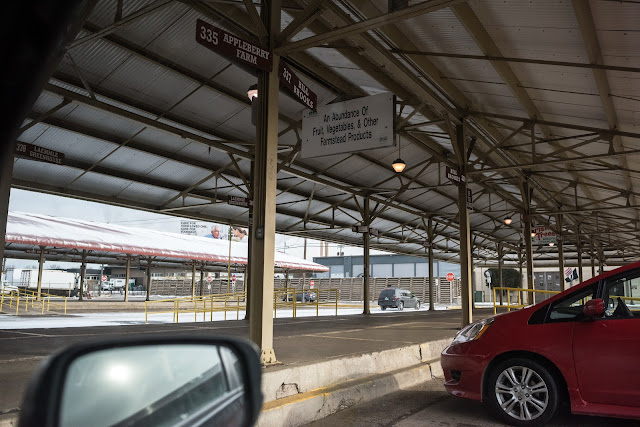 The Minneapolis Farmers Market runs until the weekend before Thanksgiving. I thought we would check it out and stock up one last time. Turns out nobody is selling produce anymore. 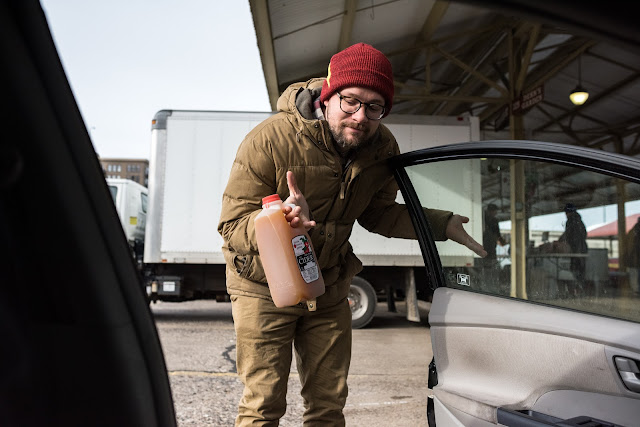 With the early snow and cold temps the season is over. I did manage to get some cider. 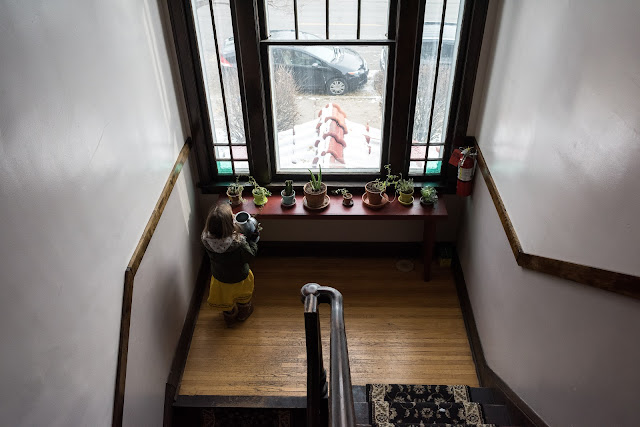 Meadow has been a good helper lately.

Brooke did a nice job livening up the stairway with more succulents after some herbs died. 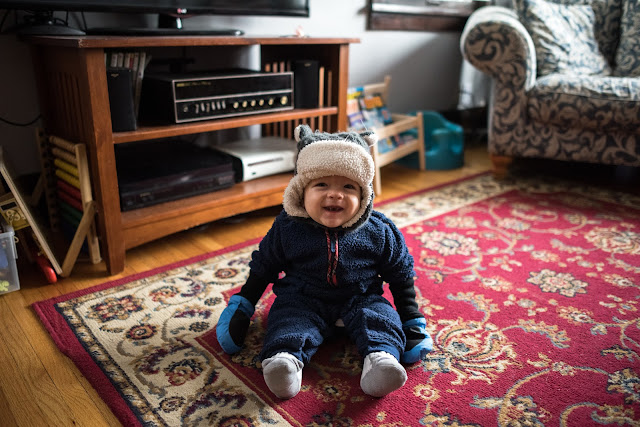 This kid was so cute in his one-piece snowsuit. He was probably disappointed he didn't get to show it off at the Minneapolis Farmers Market. I got sick of having to feed Theo while I'm trying to eat.  I dehydrated his baby food and cut them into strips so he can feed himself.

This is so much easier and he learns good eye-hand coordination. 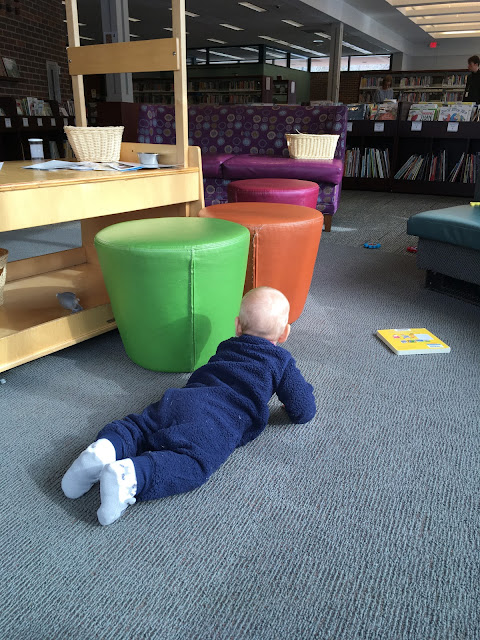 I took the kids over to the library for a family craft day. 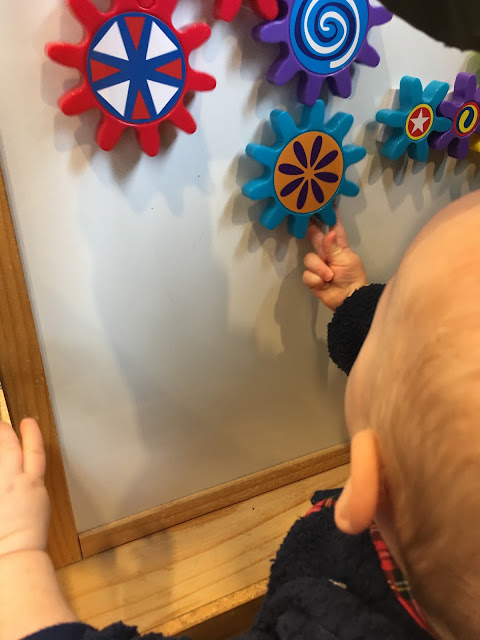 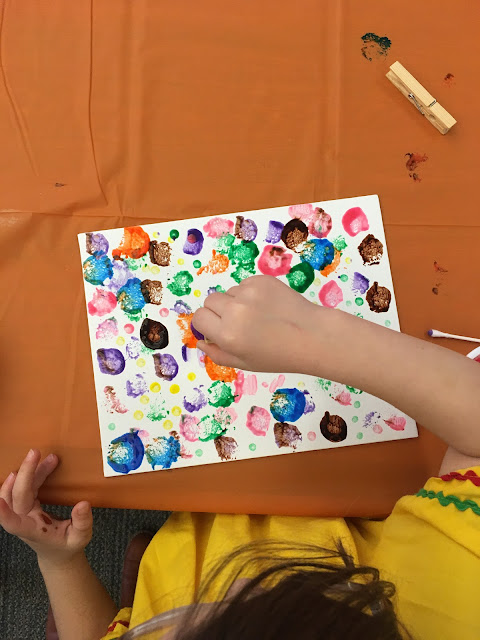 The craft today was painting with pom poms on canvas.  Meadow was so proud of her picture. 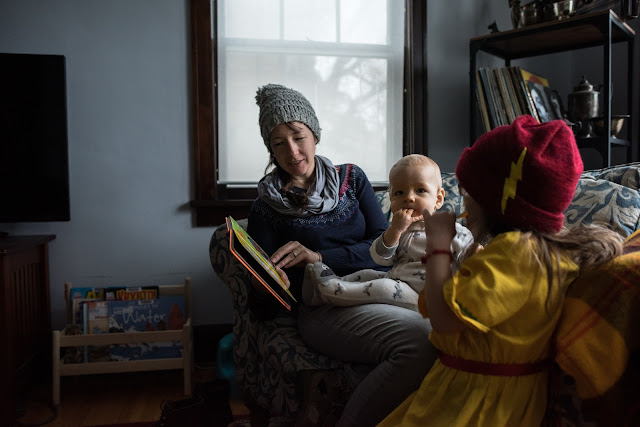 After this Meadow and I went to Costco. I hate going there on the weekend. When we got back to the car I couldn't find my keys. I was thinking, oh great now I will have to retrace my steps and hope that someone brought them to the front desk. I was sitting in the car thinking this, when I realized, wait a second, how did I get in the car? They were in the trunk the whole time.

She did manage to lose our grocery list. So, we had to rewrite the co-op half from memory. 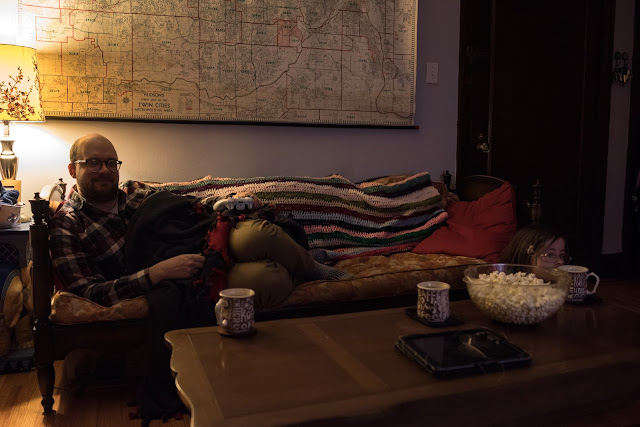 After a family trip to the co-op we settled in for the night with a movie. 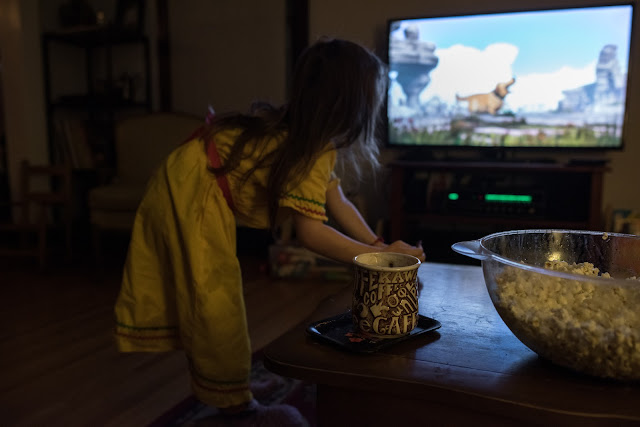 Actually a bunch of Pixar shorts. I'm so glad Meadow likes their movies as much as Brooke and I. Oh, and the hot cider wasn't bad either.