Our Last Saturday at the House on Queen Avenue 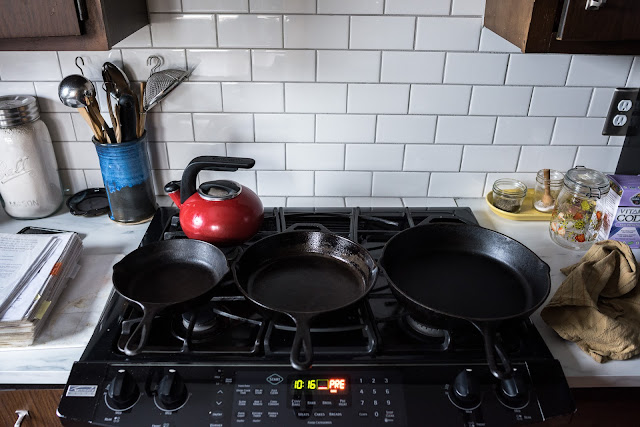 I had realized the other day that this will be our last weekend in this house. Also my last breakfast with Scott and Meadow here.

Don't worry, we'll have plenty of breakfasts at our new digs. 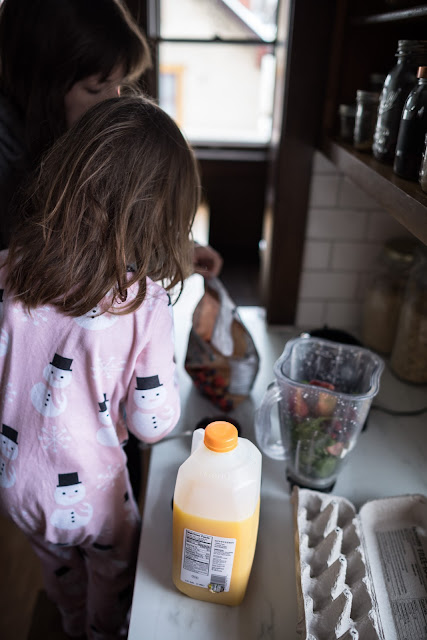 Meadow and I still have lingering colds so we had a smoothie with our breakfasts. 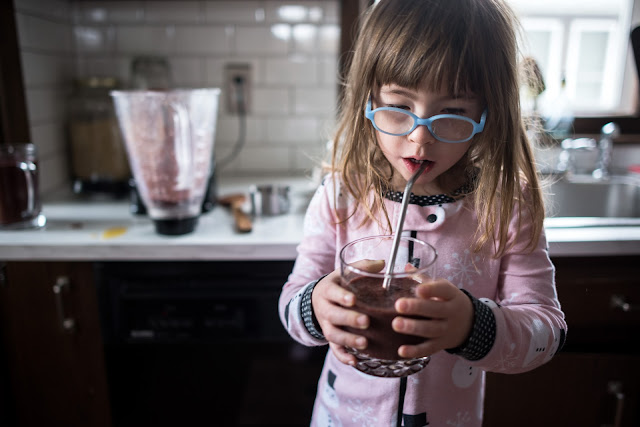 This kid really likes smoothies. It's like one of ten foods that she consistently eats. 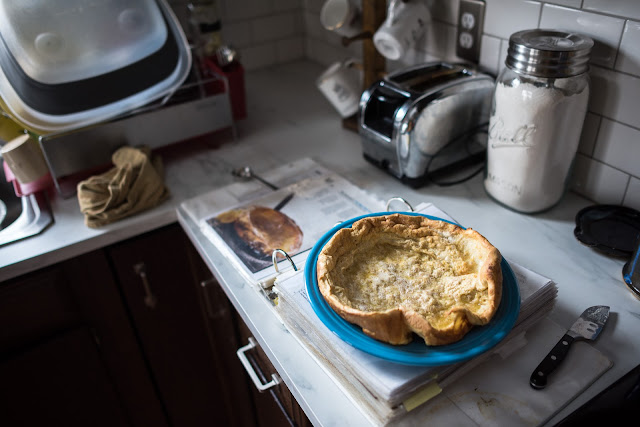 I thought I was going to be making crepes this morning, but Meadow requested big pancakes.

She was even getting mad when we wouldn't get out of bed to make them. 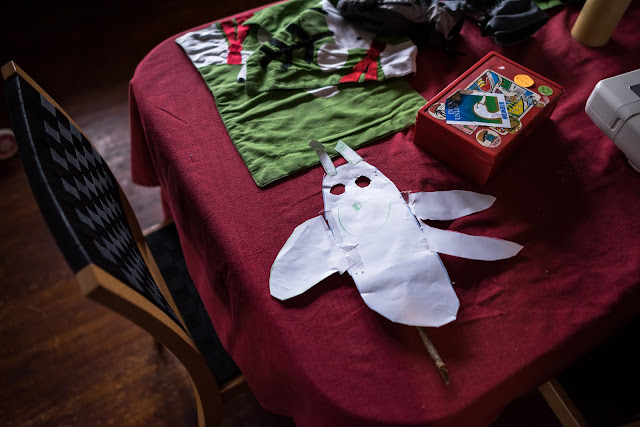 She had just made a butterfly mask a day earlier. She insisted on making another one today. Only this time she made a cat. 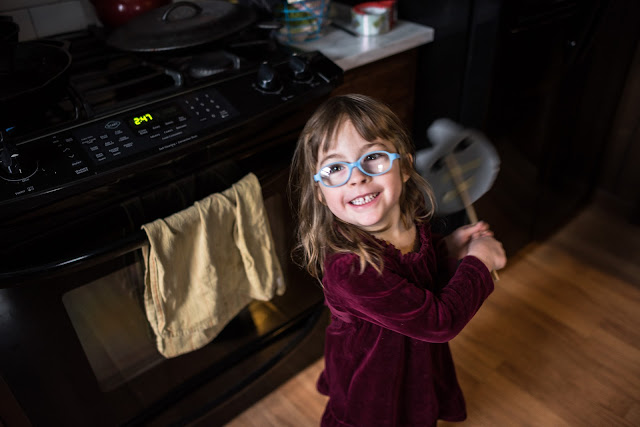 She moves too much to let us take a picture. 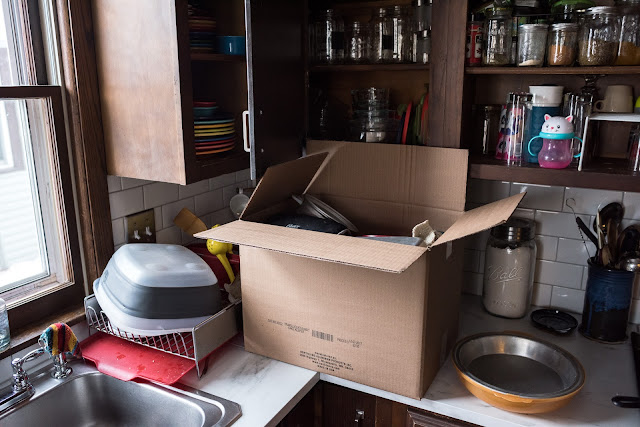 This weekend was dedicated to packing up as much as we could. 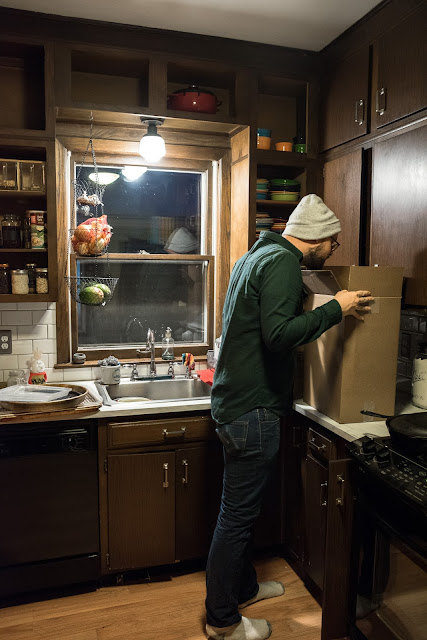 I've been packing up every day, so we only have odds and ends left. That is, besides the kitchen which is our biggest packing job. 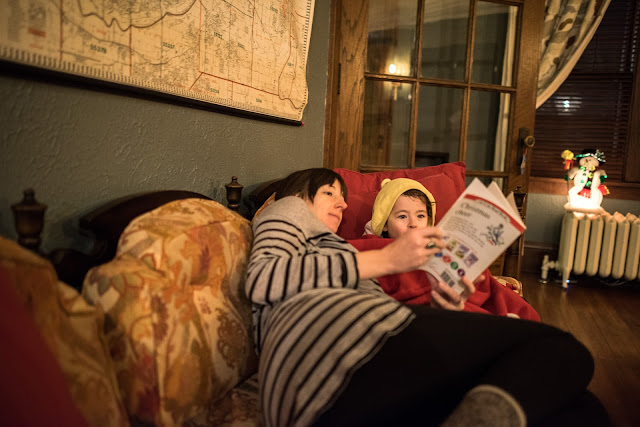 All day Meadow kept asking me to play with her. I told her this weekend wasn't going to be much fun and after we move we will have time to play. By the end of the day I agreed to read Amelia Bedelia Christmas to her, her new favorite book. 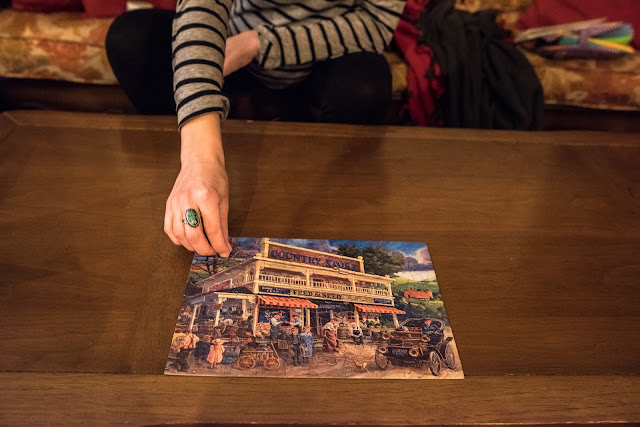 While packing things I found a random 100 piece puzzle. Meadow said it was too hard so we worked on it together.

Apparently you did have some time to play. Ha. 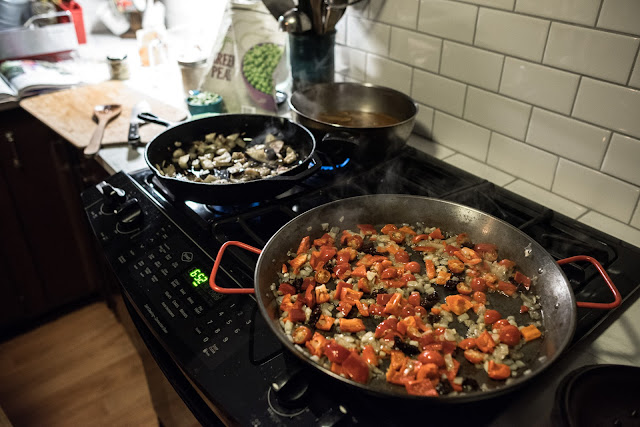 Meanwhile I took a break from packing to make veggie paella. I don't think I would've ever made paella had I had not received this pan from the Torreses back in the day. 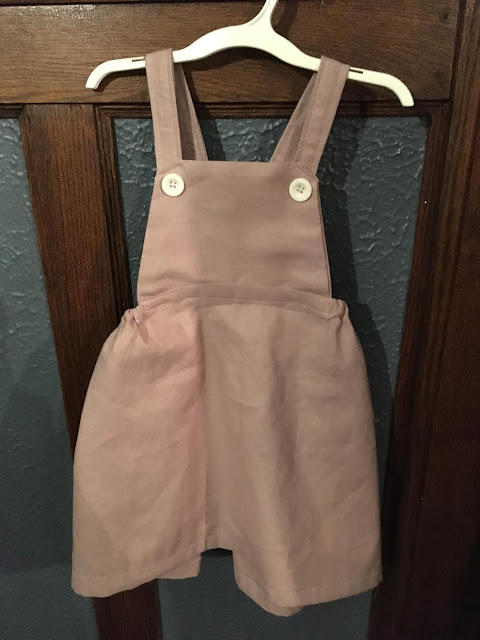 Then I spent the rest of the night making a dress for Meadow for a Christmas gift. I had to work on this after she goes to bed. I really hope it fits her. 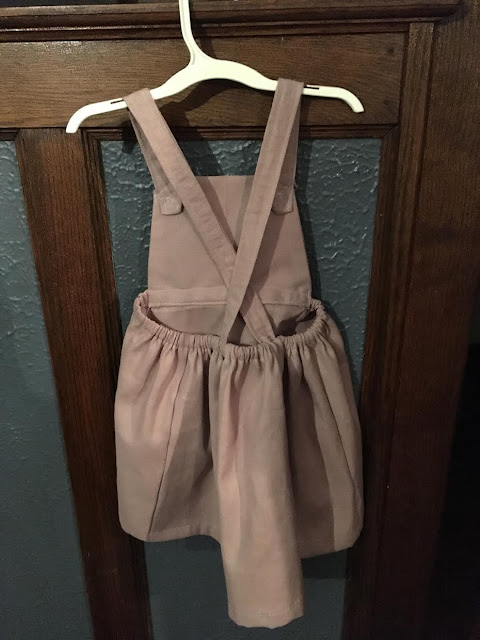