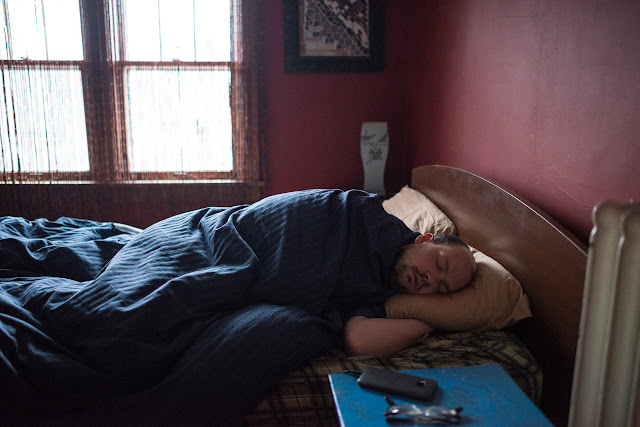 Scott had been working nights all week while I picked up extra hours/days. Today he finally got a chance to sleep in.

I had to shoot five gyms in the immediate area plus two further afield at 10 pm every night this week. Some nights I wasn't home until four or five in the morning. I was pooped. 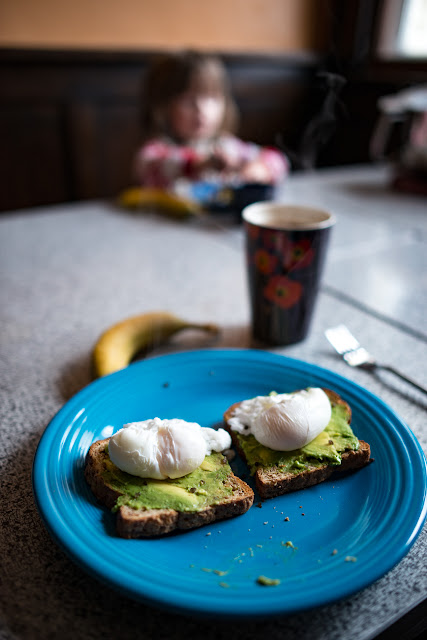 Meadow and I had poached eggs on avocado toast for breakfast. 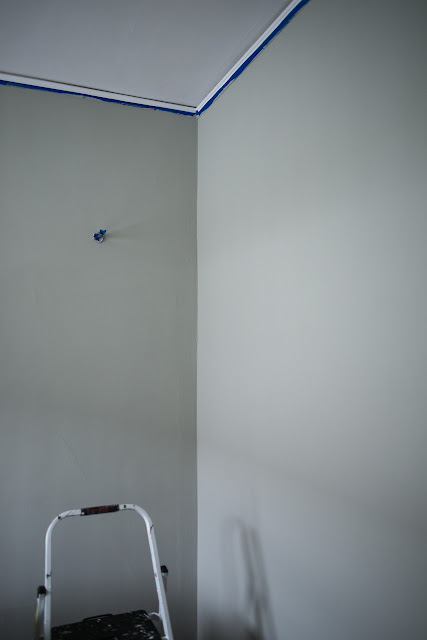 While Scott still slept I finished up the guest room repaint.

Thanks, bear. I had painted it during the week. I got the two coats done while Brooke touched up my work. 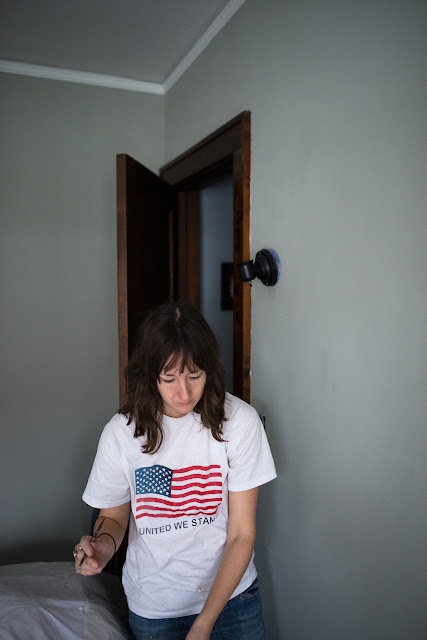 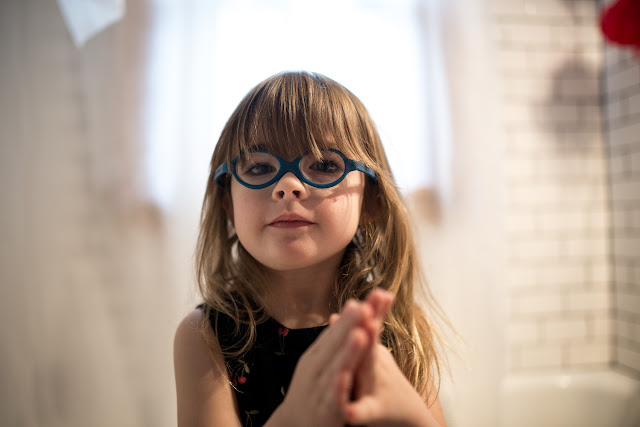 Meadow then needed a bang trim. 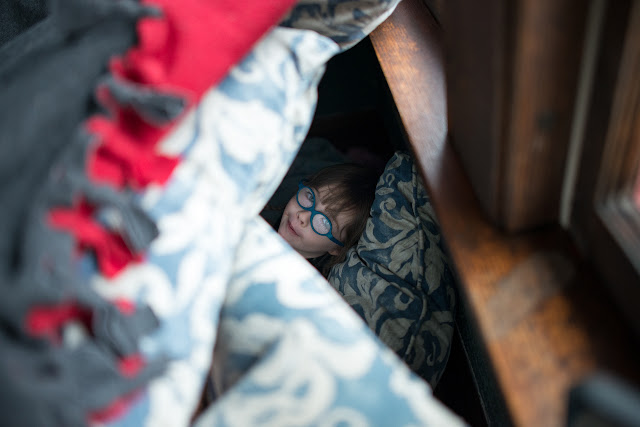 We were going to have a January Friendsgiving, but first Meadow wanted to make a tent behind one our chairs. I guess we didn't need to build a tent after all. 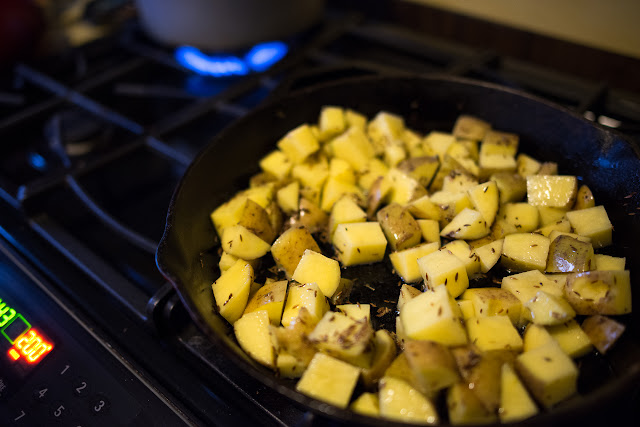 The Tandoori Turkey (we skipped the turkey bag and covered it with Silpats for the last two hours) had already been cooking for hours when we started all the sides. Curried-cumin potatoes. 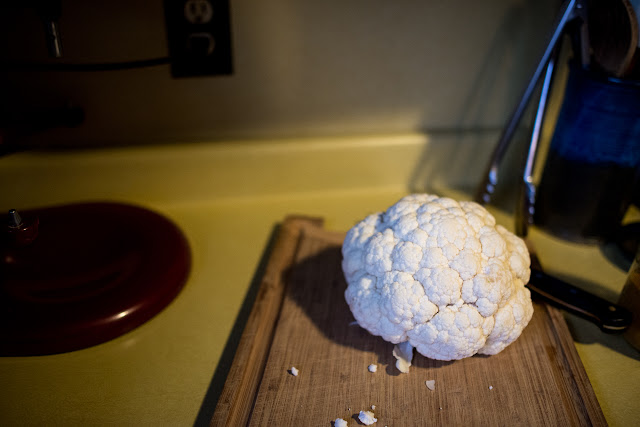 With curried cauliflower. You get the idea. 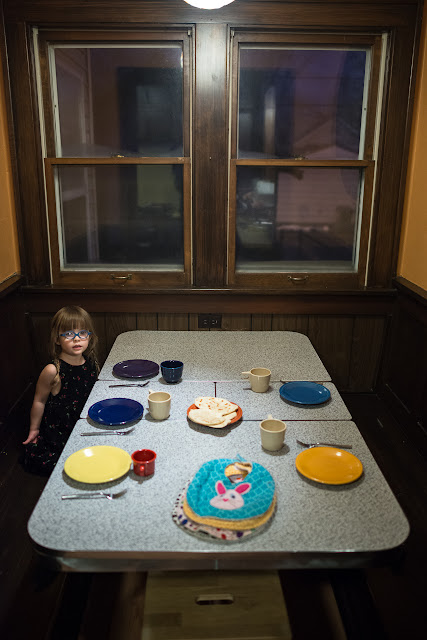 With all the kids coming we designated the breakfast nook the "kids table." 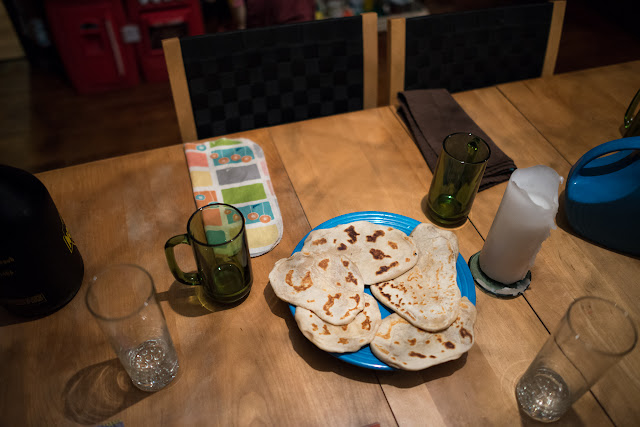 Whoops. Even though I doubled the naan recipe I came up two short. 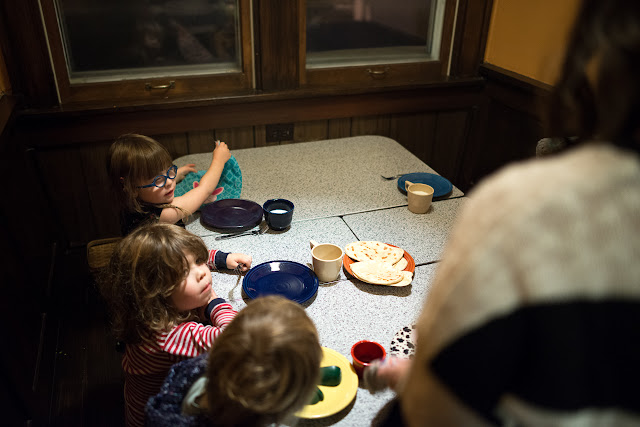 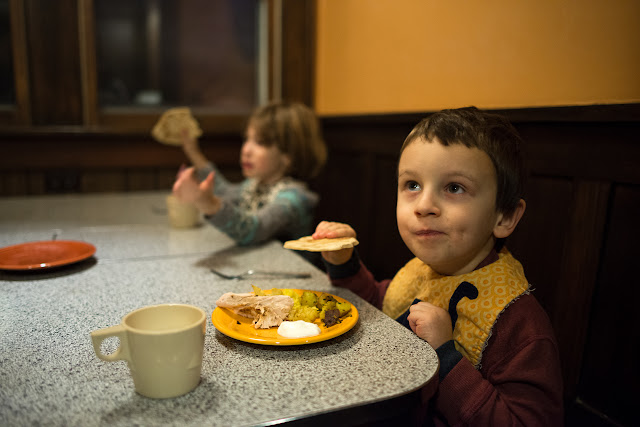 The kids got served first. 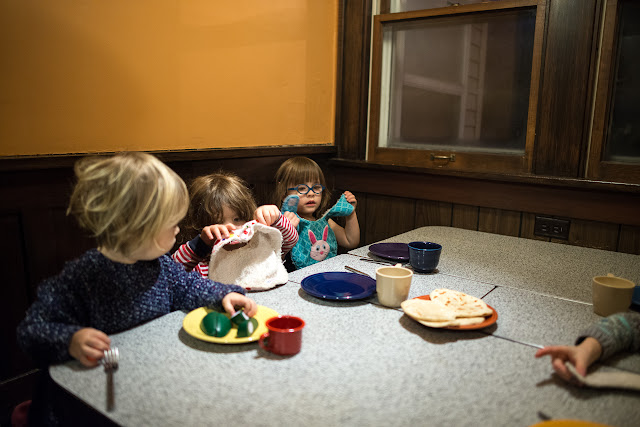 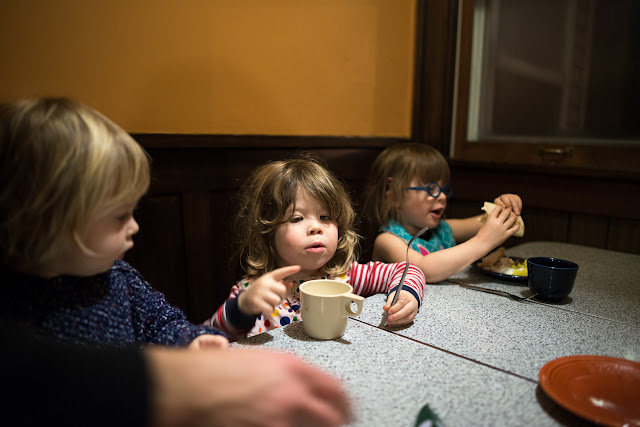 Meadow was raring to go. 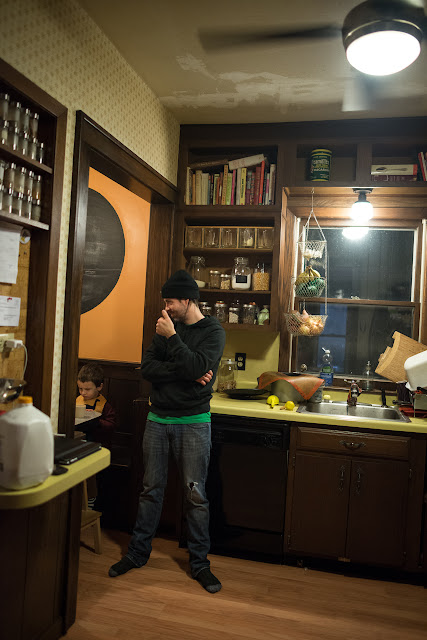 Aaron wasn't too sure about this "kids table" idea.

We also need to finish the ceiling in this room. 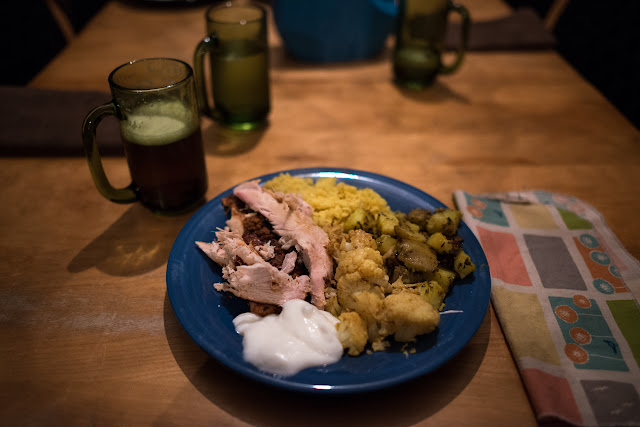 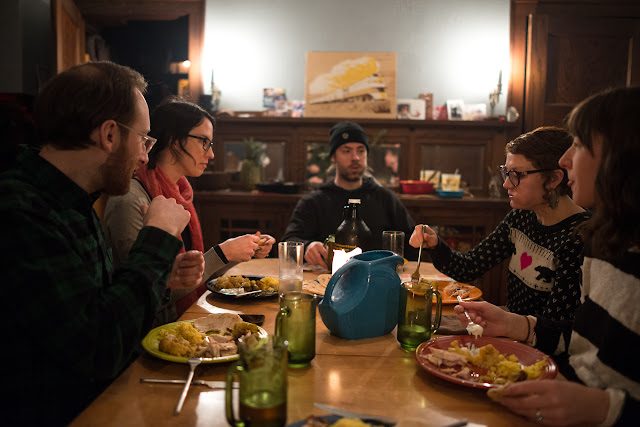 Sorry. This is the best picture of the whole gang that I got, Anna. 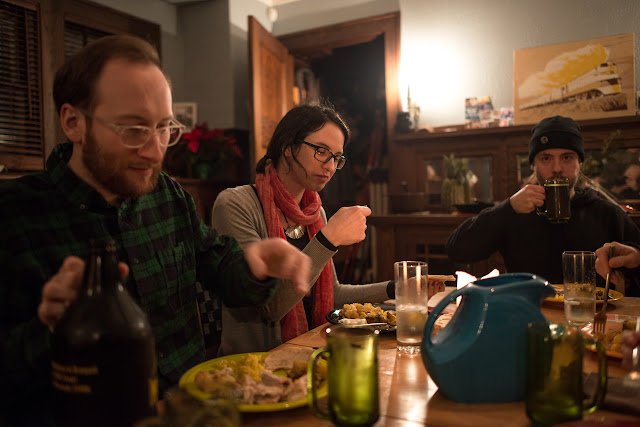 Soon Tyler and Emma will be putting their house on the market. They plan on living on the road for  a while. All I have to say is that they better be back for Freaster or Friendsgiving. 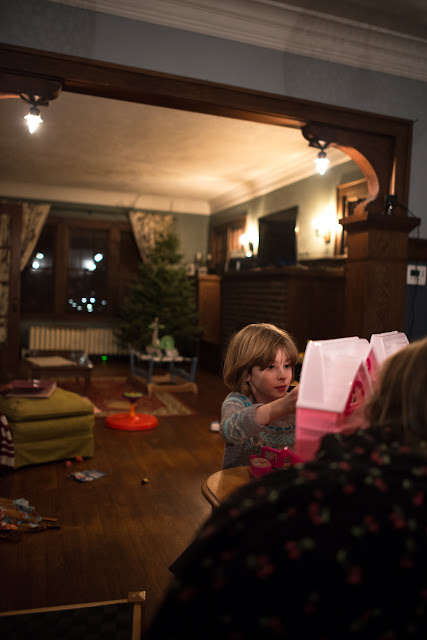 Anna and Aaron were the first to go. Olive and June just wanted to keep on playing and playing. Maybe they know they won't see us much in the not too distant future.