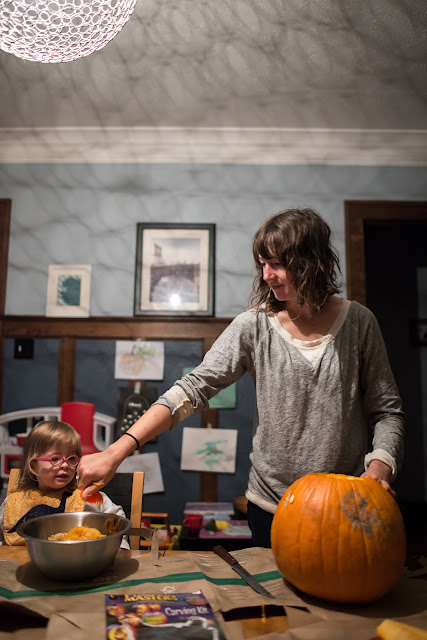 We were going to skip carving pumpkins this year until a few days before Halloween when Cevonne asked if we wanted to do it together via Skype.

We've been doing this for years with the Torres's. It's great to keep the tradition alive even after they've moved to Austin, Texas. 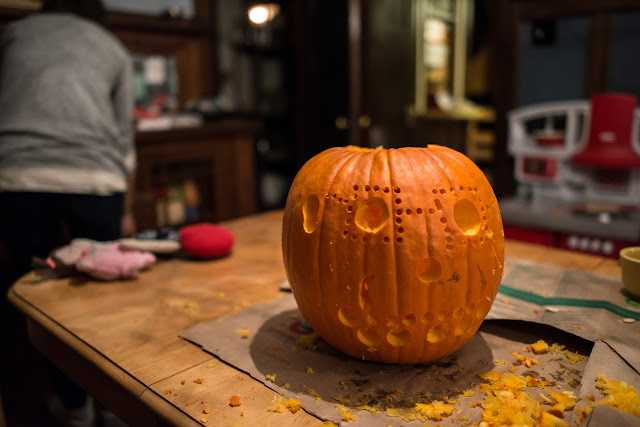 I got some inspiration from a few drilled pumpkins I'd been seeing around. I ran with that. 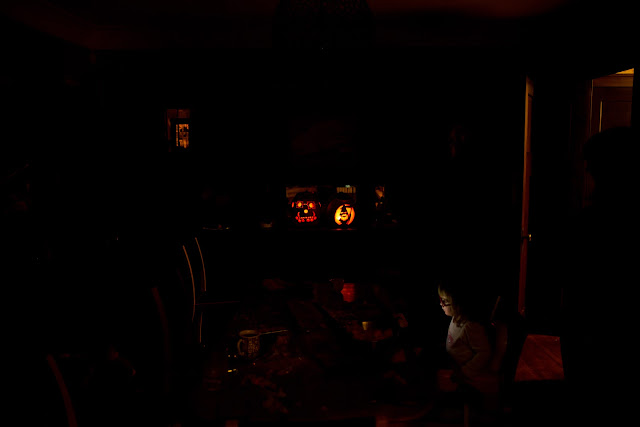 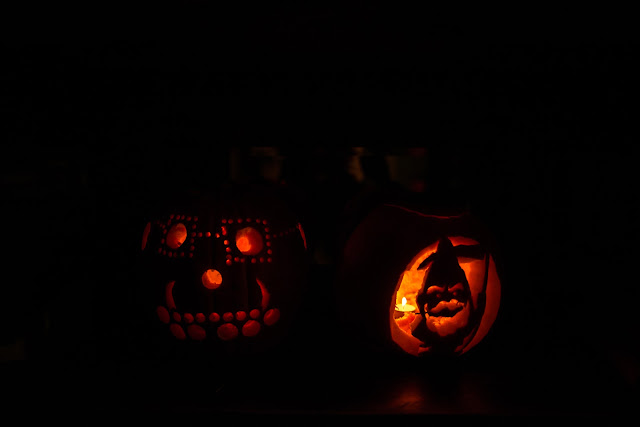 I had a pretty good idea for mine until I got out our carving tools and noticed it came with a template book. I felt a little bad cheating this year. 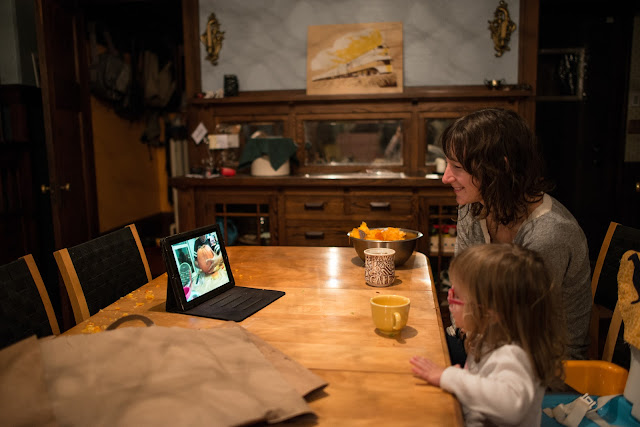 We caught up while they finished carving their's.

Scott caved in and turned the heat on the other day. It did dip down to the 30's but it's supposed to warm back up to the 60's. Didn't quite make it to Halloween this year. 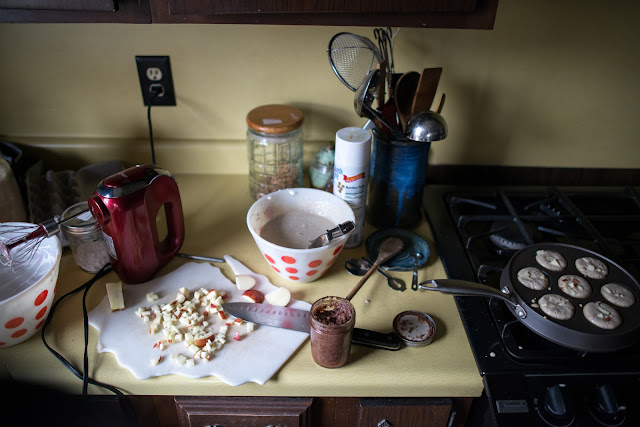 I requested aebelskivers for breakfast. We hadn't made them in a long time.

I found a variant that used whipped egg whites. This really made these better than simple, spherical, pancakes. 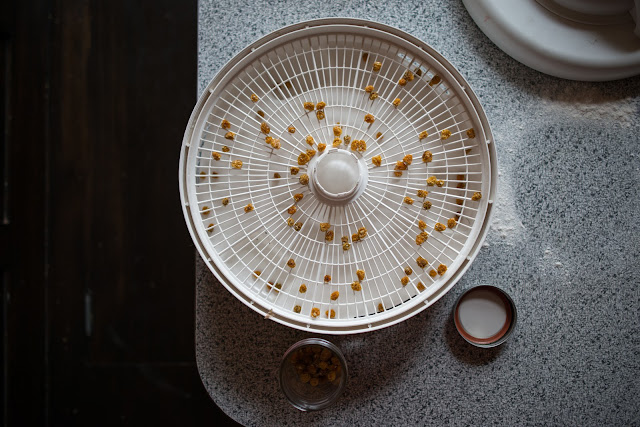 With the last of our ground cherries I dried them into, what Meadow calls, "golden raisins". 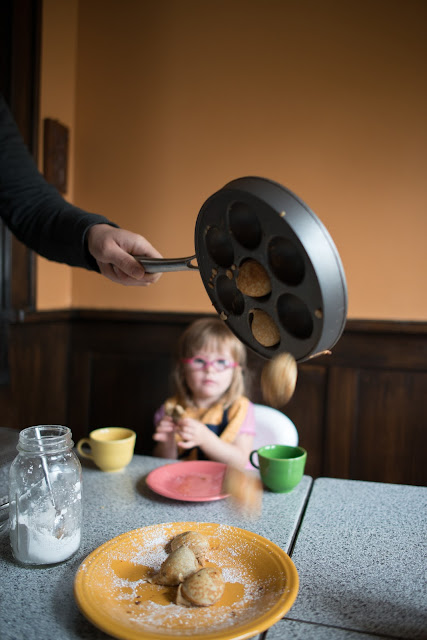 We stuffed them with apple bits (traditional), jam and peanut butter. 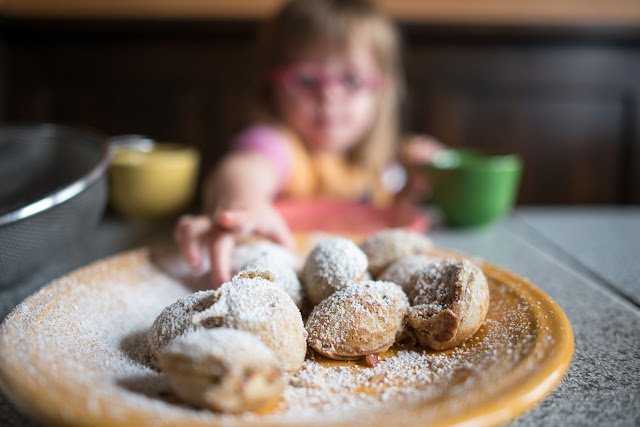 I could so go for these right now.

We ate them faster than Scott could get them out. 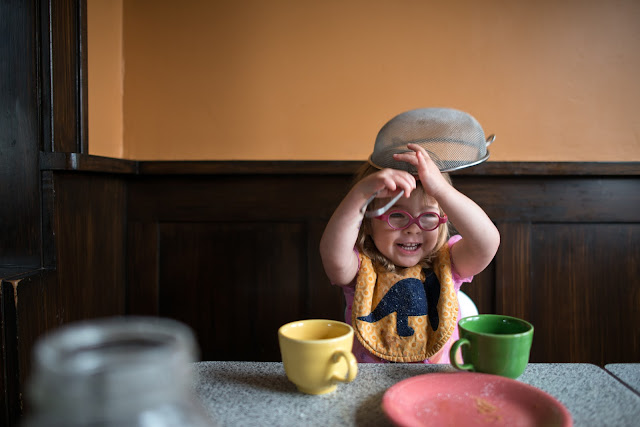 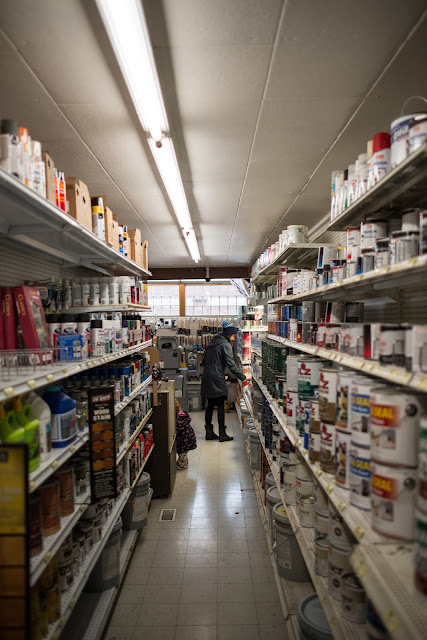 We had some errands to run before we could celebrate Halloween. I picked up paint for our trim. We're going to be doing a mix of golden yellow, brown and a warm red. I think we can get this done before it dips below freezing. 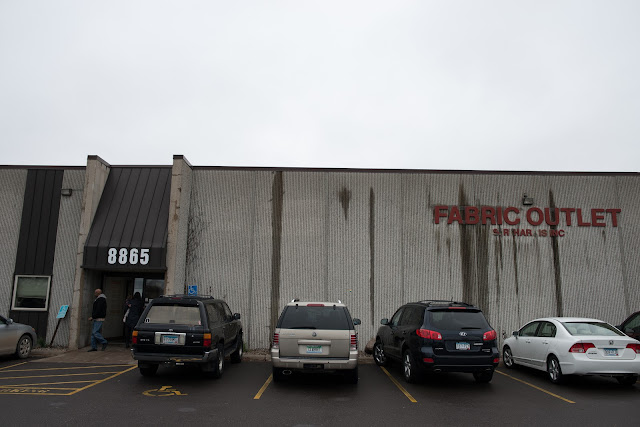 I needed to get some fabric for a project I'm working on as a Christmas gift for Meadow. I asked my friend Anna who is an avid sewer where she likes to get her fabric. She suggested a fabric warehouse that is a little bit north of us.

S.R. Harris. They have two locations in the metro area. 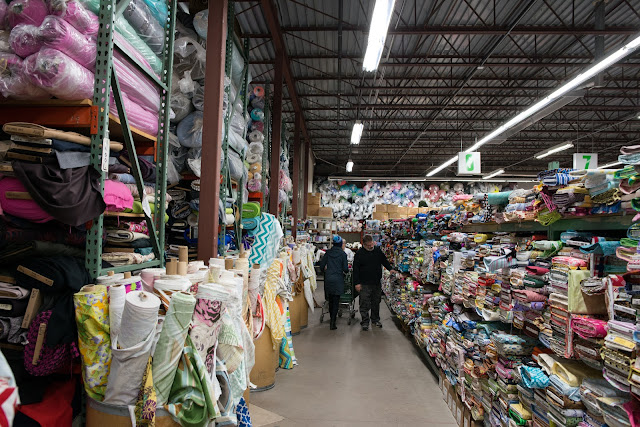 Once inside I was completely overwhelmed by all the fabric choices. We went around the whole store looking for what I needed only having to ask someone where to go. They pointed us to 3 large isles of hundreds of fabric. I'm glad Scott was with me or I would have never made a decision. 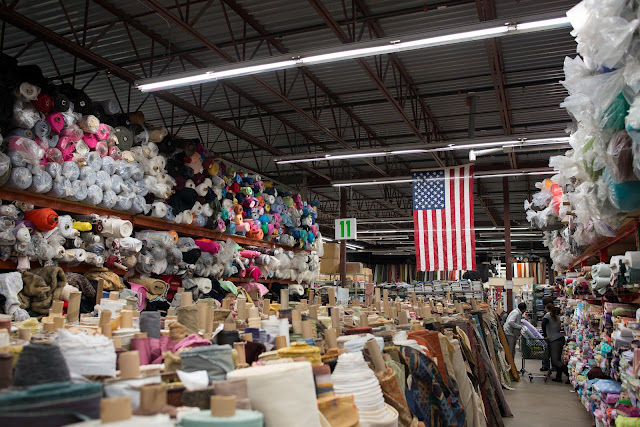 America at its best. 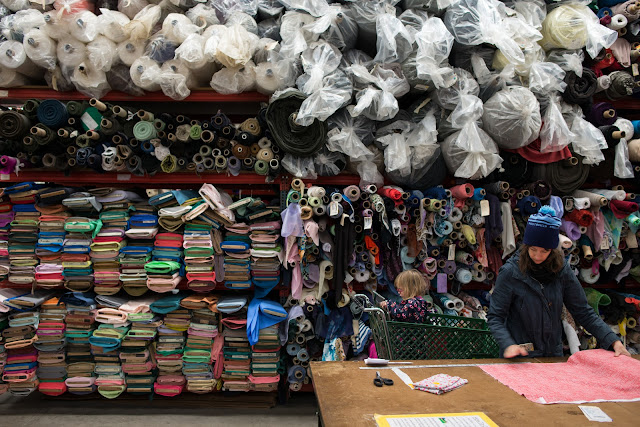 You have to cut your own fabric here. As a beginning sewist this was a little odd for me.

I did not know that Brooke was a sewing artist. I would've guessed she was a sewer. 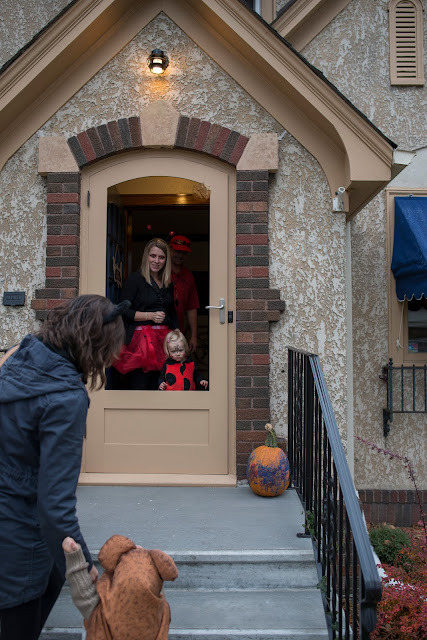 We drove home quick, put on our costumes and made our way to our Shannyn and Brent's for Eleanor's second birthday. 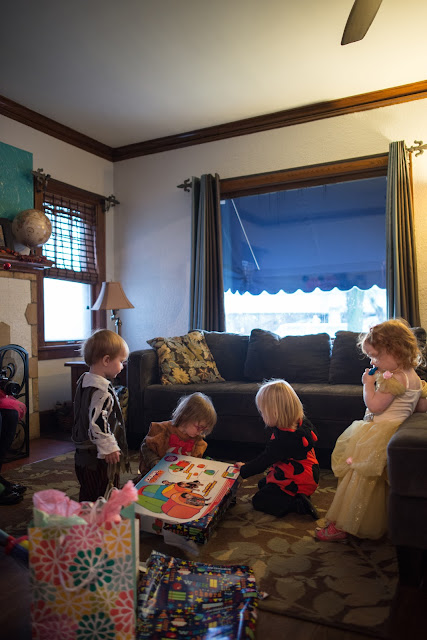 All the kids helped Eleanor open her gifts. Meadow was a little too helpful. I didn't know she became an expert at gift opening. 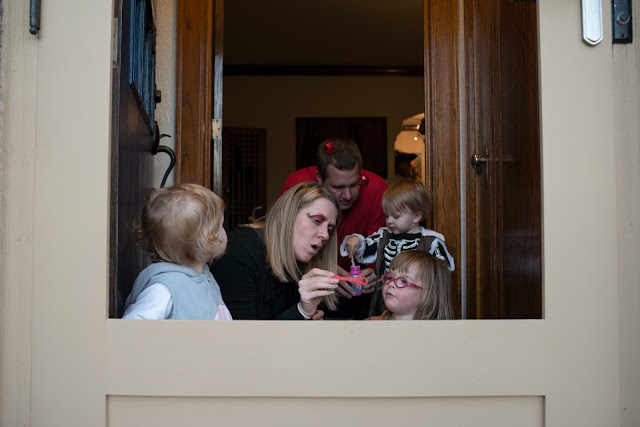 One of the gifts was bubbles. All the kids wanted to try those out. 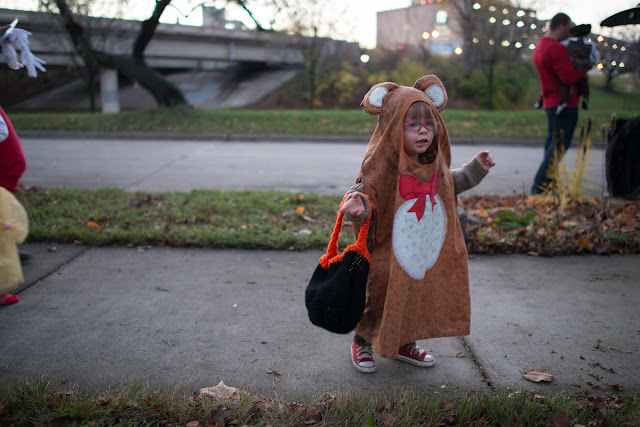 Then it was time for the kids first trick or treat experience. I should note that Meadow's costume is the same costume that I wore when I was her age. I also crocheted that treat bag for her. 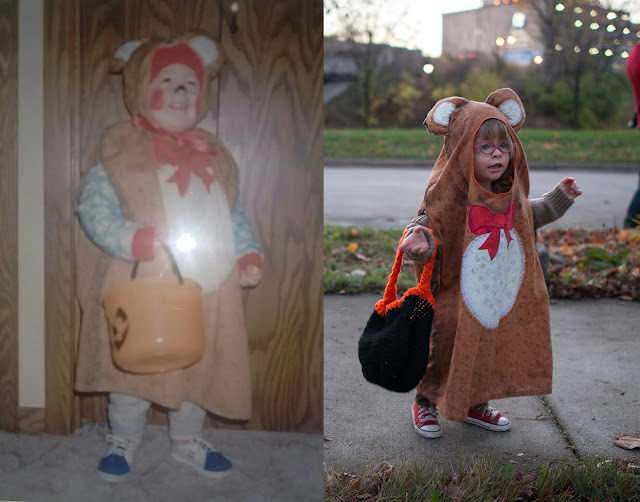 My made mom a lot of our Halloween costumes and still has bin full of them in their basement. 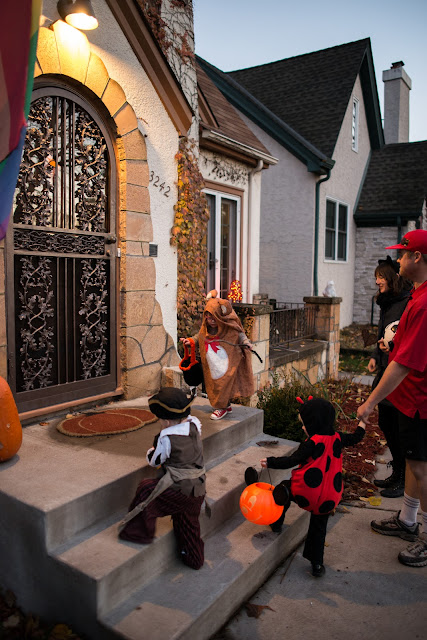 It was kind of hilarious watching the little ones crawl up the stairs unsure of what was going on. 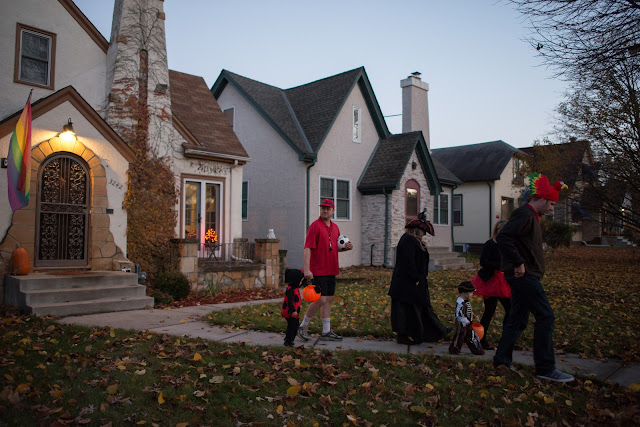 It's perfect that we have friends along Victory Memorial Drive. This is the place to trick or treat over north. 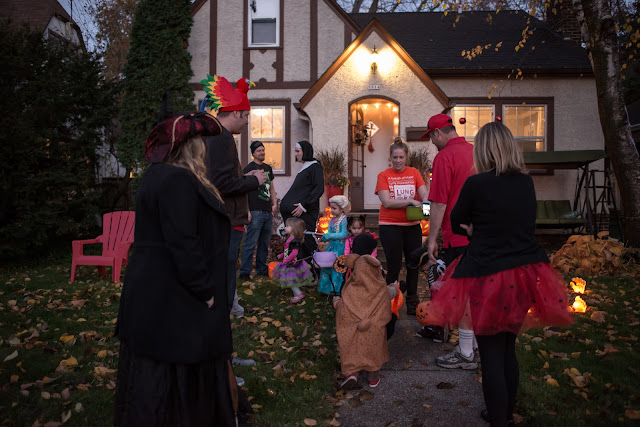 After everyone split we tried trick or treating on our block, but only one neighbor was handing out candy.

We really didn't need more candy, so we called it a night.