Cooking with the Autumn Harvest 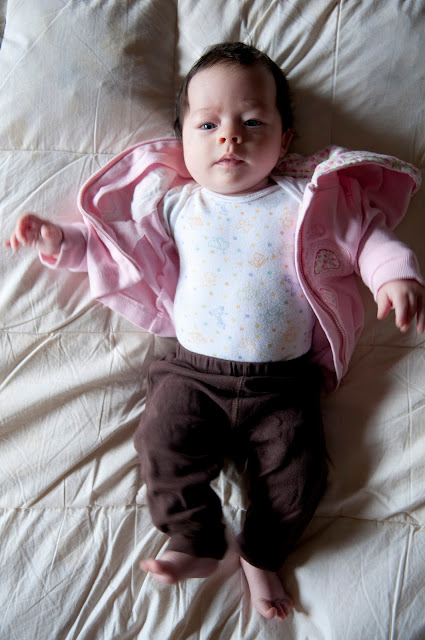 Meadow is no longer in newborn clothes. She's getting so big. The majority of her 0-3 month clothes are for boys, sorry Meadow.

Either for boys or just plain gaudy. 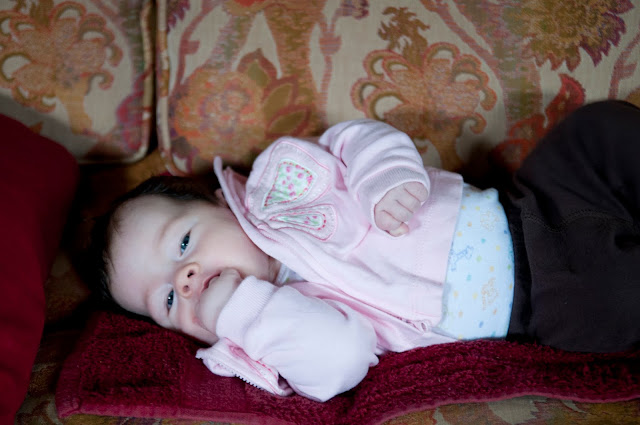 She loves her hands.

Fist pump baby doesn't know what a thumb is. 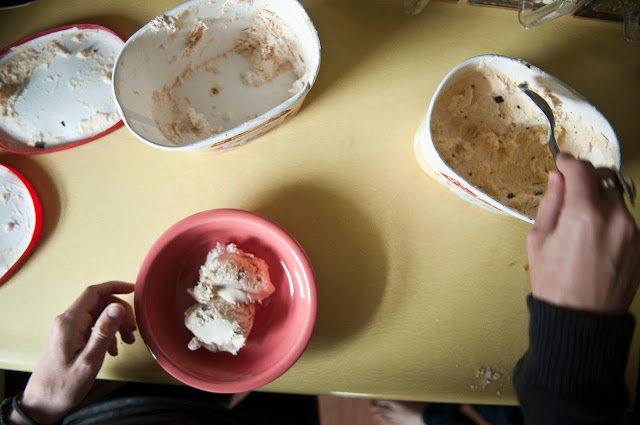 Even though I'm getting sick of ice cream we keep having it in our house. It's Ice Cream-o-clock I say.

You can never get sick of ice cream. 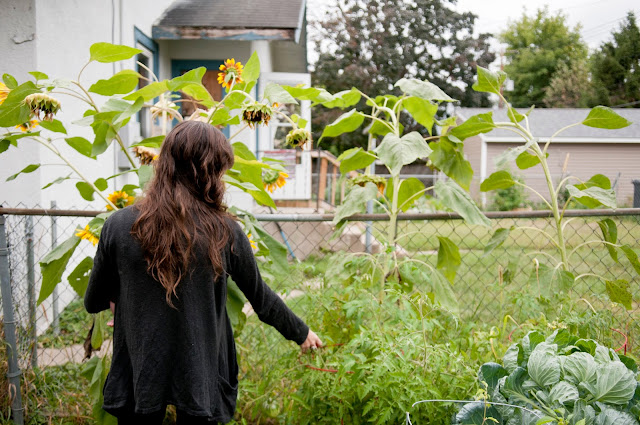 We did some harvesting in our garden again. Things have slowed down since the weather has been cooler. 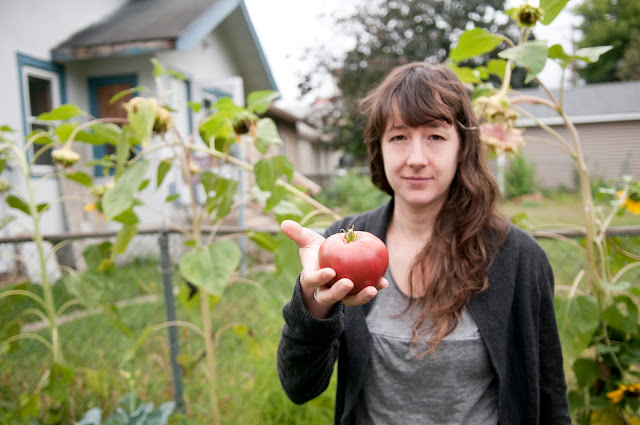 We got a bunch of tomatoes all at once and now we've only had one in the past 2 weeks. I was really hoping to do some canning this year.

We had a pretty good run of it this year, but the tomatoes are in a stasis. Maybe we'll have to have some fried green tomatoes. 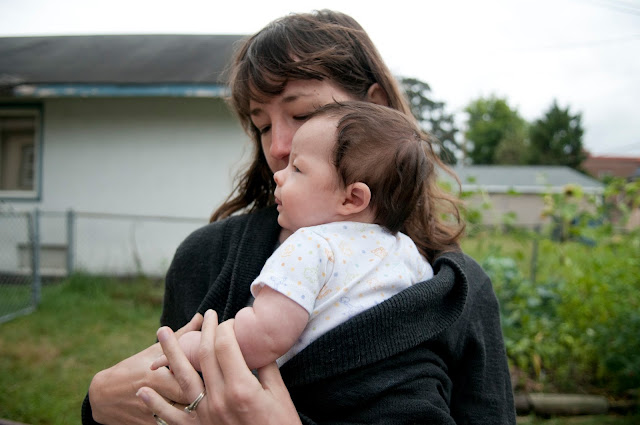 Scott thought it was too warm for Meadow's sweatshirt. It wasn't that warm out so I wrapped her in mine. 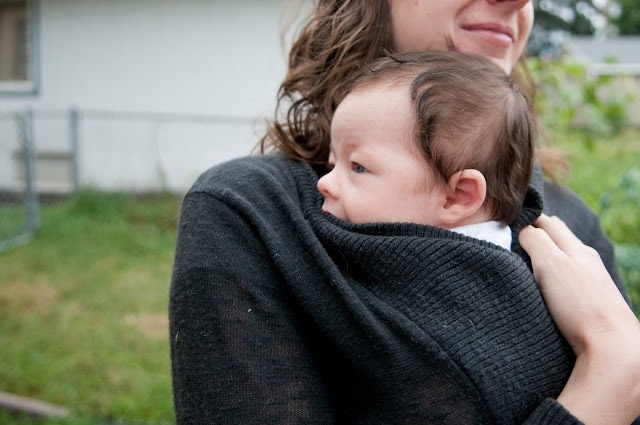 My little bear and mama bear. 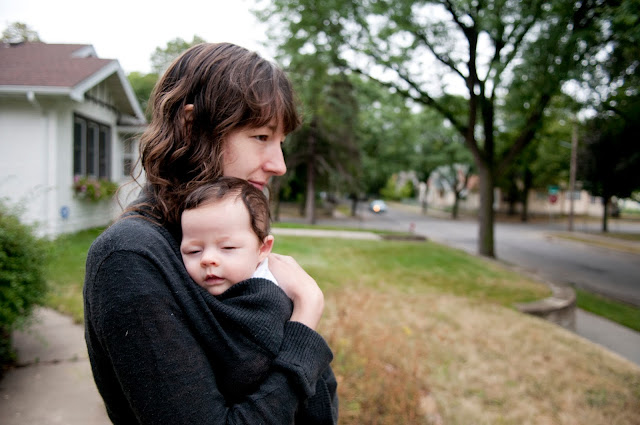 So cute. I think she is a cuter baby than I was.

I think somewhere in here I transplanted a few brussels sprouts plants that were overcrowded. I think it worked. I'm hoping we have a bunch of sprouts to cook with come October. 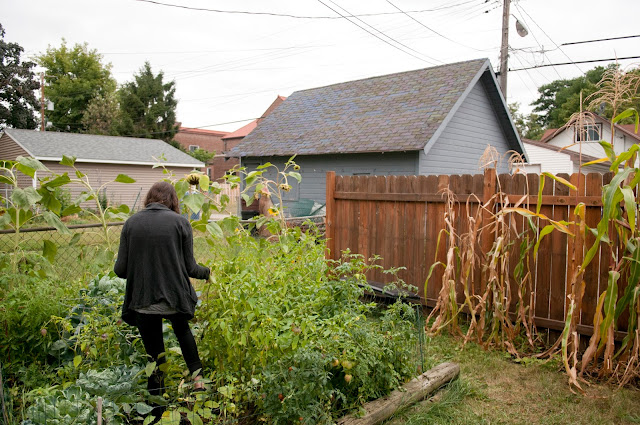 The only other thing that was ready were more cherry tomatoes.

I guess they don't need as much sun or heat. 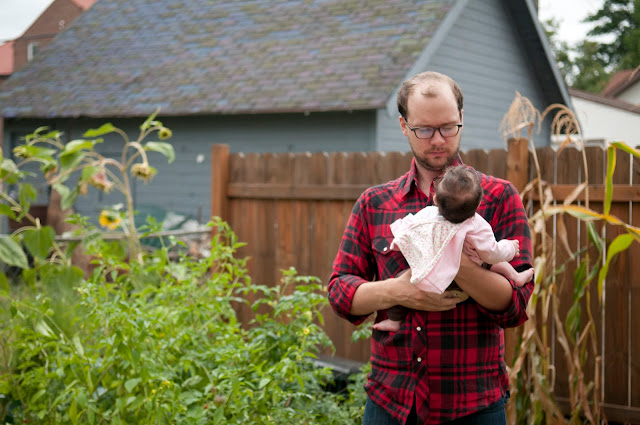 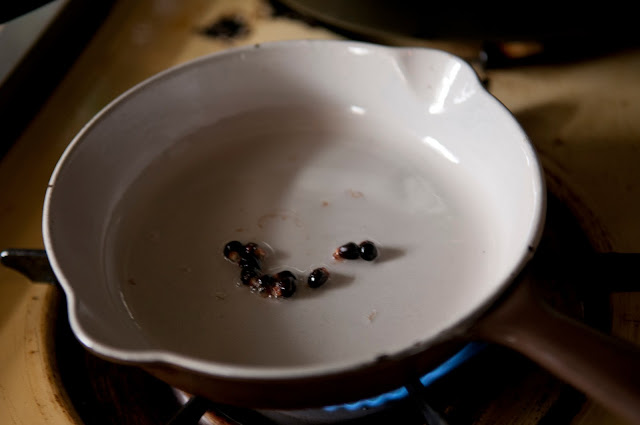 I tested out the popcorn we grew.

It didn't really pop. Maybe if we let it dry for a little longer it will be ready. We've had this problem two years in a row. Are you supposed to let them stay on the plant longer than sweet corn? 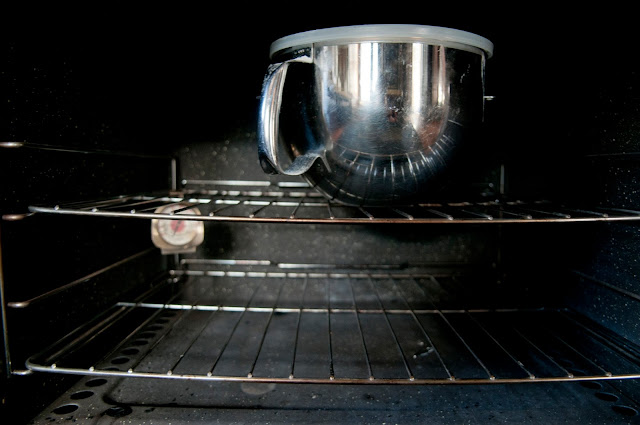 I decided since we have a boat load of tomatoes that we should make Chicago-style pizza. 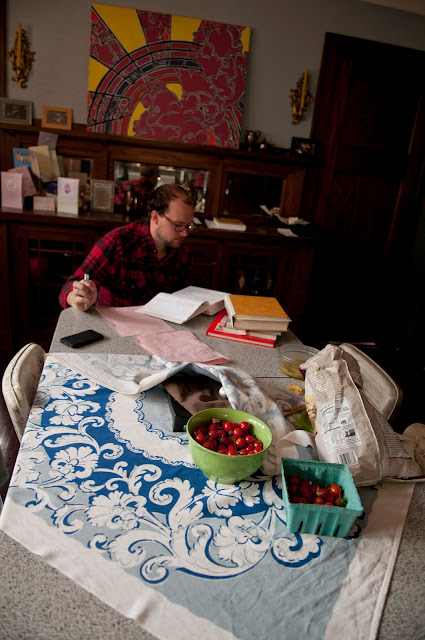 Scott is better than me at picking out meals. Since pregnancy ruined my appetite and Scott's been doing all the cooking, I've really been slacking in the cooking department.

That's OK. I hate doing dishes and you have to feed our little bear. It's the least I can do. 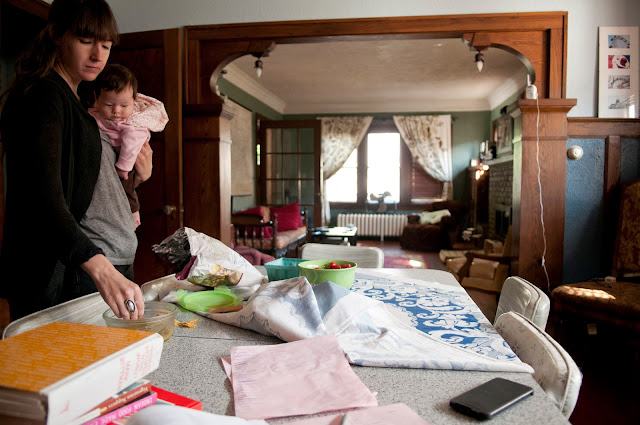 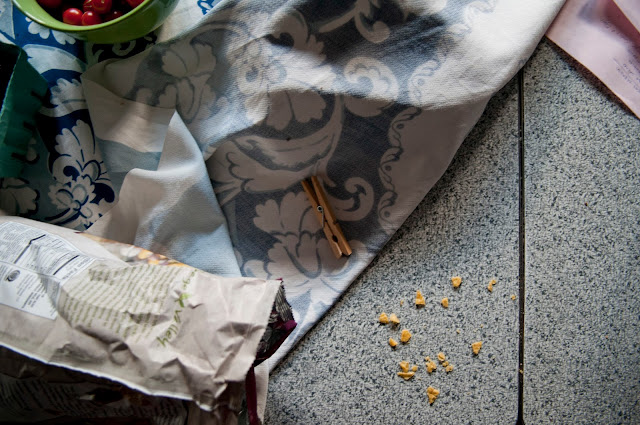 She left behind some crumbs. 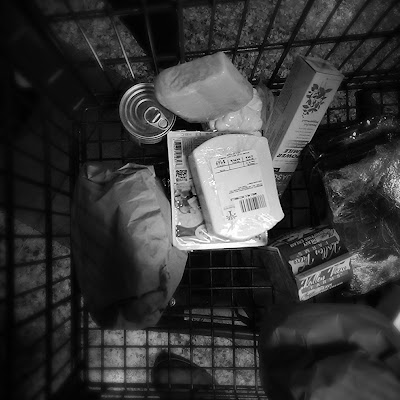 We went on our monthly grocery trip and still managed to spend under 100 dollars.

Thanks CSA and garden for making groceries cheap. 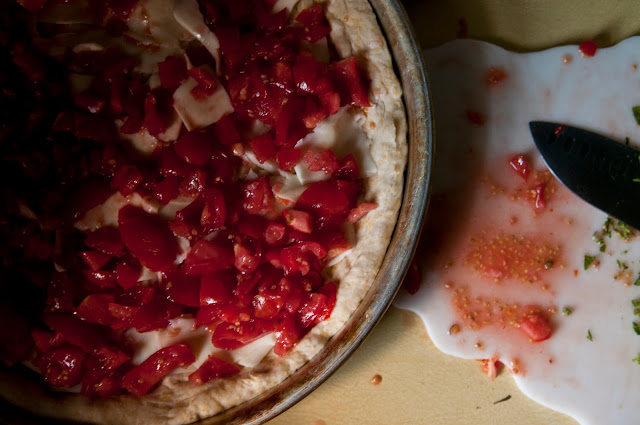 I could eat pizza every week. 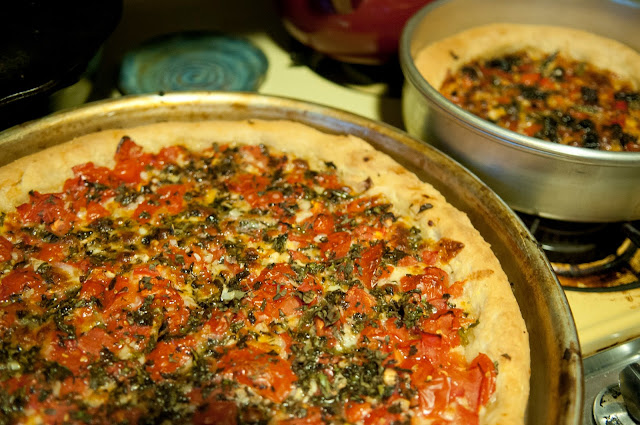 Same here. I just wish it didn't take so much time.

Amanda said…
Ice cream o’clock. Ha, ha. Why do you have Meadow in boy clothes? Did you get some from someone?
Scott is so nice to do the cooking - I hope Jeff does the same.

I love seeing the pictures of Meadow and you guys. I also like the “mama bear and baby bear” references.