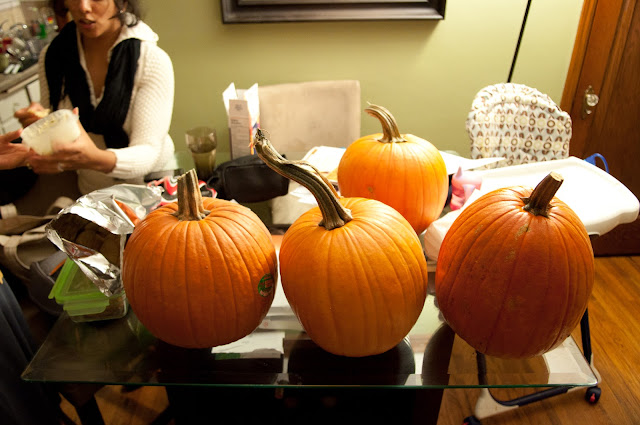 On the Wednesday night a week before Halloween we did our annual pumpkin carving with Cevonne and Jose. 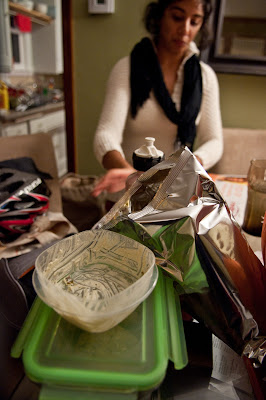 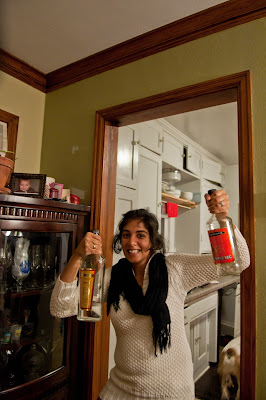 Cevonne was excited to make margaritas before she realized they didn't have any ice. 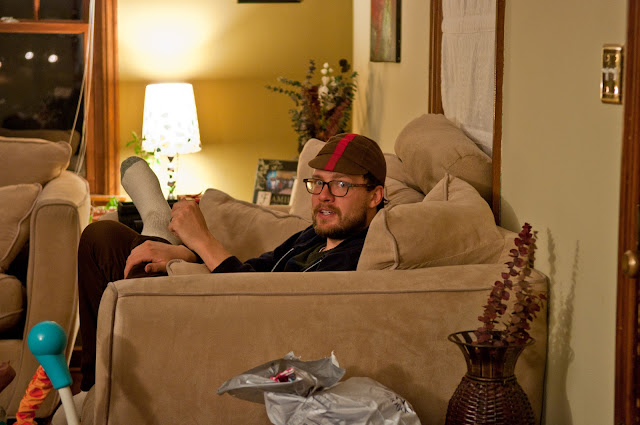 Then she took my camera and started shooting up the place. 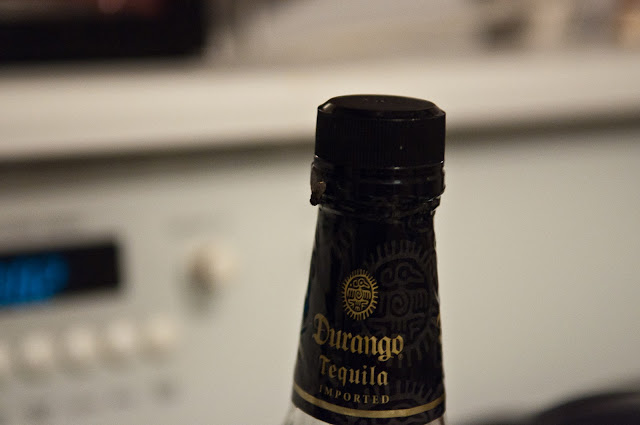 I think she was still disappointed we had no ice on the premises. 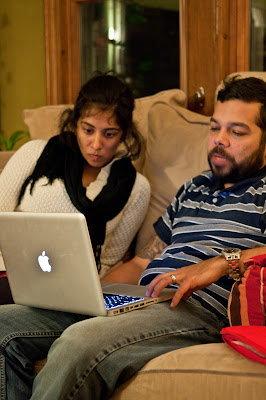 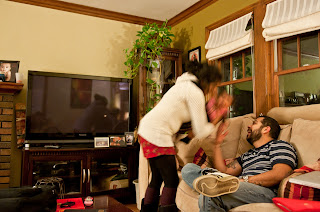 Somehow we decided on pizza for dinner. JT couldn't decide where to order it from. 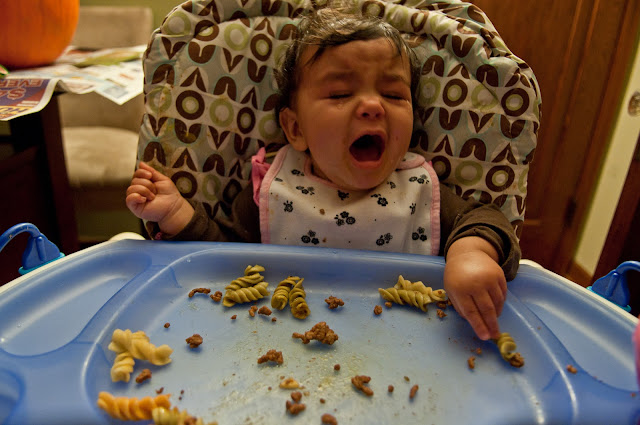 Madeline was sad she didn't get a pumpkin. 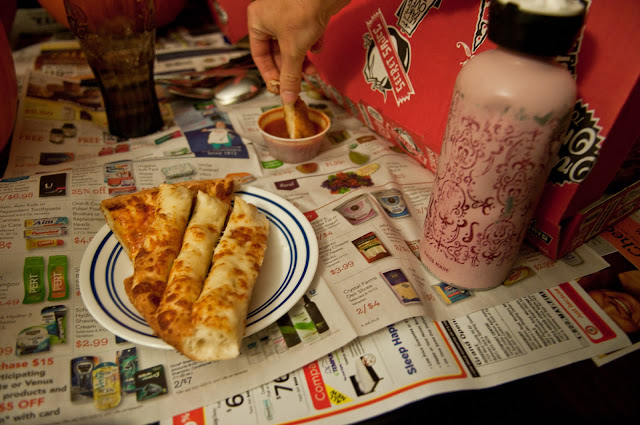 We ordered Toppers for dinner. Scott said, "I don't think I've ever eaten this sober." 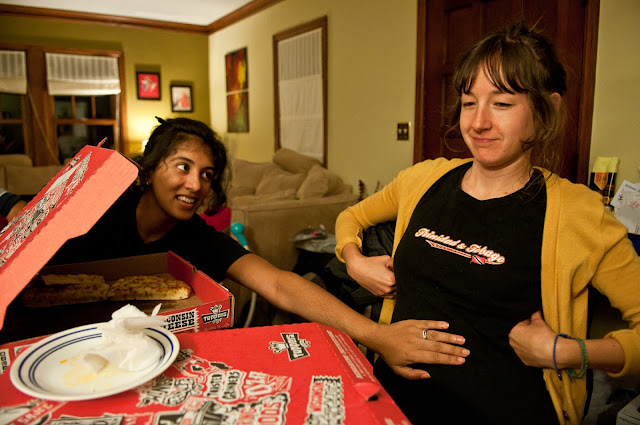 I was pretty full.

She was also showing off Cevonne's Trinidad and Tobago t-shirt. 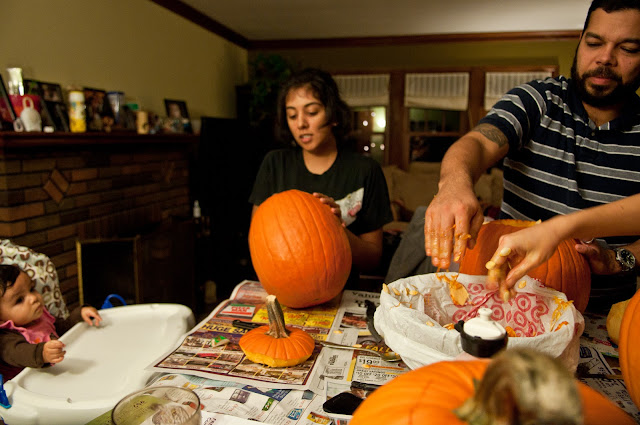 Then we all set to work on our gut scooping while Madeline looked at us like we were weirdos. 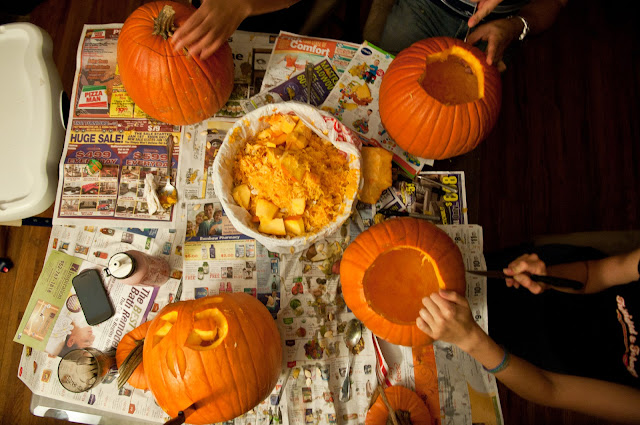 Both Scott and I had come up with better faces than last year.

I was in it, to win it or at least make decent showing. 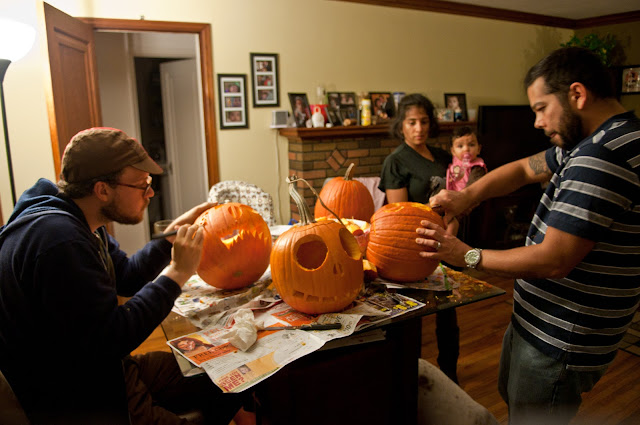 Scott actually spent more then 5 minutes on his. 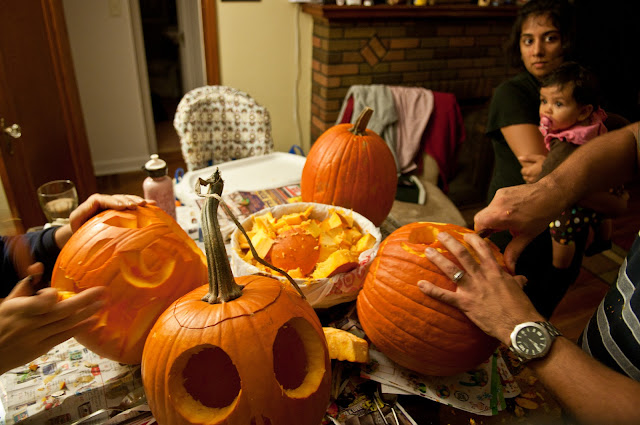 JT and I just kept on carving. 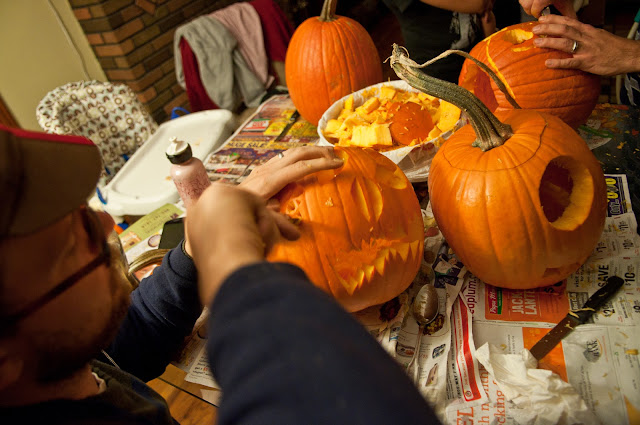 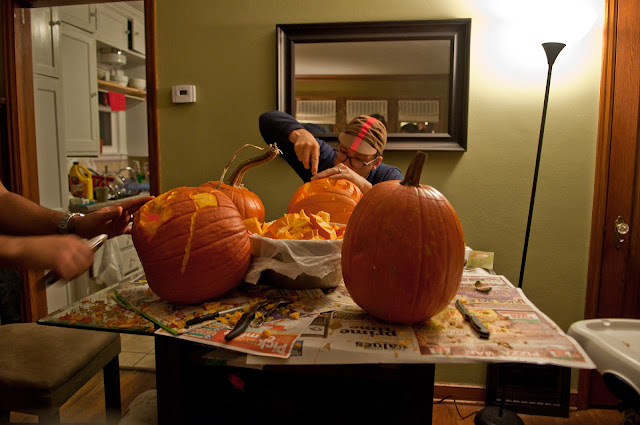 I think I was actually the last one to finish. 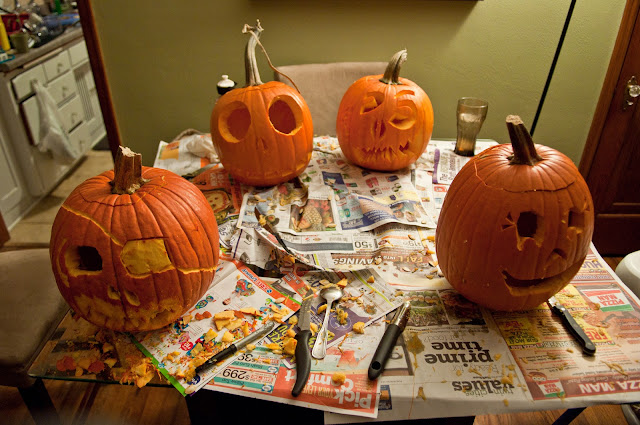 Jose is better skilled than us with the shaving part.

That's his on the left, then Brooke, me and Cevonne last. 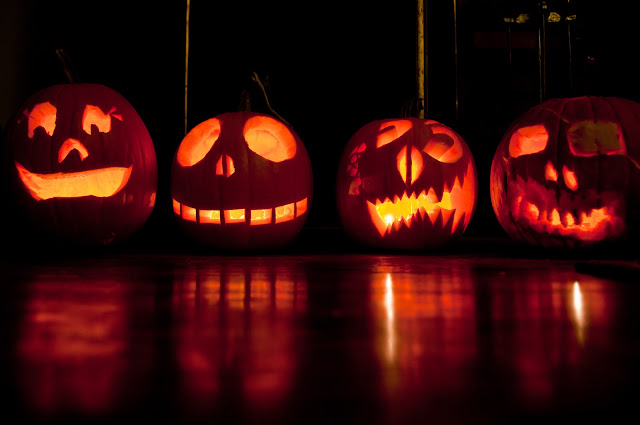 They looked great all lit up. 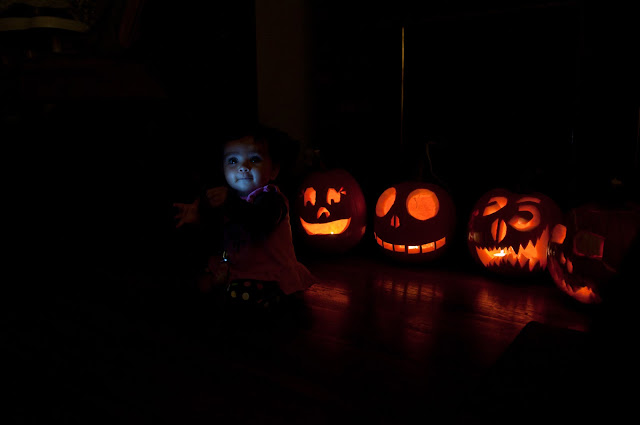 We made the photo cuter by putting Madeline in front of them. 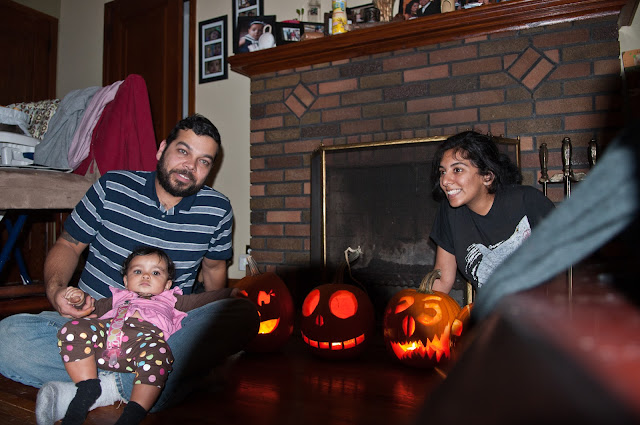 And then we tried to do a family photo that didn't work out so well.

The lens hood blocked part of the flash.