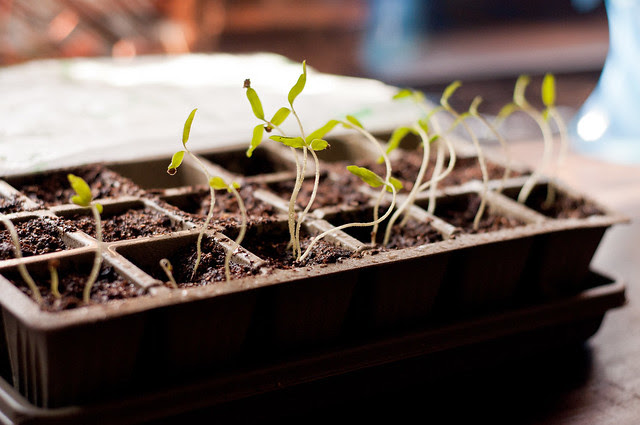 Scott had left for work hours before I woke up.

This past week has been cold-yet-still-above-average and rainy. That's good for the outside now that everything is green, but it's been too cold for my peppers to sprout indoors. I'm glad I started them early though. 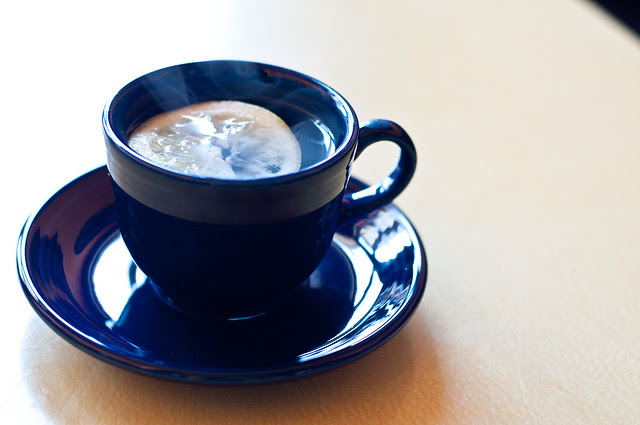 Before I have breakfast I have a cup of hot water and lemon. 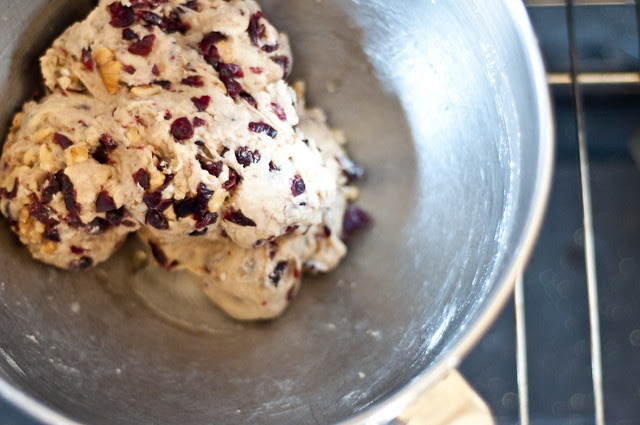 I also got started on this weeks bread dough. 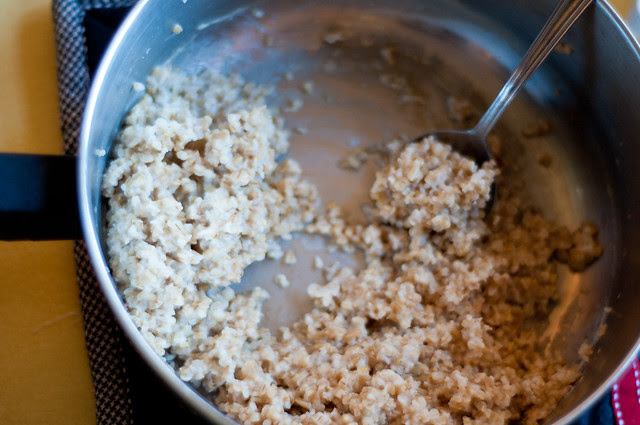 I have to, of course, have my favorite for breakfast. Steel-cut oats. 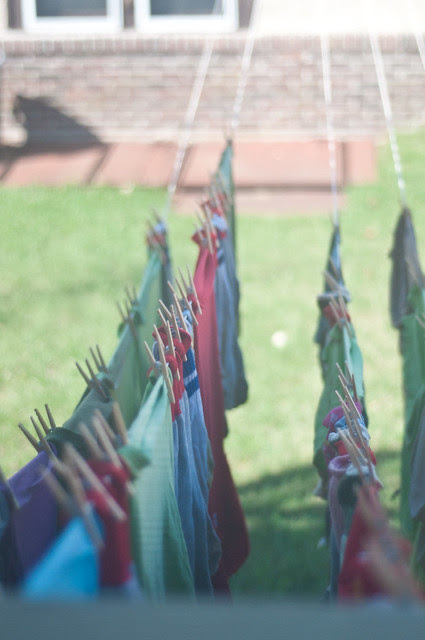 I had originally thought today would be a perfect day for doing laundry. It was actually sunny out, but when I got outside it was a lot colder than I had anticipated. It wasn't quite freezing so I hung it out anyway. 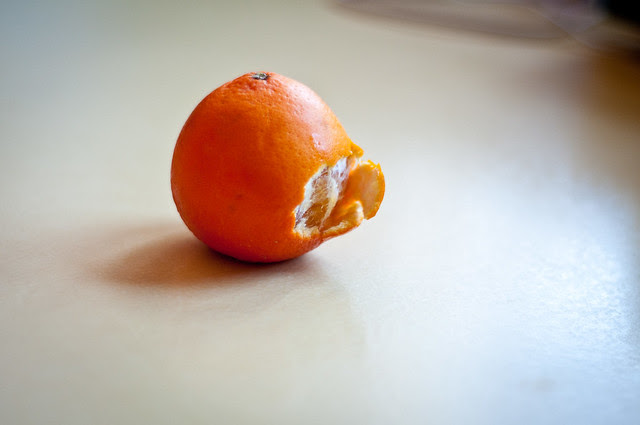 I then take a mandarin break. 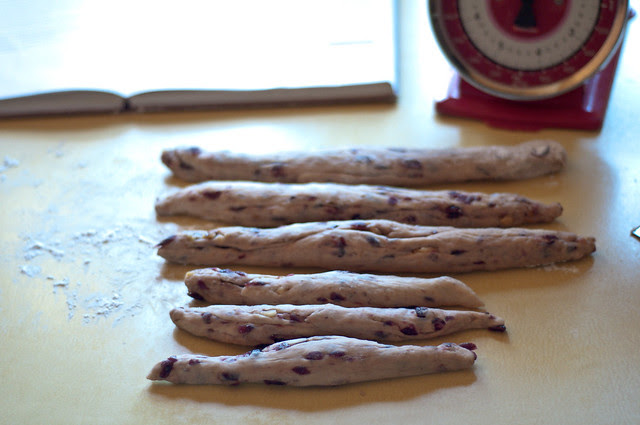 The dough is ready to be rolled out. I do three pieces a bigger size and three a smaller size. 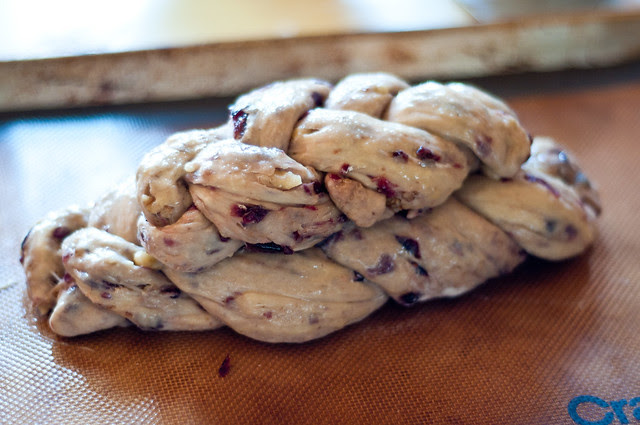 I braid the strands creating two loaves. I place the smaller loaf on top of the bigger one and let it proof at room temperature. 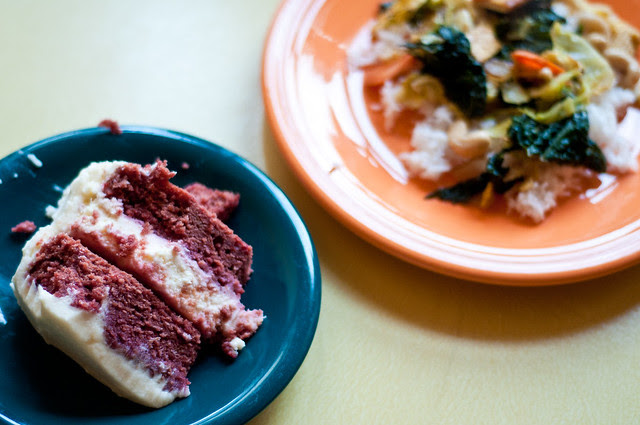 For lunch I have a leftover stir-fry.

The cheesecake on the left is actually red velvet with cheesecake in the middle. The other night Scott and I went over to Cevonne and Jose's for dinner. I wish we had taken pictures because Jose had made paella.

Cevonne did take a picture of me eating my first mussel with her cell phone.

Back to the cake. I didn't have enough red dye and didn't really want to buy more so I looked up a natural red food color and found a recipe that uses beets. I actually like the color that it created instead of the bright red that you usually see with red velvet. It did taste a little like beets at first, but after awhile it seemed to go away or maybe I stopped thinking about it. 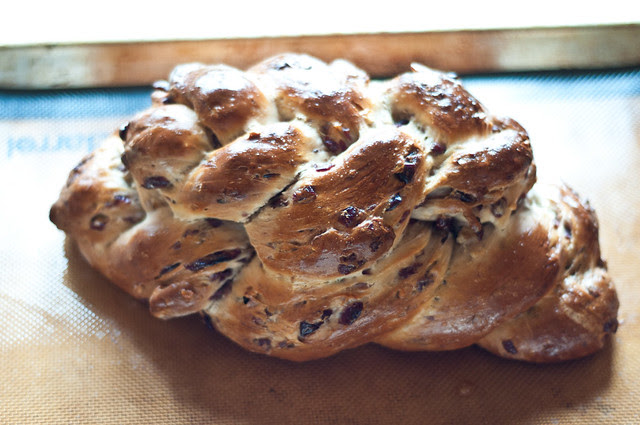 And the bread this week is Cranberry Walnut Celebration bread. It is kind of a dessert bread in that it has orange extract in it and is very moist. I would definitely make this again for Thanksgiving. 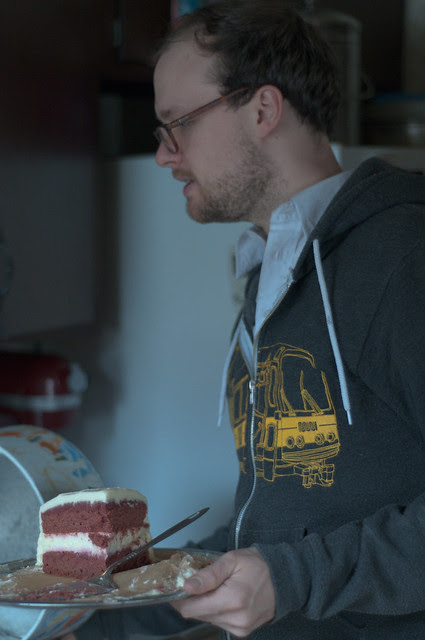 When Scott returned home from work the first thing he did was eat cake.

Just so you know, I did not eat the whole thing. 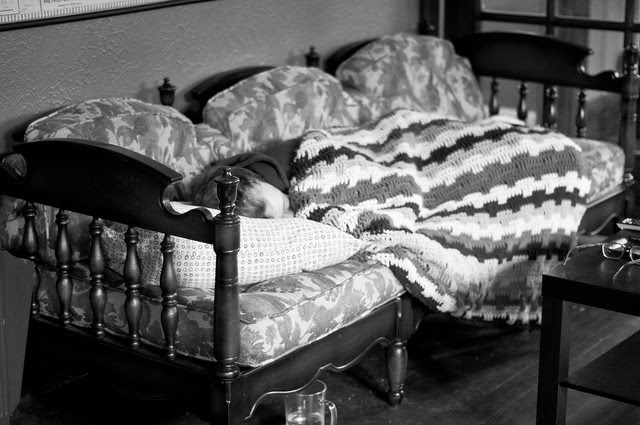 He whined and complained that I didn't clean the bathrooms like I said I would. If you cleaned 15 toilets in one week I don't think you would want to clean 3 more on your day off.

He then fell asleep so I went ahead and dusted the house and cleaned the bathrooms. 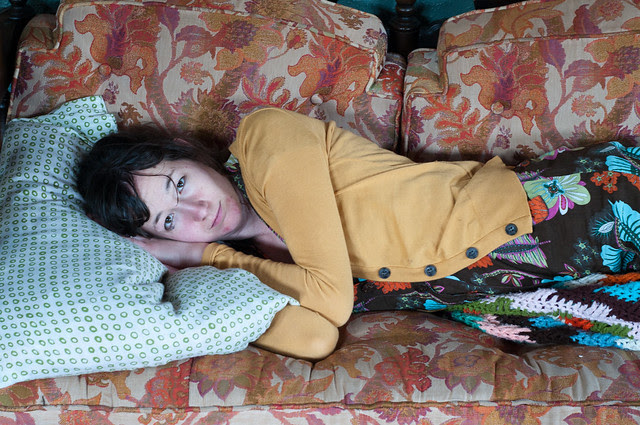 While he brought in the laundry and made dinner I decided it was my turn to lay down.

I just wanted to prove that I'm not the only one who takes naps. Seeing that I mostly work evening shifts, I get tired when I have to work early. 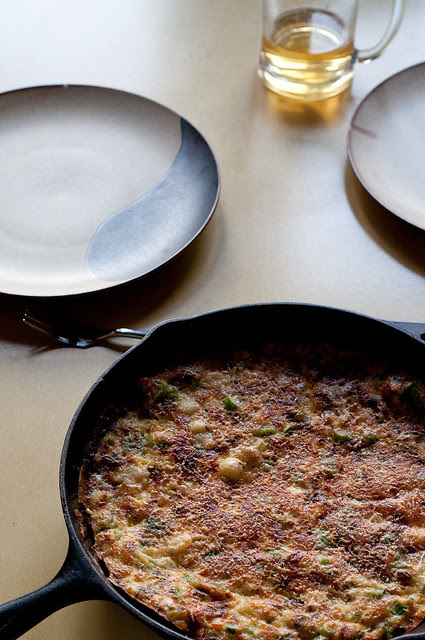 I made Sun-dried Tomato, Basil and Feta Frittata for dinner. Brooke loves eggs. I think that's because it reminds her of breakfast. 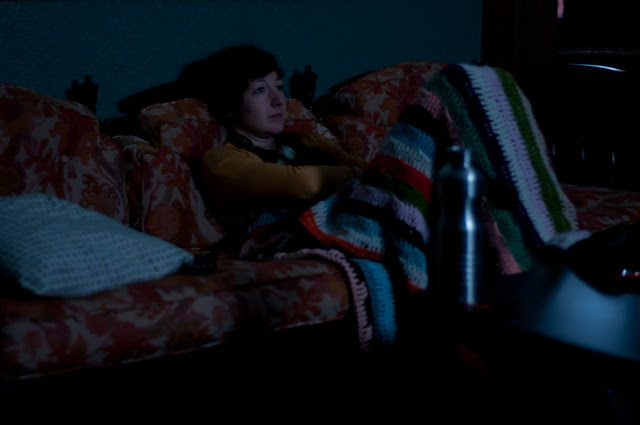 After dinner, while I do dishes, Scott goes straight to the TV. He couldn't remember the last time he did dishes so while he did those I got to watch TV.

This was a pretty momentous occasion to watch Brooke enjoying the boob tube. I had to take a picture.

We finished the night with Toy Story 3.  It was pretty good (though I saw the last half-hour at work one day), but not at the same level as Up! or Wall-E. This picture above cracks me up.

Amanda said…
You made that cheesecake!!??? I want some!!!!! I agree about the toilet thing.

Honeymoon: Did Someone Say Fudge? How to Avoid the 57 Fudge Shops on Mackinac Island

By Scottie and Brooke Tuska August 24, 2012
We had to wait an hour but we made it onto the next ferry. I couldn't keep my eyes off the Mackinac Bridge. One of the Star Line Ferries actually passes under it. Next time we go to Mackinac, probably with kids, we'll have to drive over it.
2 comments
Read more