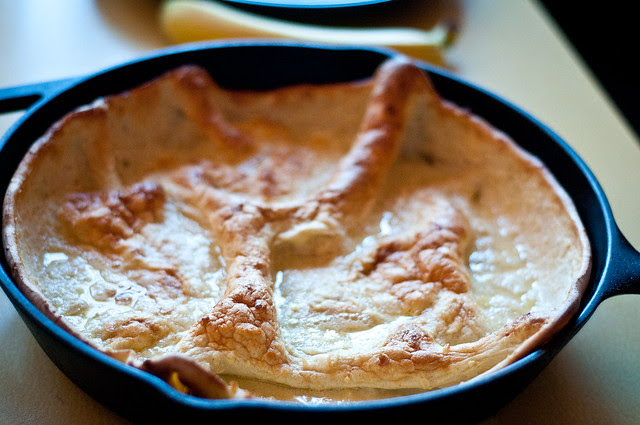 Today I woke up before Scott and surprised him by making big pancakes.

I was so excited, but I had to take a quick shower first. 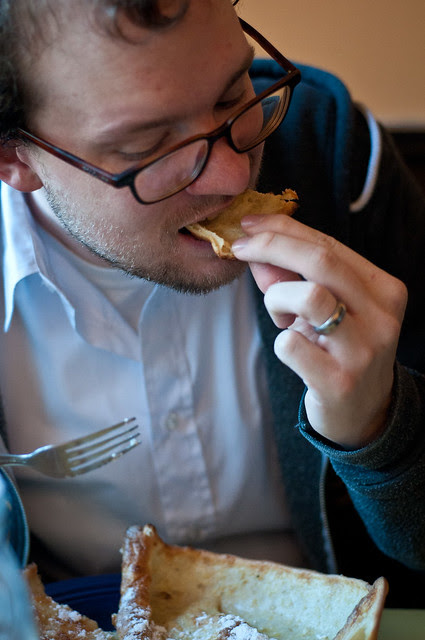 He didn't know I was making breakfast and woke up too late. He had to scarf it down before heading to work. I'm not going to complain that Scott had to work on a Sunday again. Yea it sucks, but I need to be more thankful that he has a job. It may not be the best he's had or the worst and the pay isn't phenomenal, but life isn't always fair. Instead of dwelling on the things I don't like I need to be more happy about the things in life that are great. 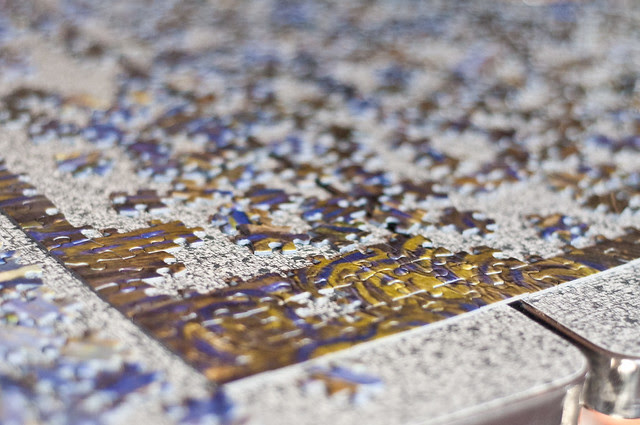 After he left I spent time on-and-off working on this puzzle. It's a lot easier to see the many colors when the suns out. I think I found about 3 more pieces. 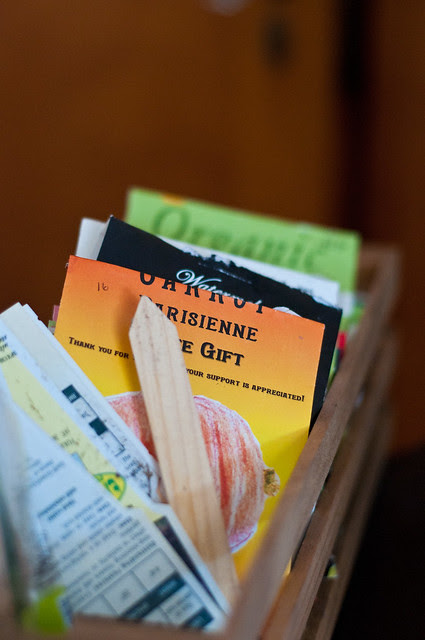 Then I ordered more seeds online. Last year we figured we had enough, but then we realized we really want to grow kale and chard and popcorn. I know it's a little early to be getting excited about summer gardening. I just can't help it!

Our first year we started our gardening late and Scott dumped all the seeds in the packets into the garden. Some things grew while others died from not getting enough sunlight. Last year I tried Square Foot Gardening. Although that worked not everything grew. So this year I'm trying Sprout Robot. You put in your zip code and it tells you when to start seeds indoors and when it's okay to plant things outside. Although it does tell me to plant corn in June. That seems a little late to me so I will probably start that earlier. 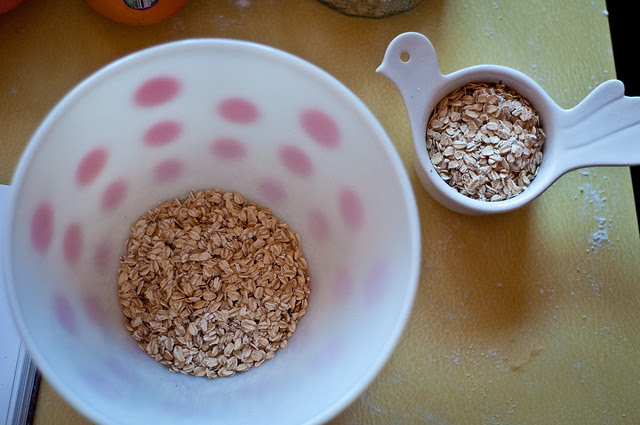 Next I got started on our granola for the week. 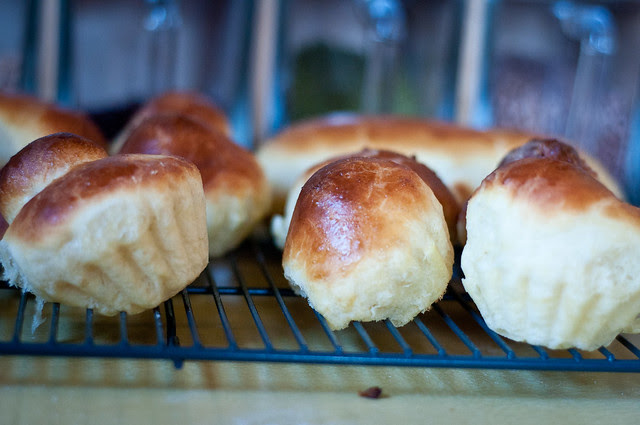 And then I baked this weeks bread: Brioche. With our mixer still broken we've made cookies, hamburger buns, pizza dough, and brioche dough by hand. I had to buy spaghetti for the first time in forever. The brioche dough was not fun to mix by hand. It was super sticky. I can't wait for our mixer to be fixed. For lunch I had leftover bulgur chili, brioche and a pineapple orange. 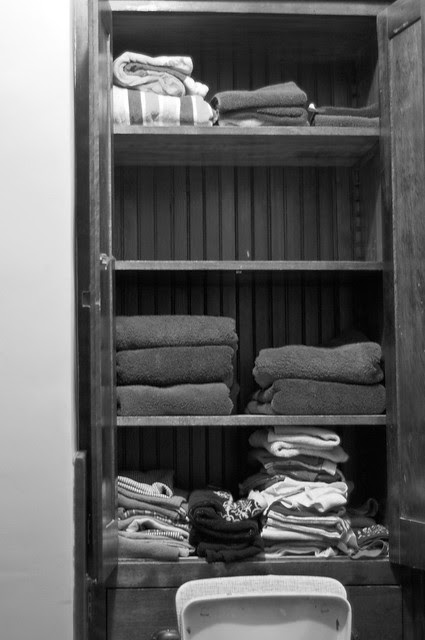 After lunch I cleaned out all our medicine cabinets. We have two in our bathroom and I use one shelf in our linen closet to store things too. It felt good to get rid of some things like old nail polishes. 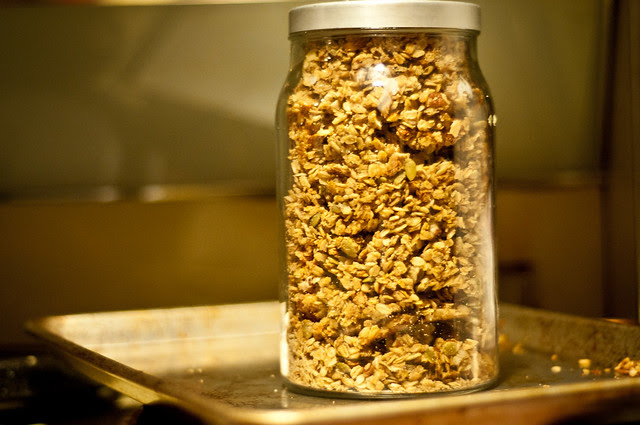 And then I finished the granola. Yay! 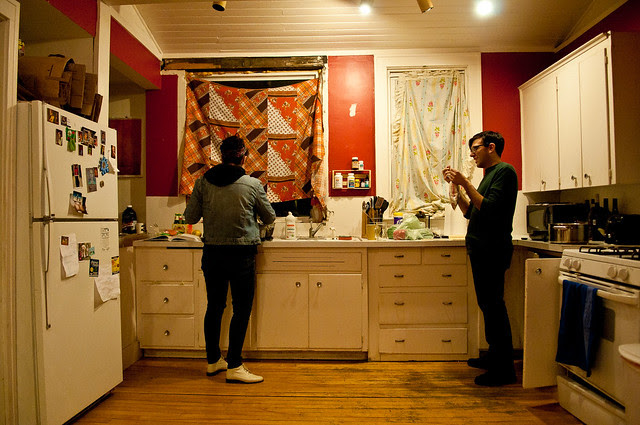 Once Scott got home from work we headed over to Ali and Monica's for sushi.

We were supposed to go to their house a week earlier, but things didn't work out. 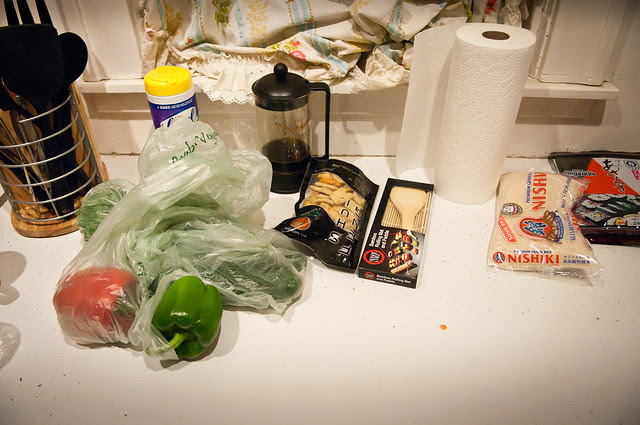 I started prepping veggies a soon as we got to their house. 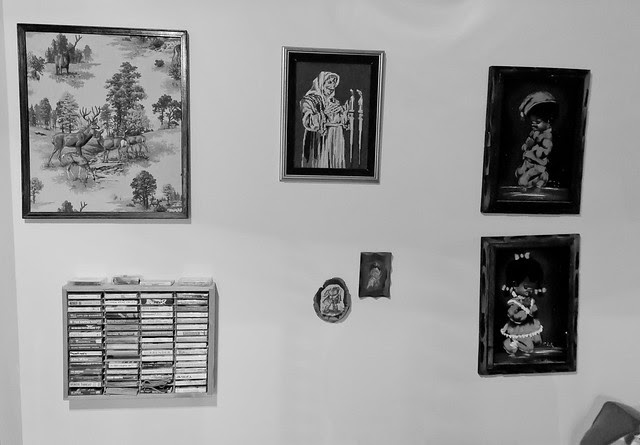 Instead of putting a record on, Ali told me to pick out a tape. I choose a 90s album by Neil Young and Crazy Horse. I really haven't ever listened to anything by Young post 1970s. 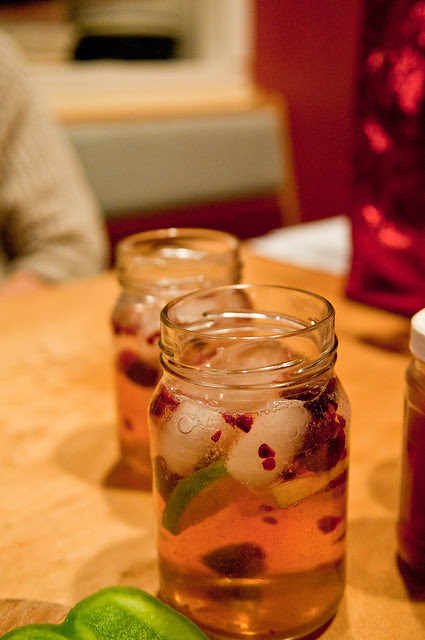 Monica made some amazing drinks with 2 Gingers Whiskey, ginger ale, raspberries and lime. 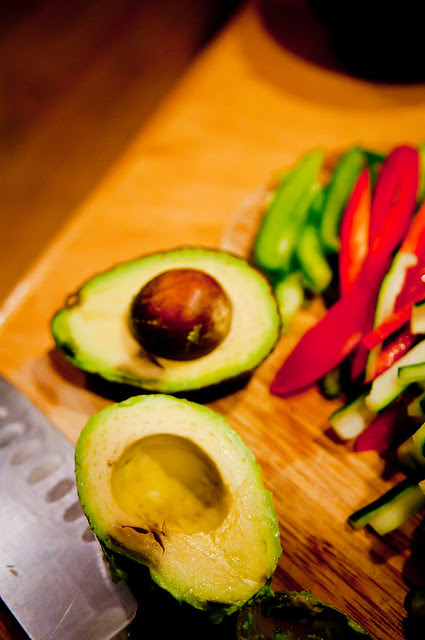 I finally finished the veggie prep with the avocado. 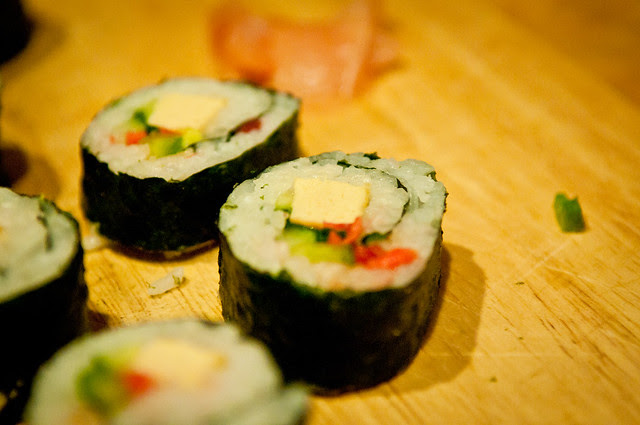 We made sushi rolls with pureed sweet potatoes, fried tofu and loads of veggies. 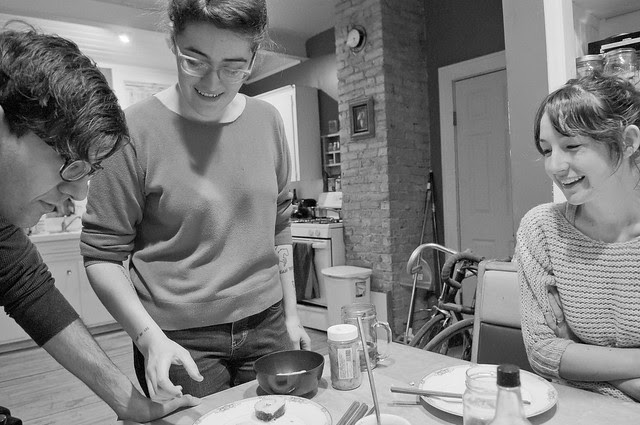 I'm not sure what's going on here, but everybody seems happy. 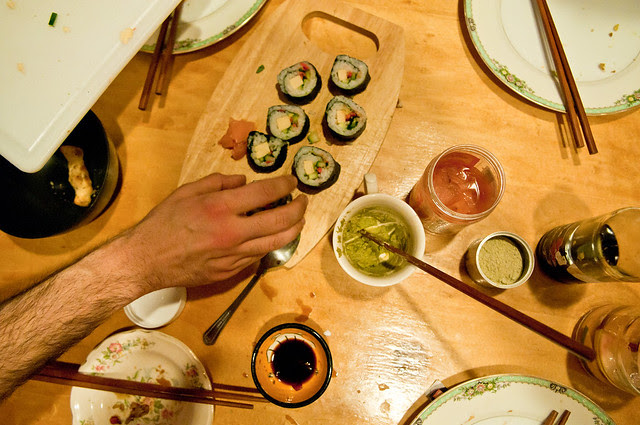 Eventually we used all the rice and sushi fun time was over. This was the first time we'd ever used powdered wasabi. It makes a lot more sense to make enough paste for one sitting than to have tube sit in your fridge for 5 years. 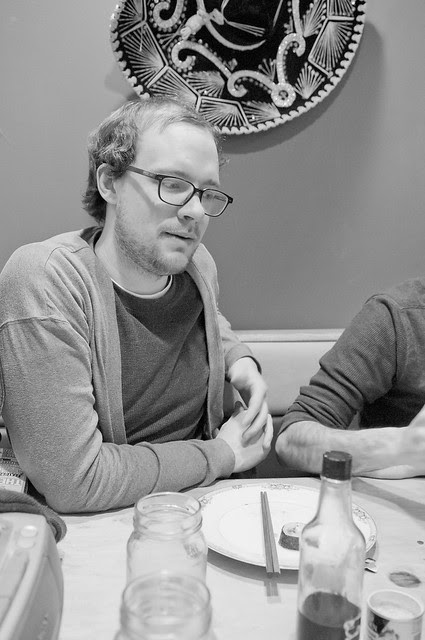 As you can see my hair is thinning on top and way long in the back.  I desperately needed a hair cut. 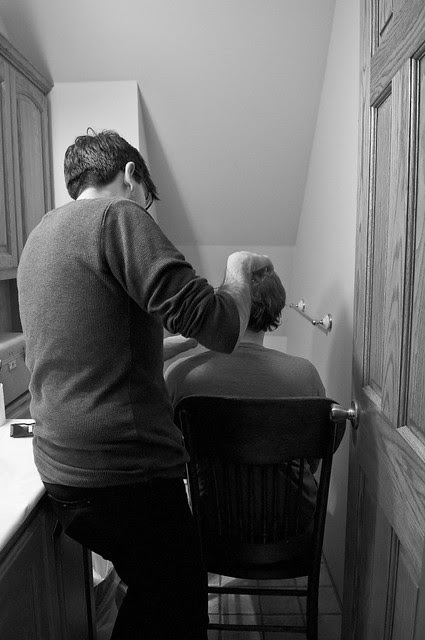 After dinner Ali gave Scott one of his famous haircuts. 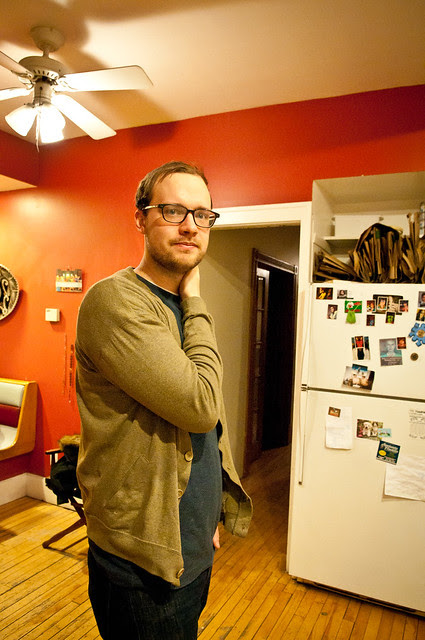 Good as new. Now I'm excited for the next Sushi Sunday.

Amanda said…
You’re probably excited about gardening because of this great spring weather! :)

Couple of food questions: 1. Do you always make your own breads? What recipes do you use? 2. What is a pineapple orange?

Couple of answers. 1. Yes, ever since going to baking school I stopped buying cheap bread. I usually make it myself in my bread machine, by hand or buy from a local bakery. If you read a few posts back you'll see that I'm trying to make all the bread recipes from a book I have. 2. The pineapple orange was a orange that tasted like a pineapple. It didn't really care for the taste of it. Probably won't be buying it again.
6:36 PM, February 19, 2012

Anonymous said…
You should give me some of your good bread recipes...I'd like to try some. Could I make some just using the kitchenaid mixer?
11:09 AM, February 26, 2012

Brooke said…
Yes Amanda you can make most bread recipes in the mixer. It's a lot easier. If you see any breads we make that you like let me know and I will send you the recipe. Just a warning though they do take anywhere from 5 hours to 2 days to make so plan on doing it on the weekend.
6:18 PM, February 29, 2012