By Brooke January 04, 2007
Umm, well I ended up having a longer Christmas break than I had originally thought. It went really well until the last few days.

I had dreaded this day since we met, I always knew it was going to come, but yet I ignored that it would ever happen. Saying goodbye to Scott was the hardest thing I've ever had to do. I've had to do that so many times last year and I still have to do it. If I can get through January and February and I think I will be ok, or so I keep telling myself. I took out a second loan and it got denied, so I'm still as poor as ever until I can figure out what I'm going to do. I'm so glad school starts next week, being alone all day is very hard. 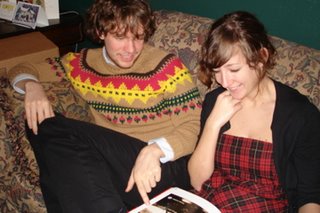 I left Scott Thursday night and headed back to Little Chute, which I was glad I did. We're having some family issues concerning my dad's business and the death of his friend. It tears me up to see him like this.

I wish I could've stayed home longer. I pretty much did, I left home early Sunday morning in order to be at work noon. My New Years was ok, my past 3 New Years have been sad I hope this years will be better. I don't have any resolutions because I don't think there is anything about me that needs to be resolved, but I do like to make lists of the good and bad things of the previous year. 2006 had more good things than bad compared with crappy 2005.

Back to my Christmas break, I thankfully got Christmas Eve off even though it looked like I wasn't going to. Scott came up for Christmas Eve, my first year bringing a boyfriend to meet the entire family. Christmas day we went to his house. I like his family. It was a little weird not going to my grandmas. Spent a few days in Cudahy, called in sick on Wednesday, then headed back to Little Chute for a few more days. I saw a lot of people that I missed. 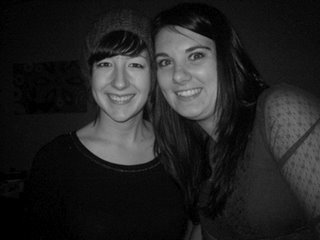 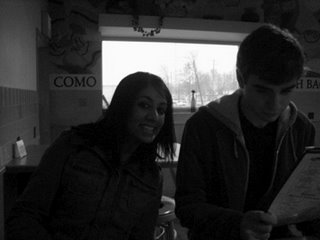 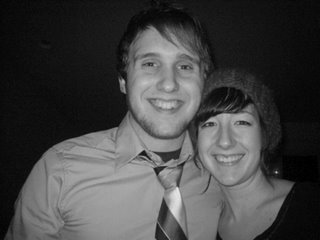 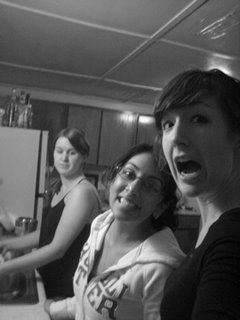 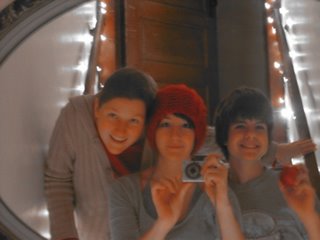 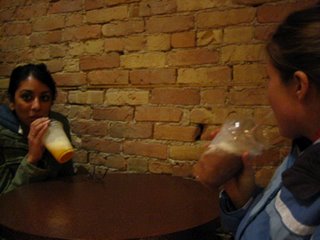 Not pictured is Keely who I finally got to see after a year and a half. The only people I didn't see were Tyler, Susie, and my kids.

To clear up any confusion on where I work. I stopped showing up at American Eagle because they were paying me a high school wage that I could not afford to live off of so I am part time at Menards still. I'm learning more and more about electricity, pretty exciting I know.

I've been doing a lot of knitting with the free time that I have a lot of. I'll post pictures of my projects later. The free internet we were stealing doesn't work anymore so I'll be spending a lot of time hanging out at libraries and coffee shops.

Anonymous said…
I could have sworn that I commented already! I guess I was wrong. How are you. I haven't called because I have been sick since THURSDAY! It's now Monday and I'm just feeling better. It's been horrible. I will give you a call sometime this week though. hope your doing well...love you and miss you!!!!!
7:06 PM, January 15, 2007