Bobilikin Woods and a Bike Ride It's been warmer out so Theo and I have started going on adventures everyday. 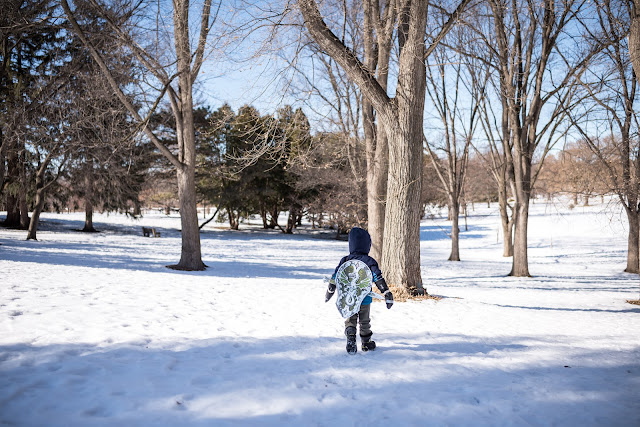 I've been playing Zelda: Breath of the Wild on our Nintendo Switch and Theo loves watching the game. I talked him into going to the woods near our house by calling it the Bobilikin Woods (actually bokoblin, but that's how he says it). Theo was instantly excited with the prospect of destroying some goblins in the woods. 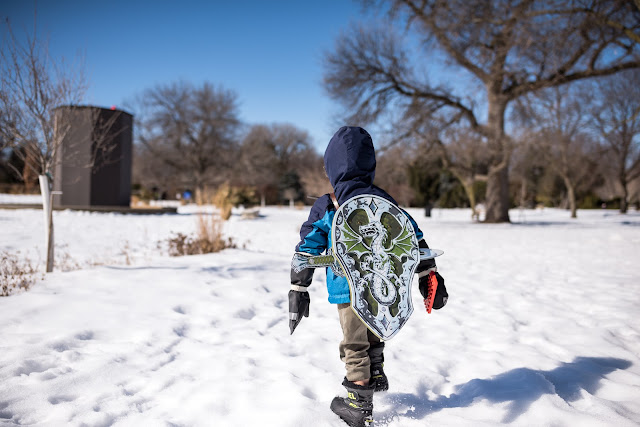 He brought along a Duplo as his Sheikah Slate. Just like Link.
He loves to pretend to be Link everyday since he got his sword and shield. 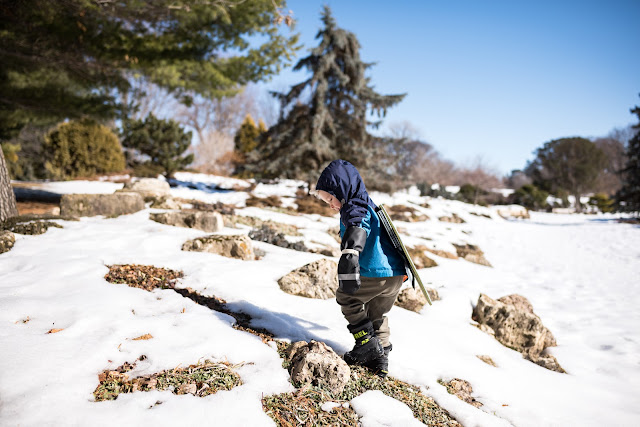 Theo walked all the way across Lyndale Park and over to the bird sancturary. 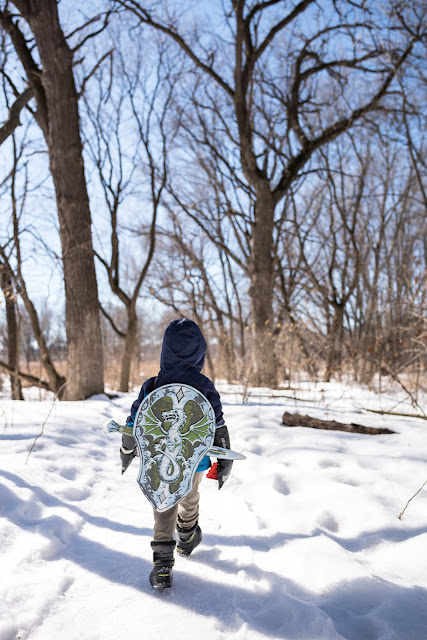 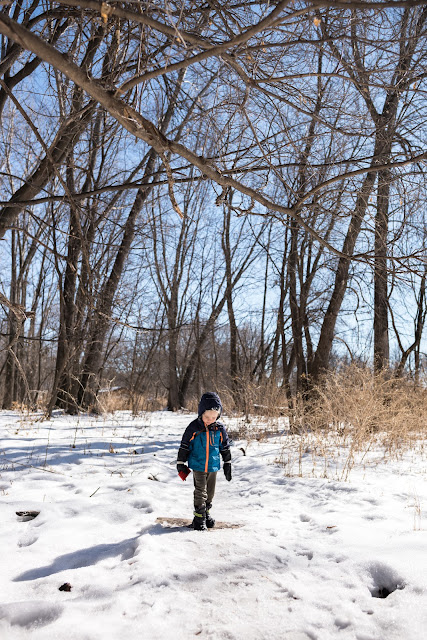 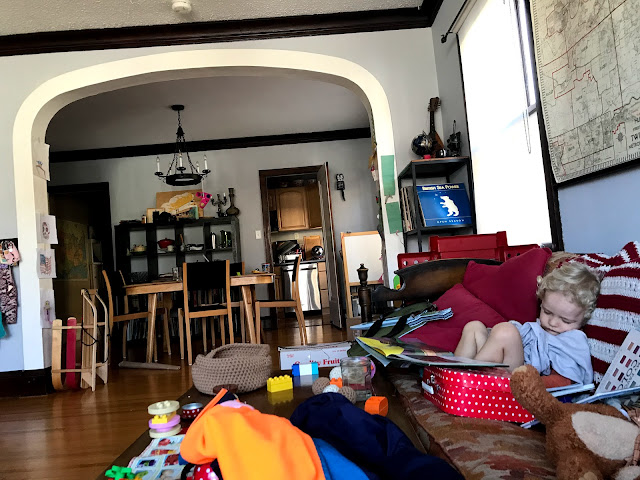 When we got home he fell asleep on the couch. He was pooped. 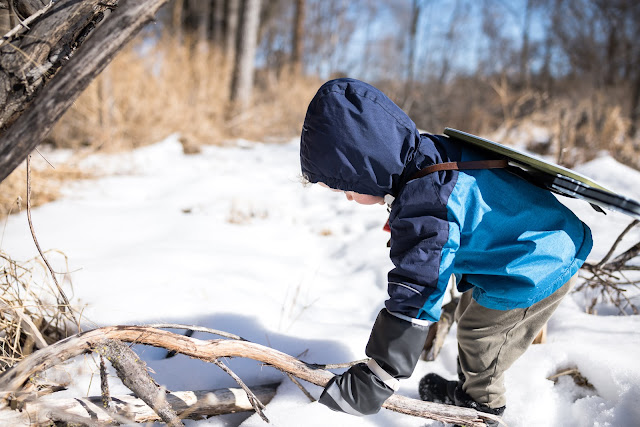 The next day we went back out again. 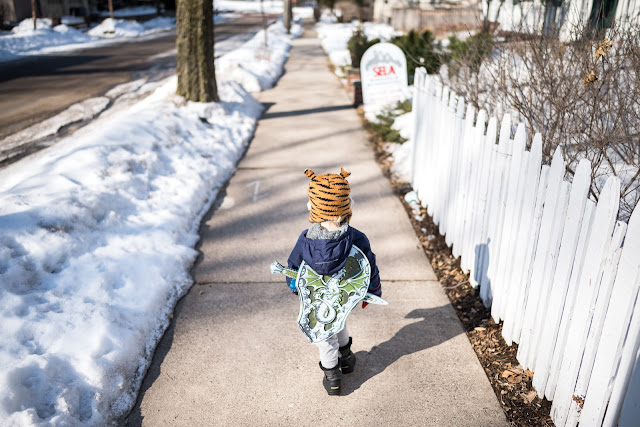 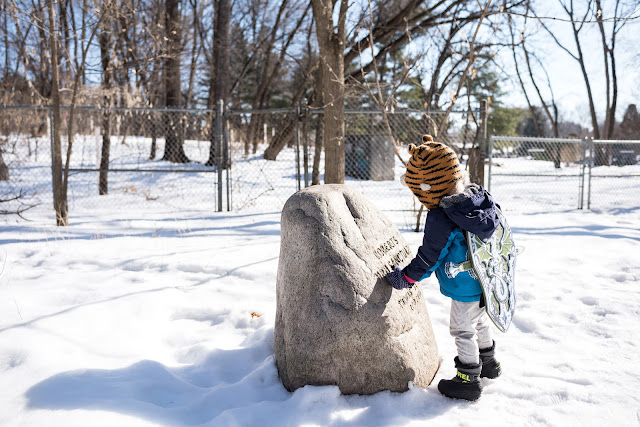 This rock became a mysterious shrine. 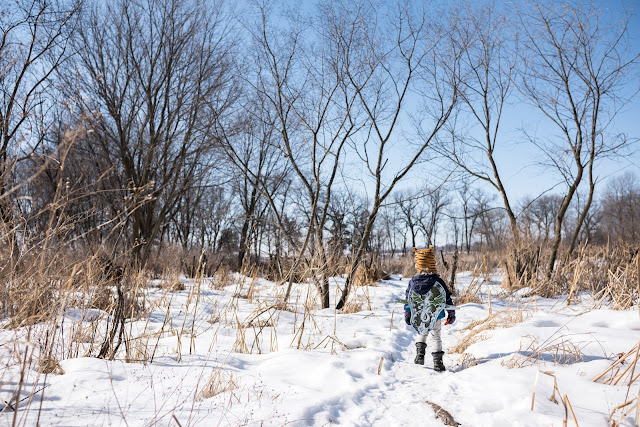 While Theo was hunting for bobilikins it was the perfect excuse to travel some of the trails that had been created through the bird sanctuaries marsh and ponds. 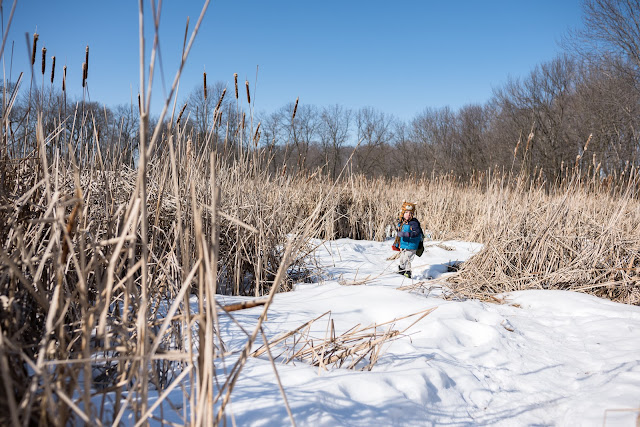 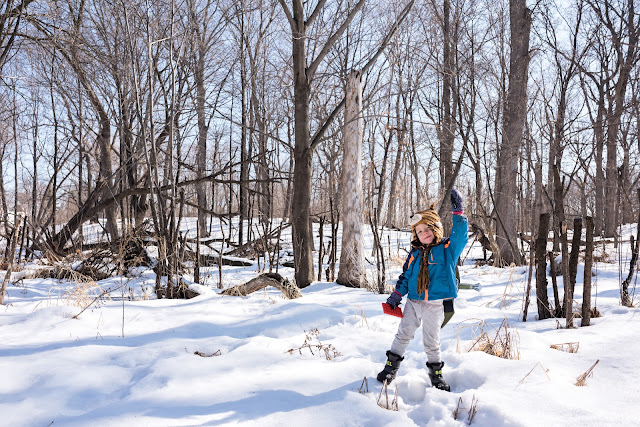 Many bobilikins were destroyed and the korok woods was found at last. It was fun. 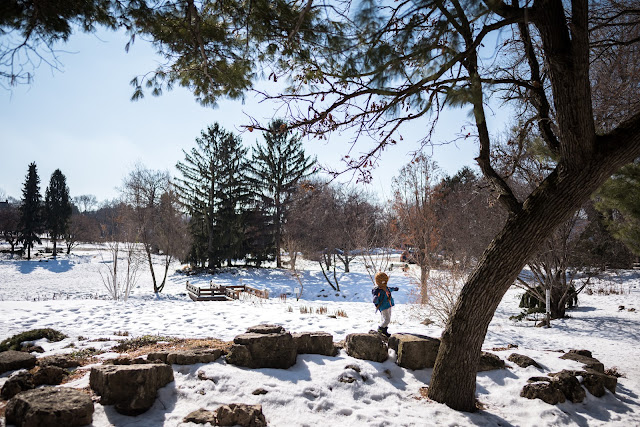 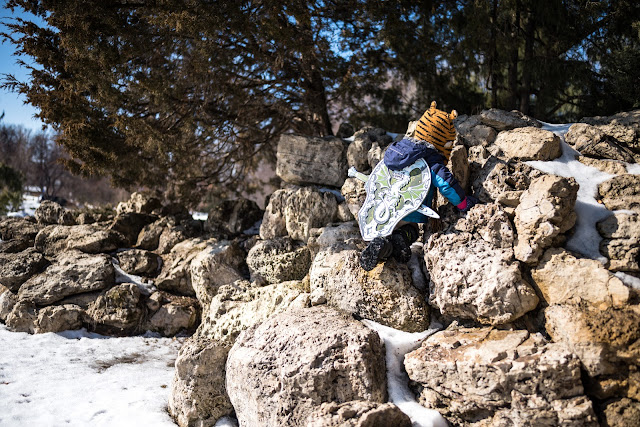 You think you're ready to go home and then he finds some rocks in the neighboring Peace Garden to climb. 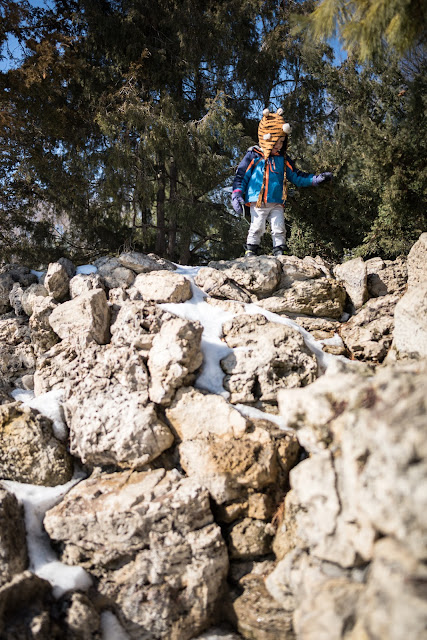 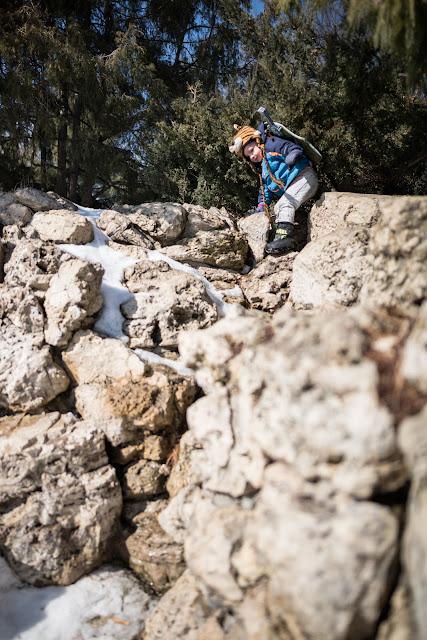 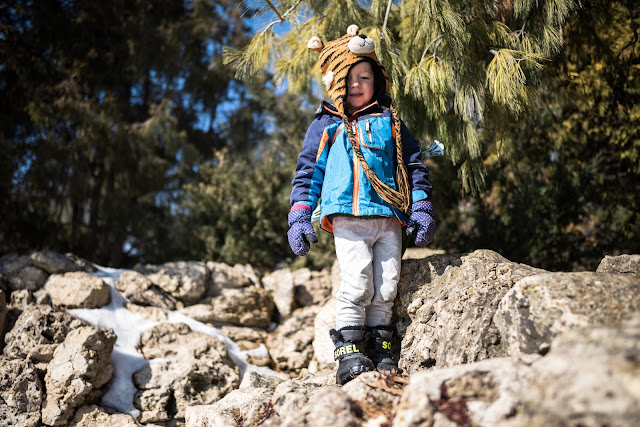 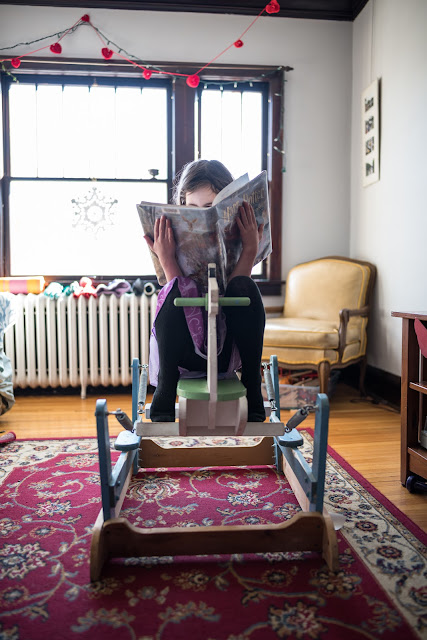 Meadow hasn't been as into reading as she used to be. But she still gets excited to go on our trips to the library. She mentioned there was an illustrated version of the Harry Potter series. She still isn't confident in reading books without pictures.
Been then she started to blaze through this version. 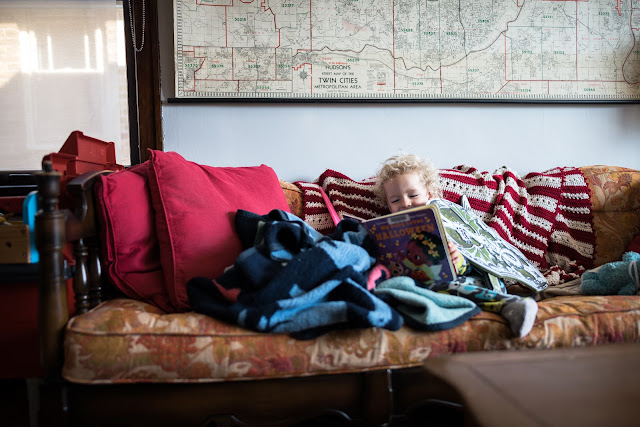 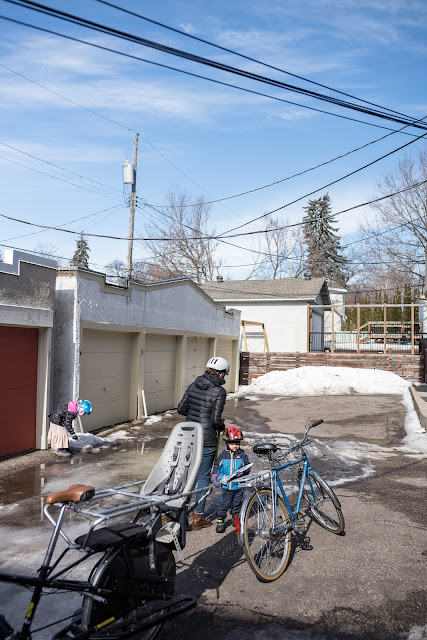 It was finally above 20 degrees and even reached 40. With the streets cleared of snow and ice it was time for a bike ride. 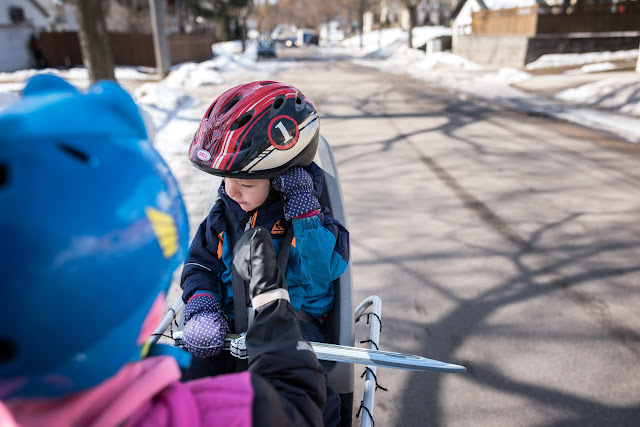 Theo wanted to bring his master sword along for the ride. 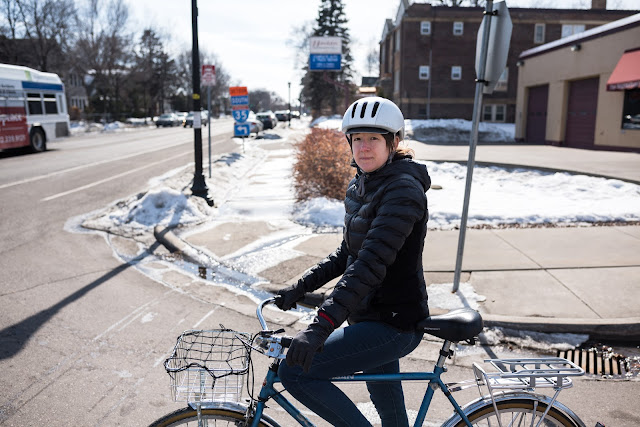 We had no real plan on which route to take and meandered through neighborhoods. 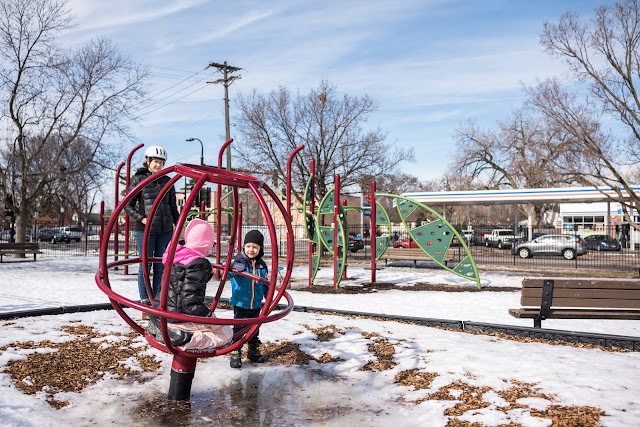 The kids spotted a playground but it was mostly under melted snow. Meadow fell out of this twisty globe into a deep puddle so it was time to go home.
Whoops. 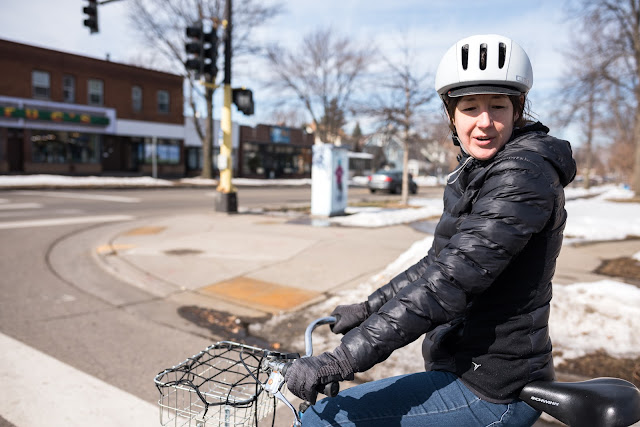 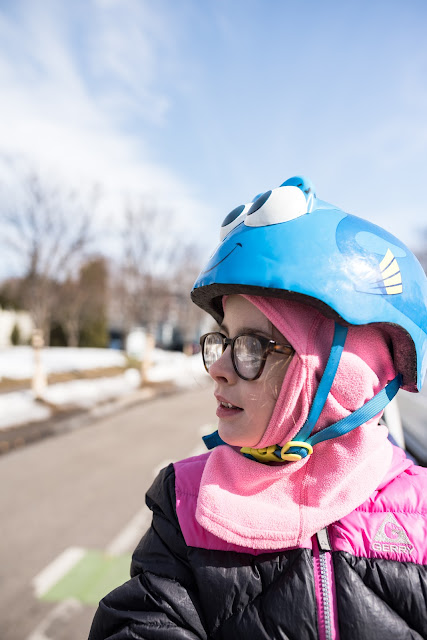 She was soaked from the fall, but was tough all the way home. 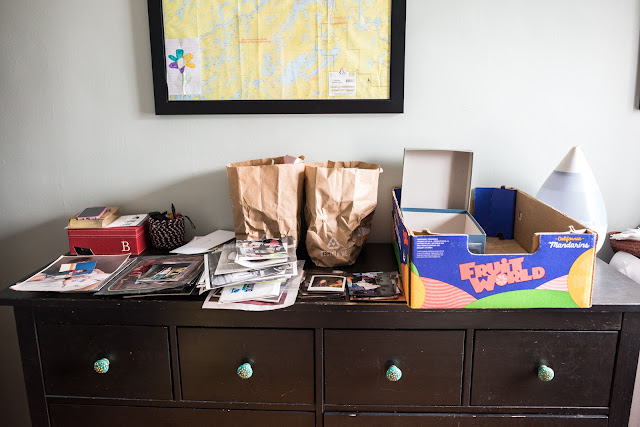 After going through our old files I went through our drawer of old film photos. That's when I remembered a bin with more photos. I plan to put all these into albums. It's a big project so I'll probably do one a winter season. 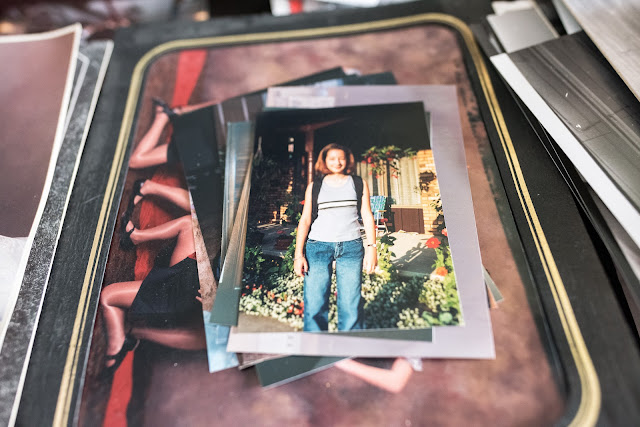 Brooke was so cool. Ha. 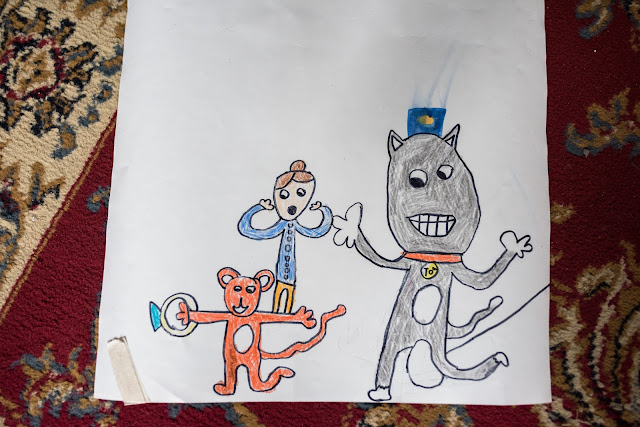 We ended the night watching the new Tom and Jerry movie. Meadow drew the characters while watching.