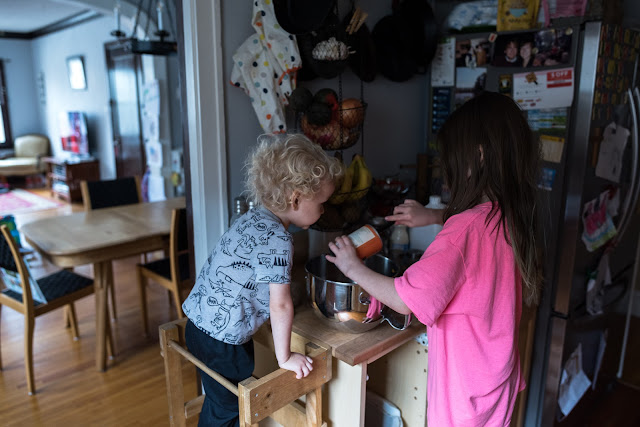 This year Thanksgiving would be just us in our home in Minneapolis. After watching the awkward Macy's Day Parade the kids helped with making pie. 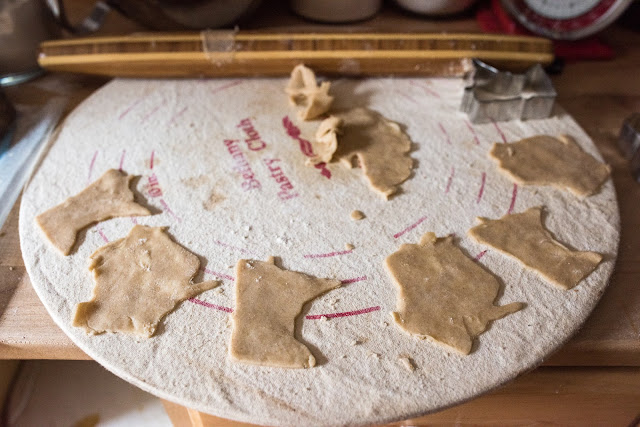 I thought it would be fun to top the pumpkin pie with our two favorite states. 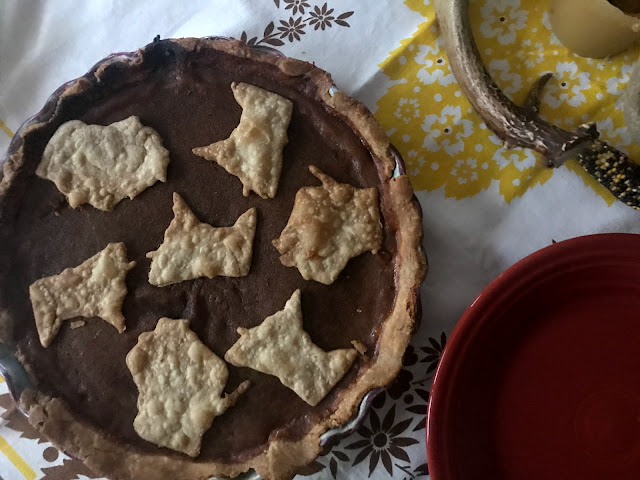 It was a good decision. 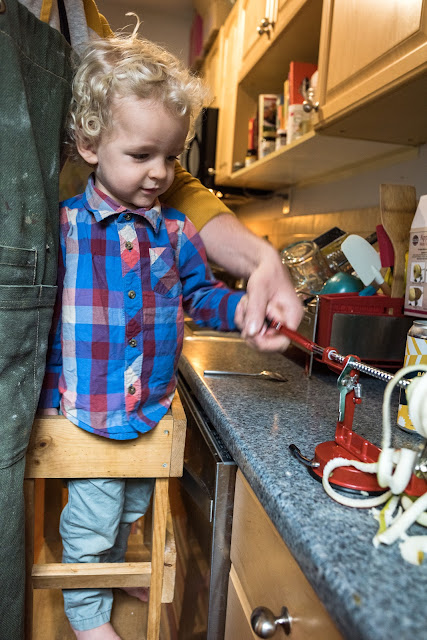 I had too much dough and we still had roadside apples left. So Theo and I made a dutch apple pie. 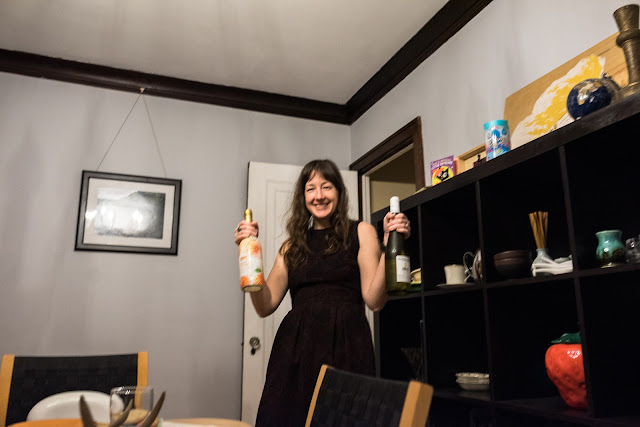 After cooking all day it was time to eat. I brought out the drinks for adults and kids.
Meadow took the pic. 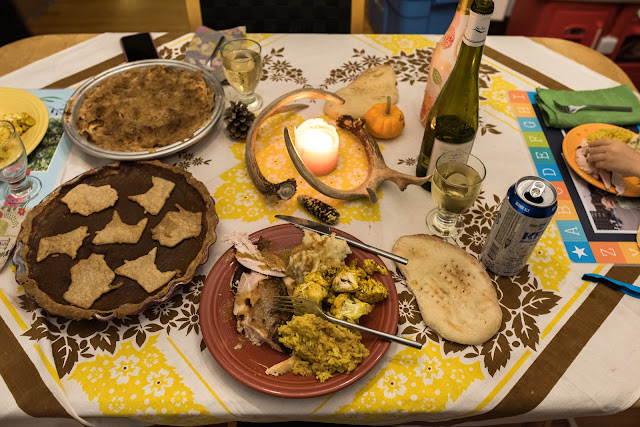 Our traditional, well not on Thanksgiving, Indian inspired meal. 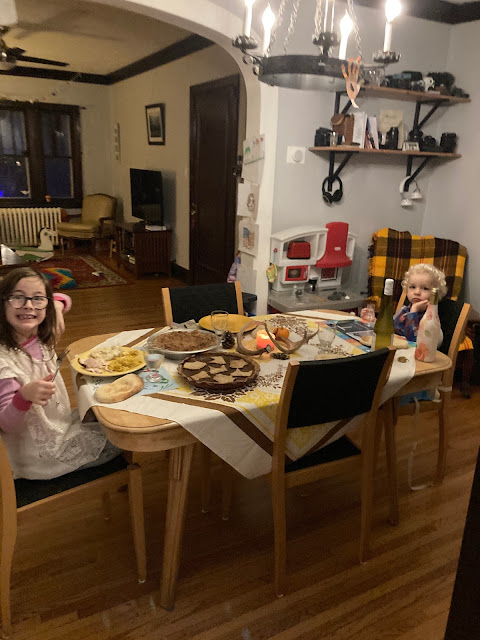 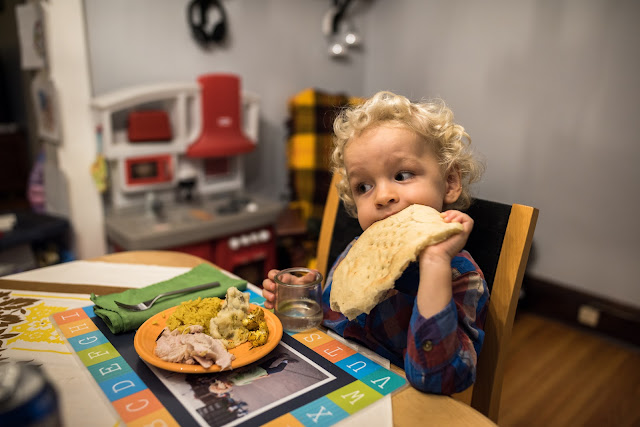 Theo mostly enjoyed the naan.
Can you blame him? 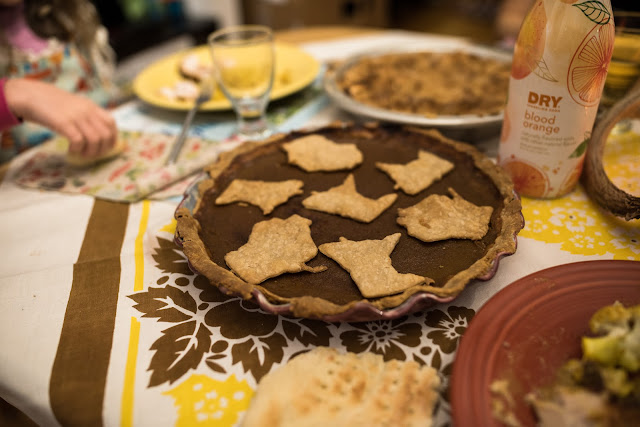 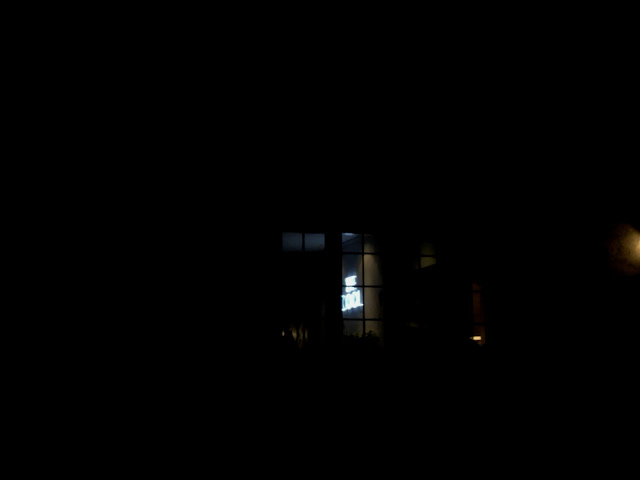 After dinner we went on a walk around the neighborhood. A lot of people had Christmas lights up already.
This house had a strange neon sign in their house that blared, "Be Cool" out into the street. 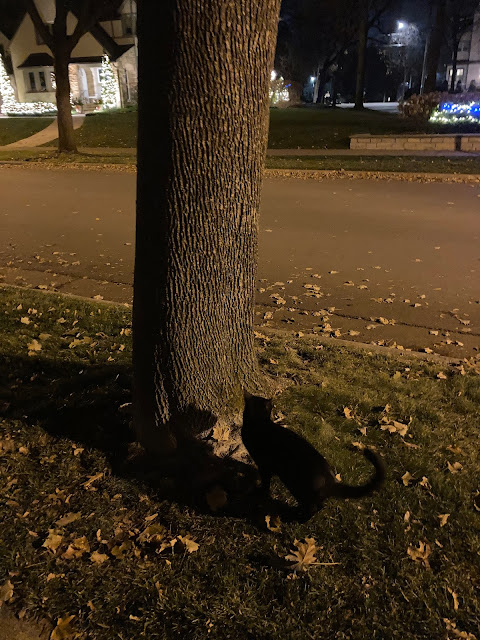 We ran into this kitty who then followed us all the way home. Peanut jr? 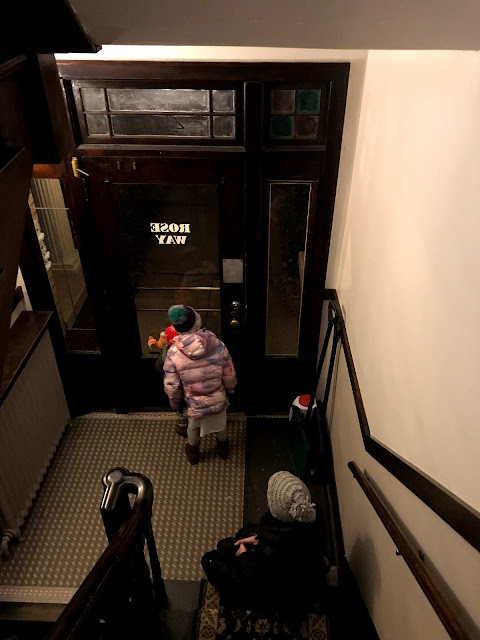 Theo was very sad that he didn't follow us inside.
We all were (except for Brooke).
I later saw on Nextdoor that he followed someone else home who brought the kitty inside. The kitty was later reunited with it's owners.