We Finally Did Nothing 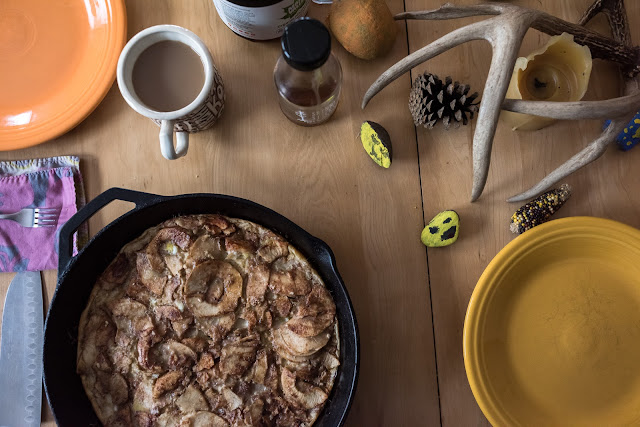 For the first time in a long while we had no trips planned. With our abundance of apples we picked up last weekend I made German apple pancake for breakfast.
We bought two big bags of apples along the road on our way back from the cottage. We've been making apple sauces, dumplings and even a pie. And they're still not gone. 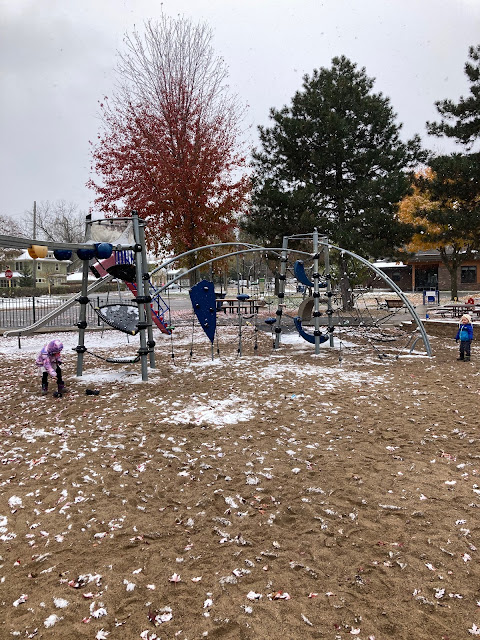 The night before I asked Theo what we should do tomorrow. He said, "drive". I asked where we should drive to and he said playground. 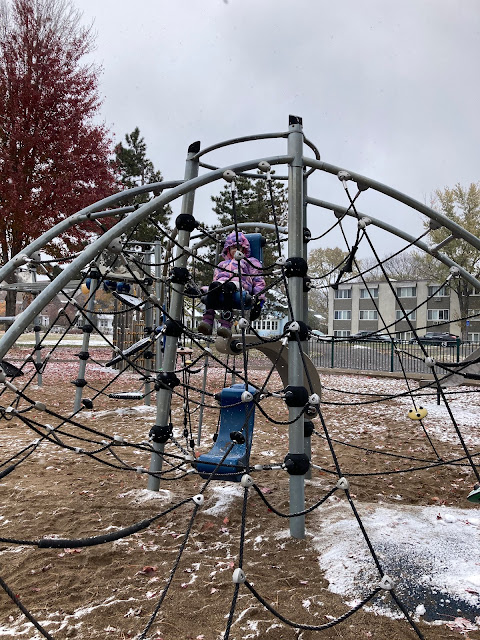 We didn't have to drive as we walked over to our neighborhood park. I was surprised to see four other families there when we arrived. Almost as soon as we showed up they all left so we had the place to ourselves. 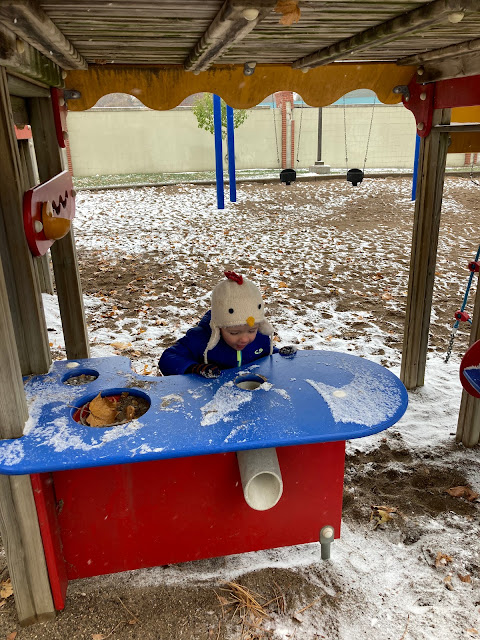 We stayed for over an hour. The kids didn't want to leave. 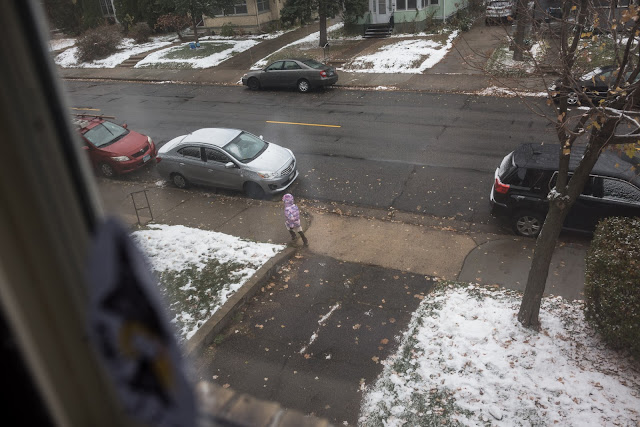 When we were walking to the park we passed the neighbor boy who mentioned it was his brothers birthday. Meadow made him a card and dropped it off for him. 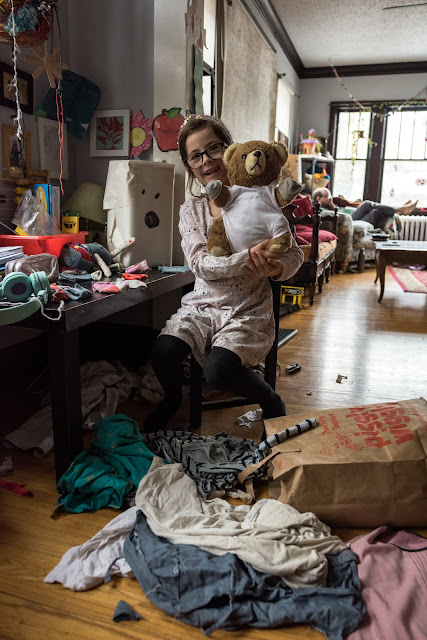 This kid just spends all her days cutting up old fabric and making outfits for her and Theo’s stuffies. She’s pretty cool. 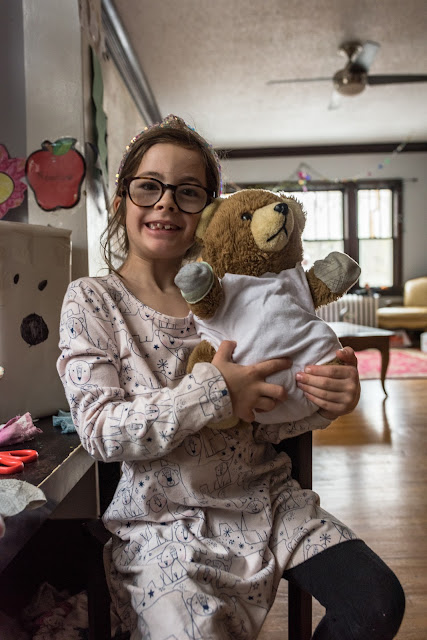 She can make things out of nothing. I love her creative mind. 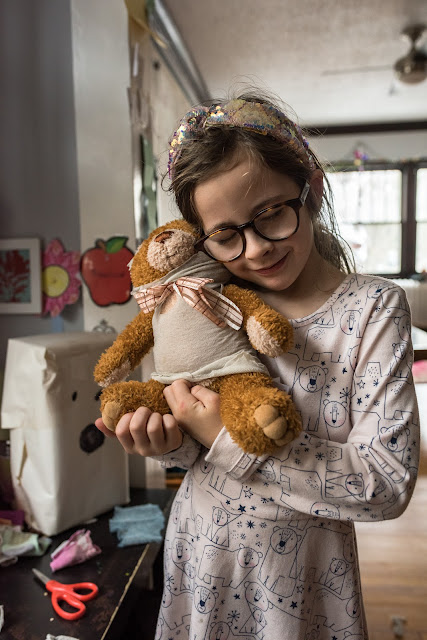 The room may be strewn with fabric scraps, but that's alright. 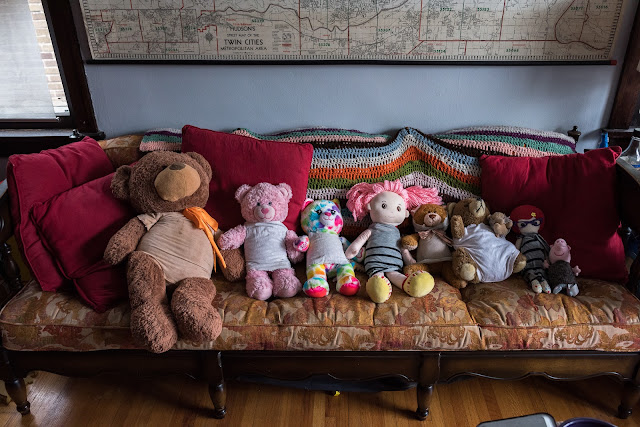 Check out all the new outfits she made. 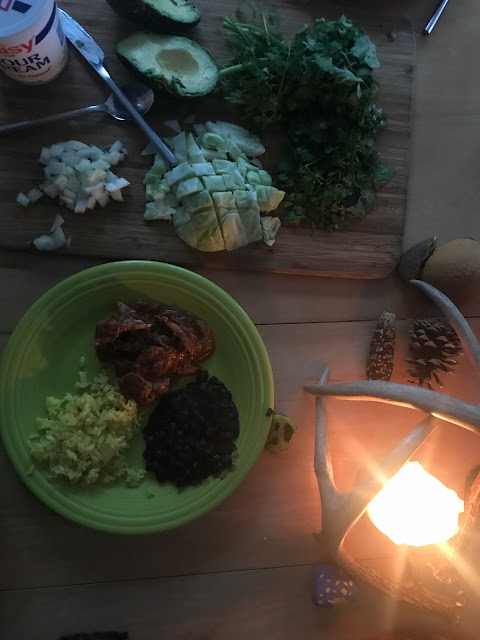 I didn't take any good pictures of it, but I made chicken mole after Meadow had mentioned that cocoa is used in it. I guess kids do learn from PBS shows. 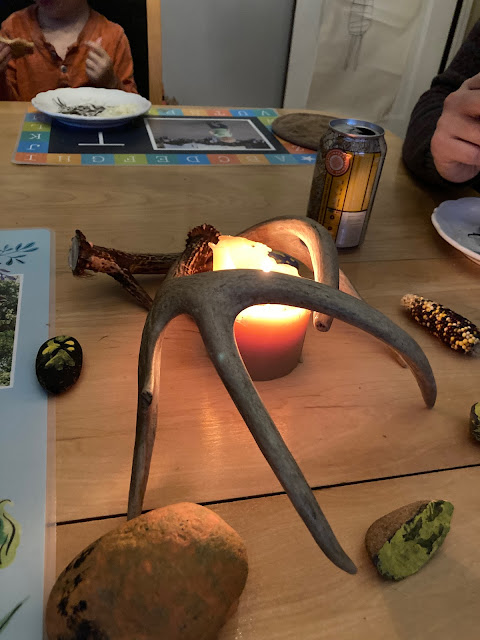 Apparently Meadow had written my dad a letter asking for antlers. He followed through and gave her some when we saw him at the cottage. I asked what she planned to do with them and she made a nice centerpiece on our table.
The end.