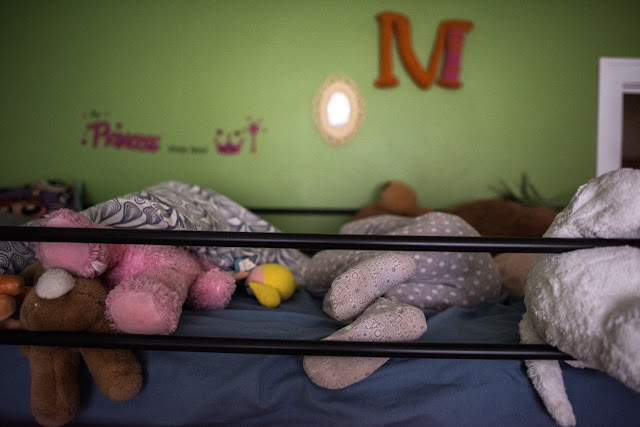 Meadow sleeps in the strangest positions. 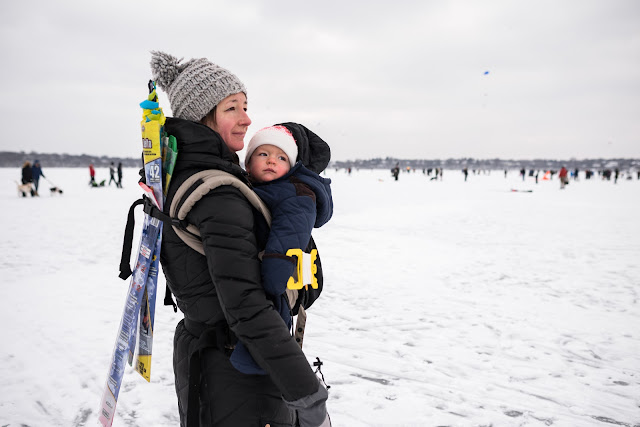 The two of them could really share a bed if they chose sides. 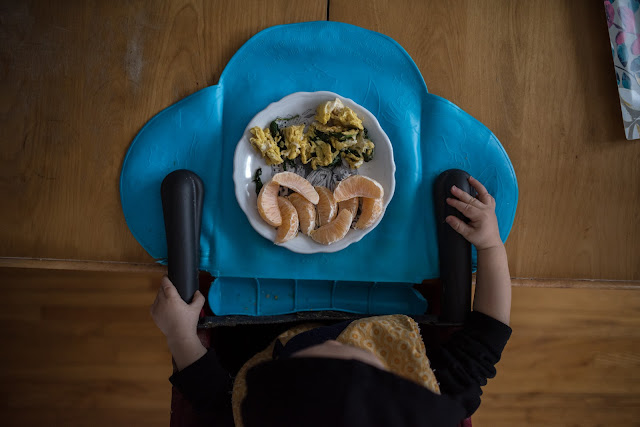 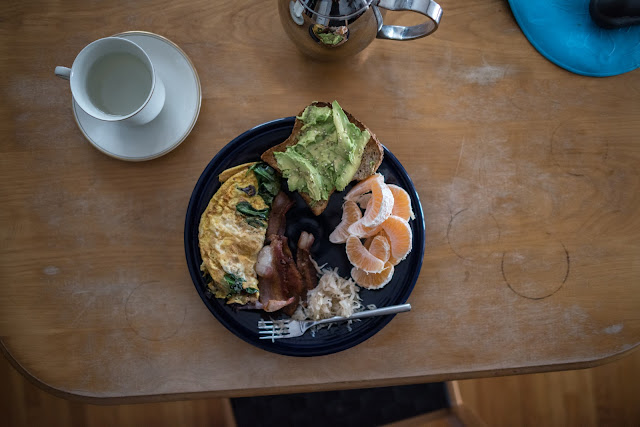 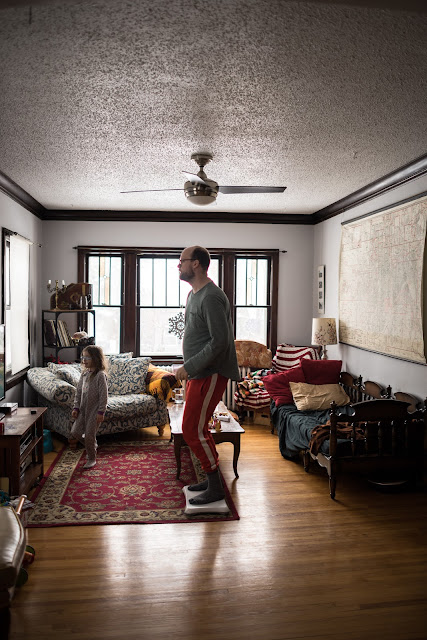 My ankle was finally feeling better after a wicked ankle twist back in December. Now I'm back on the Wii Fit train. 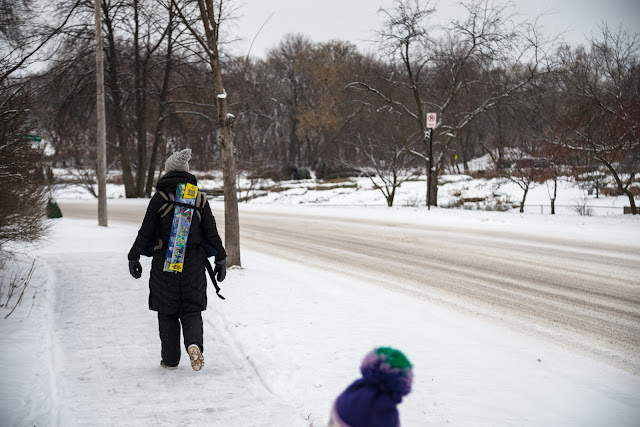 Then it was time to check out the Lake Harriet Winter Kite Festival. 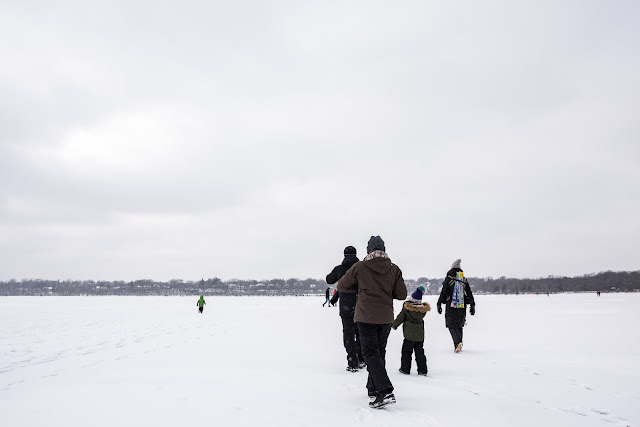 I had a bad feeling as we got closer and I didn't see any kites in the air. 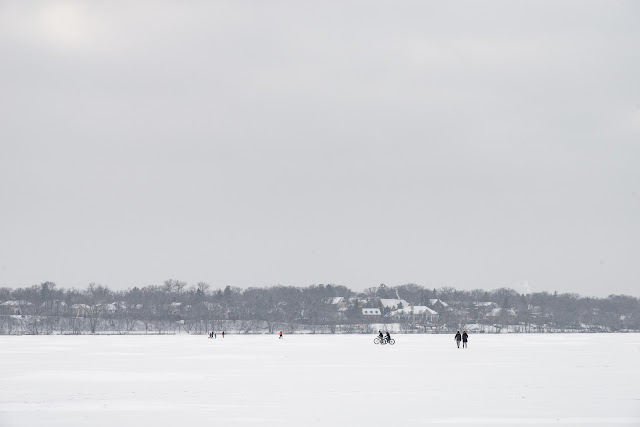 There were still a lot of folks out on the ice. 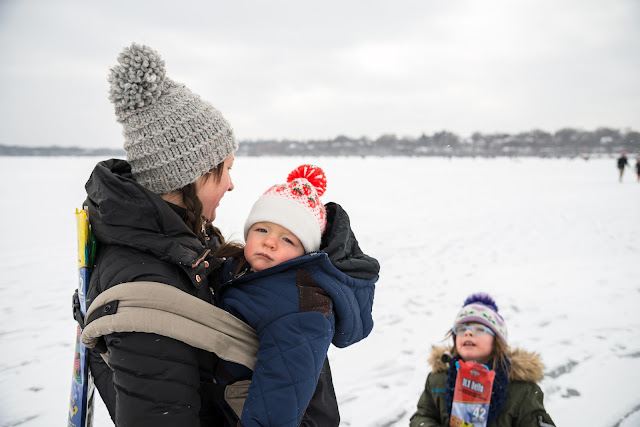 Theo was not impressed by the cold and lack of kites. 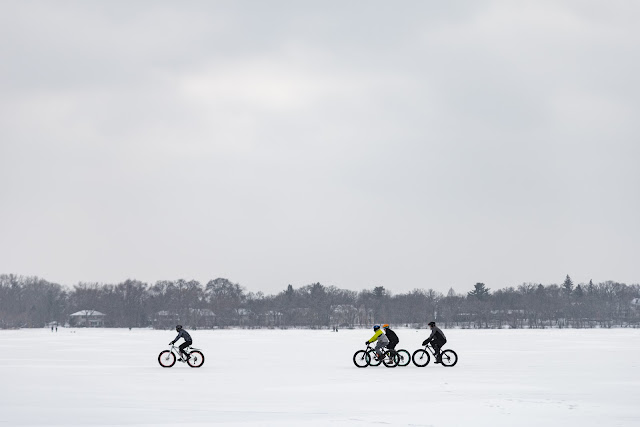 You could try out fat bikes thanks to the bike shop near our condo, Farmstead Bike Shop.

Theo was still not in the mood. Truth be told, the little guy and I were a bit under the weather. 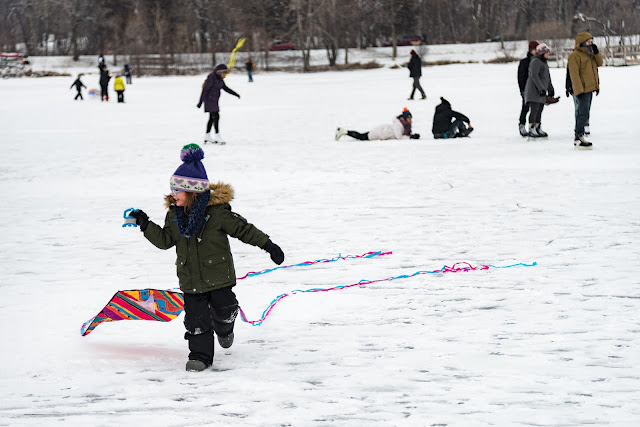 We tried, but couldn't get the kites to stay up long. 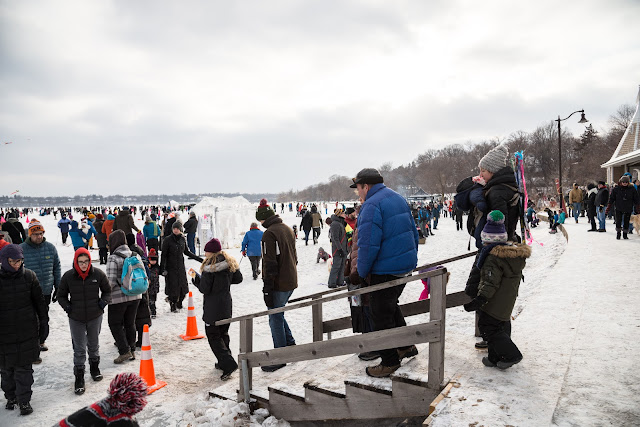 We walked around and people watched instead. 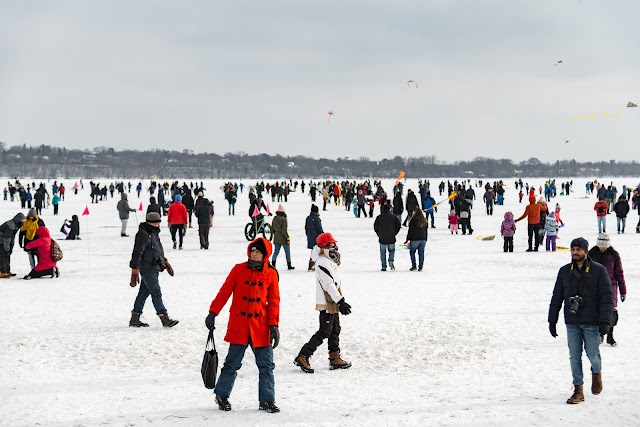 Eventually there was enough wind for a little kite flying. 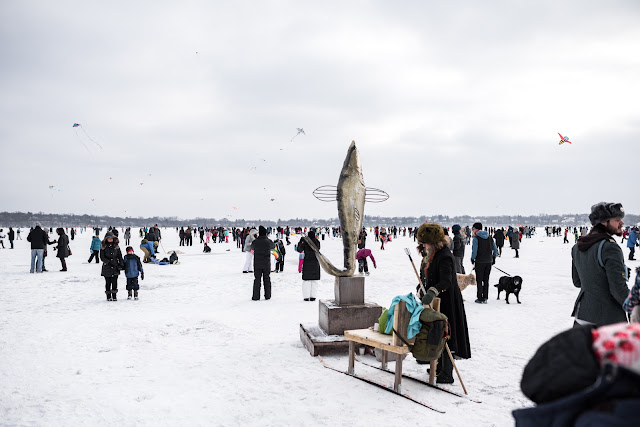 Check out that homemade kick sled. 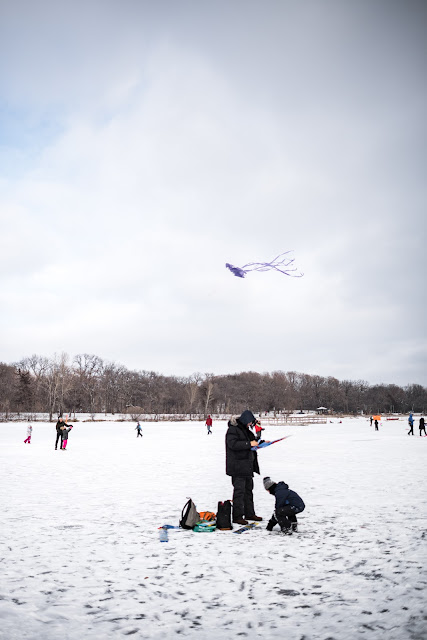 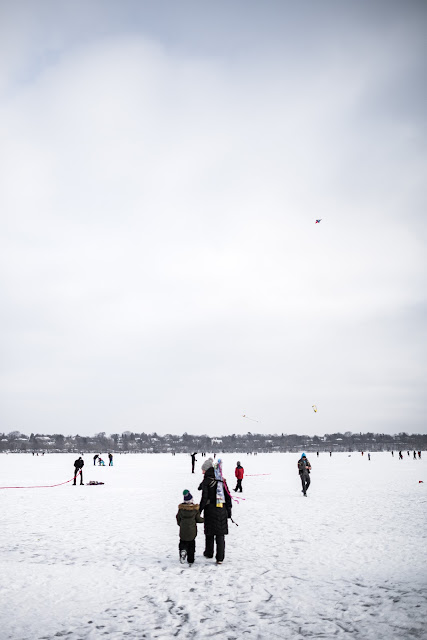 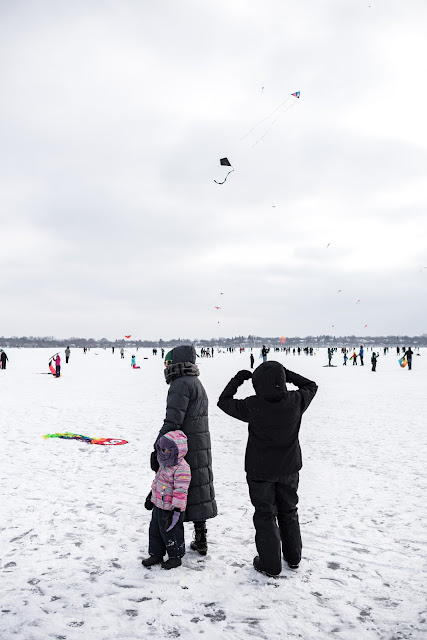 Some kites were successful but none of the big guys were out. 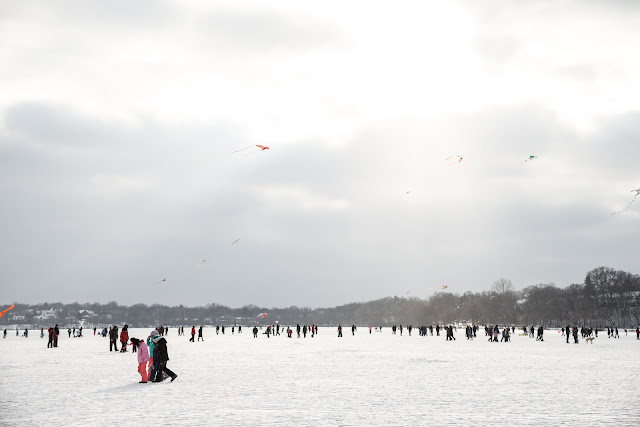 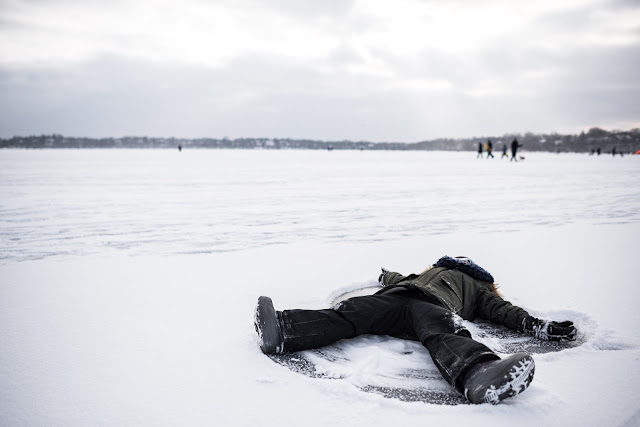 Before we could leave Meadow had to leave her mark on the lake. 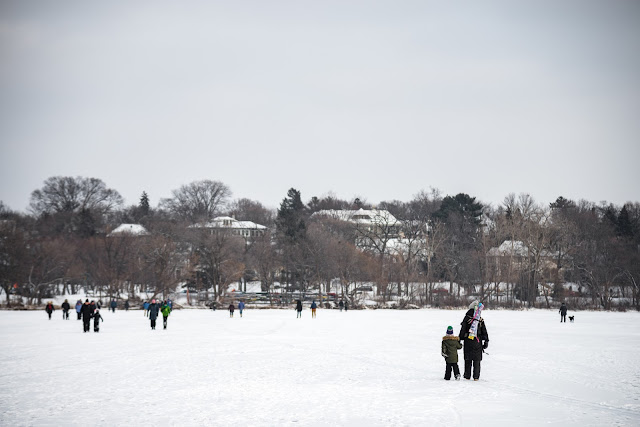 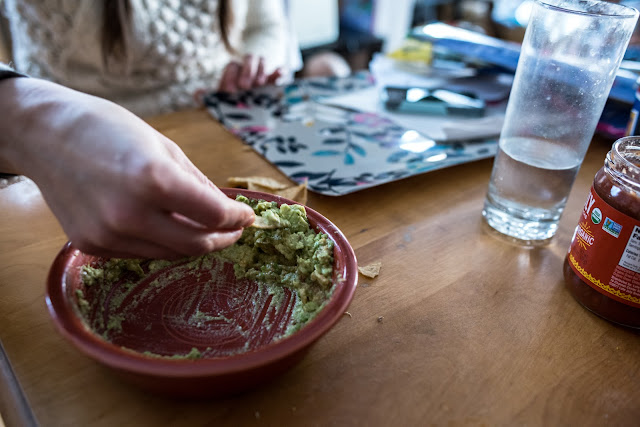 I had guacamole for lunch.

It was supposed to be a snack withe leftover soup, but Brooke basically ate it all. 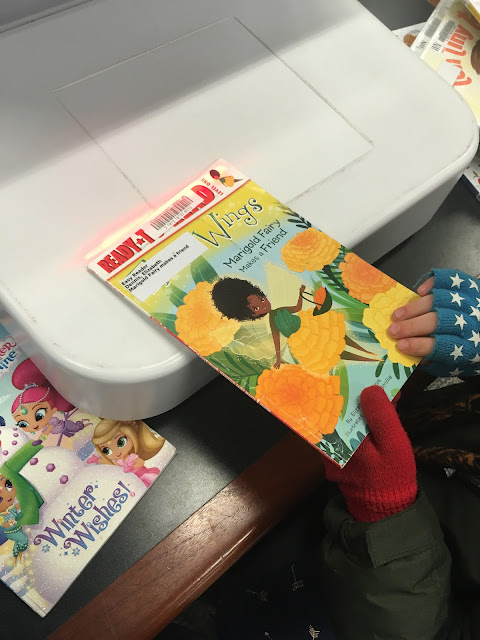 Meadow and I ran to the library quick before it closed. 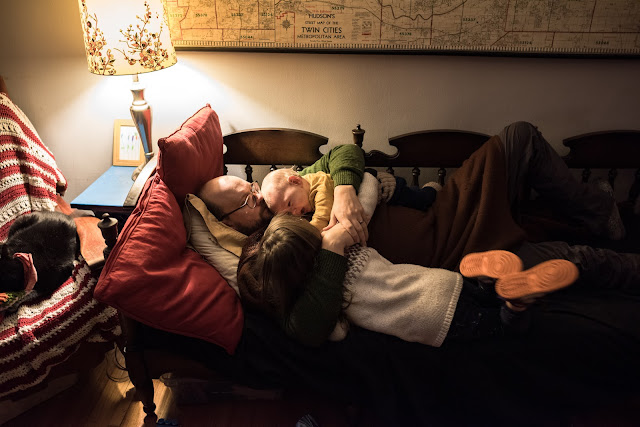 I love cuddling with these tiny tykes. 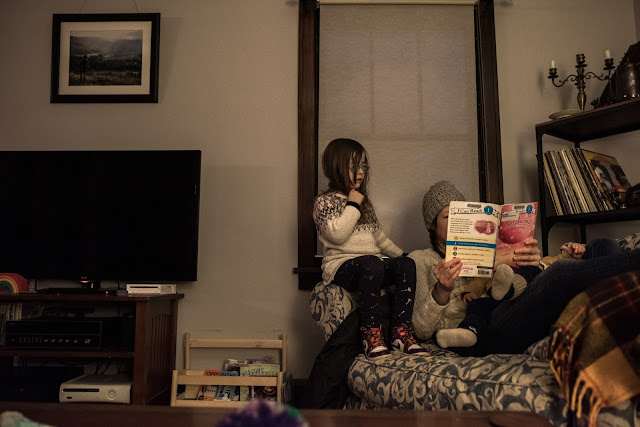 Since Scott and the kids were sick we were lazy the rest of the day. 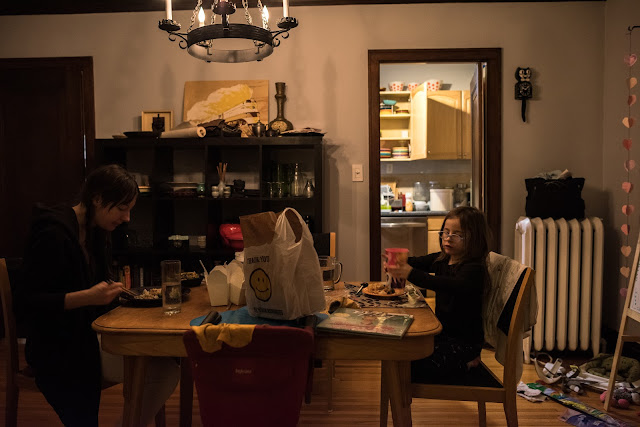 Eventually we got hungry and ordered Chinese takeout at like 9:00. 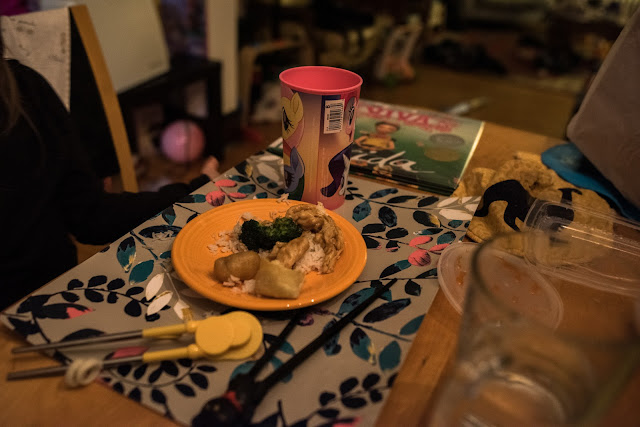 It hit the spot.