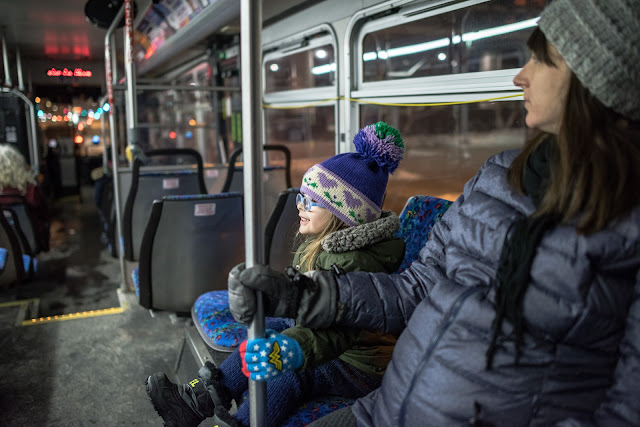 We had planned on airbnbing our old house during the Super Bowl. Then we sold our old place, got a condo and Brooke got pregnant. So, that was off the table. On the Friday before the big game we took the bus to Downtown to explore Super Bowl Live. 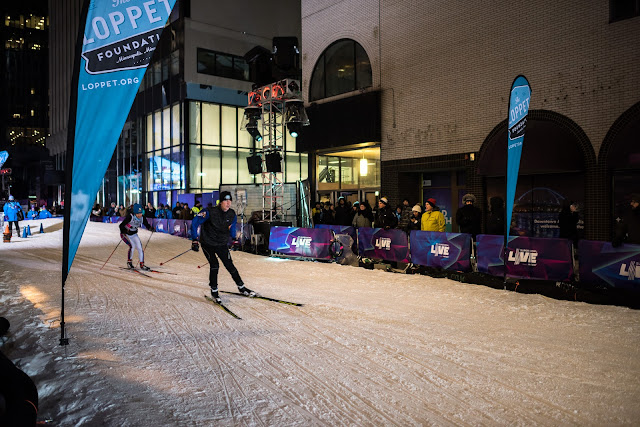 The coolest event was definitely the ski and fat tire bike races. 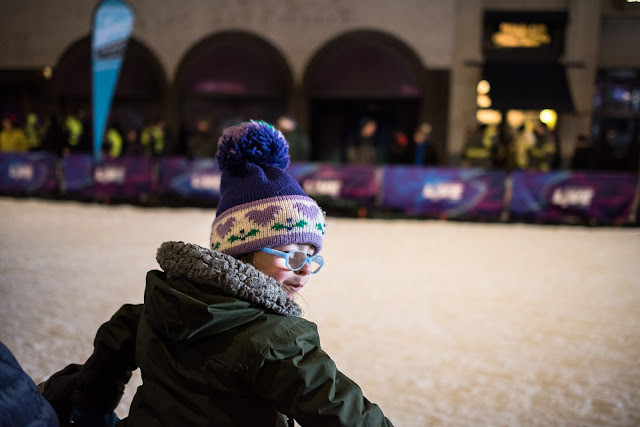 Meadow just wanted to stay and watch everyone race up and the down the big hill they built over Nicollet Mall.


Meadow asked a few days later if we could watch it again. I think she's going to enjoy watching the upcoming Winter Olympics. 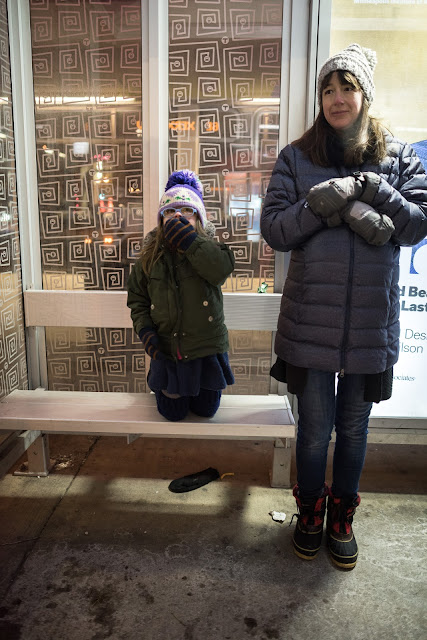 The rest of the time Meadow insisted on being carried, so we didn't get any more pictures. We did end up waiting at the bus stop for 40 minutes in the single digits.

It was chilly and walking made the baby put pressure on my bladder. 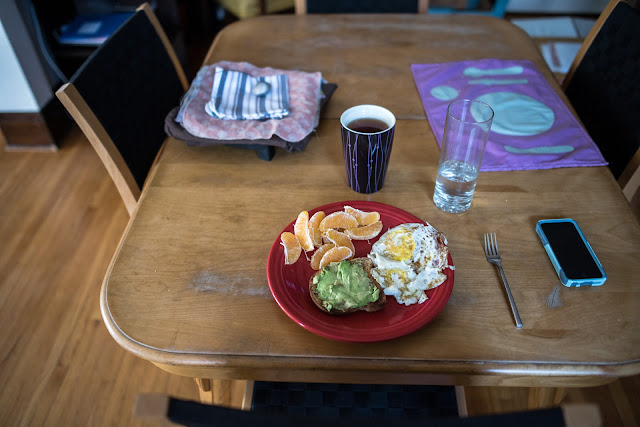 I'm officially 38 almost 39 weeks pregnant. Our house is completely unpacked and set up, we have food in the fridge, our car had an oil change and has gas, I'm running out of clothes to wear, all the baby stuff is out and I'm too far along to do any traveling. We are ready for baby to come and don't know what else to do with ourselves. 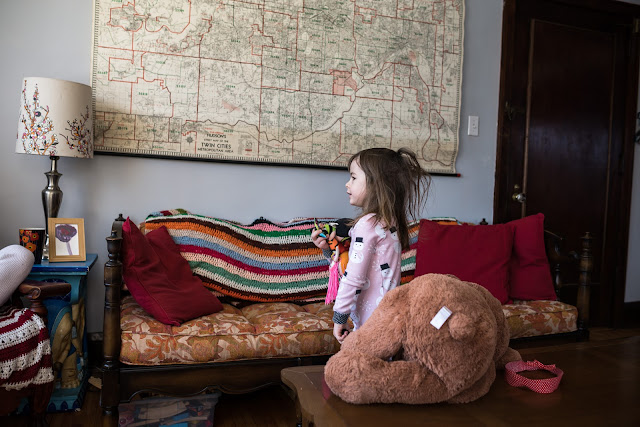 Once Scott and Meadow got up, Meadow decided to put on a Beauty and the Beast play with major bed head. 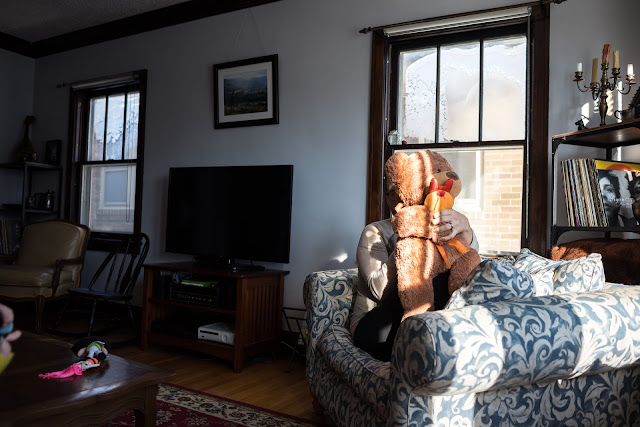 I played the Beast via her giant teddy bear. 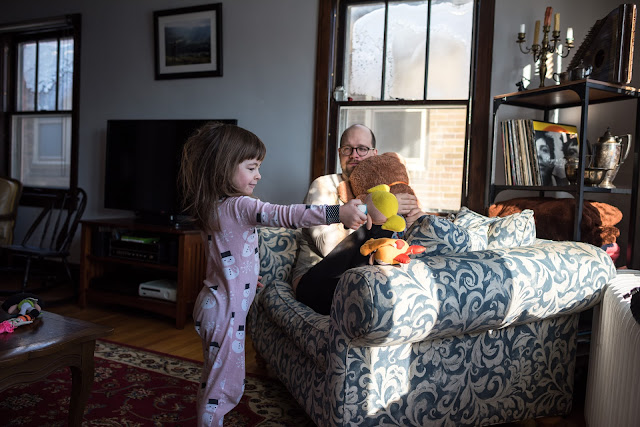 The Beauty and the Beast play suddenly turned into a Powerpuff Girl play. 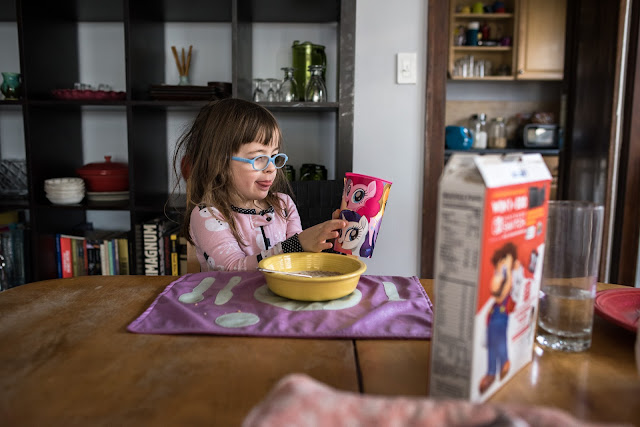 Meadow usually insists on breakfast before anything else. Recently she's been changing that. She also had to tell me the names of all the My Little Ponies. She never watches that show at home. She's memorized them all from watching it at friend's houses. 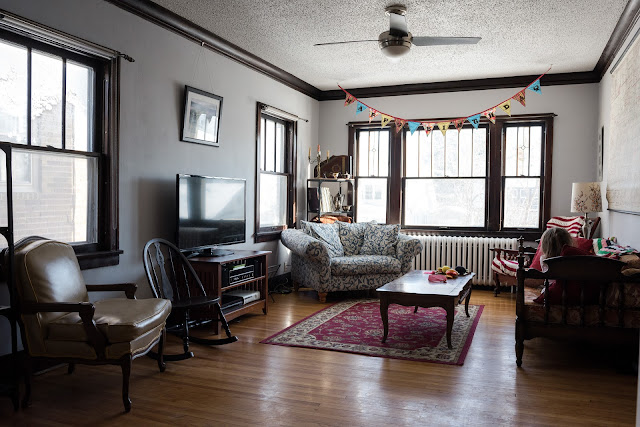 It's been exactly one month since we moved in and, even though I thought I would, I really don't miss our old house at all. I think it's going to be really hard when we have to leave here.

Perhaps we can stay here for longer than we planned. I guess we'll see how the kids like sharing a room in five years. 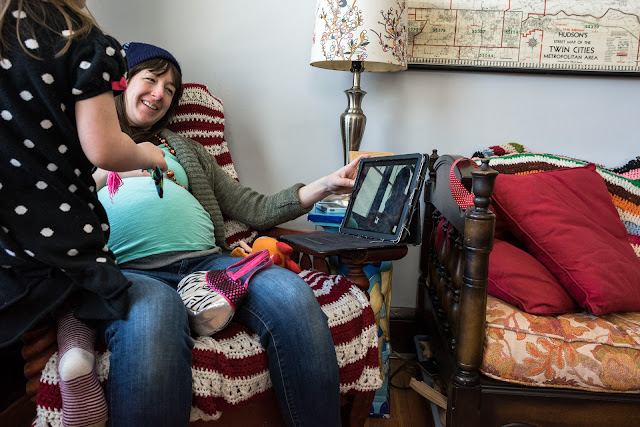 We debated on going  over to the Mall of America, but with all the out of towners I figured it would be busy. I guess I was right, they had 1,000,000 visitors during the Super Bowl week. 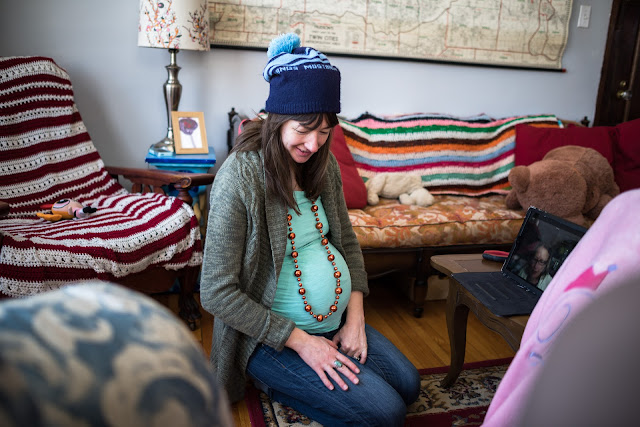 My mom asked what my pregnancy status was and I said, "Any day now, I'm having a baby." 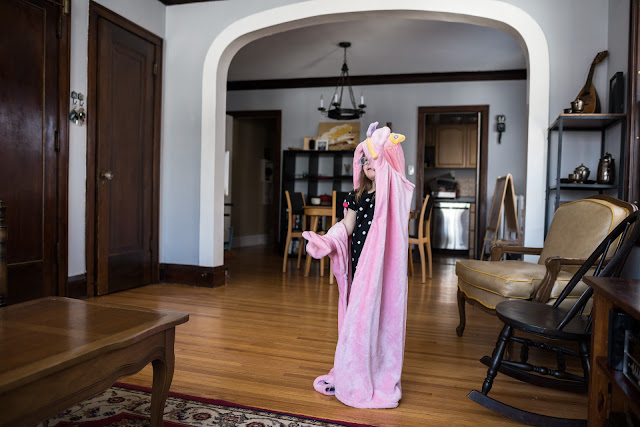 Meadow made sure to show her grandparents on Brooke's side what her nana got her for Christmas. She also showed them all of her library books. Funny kid. 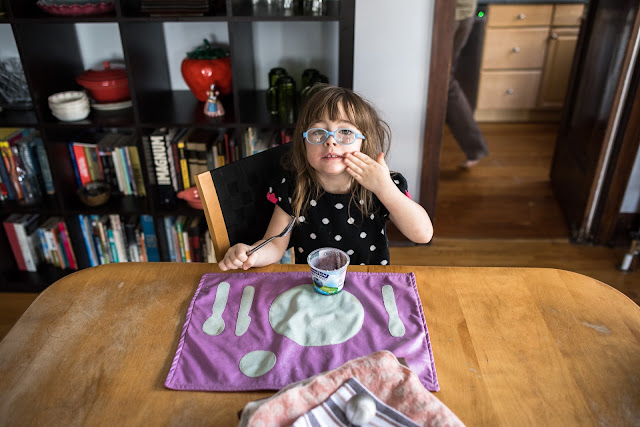 After talking to my sister and cousin Simone on the phone she had a snack. She must've remembered that she got a yogurt a few days back.

Meadow never would talk on the phone until this past month. Now she's a Chatty McGee when she gets on the phone. 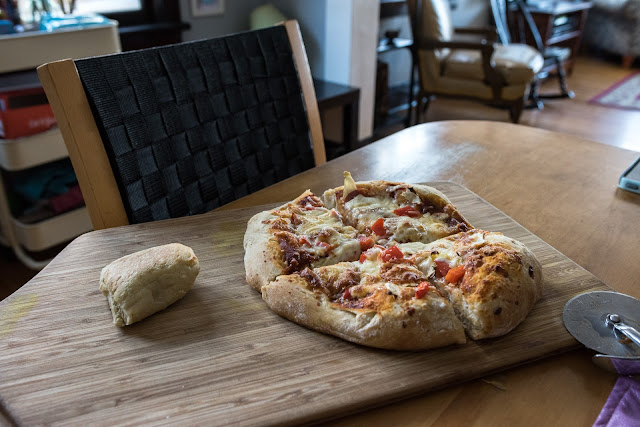 I could eat pizza and ice cream anytime.

One leftover pizza and one from the extra dough. Today I was going to like lunch better than dinner. 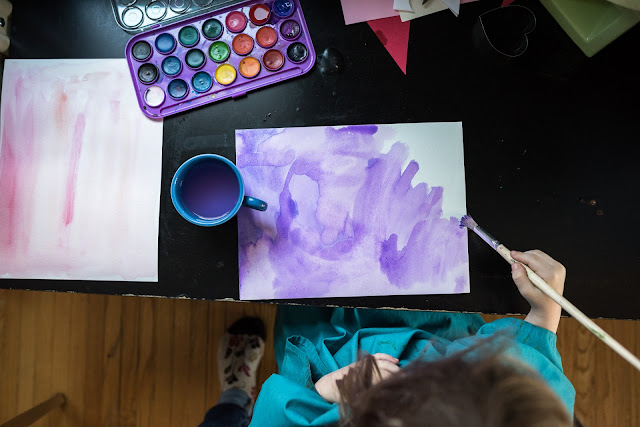 Even with nothing for us to do and nowhere to go, it's been nice to spend more time with Meadow. The two of us decided to work on a Valentine's project while Scott did some work. We needed colored paper so we watercolored some plain paper. 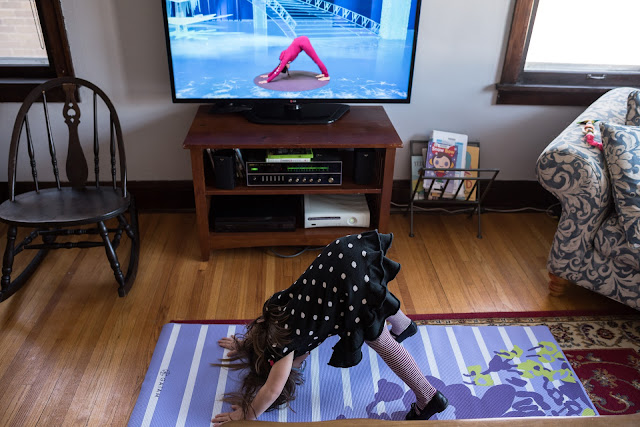 While we waited for the paper to dry Meadow did yoga. 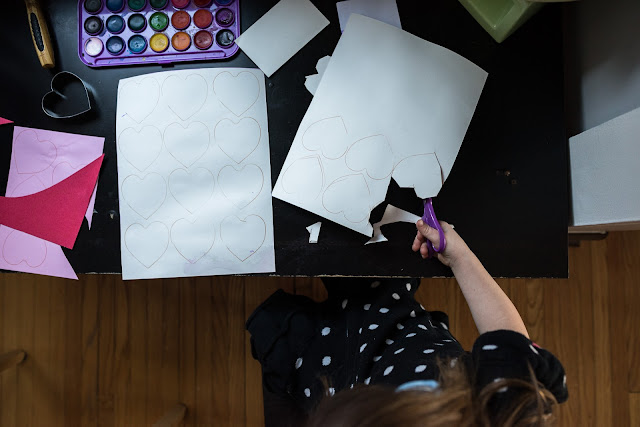 Next we cut out hearts. Meadow has gotten really good at cutting. 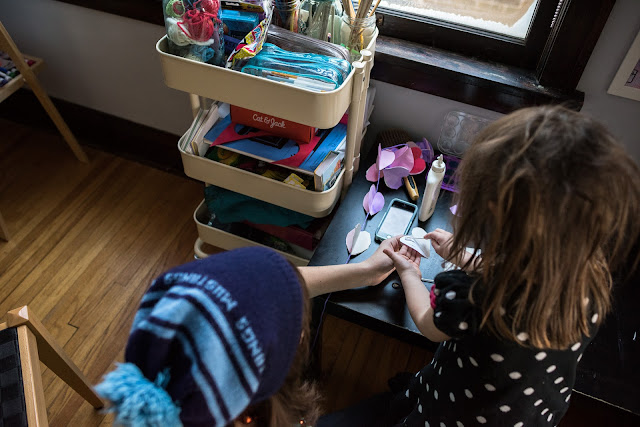 Then we glued the hearts onto string. 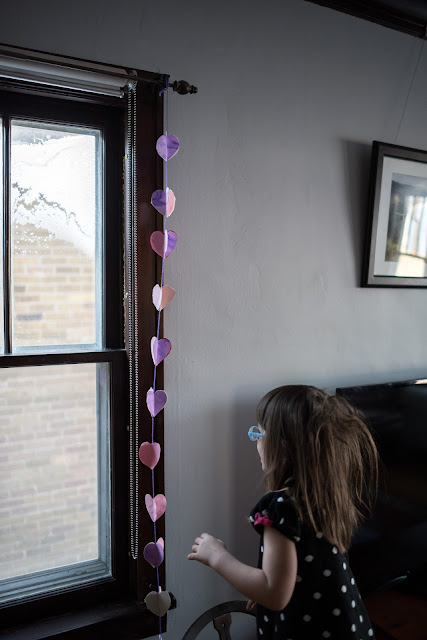 This was way more than I was expecting. I also put up the heart garland Brooke made a few years back. We're all decked out for February. 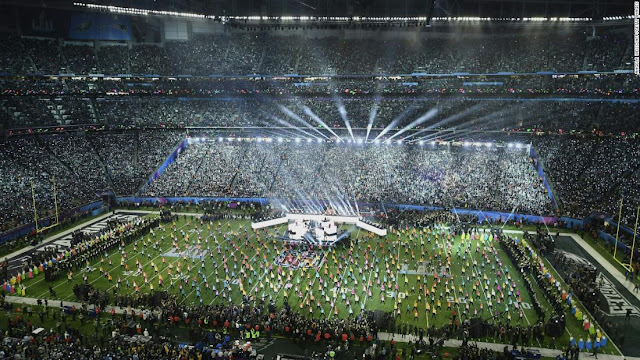 Normally I don't care much for the Super Bowl, but since it was in Minneapolis I actually watched.

The Packers didn't even make the playoffs, but this game ended up being entertaining. You've got to appreciate when the underdog takes down the Goliath. 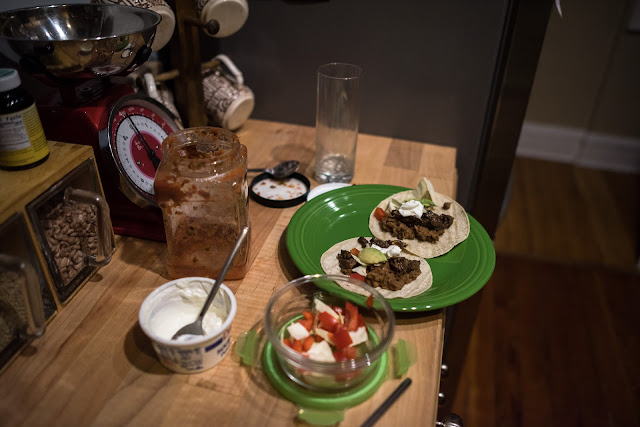 Around the second quarter we had leftover chorizo-beans and chicken mole tacos. Kind of wish we would've saved the pizza for dinner.

Okay, baby you can come out now.