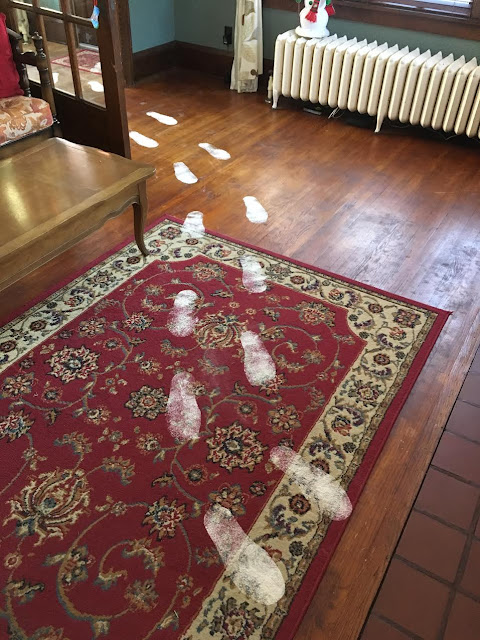 This year Scott had to work on the morning of St. Nick's, so I took the morning off. Luckily I could be with Meadow when she opened her stocking. The night before I made "snow" tracks coming into the house. When Meadow saw them she said, "Hey who left those?" 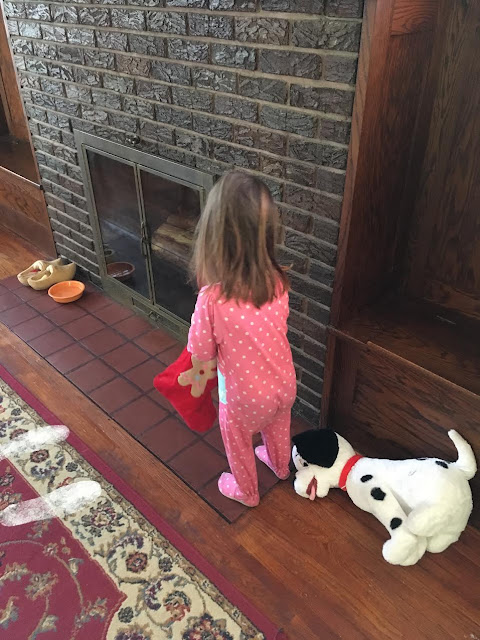 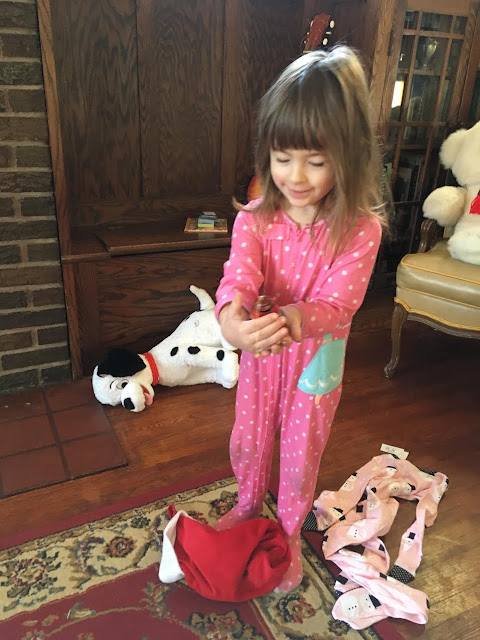 The other day Nolan and Meadow had gotten into her stocking and Nolan put her ornament on the tree. Chelsea didn't think Meadow saw it. When Meadow saw the ornament she said, "Hey how did he know I wanted this ornament?" 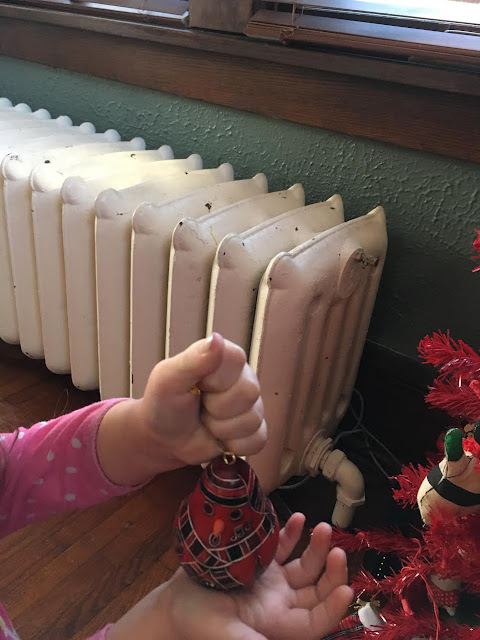 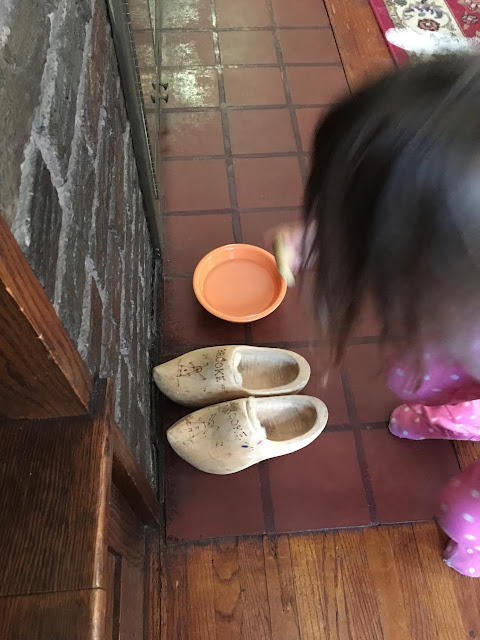 I explained to Meadow the night before that we had to put carrots out for St Nick's horse. We didn't have carrots so we did parsnips instead. Meadow then suggested we give him some cabbage too. Then she realized the horse might be thirsty so we should also put out some water. And she wanted to put out toys for the horse, but I explained they were going to be busy going to other houses and that was very thoughtful of her. 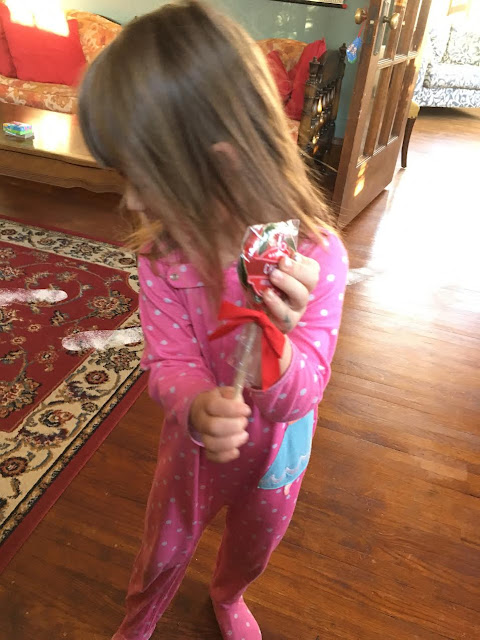 Her main thing that she asked for this year was a lollipop. Sadly when we opened it the lollipop came apart in pieces and broke off the stick. 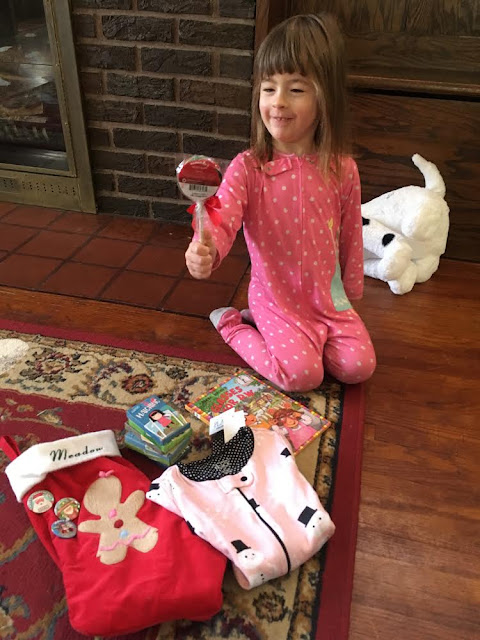 In all, she got a lollipop, snowman pajamas, snowman ornament, Arthur book and playing cards.