Another Weekend of Halloween Fun 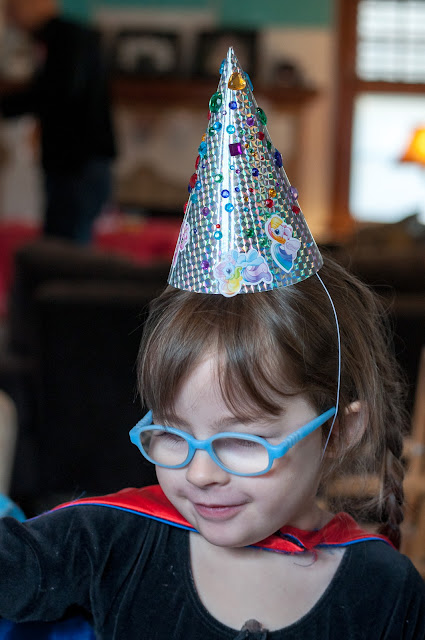 The weekend before Halloween means its Meadow's friend Eleanor's birthday party. This year it was all My Little Pony themed. The kids got to decorate their own unicorn horn. 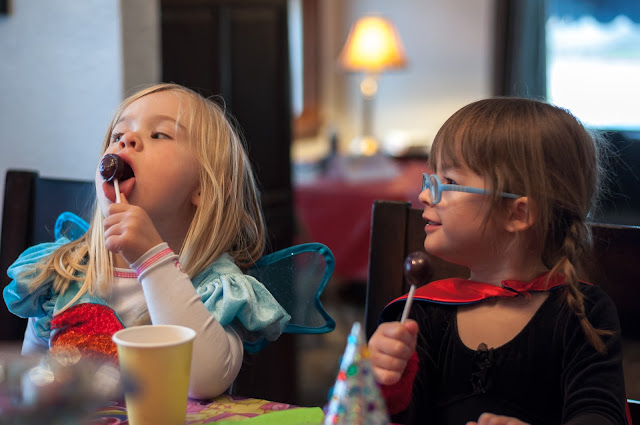 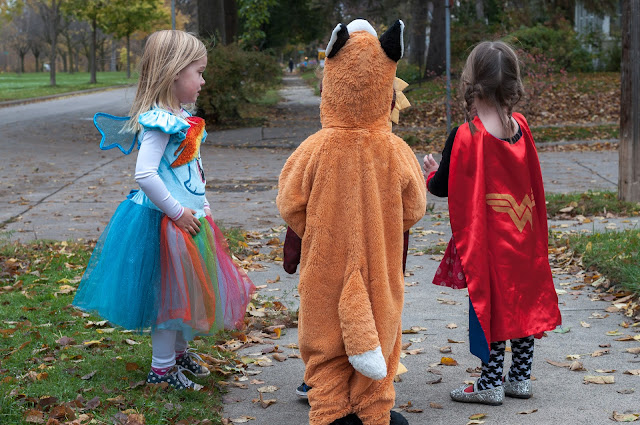 I asked Meadow what she wanted to be for Halloween last August. She wanted to be a fairy again. I eventually convinced her to be a butterfly. Then two days before the party she decided on being Wonder Woman. 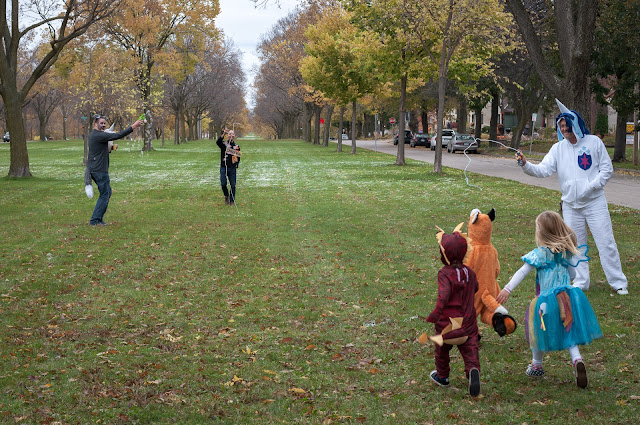 We had a Rainbow Dash (color run) outside for the kiddos. 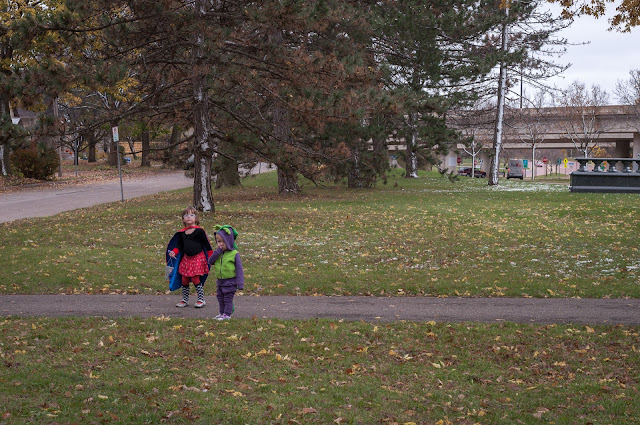 Meadow opted out of the race. 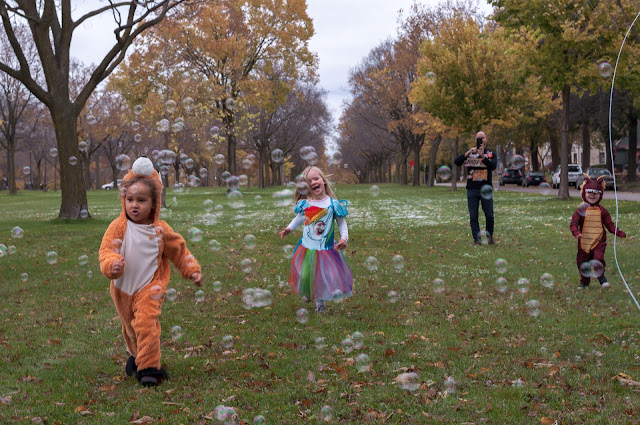 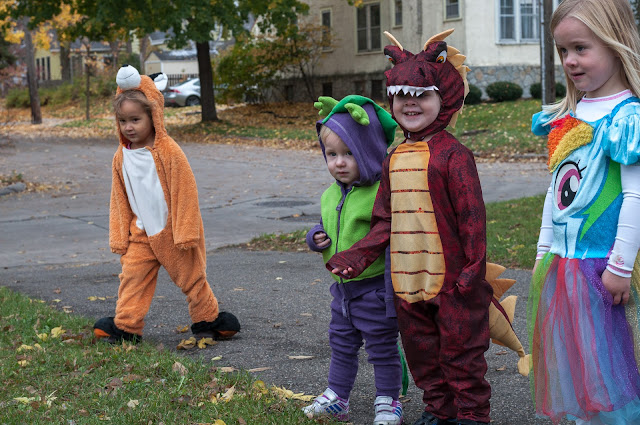 All the other kids had a blast. 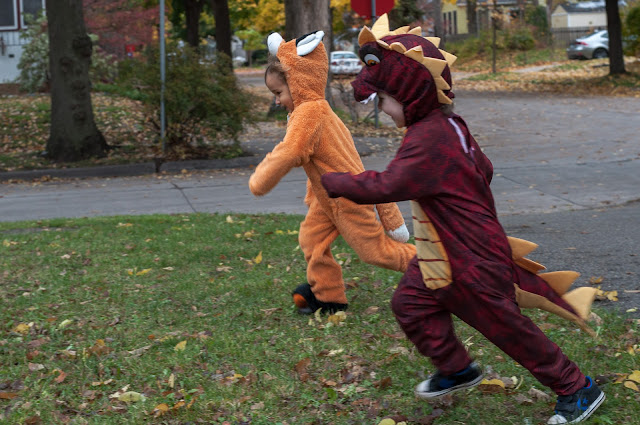 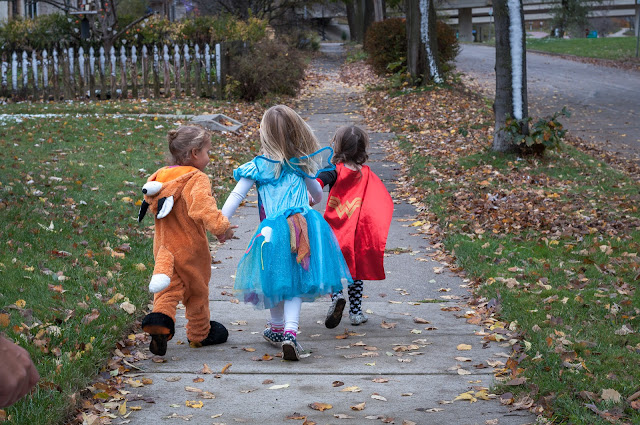 Running while holding hands with friends was more fun for Meadow I guess. 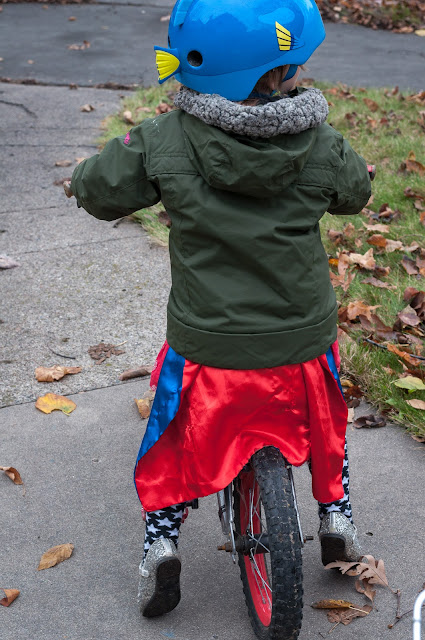 With Scott having to work Meadow and I biked over to their house. I just love biking with her. 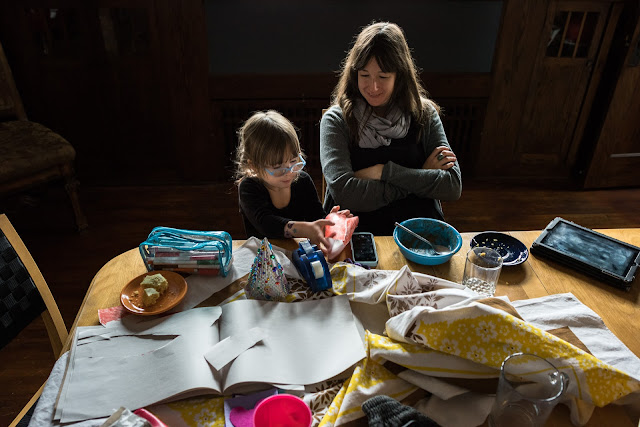 Back at home Meadow wanted to make a party hat out of paper. Since we put away most of her toys to keep the house clean Meadow has become very creative. She's always wanting to create things or draw.

I got home just in time to see her creating the party hats. 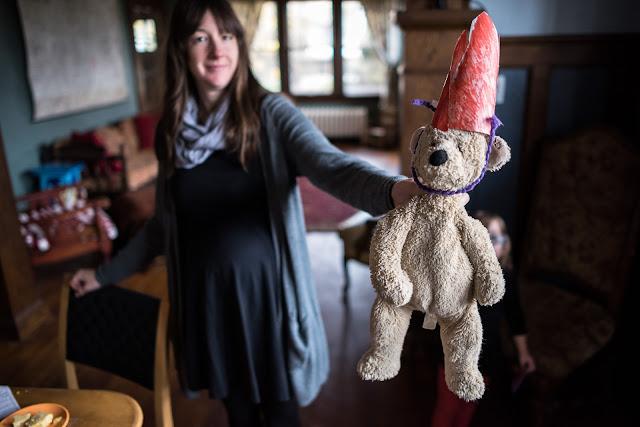 A party hat for Teddy. 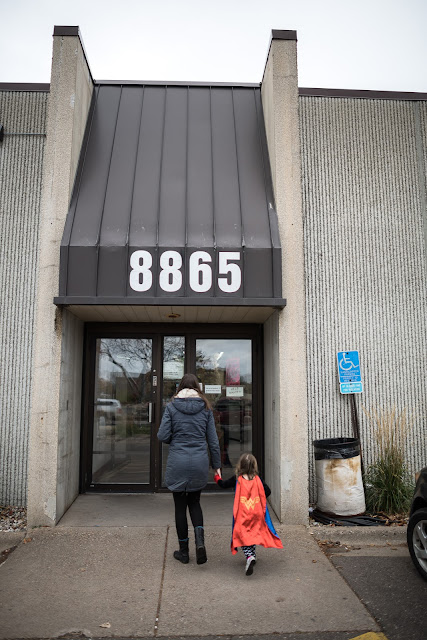 Always around this time year I start wanting to get more into crafting. I decided for a Christmas gift for Meadow I'm going to attempt to make her a dress. We headed to my favorite fabric store, SR Harris. 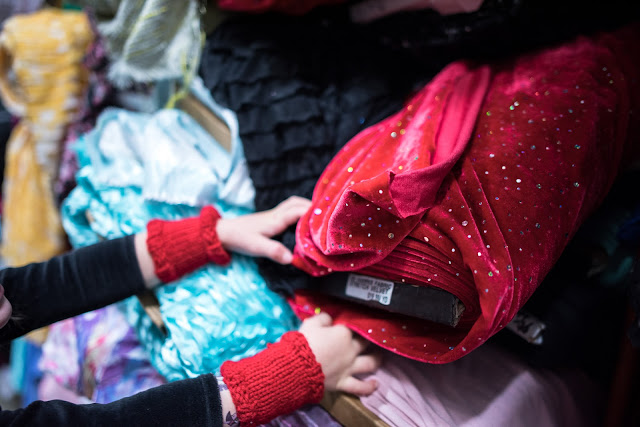 Without telling Meadow what it was for, I asked her to pick out some fabric. She kept going across the aisle to the sparkly fabric. 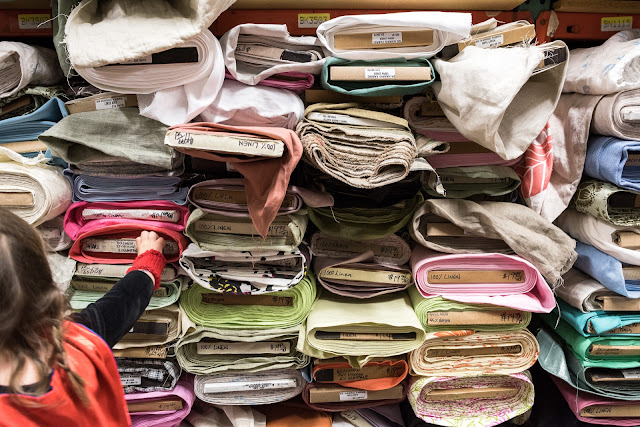 For some reason going to SR Harris is fun. It's such a colorful mishmash of fabrics and people from every walk of life. 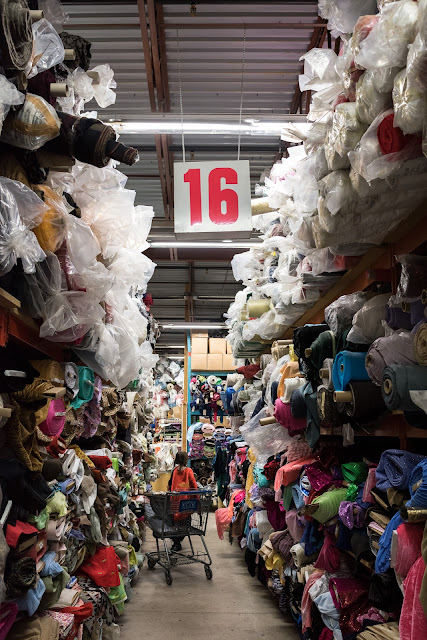 It's also a bit overwhelming when trying to decide on a color or pattern. 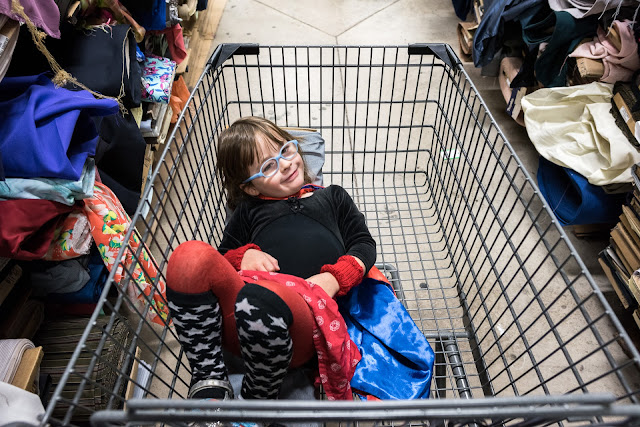 We finally settled on a blue linen fabric. 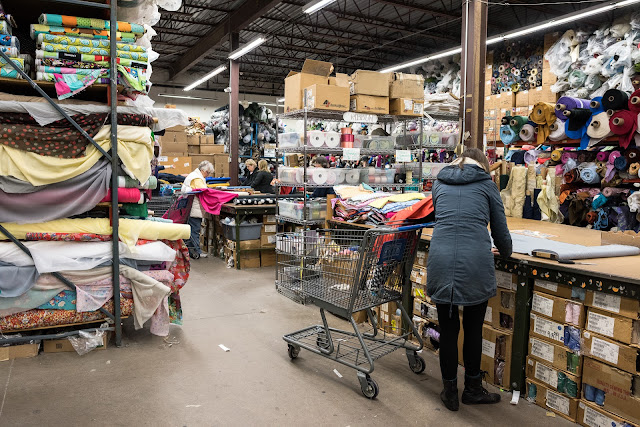 A yard of fabric, some elastic and buttons this dress only cost me $4.00.
As long as I don't screw it up of course. 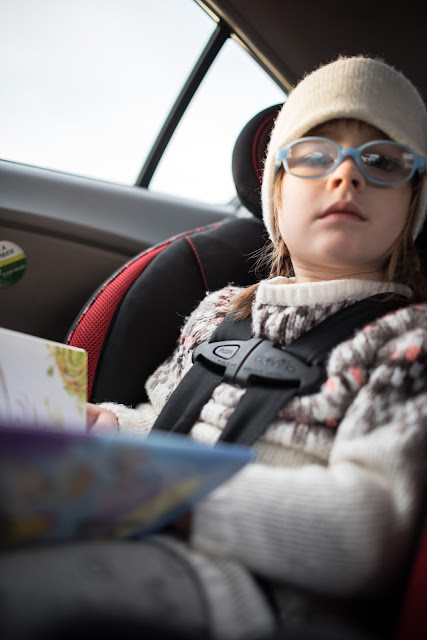 Afterwards we headed to the Brooklyn Park Library a few blocks away.

We needed to kill some time before our next adventure. 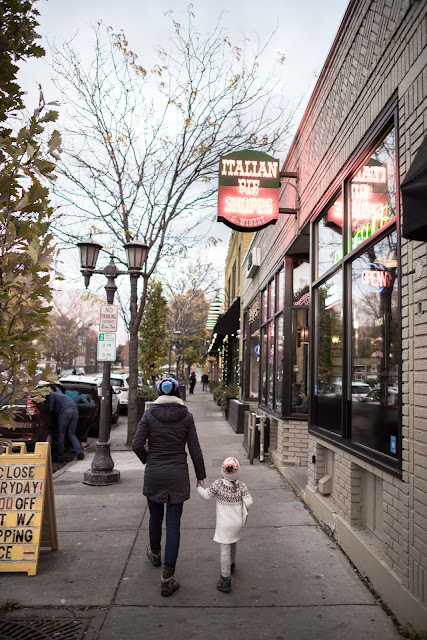 We were going to BareBones once again to see their spooky puppet theater. First we needed to get dinner. Meadow wanted falafel, so we ended up at Shish on Grand Avenue. 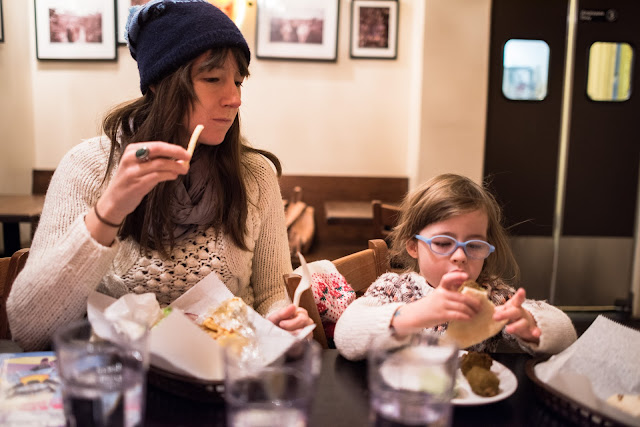 Meadow did say she wanted falafel.

But she mostly ate her pita bread. She's not been too into eating dinners recently. 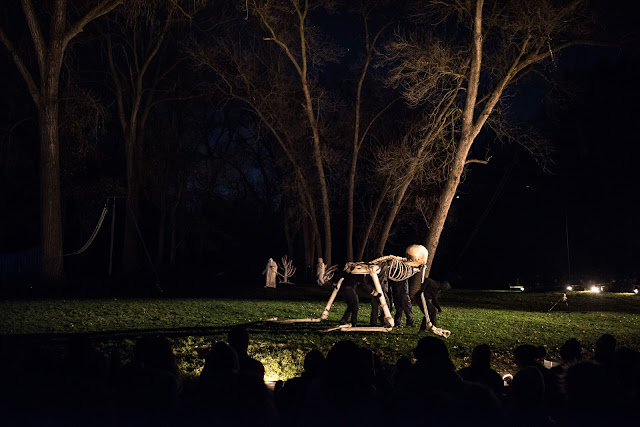 I had hoped to get to BareBones early enough to grab seats, but we missed out again and had to stand in the back. Little did we know we would see this skeleton again soon. 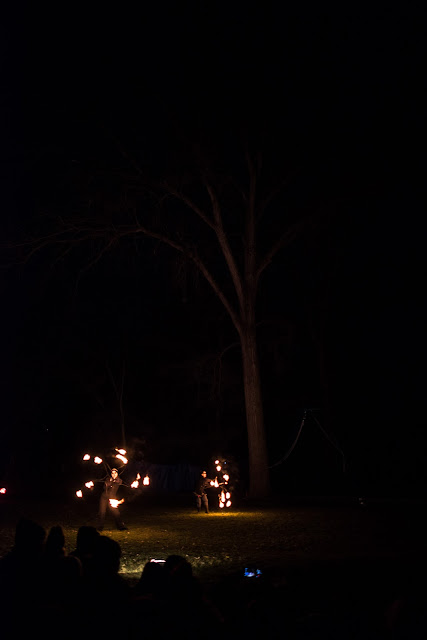 Brooke and I took turns holding Meadow. Eventually they got a seat near the end of the show. 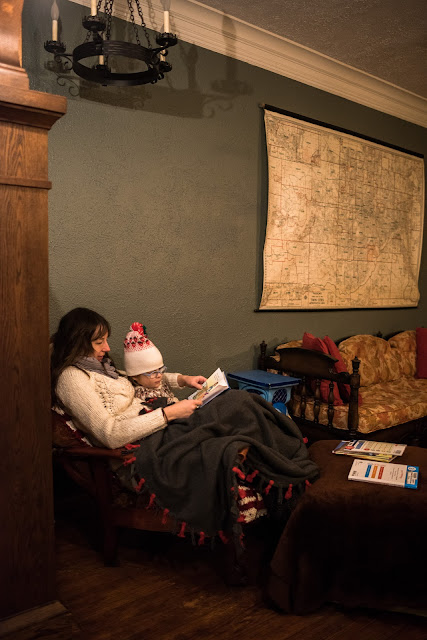 Once we got home Meadow and I cozied up to her new books before bed.
Labels: barebones birthday party crafts library shannyn and brent St. Paul