Blake Goes to Mayowood (and MOA) 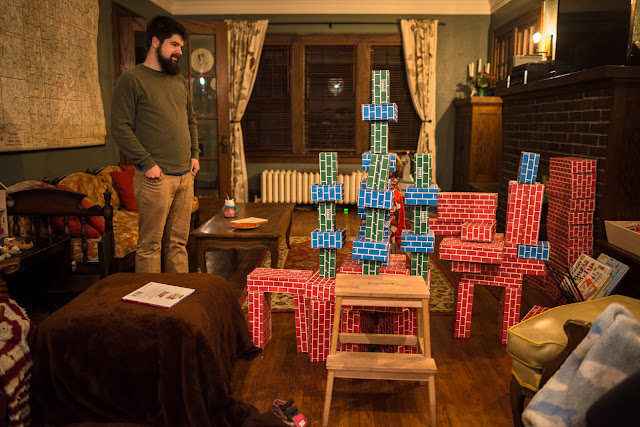 I finally talked Blake into coming down to visit us. Really he just wanted to take advantage of my Minnesota Historical Society Membership. Only most sites don't open until after Memorial Day. 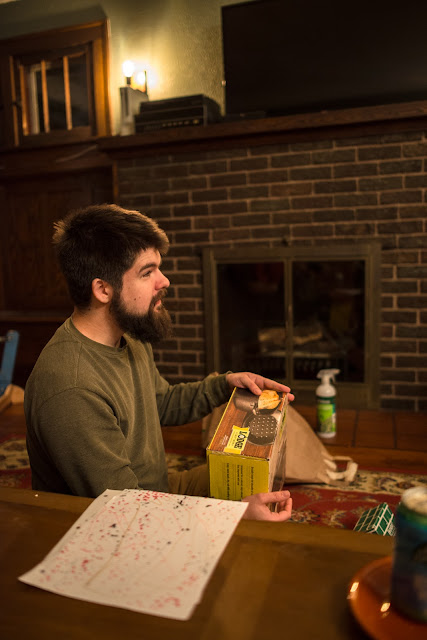 Along our trip to Appalachian country we picked up a cast iron stock pot for Blake for his birthday. 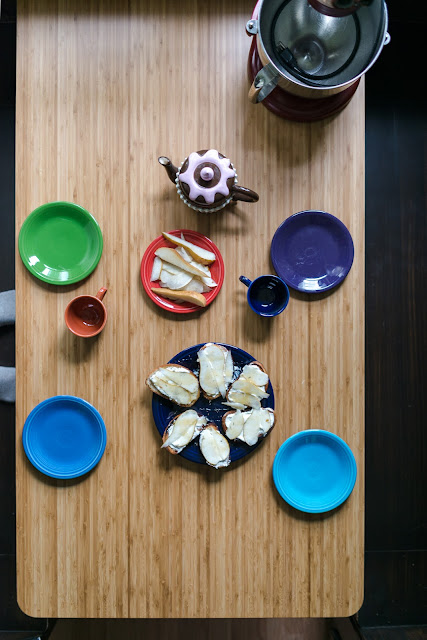 For breakfast I made ricotta pear toast. 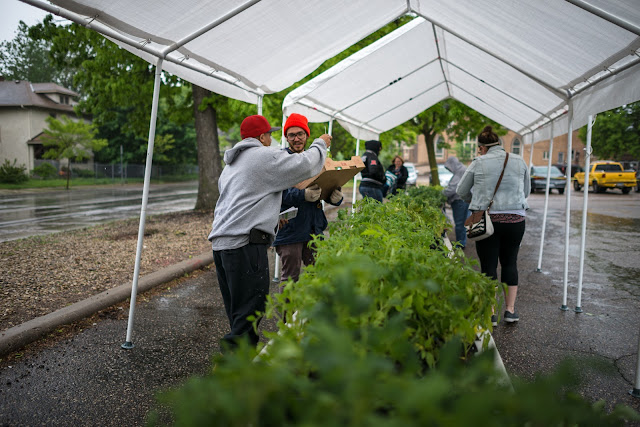 Before we could head to Rochester we needed to get to a seedling sale in the neighborhood. 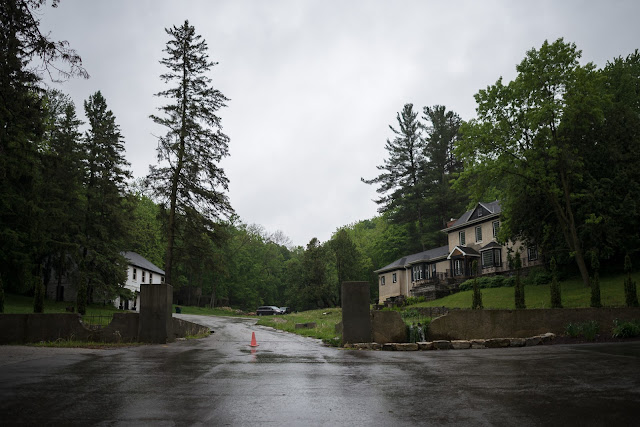 I gave Blake a few options on where we could go this weekend. While the Mayowood Mansion wasn't part of my membership it won out on places we wanted to go.

When we got here, we were confused as to where we should go. Was the mansion closed?

We almost went into a private residence. It wasn't very clear where to go. 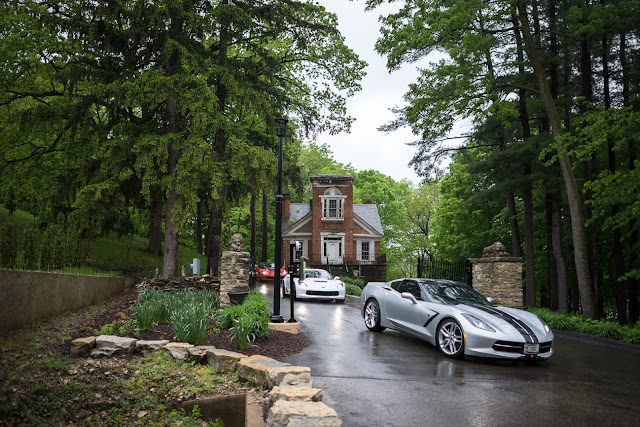 Perhaps we should just go where the row of luxury automobiles are. 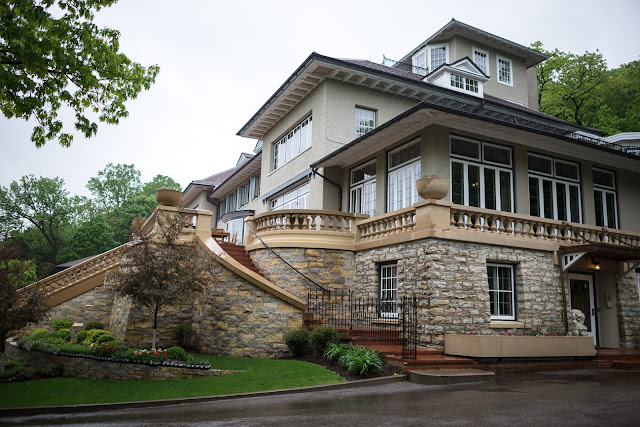 On our tour I embarrassed Brooke and Blake by asking questions and pointing out that some chandeliers were totally out place. Maybe I shouldn't go on mansion tours with these two.

Yea. Scott was that guy on the tour. 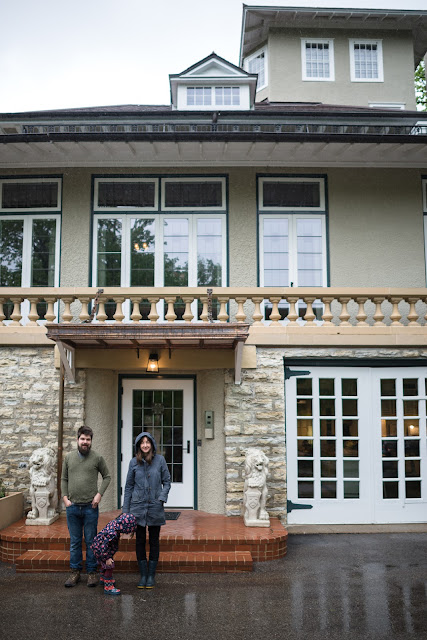 On the other hand, they are not embarrassed by taking a photo in front of some dead rich persons house.

No photos were allowed inside so outside would have to do. We always get a photo by the front door. 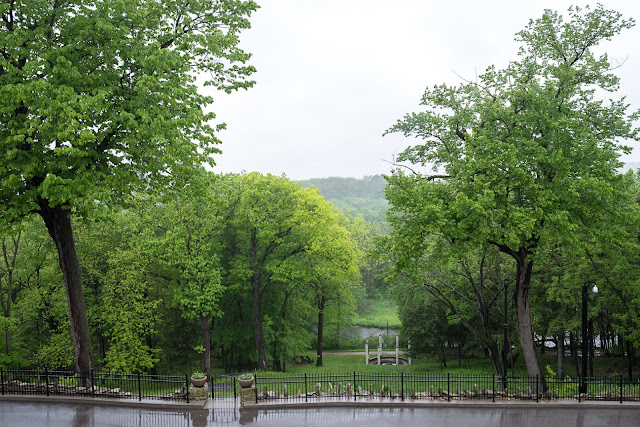 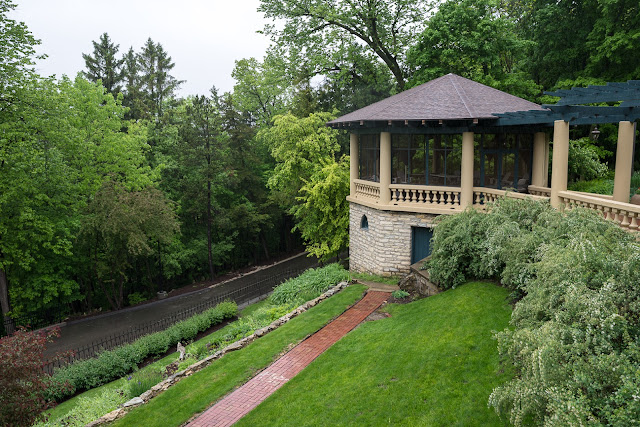 The grounds were pretty palatial. 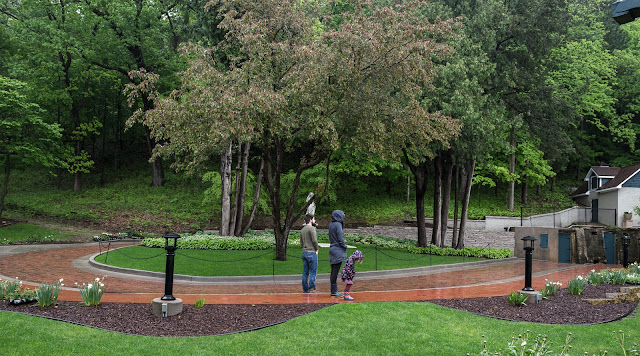 Too bad it was so rainy. 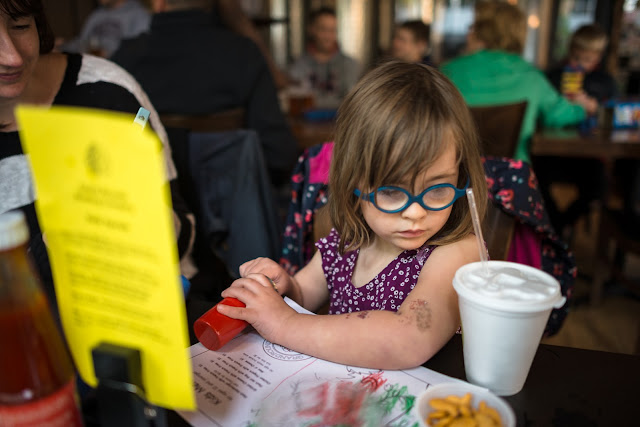 We decided to eat lunch somewhere that wasn't some chain in suburban sprawl Rochester and settled on the Grand Rounds Brew Pub. A bar crawl was going on, which meant we had to wait for a while, but it ended up being worth it. 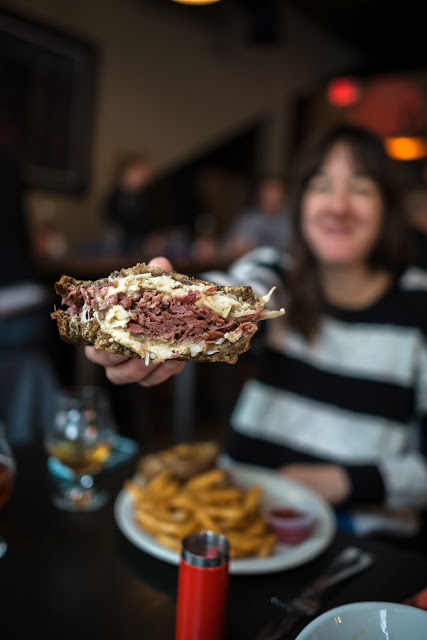 I went with a Ruben, yum. 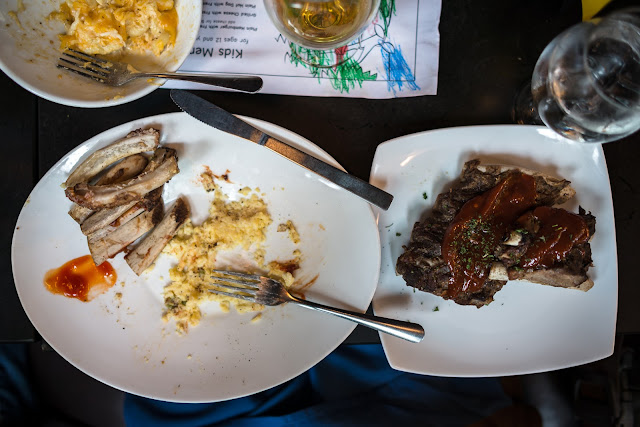 The waitress thought my ribs were too small. So, she made me up another order. Nice!

She didn't eat anything. 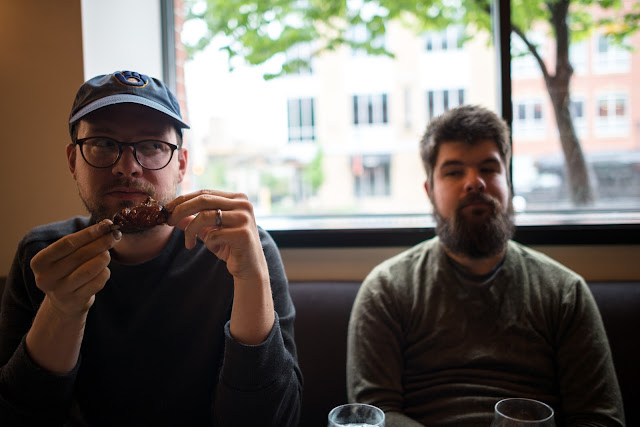 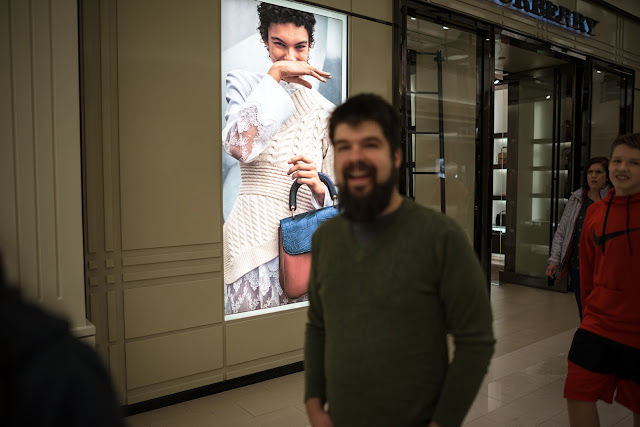 Meadow noticed we were near the "American Mall" and we asked Blake if he wanted to check out Nickelodeon Universe. He was super excited. 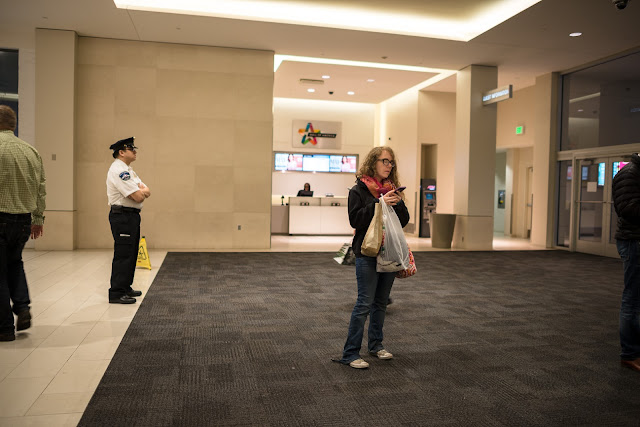 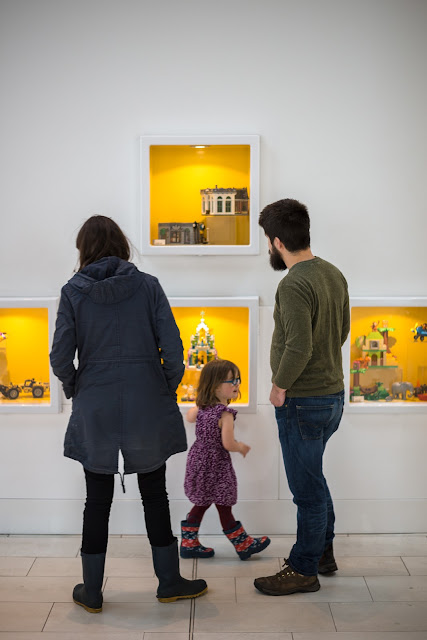 We had to see Lego Land first. 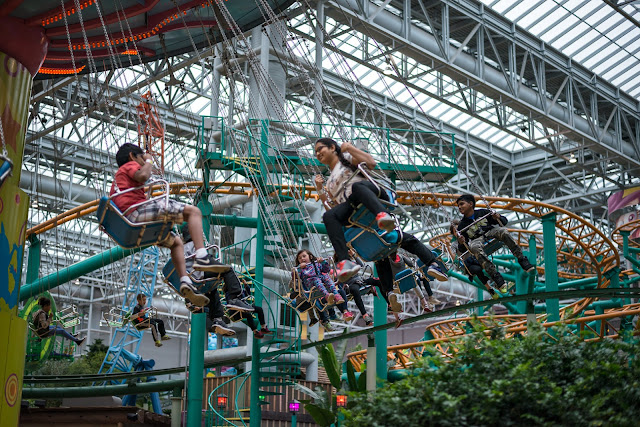 Meadow's awfully picky about what rides she'll go on. This swing is not one of them. 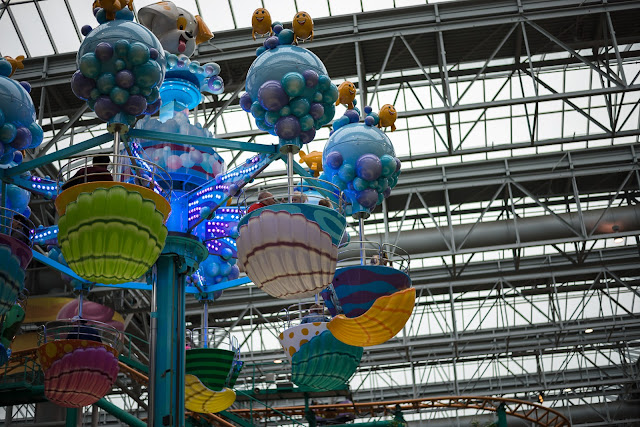 The Bubble Guppie ride is the best deal for the money. 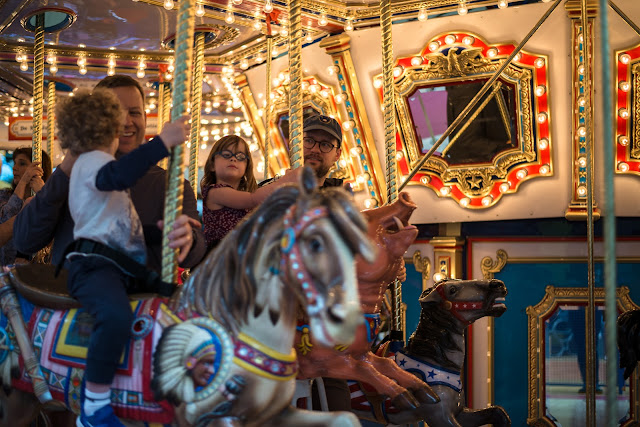 I tried riding next to Meadow, but some ride operator told me the unnecessary seat belts have to be worn. I was not going to fit it. Nope, not ever. 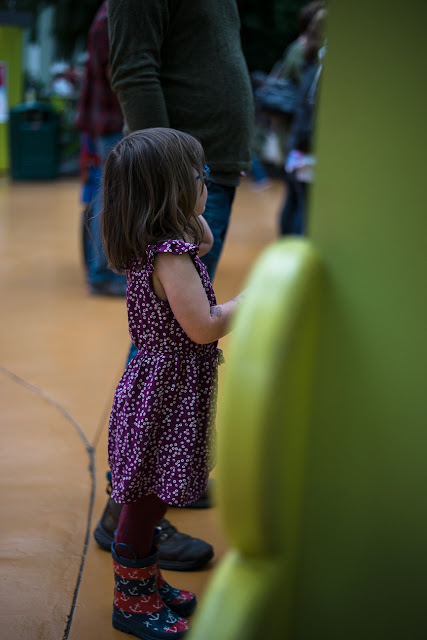 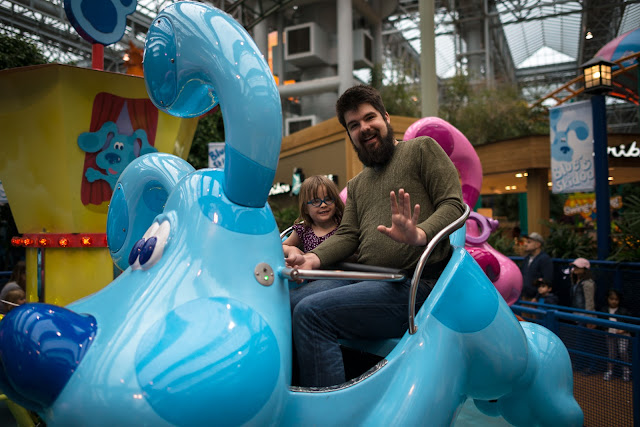 Even Blake got to enjoy a ride. 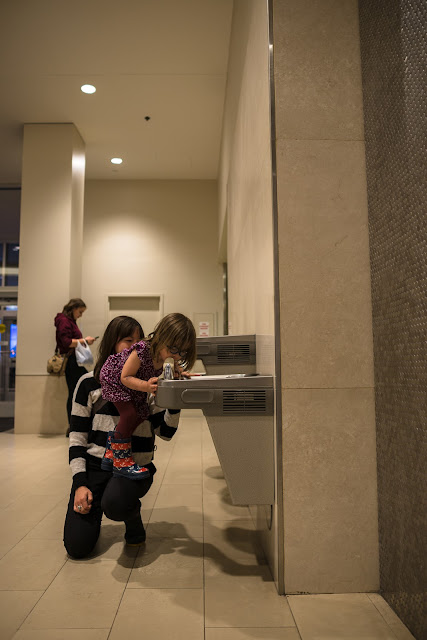 Whenever Meadow wants a drink from the bubbler and can't reach, this is how I help her. Apparently Scott didn't know we did this. 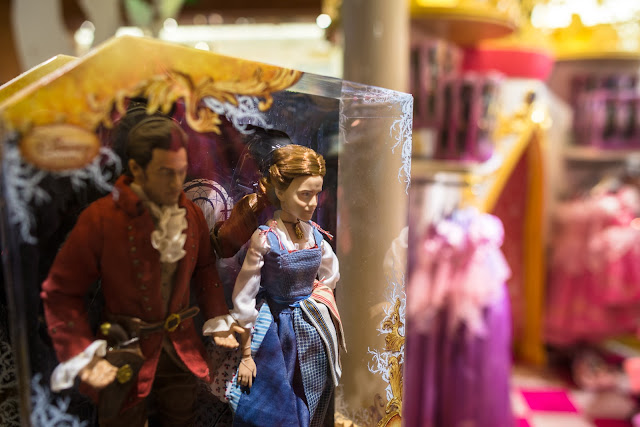 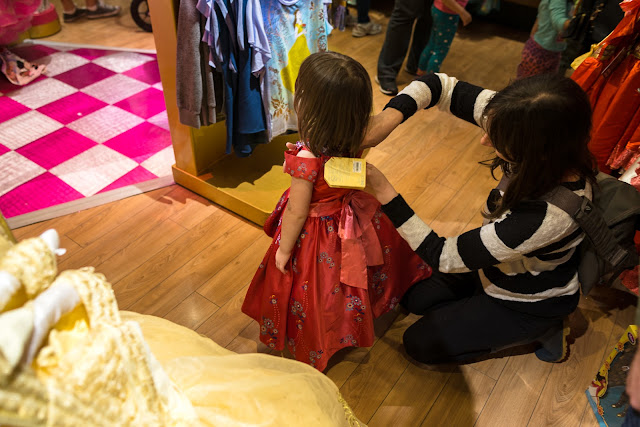 She wanted to try on all the overpriced dresses. 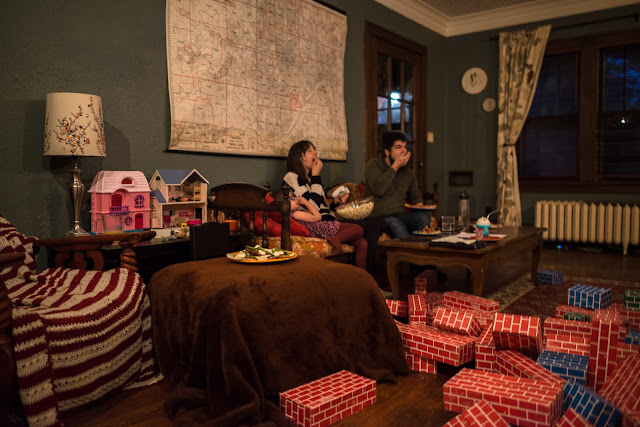 We then went home and watched some animated movie.