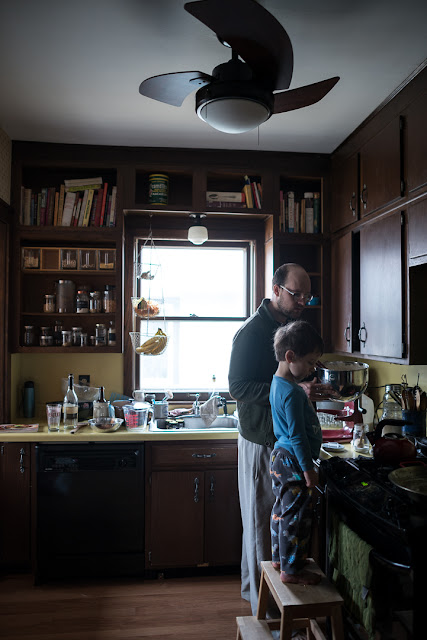 With the Fiala's still here, June has been a handy helper. 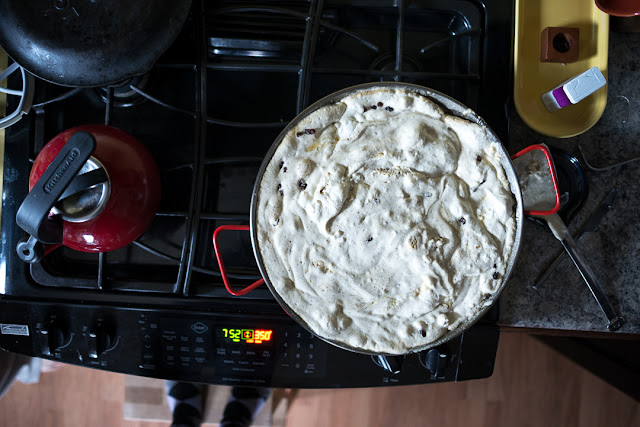 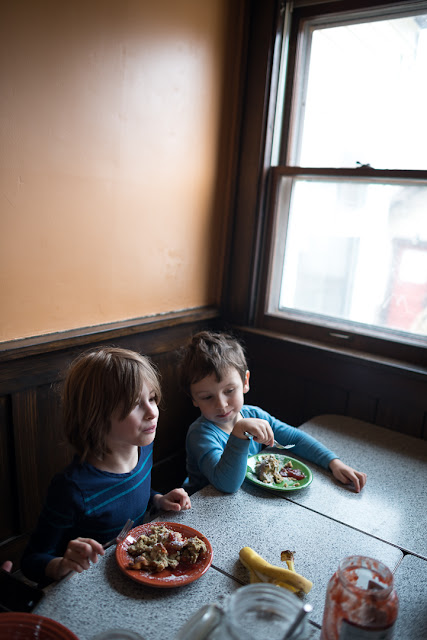 Olive had been asking Scott to make emperors trifle all week. 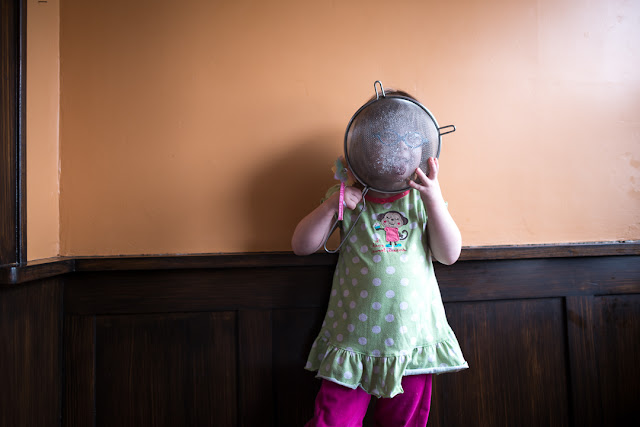 When we were all done Meadow decided it was a good idea to lick the remaining powdered sugar. 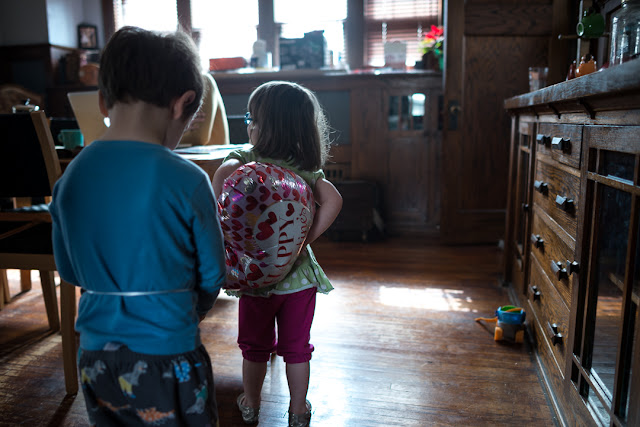 Meadow has been loving having friends to play with all the time. June and her thought it would be fun to tie a balloon together between them. 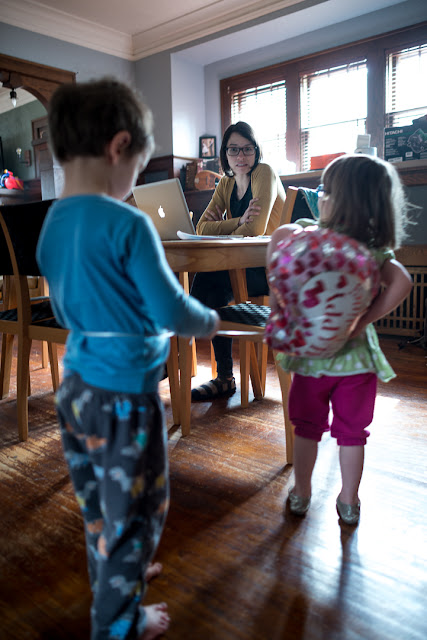 Emma wasn't so sure. 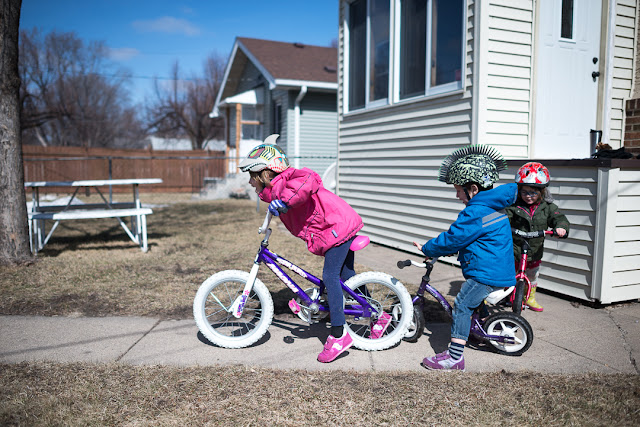 The weather was supposed to be warmer and I figured the kids could use some fresh air. I took them outside while I worked on fixing Meadow's bike seat.

Tyler and I drove to Rogers so he could test drive a giant SUV to pull their future trailer. 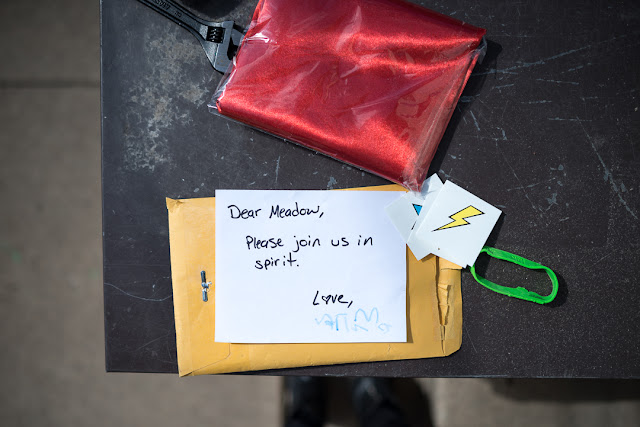 This weekend was Marina's birthday party. Since we couldn't make it, Brittany sent us Meadow's party favors. She got a Wonder Woman cape, mask, a bracelet, tattoos and a balloon.  Thanks Brittany. 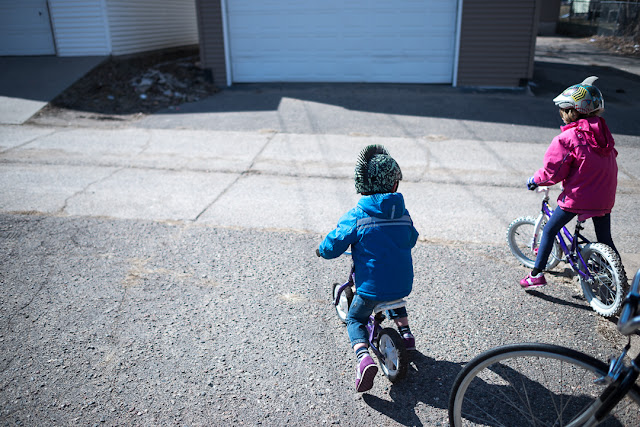 When my bike was ready the mama's and kids went on a little bike ride. 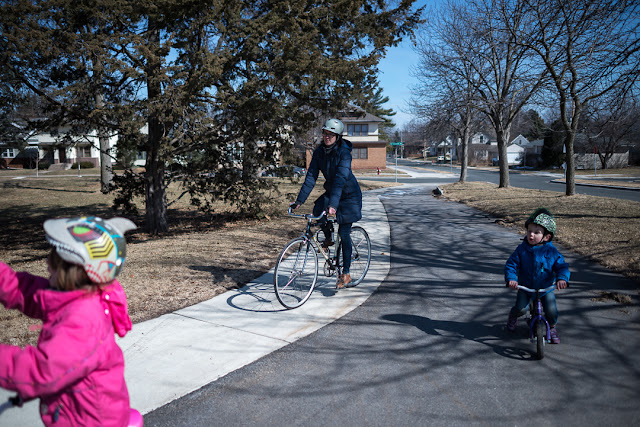 Meadow isn't as ambitious as June. She rode with me instead. 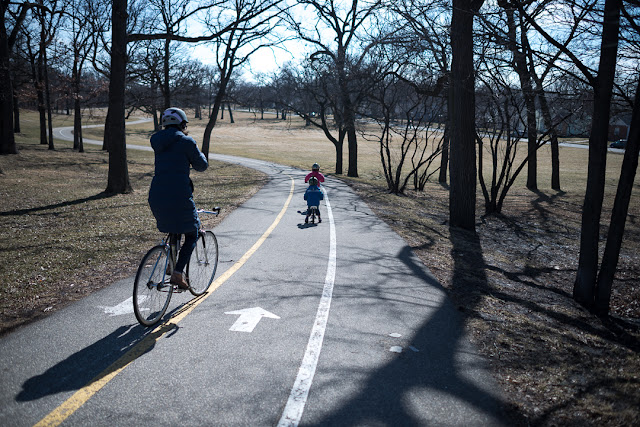 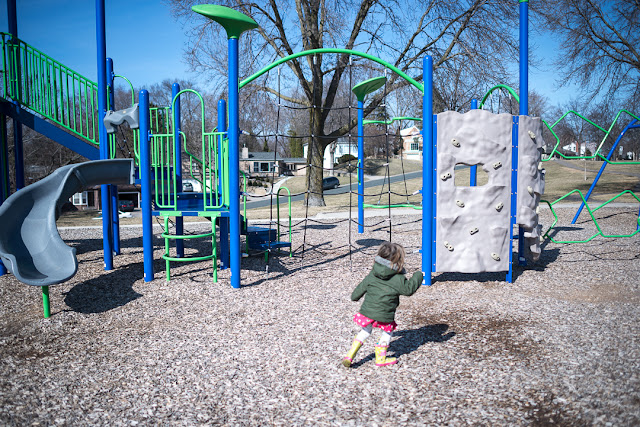 The kids didn't want to go home yet so we headed to the playground. 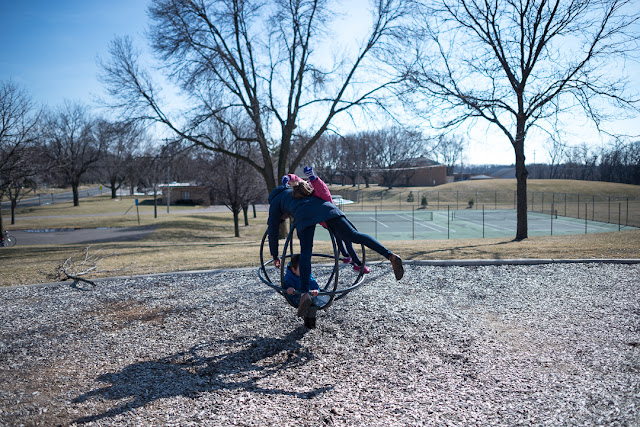 We all had fun at the playground. 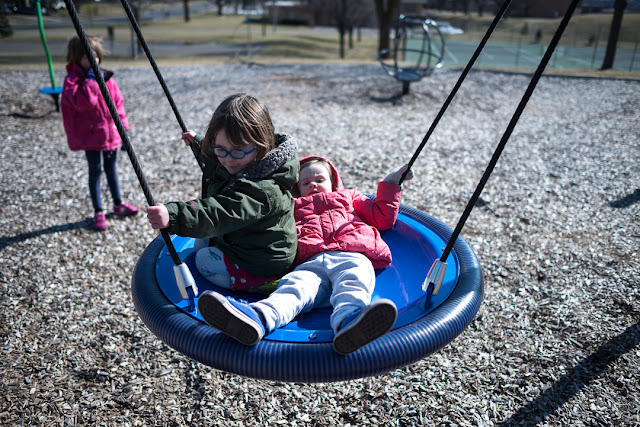 A little bit after we arrived Meadow's friend Eleanor showed up! 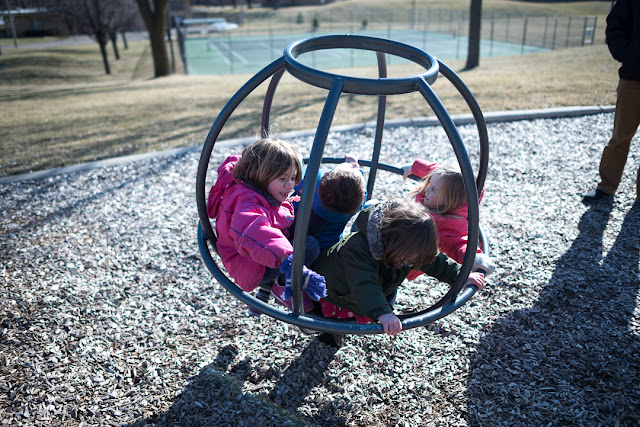 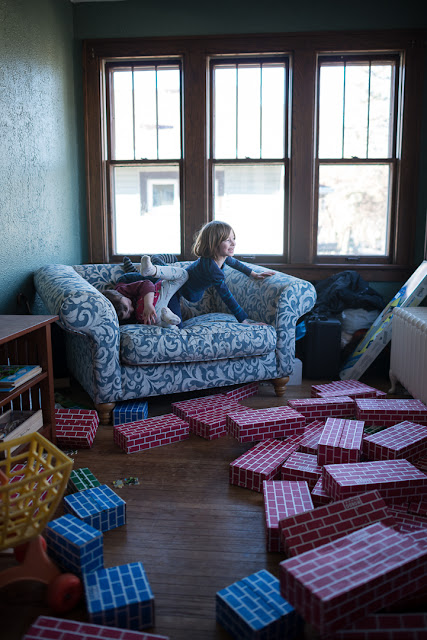 The kids have pretty much taken over the house. 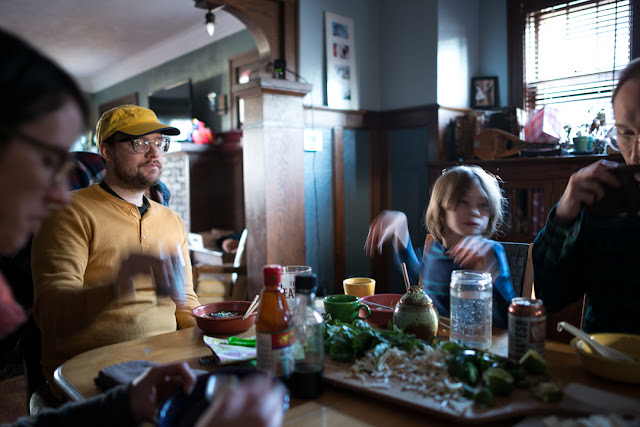 We made a deal that each family would trade off making dinner and doing dishes. Tonight was our night. Pho. 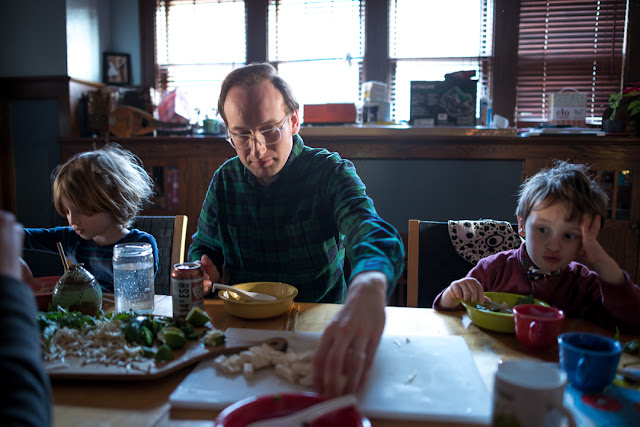 I still can't figure out how to get my stock to be as good as Pho Tau Bay. 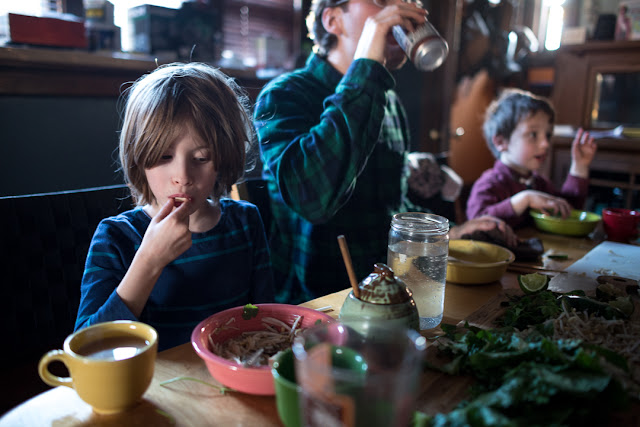 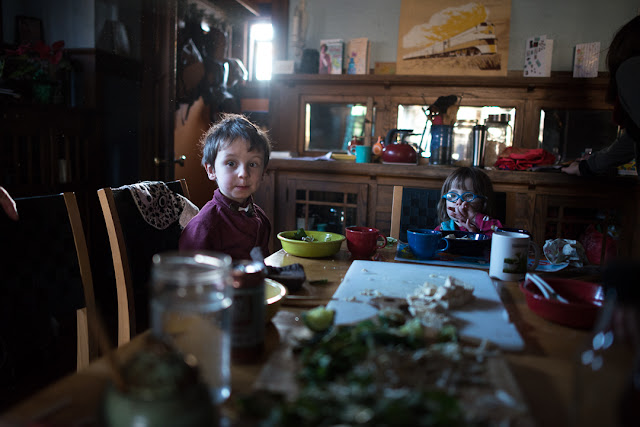 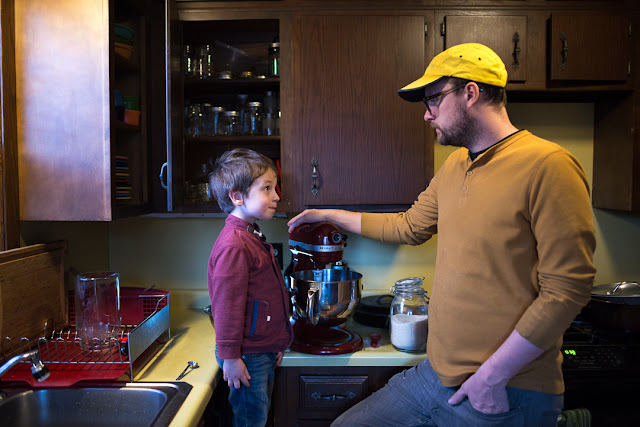 June once again helped me when I made some Bailey's Irish Cream Chocolate Cookies. 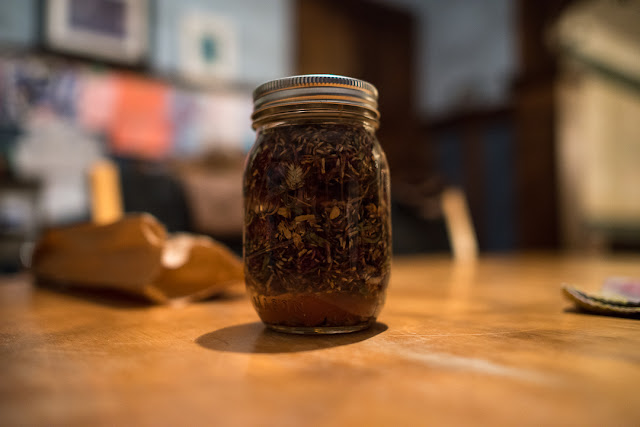 Meanwhile, I started a cough tincture. 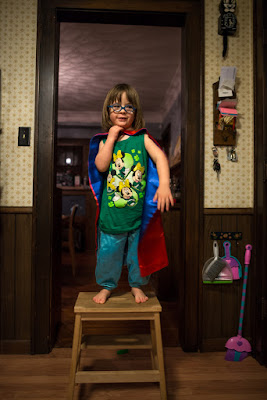 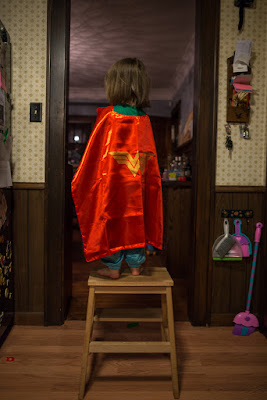 After the other kids went to bed, Meadow was finally brave enough to try on her cape. 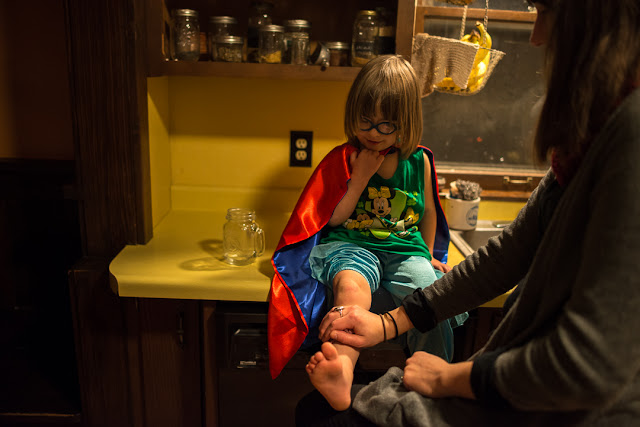 She also wanted a tattoo. She always wants it in the same place. I told her she could put it anywhere and she chose her leg. 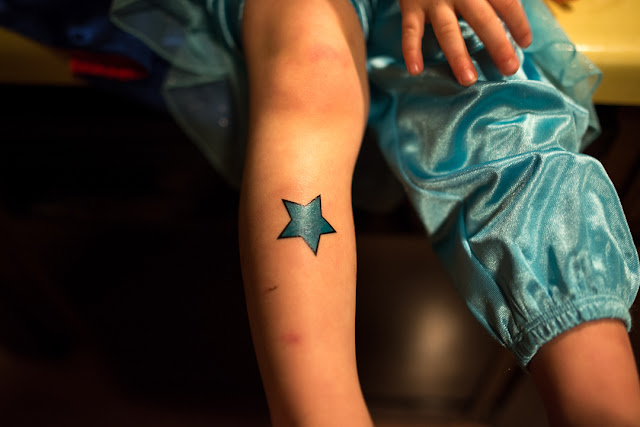 Her legs are still super bruised from roller skating and probably from all the playing recently. 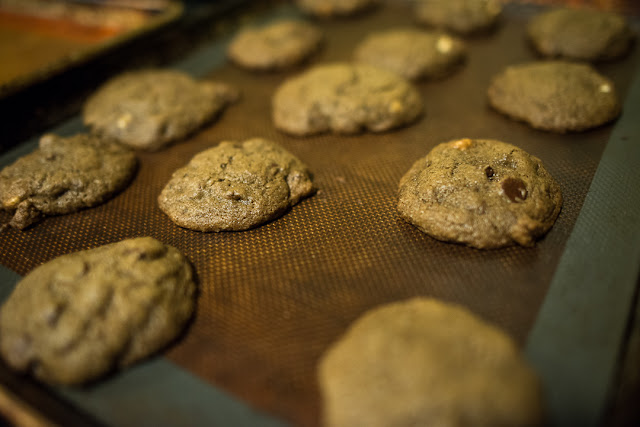 The kids were really excited for some cookies, but they'd have to wait until morning.