Tandem Vintage Pop-up and St. Nick Does it Again

By Scottie and Brooke Tuska December 06, 2015
We decided to skip the Advent Activity Calendar this year. I've noticed from previous years that it got too stressful having to do one Christmas activity a day. Although now I am finding we are doing it anyway. 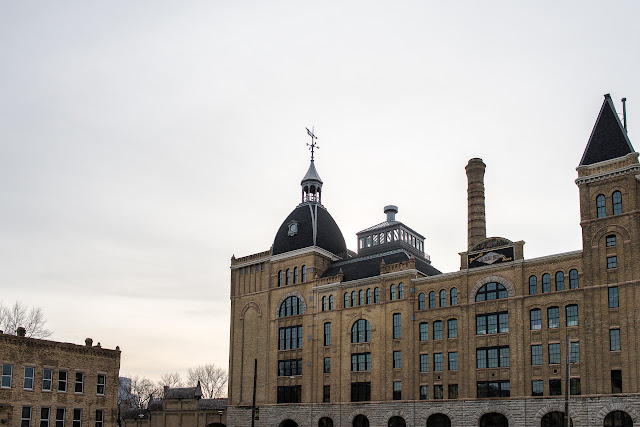 Brooke had to work, but I wanted to get Meadow and I out of the house. It's been unseasonably warm, so we took the bike to the Holiday Craft Hop just over the river in the old Grain Belt brewery.

I'm so jealous, I really wanted to go. 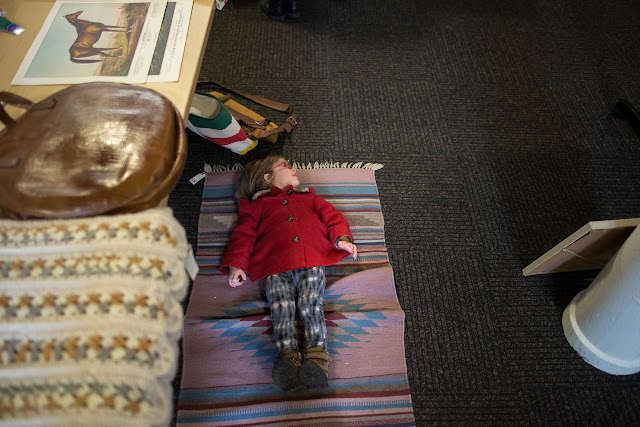 We walked around all the fancy craft booths before I figured out where the Tandem Vintage pop-up was setup. I was hoping to find Brooke a present, but also wanted to say hi to Amanda and Cayla.

Amanda was so excited to see little Meadow. Meadow was excited to lay down on one of her vintage rugs. While Meadow played with Amanda I picked out a very cool gift for Brooke. 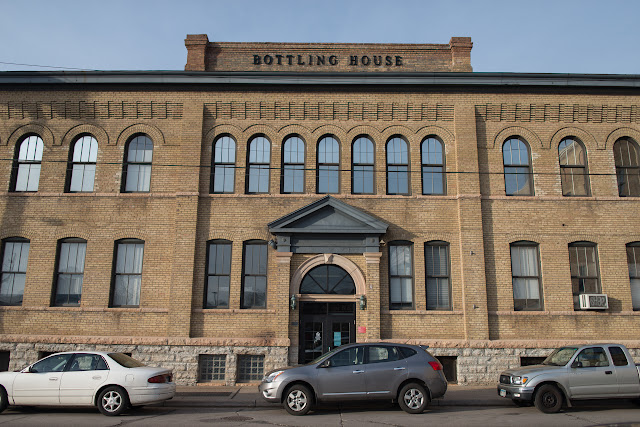 Before heading home we walked to the Bottling House. There was a tea tasting happening and I thought I might pick something up for Brooke. There were too many options and I left as soon as I had entered.

I can't believe I missed a tea tasting. 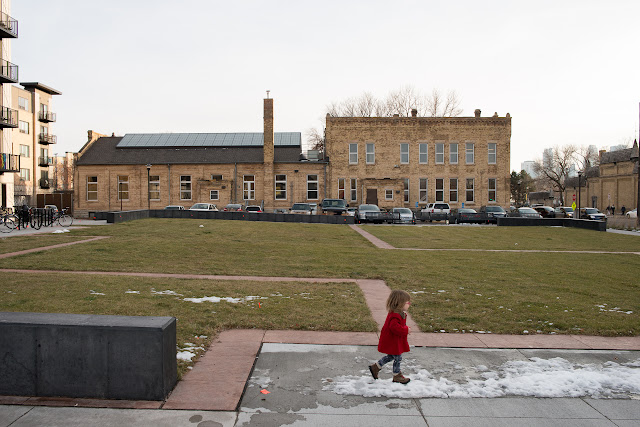 Before heading home Meadow wanted to play in the last remnants of the Thanksgiving weekend snow. 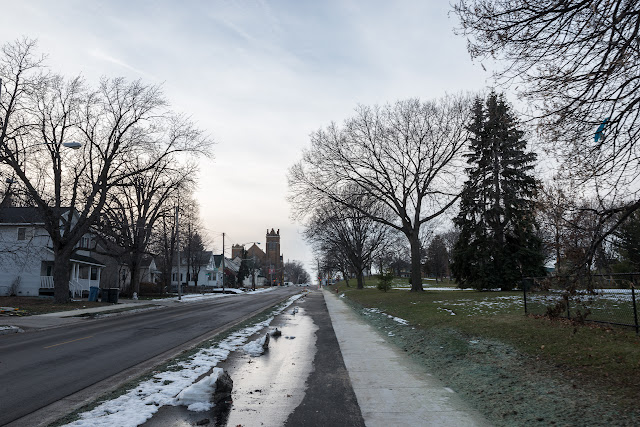 Meadow fell asleep on the way home while I trudged up the completed section of the new 26th Avenue North greenway. One more summer and it will be useable! 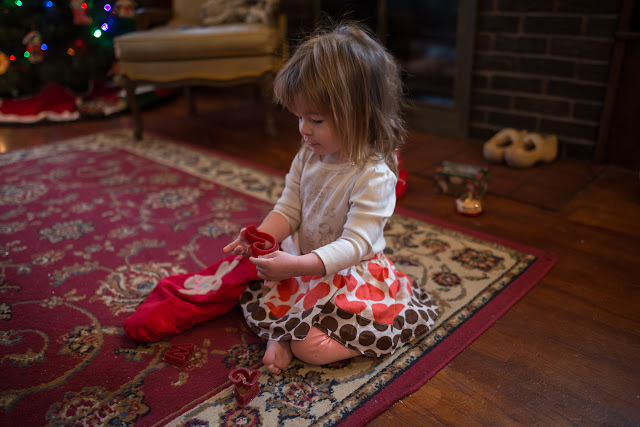 The next day St. Nick came! 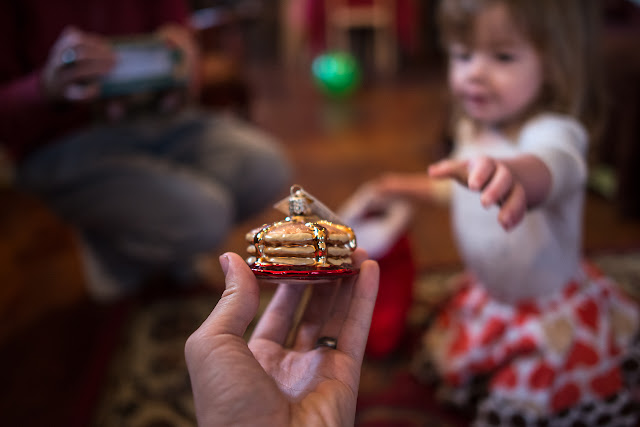 Meadow loves pancakes, so we thought she'd dig this ornament. 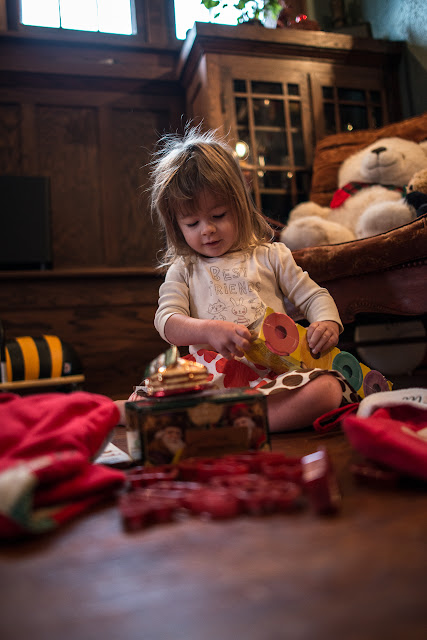 She also got Play-Doh, which she's been asking for for a long time, along with some cookie cutters for it and a Christmas book. 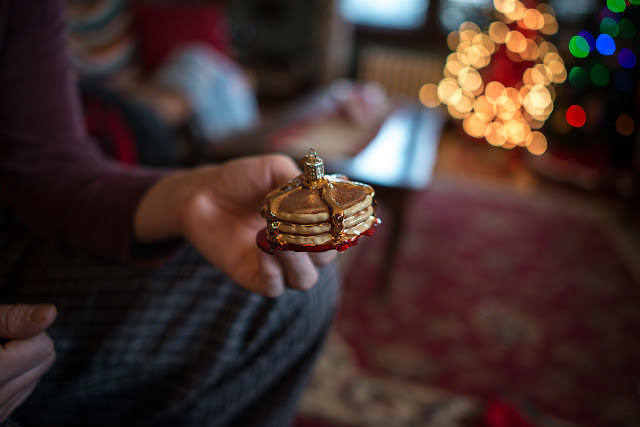 While we were playing with the the Play-Doh she ran over to her ornament that we'd left on the ground. She picked it up, I said something like, "Be careful," and she dropped it. Luckily only the plate broke.

I was more heartbroken than the other two. I don't think our family can handle glass ornaments. My mom had gotten Scott a glass ornament shaped like a camera once and I dropped it 5 minutes after he opened it. Seeing as it was St Nick I thought we could have something Dutch for breakfast: pannekoeken! 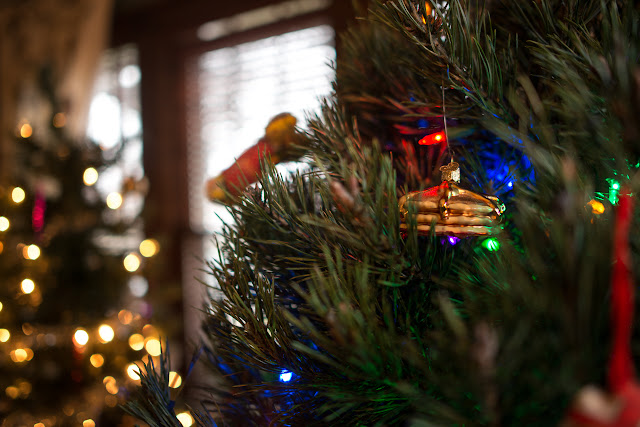 Despite cracking it didn't look to bad once in the tree.

After I heard it break I imagined it had broken into a million pieces. Luckily Meadow isn't that tall so it didn't have far to land. 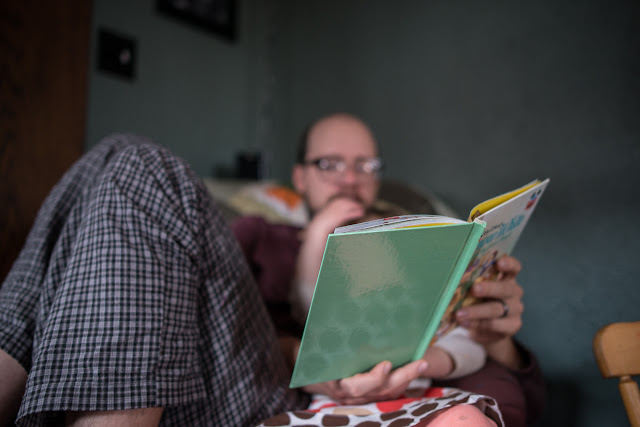 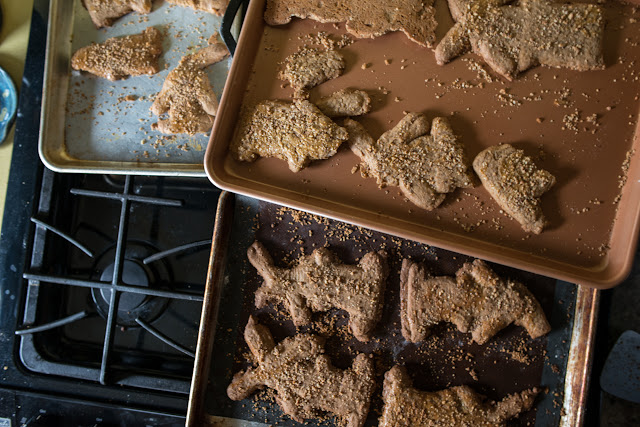 We were supposed to make them the day before, but oh well. 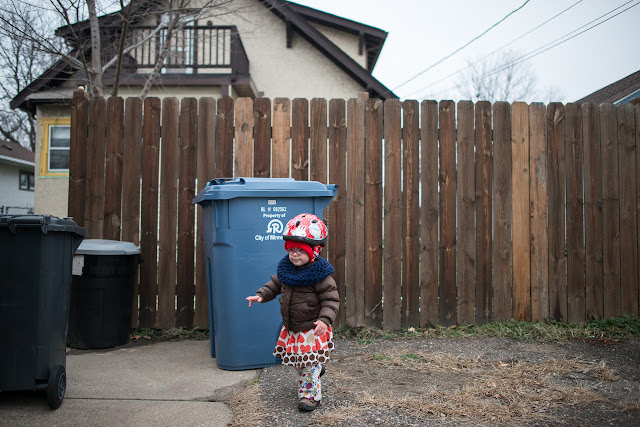 I've picked up extra days at work, which mean we have to schedule play dates for weekends. Since we didn't have far to go we decided to take our bikes. I think this may be the first time I've taken my bike out in December. 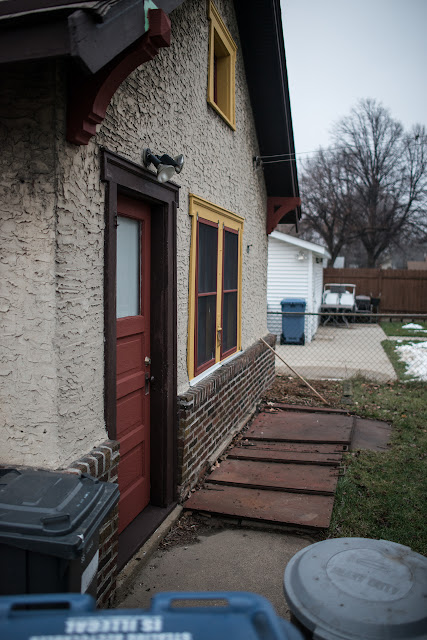 We're finally nearly done getting all of the house painted. Well, at least the first coat. What do you think of our gingerbread look?

It's  great. Brooke's the one that insisted on the red. I wanted the yellow. This was the compromise. 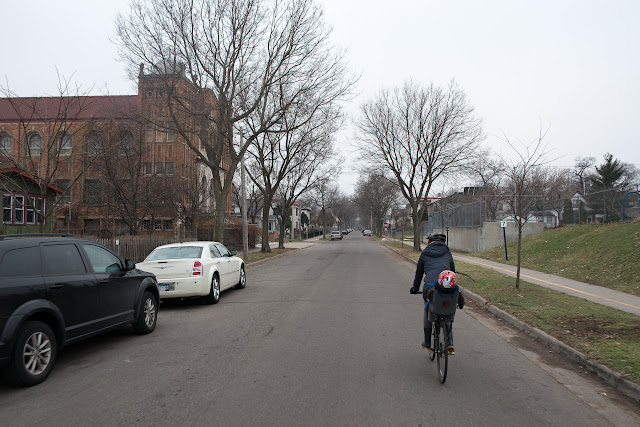 Bike rides in December. I guess global warming won't be completely horrible, but I still want some damn snow. 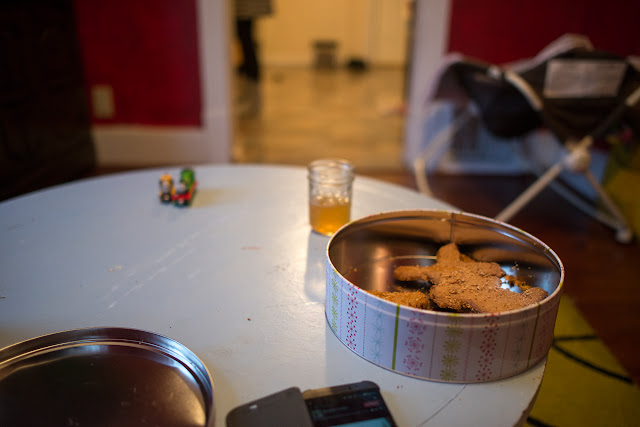 We got together at Anna and Aarons house who just happened to have some growlers that they needed to finish. 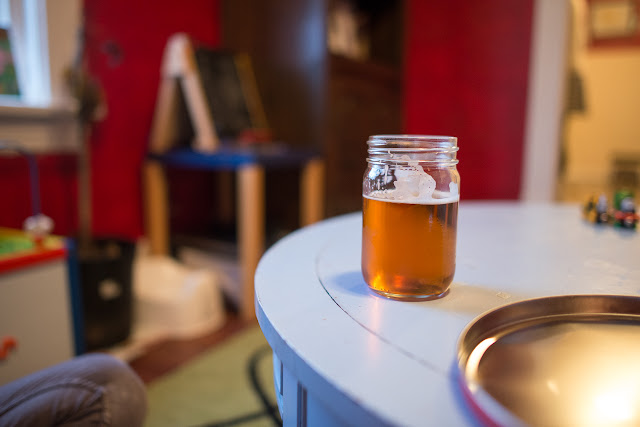 Beer and cookies? Why yes, yes I will imbibe. 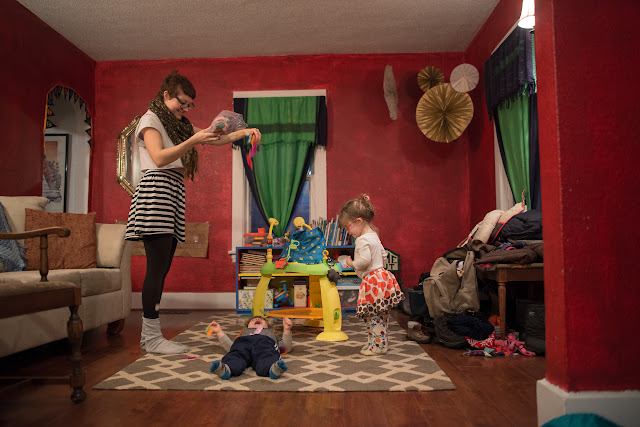 Roman and Meadow always have a crazy good time. 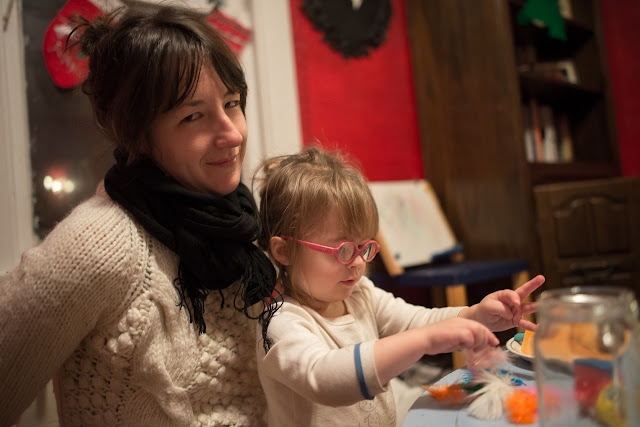 I probably sad something stupid. 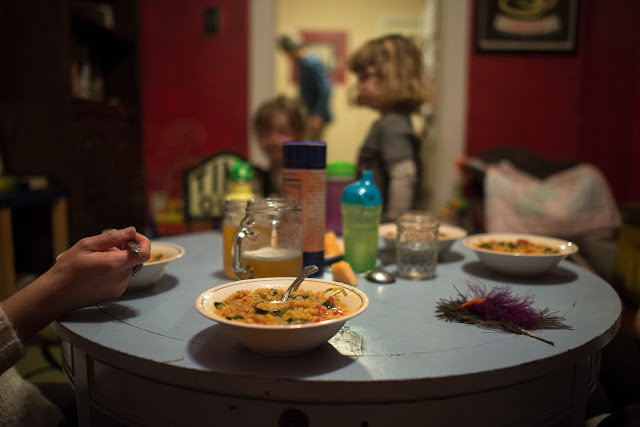 We stayed longer than we thought, but then again we always extend our welcome.

It's great having another Northside couple to hang out with.