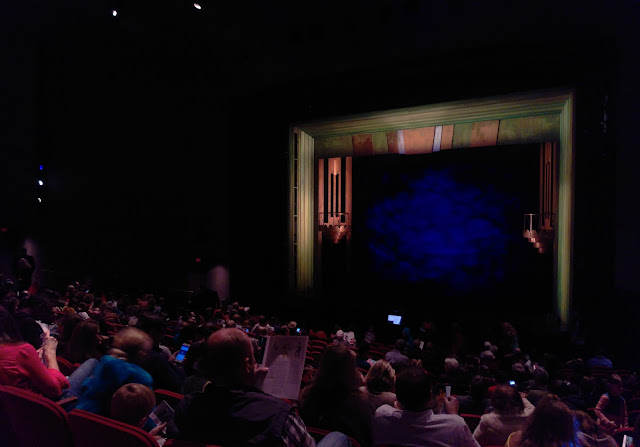 Last week my mom called and said she had a few days off from work and wanted to come visit. My dad had to work so she asked my Grandma to come along.

Brooke's mom (and I guess Brooke too) love the Wizard of Oz. The Children's Theater Company was putting on a rendition so we got some tickets. Meadow managed to watch the whole thing.

I had no idea they had cheap tickets if you sat in the back row. With Scott's background in high school musicals we will have to go to more shows. 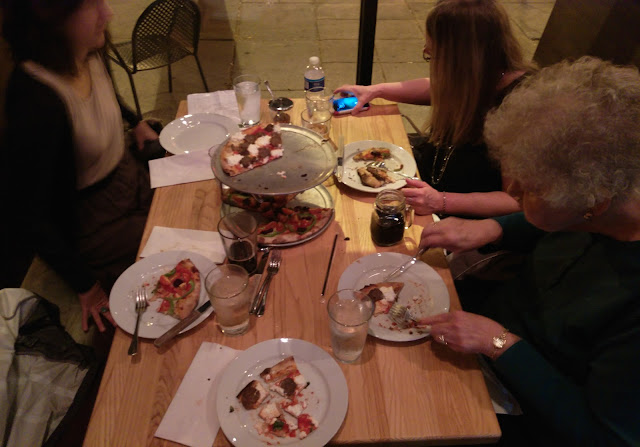 We then got some pizza at the new Black Sheep Pizza location a few blocks away.

With the coal fire oven blazing it kept the restaurant warm and toasty. This would be a great place to go in the cold winter. 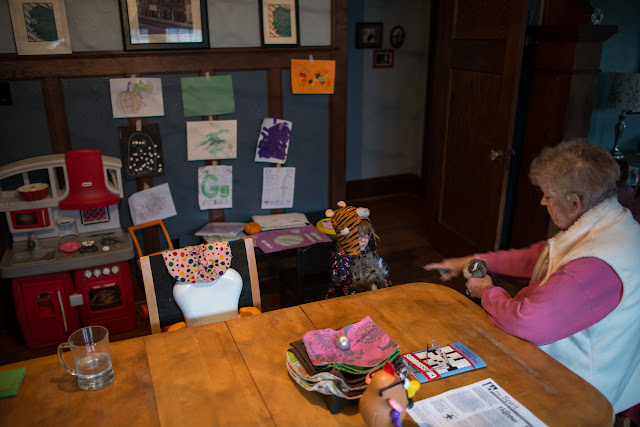 I'm so happy my Grandma was able to come too. The last time she was in Minneapolis was for our wedding. Since we don't live close to her it was nice to see her for more than a few hours. 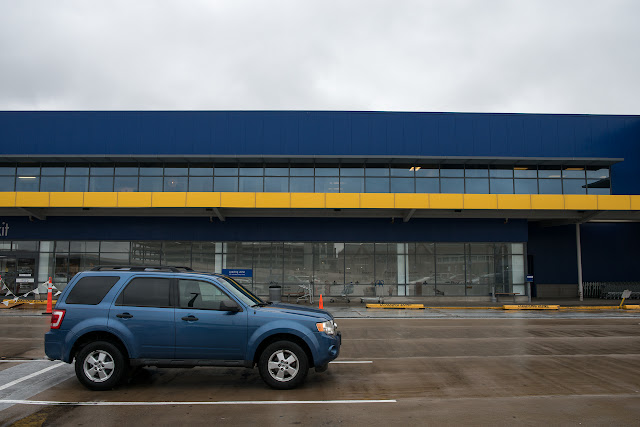 It had been a while since we'd been to Ikea. We caved in and took GiGi.

We told her we would only stay for 2 hours max. 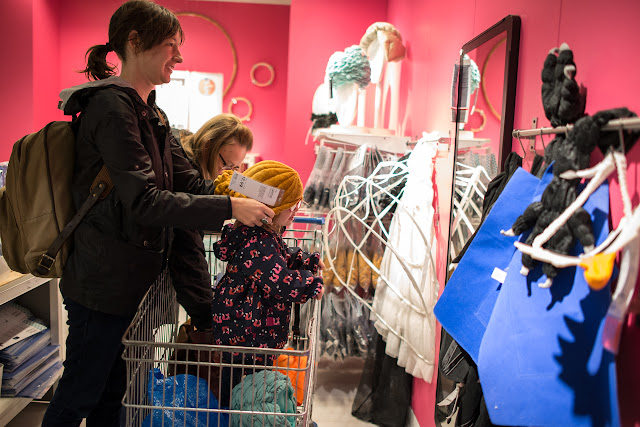 Once we got inside we noticed all the new things that they had. 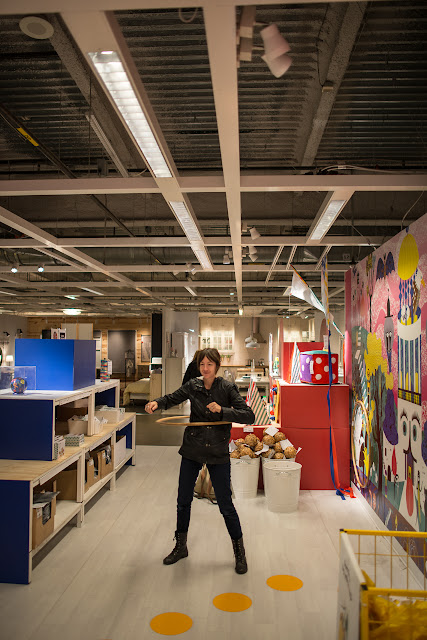 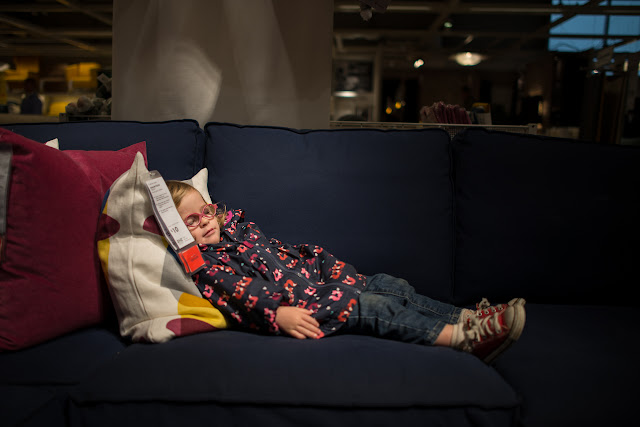 Meadow tested out all the couches while we waited for GiGi. 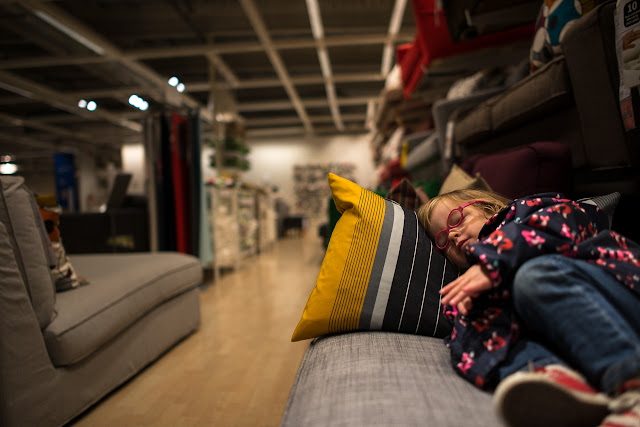 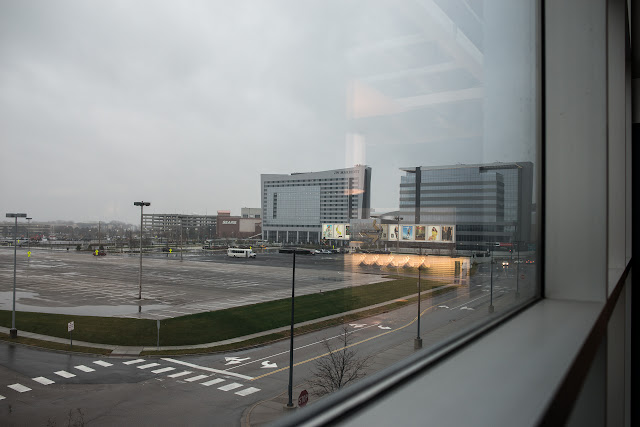 Every once and while I would get bored. 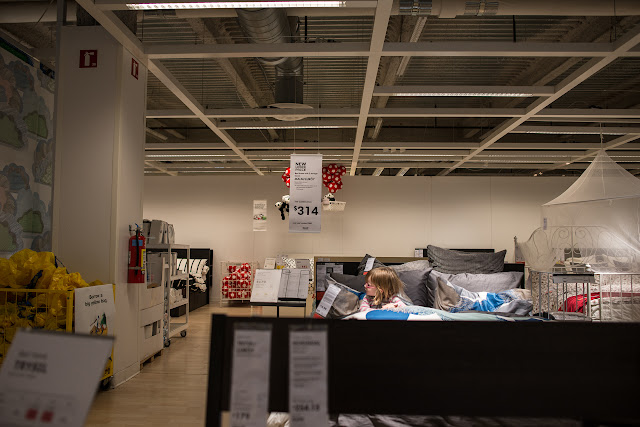 And Meadow would take another nap. 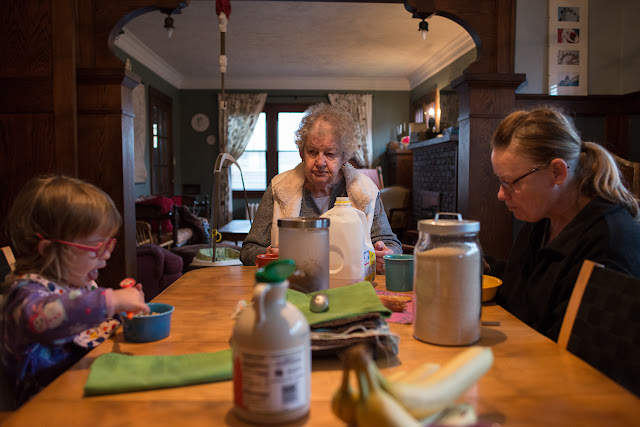 The next day I made oatmeal for breakfast. My Grandma mentioned that she made it every morning for my Grandpa, but never ate it for herself. 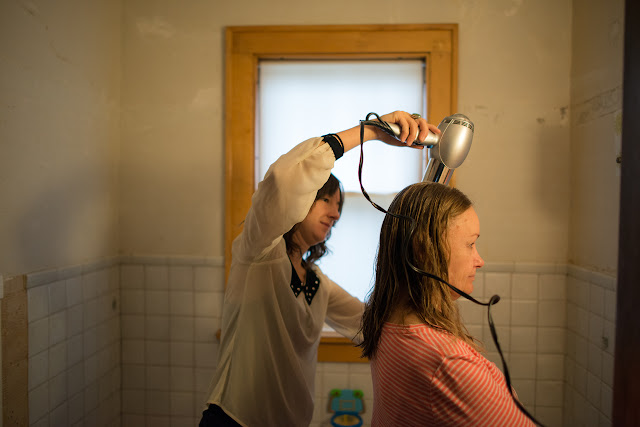 We had plans for the day, but my mom was being pokey as usual. She was waiting for her hair to dry so I helped speed things up. 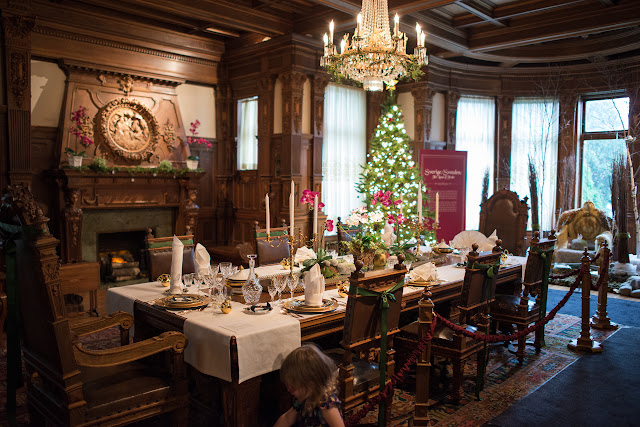 While Scott stayed at home, us ladies went to the American Swedish Institute. I thought they would be interested in seeing the house decorated for Christmas, but they were more interested in the house itself. 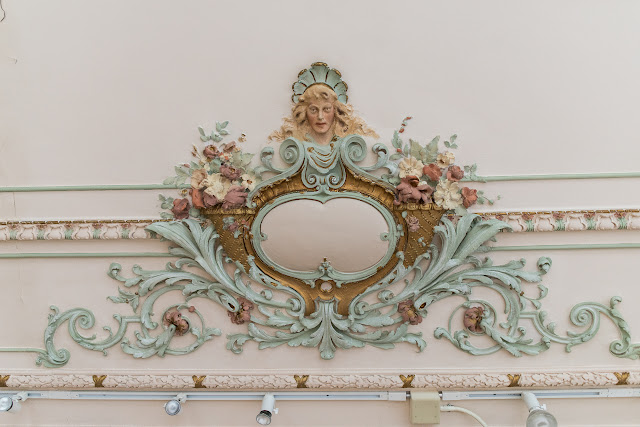 The plaster work here is so amazing. 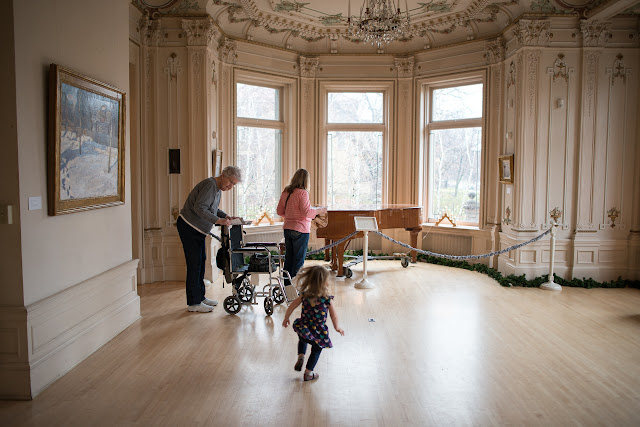 I was worried about Meadow misbehaving here. She stayed by us most of the time. I let her run around in the open rooms to get some energy out. 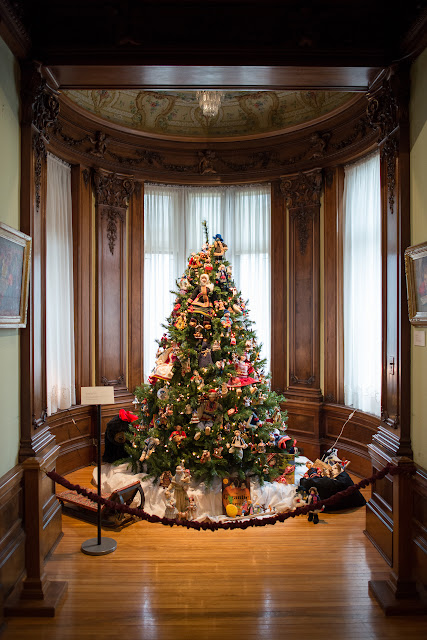 What a perfect spot for a Christmas tree. Why don't homes have turrets anymore?
\ 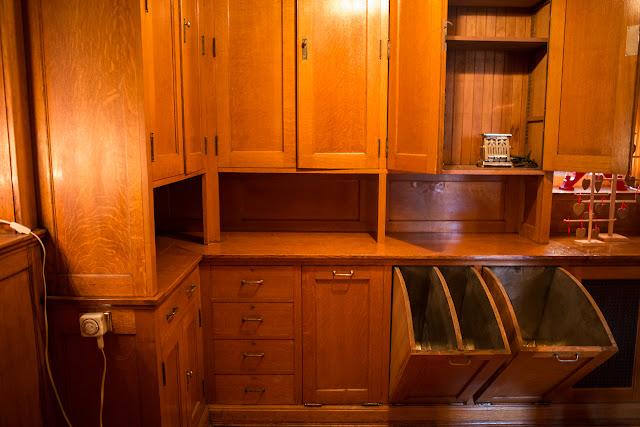 When I came here a few years ago with Blake they were still renovating the kitchen. I wish I had flour bins like that.

You would never let me buy that much flour.

I guess we would fill it with oatmeal. 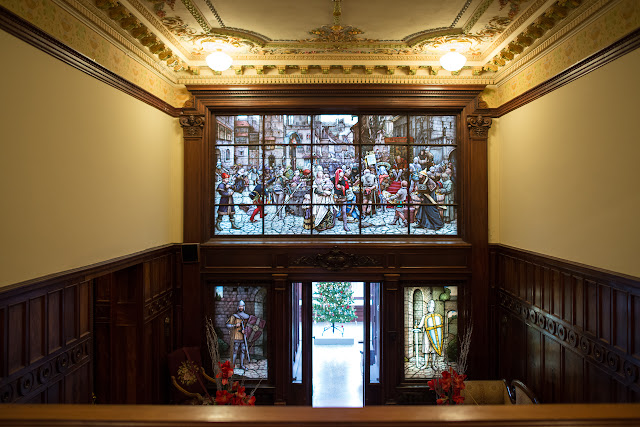 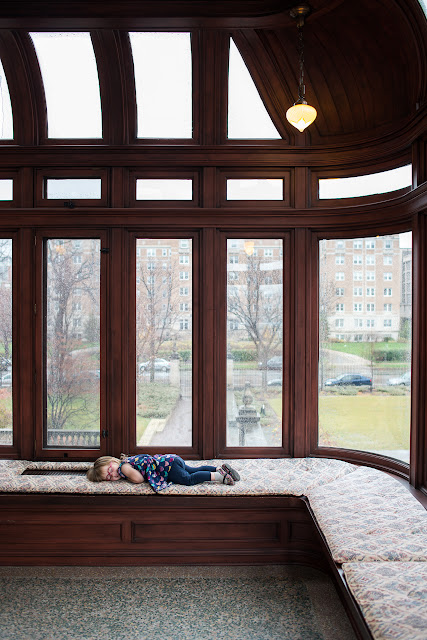 Meadow wanted to take a nap in the solarium. 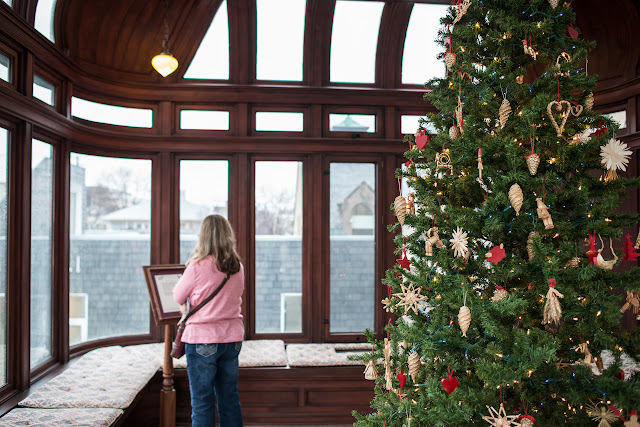 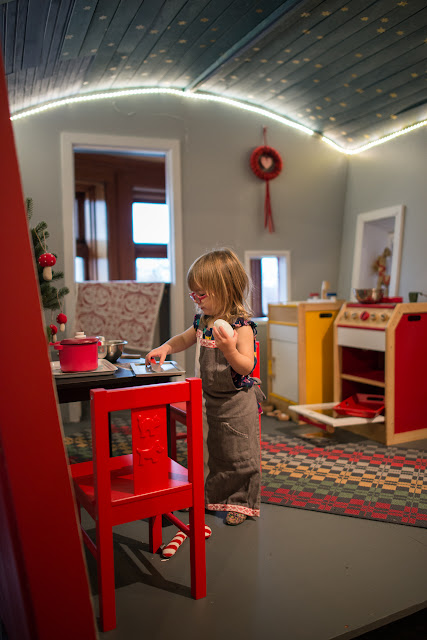 We had heard there was an area on the third floor for kids to play. Meadow went straight to the darling kitchen area. I also saw that they have preschool programs every third Friday of the month. I will have to take Meadow. 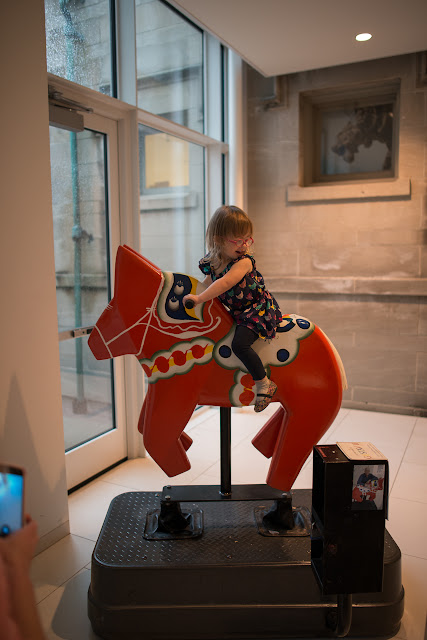 Meadow wanted to ride the Dala horse, but got shy when people stopped to watch her. 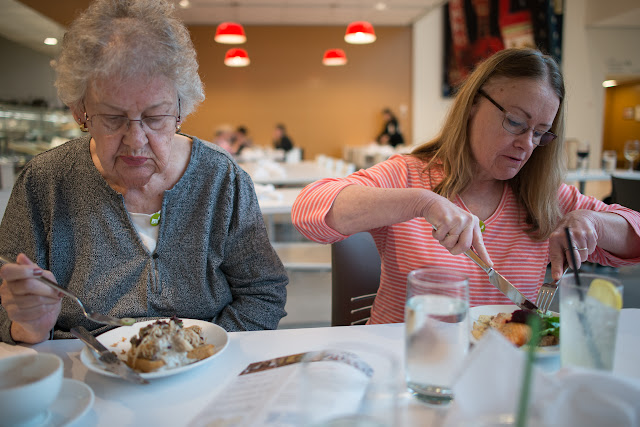 We were hungry for lunch so we ate at the museums restaurant FIKA. Meadow and I shared the meatballs. They were definitely better than IKEA. 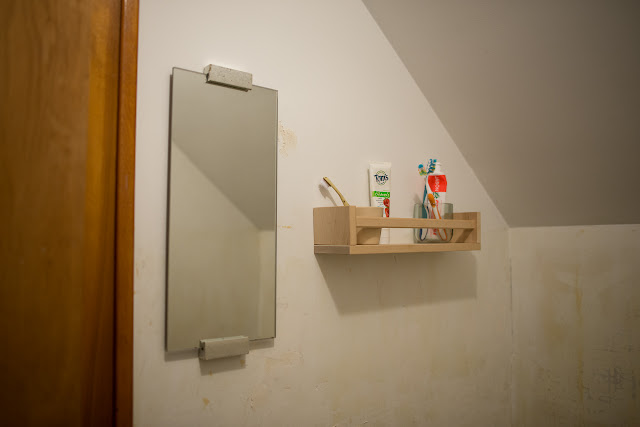 I had planned on contacting clients, but somehow started working on the house. Brooke got a new shelf for our bathroom. I think we'll finally paint our little bathroom soon. 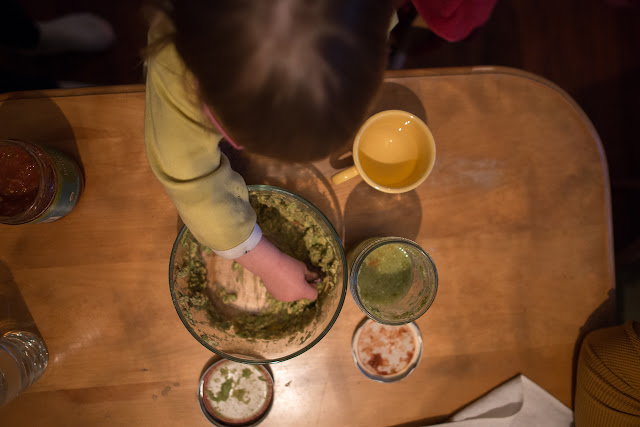 We snacked on gaucamole since dinner was going to take awhile. 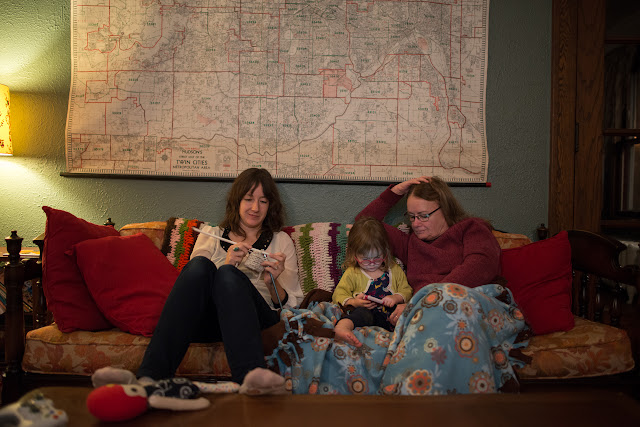 GiGi taught Meadow bad habits of playing games on her phone while I knitted an accessory for Meadow's doll.

I wouldn't mind it so much if she just played solitaire with actual cards. 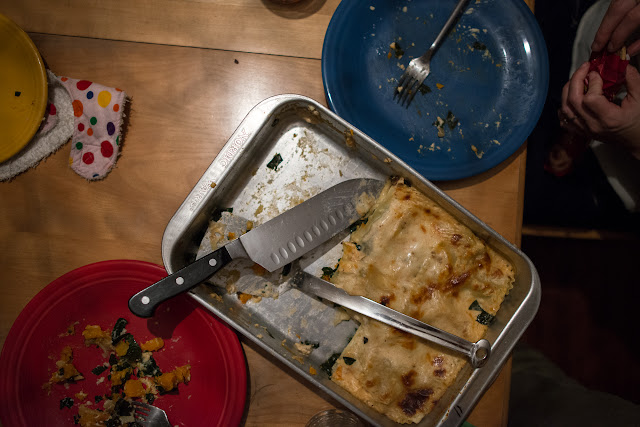 I made us butternut squash and brussel sprout greens lasagna. 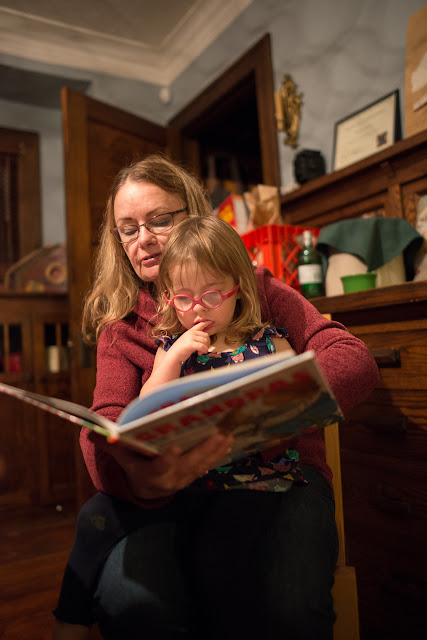 Meadow had her Grandma's read books to her the whole time they were here.

She still had us read her books. She's quite the book worm.