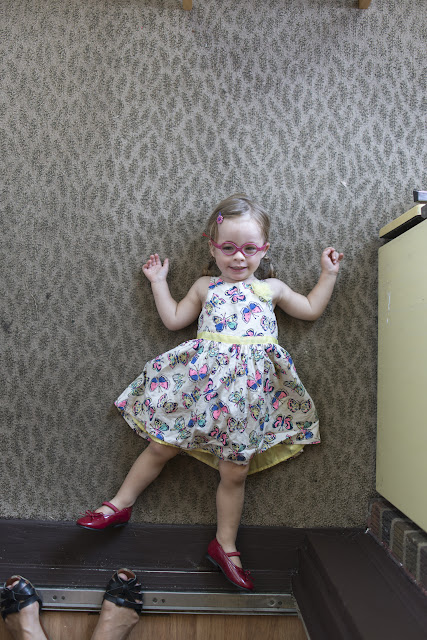 After breakfast Scott had to run an errand. Meadow has been picking out her clothes lately. I ask what she wants to wear and she will say dress or shorts. I asked what dress and she said butterfly.

Tyler and Emma are out of town so they asked if we could let Honey out and feed her. Meadow is terrified of her. "Carry you, carry you!"

That means get me off the ground and away from this dog in plain speak.

She asked to, "Side." As in she wants to go inside while Honey is outside.

Meadow's wanted to play our antqiue mandolin recently. I thought I'd let her play my electric guitar (that I never learned to play) instead. I hope she knows how to play a few instruments.

We need to get her a ukulele.

I hosted this month's North Minneapolis Bicycle Advocacy Council meeting. We can get into some serious debates, but these folks are great.

Meadow and I even joined for the first hour until she got bored and wanted to go inside.

As soon as the meeting was over we kicked them out and met up with her buds Cevonne and Jose. They were in town for the weekend. We only had a couple of hours to spend with them in their short time here.

Getting ice cream was a good use of that time. 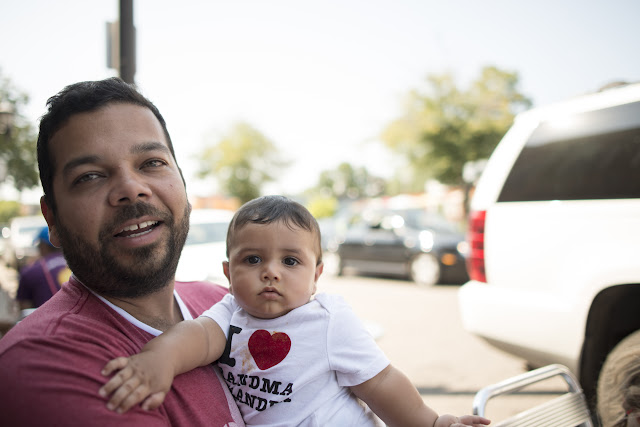 It was so nice to see them again since they moved to Austin a year ago. These two make such beautiful children.

Meadow loved when Liam would laugh. 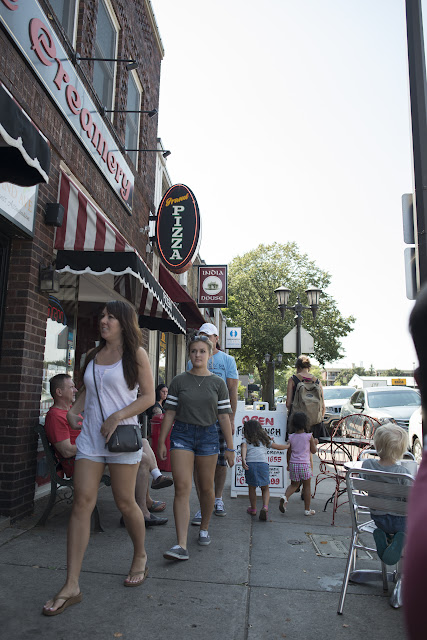 Madeline wanted to show Brooke something in their car and Cevonne left to get pizza. It was a good time for the dudes to talk.

The last time Meadow saw Madeline she was still too little to play with her. It was fun to see her with the big kids this time.

It's weird that Madeline's only a year and a half older.

Liam is about the same weight as Meadow, but half the size.

We were just hanging out on Grand Avenue, standing around, when we decided to get some beers at the Wild Onion.

Their patio was perfect for the kids. I hope we didn't annoy other people too much.

Meadow wanted to do everything they did.

Since we didn't get to see them for very long Cevonne took this photo of her giving us a hug. 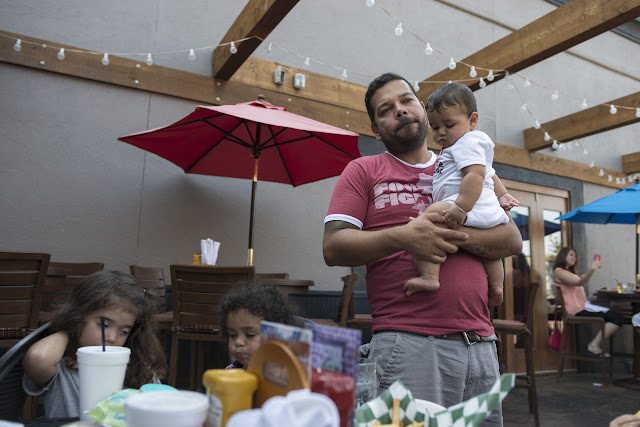 Heck to the Yeah!

After parting ways and having a lupper and some beers we biked to the beach. 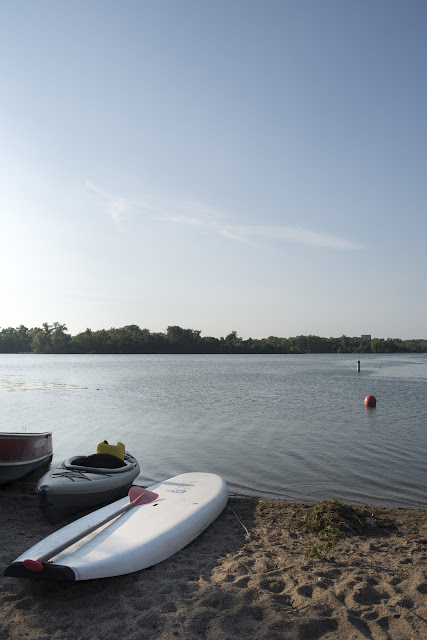 Cedar Lake South Beach that is.

Someone had built this awesome sand castle. This kid was ready to destroy it. 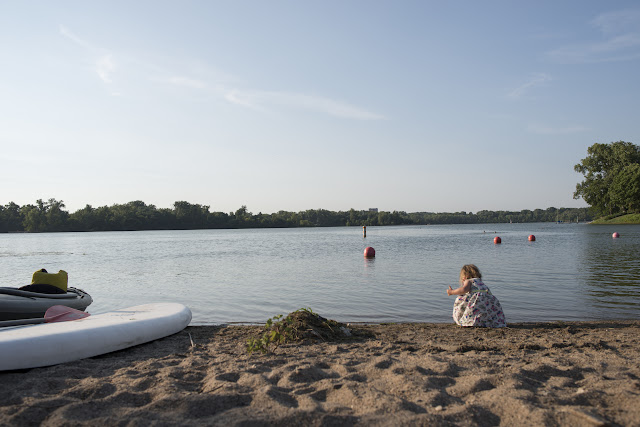 Meadow wanted to get in the water before she had even changed.

Meadow actually enjoyed the water in her floaty.

Unfortunately it has a leak. 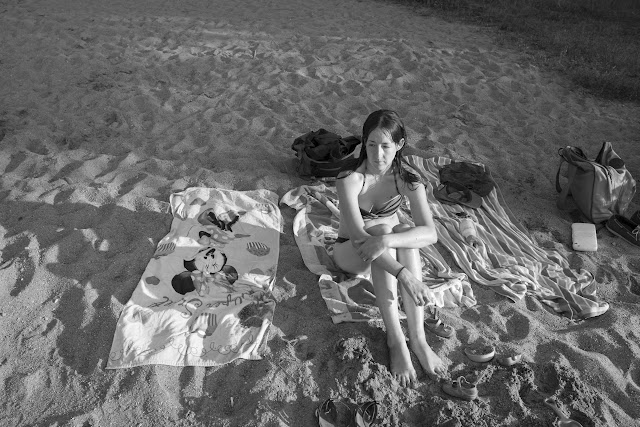 I swam out pretty far.  Maybe someday I will join the other swimmers and swim across the lake. 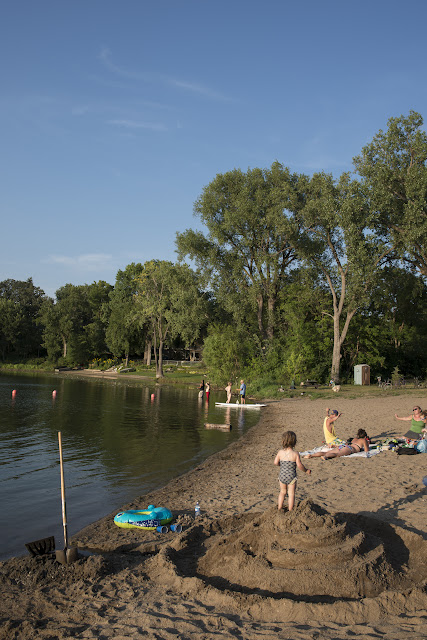 We grimaced when Meadow walked up the sand castle, but the folks who built said it was OK. Meadows proceeded to demolish it.

The other beach goers thought she was an adorable Godzilla. 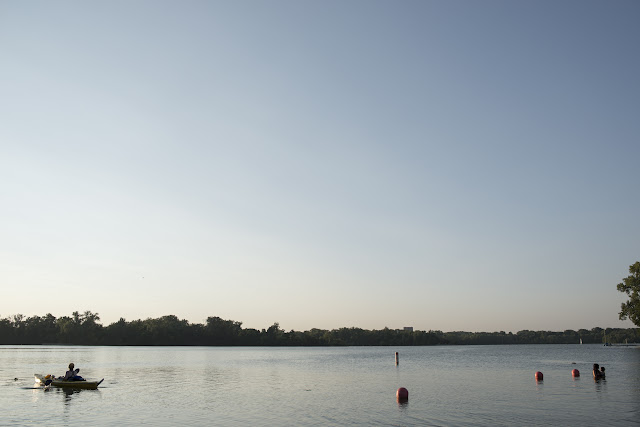 We ran into our old friend Liz and caught up with her as the sun was setting. It's starting to get dark too early again.

Meadow threw all these branches in the water during our convo.

Soon this will be frozen over and we'll be snowshoeing across it.