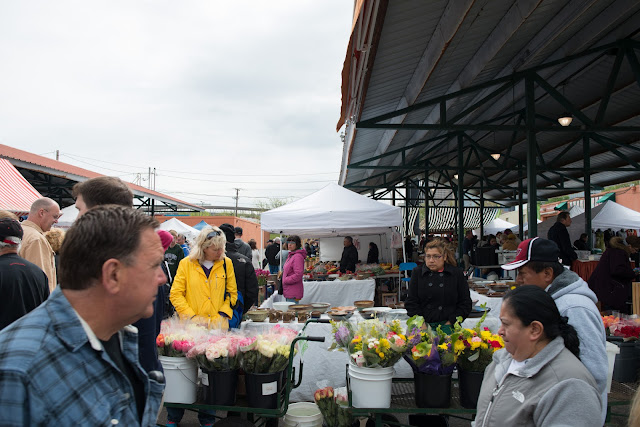 We have been doing a really awesome job of skipping the grocery store and making meals from what we already have. When Emma suggested doing a Mother's Day brunch together we had to pick up a few extra things.

To the farmer's market! 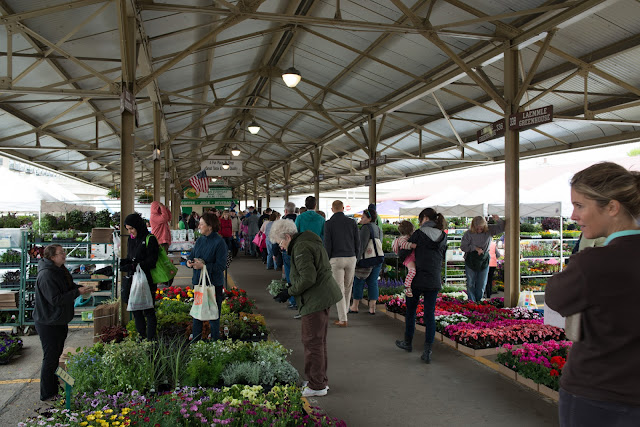 This time of year the market is mostly flowers and seedlings. Somehow we never get our plants here.

Sometimes we do. Usually the cheap late season plants. 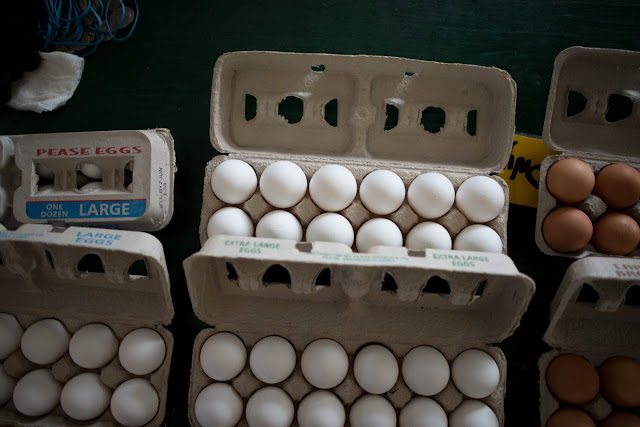 We did pick up some eggs and bacon. 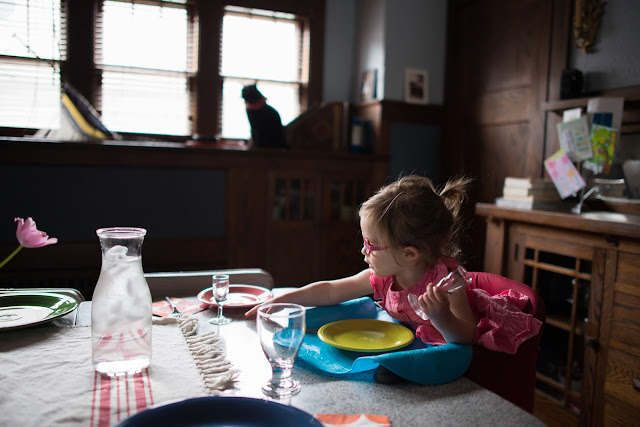 Meadow set the table while Scott and I prepped our food. 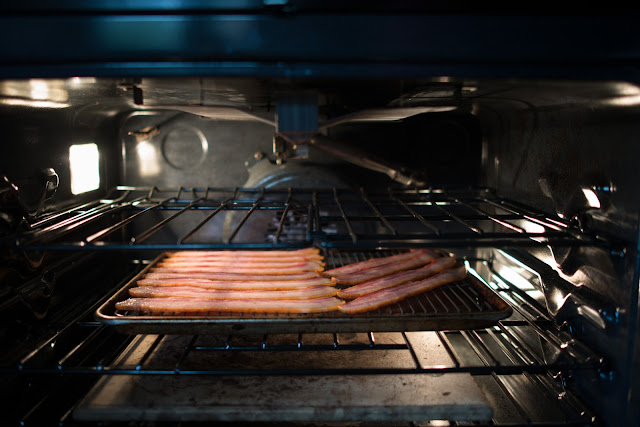 Baking bacon just makes too much sense. I did end up putting this in way too early. 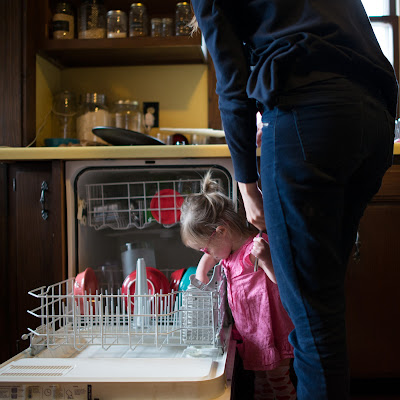 I thought we were going to get together around noon so we never ate breakfast. It was after noon that we were told we had to wait until June woke up from his nap. 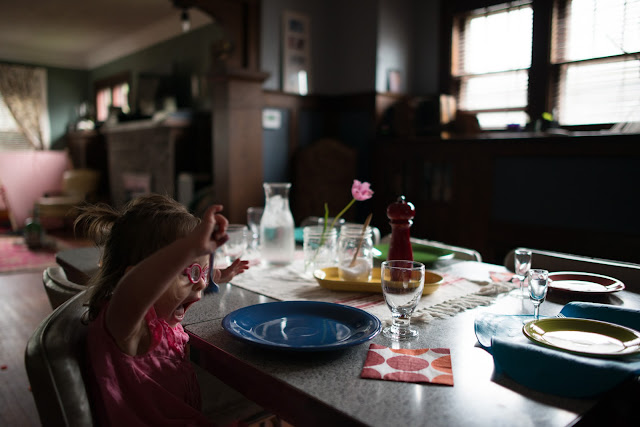 Brooke and I were hangry, but Meadow didn't seem to mind. 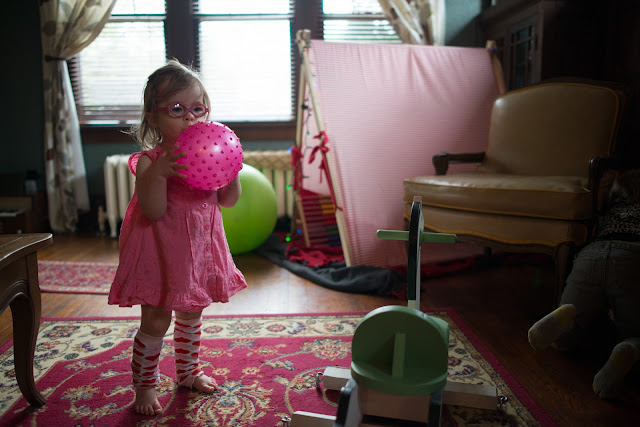 I think she was just trying to distract herself from hunger. 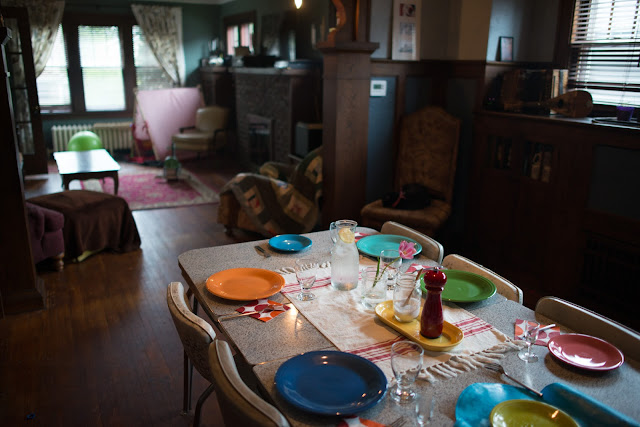 This did give us more time to get the table ready. 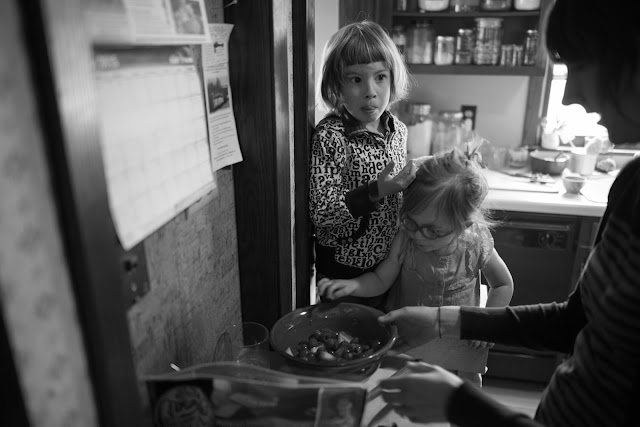 We told Tyler that the food was pretty much done. He and Olive came over to start cooking their French toast while June was still napping. 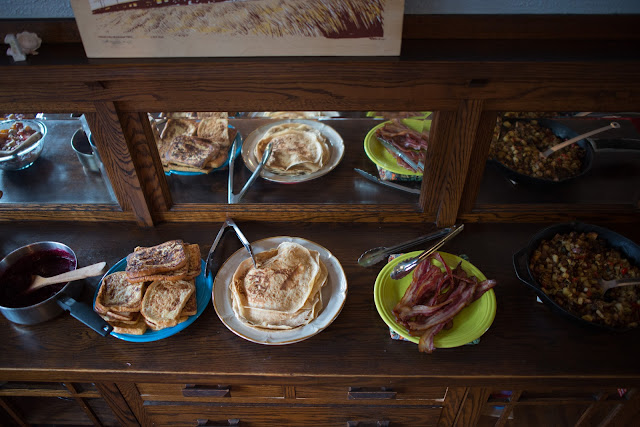 As soon as Emma and June arrived we got right to eating.  We had my hash with eggs, bacon, crepes, french toast, rhubarb compote and a fruit salad. 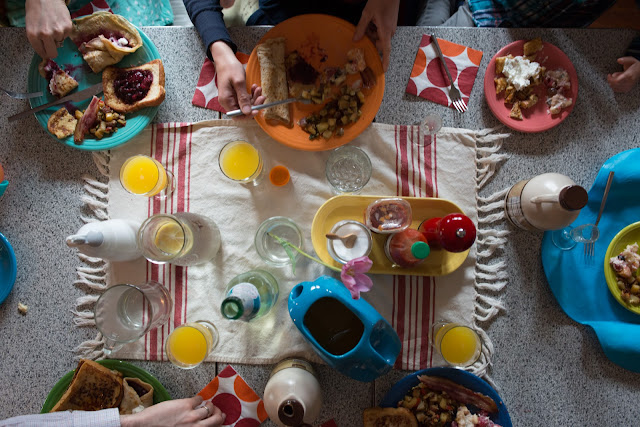 Emma even brought mimosa fixings. This was the best meal ever.

And much better than paying $18 a person. 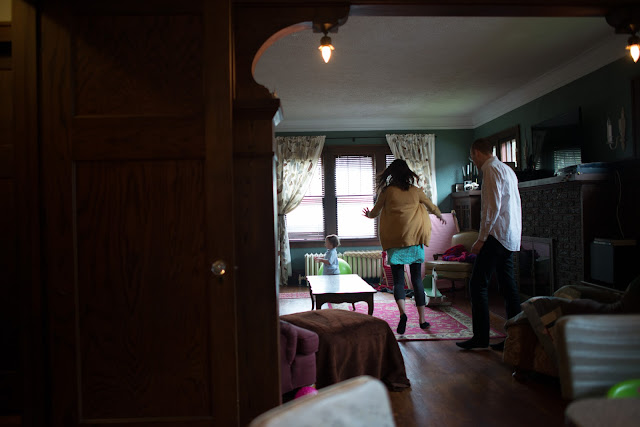 Tyler is a better husband and had a surprise in store for Emma. 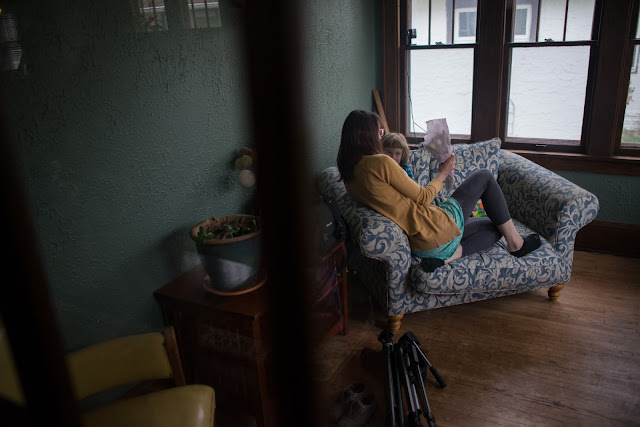 I just don't get flowers. "Hey. Here's some dead plant." I must admit this was a cute mother-daughter moment. 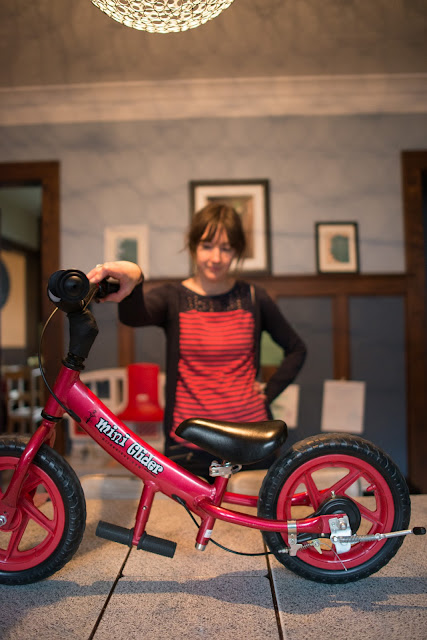 We had to kick them out so Scott could pick up a bike for Meadow from a Craigslist ad. I have really been loving Craigslist lately. You can find almost anything and we have been getting rid of some of our bigger items.

We should probably be better about the getting rid of things part.

Meadow loved playing with Olive's balance bike a few weeks back and since she is obsessed with bikes lately we thought we would get her one for her birthday. She's going to be so excited. I liked that this one has a brake and foot rests for her feet. I think this will really help her get used to riding a real bike in a couple of years. That is if it's not too big for her.

She'll grow into it. 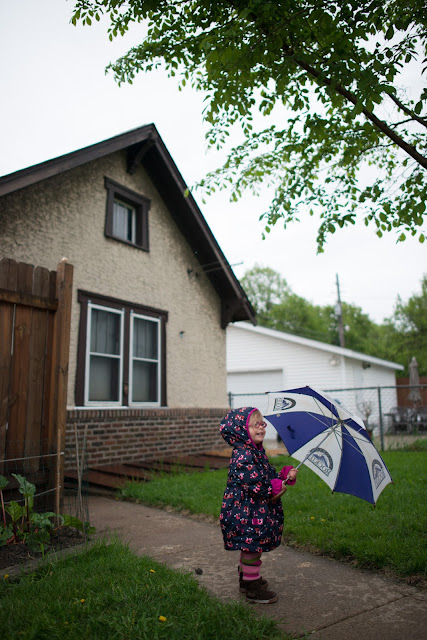 She's also been infatuated with the word umbrella. We wanted to pick up something from Aldi (yes we do shop other places than the co-op once and a while) and went for a walk in the rain.

Actually it was to get Scott's Father's Day gift ha. 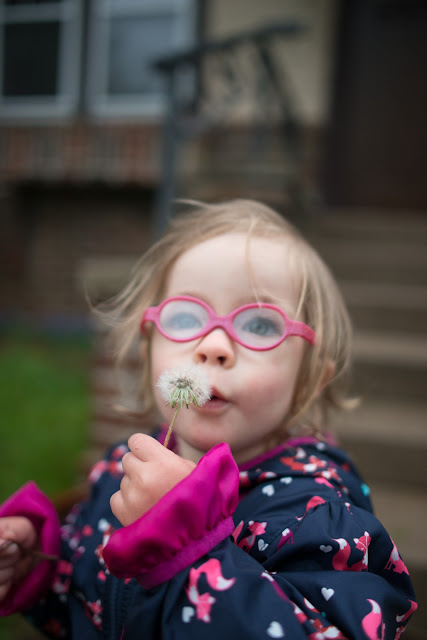 Meadow thinks dandelions that have gone to seed are bubbles. She likes to point them out to us when she sees one. She doesn't quite understand how to blow yet, she only looks like she does. 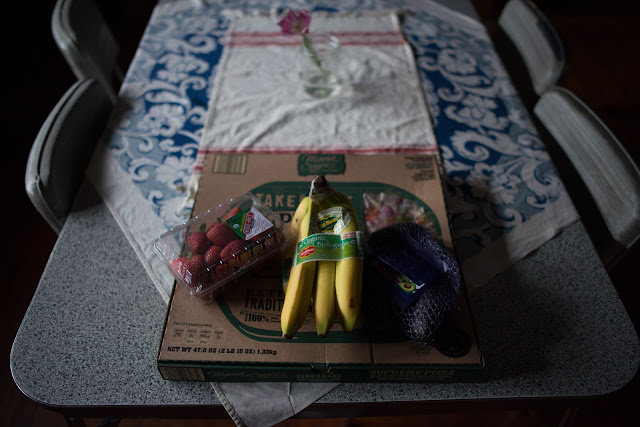 They didn't have the camp pad I wanted, but they do have really good prices on organic produce. Things like bananas aren't going to be local, so I don't feel bad about getting them at Costco or Aldi. 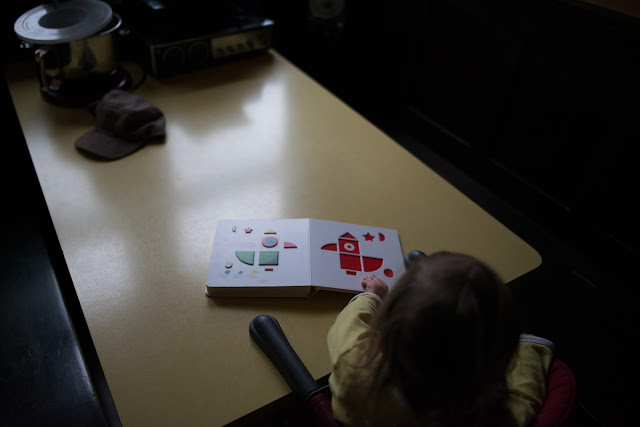 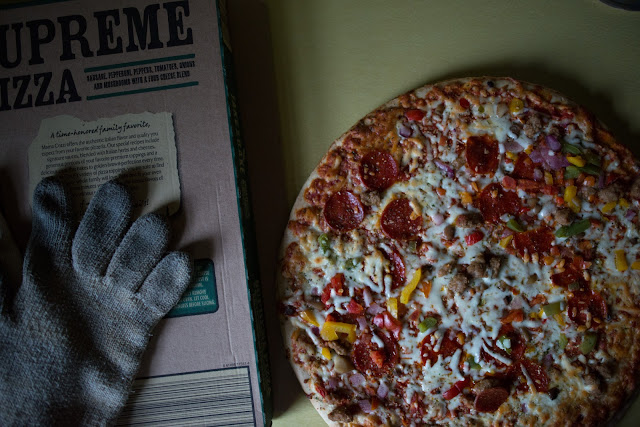 We were just going to skip dinner since Brunch was late, but while at Aldi we were getting hungry. This pizza wasn't too bad. 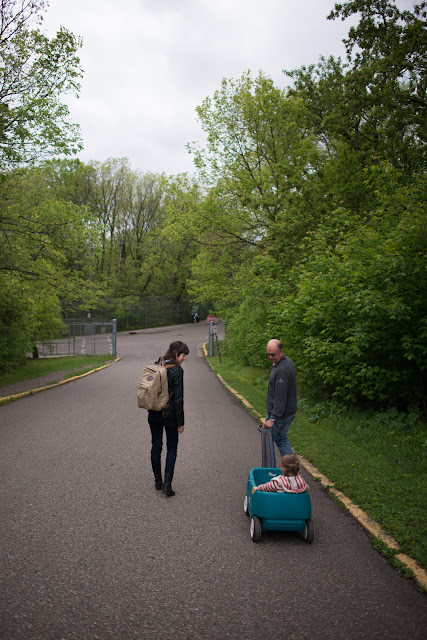 A few days later my dad came up to visit and drop off some furniture for us. 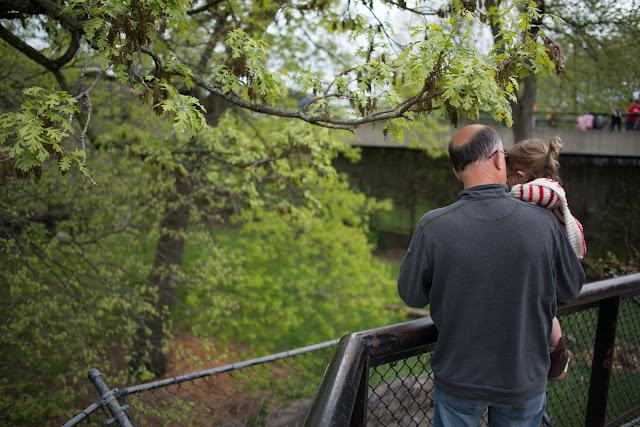 We decided to go to Como Zoo before he had to leave. 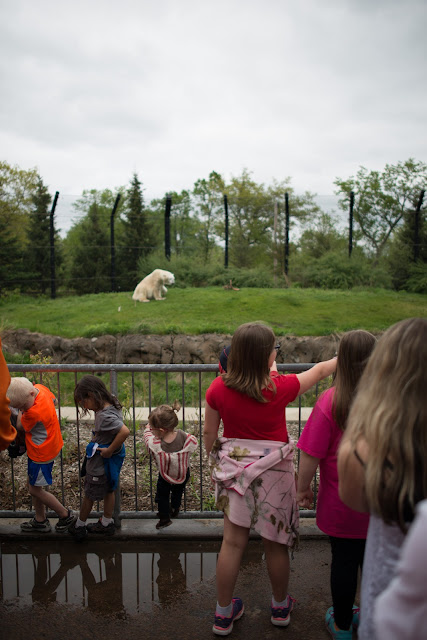 Meadow wanted to hang on the railing like the big kids. 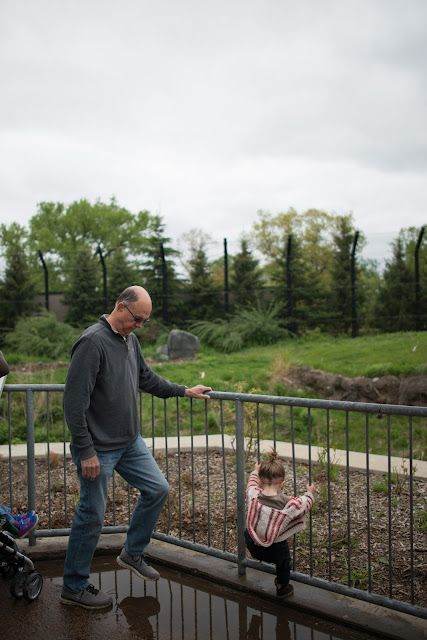 I think my dad was worried that a polar bear was going to get her. 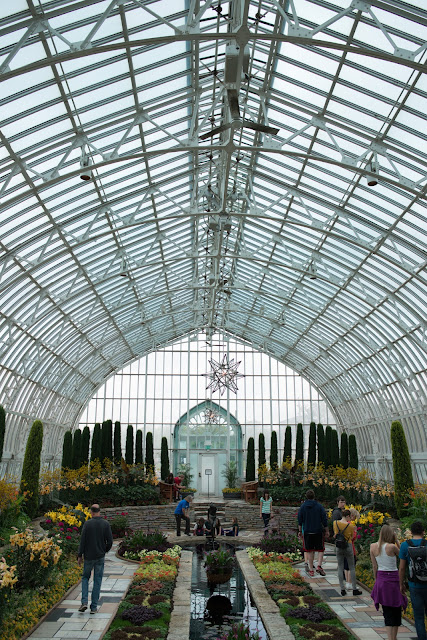 We walked through the zoo part pretty quickly and went over to the conservatory.

I'm not sure about quickly. It is the world's smallest zoo. 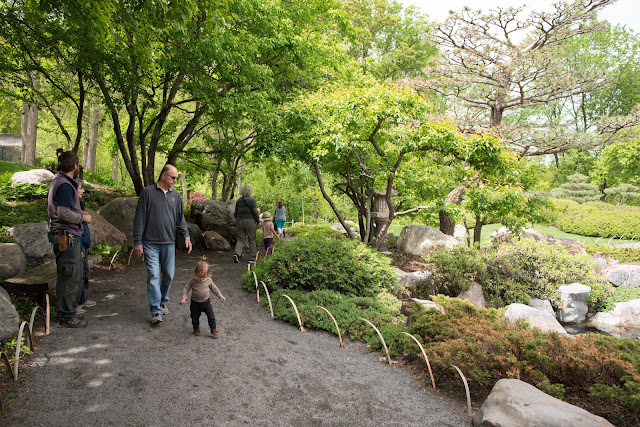 Grandpa Tuska enjoyed seeing the zoo again. He hadn't been here since I was a kid. 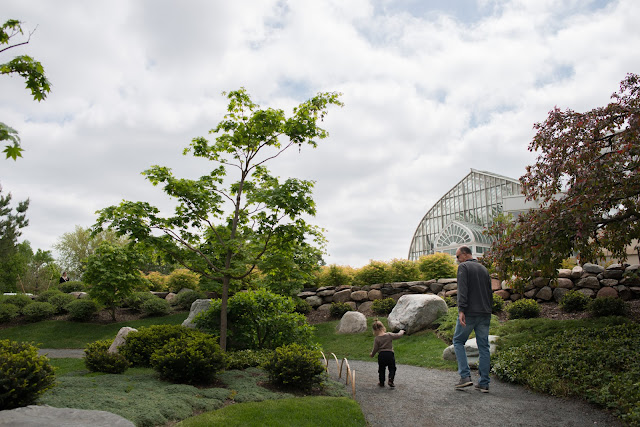 With my dad retired I'm hoping we'll see him more often. I know Meadow would like that.