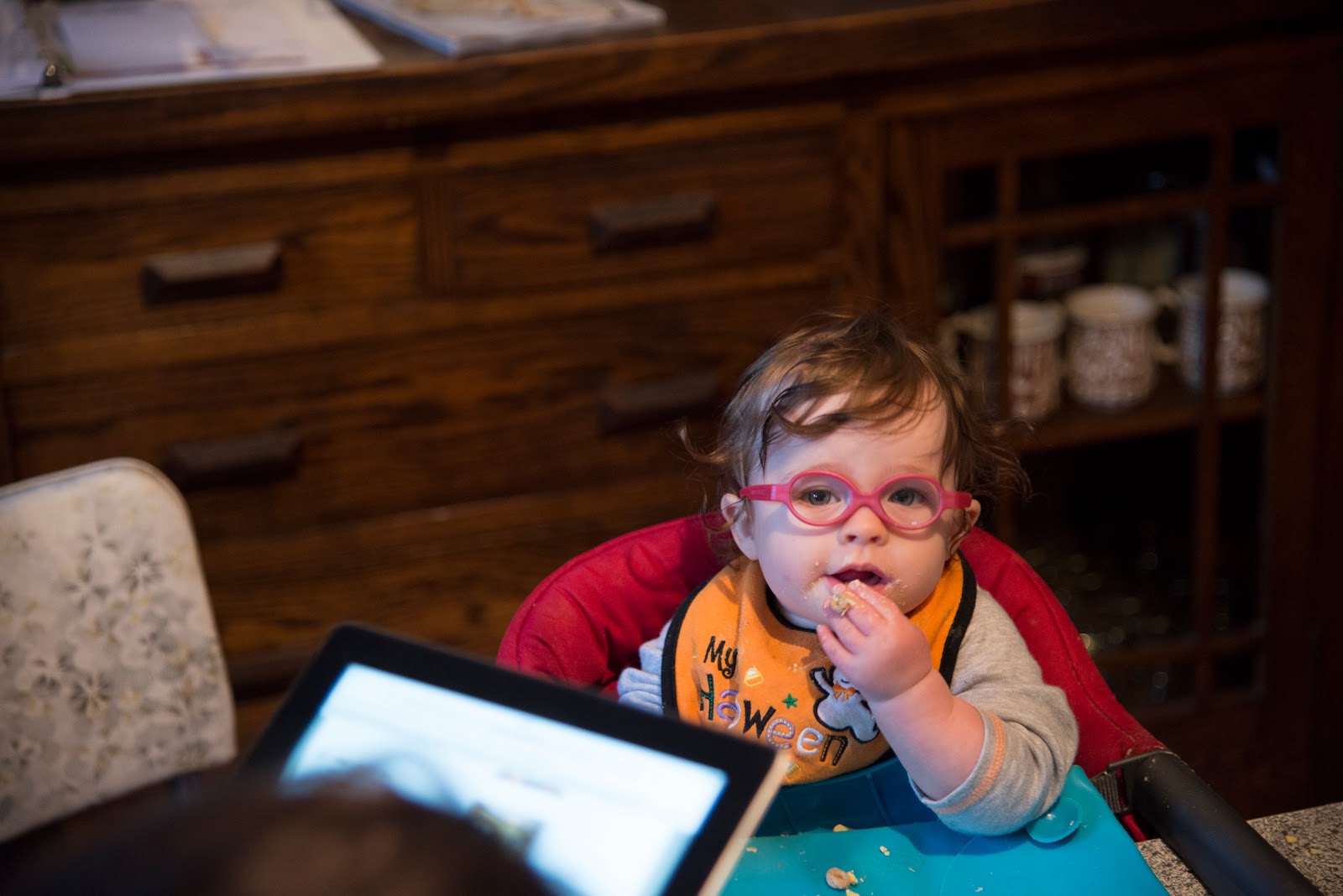 As if Blake wasn't sick of us already. We convinced him to stick around until the weekend. We needed a sitter for Thursday and Saturday and I talked him into going to the Minneapolis-St. Paul Home Tour with me.

Today was pretty chilly. I'm already missing the south. I feel like we already had summer and now its fall. 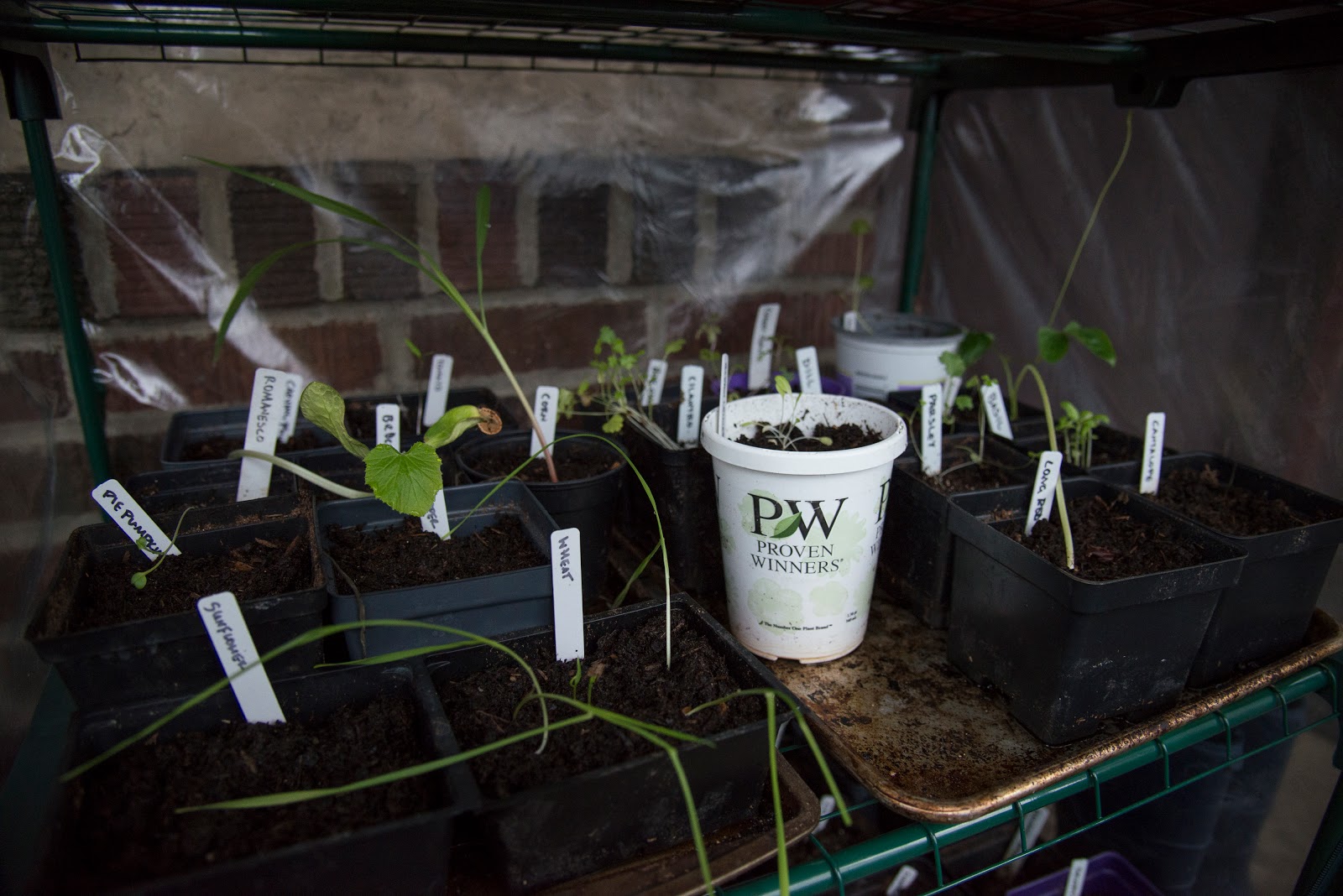 Even with the "cold," it's finally warm enough that I can  keep my seedlings out on our back porch. Emma was nice enough to take care of them while we were on our trip.

For as early as I started them I would have expected them to be bigger. I blame it on the fact that I used potting soil instead of seed starter soil. 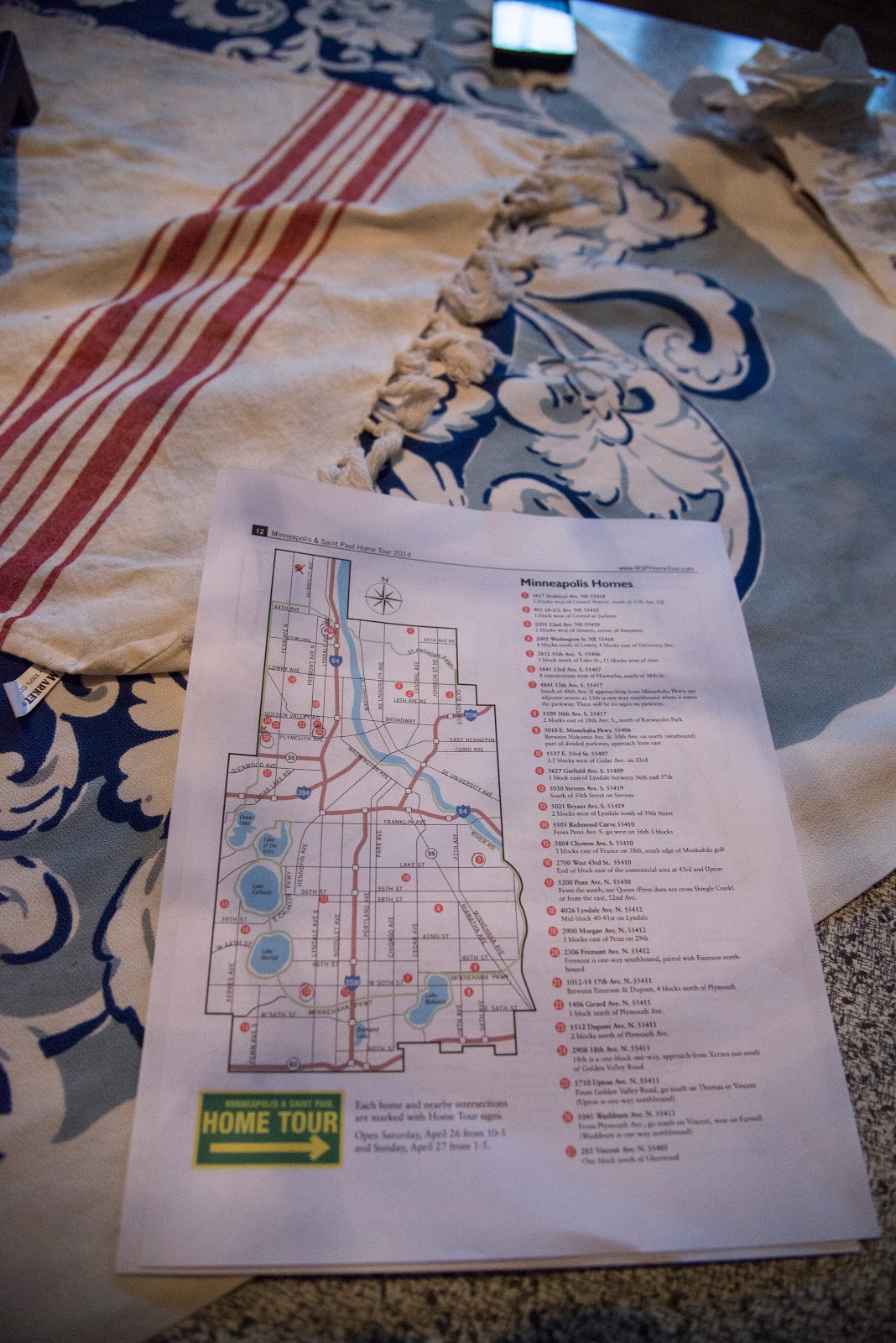 My plan this year was to go to all the homes on Summit Avenue, but there weren't any on the tour this year. Usually we only go to the home in North Minneapolis. Blake and I picked out all the ones we wanted to see throughout the whole tour and went with the ones we both picked. 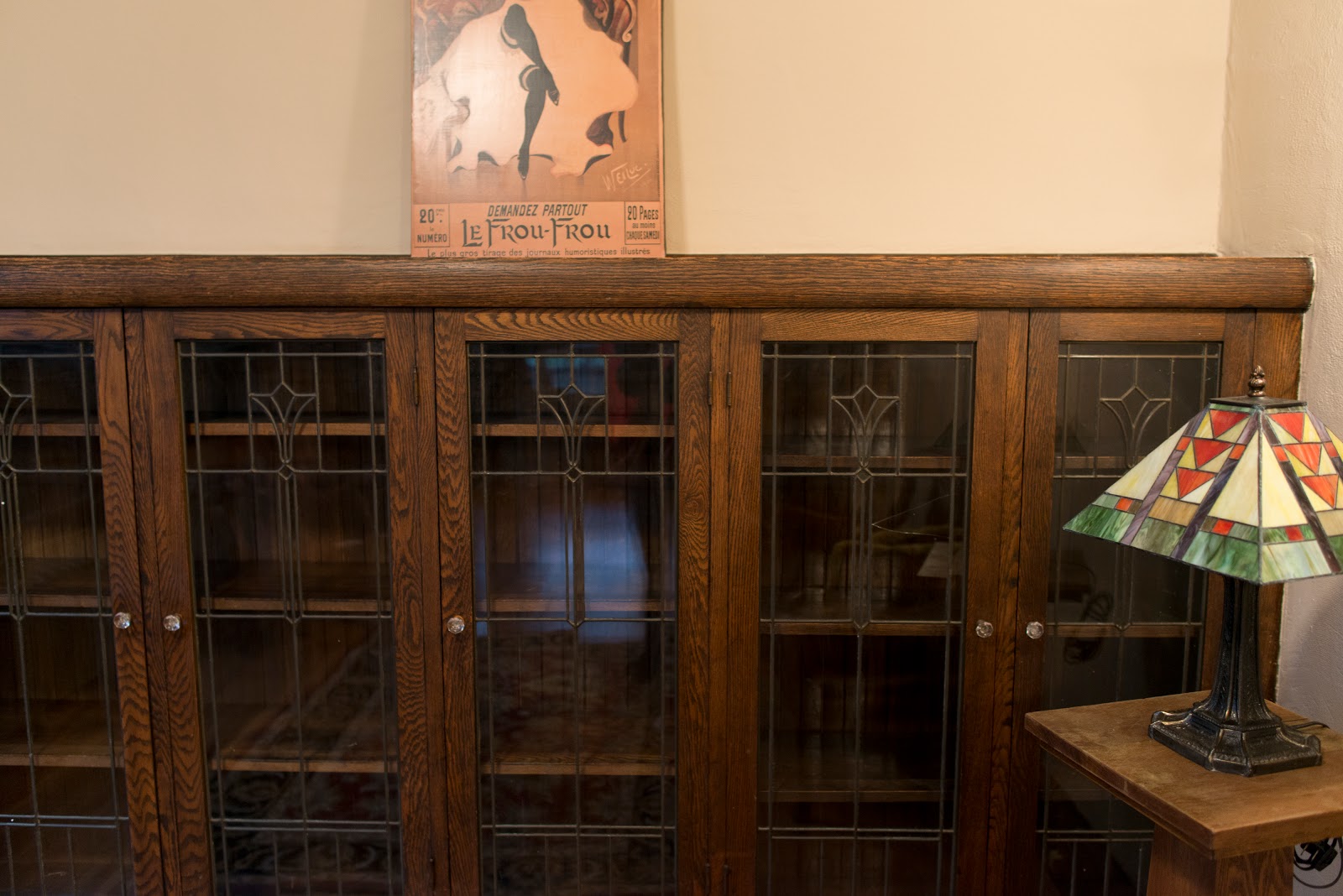 While Meadow took a nap and Scott worked at home Blake and I went to the ones in North first. The first house we went to was recently put on the market. I'm curious if it was built by the same architect who did our home as there were lots of similarities between the two. 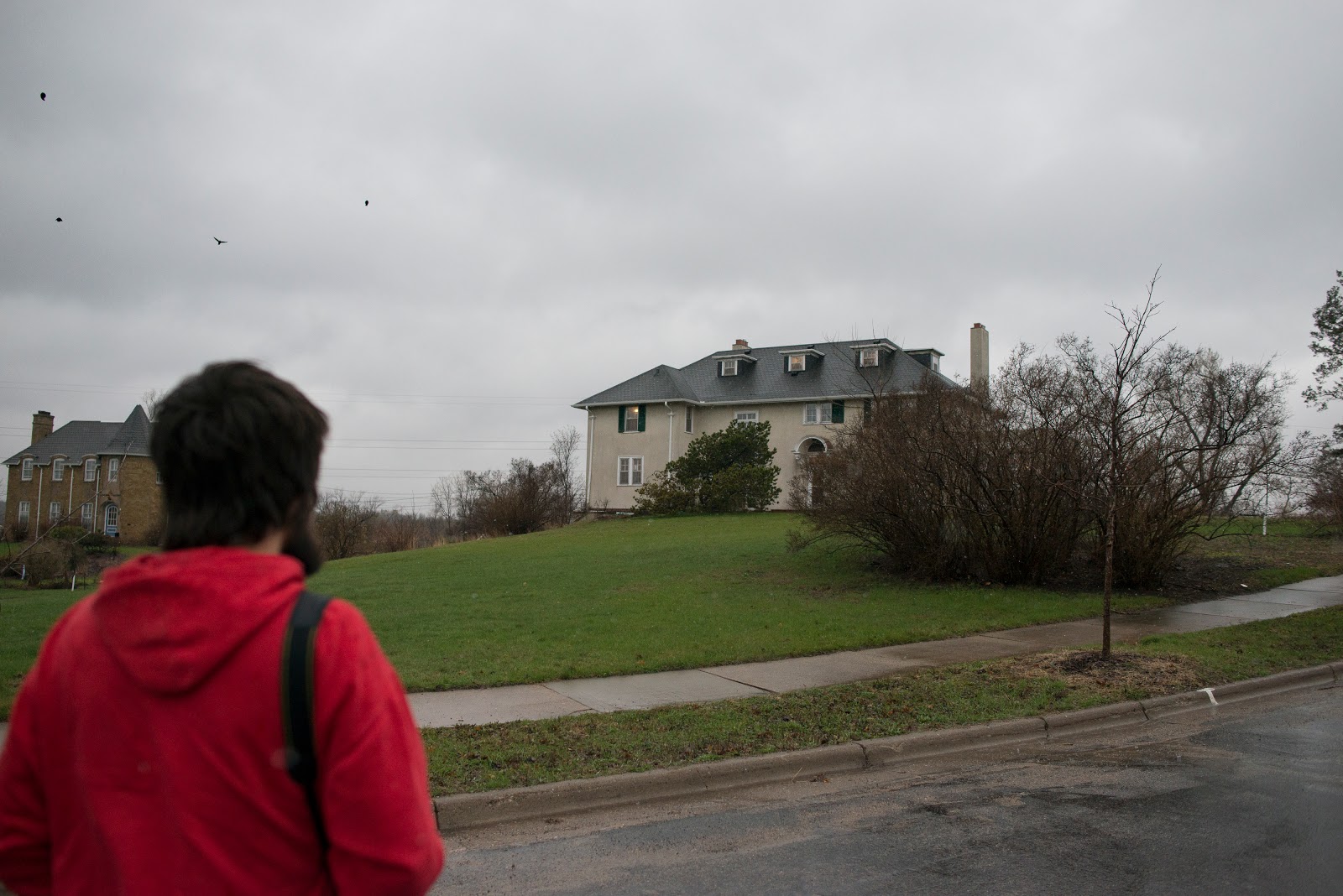 I was excited to see this house near Theo Wirth Golf Course. It was in the path of tornado and the owners ended up selling right after. The current owners have plans to renovate the whole place. 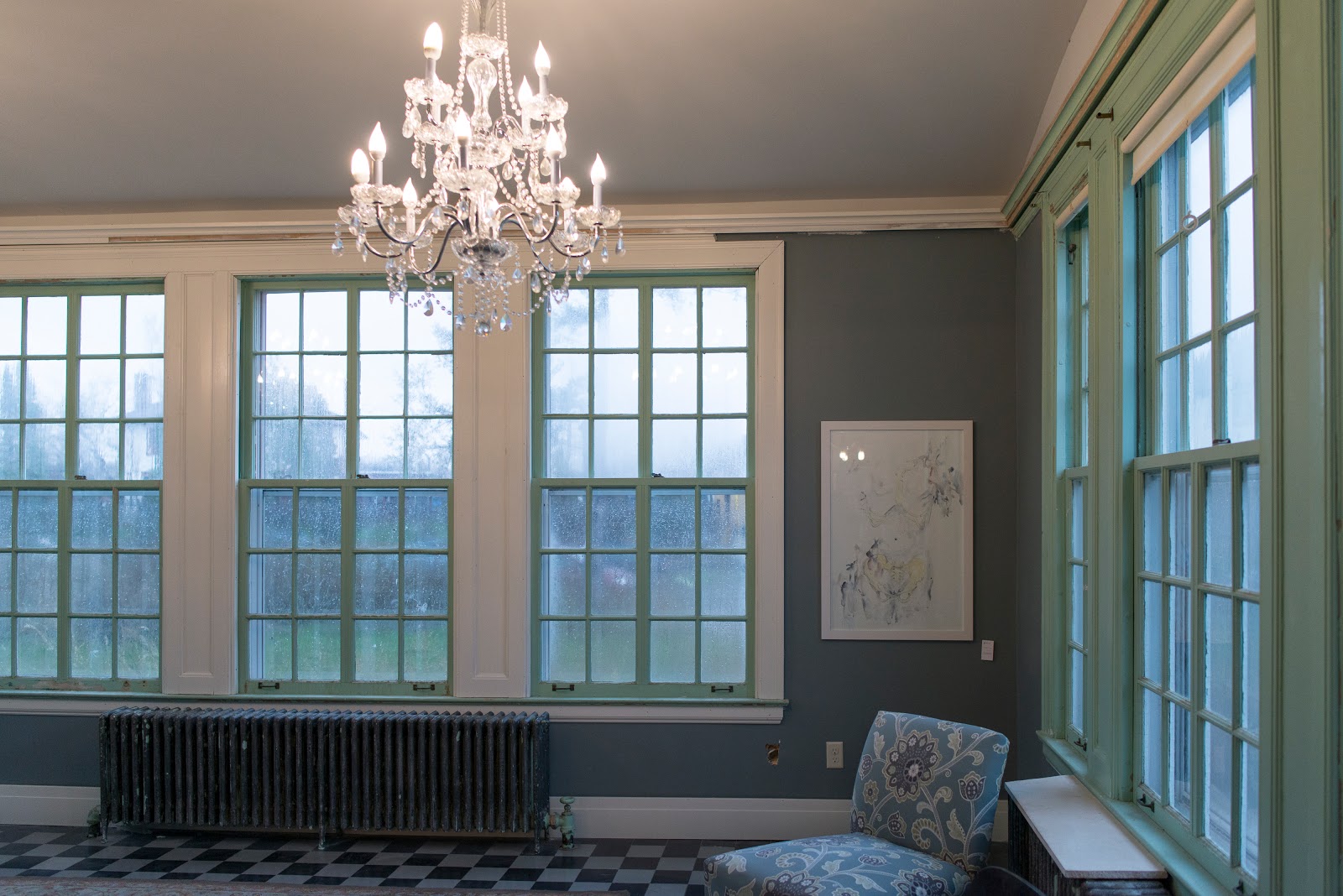 They had the original blueprints sitting out which was interesting to see what room was used for what. Walking through the house I thought they had a bunch of kids as there were lots of playrooms, but they only have two. I guess they just needed to use every room for something. 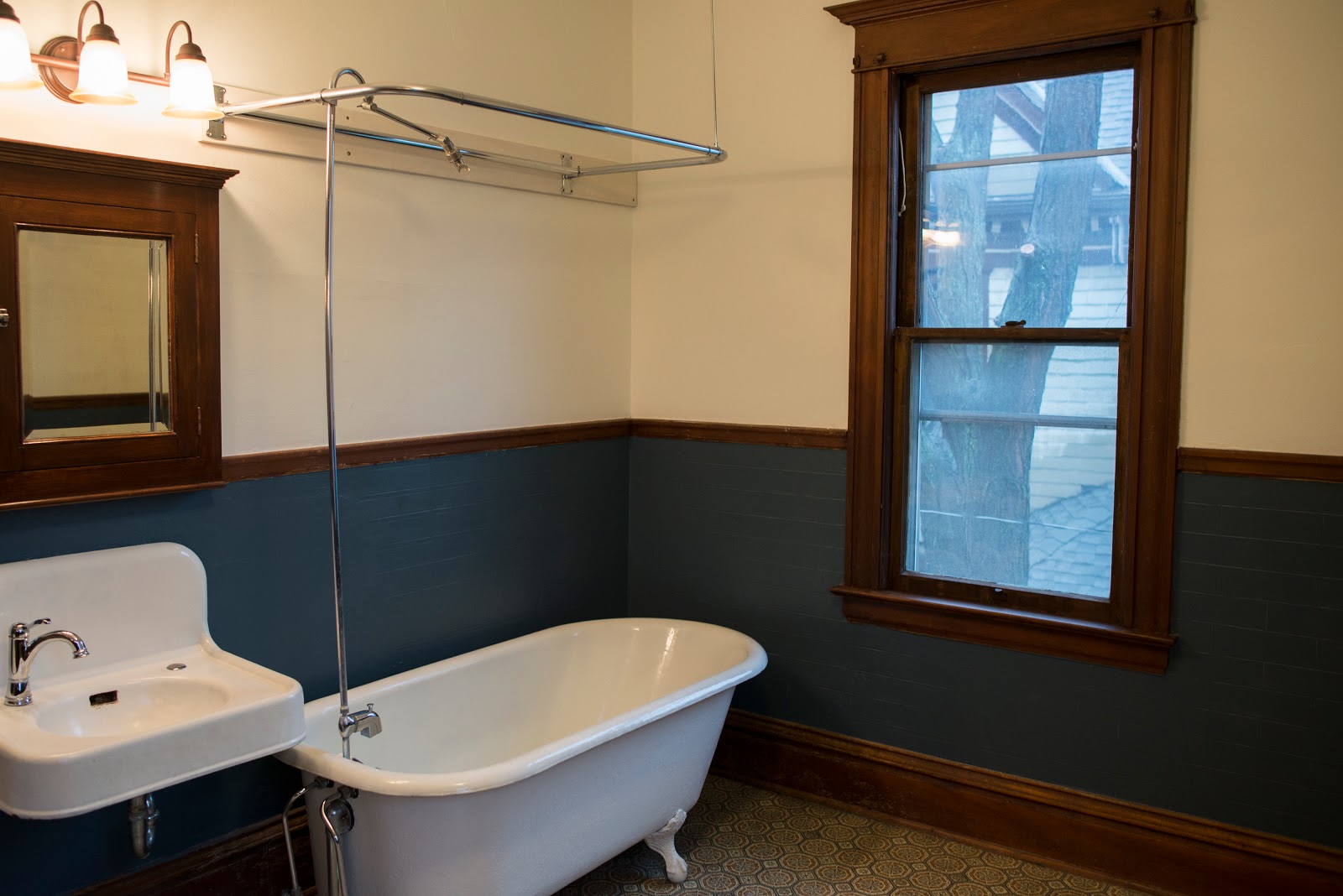 We checked out one last home in north before Meadow woke up. Another home that was recently put on the market. This was a Victorian that was owned by the people next door. They had been renting it out since the 80's. 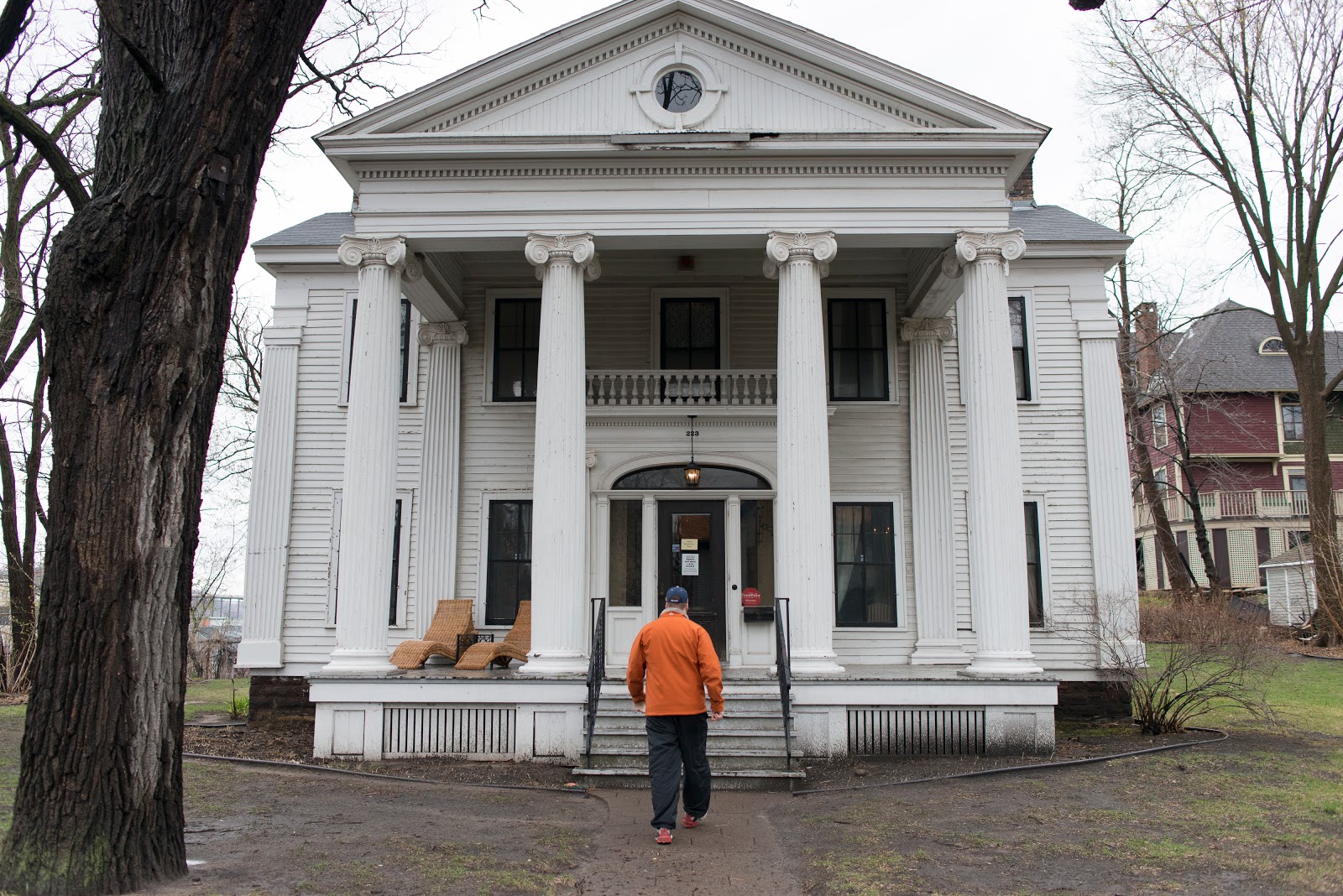 After picking up Meadow we headed over to St. Paul near Irvine Park. We both really wanted to see this house. It's one of the oldest homes in the Twin Cities that's still in its original location. The previous owners had lived there for 100 years and updated the home in the early 1900's. The current owners were restoring everything in the house. This one was really cool to see. You can learn more about their house and watch them uncover history on their blog. 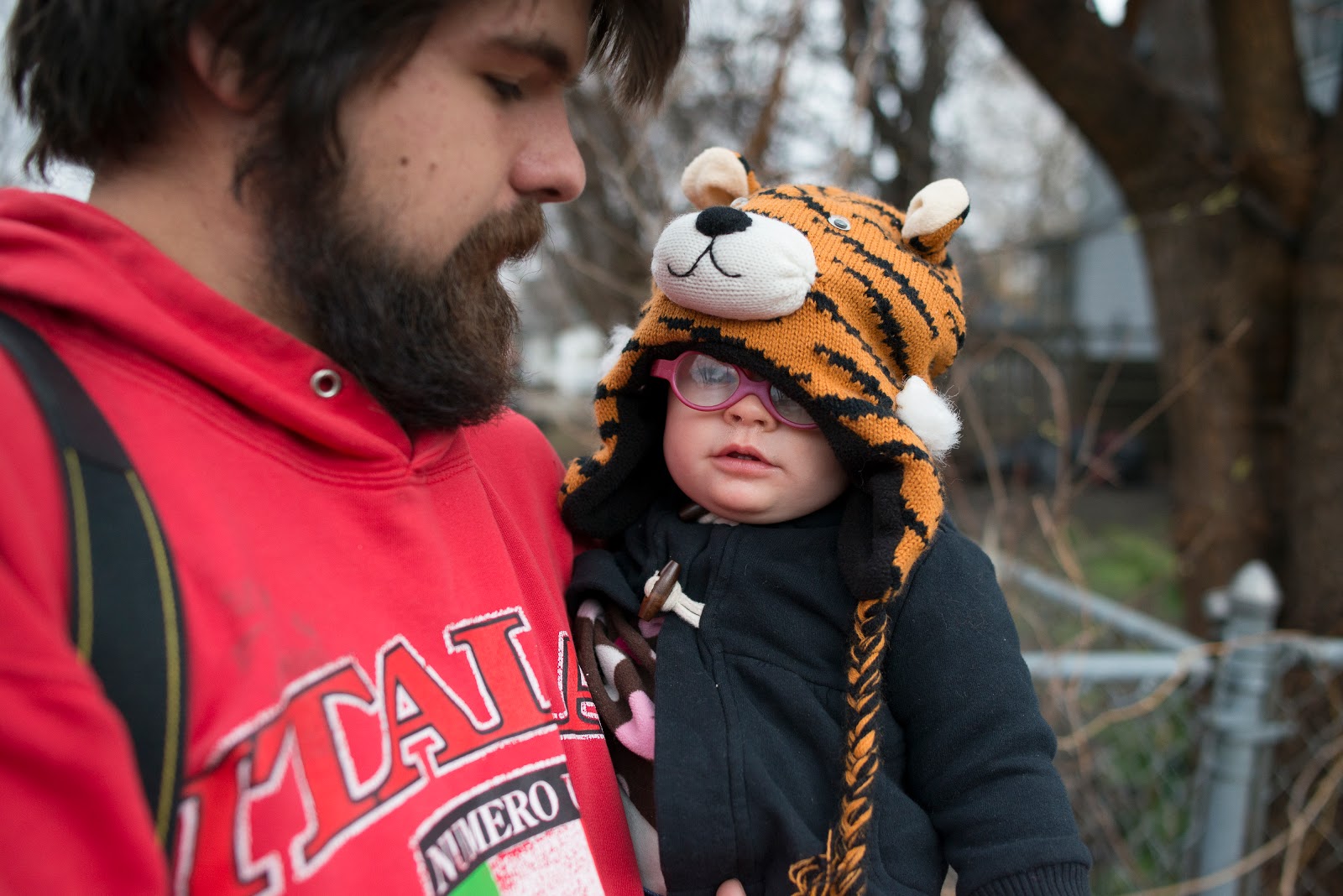 The next home seemed promising. 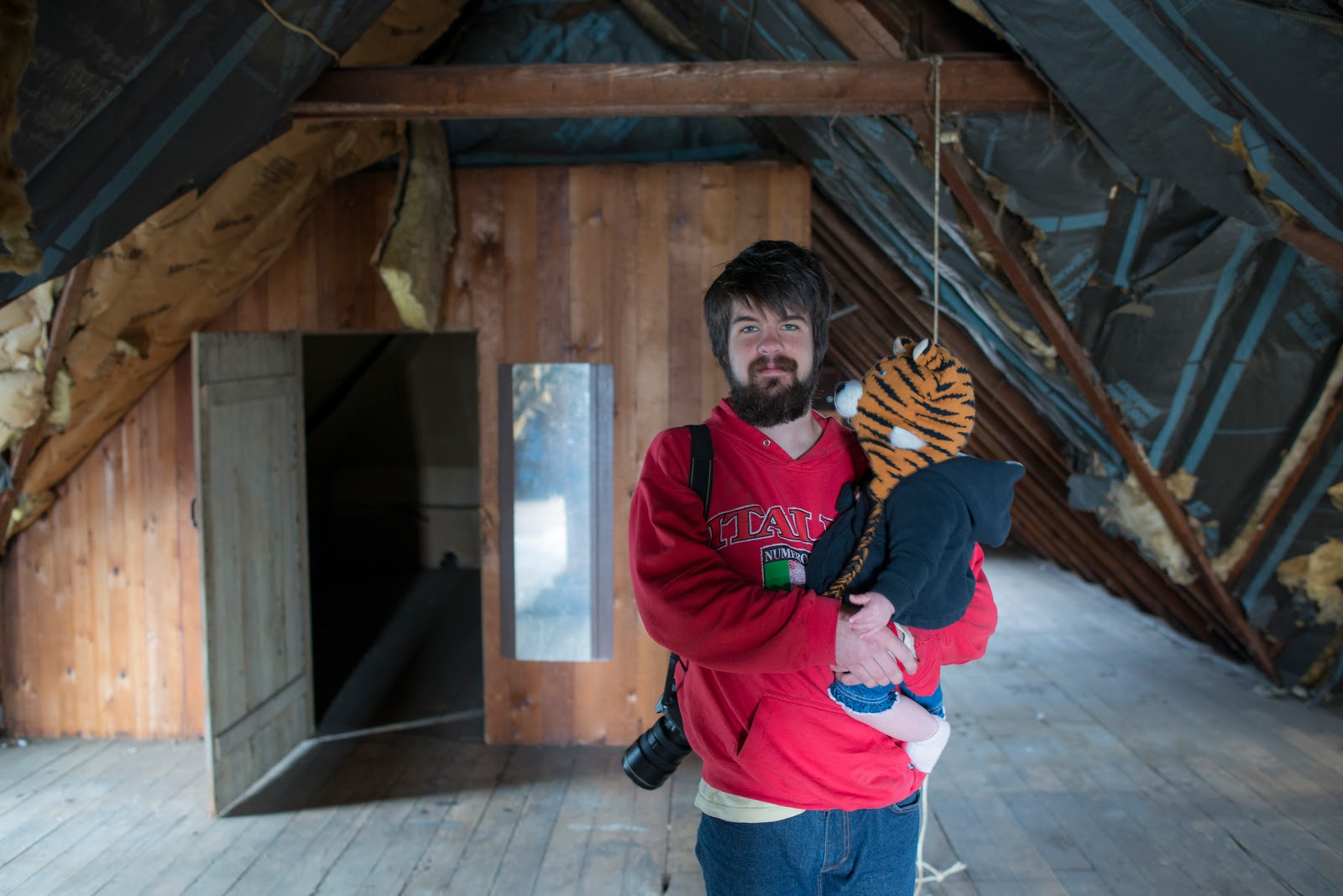 The owners had bought an old victorian and have plans to turn it back into a single family home. The previous tenants were very dirty. The smell of the home was getting to me. They told us to check out the studio on the third floor. I couldn't even imagine anyone actually living up here. I hope they really turn this place around.

We viewed a couple more in St. Paul. Two were disappointing as they were only showing off their newly remodeled kitchens. I've come to the conclusion that the homes in North Minneapolis are more worthwhile to see. They are usually homes renovated or still have original qualities to them. It seems that other parts of city are just people showing off their wealth with their over the top remodels. 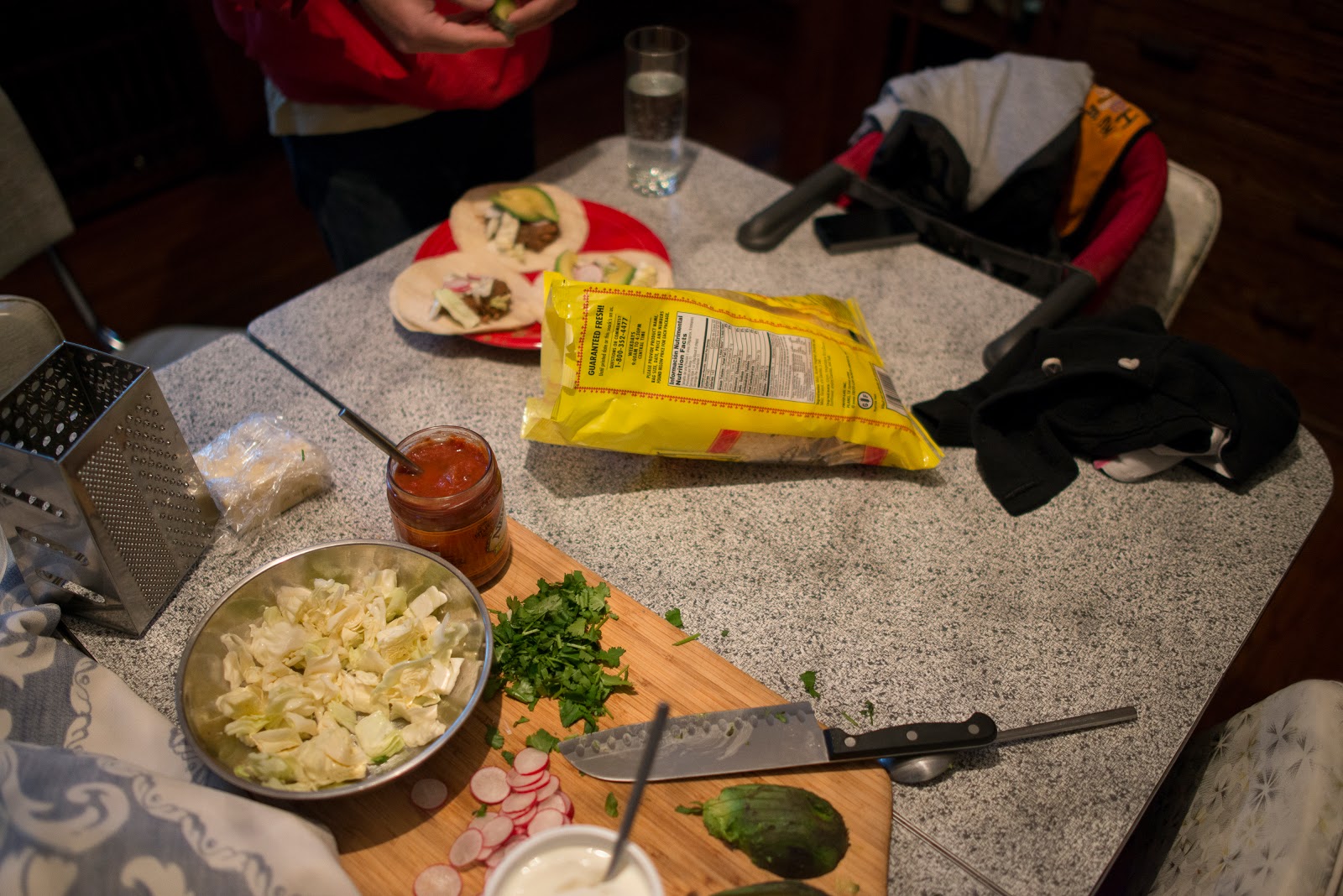 Scott had dinner ready for us when we got back home. 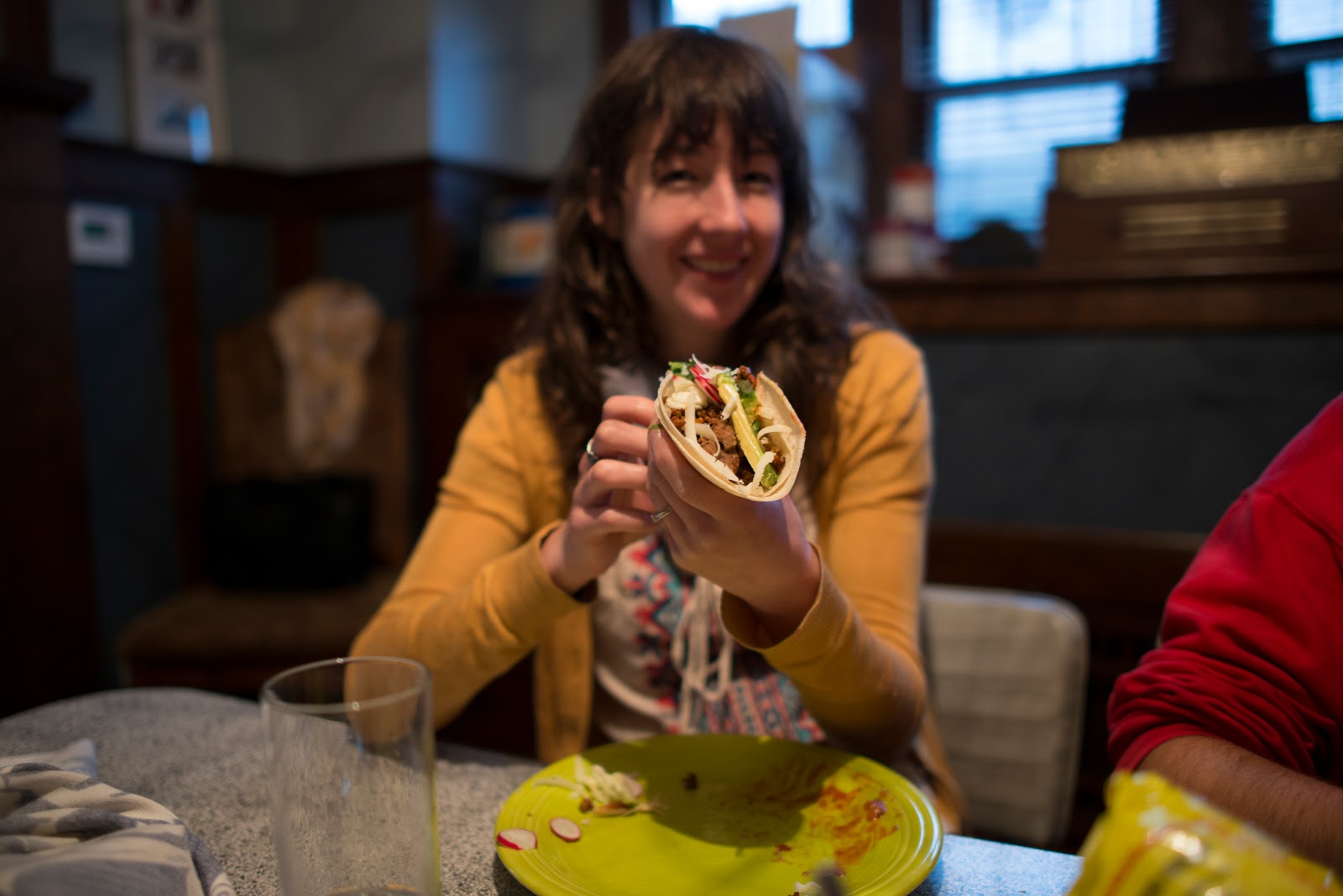 I made avocado tacos for dinner. 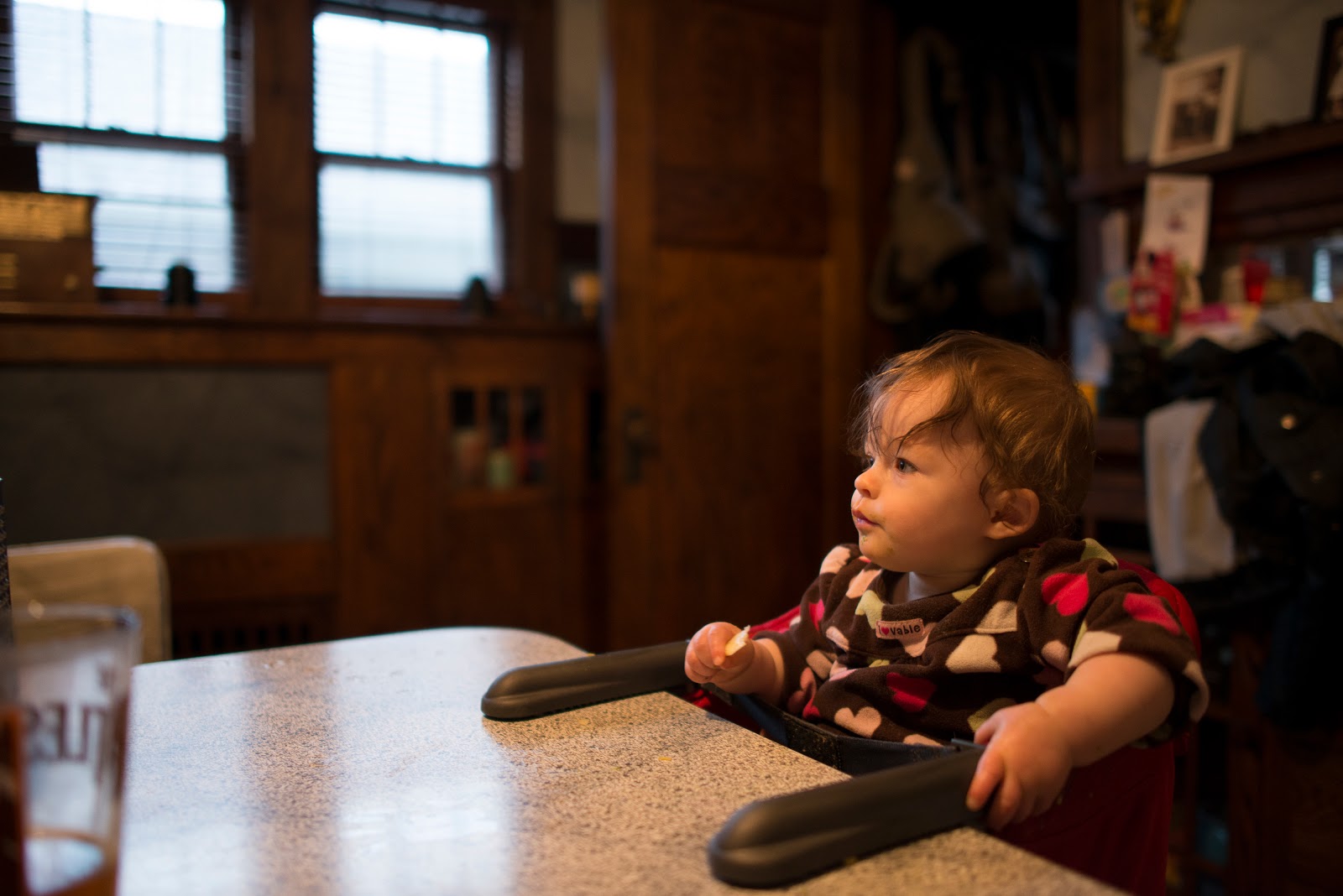 After dinner Blake was happy to get back to his own home. 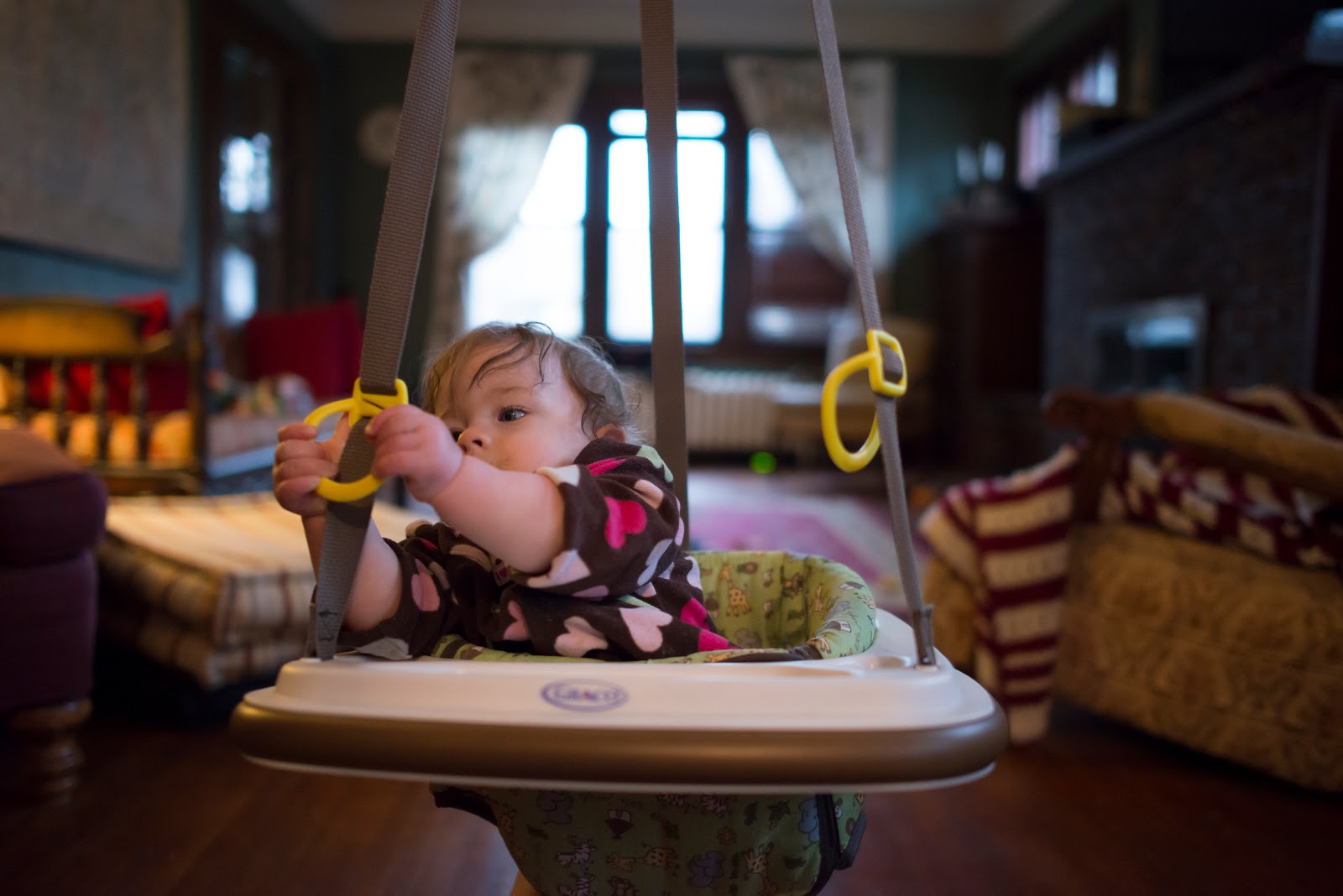 Meadow was bored without her uncle Blake.