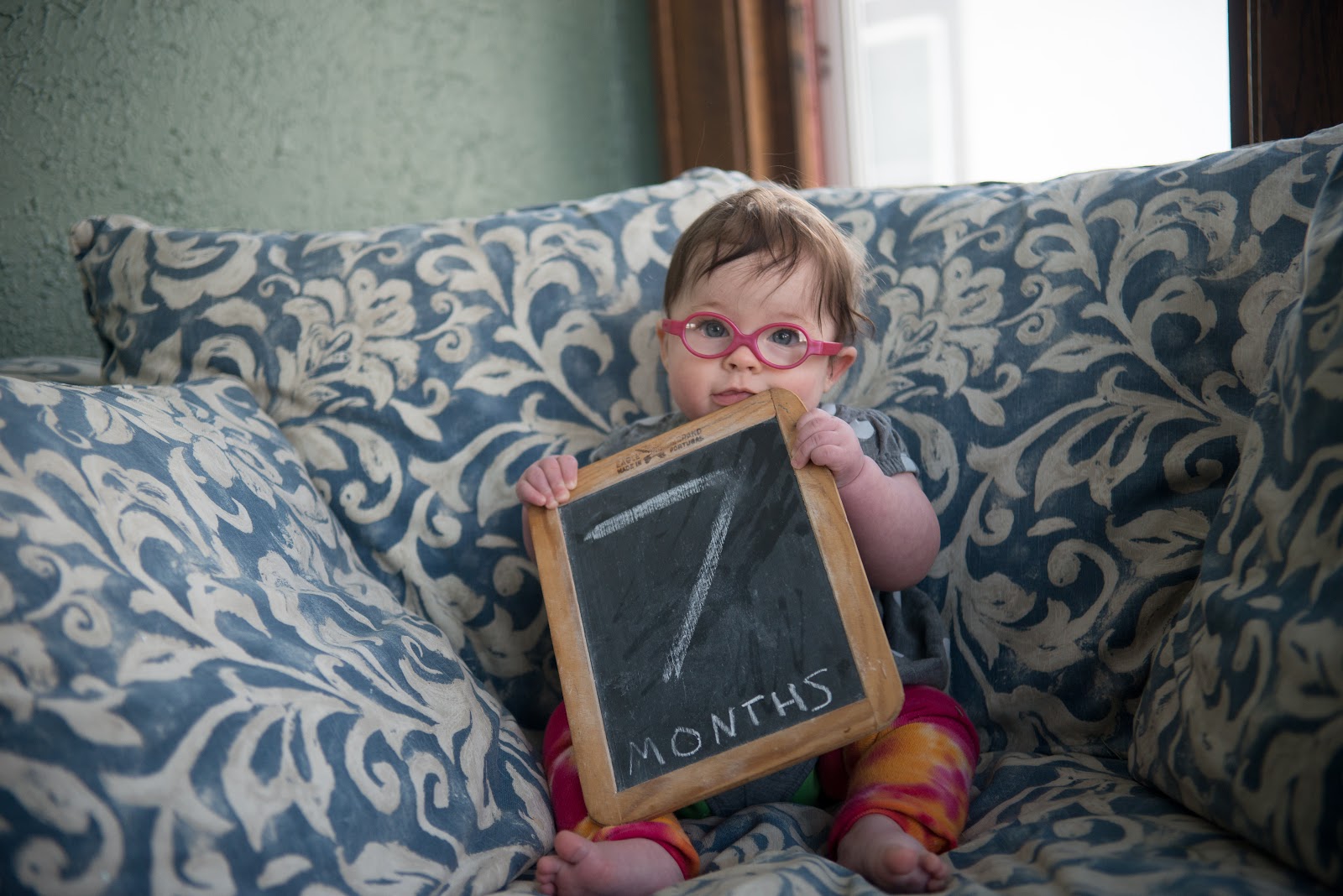 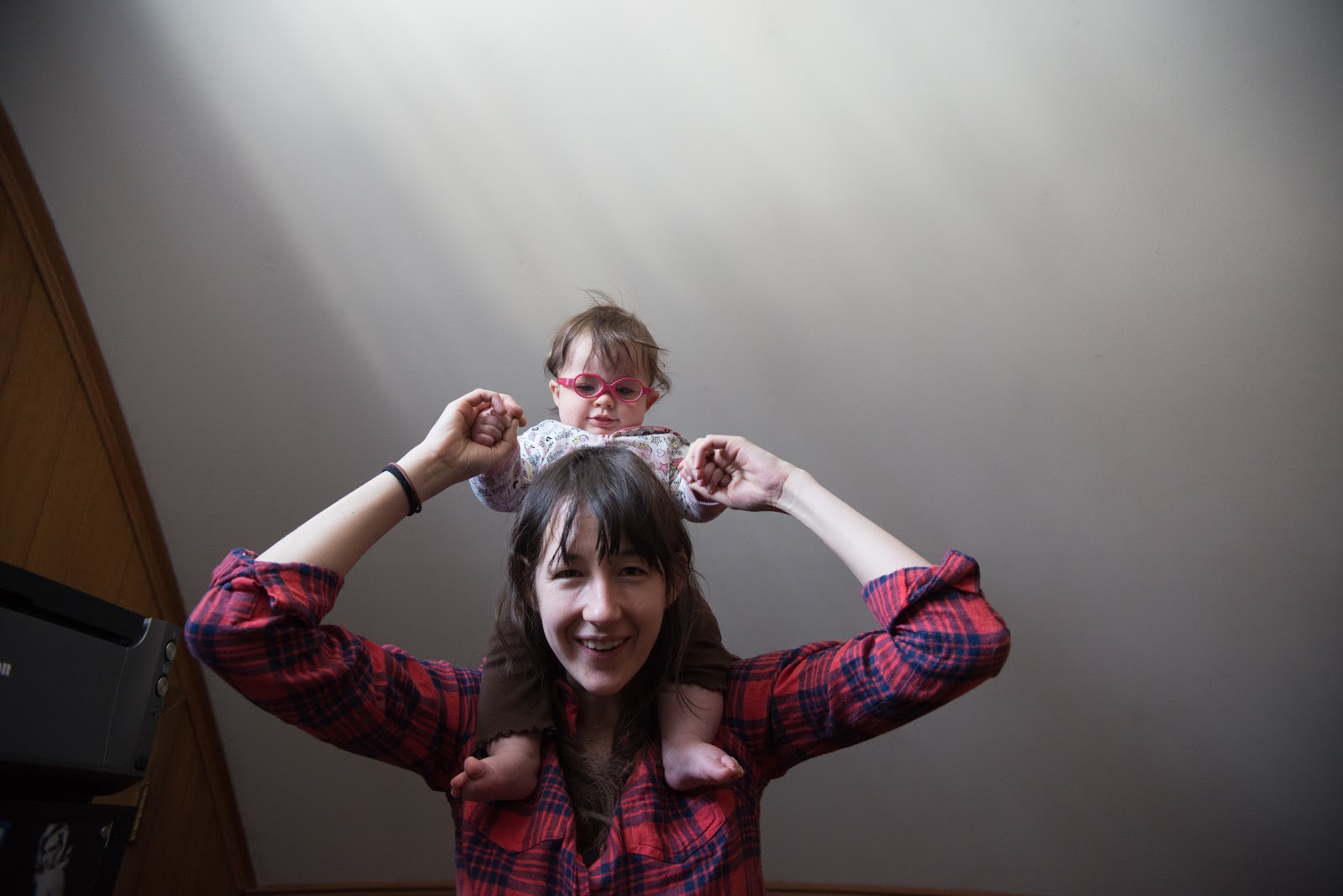 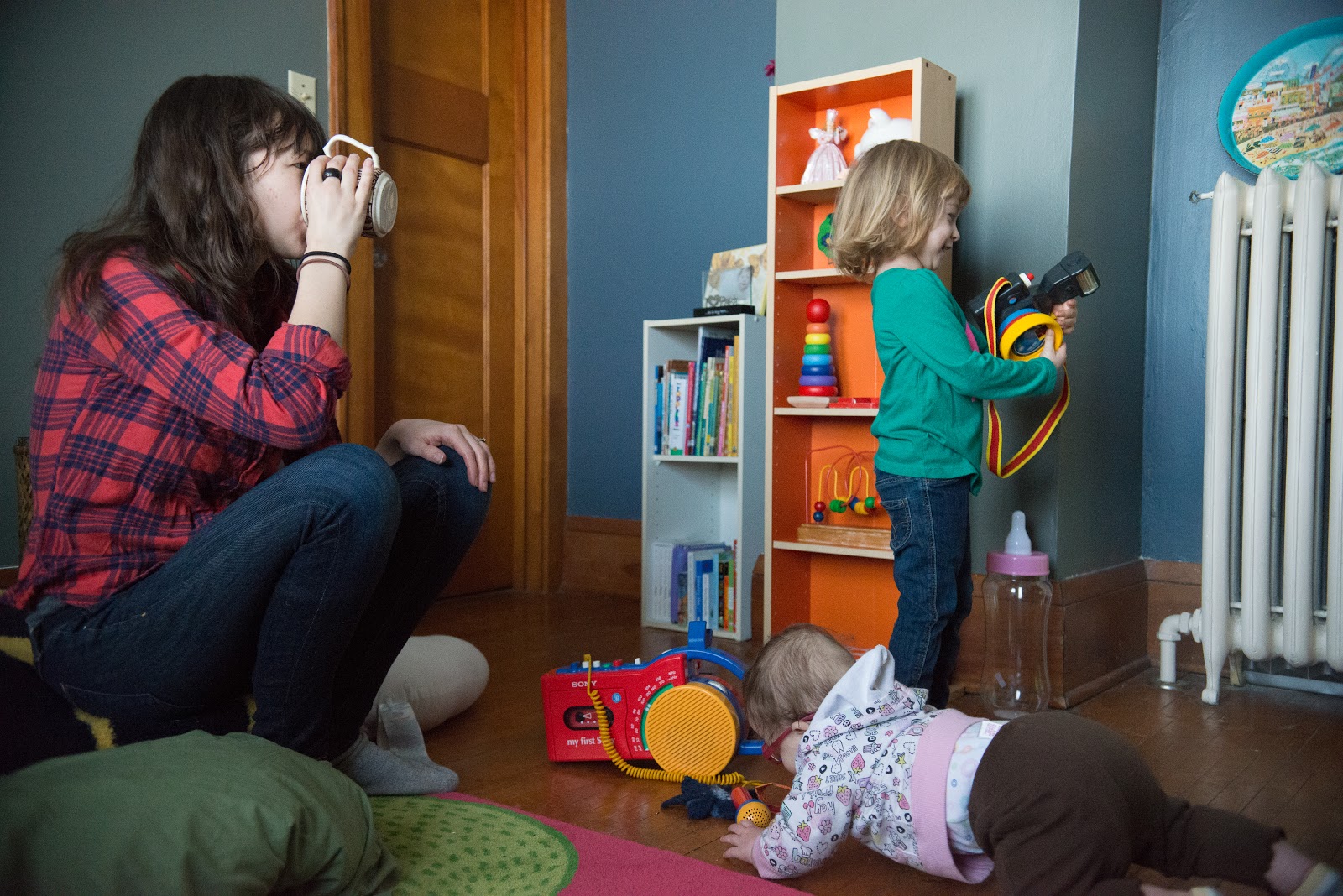 She has learned to crawl forward. 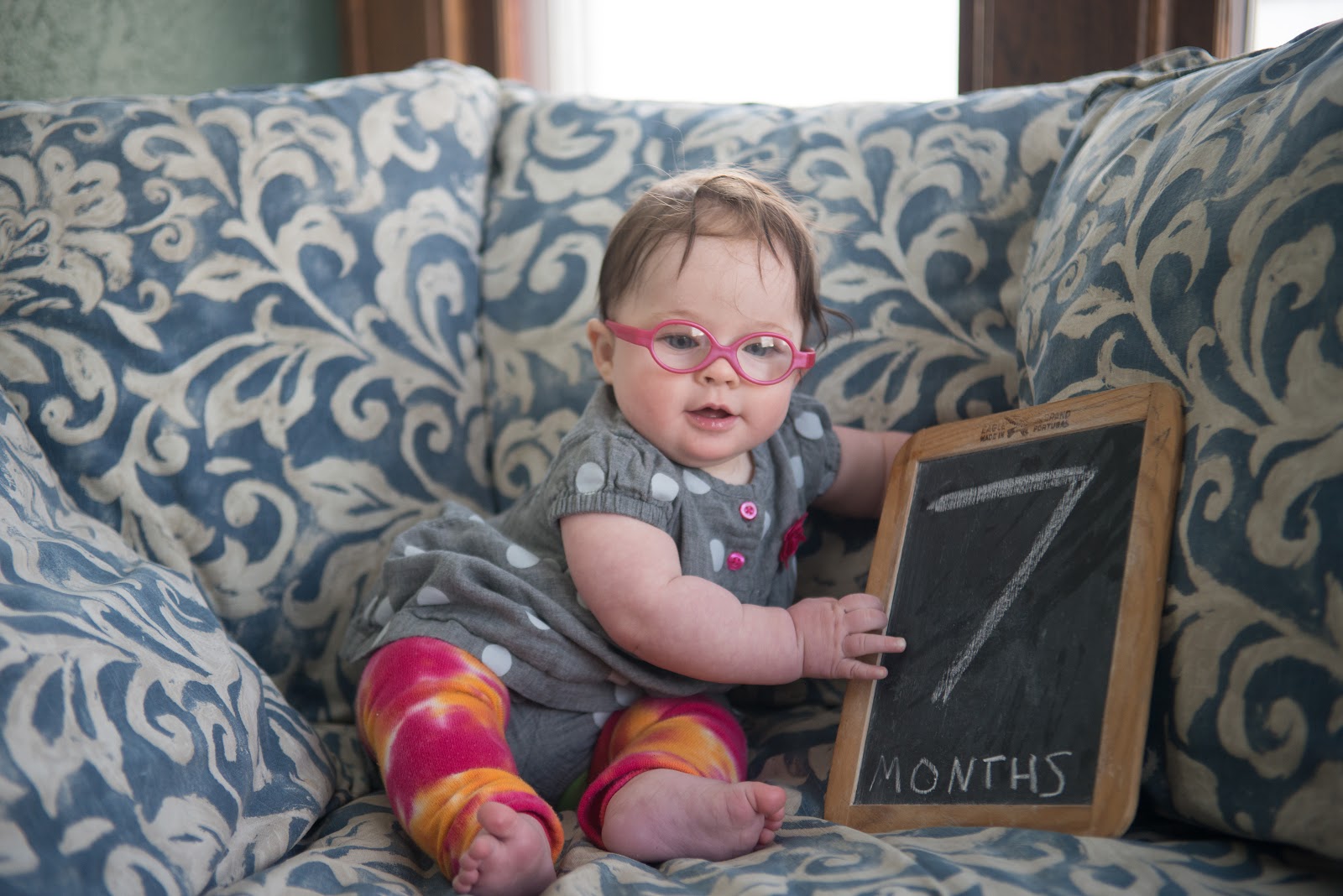 Now she's working on sitting on her own. 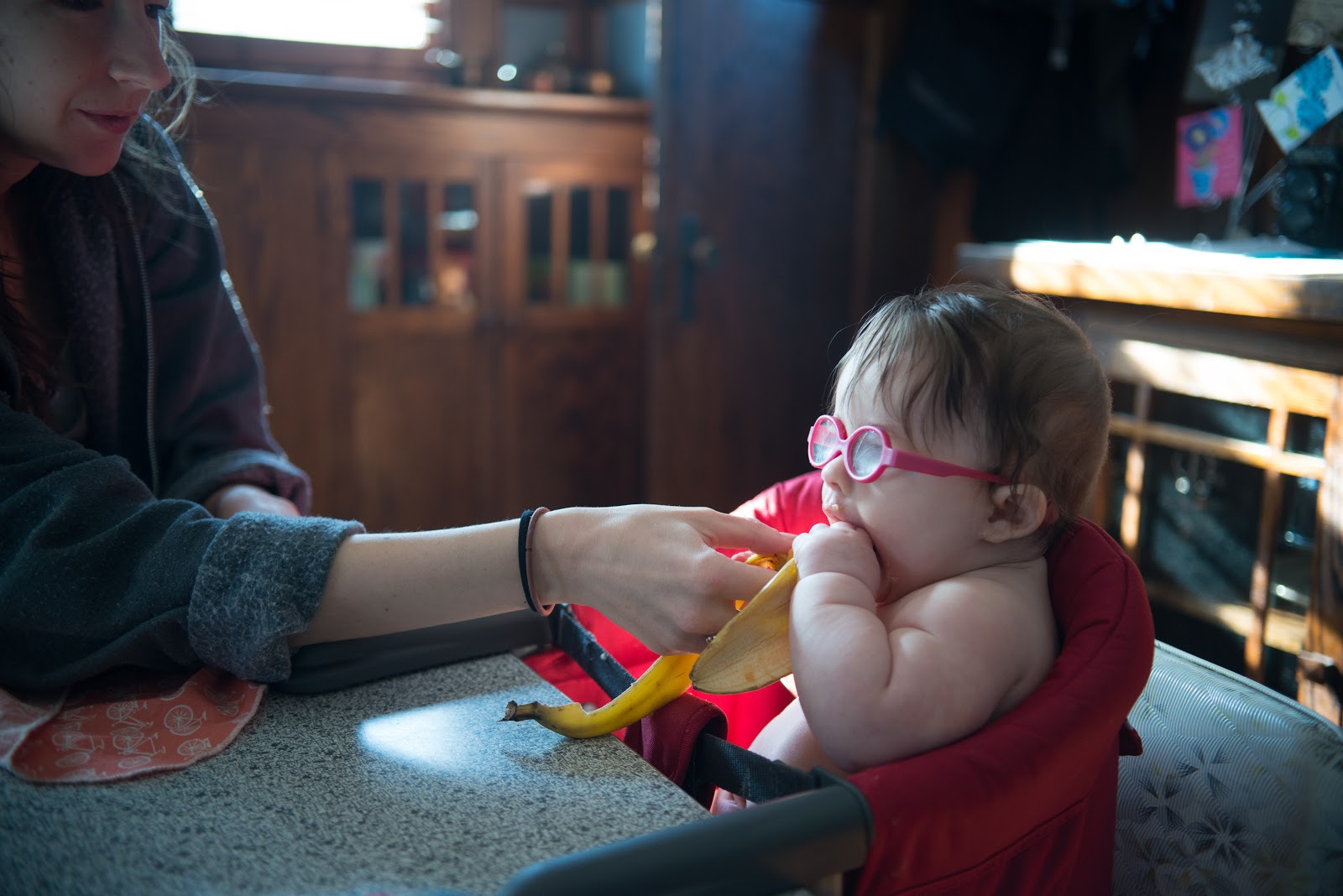 She's started solids. So far she's eaten apples, pears, avocado, sweet potatoes and bananas. So far I think avocados are her favorite. If she eats the baby slop we put the food on her spoon and she will feed herself. Next month we will work on her scooping the food herself. 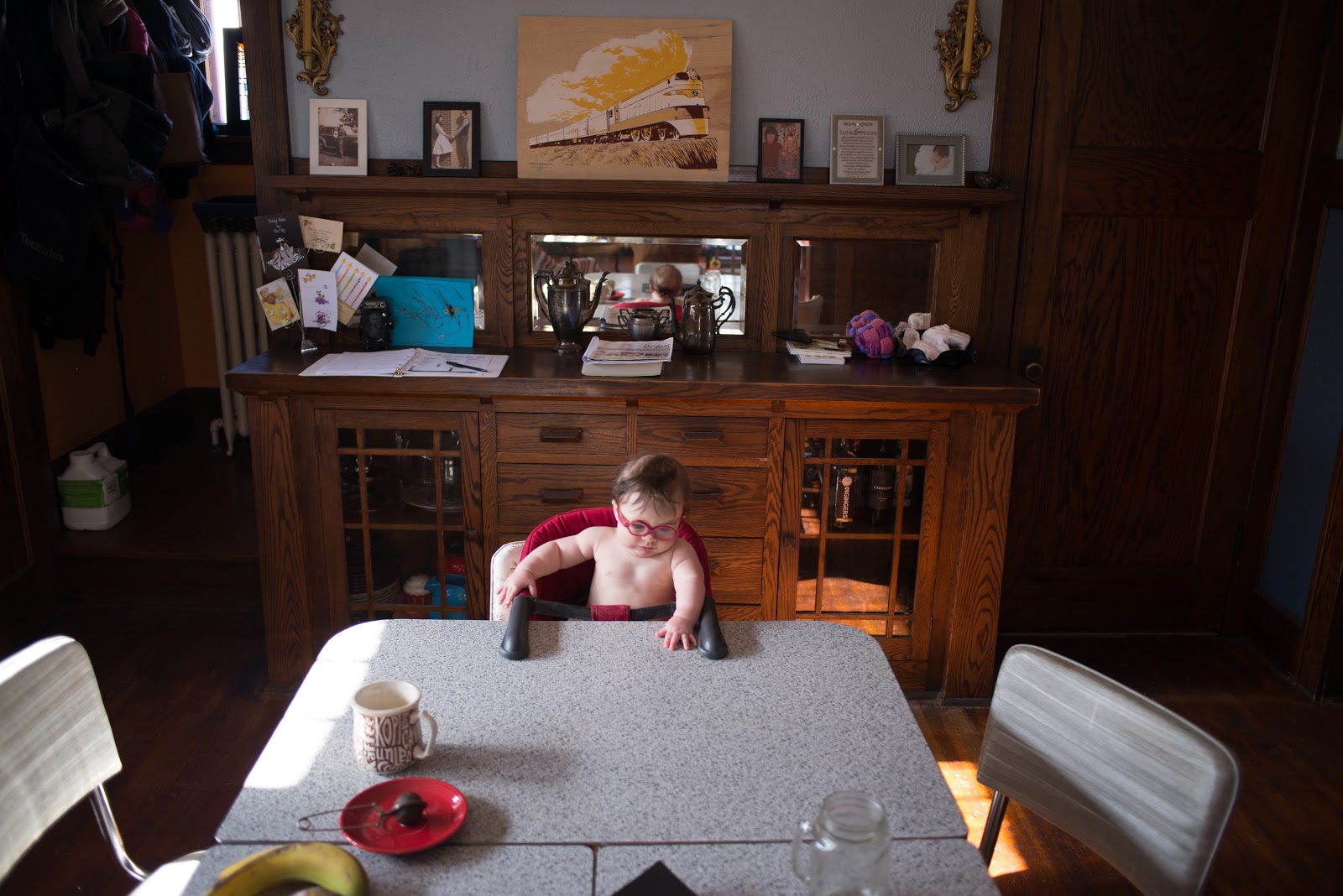 She's working on drinking from a glass and does pretty well. 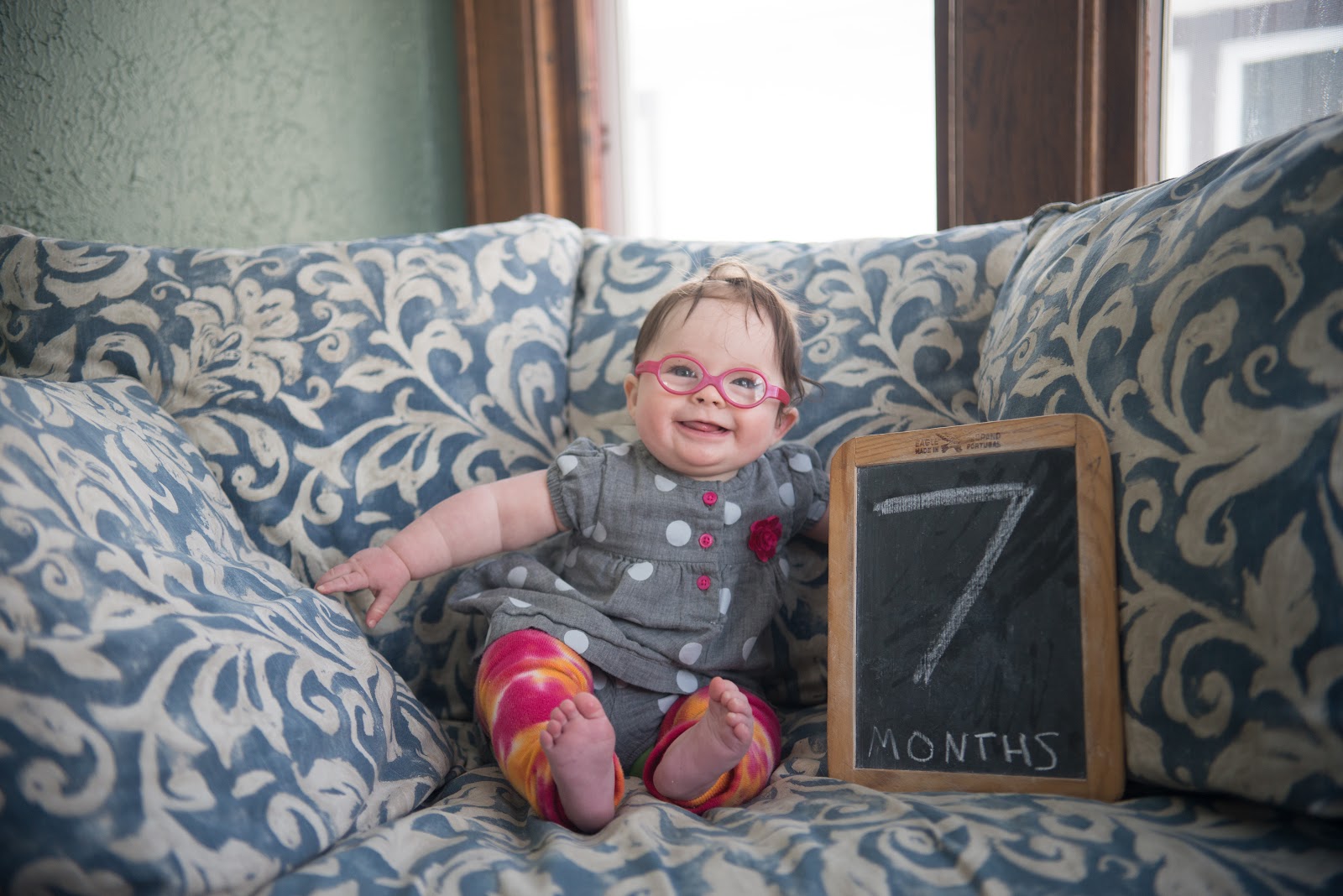 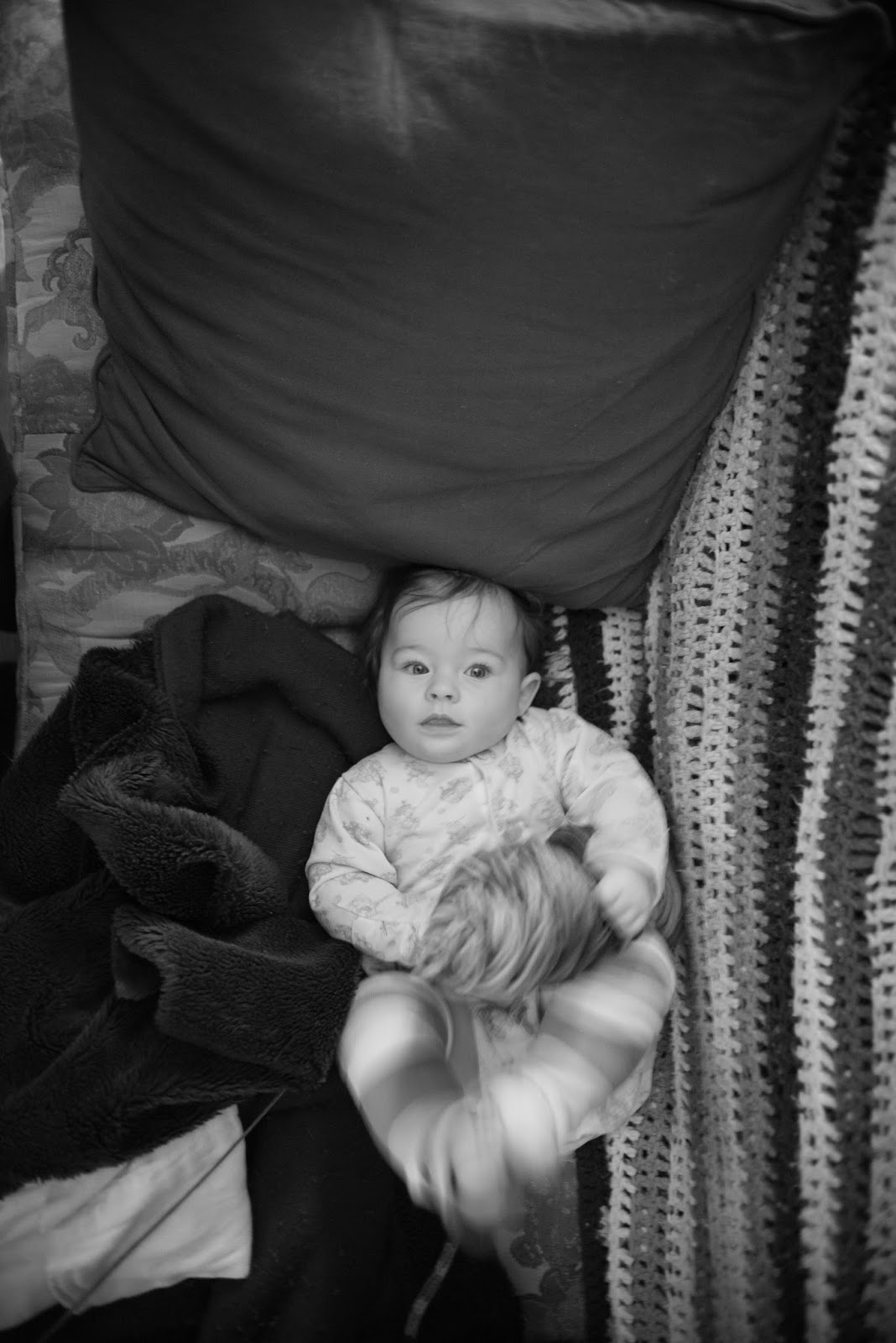 She's on a more predictable sleep schedule. She goes to bed between 9-10. Wakes up around midnight and four. Wakes up for the day around 9. Takes her two naps around noon and four. 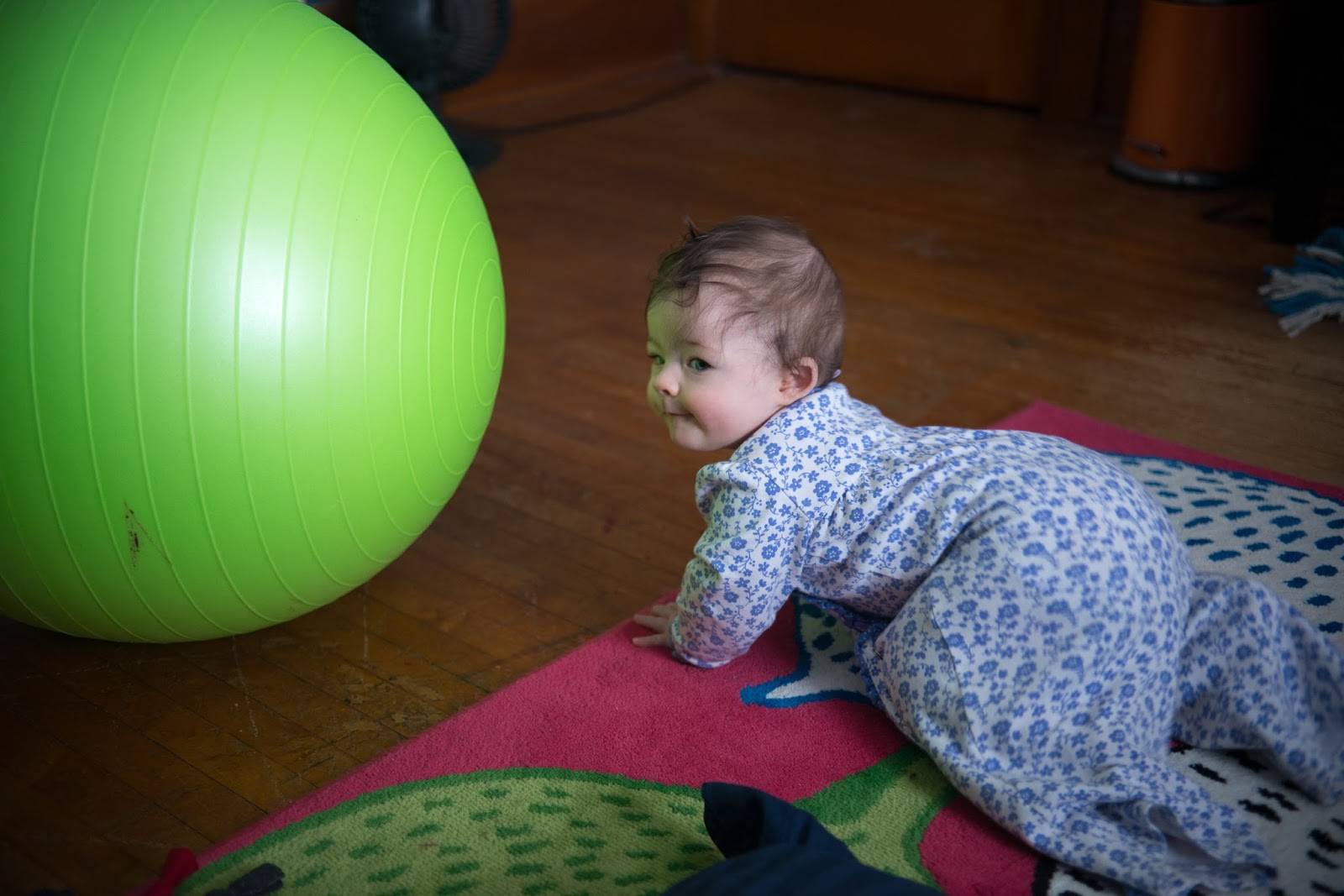 Her hair is starting to finally grow back on her bald spot. 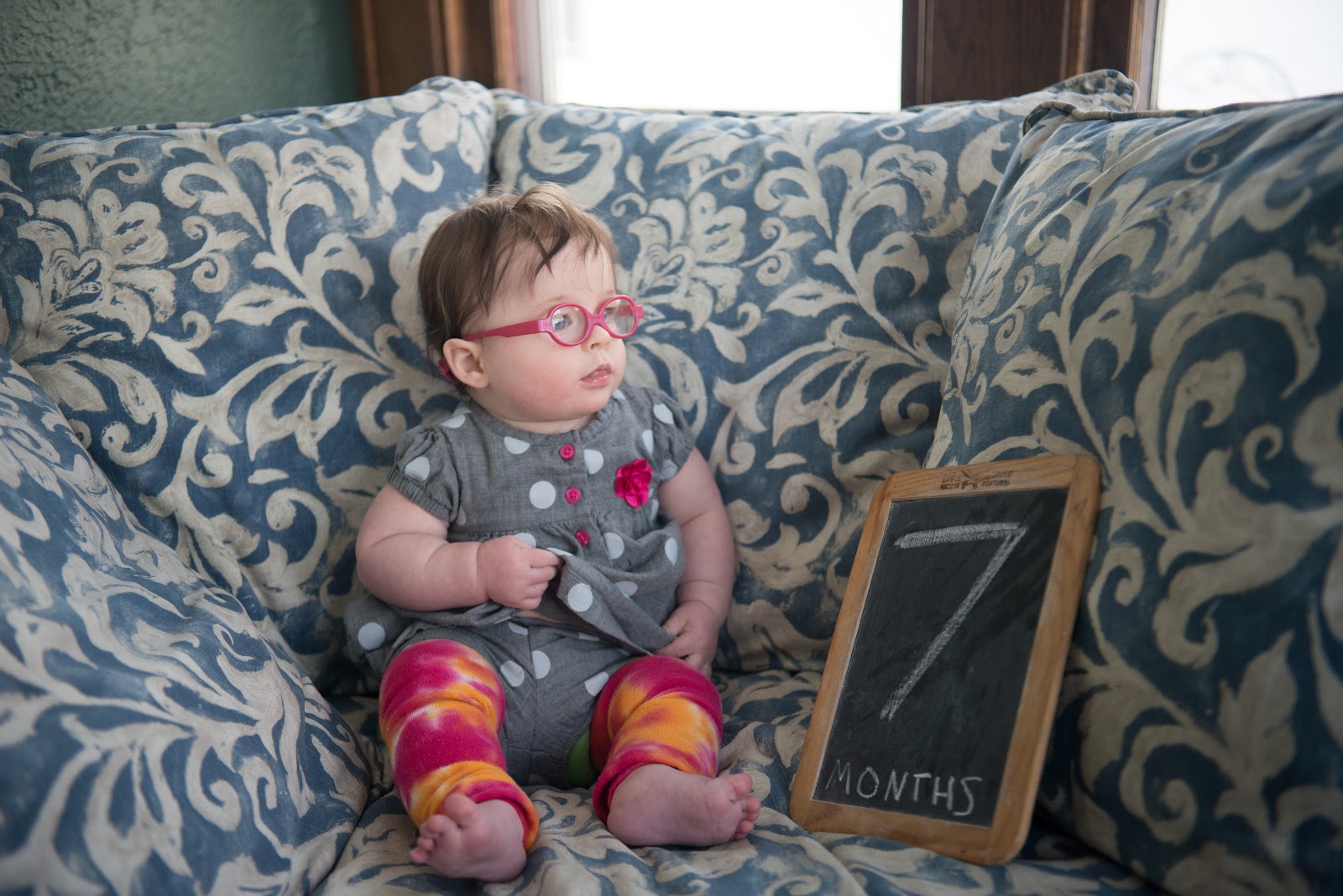 We recently found out she is far sighted and now wears glasses. 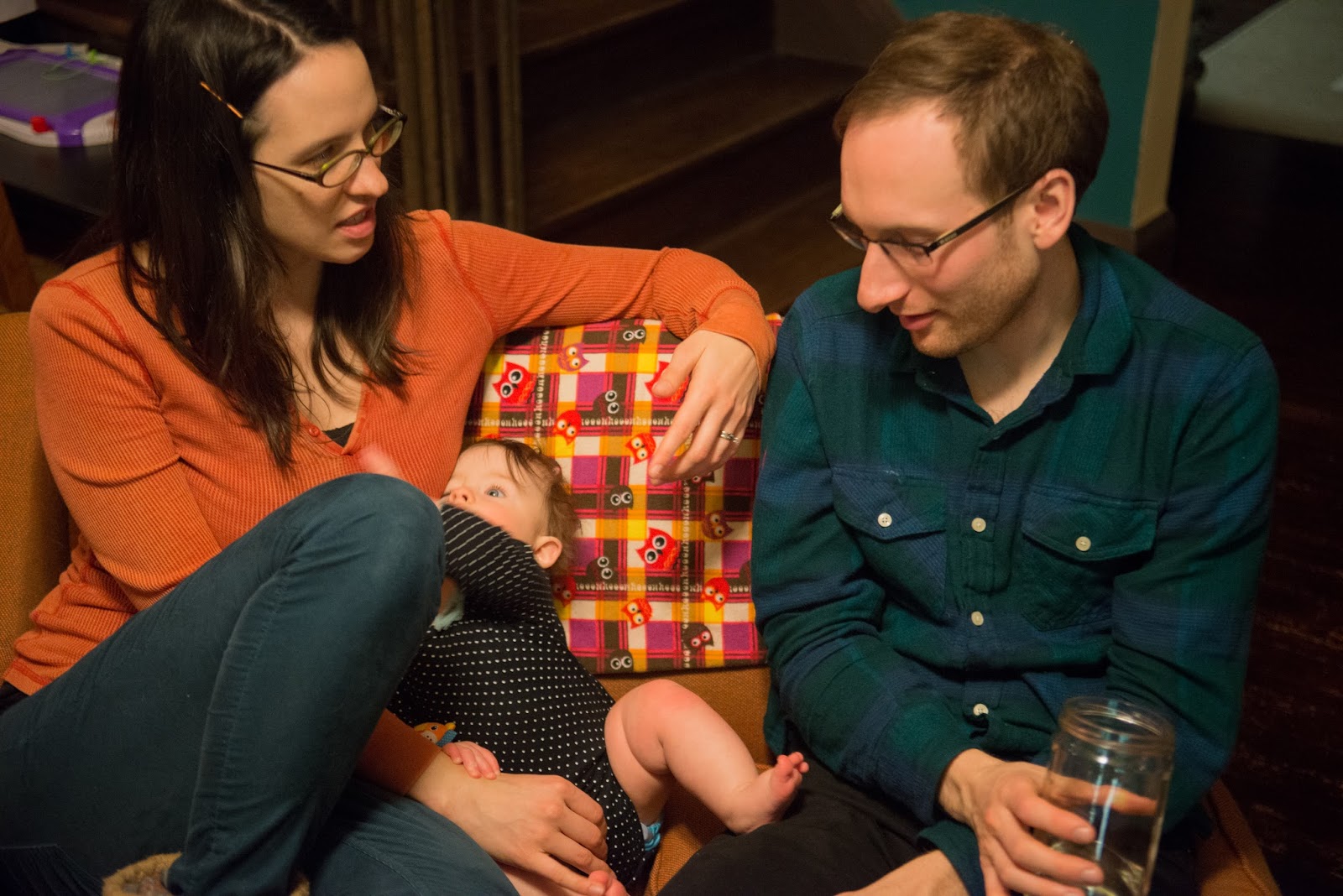 She has to warm up to people first before they can hold her. 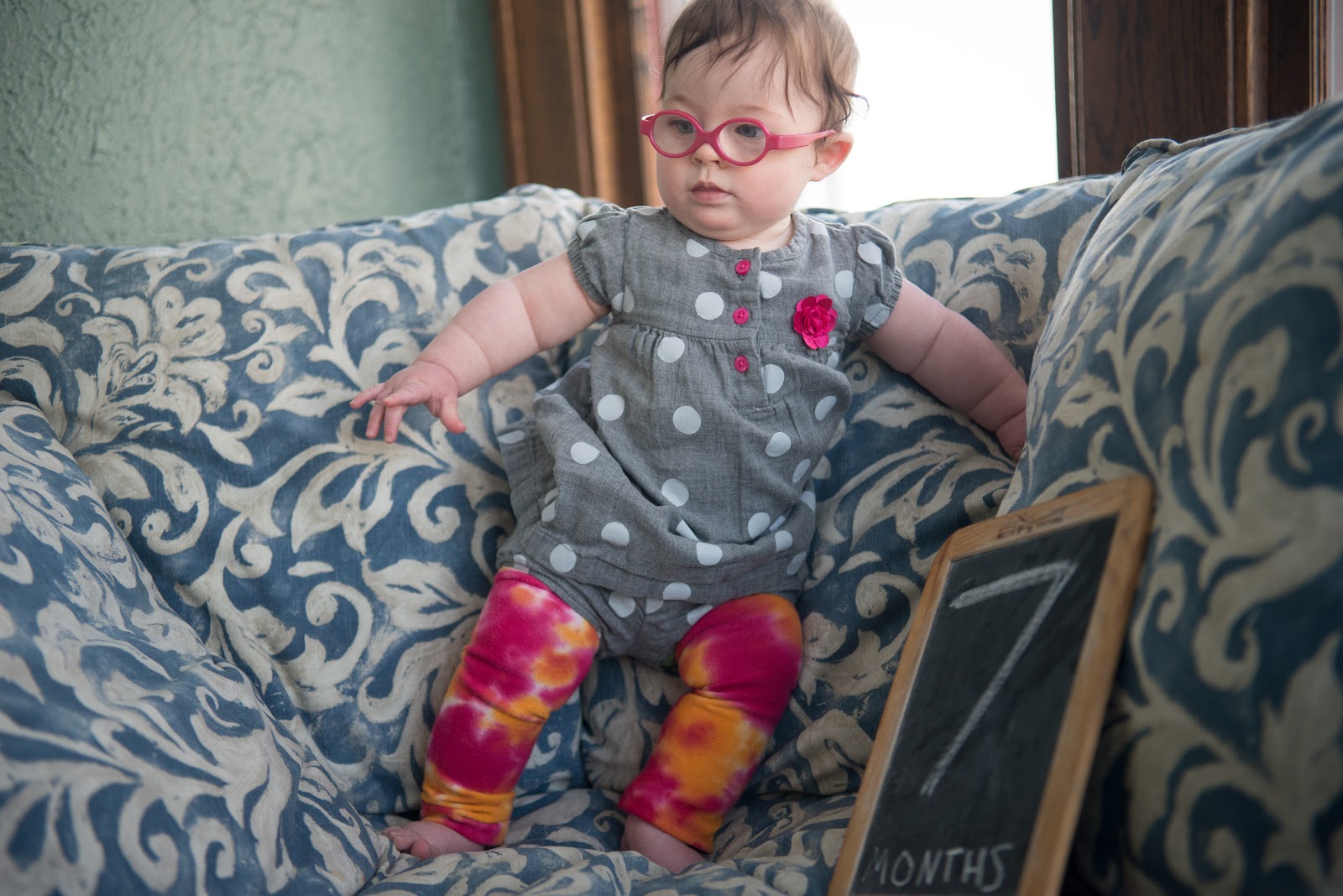 She hates to sit still. Changing her diaper and clothes takes twice as long now. 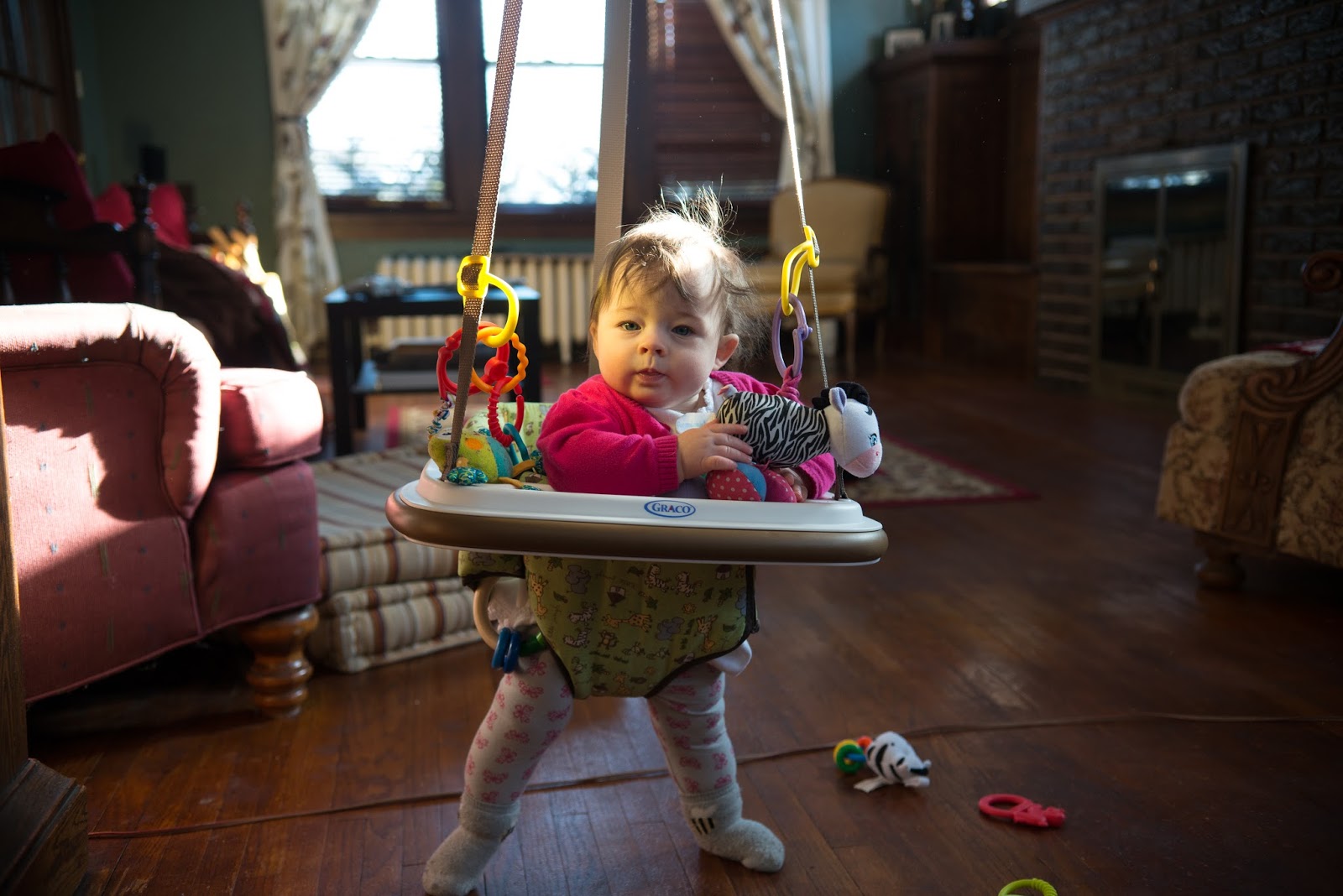 She's figured out how to jump in her jump-a-roo, but doesn't like to be in it more than 5 minutes.

Overall, you could say, she is growing up.