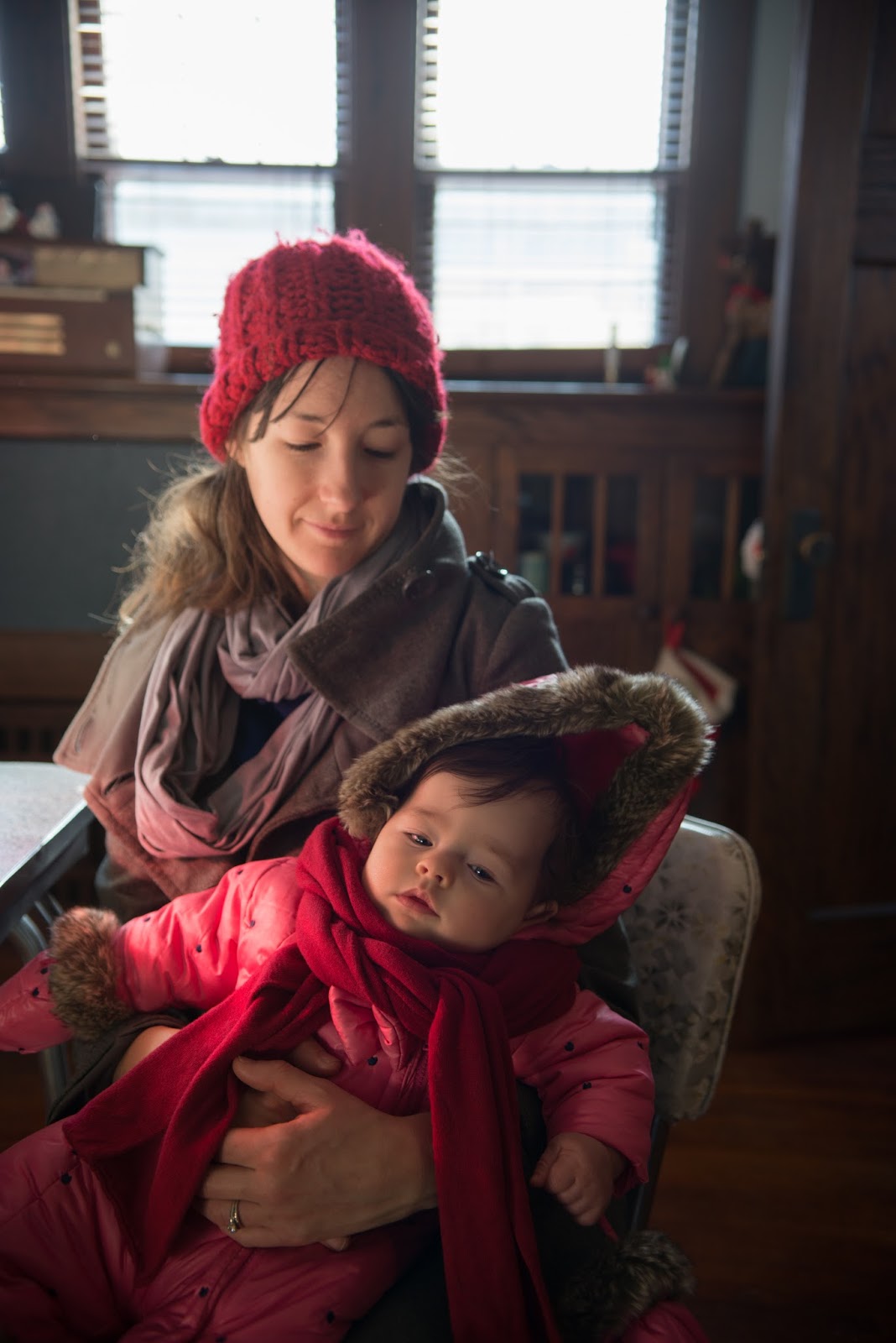 It was finally warm enough today to take Meadow out in her new sled. 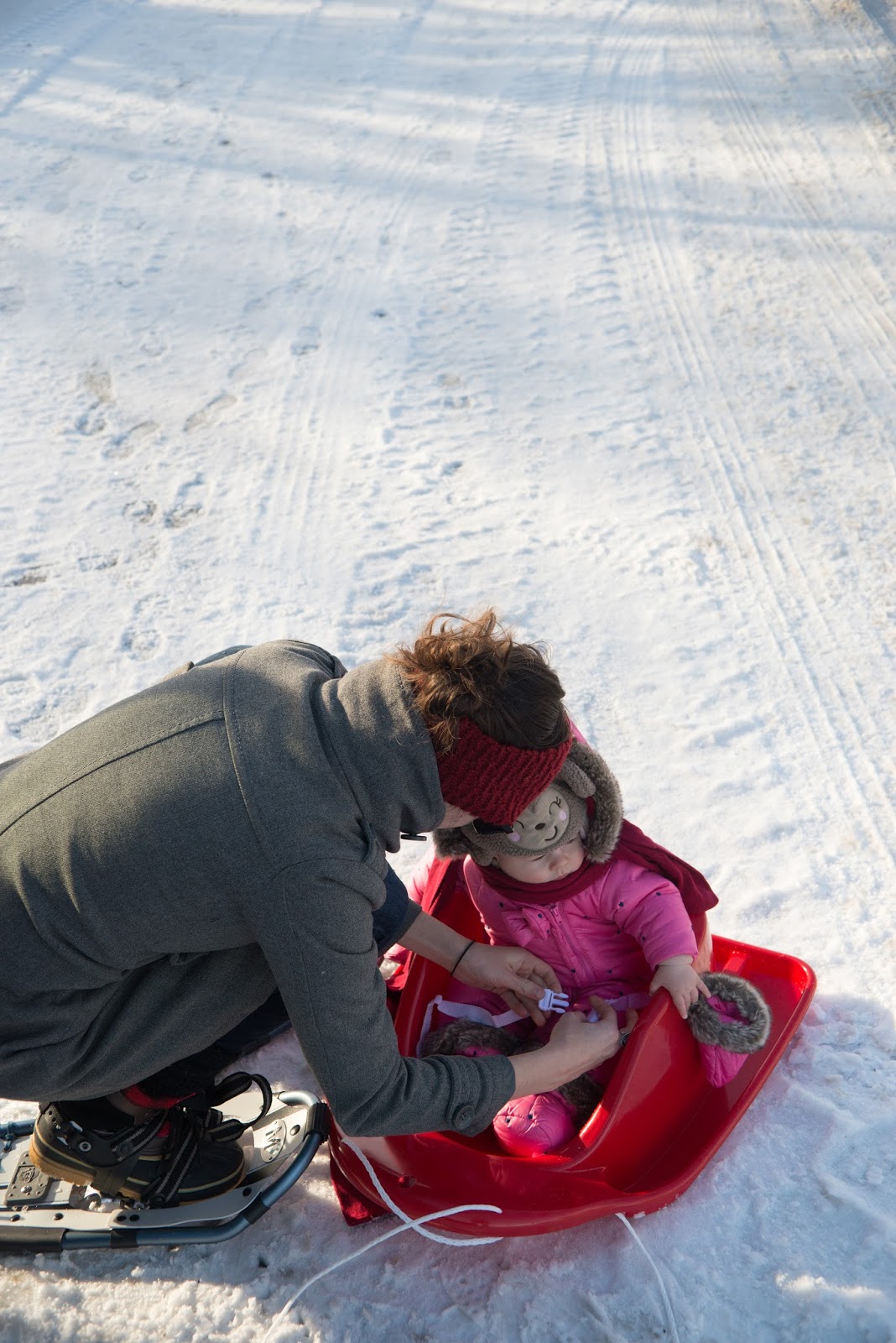 After Scott parked in the library in Brooklyn Center and claimed there was a park behind it, we strapped on our snowshoes and headed towards said park.

She really didn't believe me. I worked a block away for almost two years. 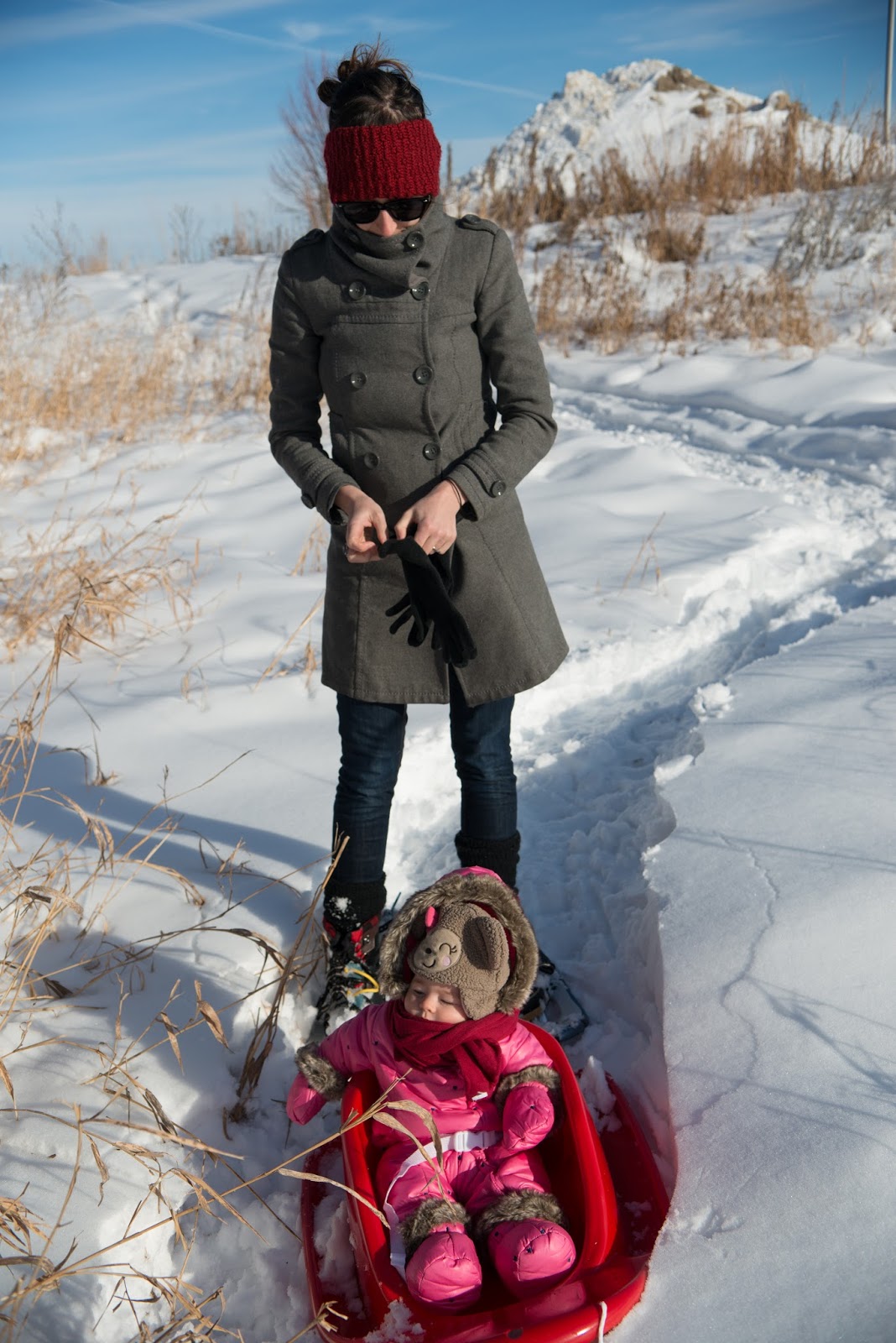 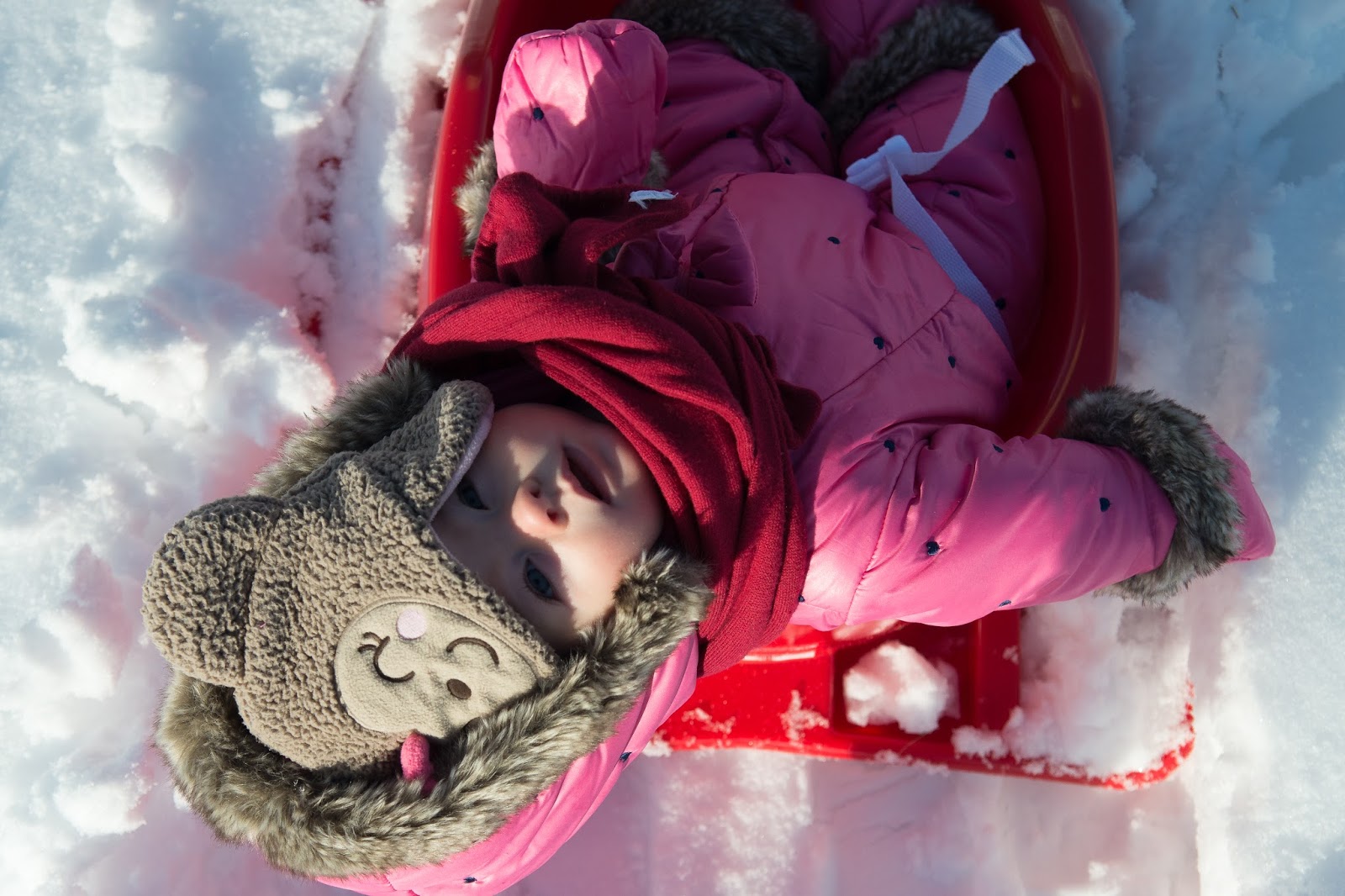 Meadow kept hanging her arm off the side causing her mitten to fall off once in a while.

These mittens are really poorly designed. 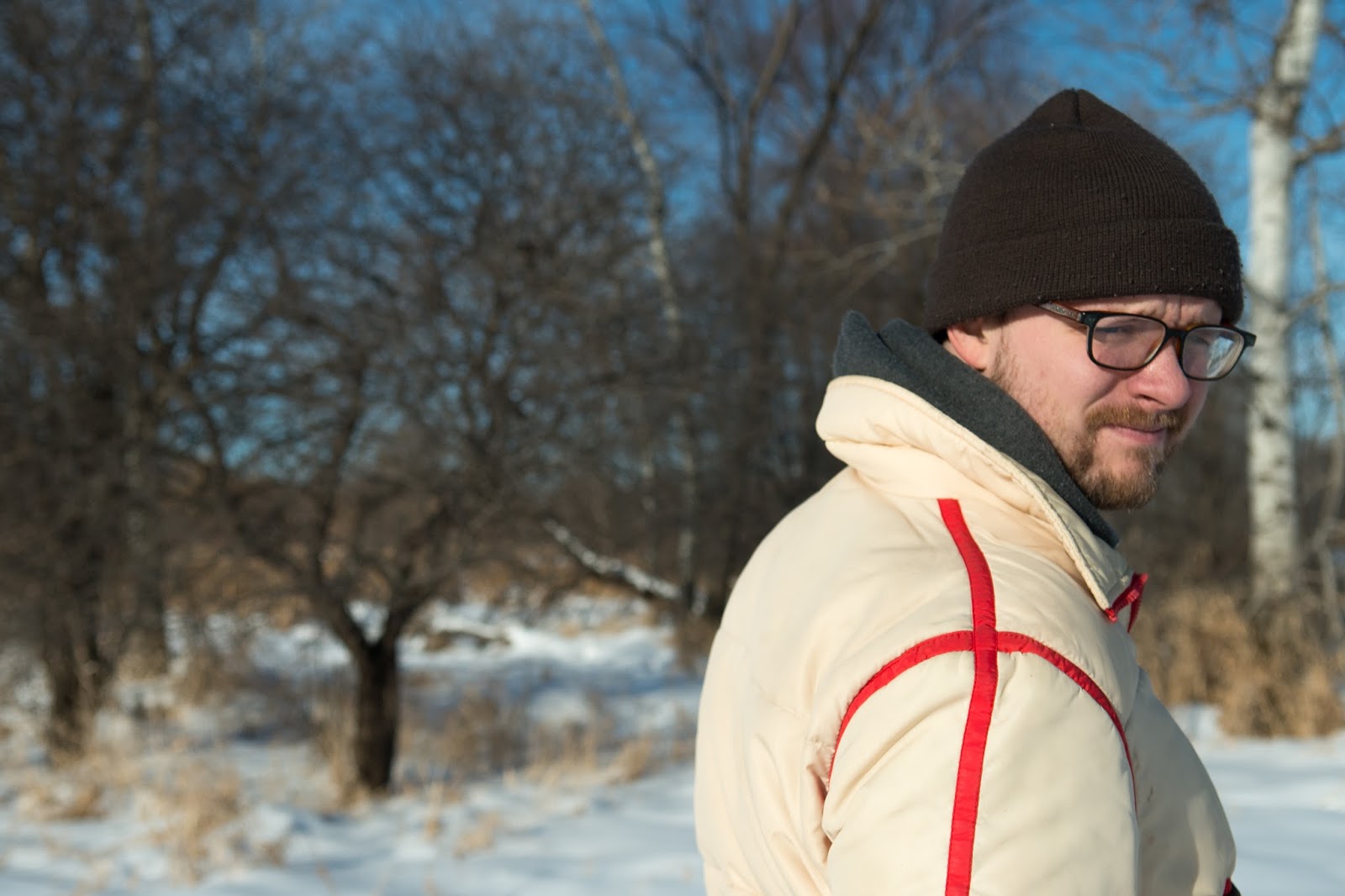 I recently realized that I've been wearing this jacket since I was 19. Next winter will be its tenth anniversary, though the coat is from the 70s. 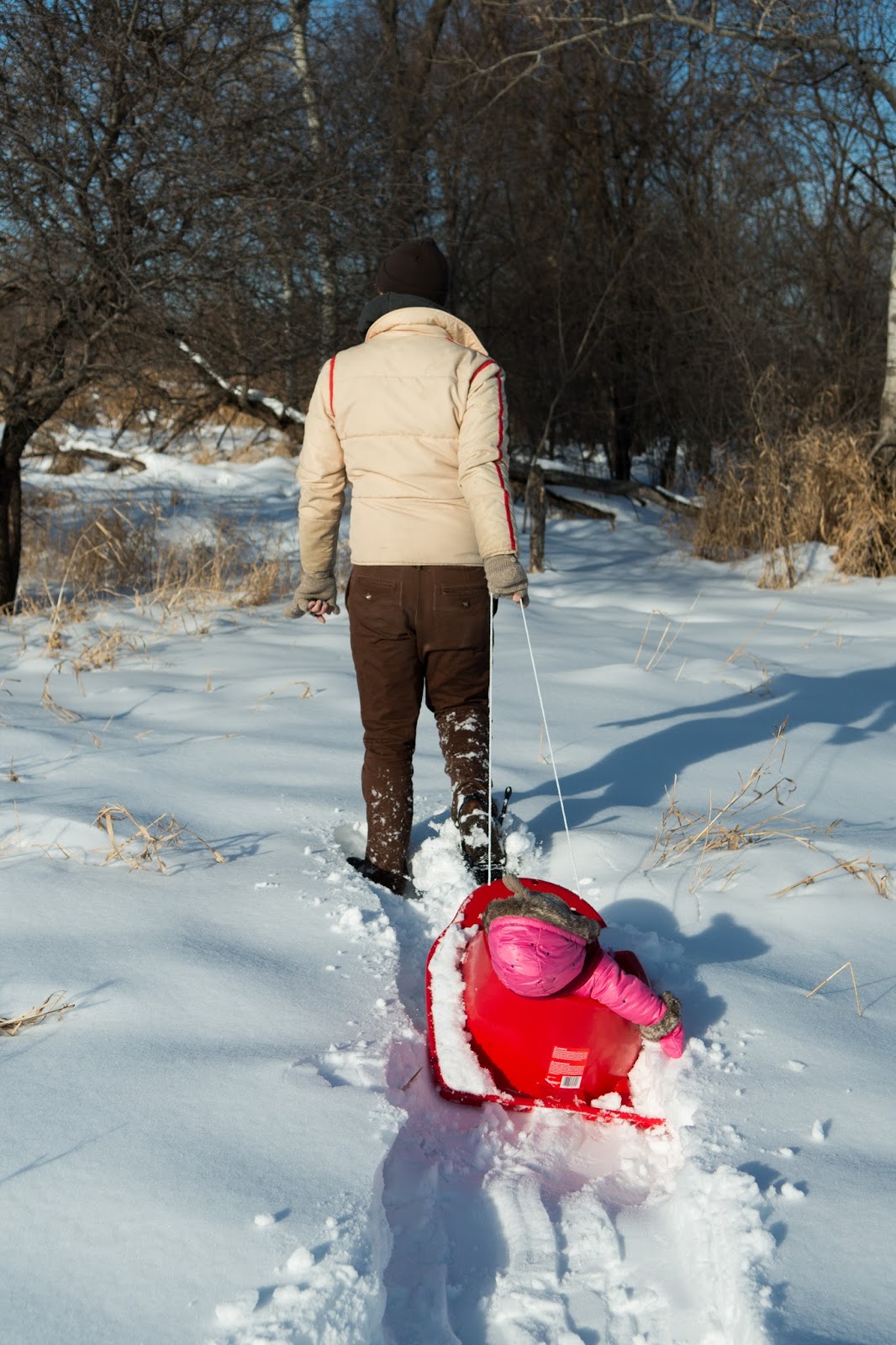 We took turns pulling Meadow though the field. 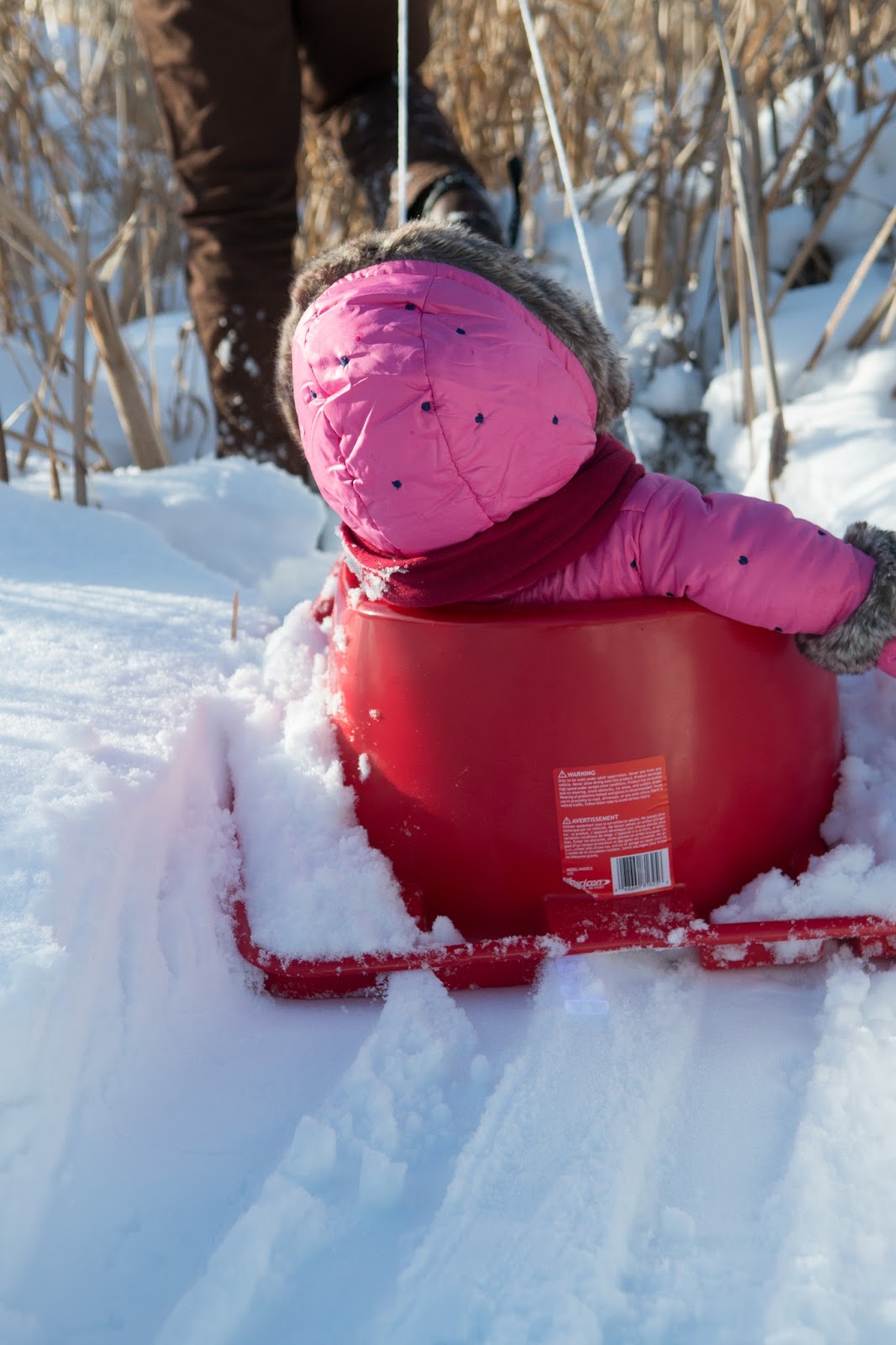 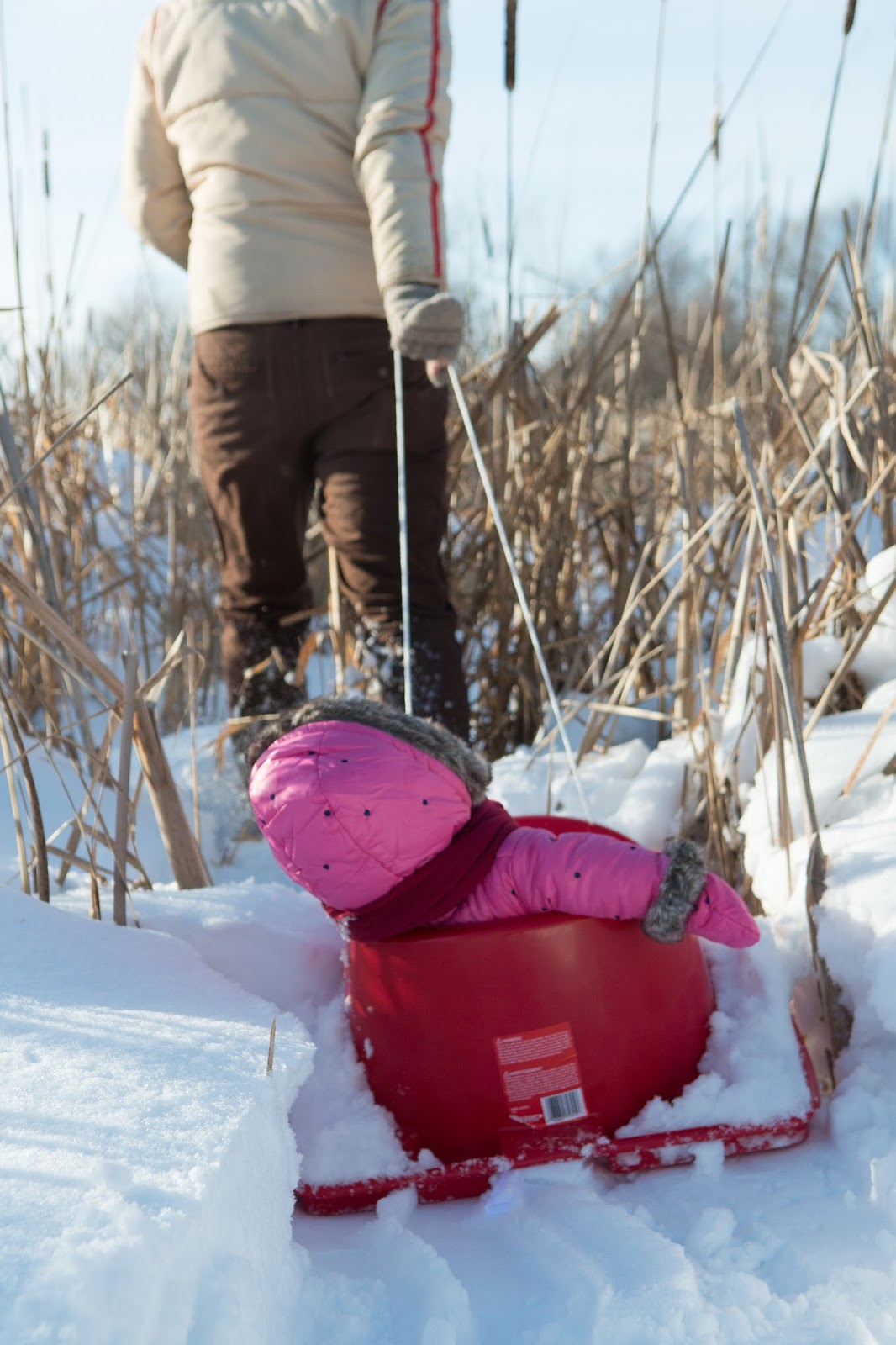 We tried cutting through this field, but the cat tails would whip her in the face. 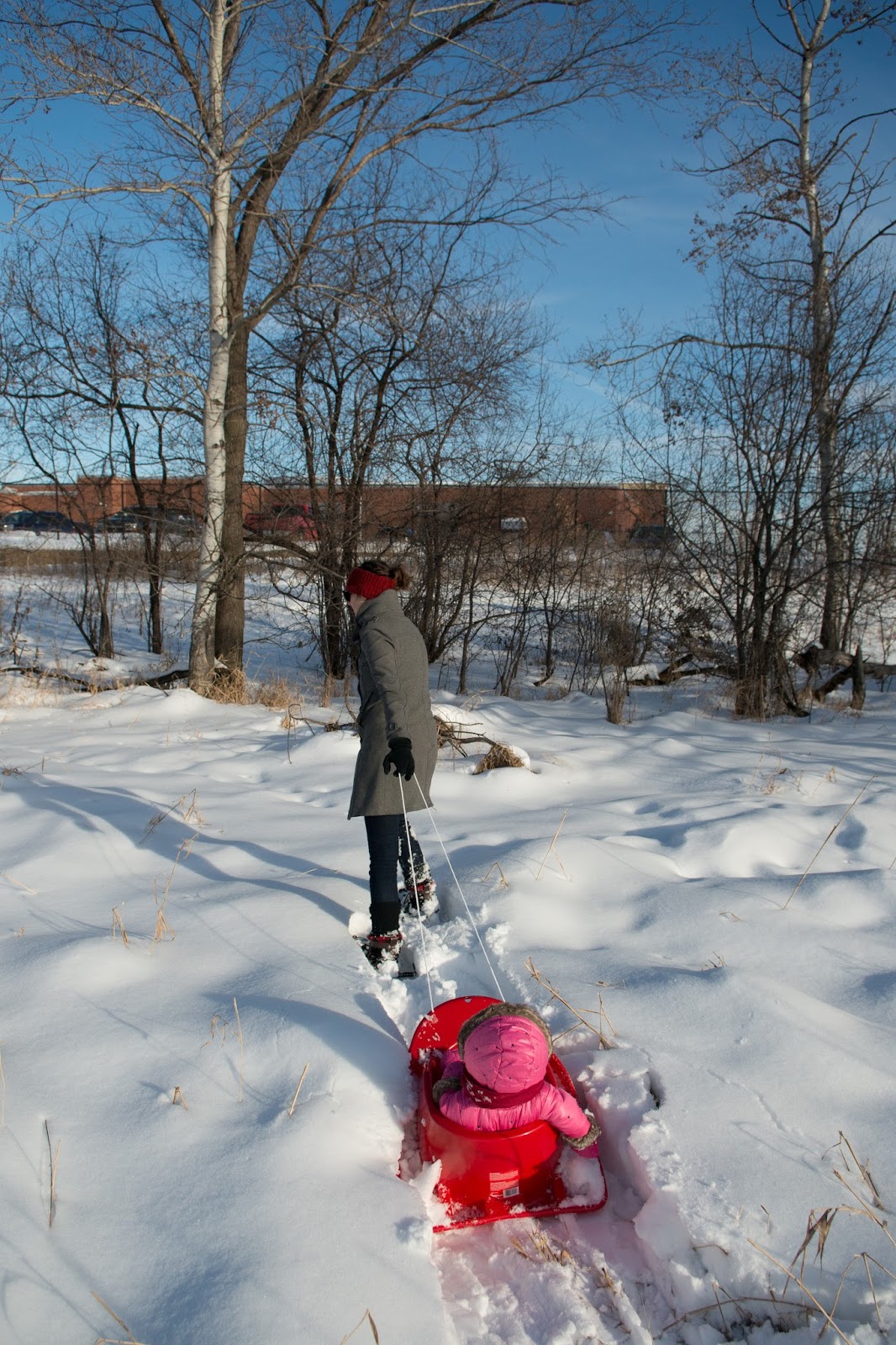 So around we went. 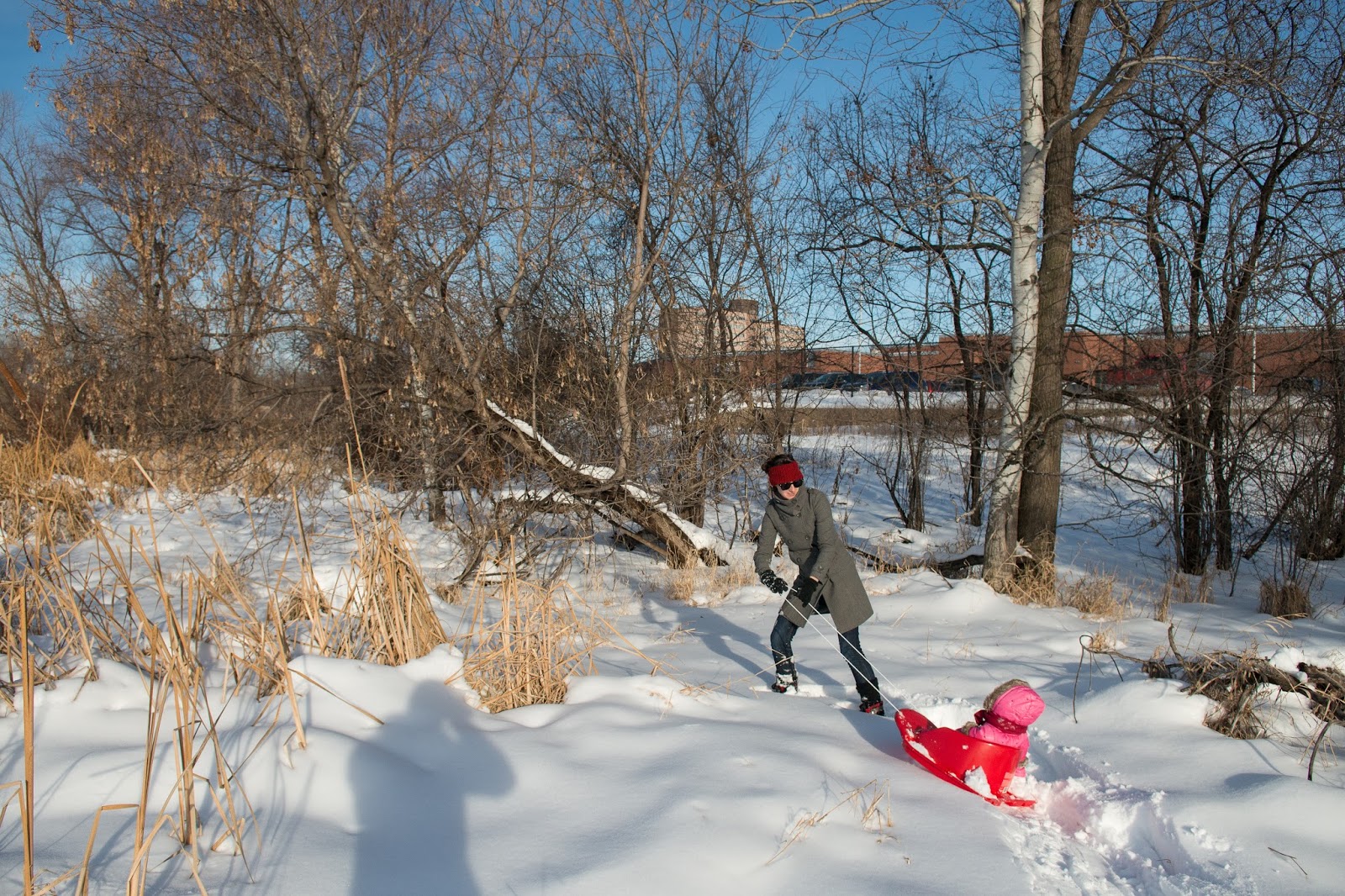 This is a lot harder than you'd imagine. 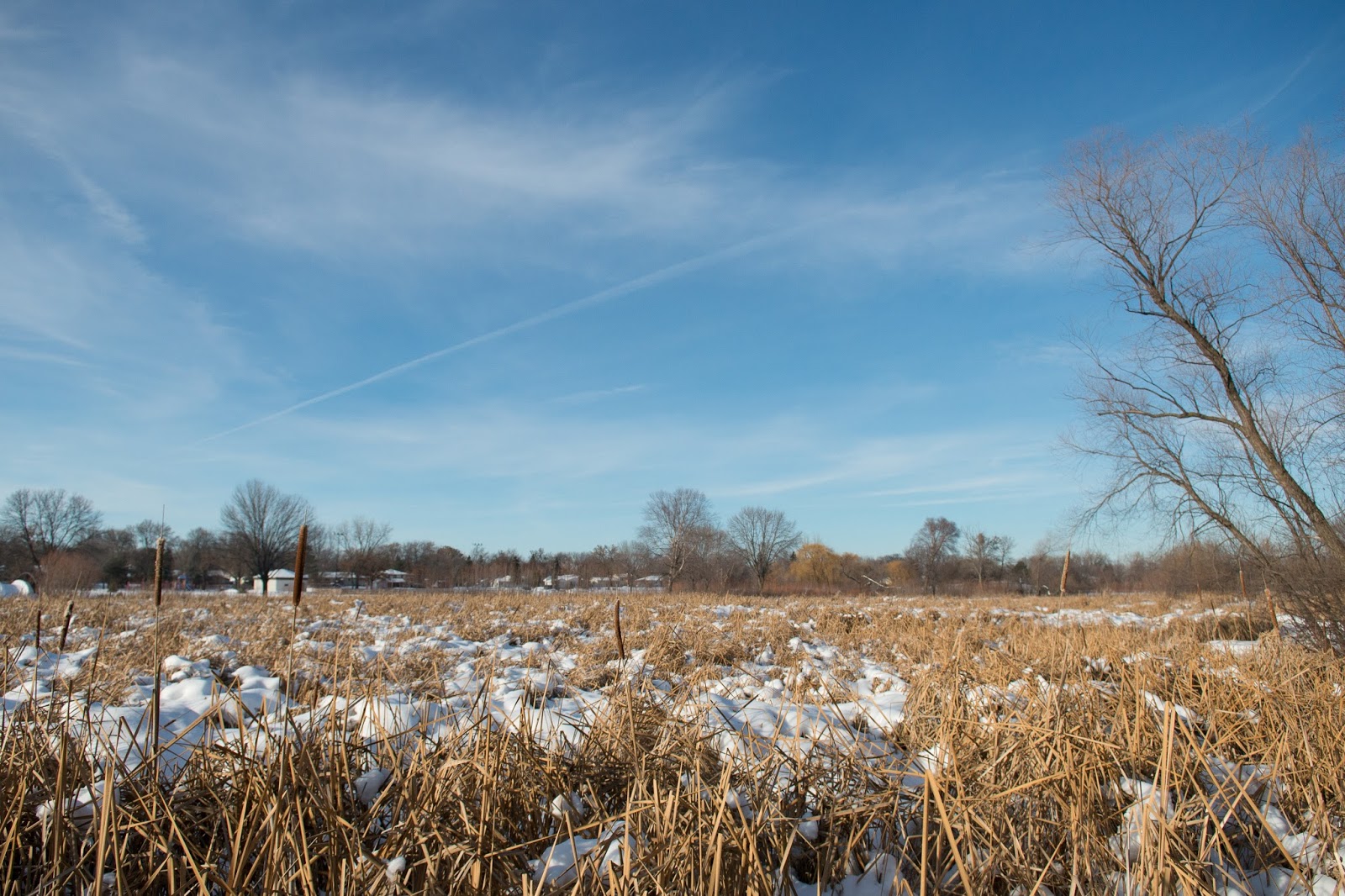 There are a few parks in Brooklyn Center that are hidden gems. Garden City Park has some nice vistas. 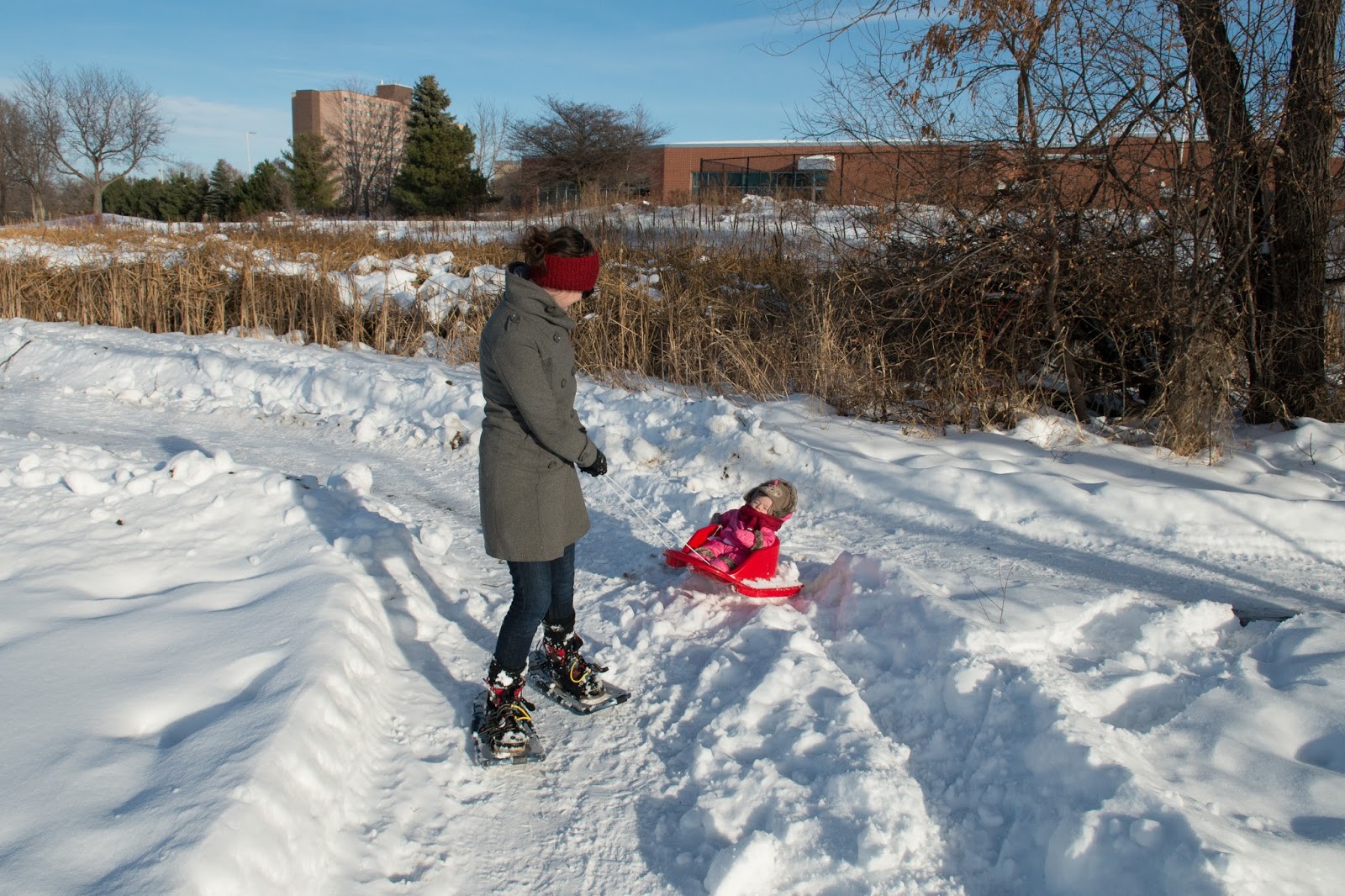 Then we ran into a trail that wasn't totally plowed making a much smoother ride for Meadow. 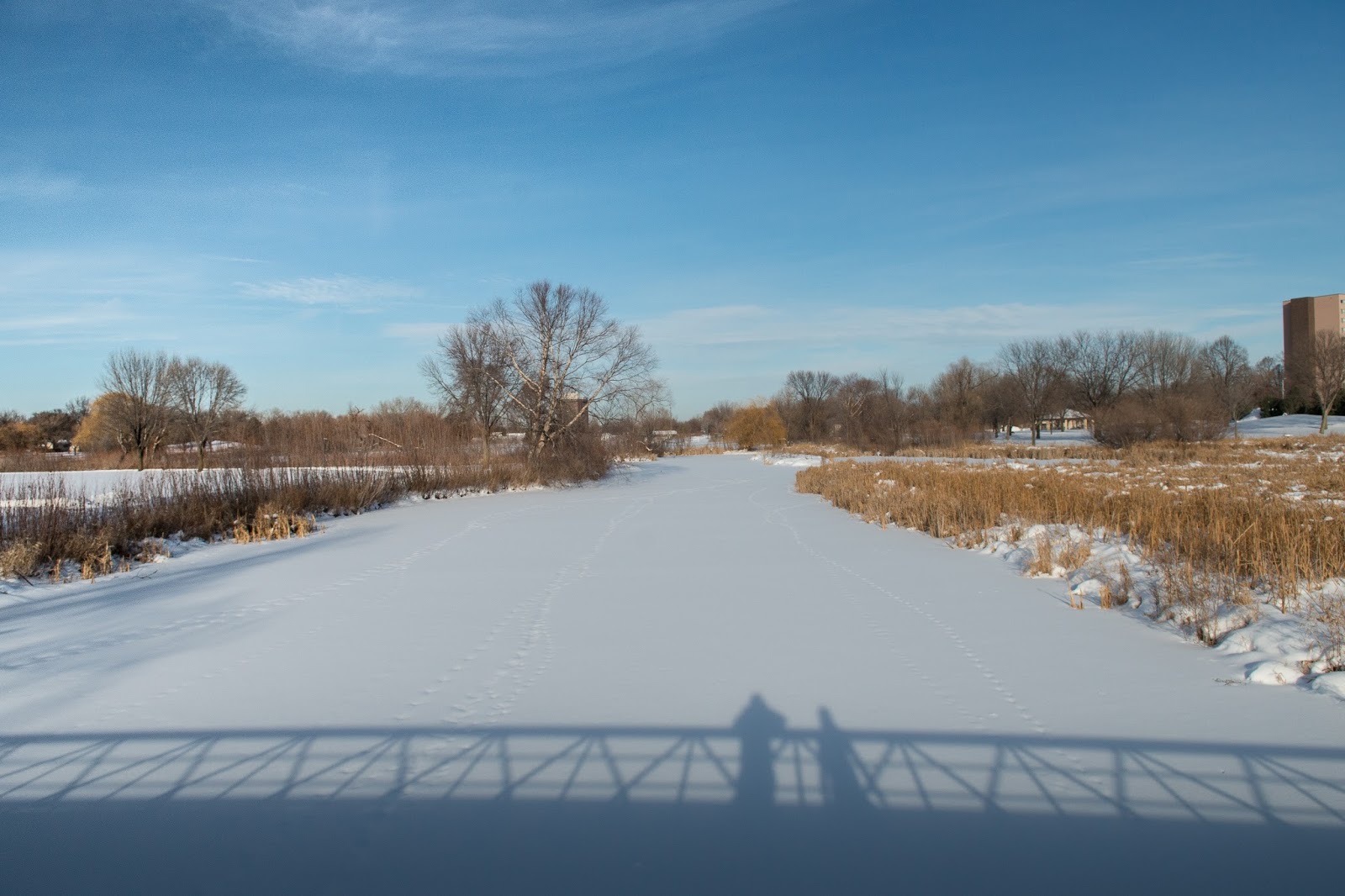 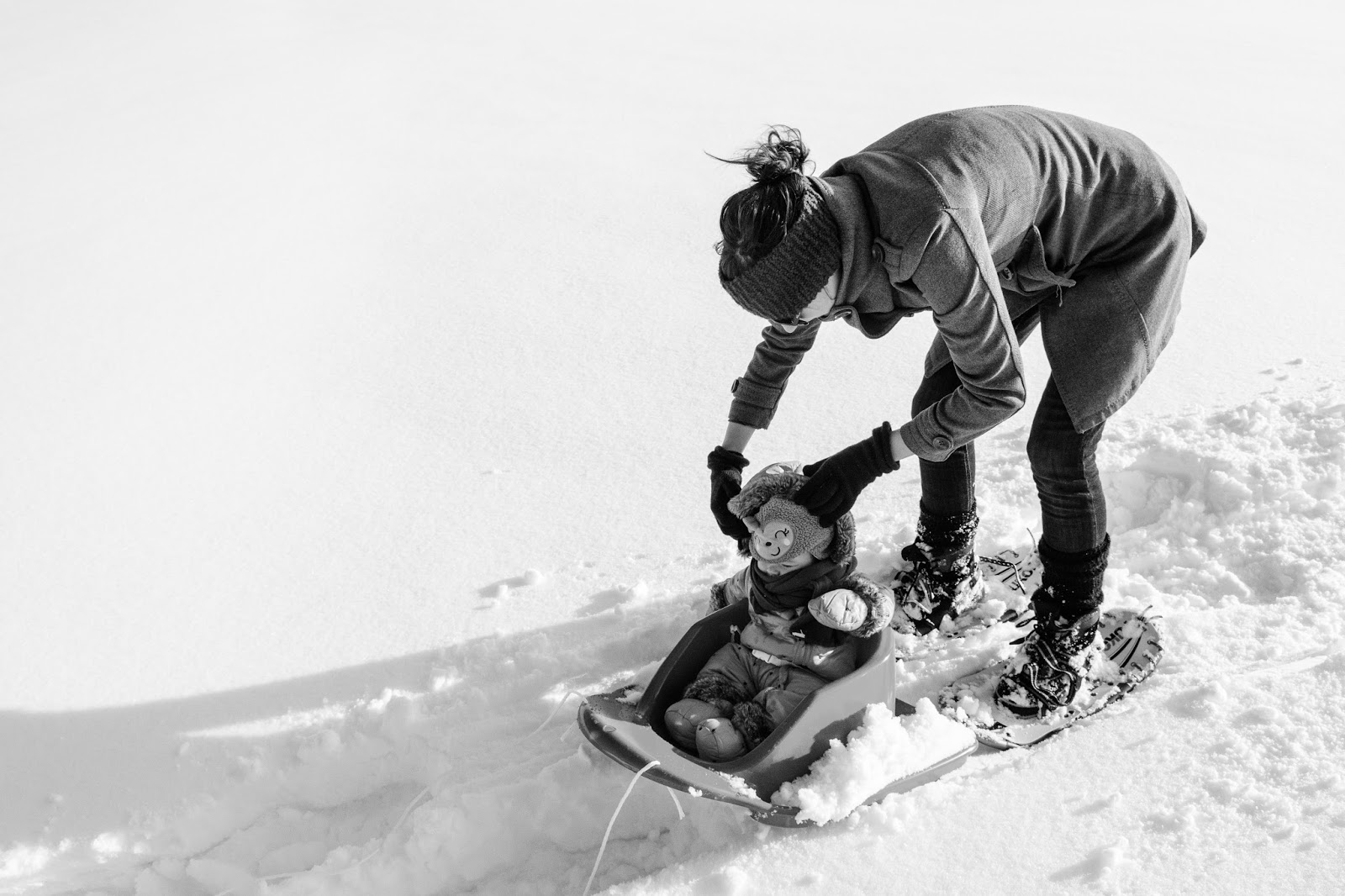 Her hat was also falling off frequently. 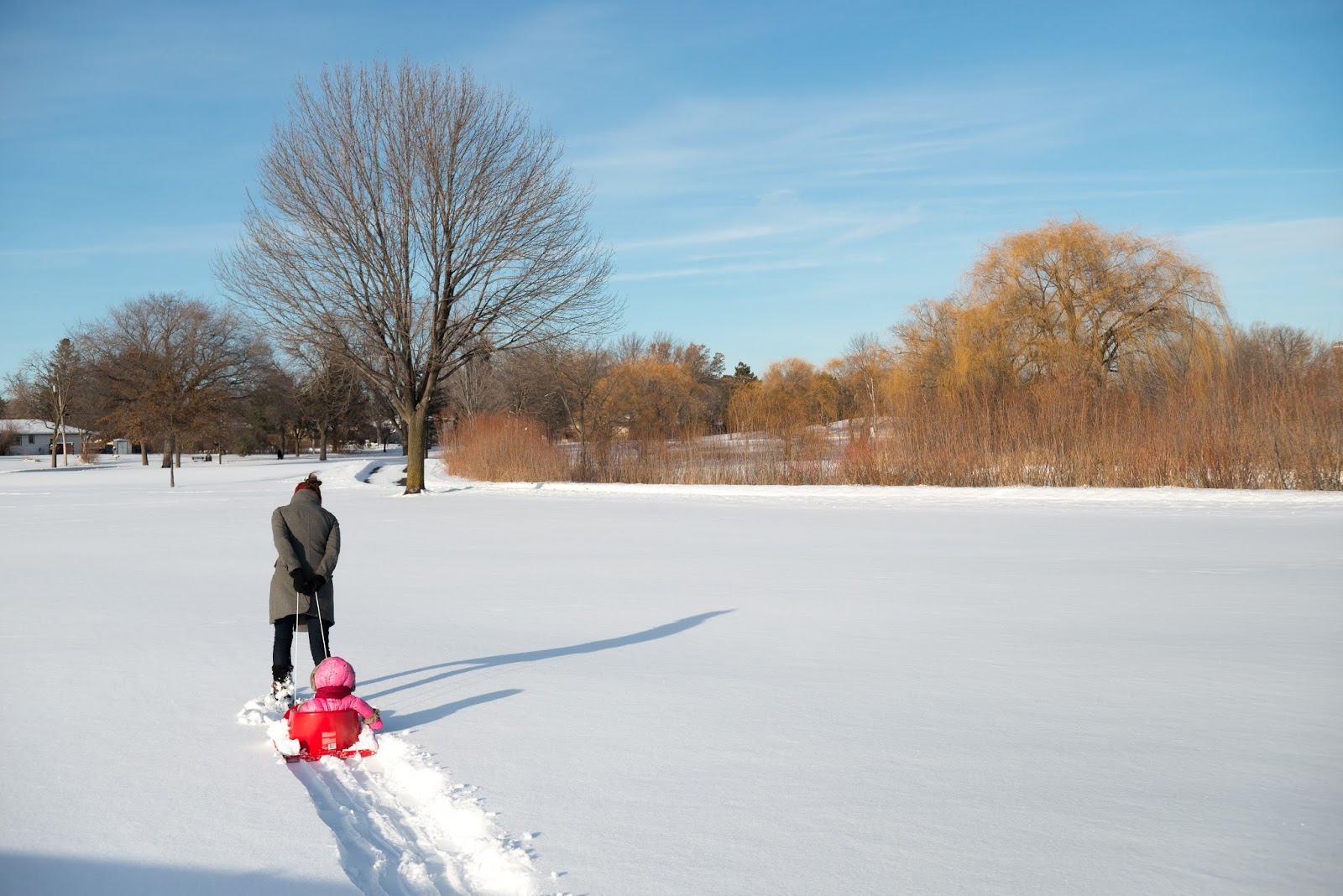 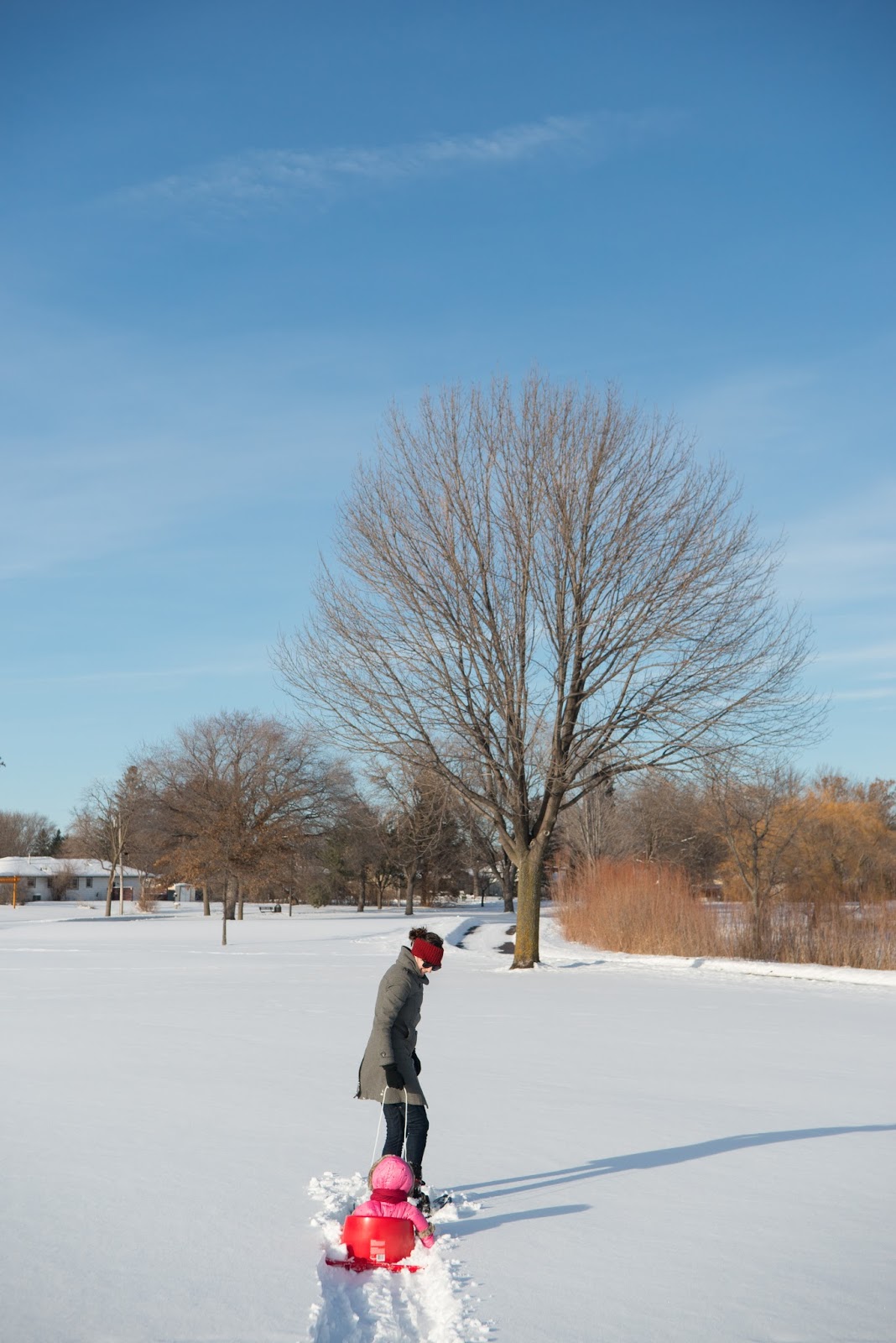 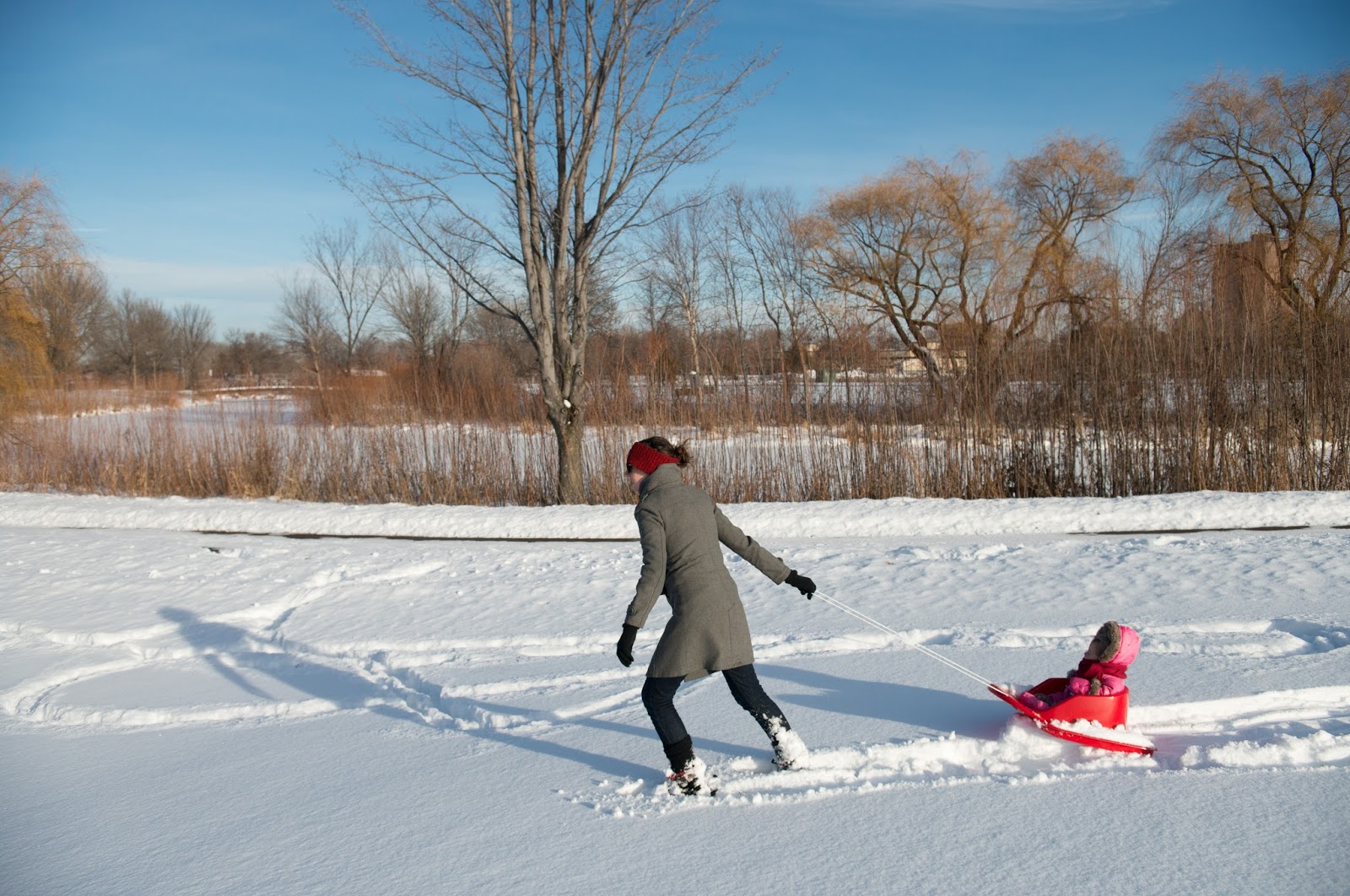 We basically made a big loop back to where we started. 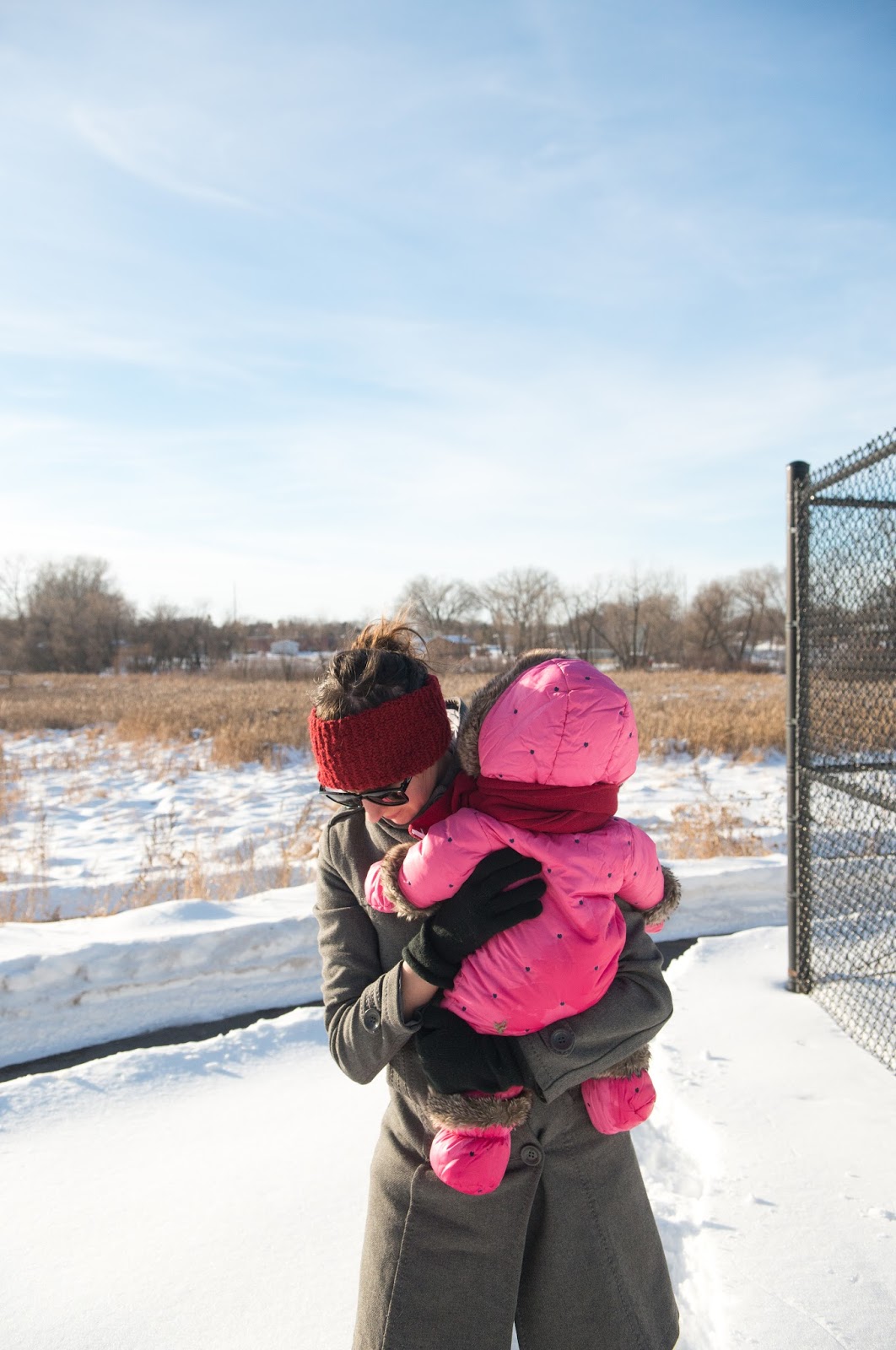 She was starting to fall asleep and the path became to clear so I carried her back to the car. Wasn't that fun Meadow?