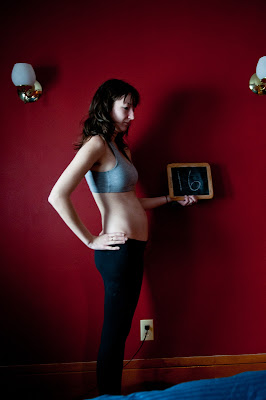 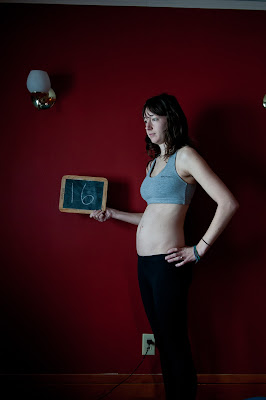 I didn't know these were going on the blog but okay. I think my posture has gotten worse yikes.

I'm not sure you know, but Brooke's pregnant. She's showing a little bit. 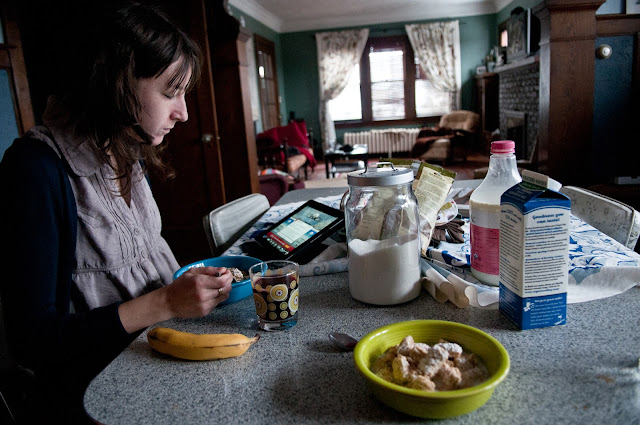 We got up late and I was too hungry to wait for breakfast so we opted for cereal.

I actually have been craving cereal for a while, so this was a nice change. 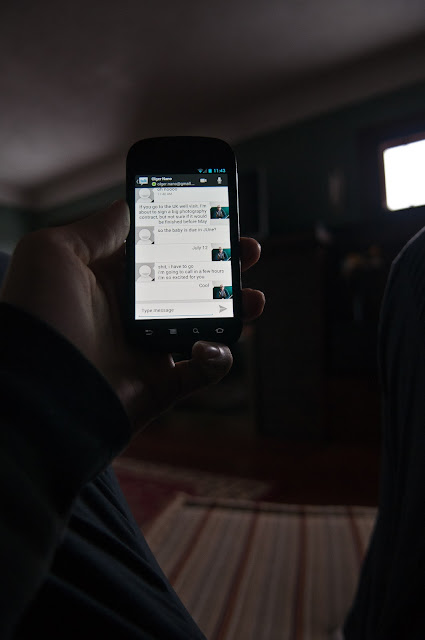 I told my best friend for life Olger that we were expecting. He was very excited and didn't reprimand me. I was expecting a harsh reaction from my brother and Olger, but they were actually pretty cool abou it. They usually say we're too young for any big announcement. 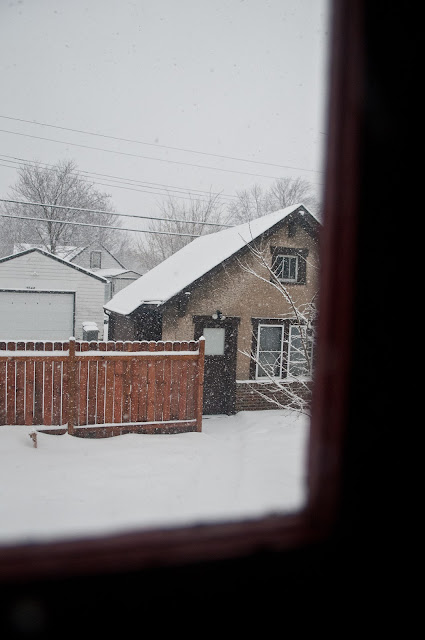 There had been talks the last few days of a blizzard coming. When we woke up it was just freezing rain then it turned to white fluffy snow.

I don't really think it rained that much. 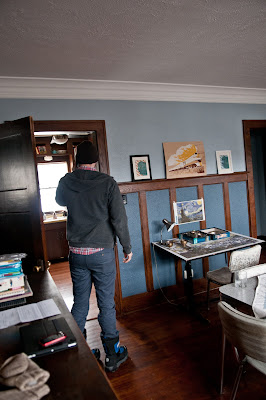 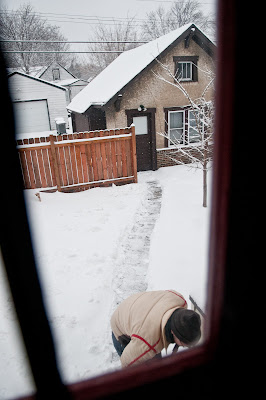 I thought today would be a good day to start my seeds for the garden this year. I asked Scott to get the greenhouse and some pots from the garage. His task was interuppted for 2 hours when his dad called. Then the snow stopped so he had to shovel.

Exaggeration of the century. I only talked to him for 45 minutes and I have the phone record to back that up. 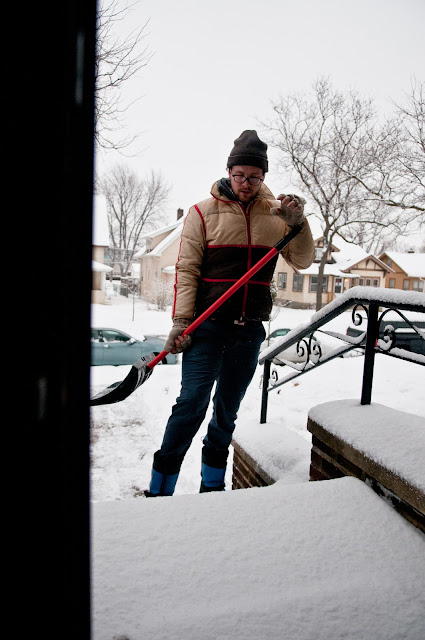 I wanted to get out ahead of my neighbor who plows the driveways and sidewalks. He's always so on top of plowing that I don't get his walkway done. 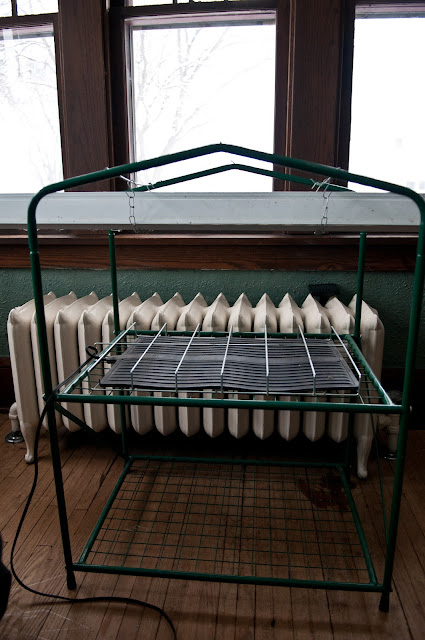 We decided to set up our growing station in the sun room. I have a grow light that we will probably have to use until the days get longer. 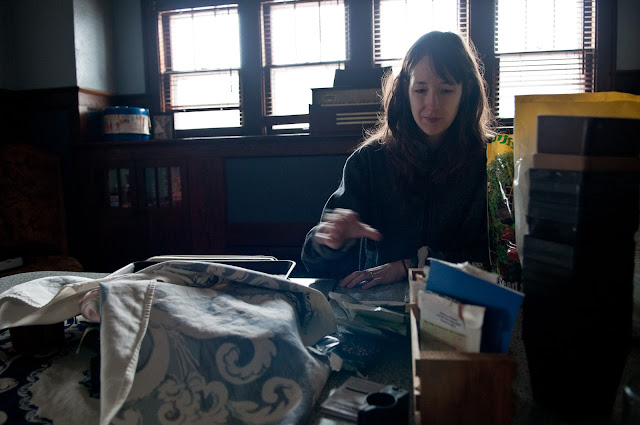 We've always been late to this, so it made sense to start this early in larger containers  Then we can just plant them at a slightly more mature age. 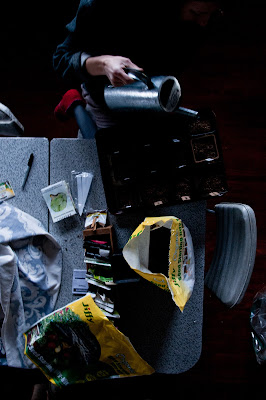 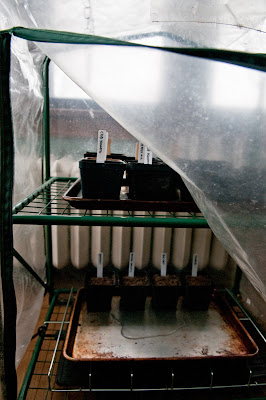 I planted all the seeds that either haven't been successful in growing or didn't have enough time to grow to produce anything. I will start out with the seed warming pad and then move them to a light while starting another batch of seeds to sprout. 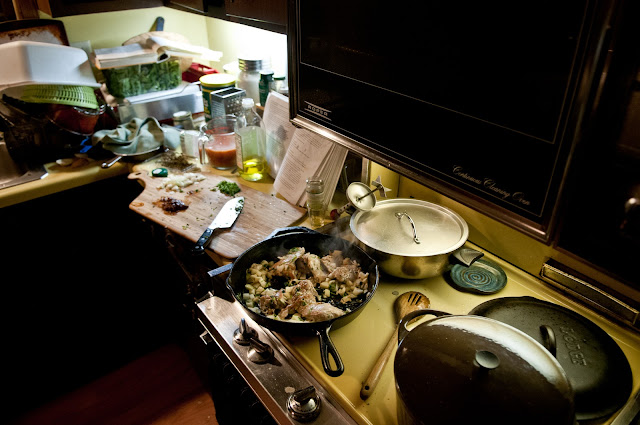 We couldn't figure out what to eat after something we were going to make took way longer than expected. I made chicken mole, refried beans and some farro dish that didn't quite go with the rest of the meal. The first two were great and the farro side used up the spinach, so that's a plus.

Then we decided to spend the evening watching the Grammys. I hadn't watched it in years but it was pretty entertaining. Especially Taylor Swift who got excited and danced to every performance.

It was her best performance...well...ever.