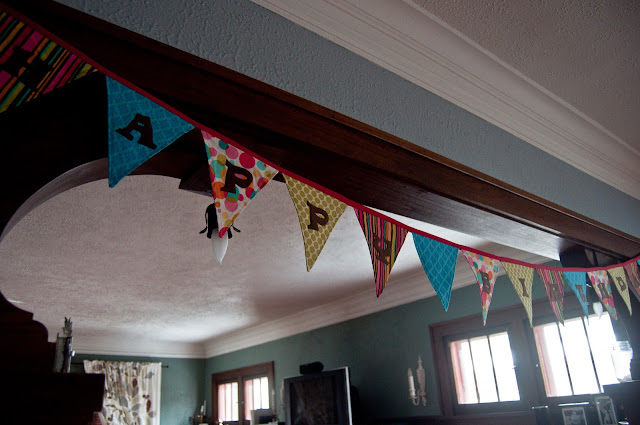 Luckily Scott's Birthday this year was on Thursday, a day we both had off so we could spend the whole day together. 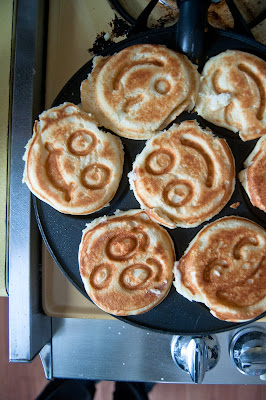 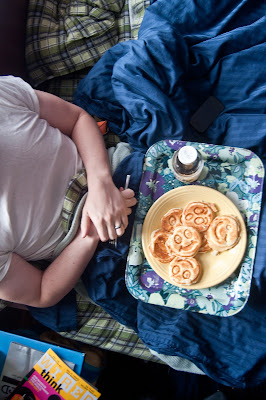 His morning started out with breakfast in bed. He's been asking me to do this for him for awhile. I usually have to eat immediatley upon waking, but today I sacraficed for him.

This is the first time she's made me breakfast in forever. 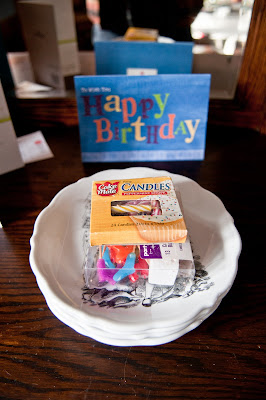 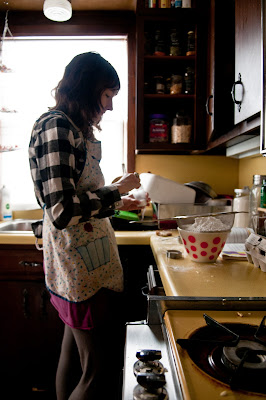 Then I spent the majority of my day making his birthday cake. This year he picked out a key lime meringue. 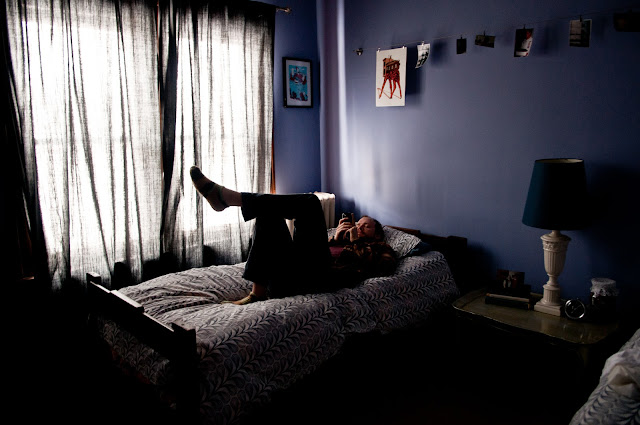 Since I had nothing to do, I just relaxed. 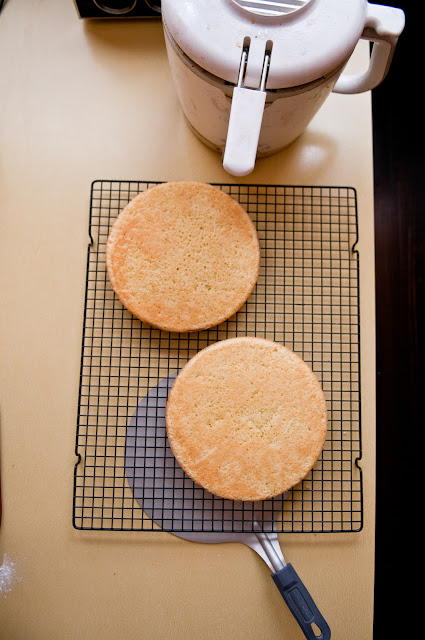 I made a white cake with lime zest, lime filling and meringue frosting. 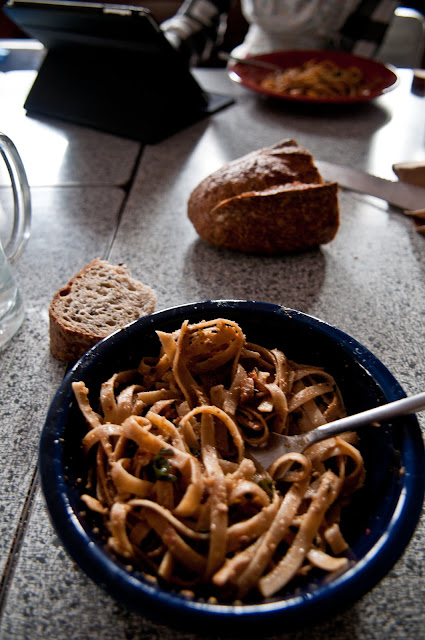 We had leftover carbonara for lunch. 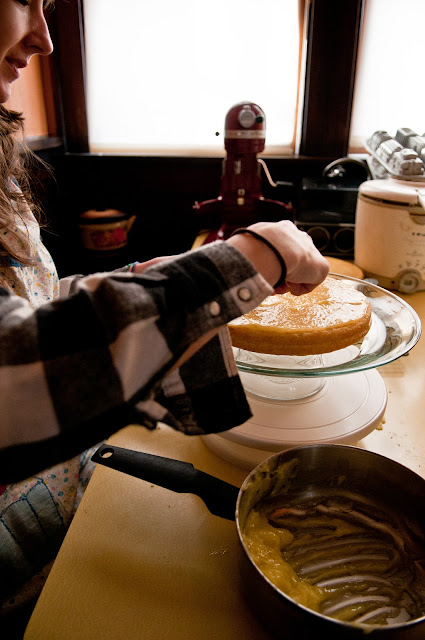 Then I assembled the cake.

About this time I started making Blueberry Ice Cream. It all seemed to go well, but the half and half I used was apparently bad. It ended up tasting like goat cheese ice cream. 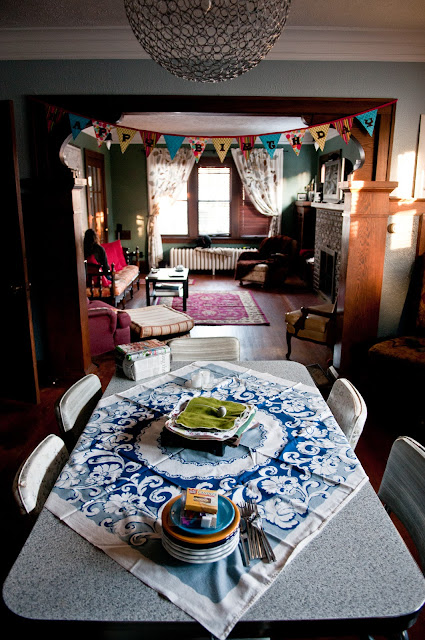 Everything was ready for our friends to come over after going out. 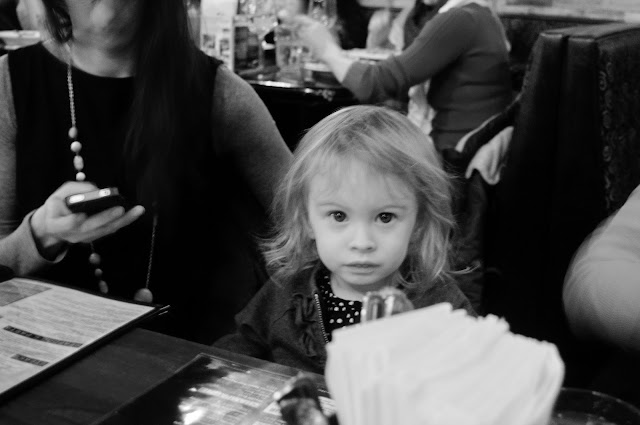 Tyler and I arrived a little early to get some drinks at Hell's Kitchen before dinner.

A little later Emma, Olive and I met up with them and then Cevonne, Jose and Madeline
showed up. 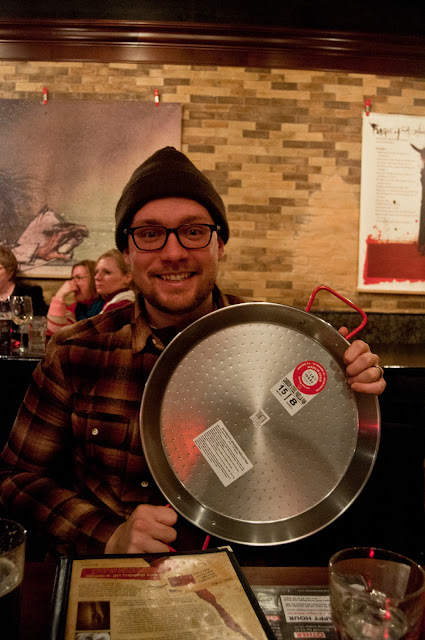 Cevonne and Jose surprised Scott with a paella pan.

I was so suprised. Now I need to find a good paella recipe. 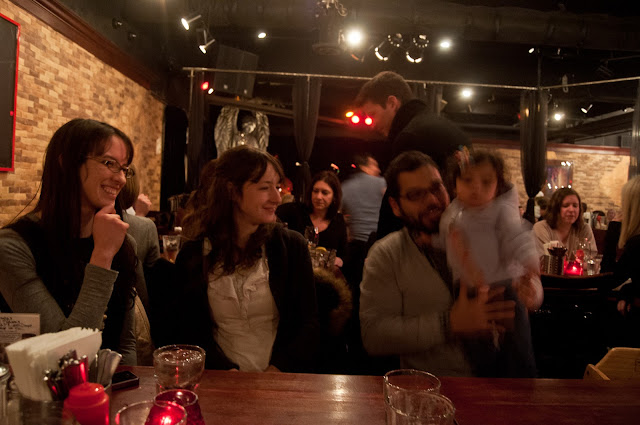 Everyone was supposed to come over for cake, but the babies (I guess Olive's a toddler) had to go to bed. 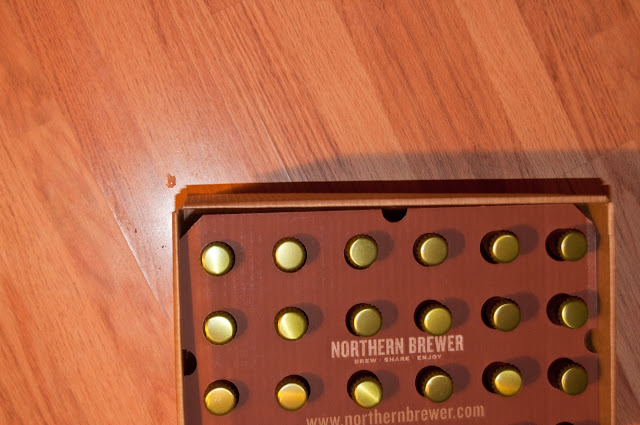 I surprised Scott with another gift. A homemade version of one his favorite beers Surly Cynic. I had planned to make this for him for Christmas but accidently mentioned that you could make your own Surly Cynic. He kept asking about it so I had to wait to give it to him for his birthday when he forgot all about it.

Brooke's the best wife ever.  I was especially surprised since I thought Legos Creationary was my present. 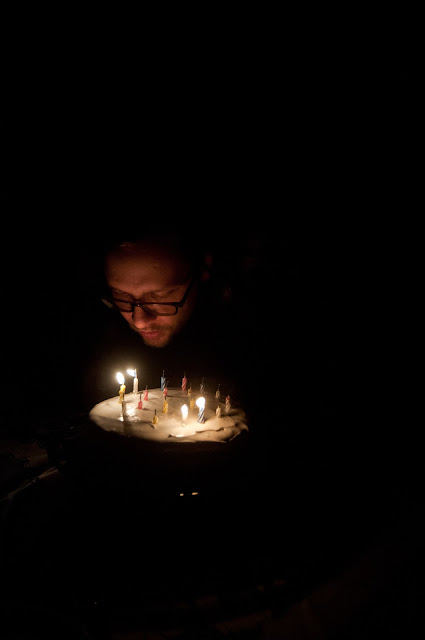 Everyone else had already gone home to put the kiddos to bed, so it was just us to eat the whole cake.

We only ate a little bit and then brought it over to JT and Cevonne's on Friday night. They treated us to dinner since they had to leave so early on my bday. Not a bad deal.