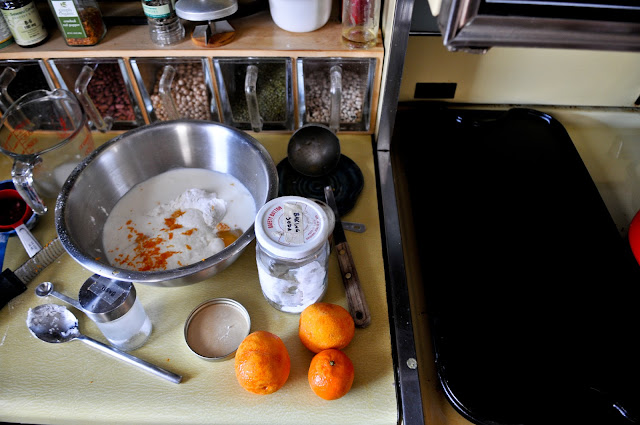 I went to bed early the night before with a bad headache. It was still there when I woke up. For once Scott got up before me to make breakfast. 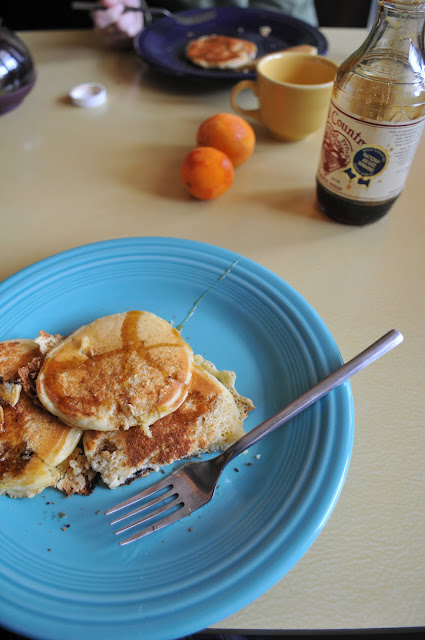 I made us anarchy orange-chocolate chip pancakes. Just so you know, I did not try to make that "A" on my pancake, it just happened. 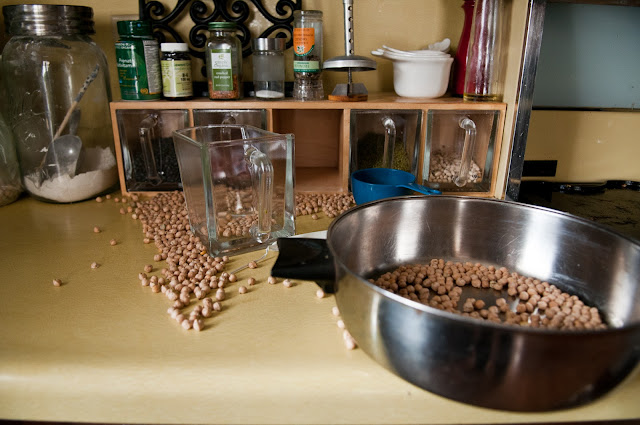 What a mess Scott.

Well, Brooke, I was trying to put the chickpeas in the container when they went all over. I did clean it up, so no big deal. 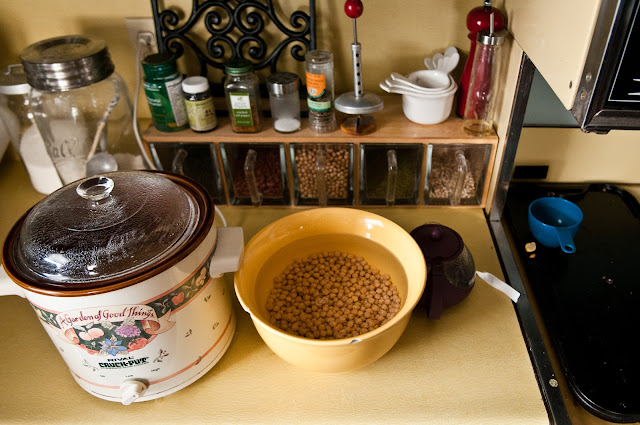 We decided to make a day of it, so I threw the chickpeas into a slow cooker. By the time we got home they'd be perfect for hummus. 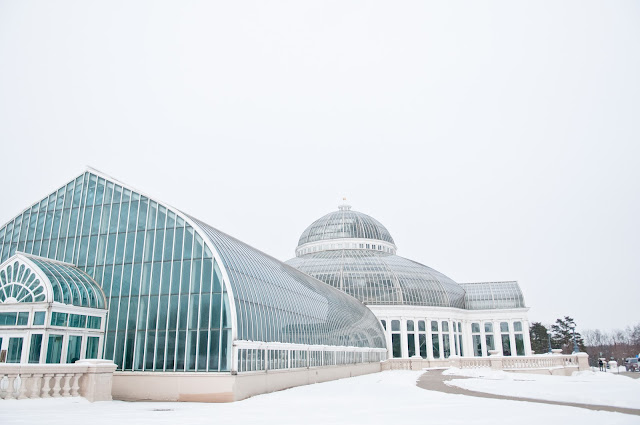 The weather lately has been very cold and dry. I usually get headaches when it's like this so I thought a day at the conservatory would be just what I needed. 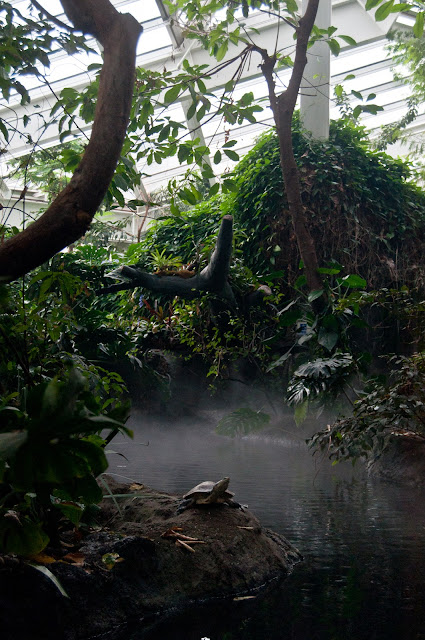 The first room we went into was so warm and humid. It was so nice, but it fogged up our lenses the whole time.

Brooke got this great picture nonetheless. She later asked me, "Did you know there was a turtle in the mist?" No...no, I did not. 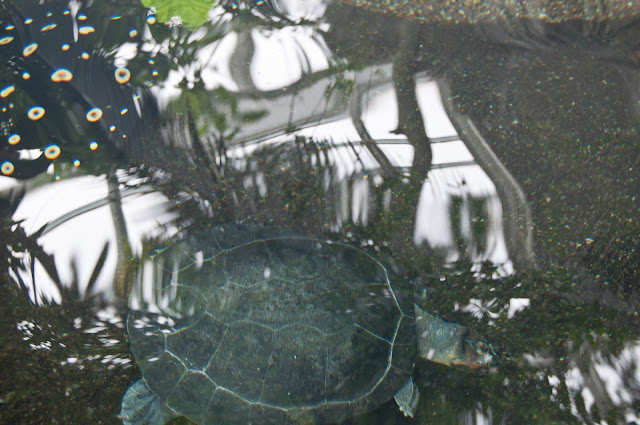 I wonder if this was the same guy. 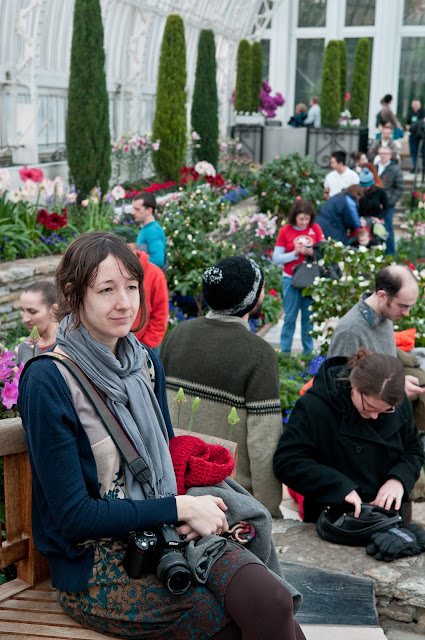 Apparently we weren't the only ones that thought today would be a good day to go to the Como Conservatory. 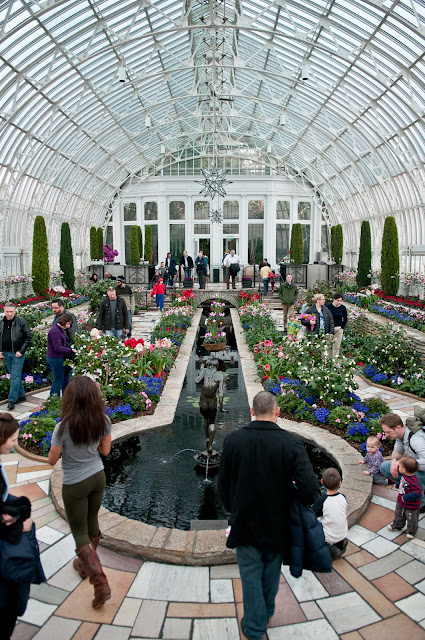 It was rather packed, but it was still a fun, warm place to spend your afternoon. 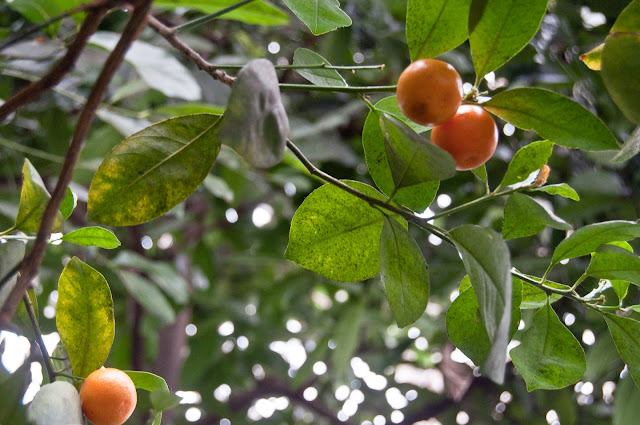 I've only been here once before and didn't remember what each room had. It was cool to see the edible room. 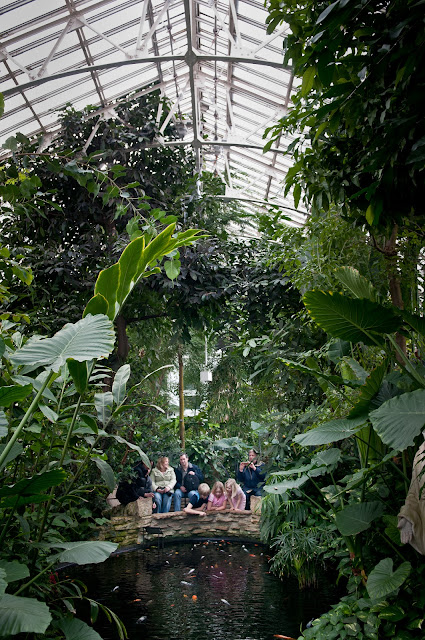 It'll be fun to bring our kiddos here someday. 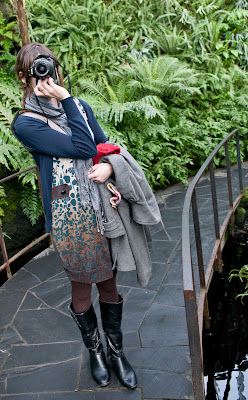 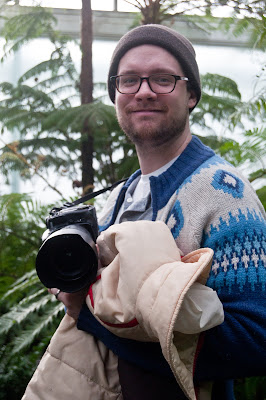 We decided to be emo for a few seconds. 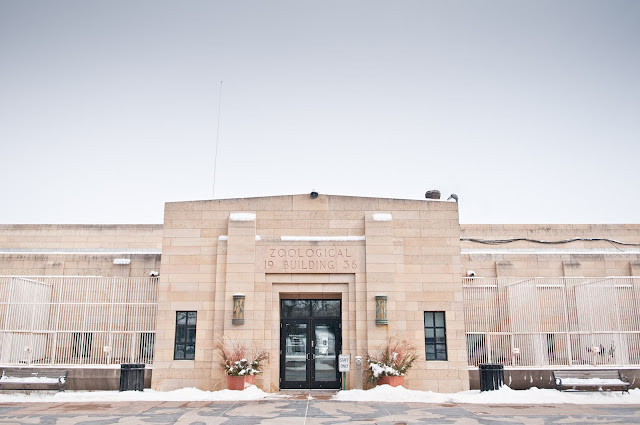 I didn't really want to go outside again after being in the warm rooms, but braved it anyway to check out the zoo. 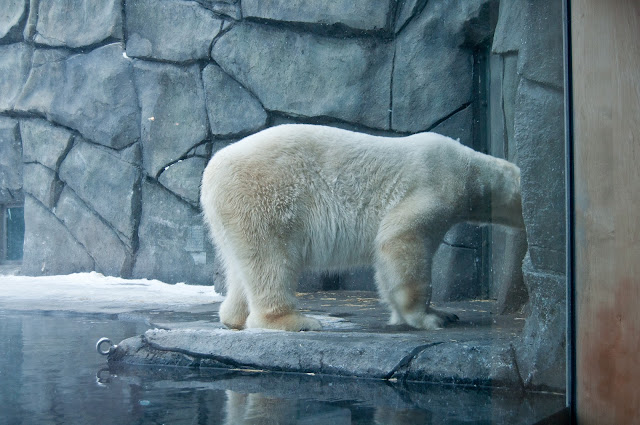 This guy did a little dance in front of the entrance to his bachelor pad. I thought there was a door stopping him. No, he was just being weird. 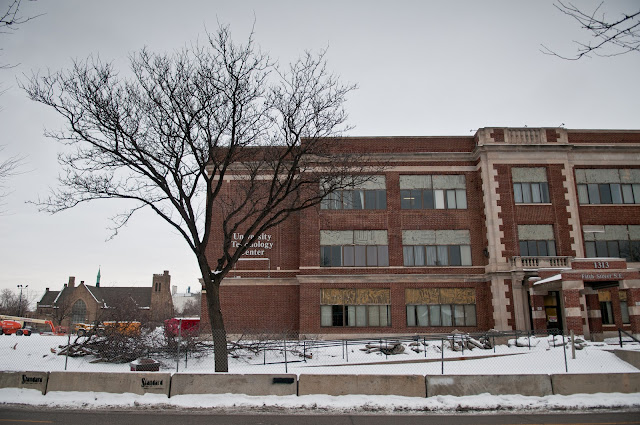 Then Scott wanted to go over to his old stomping grounds by campus.

In college I worked at the Wake Student Magazine. It was on the third floor in the top right corner of this pic.  This building is being knocked down to make room for some luxury student apartments and a new grocery store. 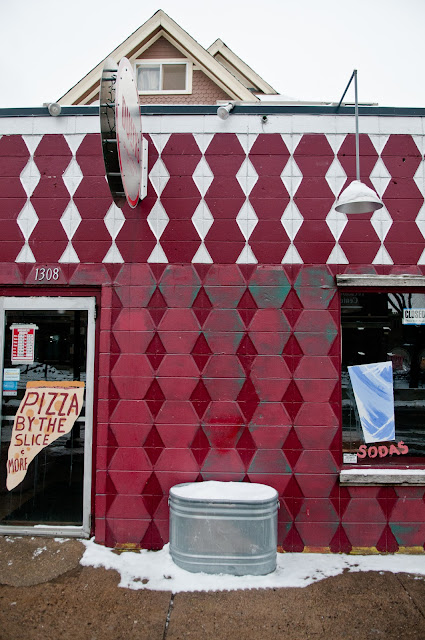 I was hungry for lunch. We wanted to go to Duffy's,
but they were closed on Sundays. 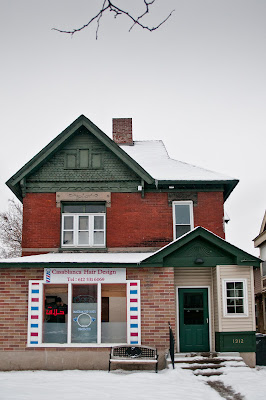 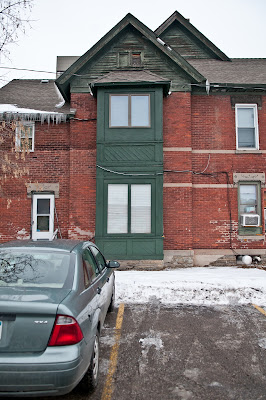 We wanted to go to Duffy's because I used to live in Mr. Duffy's apartment building next door. This was my first off-campus apartment. I guess that would make it my first apartment. My roomies coined this place Casablanca after the salon up front.

Both of these buildings are also going to be knocked down for, you guessed it, luxury student apartments. Despite not having much character left on the first floor, you can see they were once gorgeous buildings. So long, college memories. 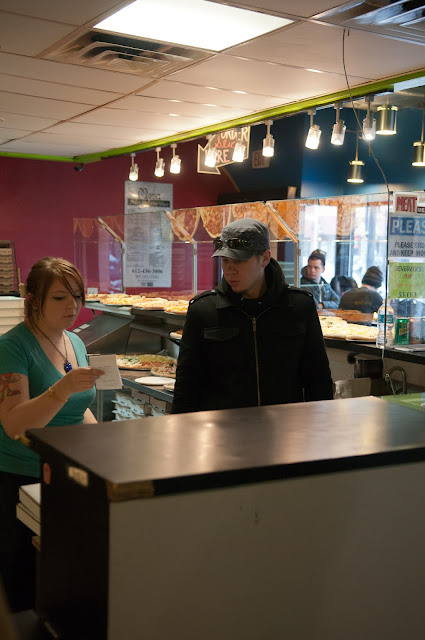 We had Ian's I mean Mesa instead. I was still hungry and got a mac and cheese slice too. 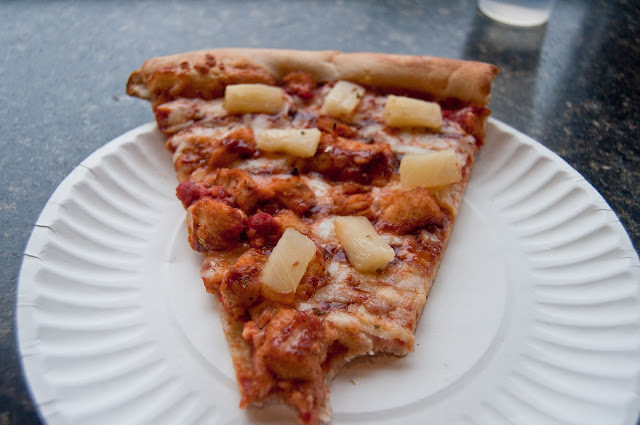 It's kind of sad to eat at the joint that stole much of Duffy's business. 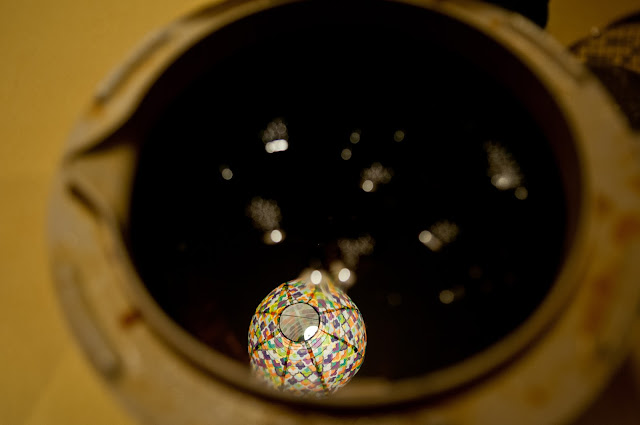 When we got home we relaxed a bit and then I made falafel. Unfortunately I had to clean the deep fryer. BTW, I wasn't frying Chinese lanterns. It's just a reflection. 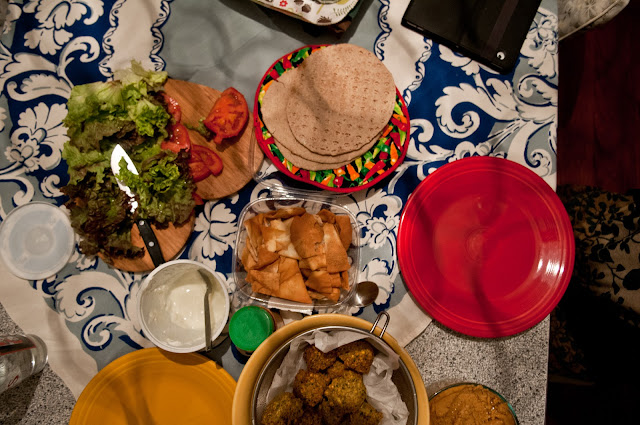 Scott made falafel and hummus for dinner.

We watched the Super Bowl half-time show while scarfing down our dinner. Beyonce was fierce, as they say.

My headache still hadn't gone away, so I went to bed early again.

Beyonce tends to give one a headache. Good game by the way.