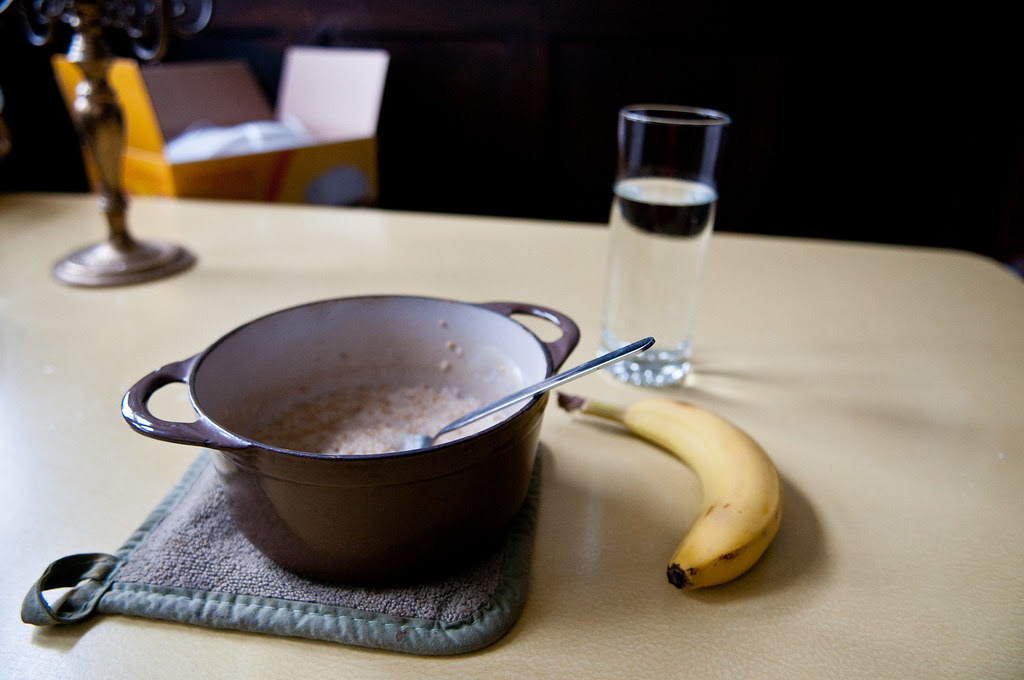 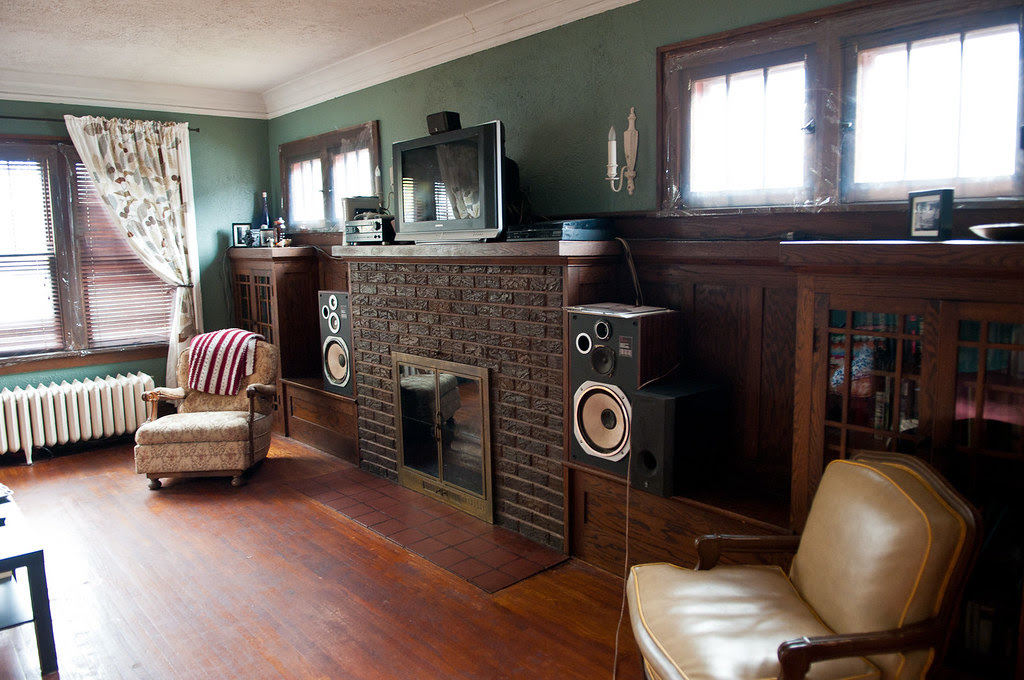 If this keeps up I may need to start a side blog about cleaning, because today I did just that.

I started with cleaning out our built-in bench storage. When Scott brought back a bunch of things from his parents/grandparents this summer he took with him these giant *** speakers. Not only are they huge they take over the bench not allowing easy access to the storage units.

They're awesome, but I might get rid of them soon. 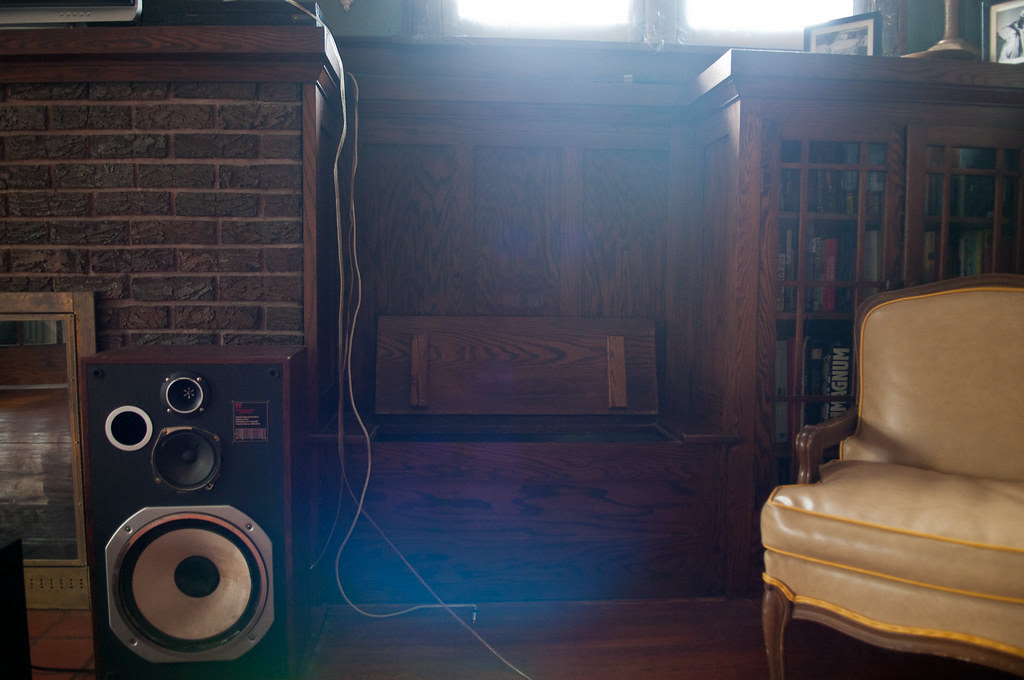 Pretty clever craftsmanship they had back then. 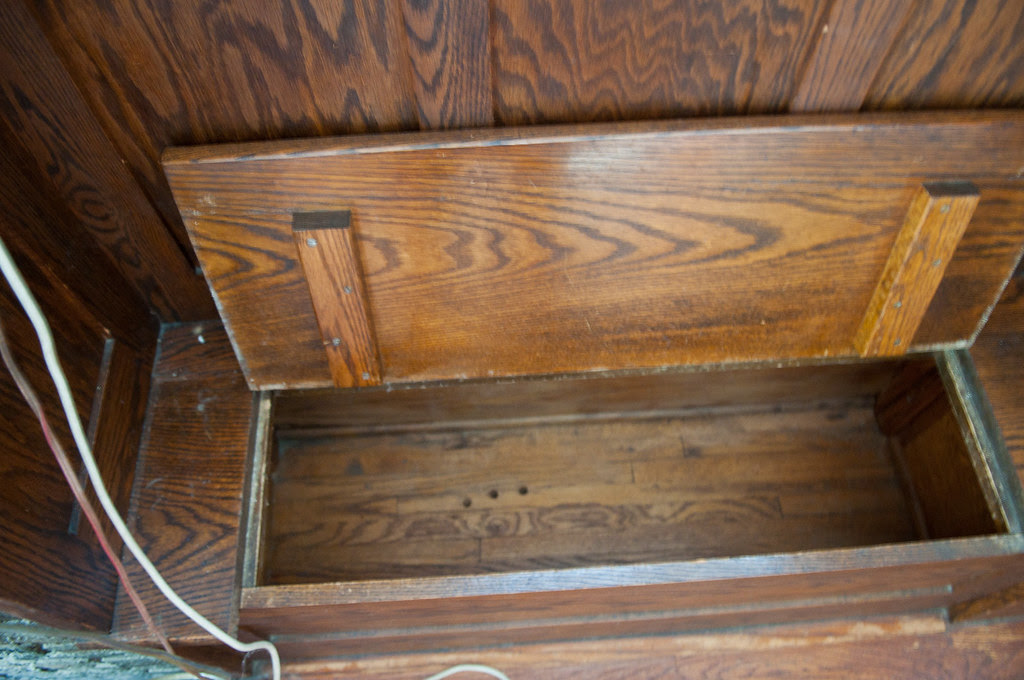 It turns out nothing was in this one. Hmm now that I'm thinking about it this would be a good place to keep all my yarn. 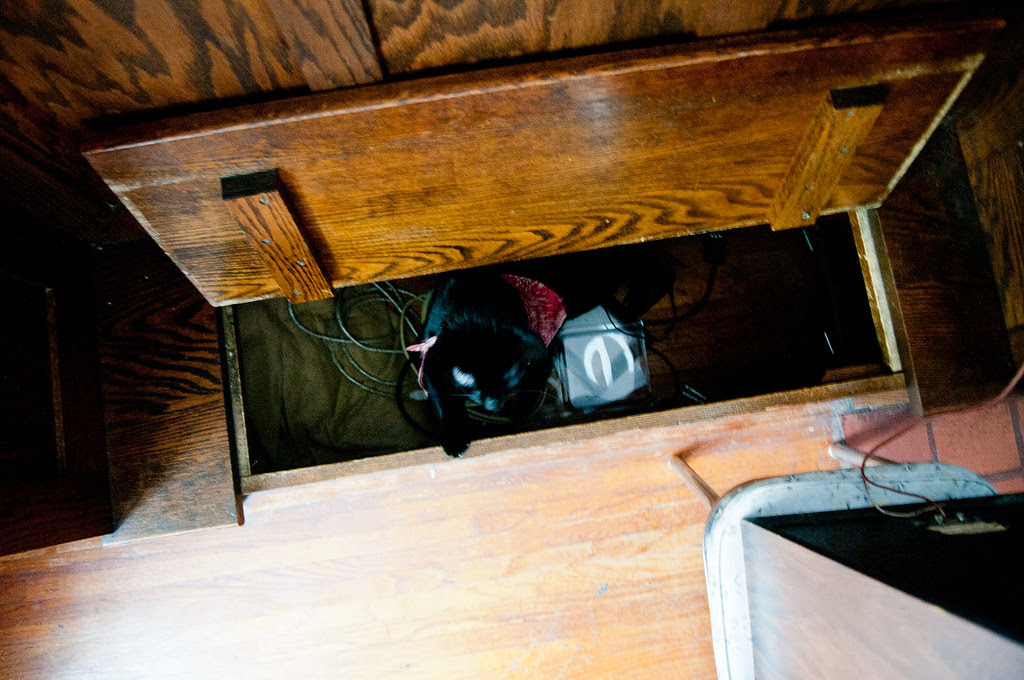 The other one had some cords and Peanut. 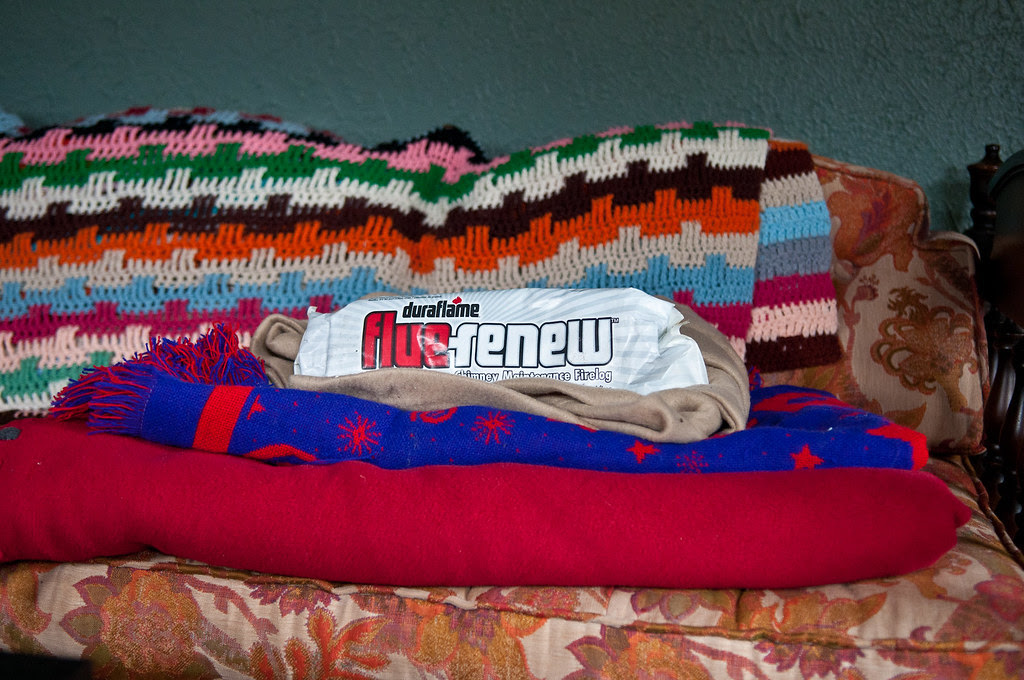 We wanted to use this to clean the chimney, but it's probably best that we hire a professional. 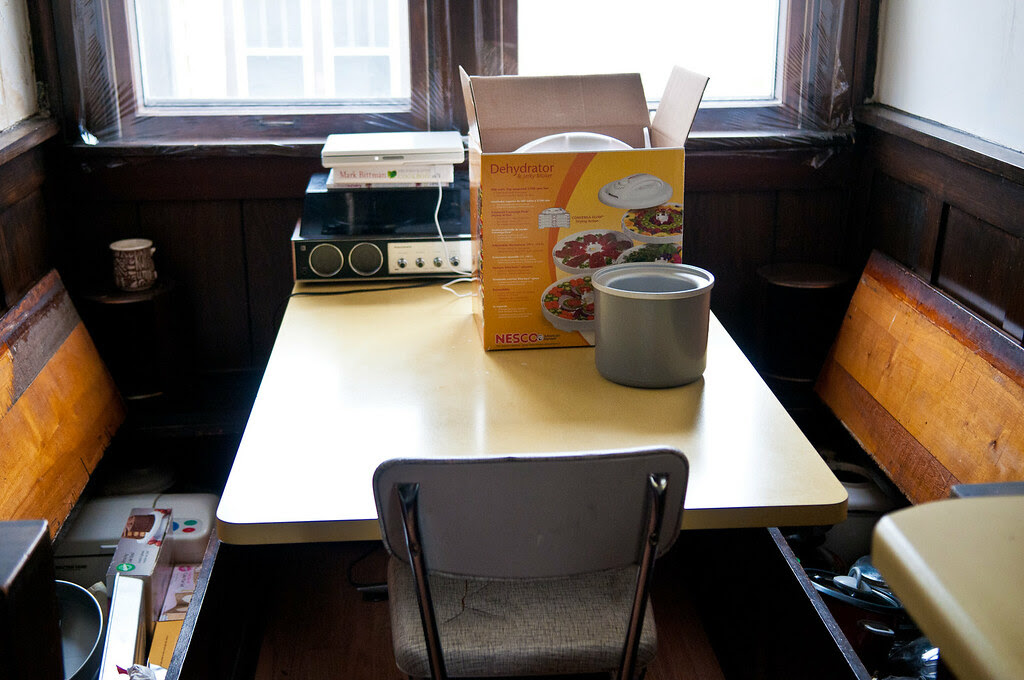 Since that went quickly I decided to tackle our breakfast nook storage next. 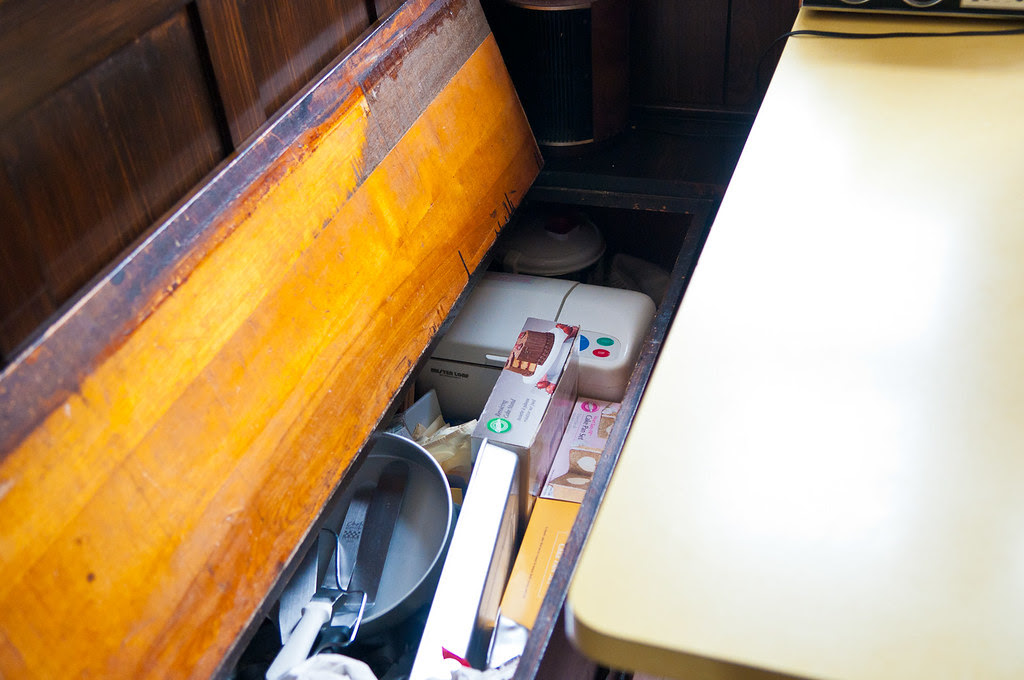 Did you know we had storage in here too? 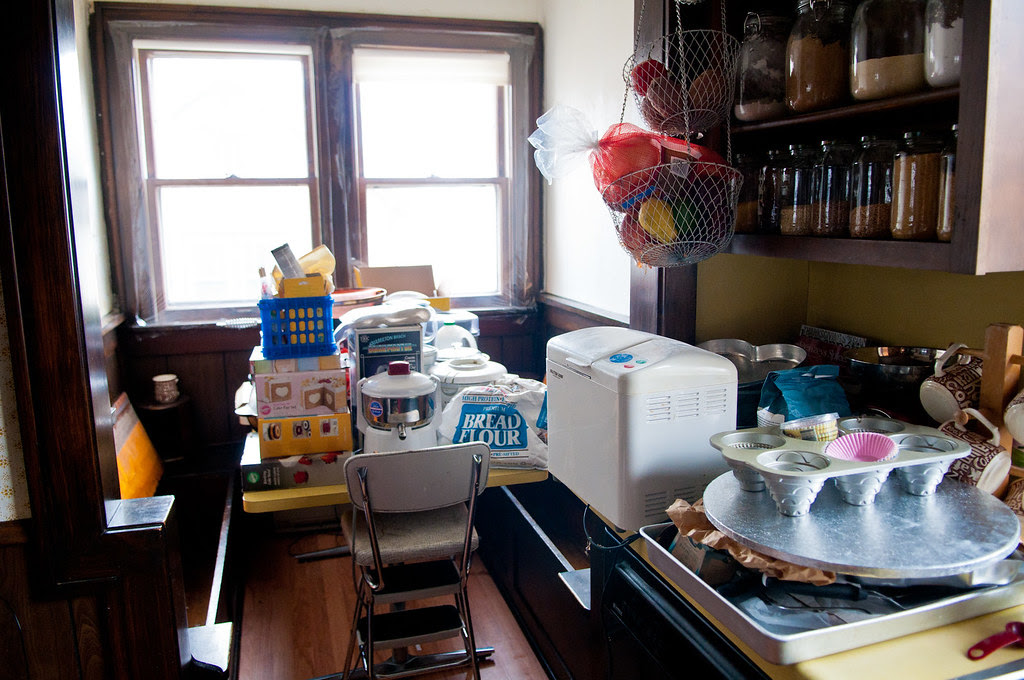 It was getting a little cramped after we put all my cake decorating stuff in it. We have no space left in our cupboards. 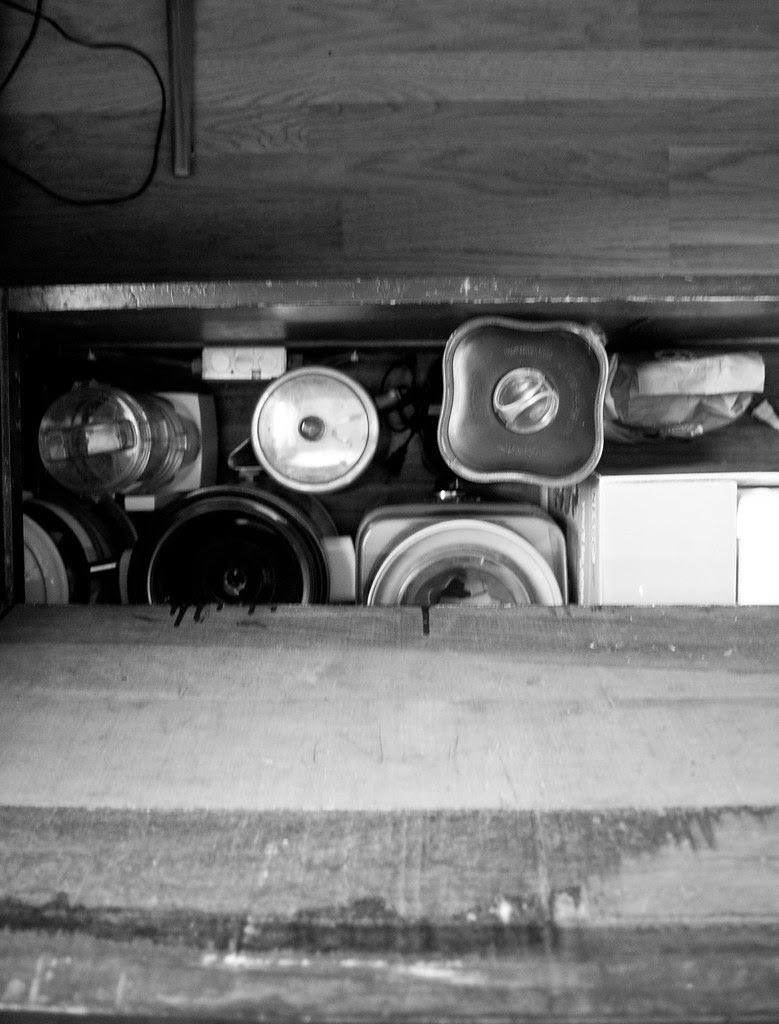 Reorganizing it all freed up some space. 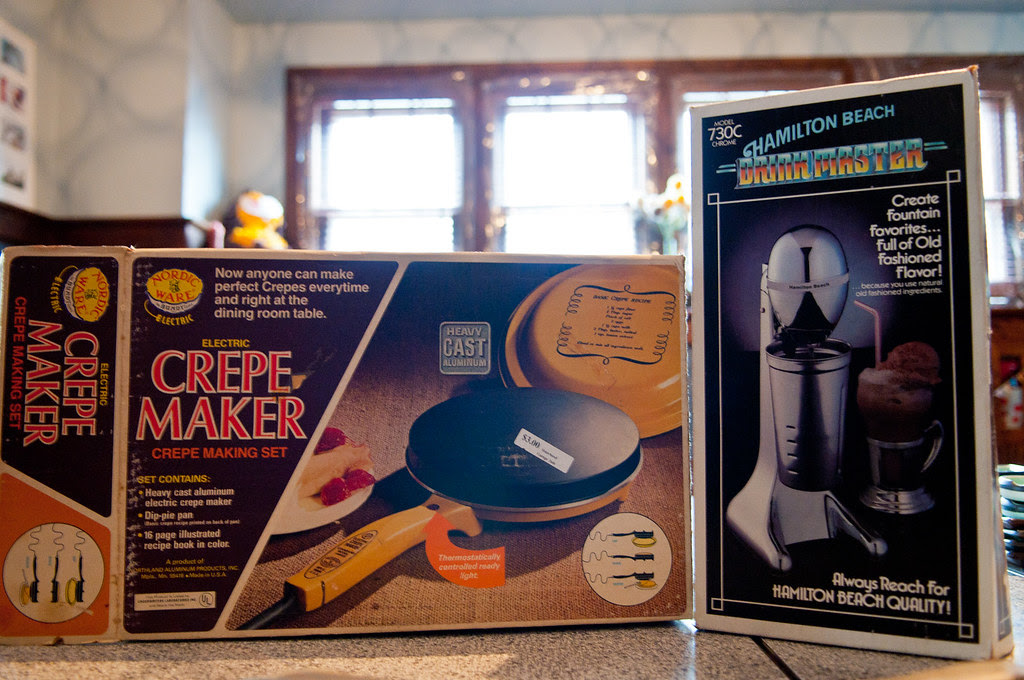 I did get rid of a few things. My brother already claimed the crepe maker. If you want the shake mixer leave a comment. 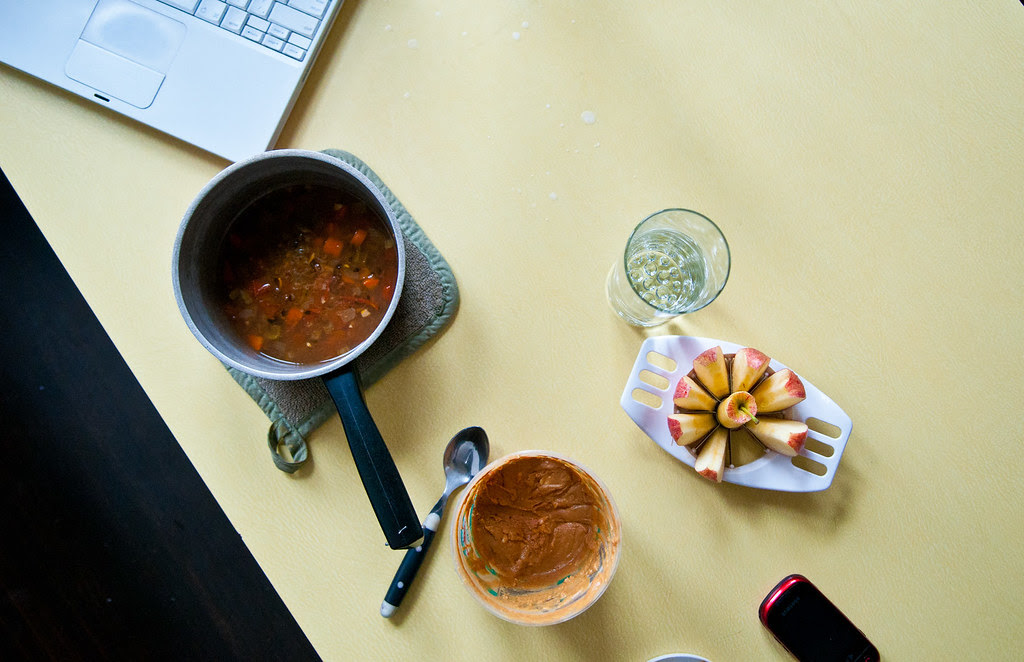 I then took a break for lunch with some vegetable and lentil soup. Apples and peanut butter are my new favorite snack if you couldn't tell. 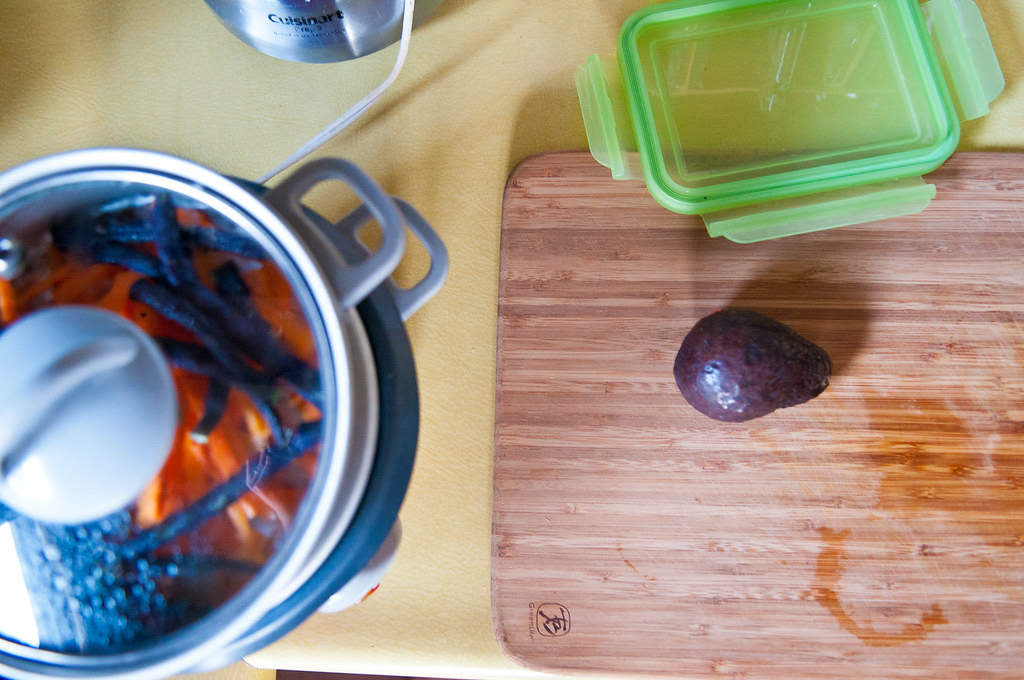 Then I started prepping for dinner. 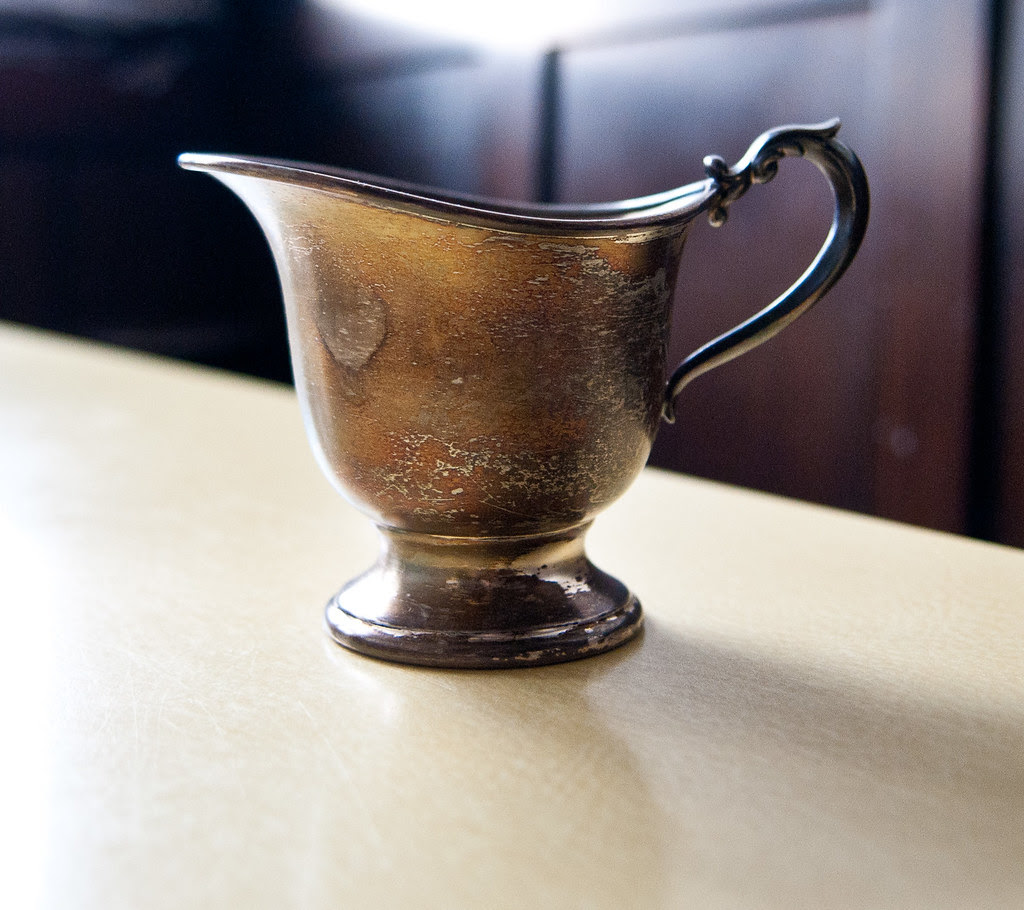 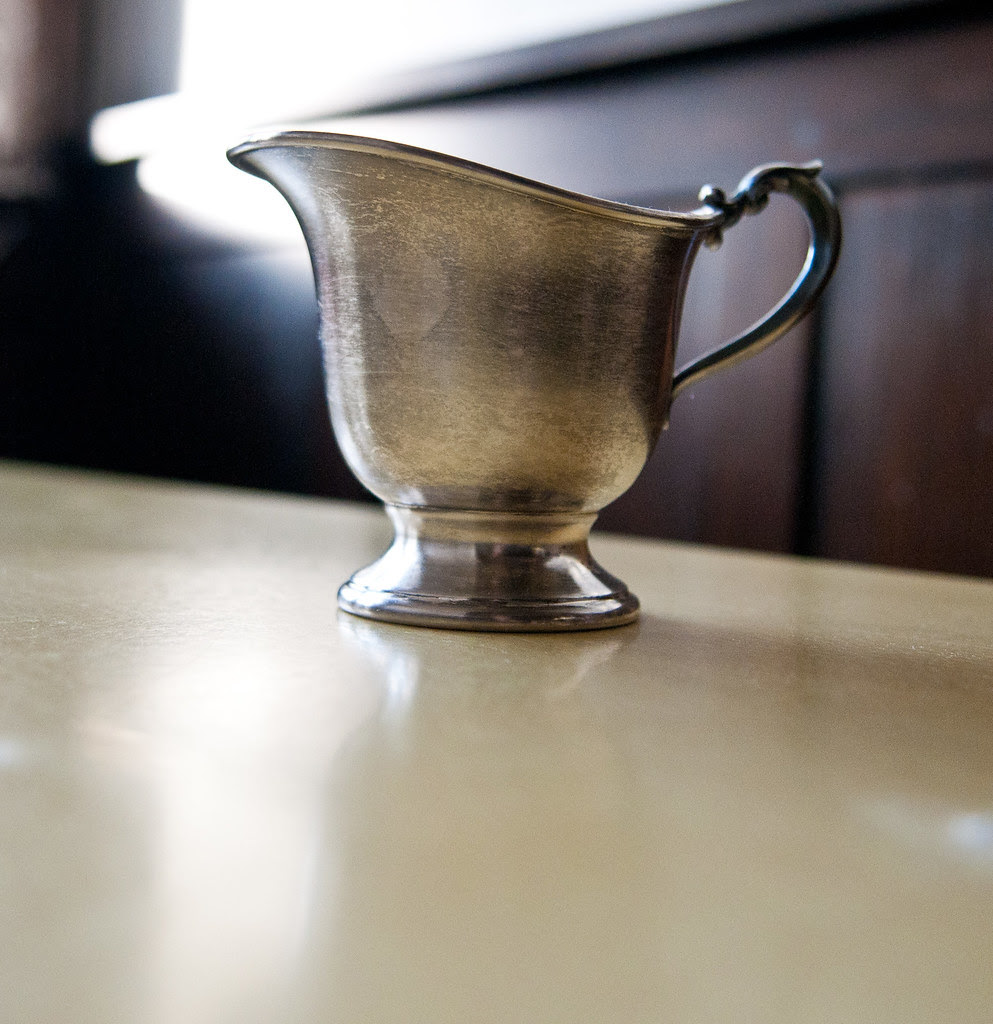 Next I polished some of our silver with a baking soda paste. What can't you do with baking soda? 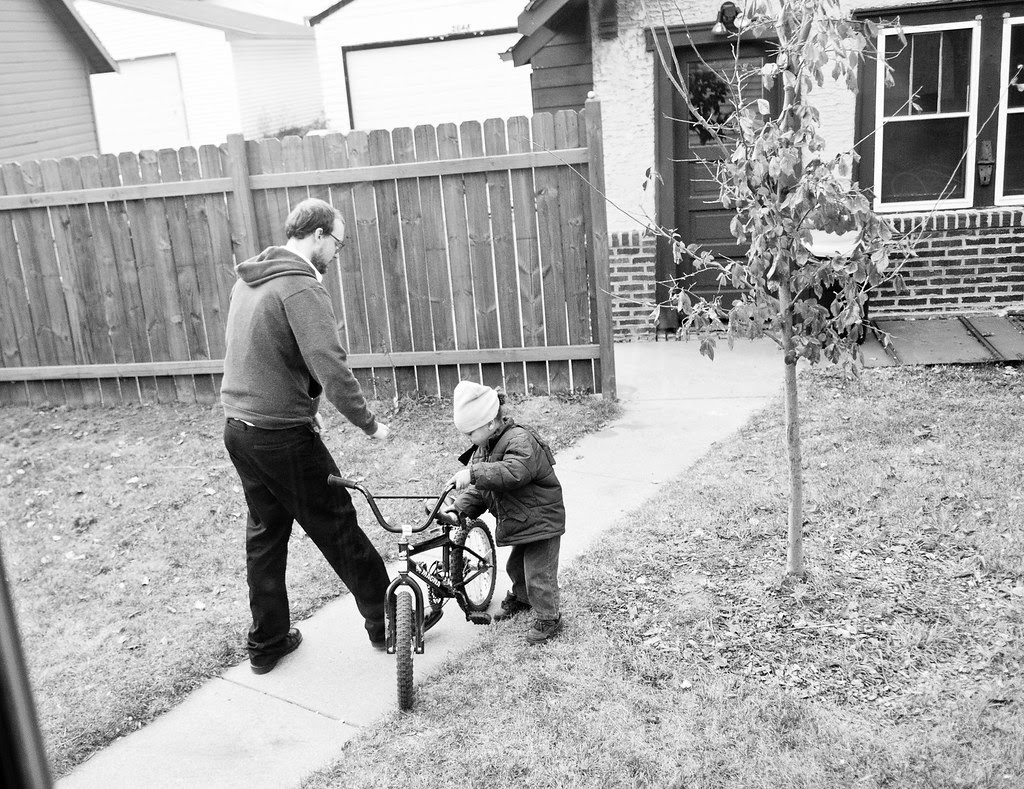 Scott returned home, but the kiddos got him first.

They wanted me to "air up" their tires. I always tell them I don't know what that is. Then they say pump up after I give them a hint. 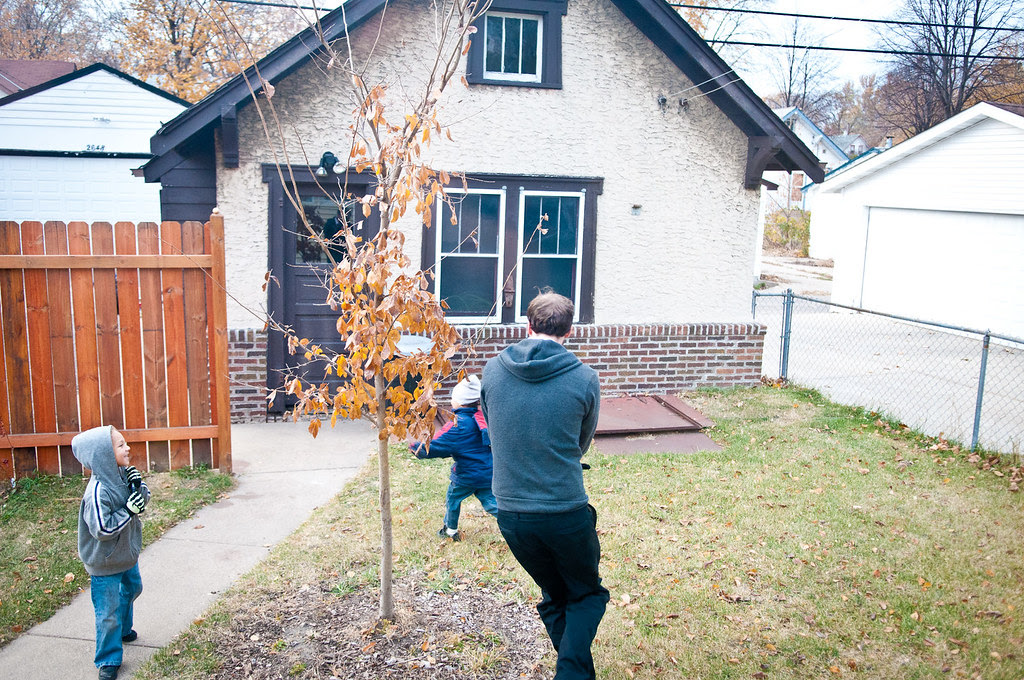 Scott scared them by chasing them with Peanut. 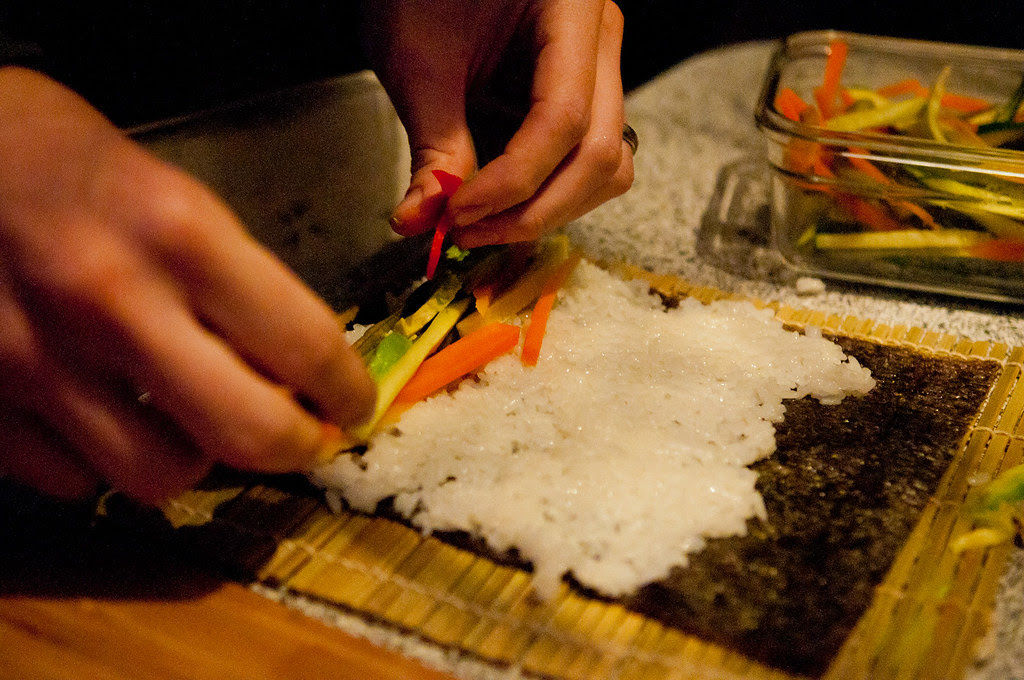 Then we made sushi for dinner. We hadn't made it since Easter. Unfortunately none of our friends could join us. Sucks for them. 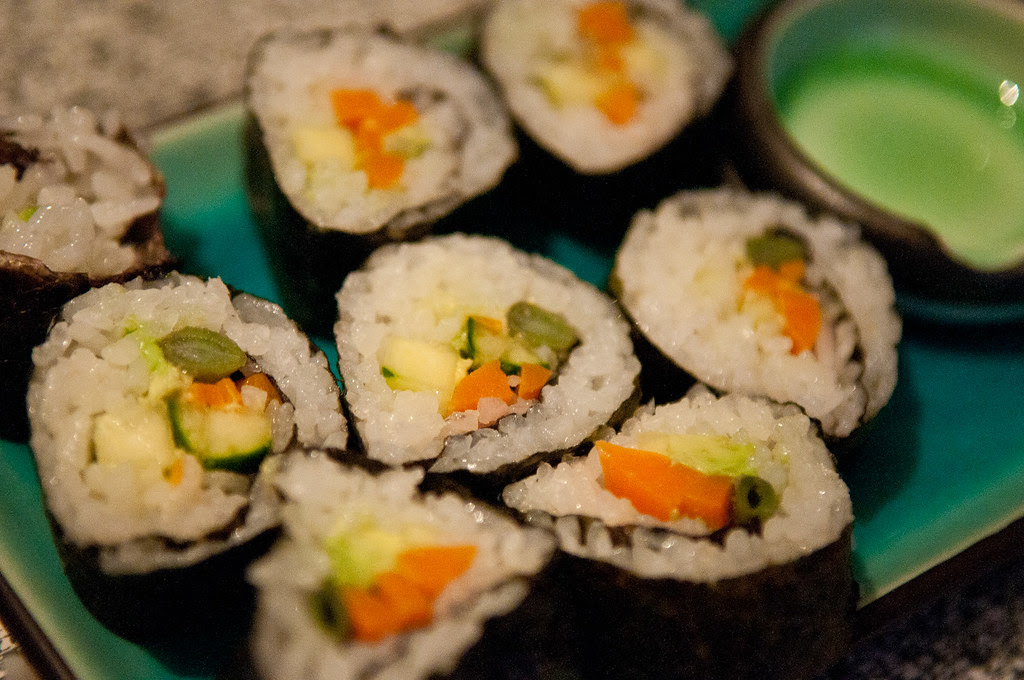 It was probably better that our friends couldn't come. We only made enough rice for three sushi rolls. On the way home from Crap Squad I stopped by my favorite international market, Sun Foods, to pick up more rice, but it was too late by the time I got back. 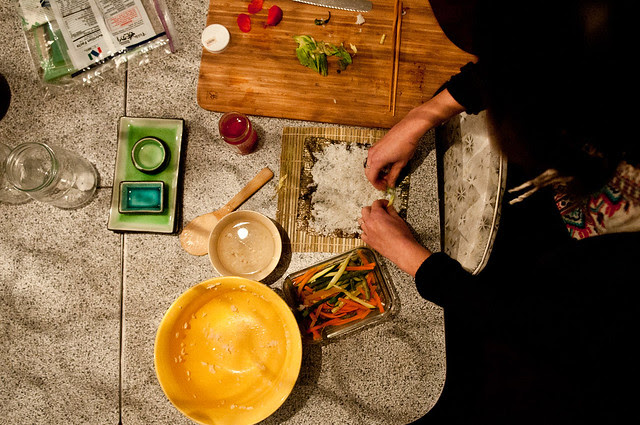 Sushi rice is the most time consuming aspect of veggie rolls. To this date, we still haven't been brave enough to make fish-based sushi. Living on the no coast is probably a good reason not to have real sushi. 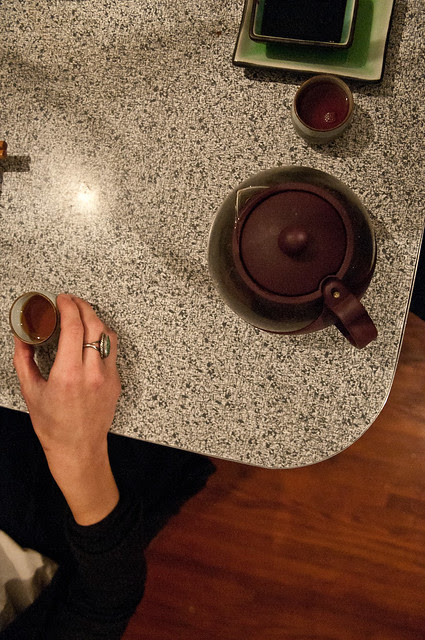 To kill time we drank lots of tea. By the fourth or fifth tiny cup we were pretty wired. I'd been up since six in the morning, so this was a plus. 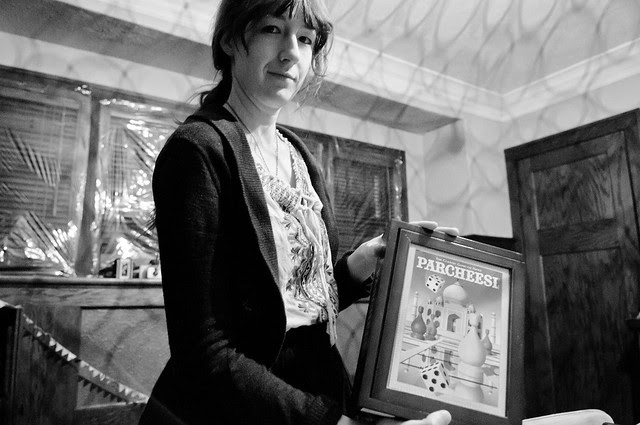 We got Parcheesi as one of our gifts. The two of us spent at least 15 minutes reading the instructions. 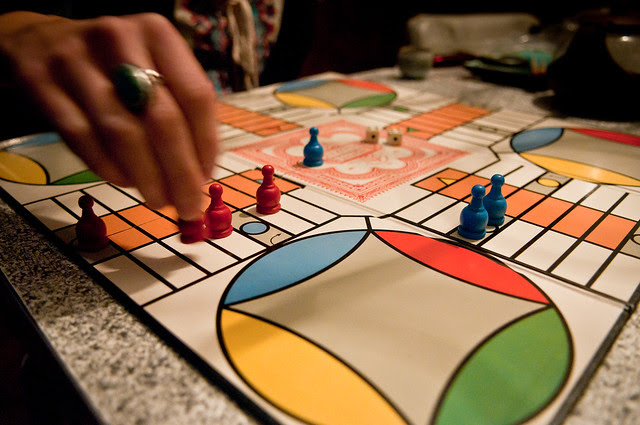 The game is basically Sorry! with more rules, strategy and it was invented in India. For instance my two blue pieces to the right are creating a barricade on a safety spot. This allows me to block Brooke, while my other pieces go around to my home strip.

I think we'll be playing a lot of Parcheesi throughout the winter months. 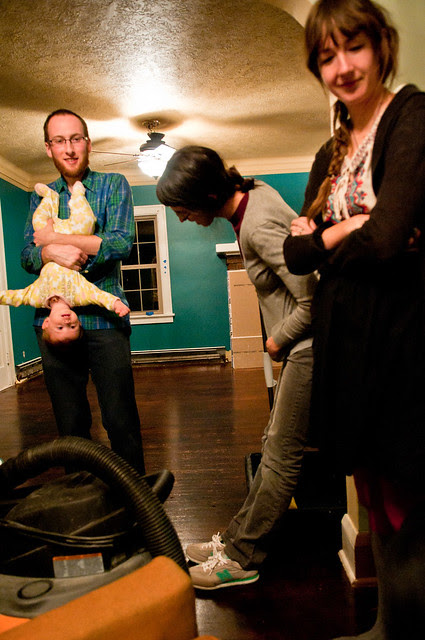 After one brutal game of 'cheesi I took Brooke over to the Fiala's. 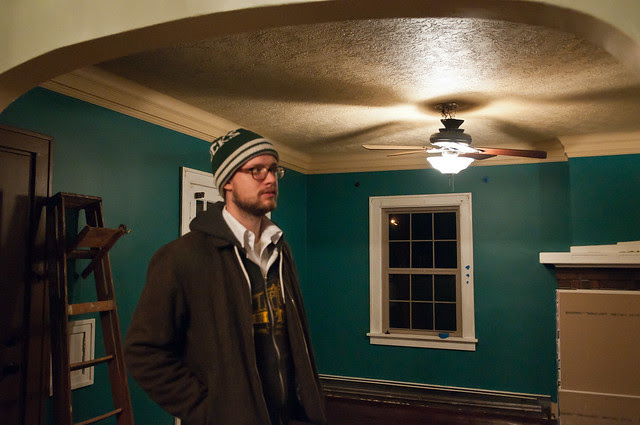 Scott had to return back to work for a meeting.

It was our annual Black Friday meeting. Yipee! At least we got pizza. 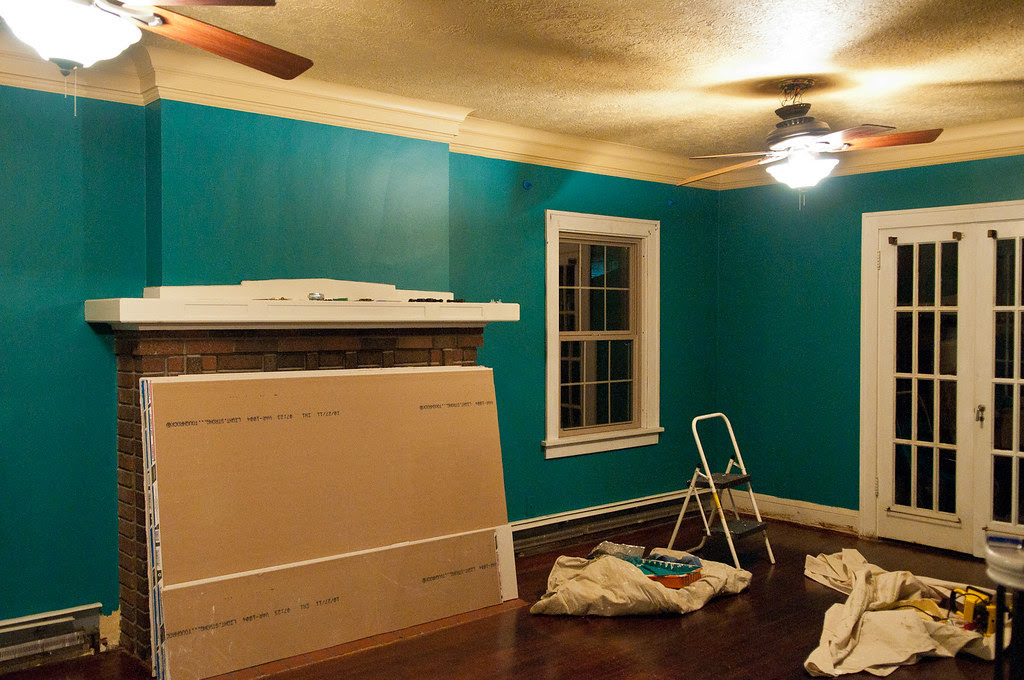 Tyler and Emma had their ceiling redone earlier this week and were painting the living room. I wanted to check it out.

I thought teal would be a bit much, but it didn't look so bad after all. 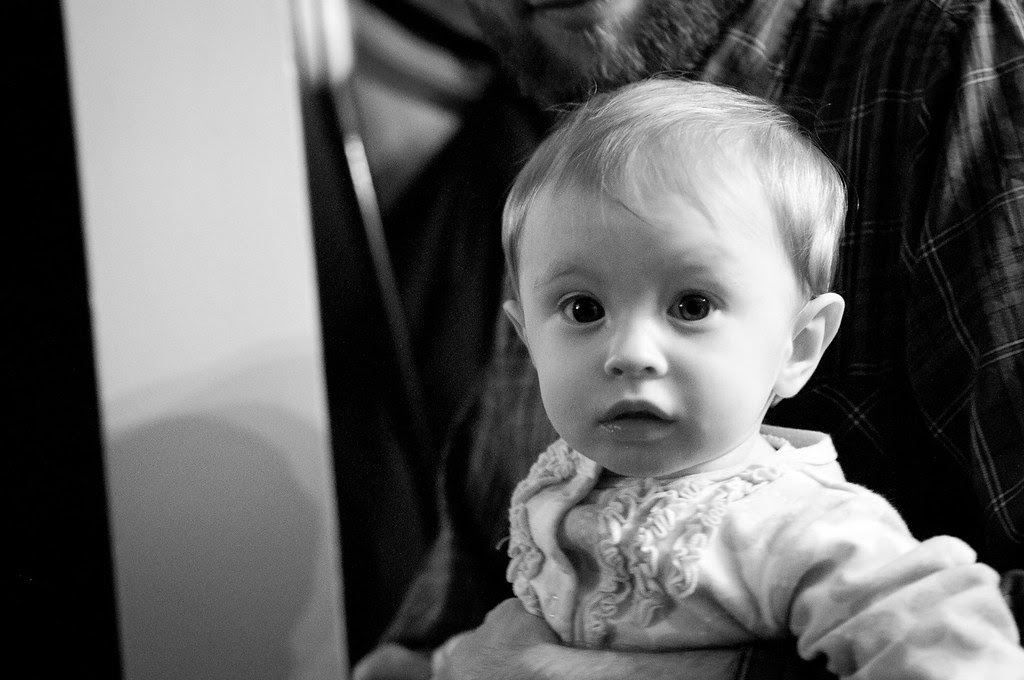 We saw Olive briefly before she headed to bed. 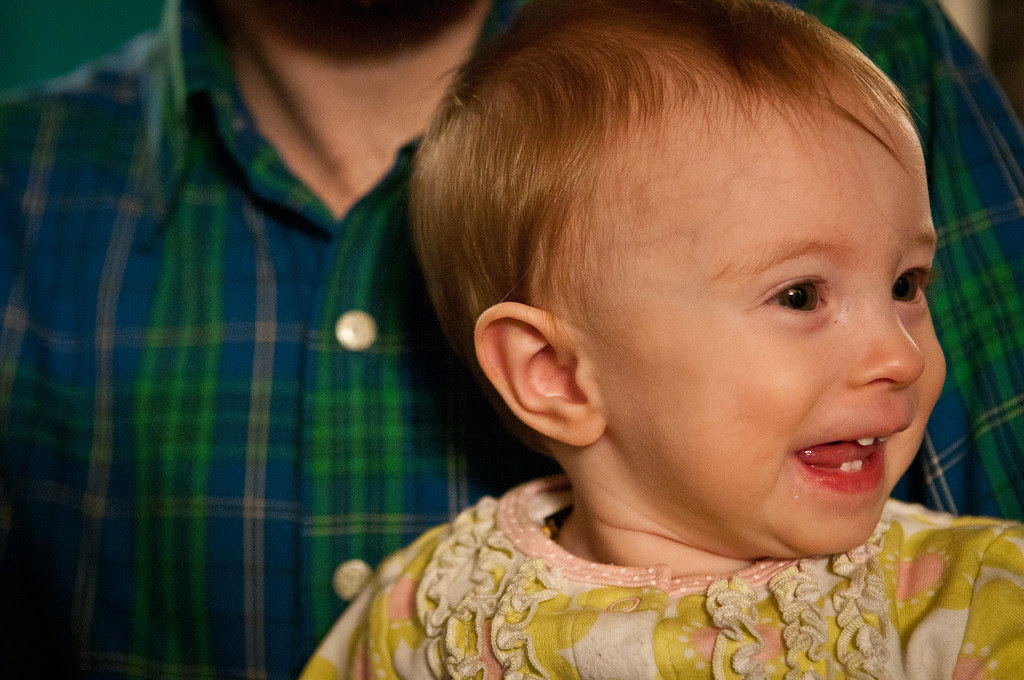 She has four teeth grown in now.

The top two make her look like a beaver sometimes. 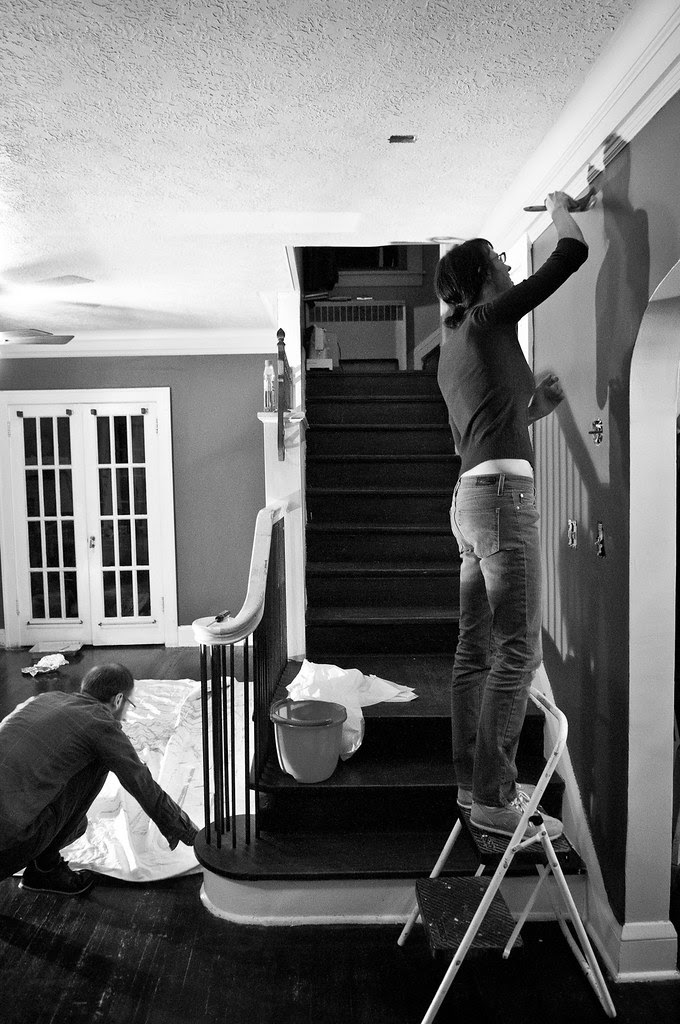 I watched the two of them paint while Scott was at his meeting. He picked me up on his way home and we called it a night.

Amanda said…
Oatmeal? What a surprise. Your house looks really nice. Good job cleaning. Ha, how did Peanut get inside the cupboard? Do you still have the shake mixer? I’m interested…

I would never have guessed that you had cupboard space underneath those benches…you have more space then I thought.

Brooke said…
Amanda-Since you're the first one to claim it you get the Shake mixer! And Peanut jumped in the storage area when I opened it. Brooke.
4:08 PM, November 25, 2011