Summer Vacation Is Coming To An End

By Brooke October 29, 2006
I've been pretty busy all week with many visitors. Zach, Ann, Jolene, and her boyfriend Adam came up last weekend. It's hard hanging out with them and not having money. I was glad to see them though since the last time I saw them was in June. It's nice that even though we didn't talk much the past few months things are still the same and conversations aren't akward. 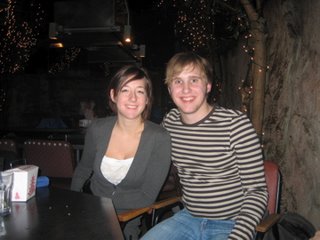 Two days later Cevonne and Blake came up. Cevonne and I had plans to go see our favorite band and my future husband. When we got there (two hours late) we found that it was sold out. The ticket man said if we wait 10 minutes he might let us in. I thought it was fate that we finally made it in. Well, the opening band was just finishing and then Jesse walks out. Unfortunatly my husband got food poisoning and wasn't able to sing. Poor Cevonne drove 5 hours to see them. 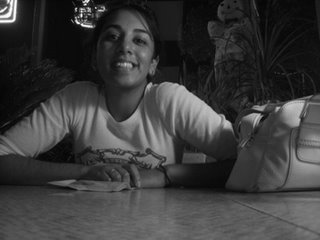 I guess it was ok because we were getting really sick of all the 16 year girls pushing us. We made up for it by making Blake play Girl Talk with us. 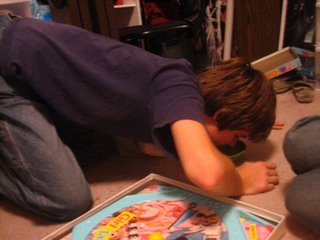 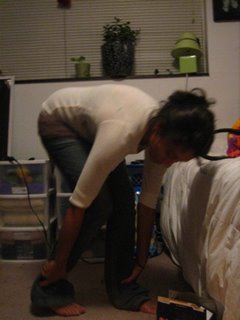 Cevonne left early the next morning so it was just me and Blake. 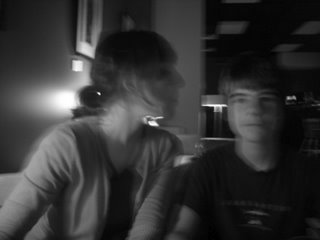 I wish it was still warm out because I didn't know what to do. I took him to the mall. He caused a crowd at Lego Land. 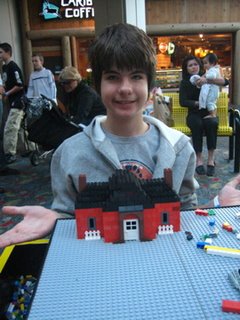 I took him to his first college party. He was a paper knight. 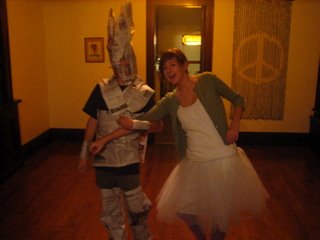 I dropped him off in Chippewa Falls and now my house feels empty besides my roomates. 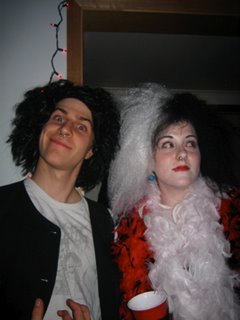 This weekend I'm either going to Chicago, Eau Claire, or home, I haven't decided yet. I'm staying at Menards, even though I hate it I'll be getting 2 dollars more an hour. Plus I don't really want to be working at the mall during Christmas.

I've done more knitting. I made a toy for our kitty. 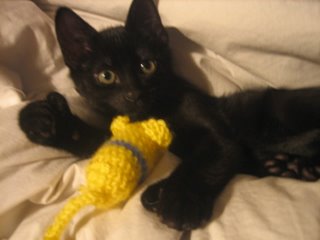 and a scarf for the boyfriend 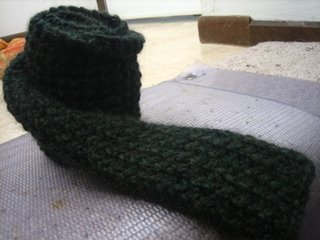