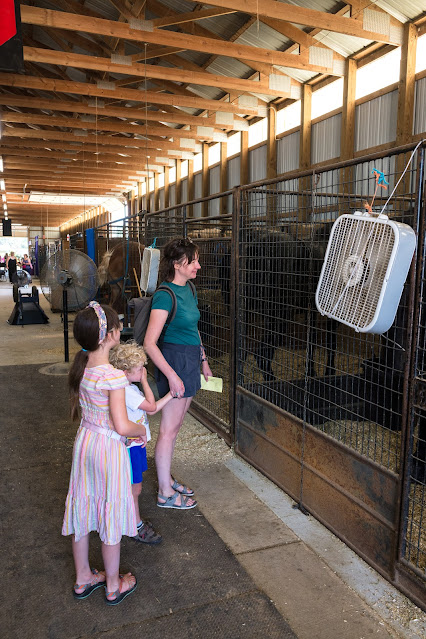 August can mean only one thing: a visit to a county fair. This year we journeyed to the Scott County Fair in Jordan, Minnesota just south of the Cities.
We like to try a new county every year.
City kid Theo didn't like all the animal smells. 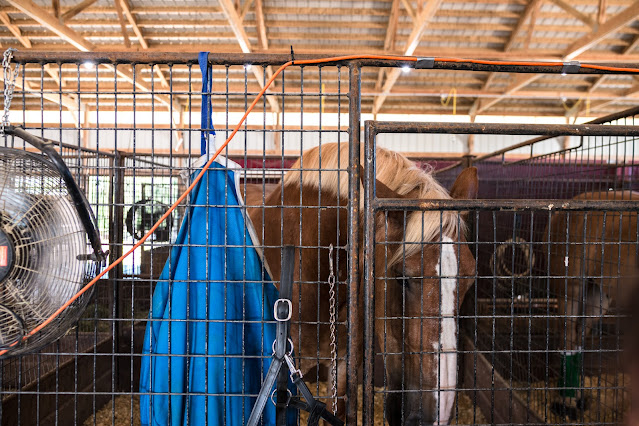 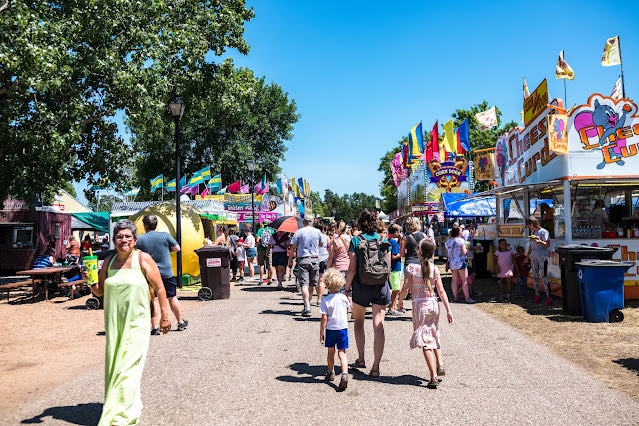 After the animals we looked for some lemonade and something to eat.
With being so close to the cities I thought this would be a bigger fair than it was. 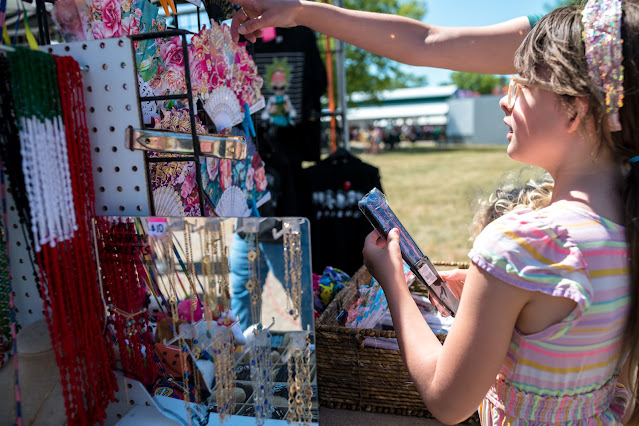 The kids have been doing chores every week to earn money. Meadow really wanted these fold up fans. She had just enough and it was buy one get one so she let Theo pick one too. 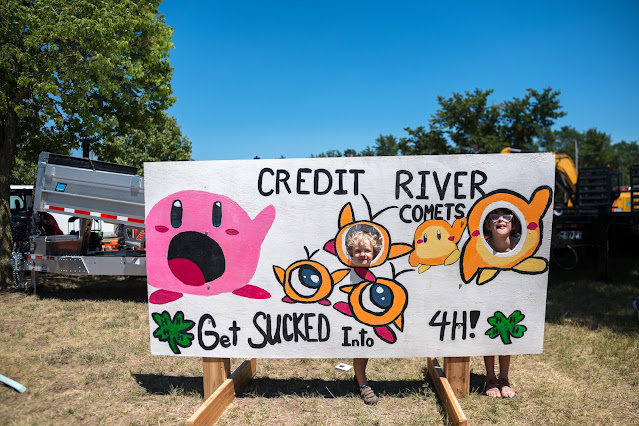 I guess Kirby is having a moment. Theo loved this cut out. 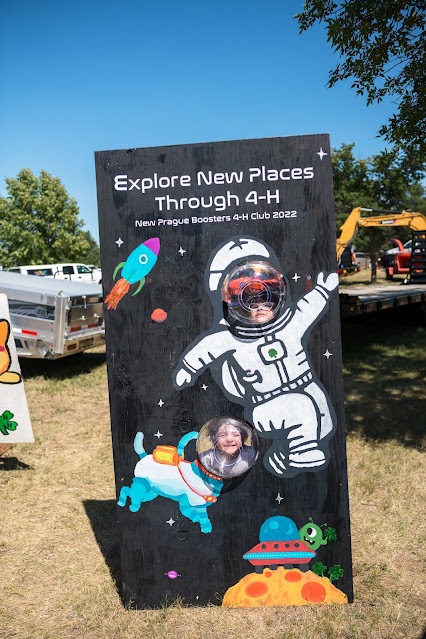 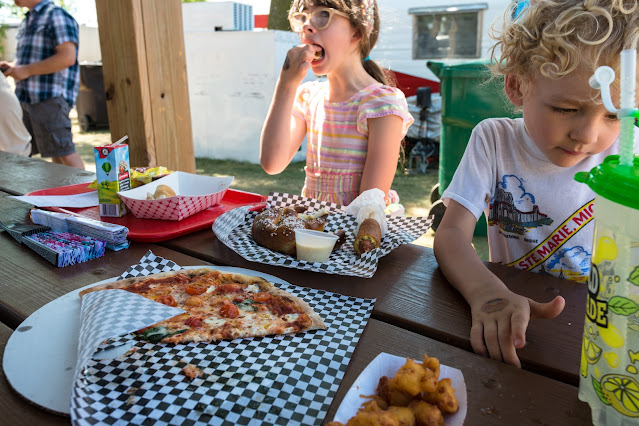 We went all out on the food.
Meadow got some hot dog kids meal from 4-H, we got wood-fired pizza and Theo got cheese curds and pretzels. Not a bad county fair smorgasbord. 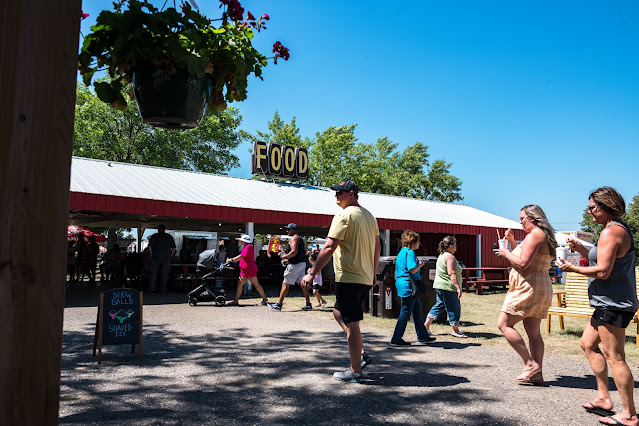 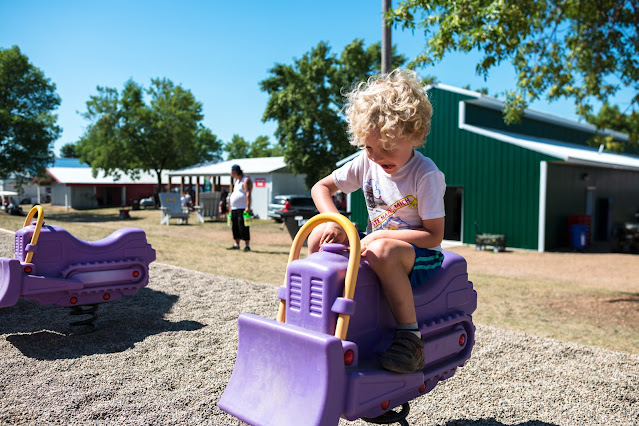 While Brooke and Meadow watched a magic show, Theo and I checked out the free advertising for Rainbow Play Systems. 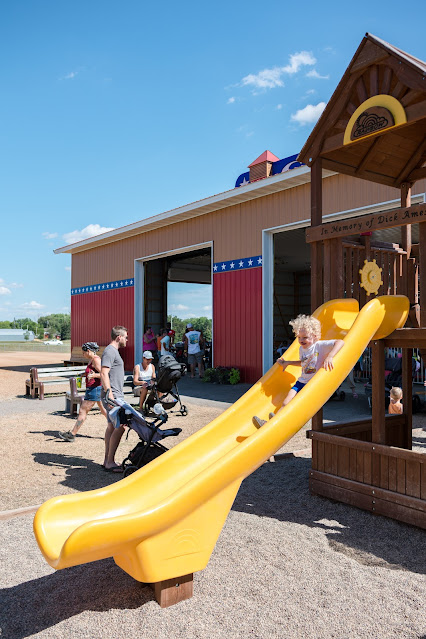 He actually managed to play with kids around (even if he tried to avoid them). 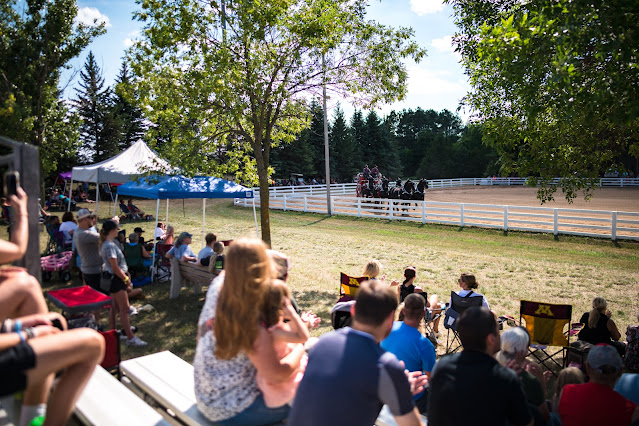 As soon as the magic show was over we checked out the Draft Horse Show. It was hot in the stands. Good thing the kids got those fans. 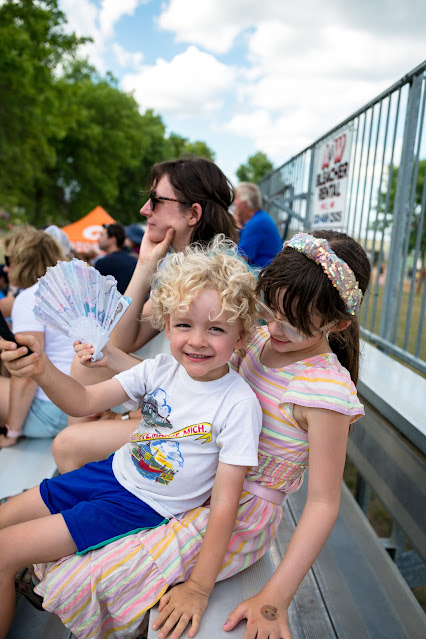 We didn't make it to the end to see who won because we wanted to get to the pig races. 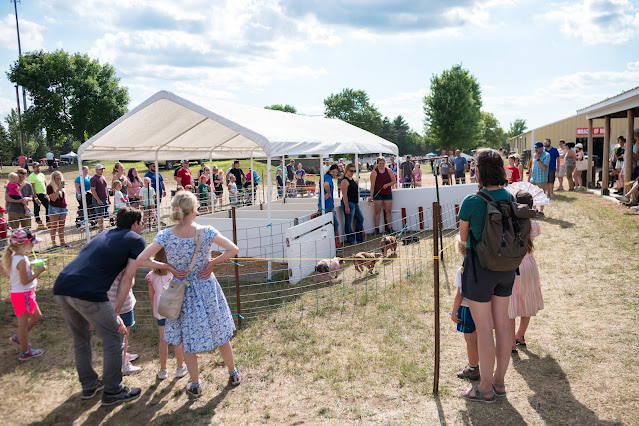 Second time's the charm. We actually got to the pig race on time.
Scott made it seem like this is a common thing but I don't remember ever seeing a pig race.
They had this at the Wisconsin State Fair. 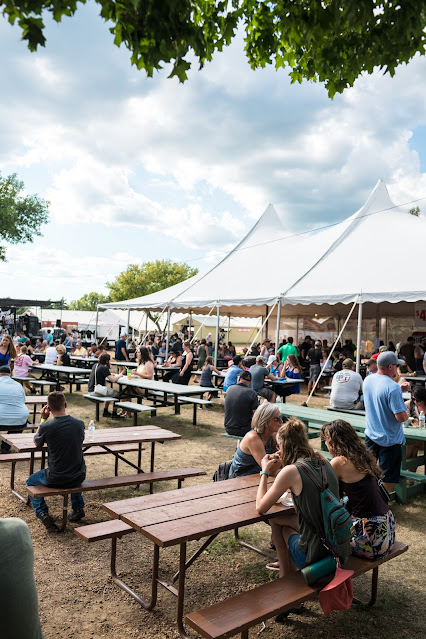 The kids were not into rides this year so we walked around the fairgrounds to check out anything else we hadn't seen yet. 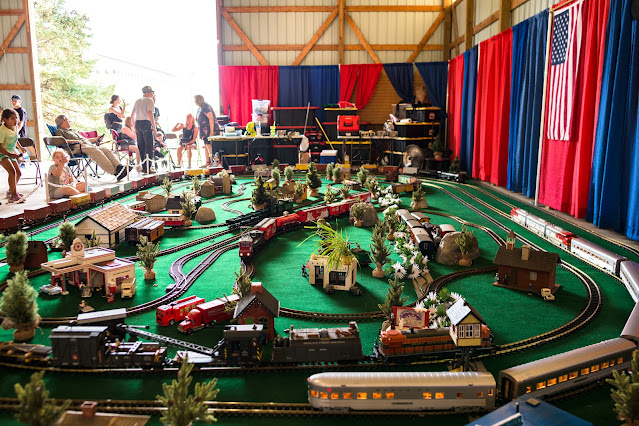 The giant train set was probably Theo's favorite part of the fair.
He wanted to sit and watch for awhile. 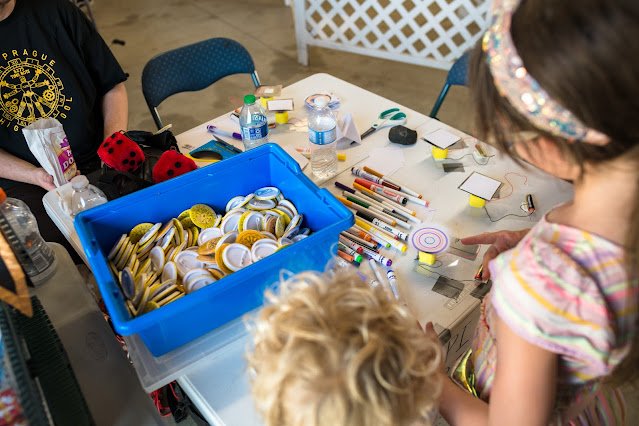 Meadow got to do spin art by the robotics area. 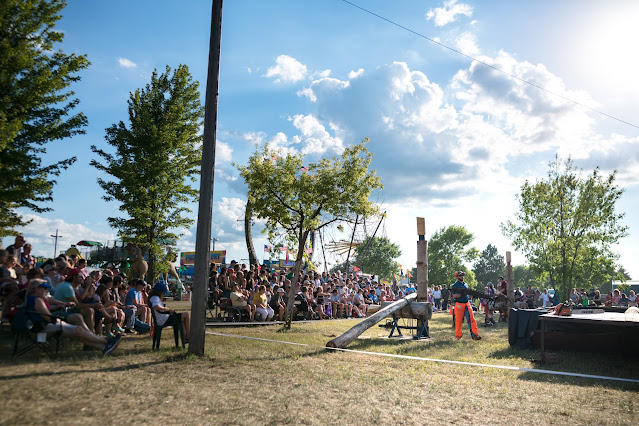 Then we checked out the lumberjack show. 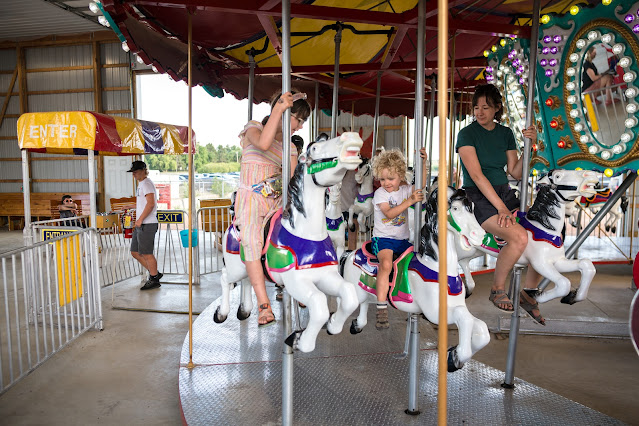 We finished with a ride on the carousel. 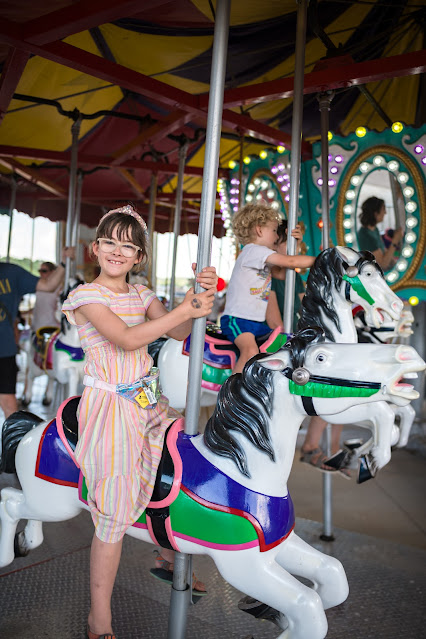 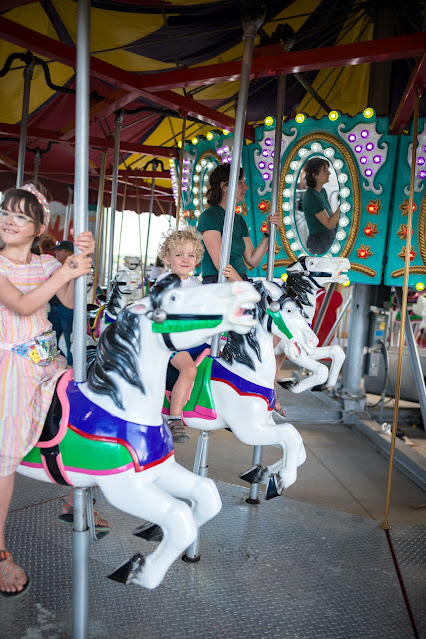 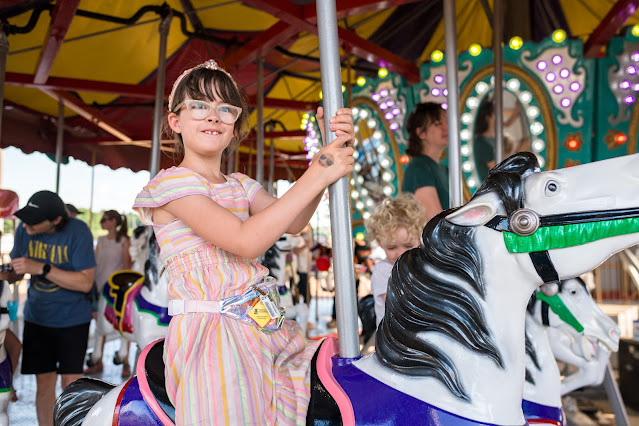 Even at 9 she absolutely adores a carousel ride. 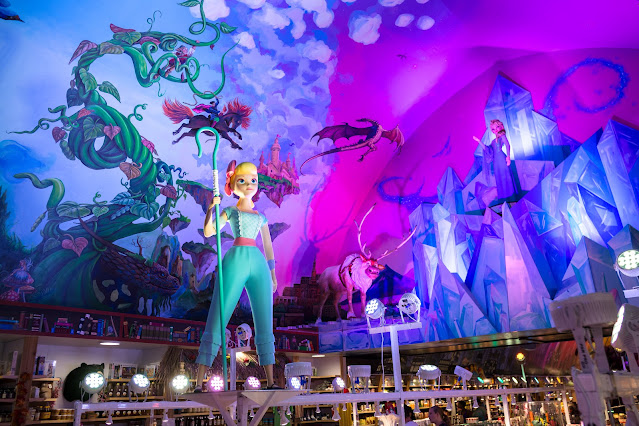 I may have mentioned to Meadow that we'd be near Minnesota's Largest Candy Store. I think she couldn't wait to go all day.
You know I ended up walking the entire place only to get their homemade nut rolls and a root beer.
Hot tip: if you go at 8:00 at night it's not so busy. 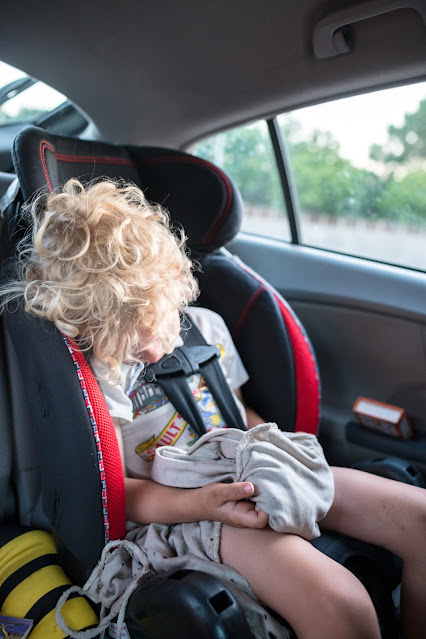