A Day Hiking in Osceola 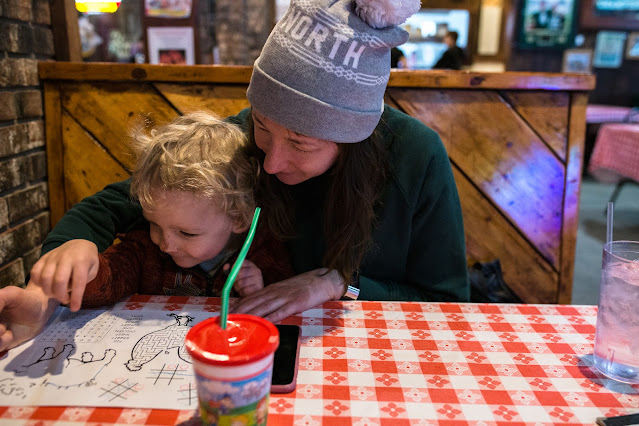 On our little hiking trip yesterday Meadow complained her hiking boots were too tight. Didn't we just get those for her? I found a pair her size on Facebook Marketplace. Since I had to meet the seller in Hudson we decided to make a day out of it. After picking up the shoes we were hungry for lunch.
This time with Scott. I was back! 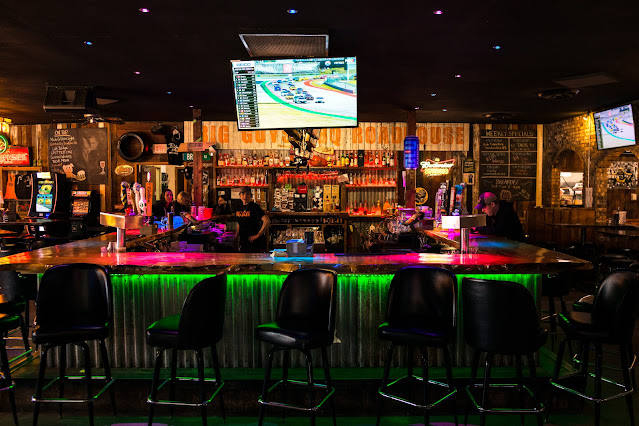 We weren't sure where to eat and saw Big Guy's BBQ Roadhouse along WI-35.
The food was pretty good. Probably ordered the wrong items though. 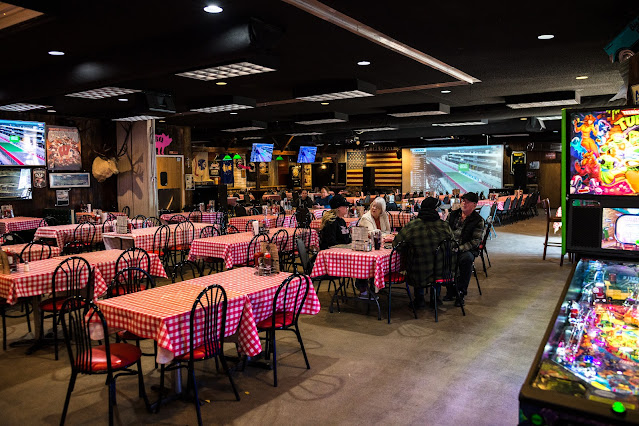 Wonder if this place is ever full.
Maybe during a Packers game? 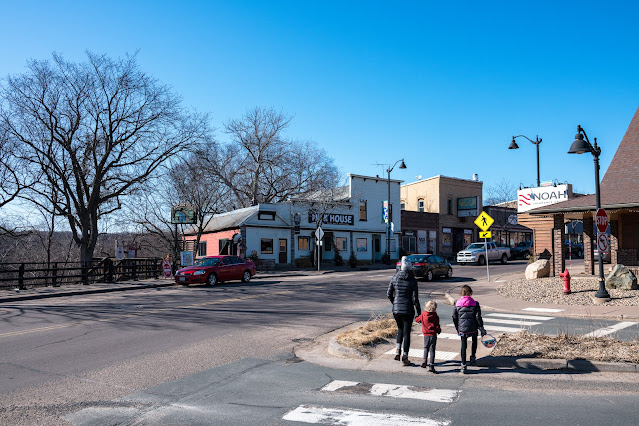 As part of my never ending saved locations on Google Maps I had Cascade Falls saved for a few years now. Since we were in the "area" we drove up to Osceola.
She's kind of obsessed with waterfalls and Minnesota's Hiking Club trails. I just want to go for a hike. 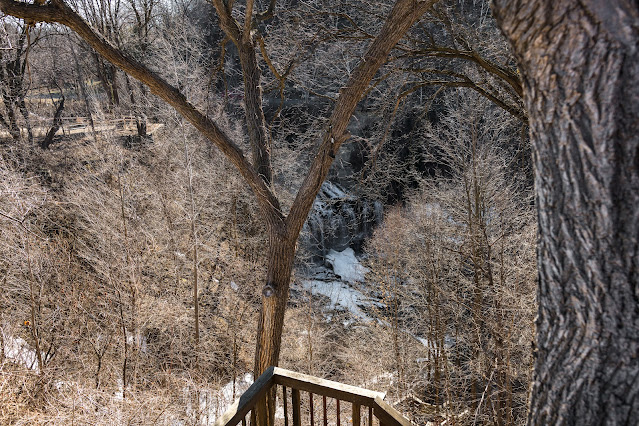 The stairs to get down to the falls was closed off. I thought it was just because they don't shovel in winter. I later read that there are some foundation issues so the staircase and nearby buildings need to be moved. 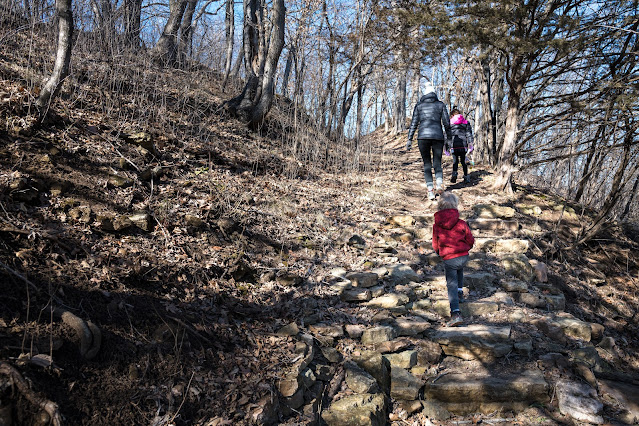 We found nearby signs for a trail and we started following them. 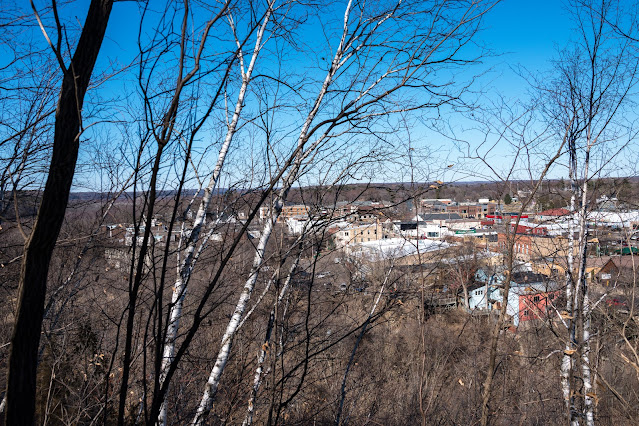 Eventually we were high above the town. 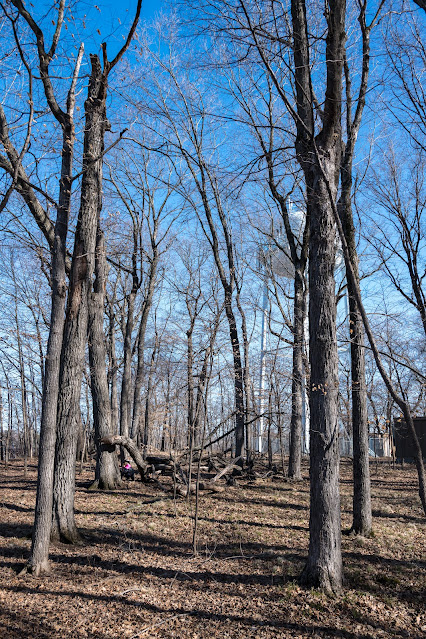 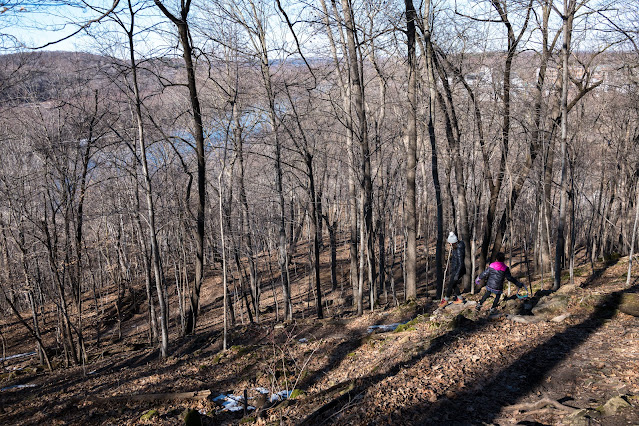 It looked like the trail went back down towards the falls so we kept going. 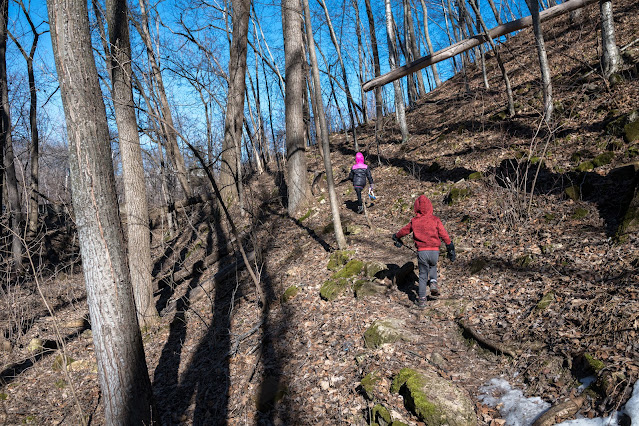 We dead ended at Osceola Rd. I ran across and it didn't look like the trail continued. Again, I later read that the trail does cross the road (SPOILER ALERT: it passes under the road). Next time. The kids were excited to go back to this big hole anyway. 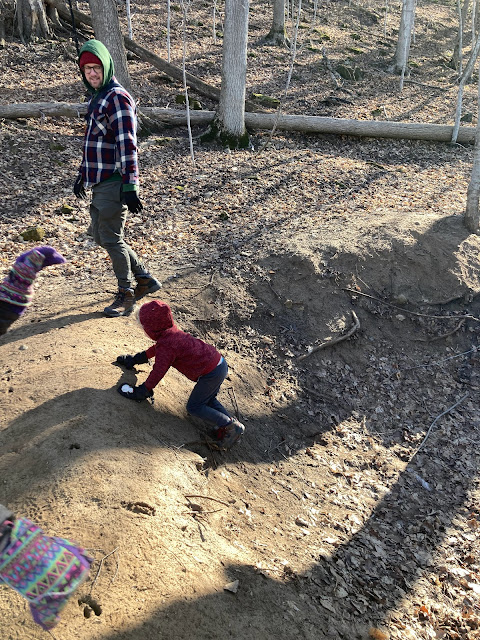 Even I ran across. 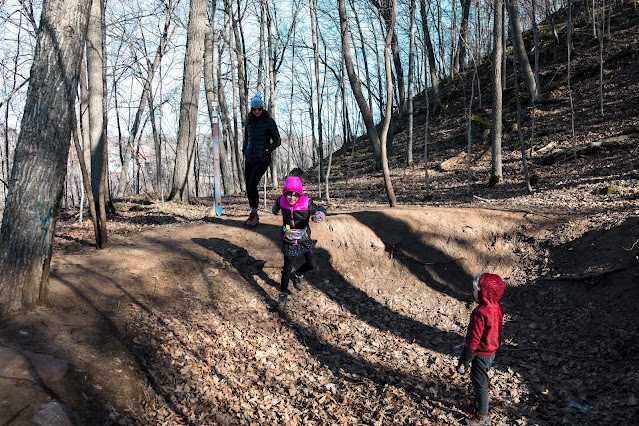 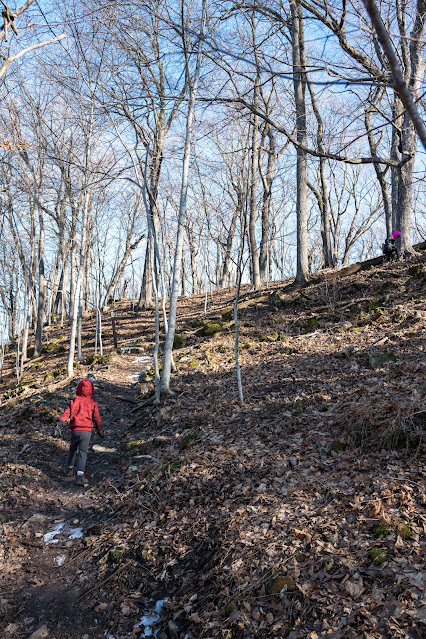 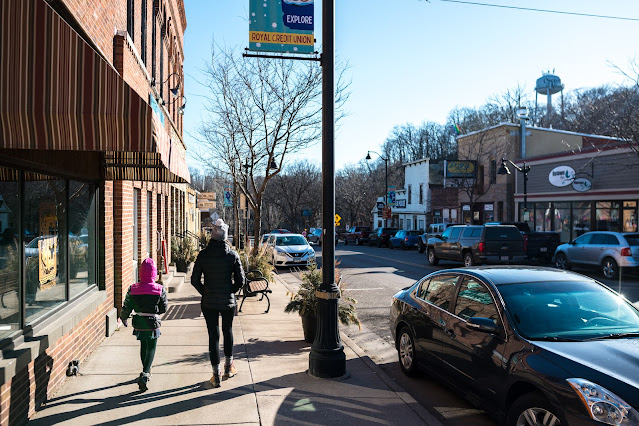 We thought we'd keep the day going and go bowling. The bowling alley in town was super cheap. $3 for a lane and $1 for shoes. But inside everyone had the same idea.
It was also kind of awkward with the bowling alley tucked below the bar. But it would've been fun.
It was tiny and anyone not bowling could see the bowling alley. 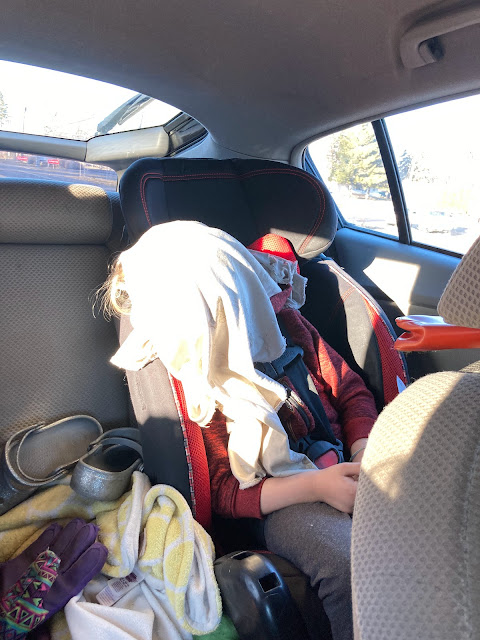 Theo was sad and hungry.
And tired from all the fresh air I guess. 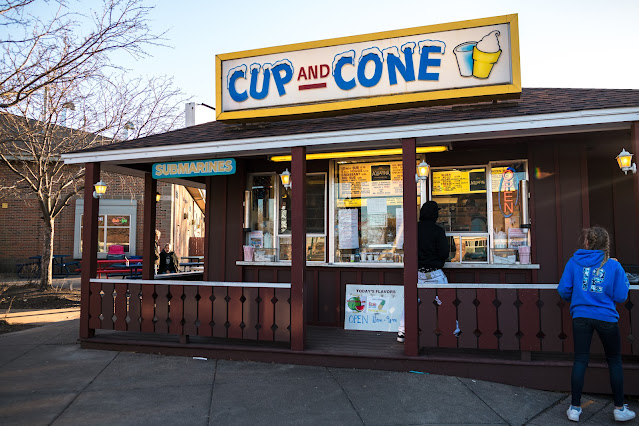 We decided to stop at Cup and Cone in White Bear Lake to make up for it. Everyone on Minnesota Twitter loves this place. 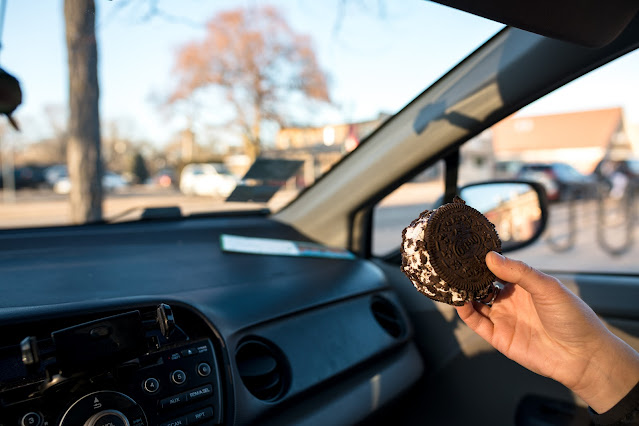 By Scottie and Brooke Tuska April 25, 2022
Meadow and Brooke have been making cookies every week from the book she got for Christmas.    This week we attempted to make French Macarons. Even though it was a total fail it's been something I've always wanted to try. I even bought a digital scale to make these. Now that I know the process I want to try again.     They were delicious. But what do I know. Our neighbors were giving us their playset as their kids outgrew it. We just had to figure out how to get over the fence. Original thought was wheeling it over on a dolly, but all of our gates were too narrow.   The kids were waiting oh so patiently.
Post a Comment
Read more

By Scottie and Brooke Tuska May 15, 2022
I was traveling abroad for work, so I tried getting some projects done before I'd be gone for a week. I focused on wet scraping and puttning down a coat of Peel Bond on the window sills. They weren't in great shape, but this would hold us over this year.   Our windows are full of peeling lead paint. Now that it's finally getting warm out I didn't want to open the windows until we knew they paint was encased.     Meadow was prepping for her birthday party. Still a month out, but she was ready.   She is really into the show Lion Guard. A spin off of Lion King. This is what she has decided her birthday theme will be.   Brooke worked on the linen closet/hallway ceiling.   I'm back to working in the office after 2 years of working from home. With Scott gone for the next week we asked my parents if they could watch the kids. I felt embarrassed that we hadn't painted the ceiling after my dad helped us install it last November.
Post a Comment
Read more

Gardening and Birthday Party at MOA

By Scottie and Brooke Tuska May 07, 2022
A good chunk of our front yard was bare dirt. So, we tried our hand at growing grass from seed. It started out well.   First we put down just seed but the birds kept eating it.    Our house came with three raised garden beds. Me and and the kids each get our own. The kids were responsible for cleaning up and planing their own gardens. They got to pick what they wanted to grow too.
Post a Comment
Read more