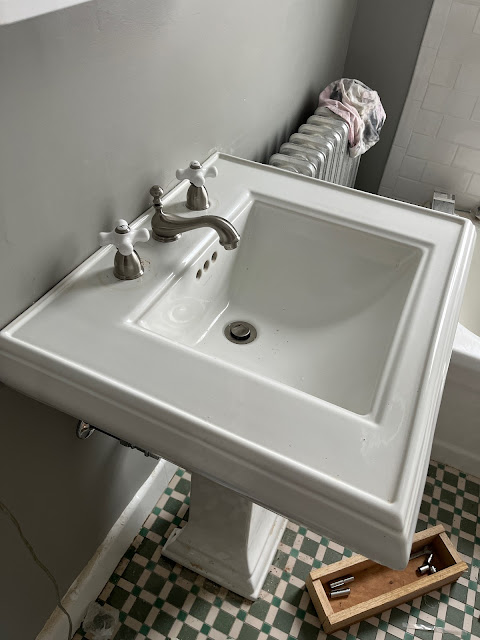 After replacing the faucet and then the water lines we finally had the new sink installed. Putting new plumbing or major pipe repairs is well beyond my abilities, but this was pretty easy except for the mounting.
We originally had scheduled a plumber to come out and do it when Scott realized he could do it himself. 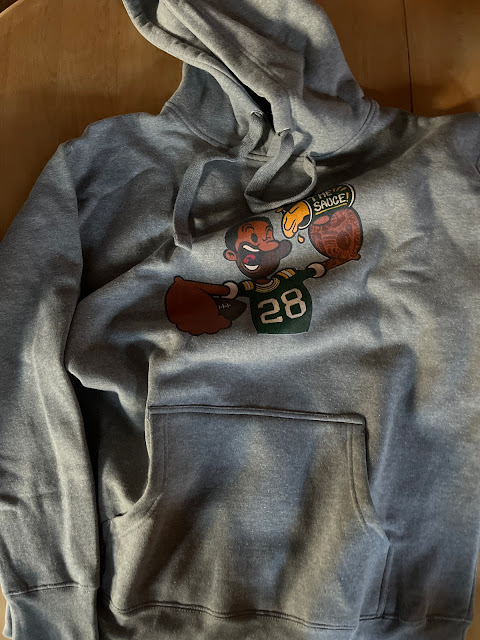 My birthday present from my mother-in-law came in the mail. Yes, I love AJ Dillon!
Too bad it didn't arrive before going to the Packer game. 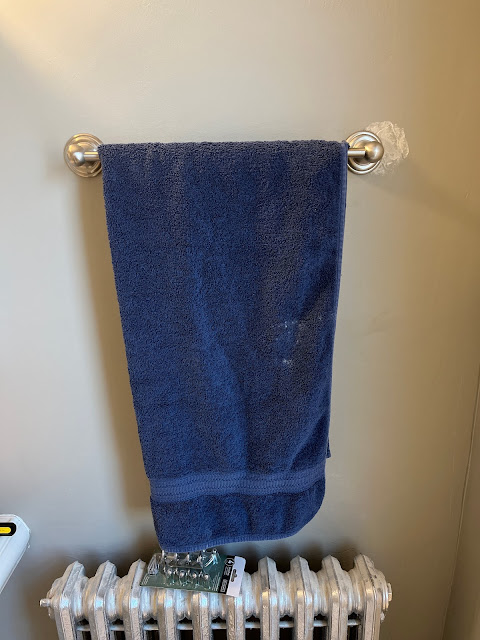 I had to shorten the spacing, but in the end I got the towel bar up. Just a little touch up painting is now needed.
There was a few shelves in this space that we removed. Picking a place for a towel bar is harder than it looks. We never use ours so was hard to imagine. We figured having it near the radiator would be nice for after showers. 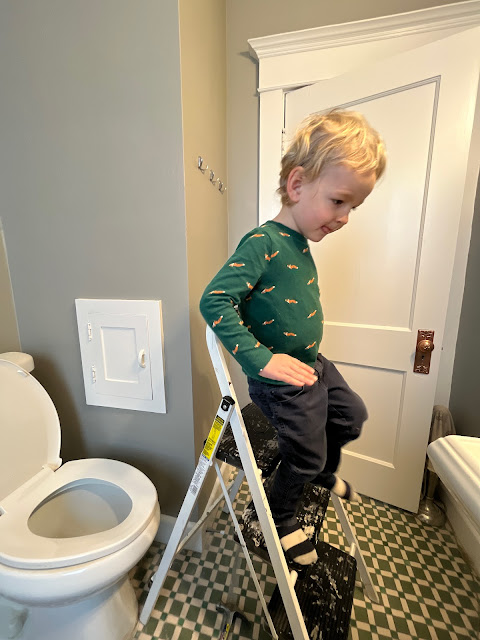 Theo watched while I put up hooks.
I'm a big fan of hooks. 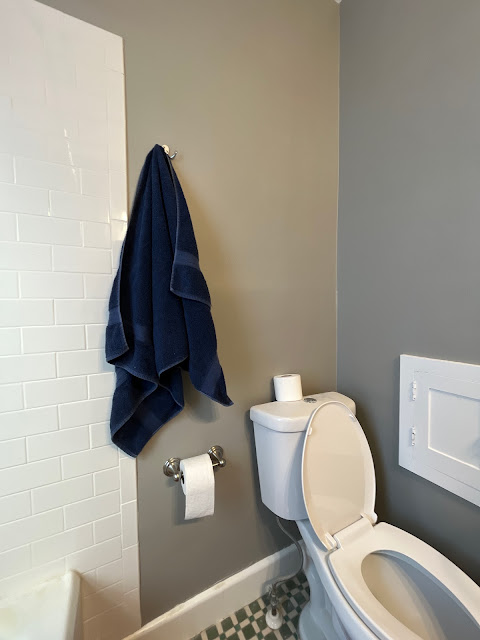 According to Brooke, hooks are very important.
I hate when we stay places and there aren't enough hooks. 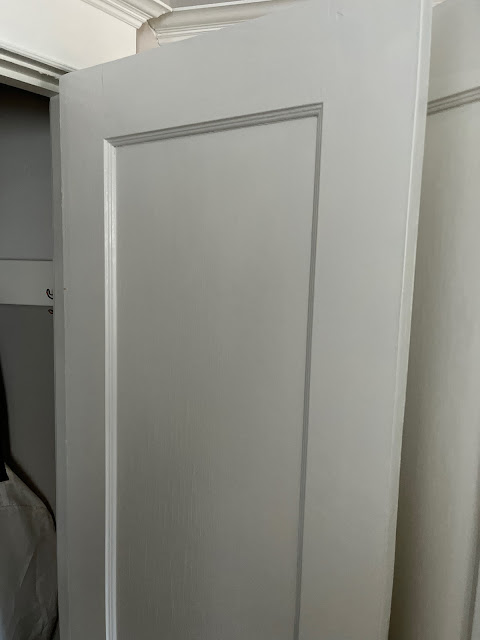 Next I installed some on the bedroom doors. 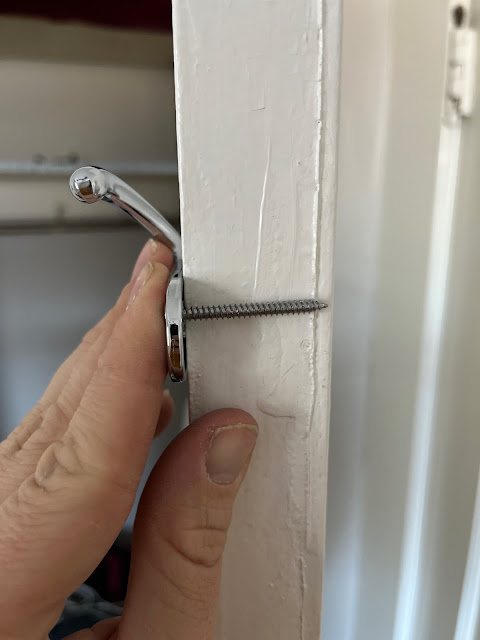 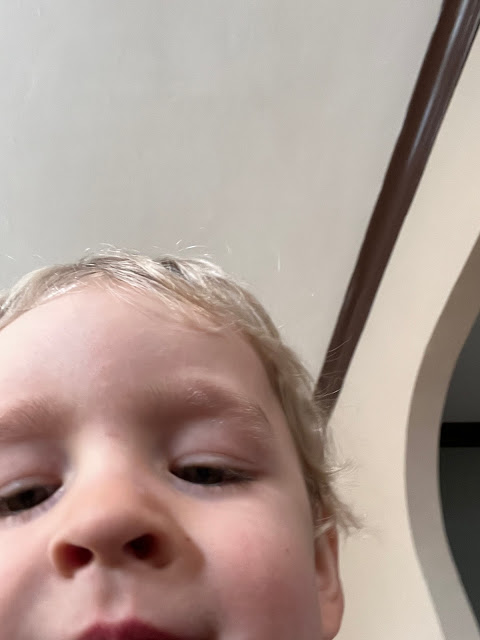 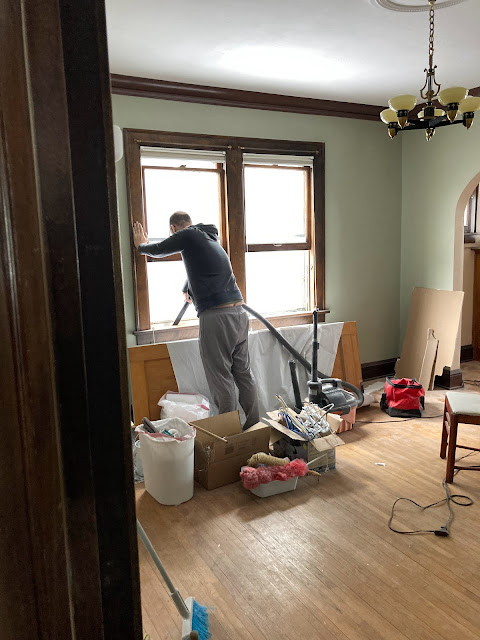 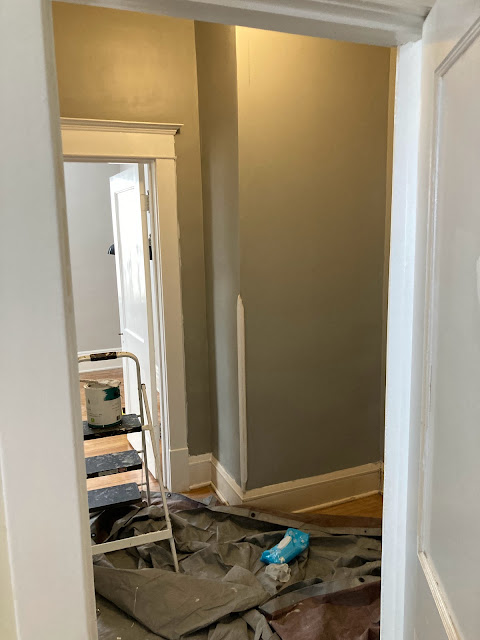 While Scott did that I finished painting the trim work in the hallway. 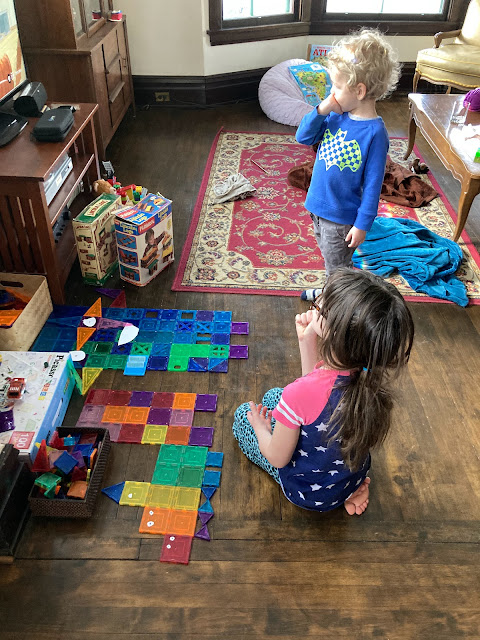 As usual the kids were on their own watching shows and making creations with Magnatiles. 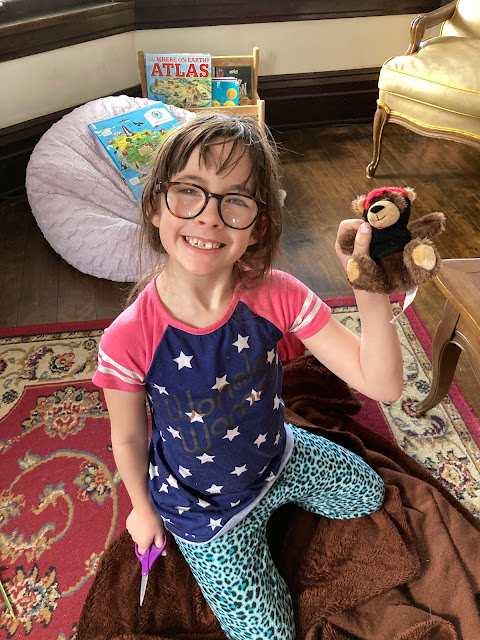 Meadow was also back to making clothes for her stuffies. 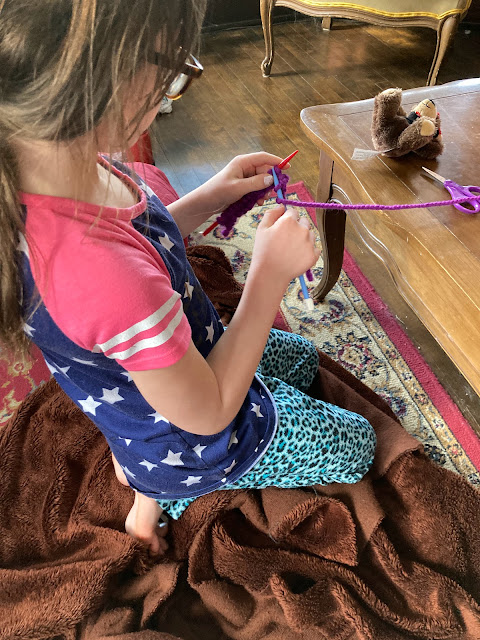 I also recently taught Meadow how to knit and now she's addicted. We stopped at a little neighborhood craft store to pick up yarn and kids knitting needles. 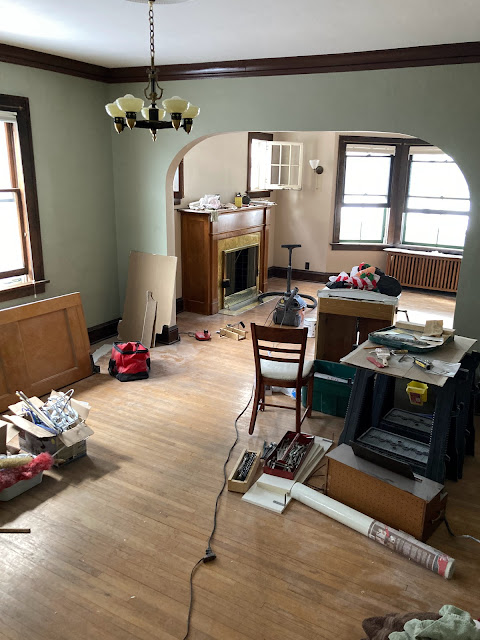 This place is coming along. 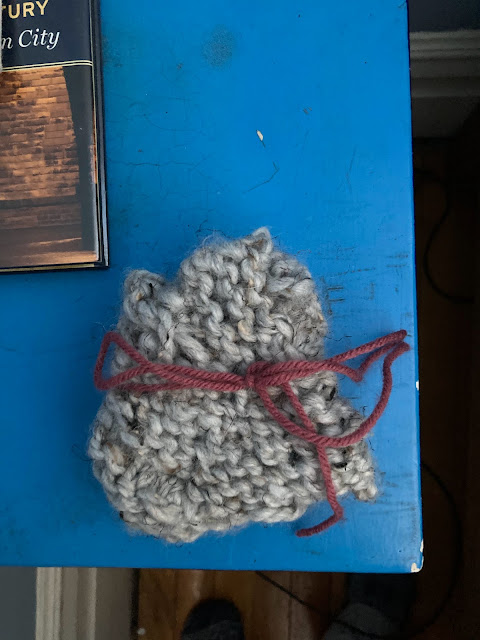 Meadow made me pajamas for my phone. 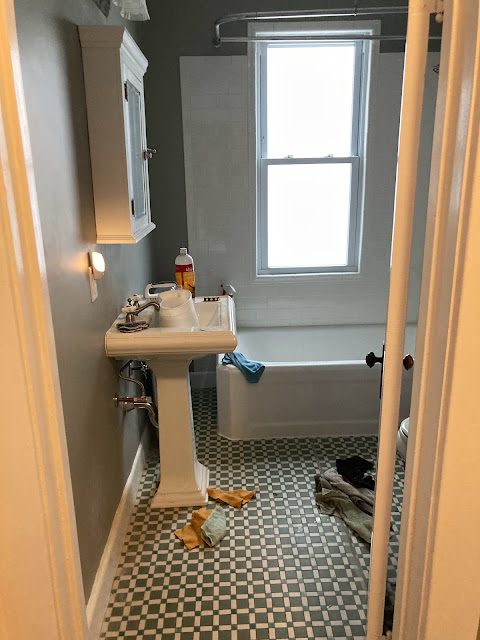 The bathroom was officially finished. All it needed was deep cleaning. 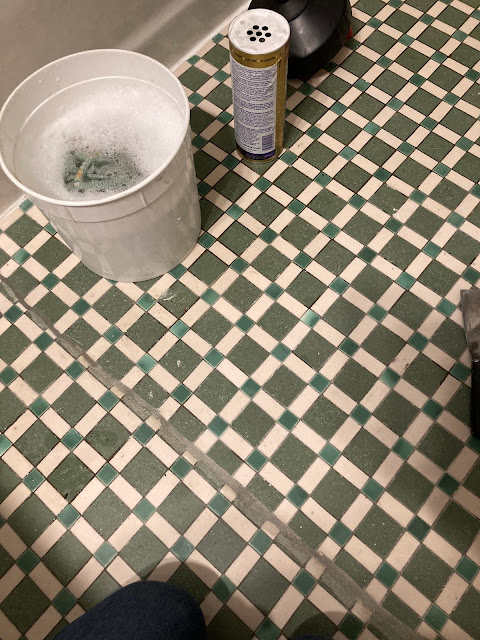 Again, spending too much time on the details. I scrapped off so many old paint spills and other random stuck on debris. 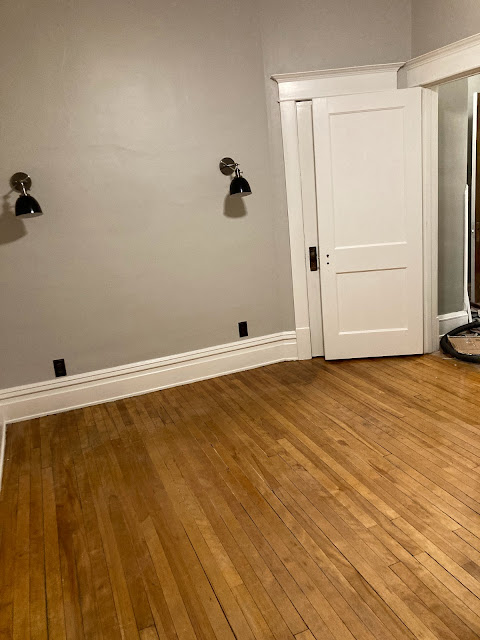 Then I deep cleaned the smaller bedroom. Tyler is coming to stay for a few days and I didn't think he wanted a dust filled bedroom. 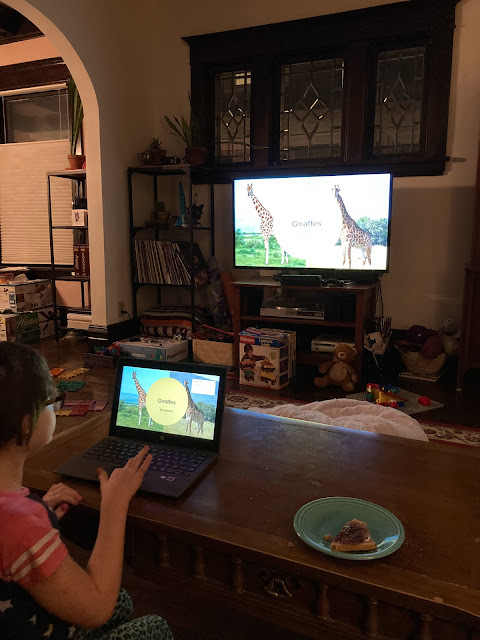 To end the weekend Meadow showed us her giraffe presentation that she made at school.