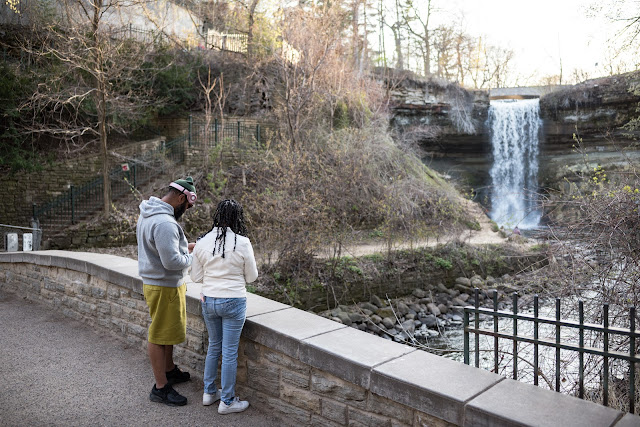 We had a random warm day, Scott got new hiking boots and I love waterfalls. So a trip to Minnehaha Falls we went.
Will she ever get bored with waterfalls? Probably not. 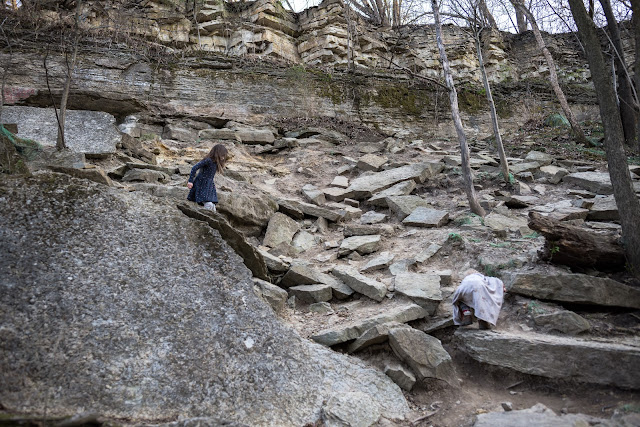 Getting down any trail sure takes longer than before we had kids. 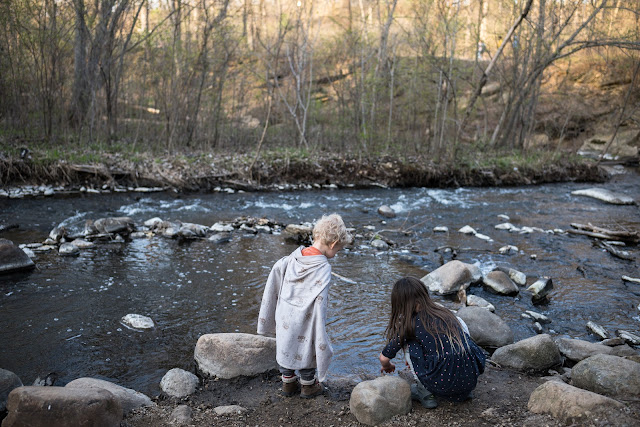 The kids just wanted to play in the creek. 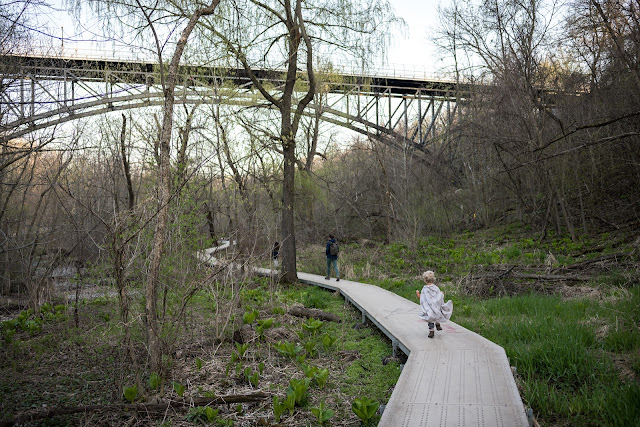 We haven't walked the trail to the river since Meadow was Theo's age. 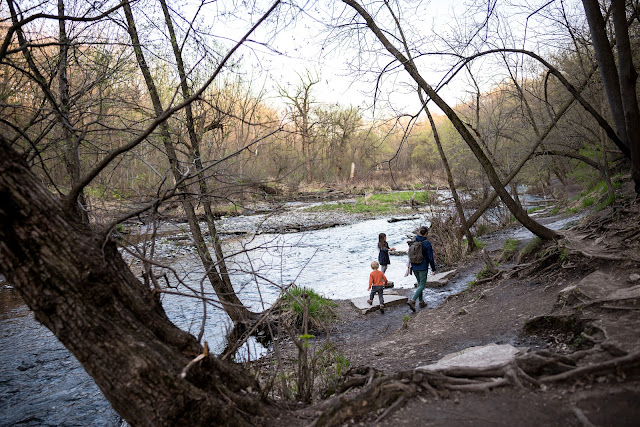 It's still one of my favorite hikes in Minnesota even if it's right in the city. 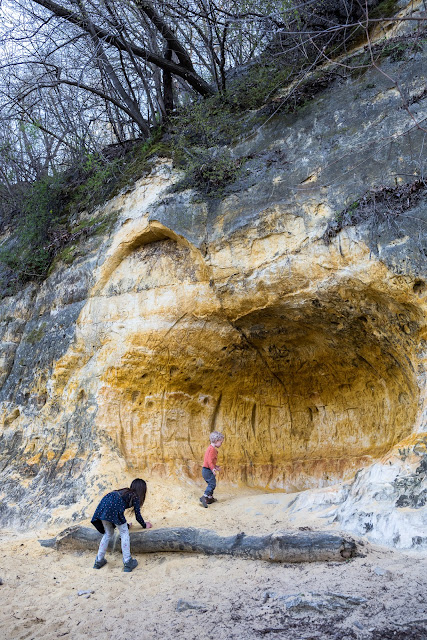 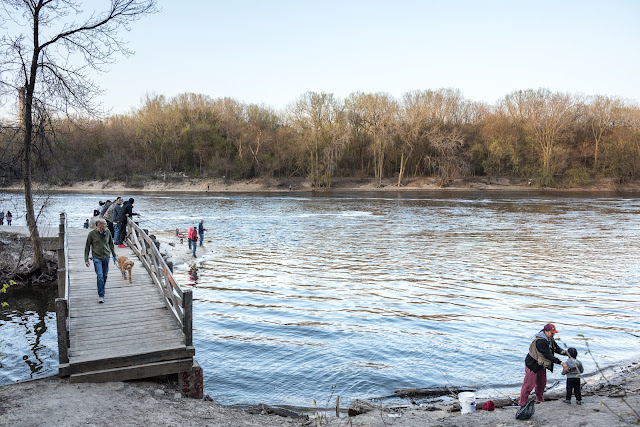 All the fisherman and woman were out where Minnehaha meets with the Mississippi. 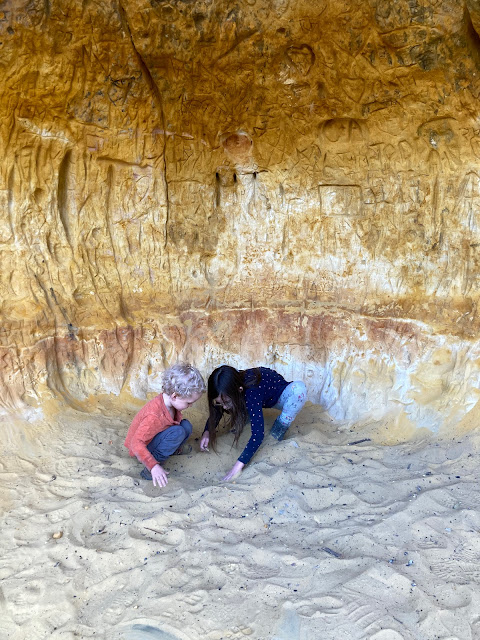 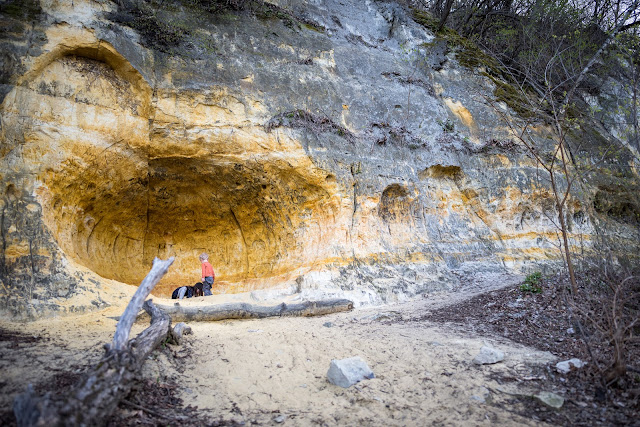 The kids would've played in the sand cave all day, but we had to get back before sunset. It was a school night, after all. 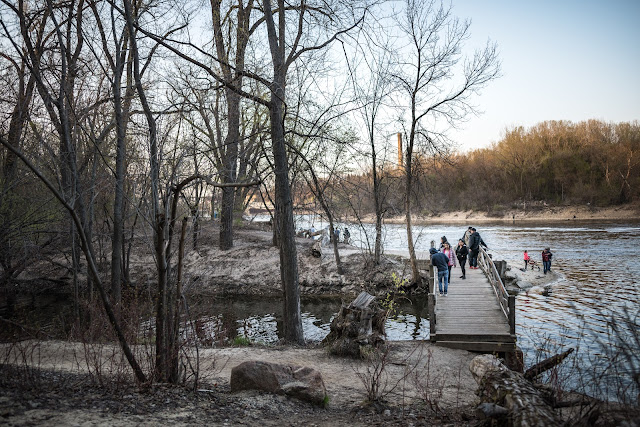 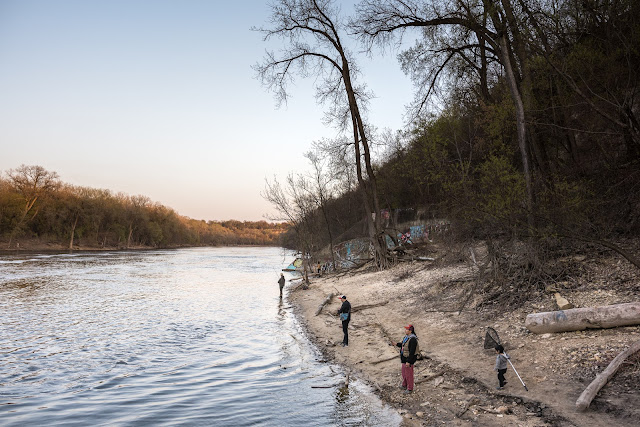 I wonder when we'll be back here next. I think the kids hope sooner rather than later. 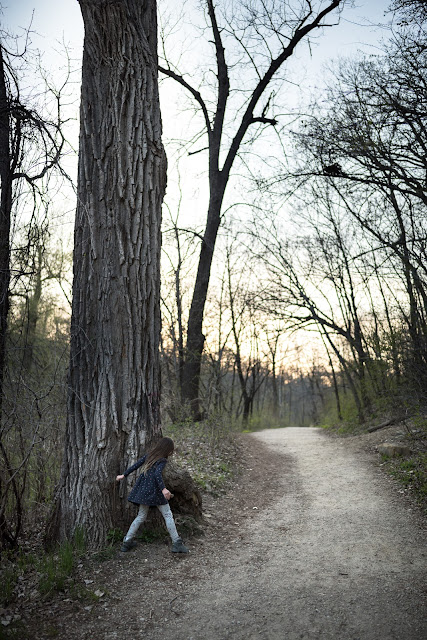 After some literal tree hugging, we called it a night. They do this everywhere. 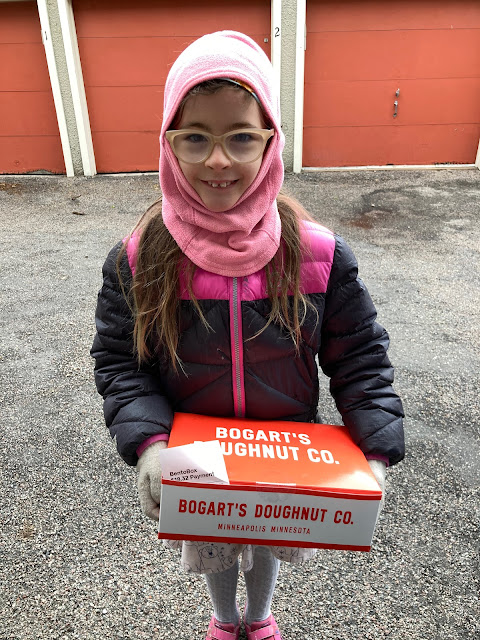 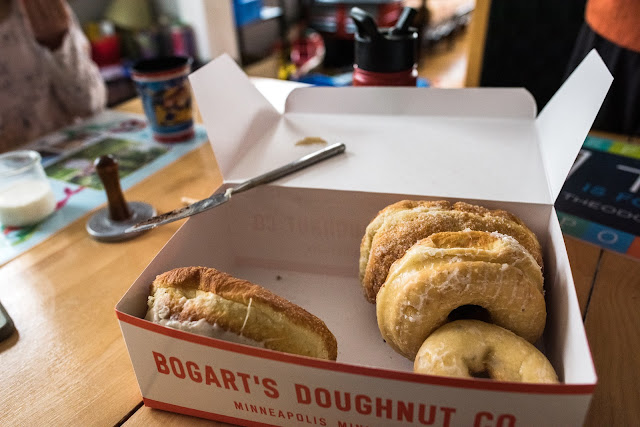 On Saturday the kids and I picked up a box of doughnuts for breakfast from Bogart's.
Another hiking weekend at Fort Snelling. While it's our least favorite, we decided to stay close by this time. The kids really wanted to go back to Minnehaha Falls.
It's not my least favorite, but this time of year, after a lot of hikes, I'm kind of ready for leaf canopies to be in full bloom. It's just so gray out right now. 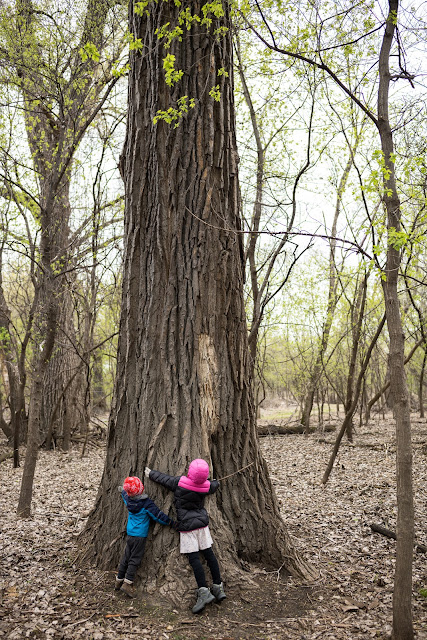 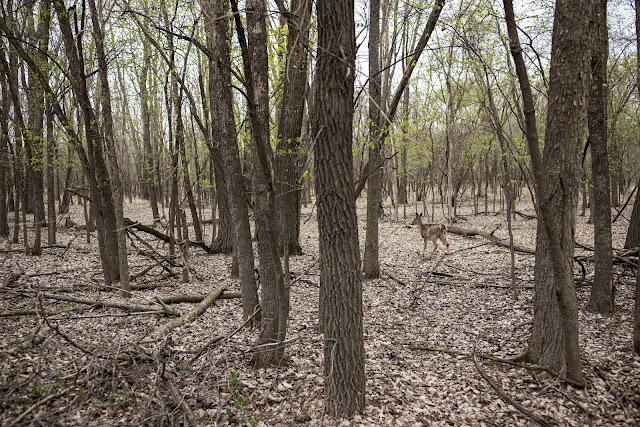 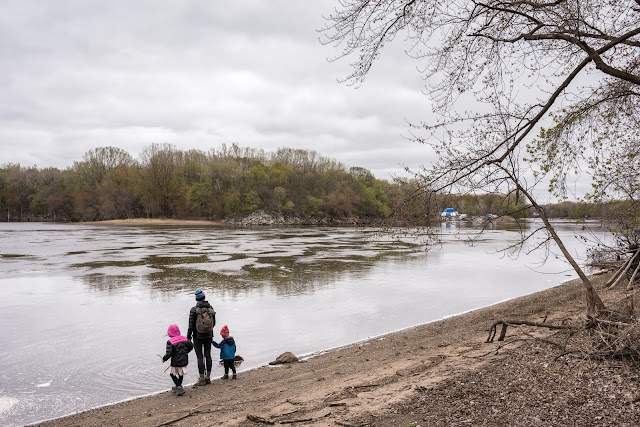 The kids wanted to play in the water again. 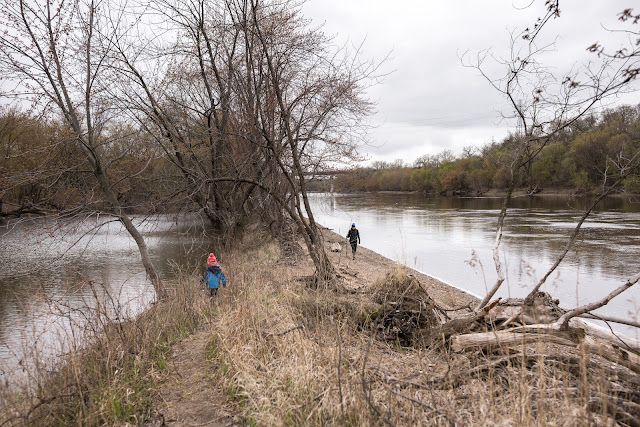 At least this was more interesting than the main trail that we've hiked so many times already. Honestly would've been fun to hike one of the other trails in the park, but we're on a hiking club mission. 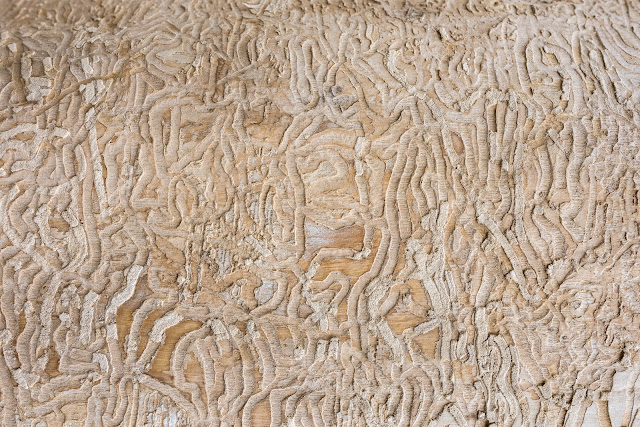 We found a tree that had been ravaged by bugs. It was pretty groovy. 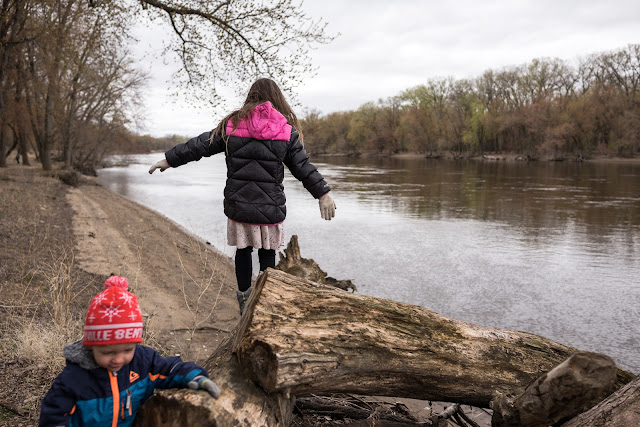 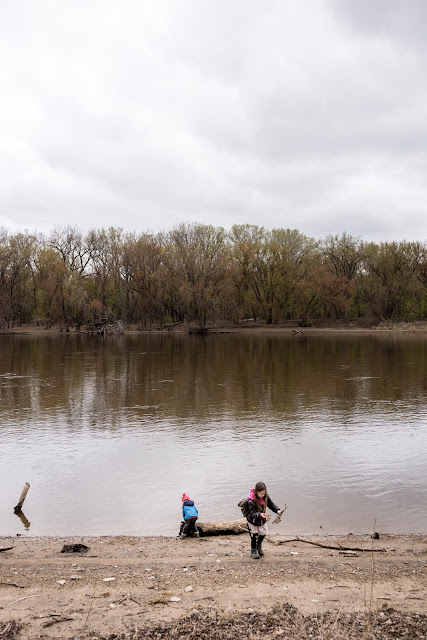 It's about the journey and not the destination. I suppose. 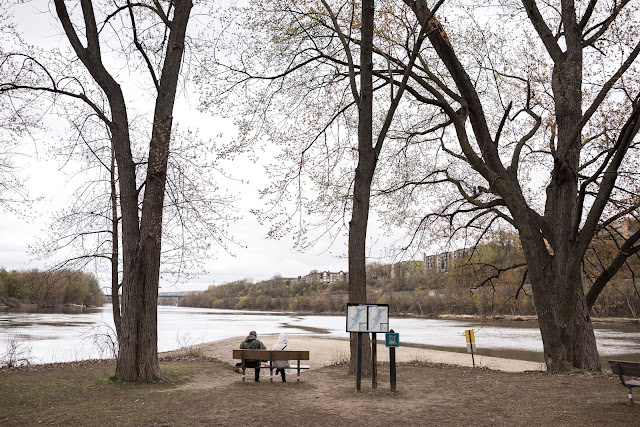 We made it to the confluence of the Mississippi and Minnesota Rivers.
And the hiking club password. 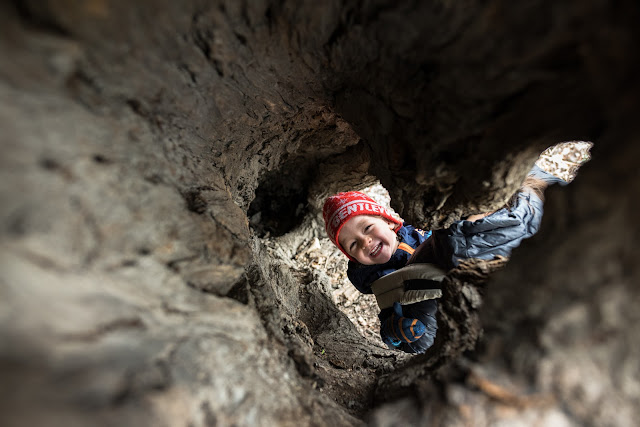 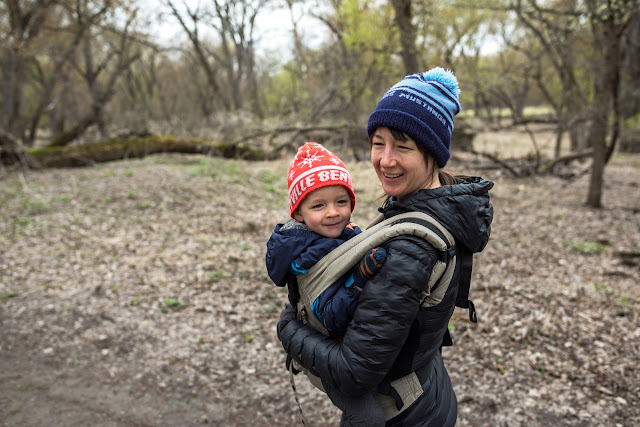 Theo wanted to be carried but only if he could be carried from the front.
Brooke doesn't think Theo looks like her because he has blonde hair. With a hat on you really see it.
I still don't see it. 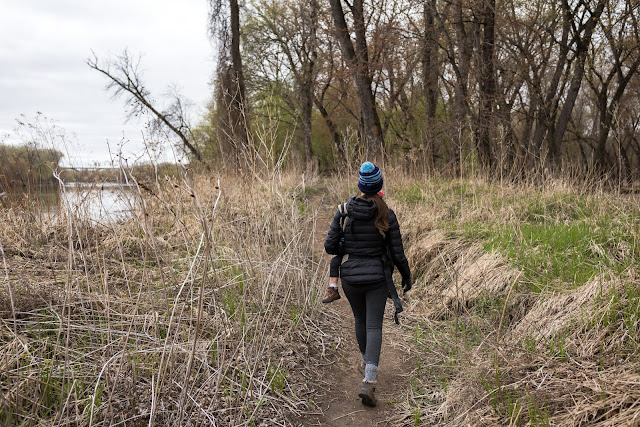 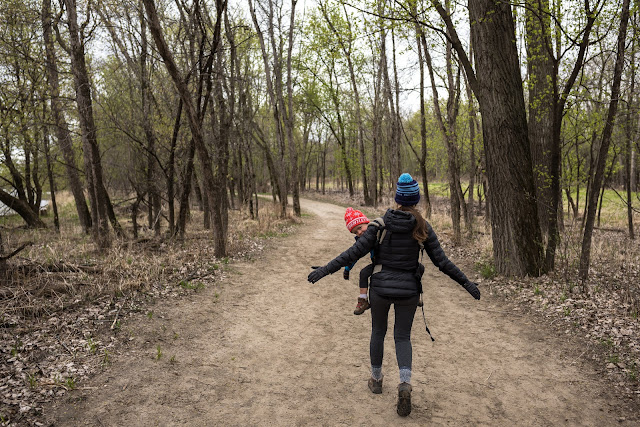 Pretending to be a butterfly. 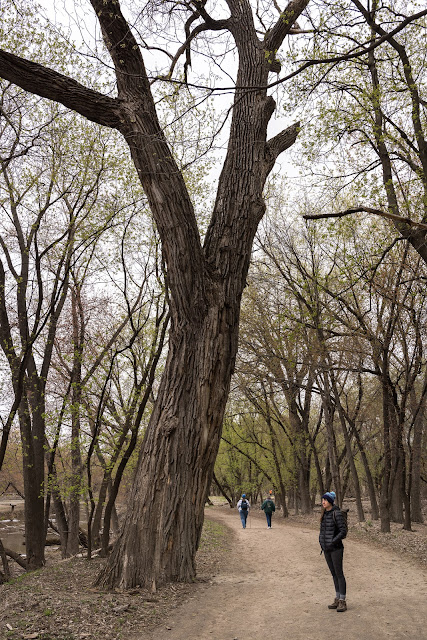 I guess we really didn't do much the rest of the day. We don't normally head out of the house so early. We all admitted we like starting things later and coming home late. We didn't really know what to do the rest of the day.
Finally, Brooke admits that taking your time is better than rushing out in the morning.