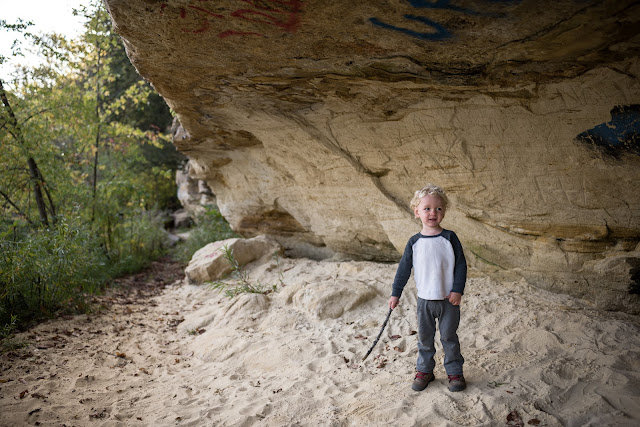 Scott had to take some sunset photos in Stillwater.
A fall color aerial 360.
I hadn't been there in awhile so we tagged along. We left as soon as Meadow was done for school and headed for the St Croix Boom Site. I had heard there was a hidden waterfall and wanted to check it out. 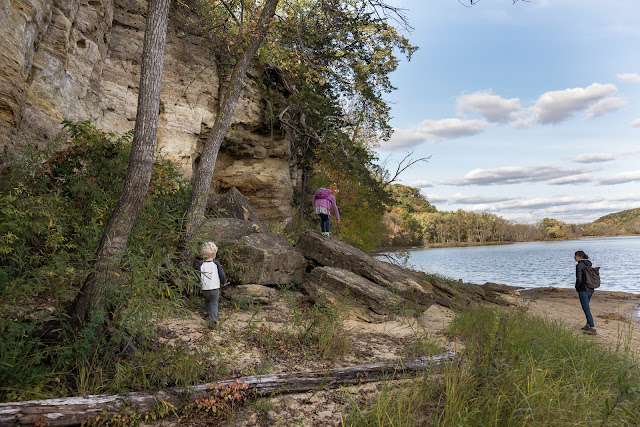 There's not a specific trail to it. From what I read you go down the stairs and take a left following the river. 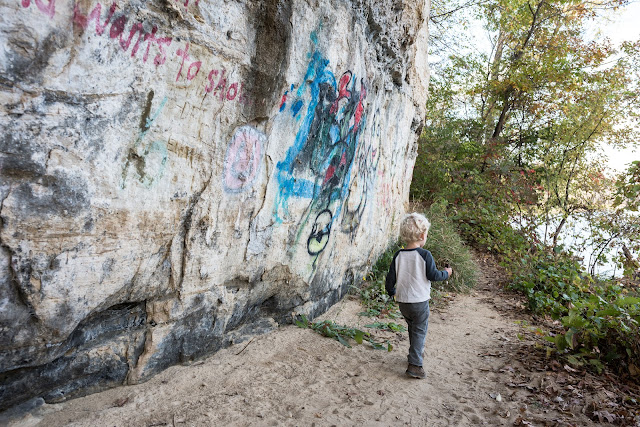 I think it's an old state trail that isn't maintained and has way too much graffiti. 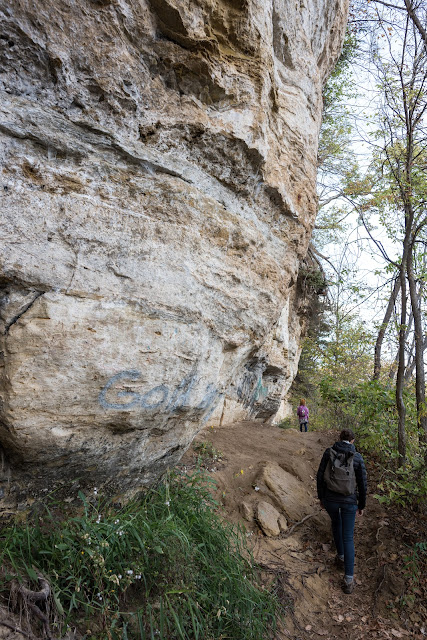 You basically just take the staircase down and then follow the bluff north along the St. Croix. 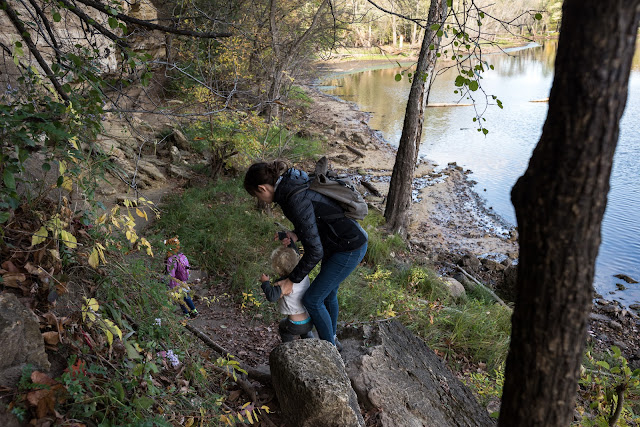 Some parts were a little tricky. The kids have way more fun on hikes like this. Meadow usually becomes disinterested in trails that are flat with little scenery change. 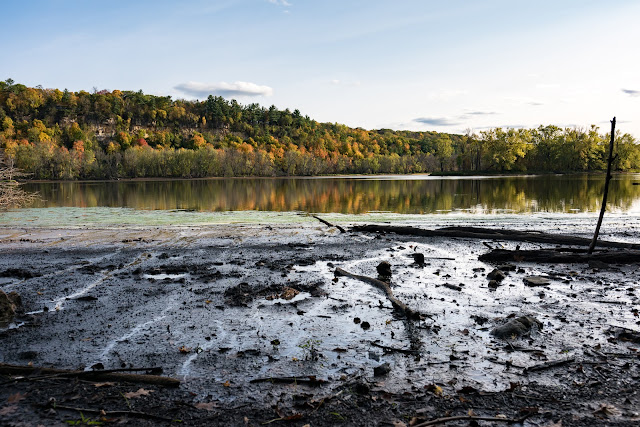 The fall colors were popping just north of Stillwater proper. 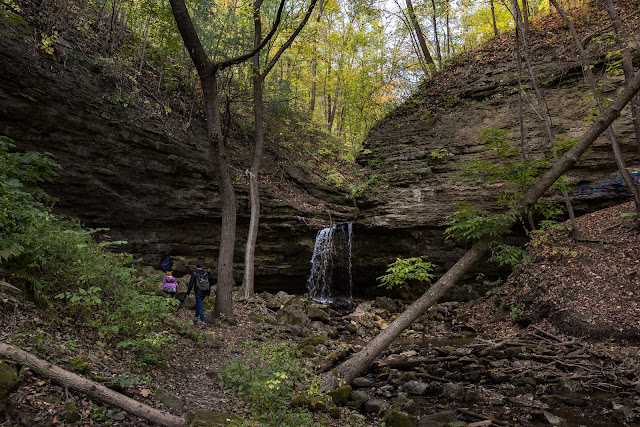 Alas we found the waterfall! 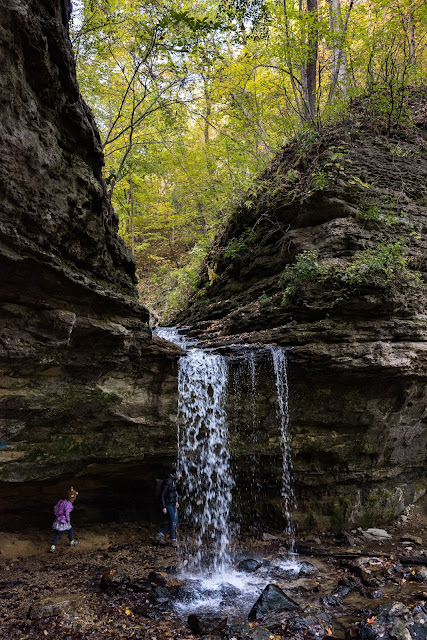 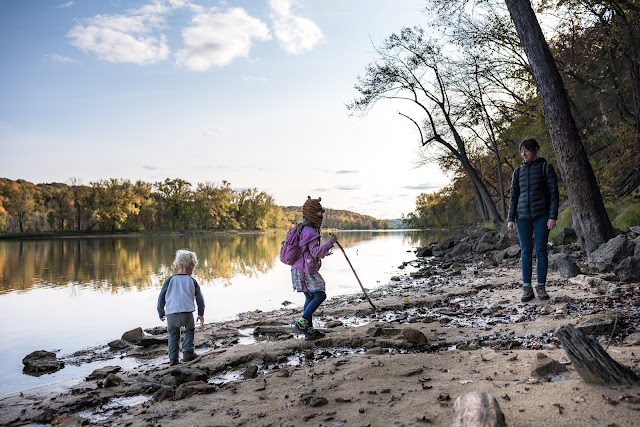 The sun was getting lower so we had to head back. 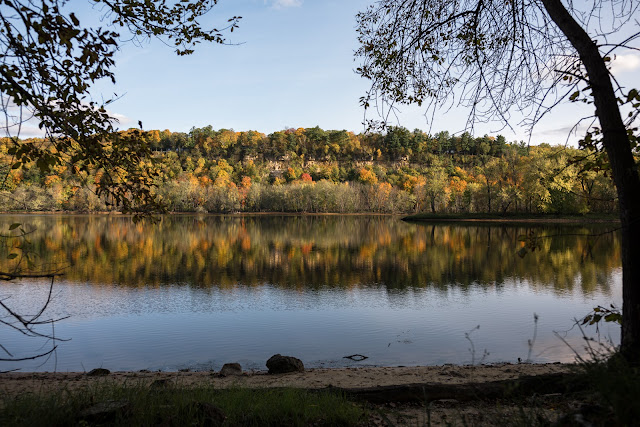 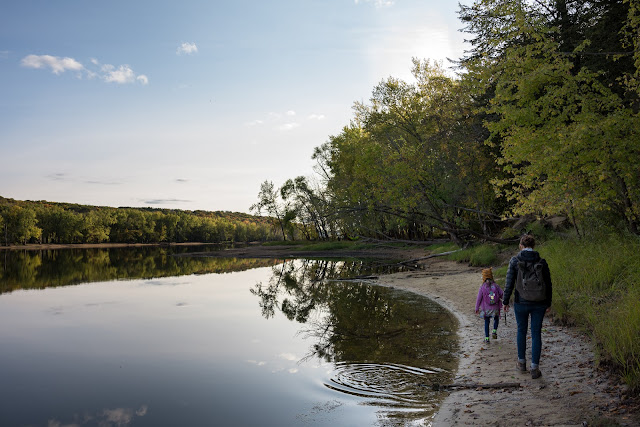 I explained to Meadow this is the same river we canoed on this summer. 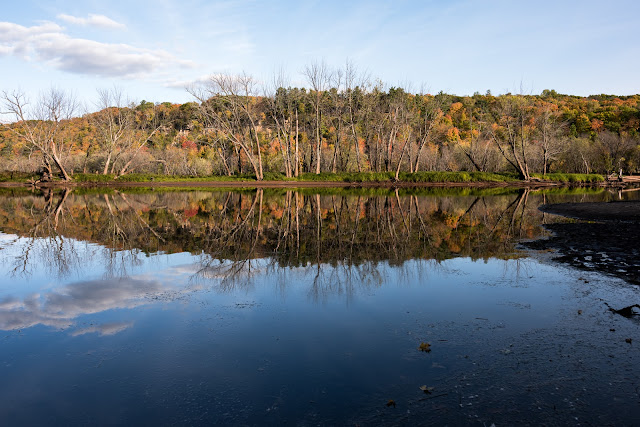 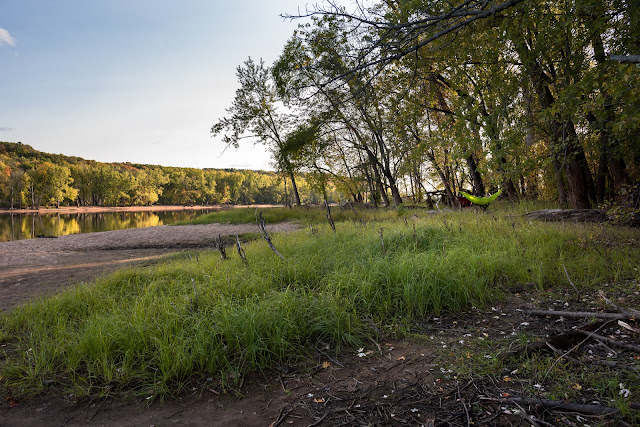 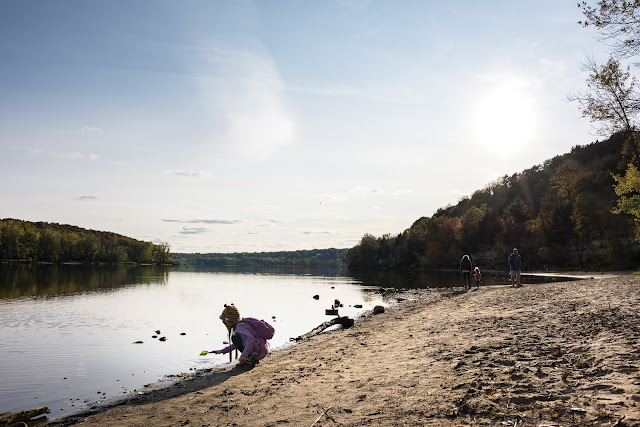 Meadow wanted to stay and play but Scott had to get to work. 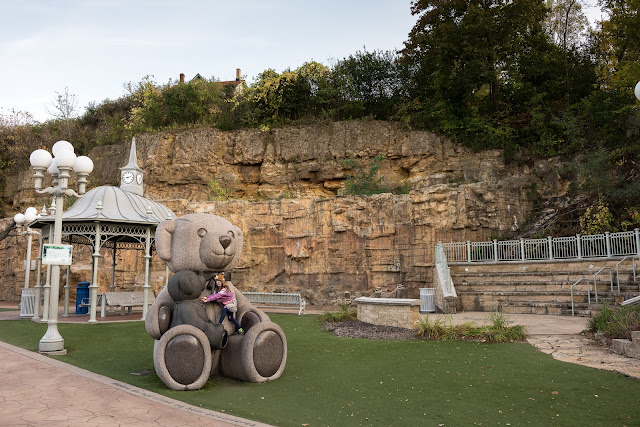 I have never seen the Teddy Bear Park this quiet. We played here while Scott did his shots.
I had to shoot an aerial 360 just above these bluffs. Unfortunately it was still way too green. We'd have to come back next week. 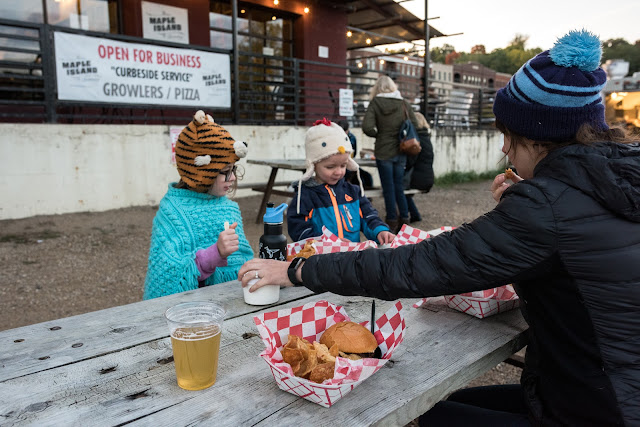 Afterwards we got beers at Maple Island Brewing and dinner at the Leo's food truck. We'll be eating outside until the snow falls. 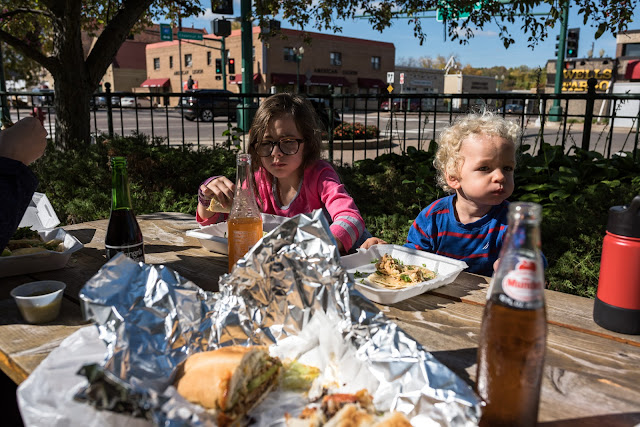 On Sunday we decided to go apple picking again. We drove all the way out to Waconia to Deardorff Orchards and the orchard was packed with cars lined all along the road! We came when Meadow was little and were basically the only ones there.
So we headed toward our hiking destination instead. We stopped in Downtown Chaska and found a Mexican restaurant in a strip mall. The sign literally read "Mexican Restaurant" and we thought that was a good sign. It turns out it's actually called Chaska My Love. Good tacos and a quality torta. Would come back. 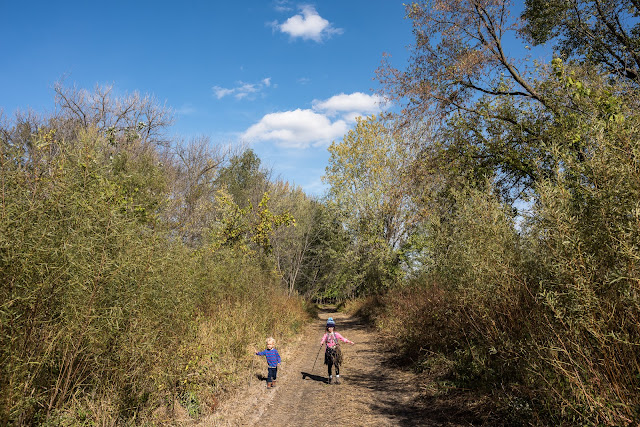 Since we were close to the Minnesota Valley State Recreation Area we decided to go there.
We actually biked in a different section of the state recreation area a few weeks back in Shakopee. Brooke had directed us there and I knew she wanted to go the section closer to Jordan, Minnesota. After a little detour we were there.
After going along this trail the other end said it was closed due to a hornets nest. Would have been nice to know going in. 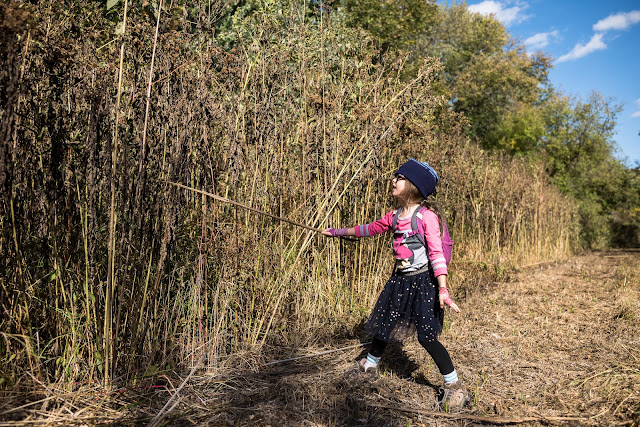 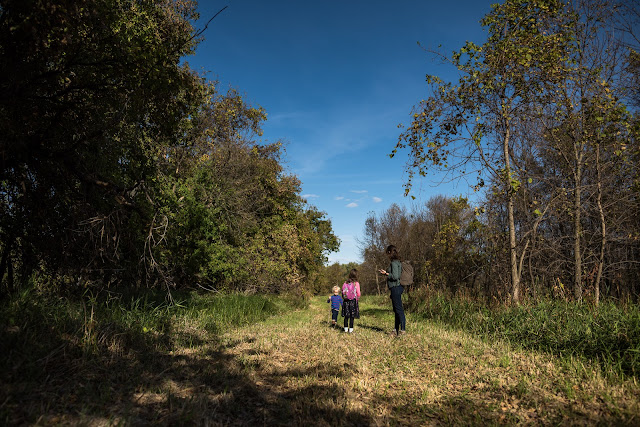 We actually camped here with friends and family before we had Meadow. The campground is now closed due to constant flooding along the Minnesota River. 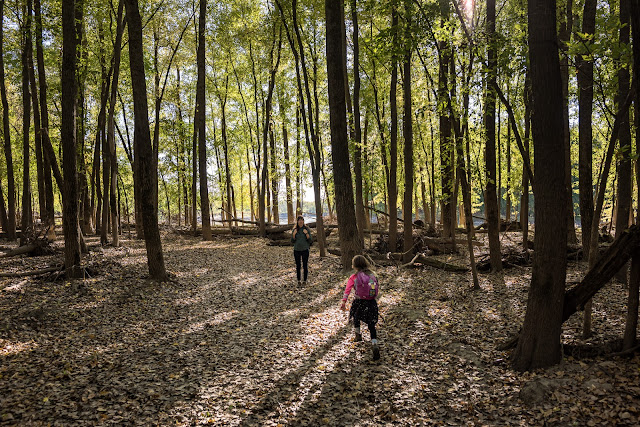 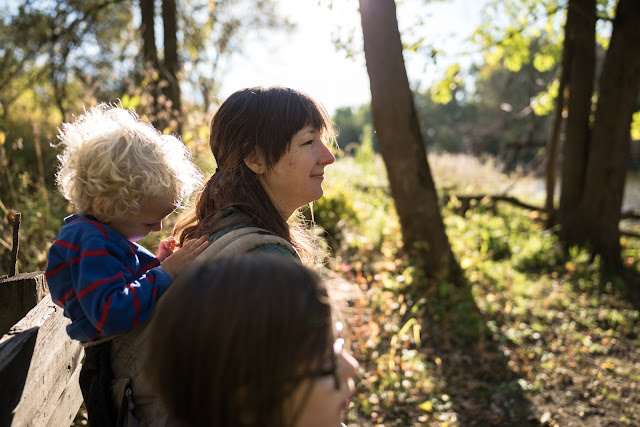 We took a break on the way back. 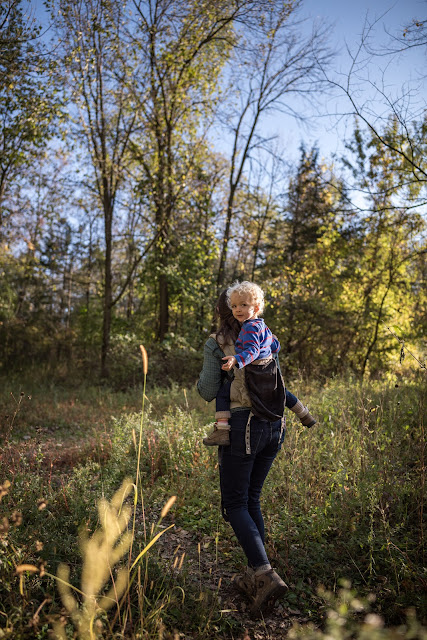 This hike was a lot longer than we had anticipated. 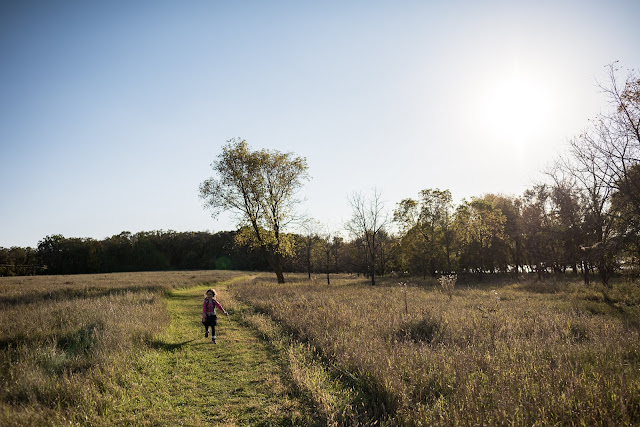 This meadow is probably beautiful in the summer full of wildflowers. 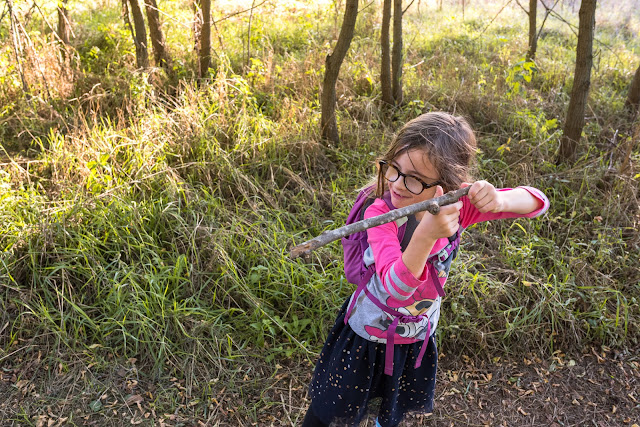 Not to be confused with the Meadow who is always beautiful. 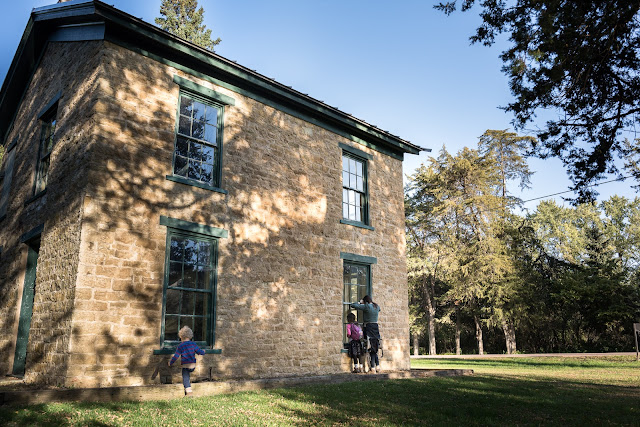 It turned out to be not so bad of a day after all.
A good lunch. A decent hike. Not bad at all.