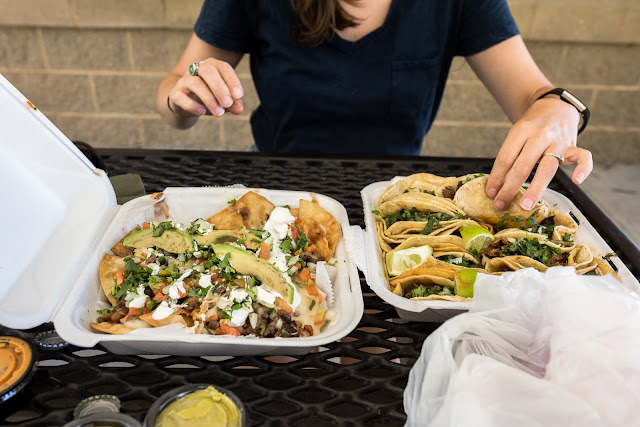 Scott had some shoots south of the metro so we tagged along for the day.
After shooting the quickest shoots I've ever done we ended up in Faribault. We got food at the lowest rated Mexican restaurant in the southern Minnesota city. My instincts say these folks don't have a taste for authentic Mexican food and I was right. Restaurante El Colibri was so good.
The trick to finding good Mexican food is avoiding the places that have the typical Mexican restaurant decor, you know the ones with the painted seats. 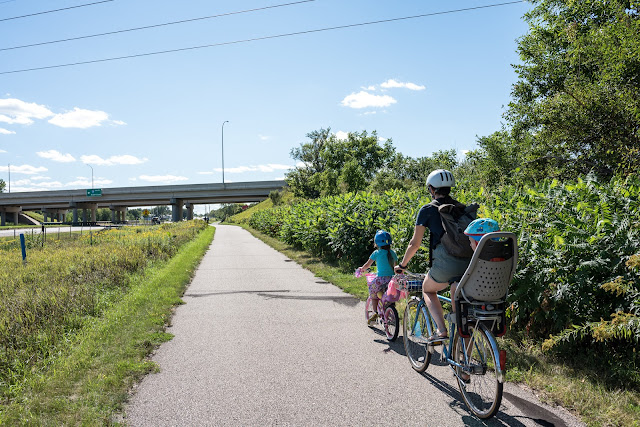 We brought along our bikes so we could take the Sakatah Singing Hills  State Trail. 15 miles from Fairbault is the namesake Sakatah Lake State Park. There they have 4 bike in camp spots (they were reduced to two because of COVID). We thought about bike camping there , but sites are first come first served and we'd hate to bike there with all our stuff only to find they were full. 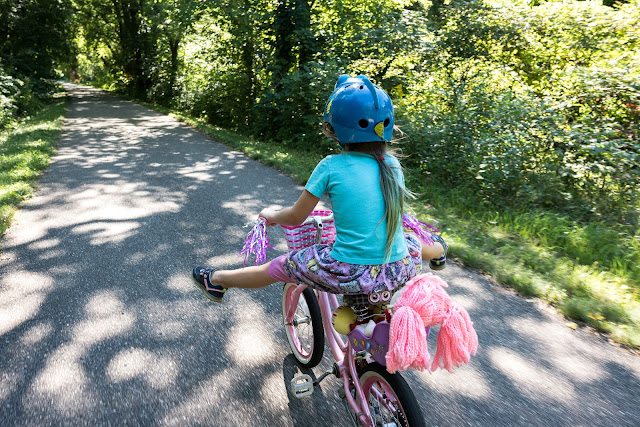 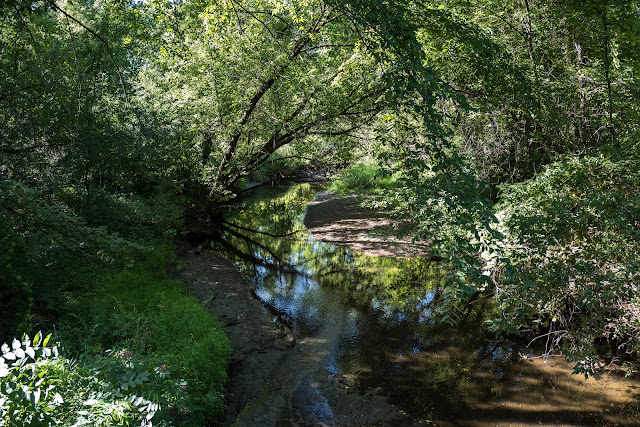 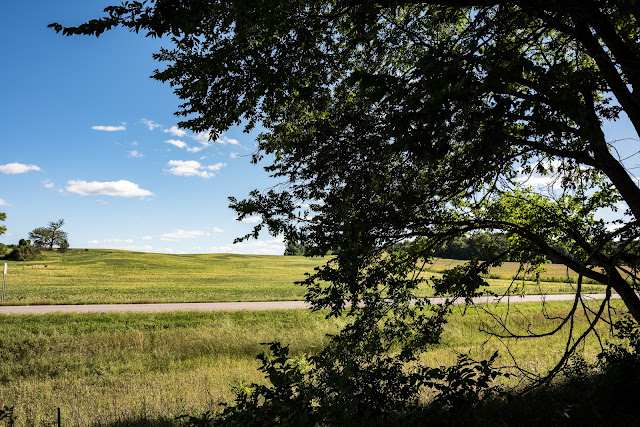 The trail was mostly right next to the highway. I'm not sure I'd call the roar of trucks soothing.
It was still a nice change of scenery. Normally we only bike in the city. 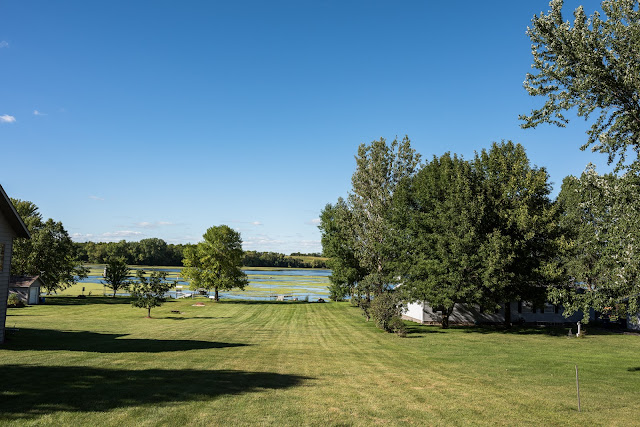 When we got to Warsaw, Minnesota we decided to turn around and follow the roads along Cannon Lake. 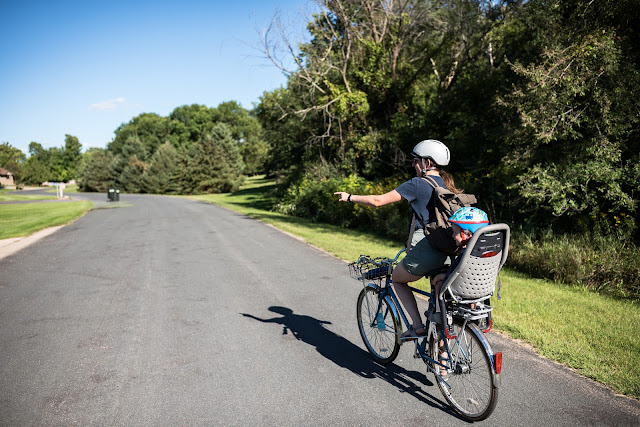 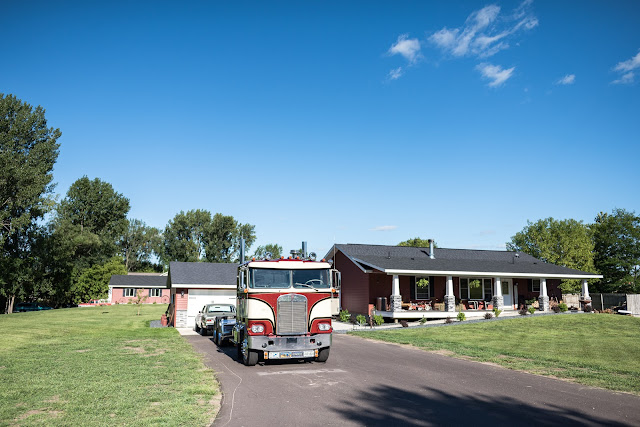 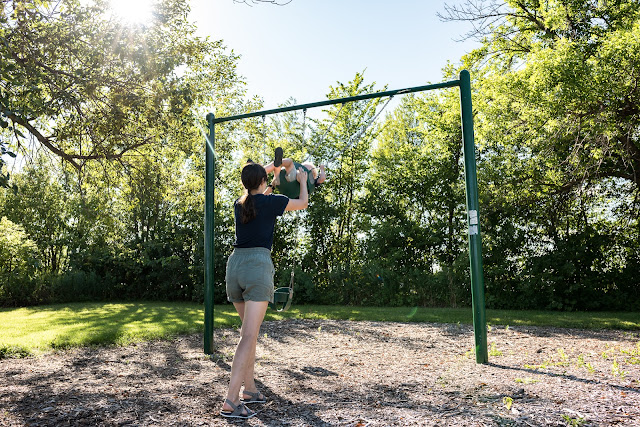 We had passed by Shager Park and promised the kids we'd stop at the swing set on the way back. 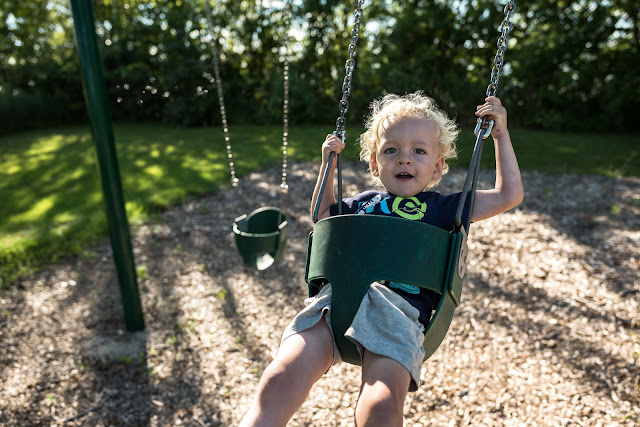 These kids sure do love swings. 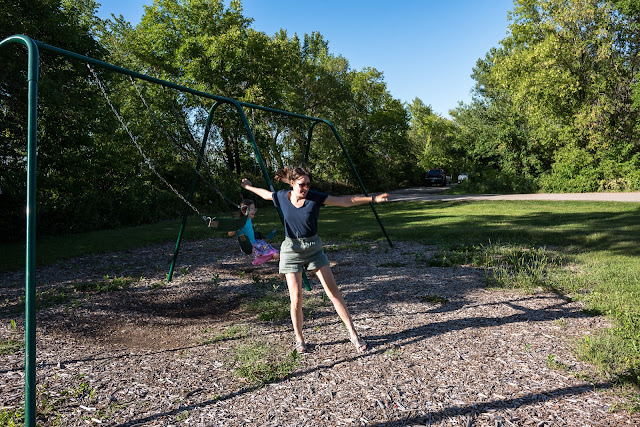 whoa.
Other than the Trumpkins this wasn't a bad park. 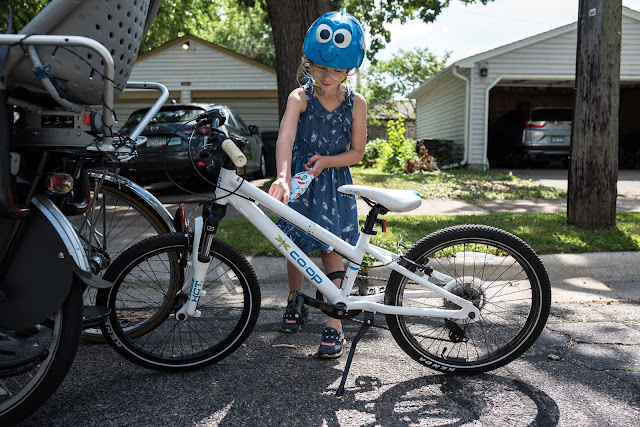 While biking the trail I noticed Meadow had to keep standing up to keep up with us. We knew her bike was a little small for her and were planning to wait until next spring to get her a new one. When I looked up bike sizes for kids we realized she was riding a bike two sizes too small.
I talked Brooke out of getting a cheapo bike and buying a nice, gender neutral, bike that Theo could use down the road. We found this lightly used REI Co-op bike with gears and about 1/4 of the price it retails for. Rich people selling their stuff on Facebook Marketplace are great (RIP Craigslist). 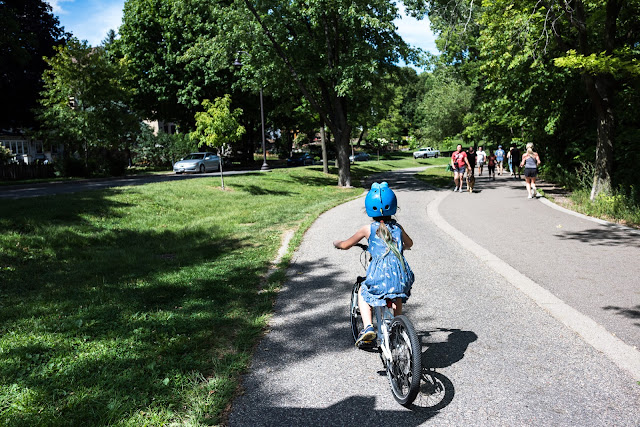 I'm glad we picked one that had gears and hand brakes. Already I could tell she was riding so much better. 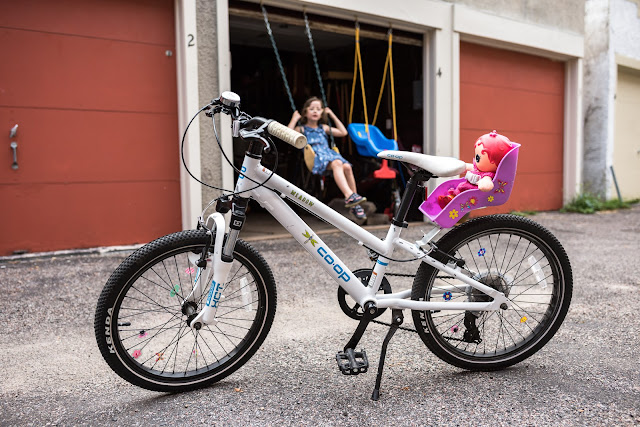 The bike also came with stickers to customize it. She added her name and a few others. 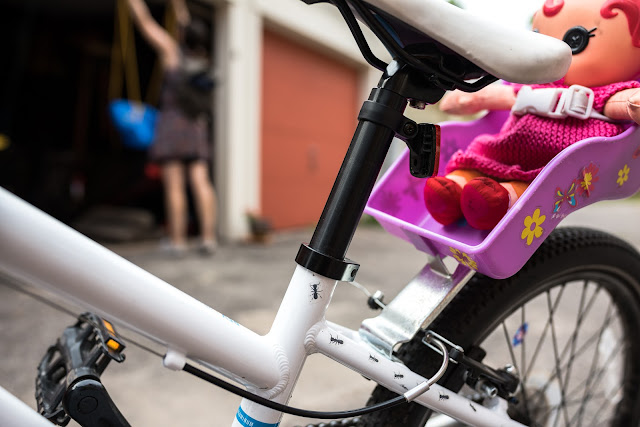 I liked the simplicity of the bike and didn't think it needed all the other accessories she had on her old bike. We let her keep the doll seat though. Also notice the ant stickers she chose.
That was my touch. I now always make jokes about ants crawling up her bike seat; the ant stickers are the perfect foil for dad jokes. 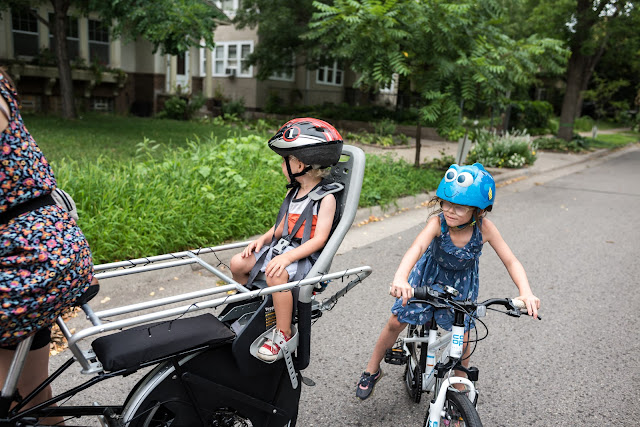 We raised her seat when we got back home and took a nice ride through the neighborhood. Cool, ride Meadow boo.
The dad we purchased it from said he would take his daughter to the Theo Wirth Mountain Bike Trails. I know we don't need another outdoor activity, but I'd love to find an inexpensive mountain bike for me to go with her.