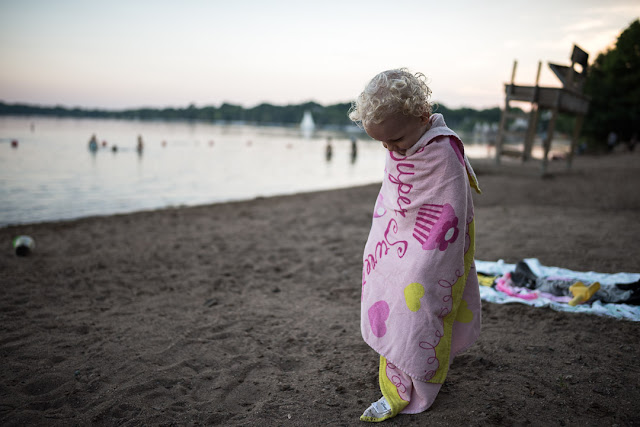 This years 4th of July felt a little different than normal. We skipped out on going to the cottage as there was too many people going.
Well, that's always the case, but more so with Covid-19.
Someone always ends up sick when my family is all together. I had plans for us to go canoeing for the day and no one else wanted to so I was in a sour mood for most of the day. Plus it was the 10th day in a row of being over 90 degrees. 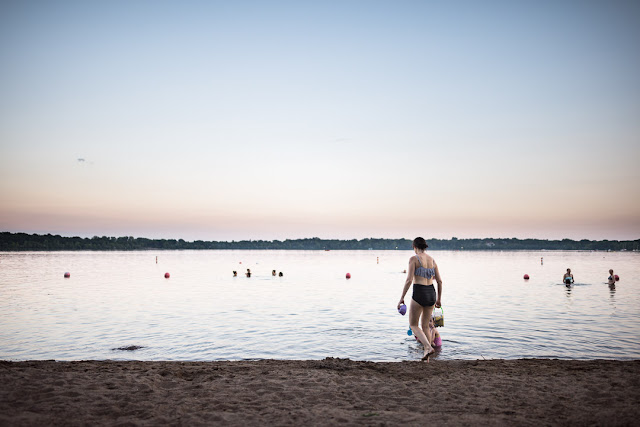 I'm not sure which of us suggested it, but we figured the beaches would be dead.
Apparently most of the city left for the weekend because the usually packed Lake Harriet was eerily quiet. 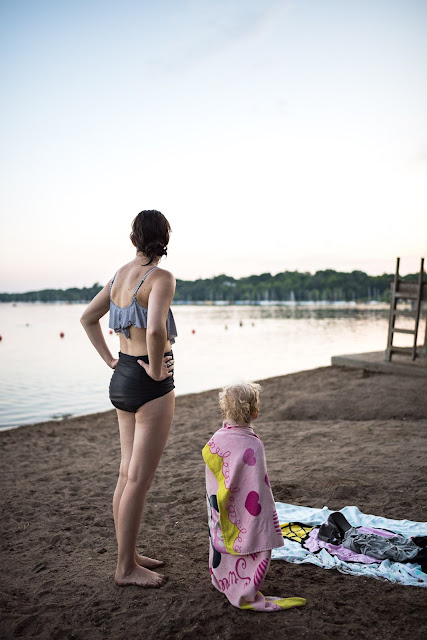 Meadow is a little fish and never wants to leave the beach. 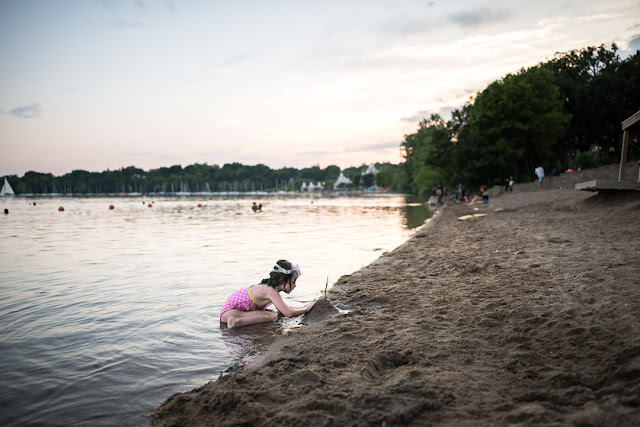 She's learned to swim underwater. I'm not sure how it's possible, but once she tries to swim on the surface it's a no go. 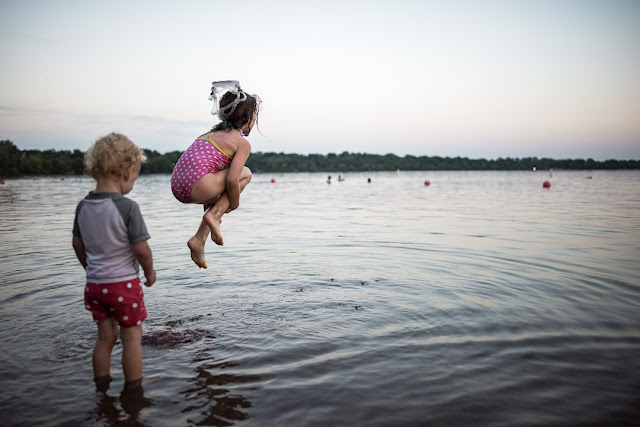 A lot more brave than she was in past years. 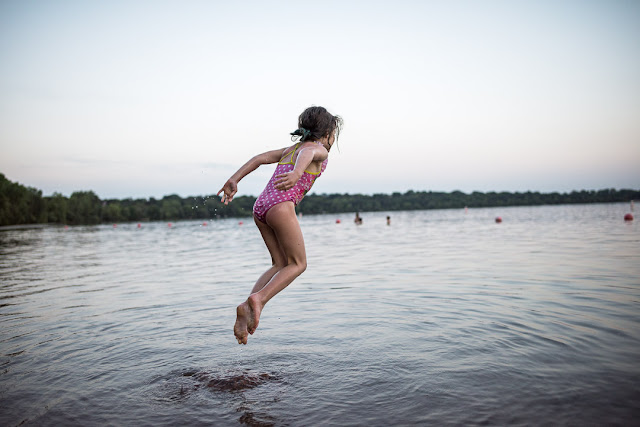 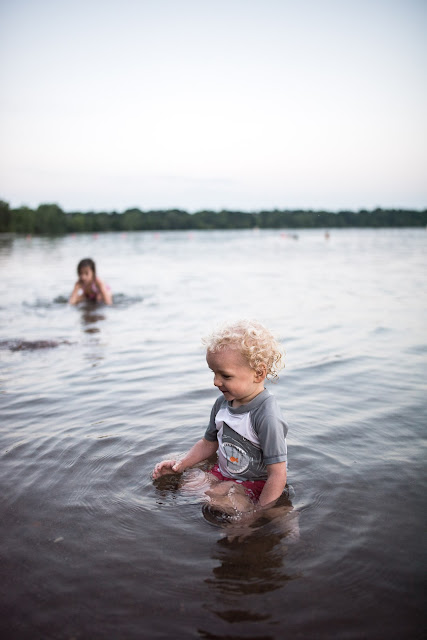 I guess we weren't leaving quite yet. 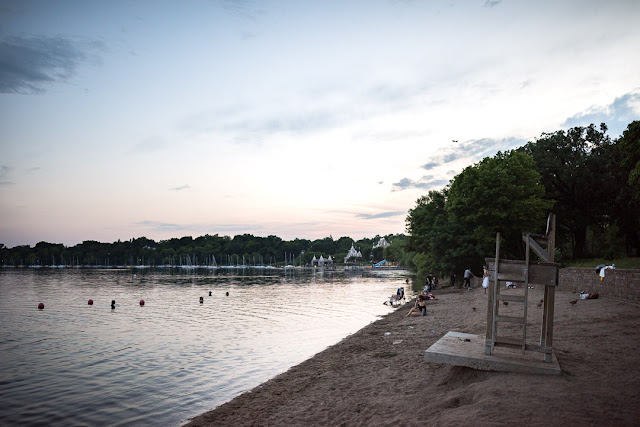 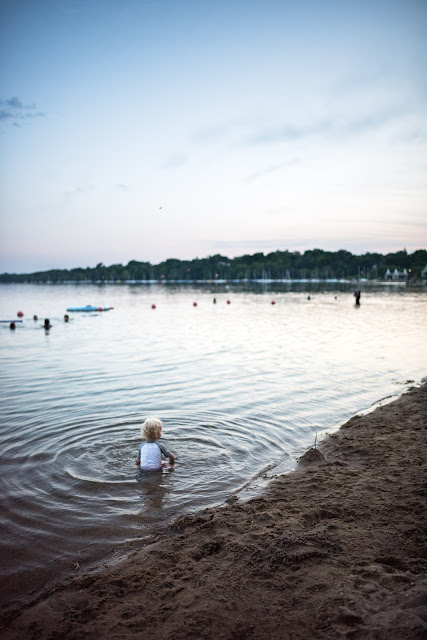 The kids never want to leave the beach. We've been avoiding them most of the summer, but I've now read that a beach is probably one of the safer places as long as you keep your distance. 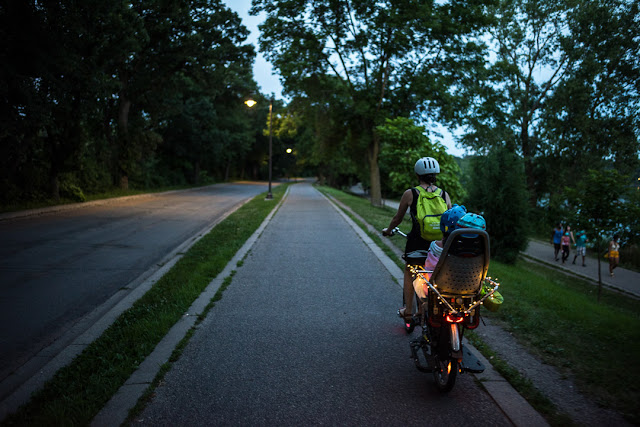 Staying out late means the bike lights go on. We were going to take a bike ride to Glam Doll donuts but they close early now. Instead we watched the city light up with fireworks from our living room window. 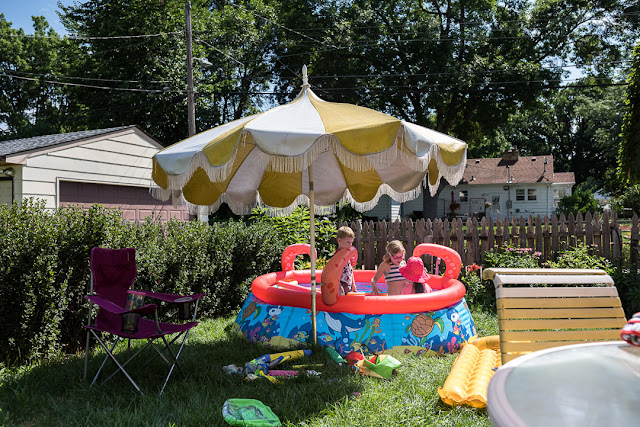 Shannyn invited us over since Meadow didn't have a birthday party. It was hot once again so the kids played in the kiddie pool in their backyard. This is the first time Meadow has played with other kids in months. 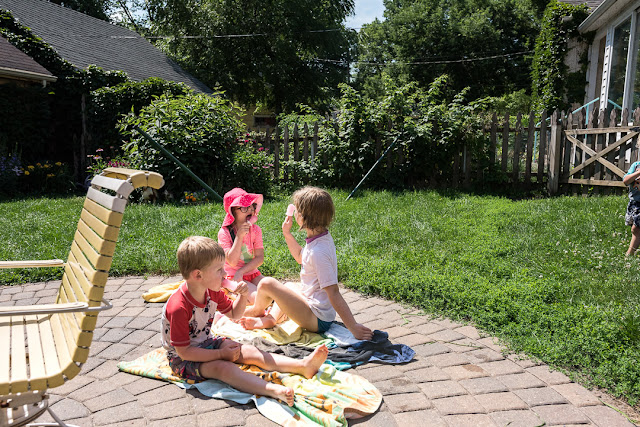 I'm hesitant to let her play even at this point, but sometimes you've got to break your rules. 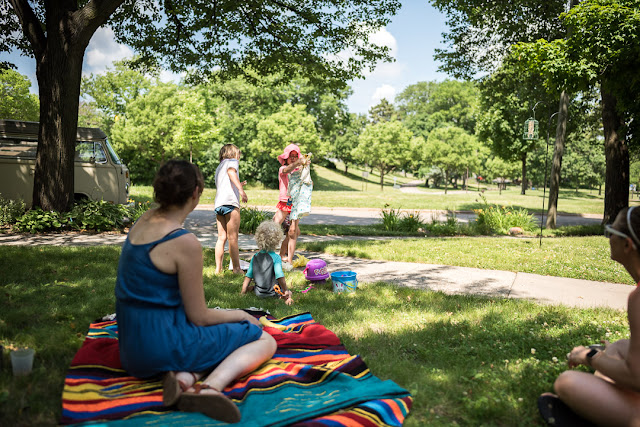 We moved to the front yard as it was getting so hot with no shade in the back. 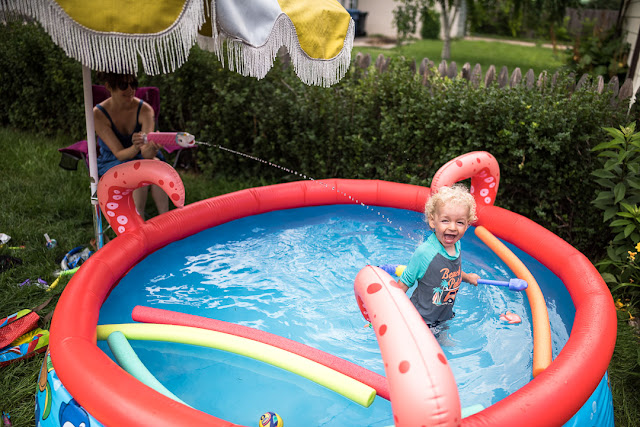 Theo had been afraid to go in the pool until all the kids left. 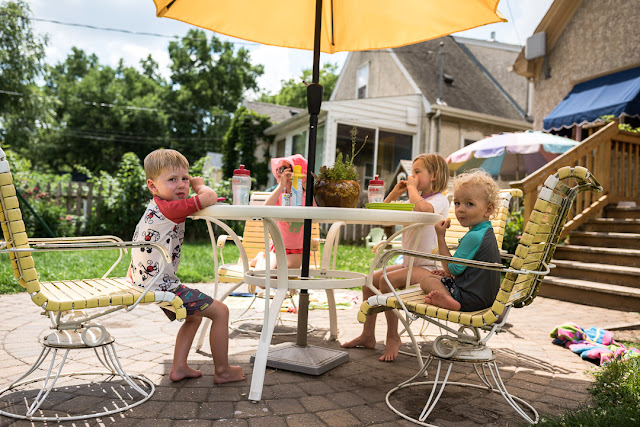 We had lunch, hung out some more and then called it a day.