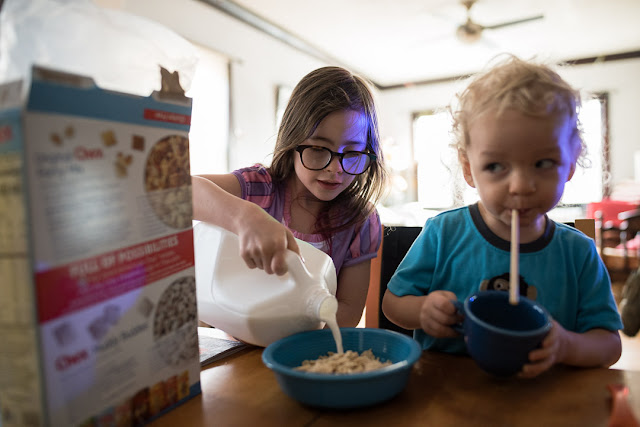 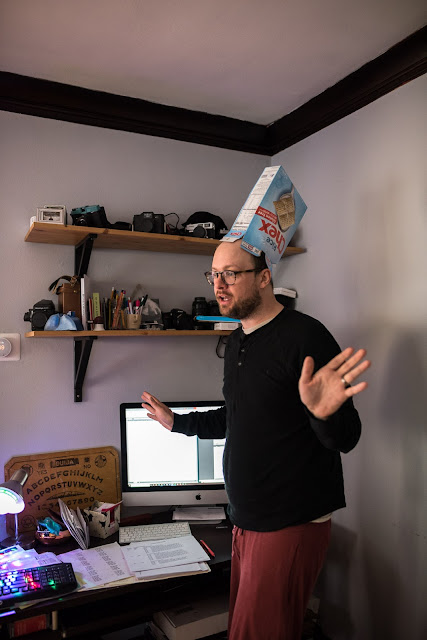 And I love making a fool of myself. 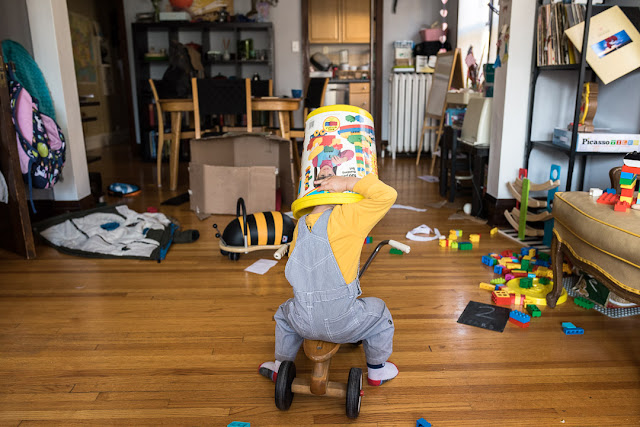 Theo thought it would be fun to put the Duplo bucket on his head while he rides his bike. 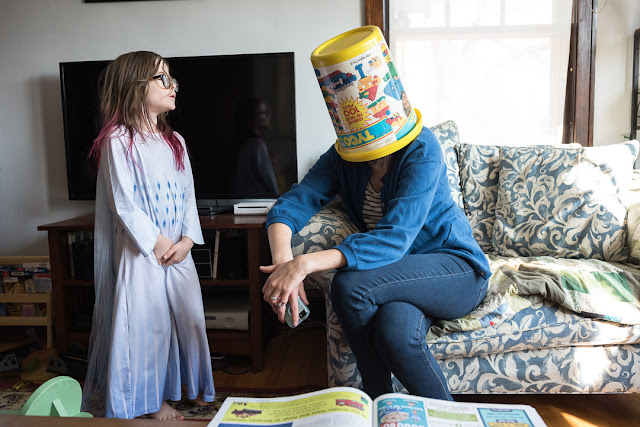 I think he was imitating his paba. 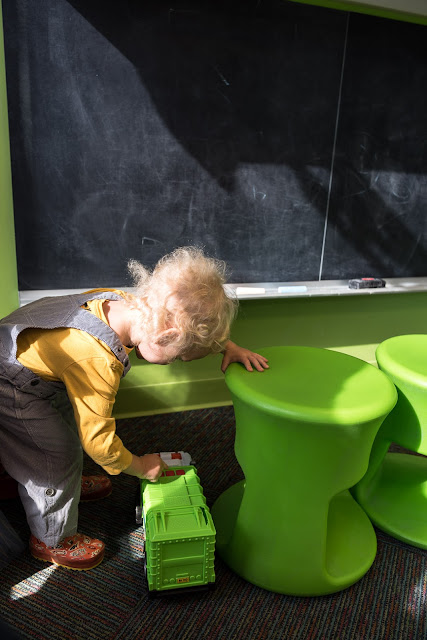 Theo has been needing a haircut. I've been afraid to do it because of his curls. But I agreed to do it after Mexico.

He's been needing a haircut for months. 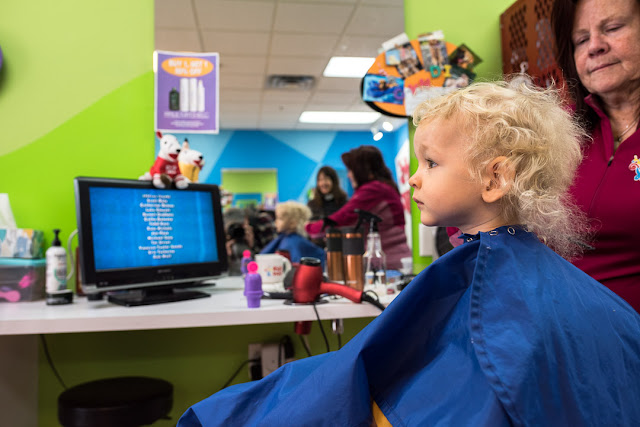 Looking at this photo he definitely was ready. 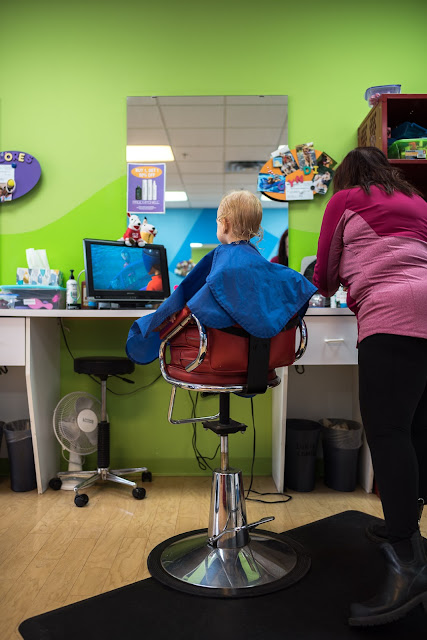 We went with a kid specific hair salon since Theo is known to not sit still. He had no idea what was going on and what was going to happen. He's shy like Meadow and barely moved or reacted when the hair dresser talked to him. 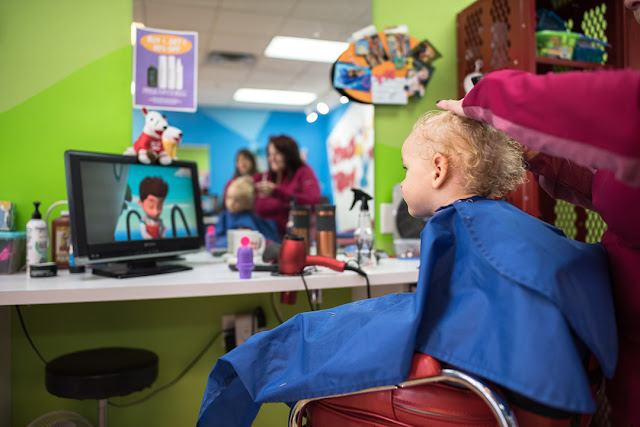 The hairdresser was sad to cut of his curls too. She said she wasn't going to cut it his hair too short so you could still see them. 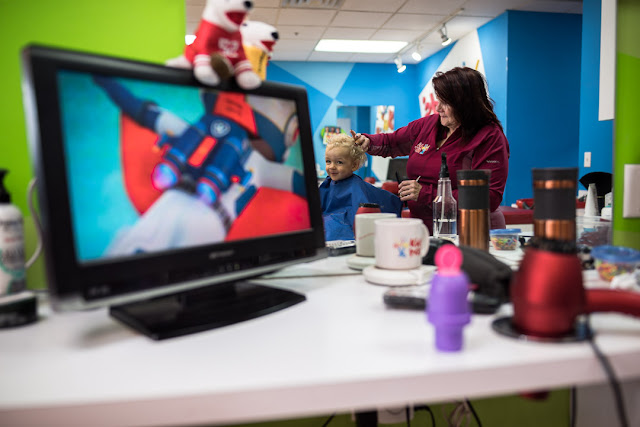 He was busy watching Paw Patrol. 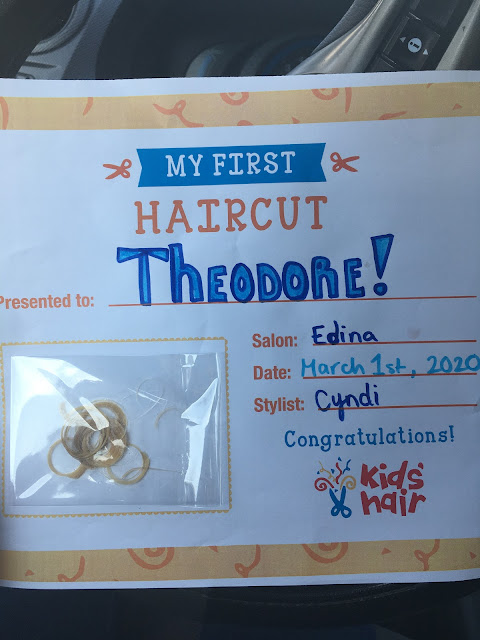 They even gave us a little certificate with his curls. 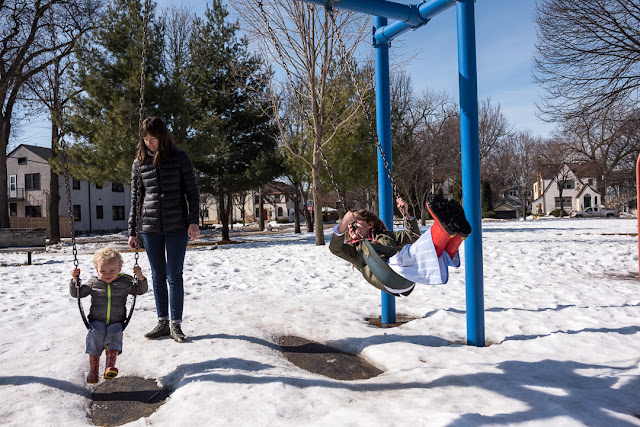 We had to pick up more Girl Scout cookies. Theo's haircut was too quick, so we killed some time at a playground. 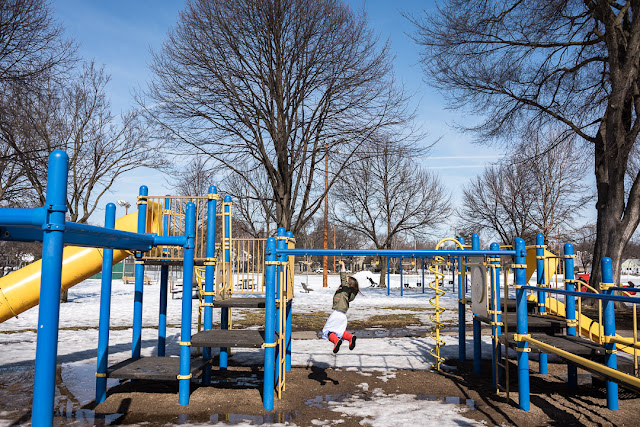 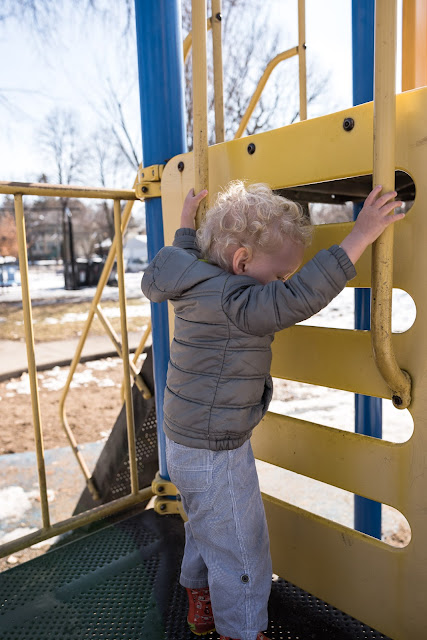 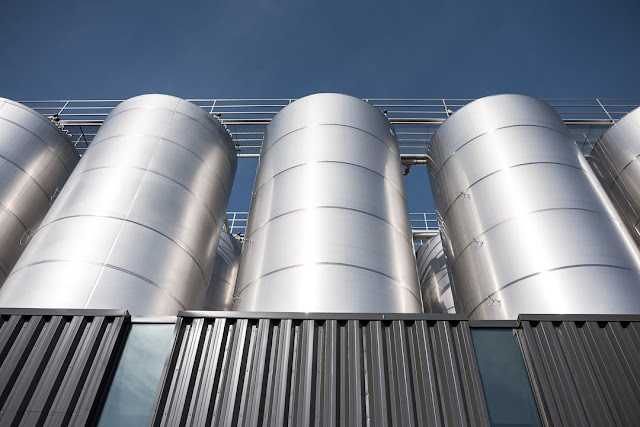 Scott's Craftapped membership ends soon so we decided to take advantage of it today.

You basically pay $50 for ten beers per month at partner breweries and restaurants. Except you can usually get it for almost half off on Groupon. I broke even easily, but could've used it five times as much. 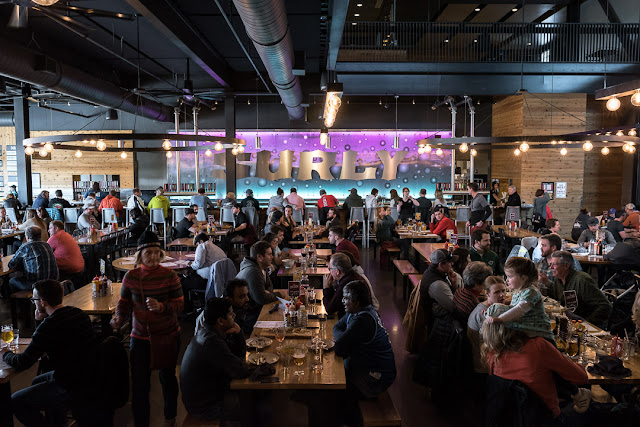 I thought it was going to be packed, but there were some open tables. 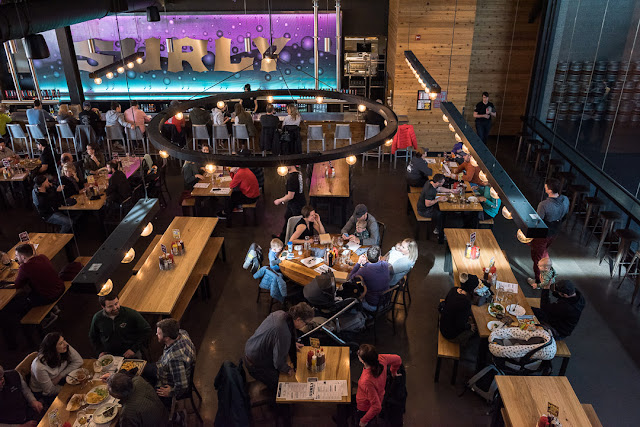 We were going upstairs for pizza anyways. 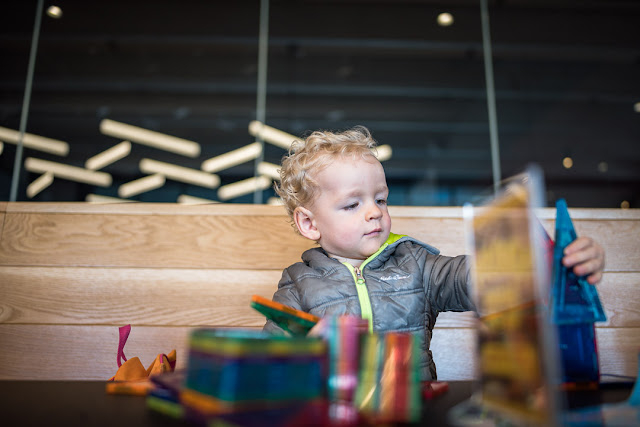 He is so handsome now with his haircut. Now I wish we had done it sooner. 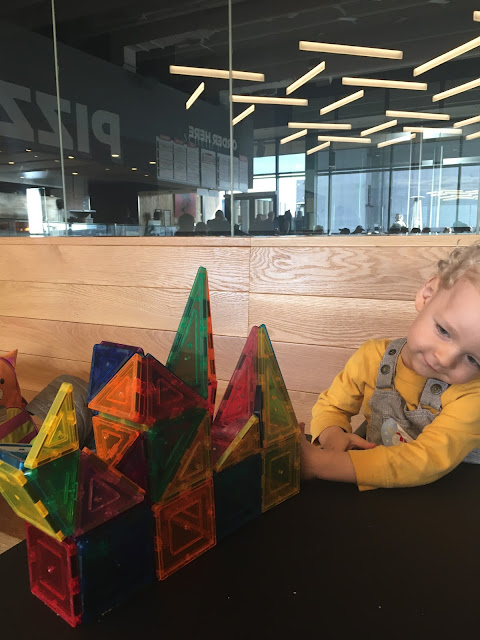 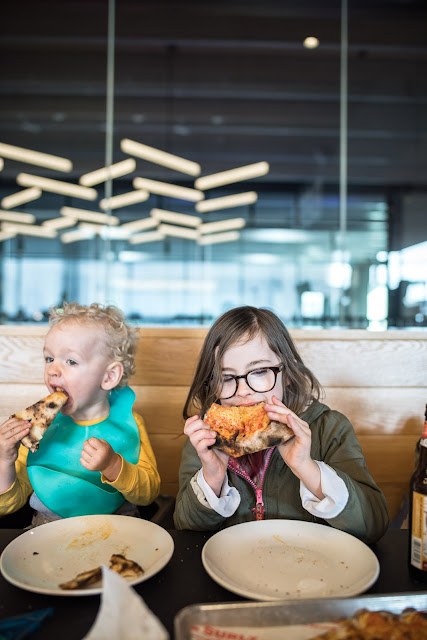 I love this place. 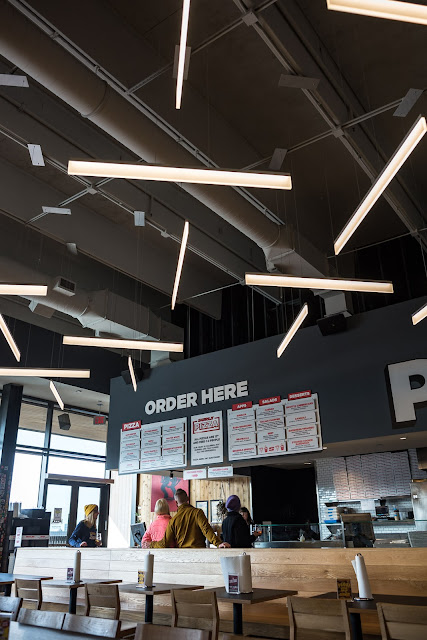 Some of the better pizza in town and Surly's go to beer. Except they don't have Cynic and Bender any longer. Nonetheless I got a couple new ones that were great. 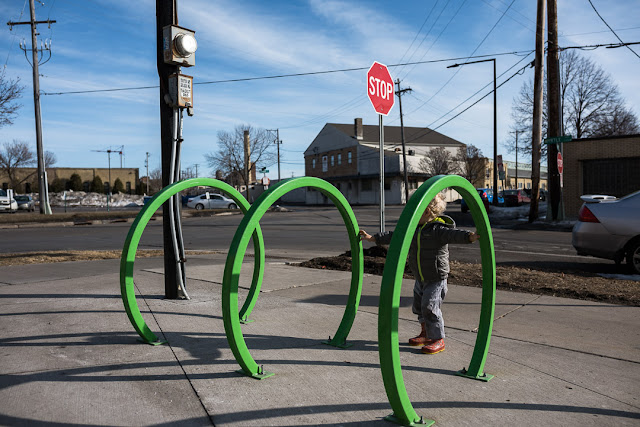 Scott gets two deals a day so we headed over to Dual Citizen. 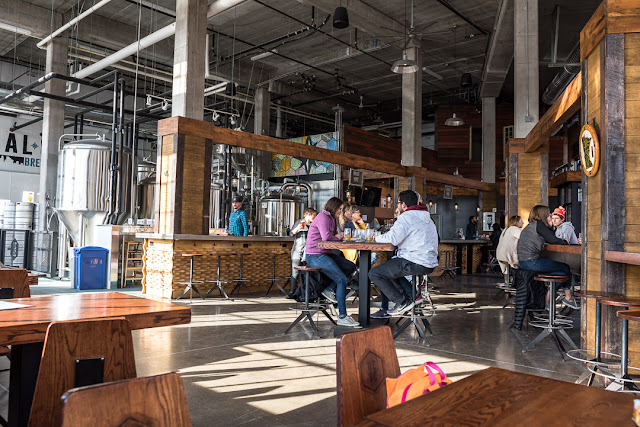 I hate when breweries are overcrowded.

This one wasn't too bad. 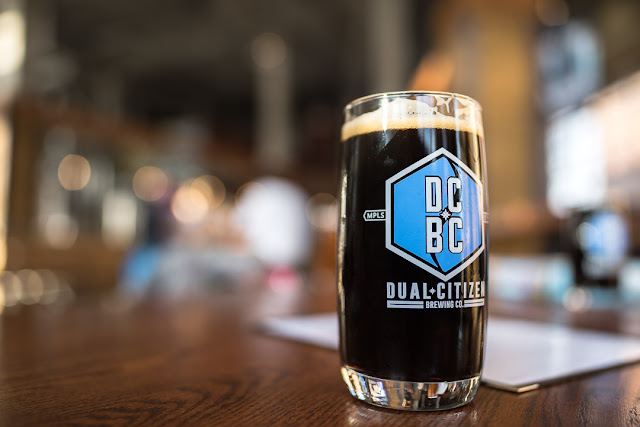 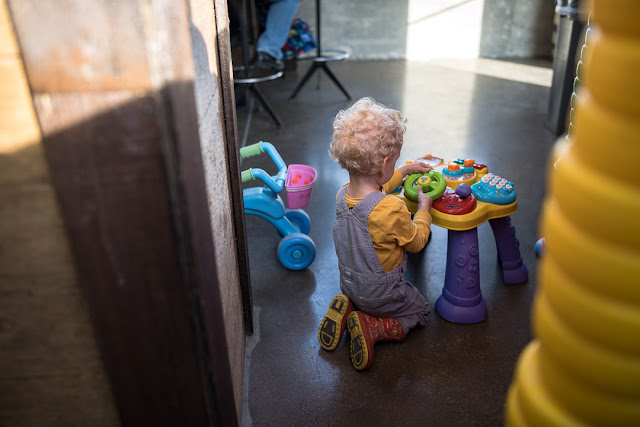 This place had a kids area too. 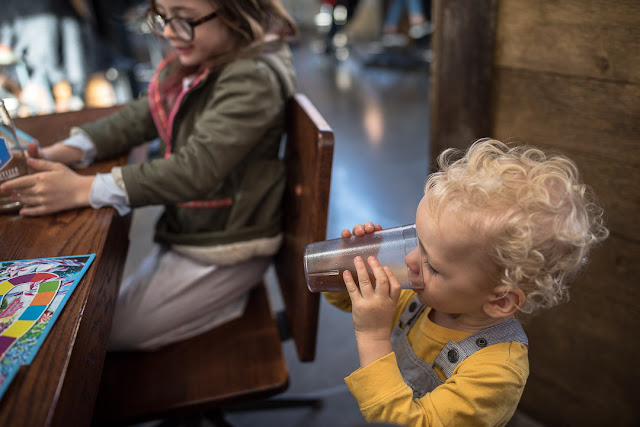 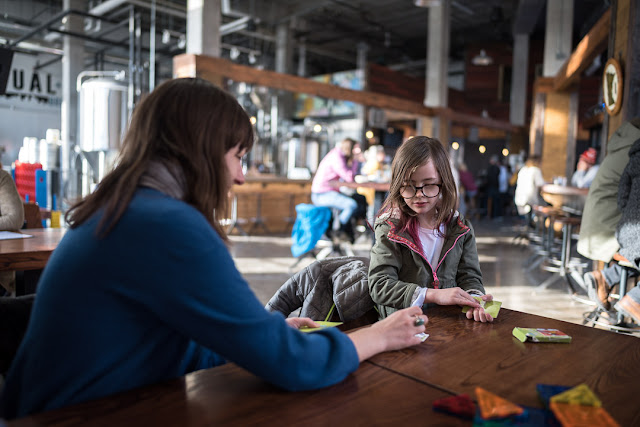 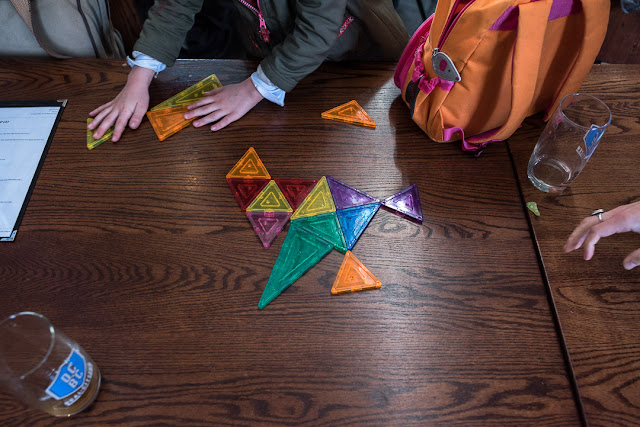 We always bring cards and Picasso Tiles along. 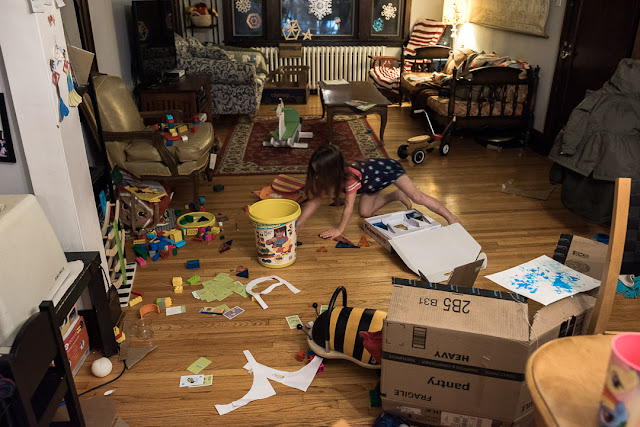 The kids have been mess monsters lately. Clean up time was needed before bed.