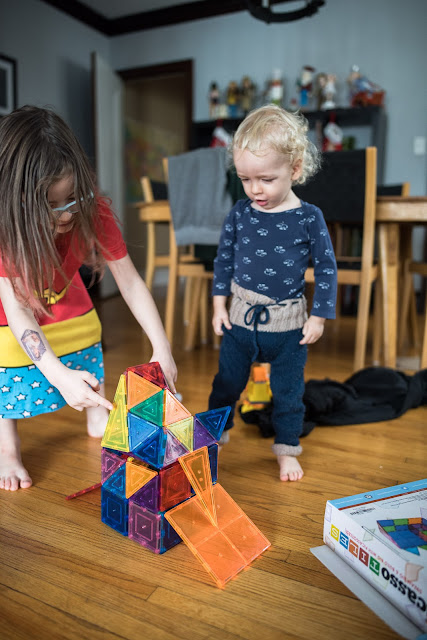 For Christmas Scott received Picasso tiles and they've been a hit with our family.

I played with these quite a bit at Brooke's sisters house. Funny thing is that these kids have been mostly playing with them. That's OK with me. 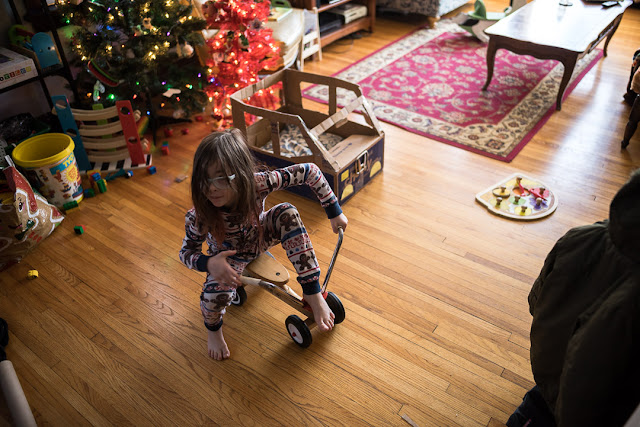 Since we got back from winter break the kids have been playing with their toys a lot more. 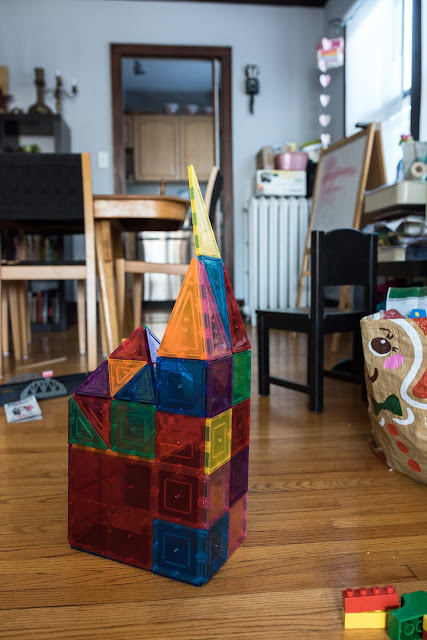 Meadow's way more creative than me. 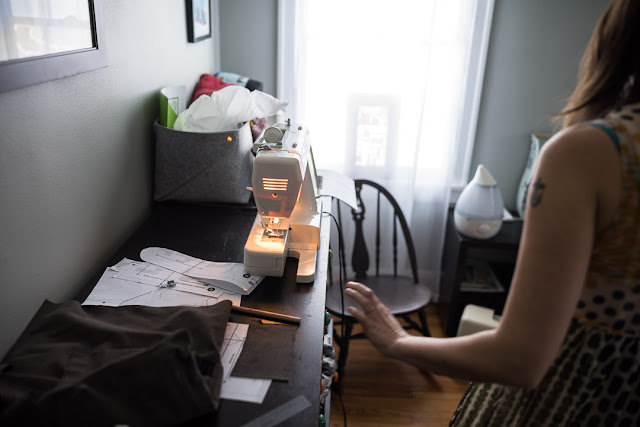 I spent the majority of the day working on my backpack. It's turning out to be easier than I thought. 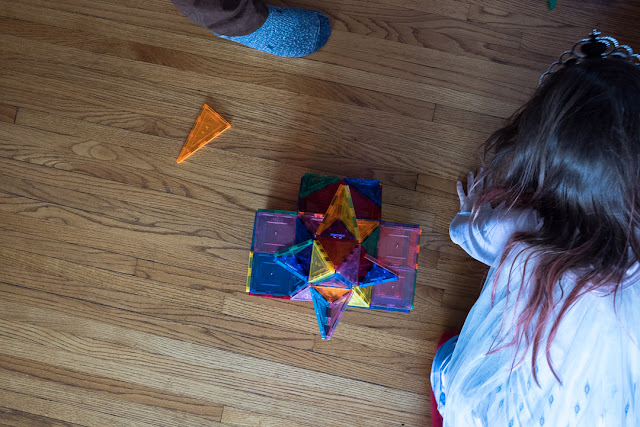 And another masterpiece. She has us send pics to Blake each time she builds something. 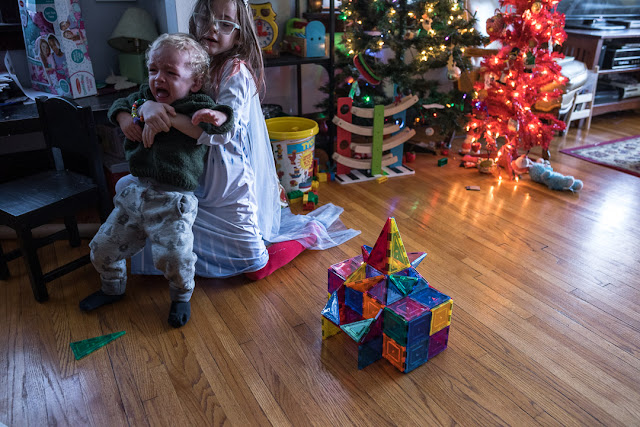 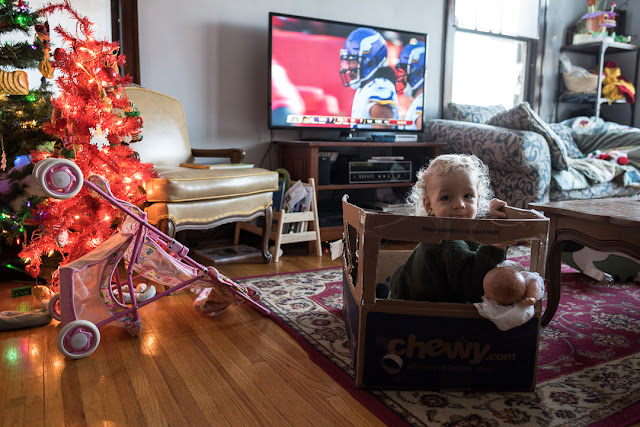 It is OK for you to go in the cardboard car, buddy. 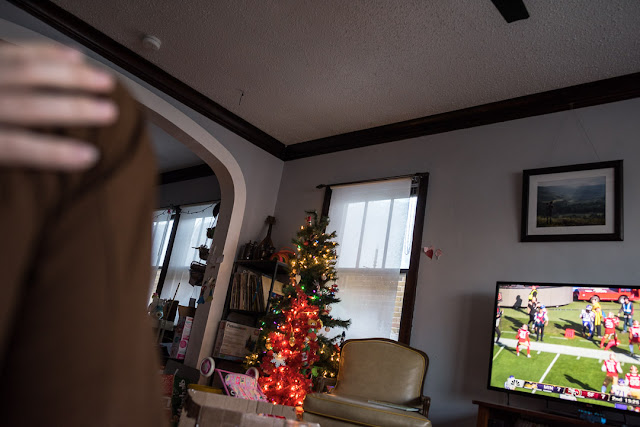 We were having Aaron and the kids over, but he had been held up a bit. So, we turned on the game and Meadow took a picture. 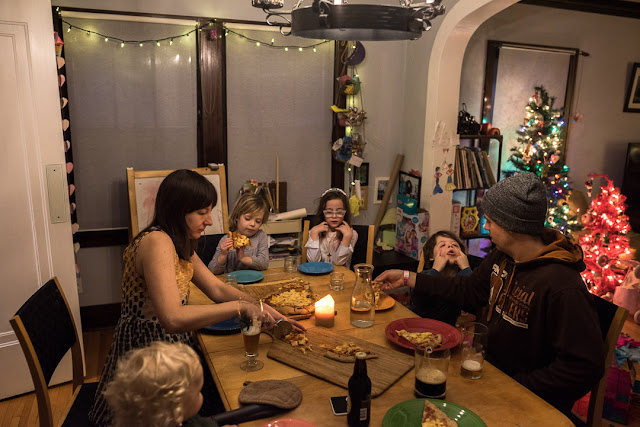 We were supposed to have our annual Indian Turkey dinner, but the turkey hadn't defrosted in time. Instead we had Scott's famous homemade pizza. We've been hosting dinners a lot lately. 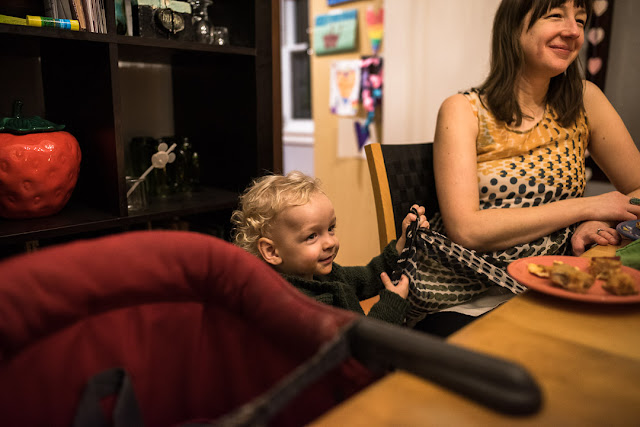 Little buddy was excited to have a guests.

We're so busy in summer that the winter months are nice to catch up with friends. 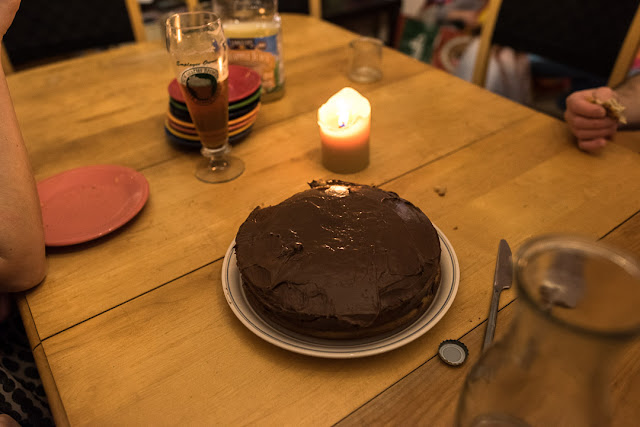 Aaron even brought a vegan cake for dessert. 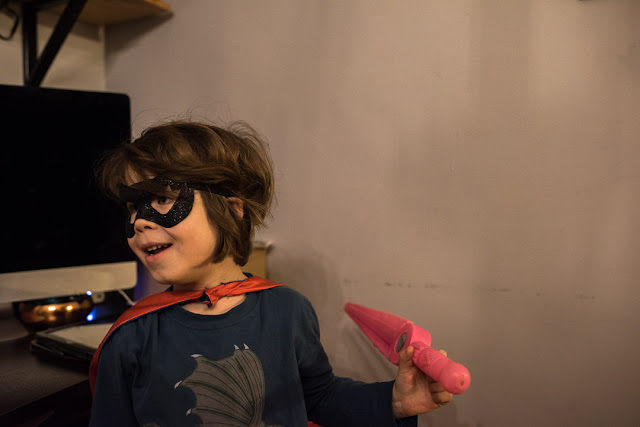 The kiddos played like maniacs all night long. It was great having Aaron over. We'll have to do it again soon.