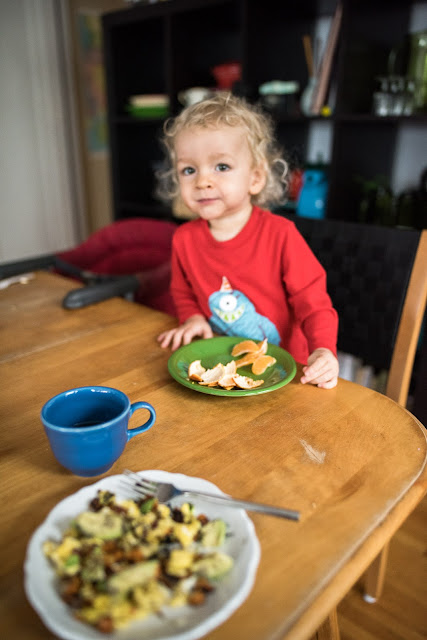 The kids like getting up early these days. And by early I mean 8:00. Theo has also decided he's suddenly too big for his high chair.

Isn't that late for you? For me that's way too early. 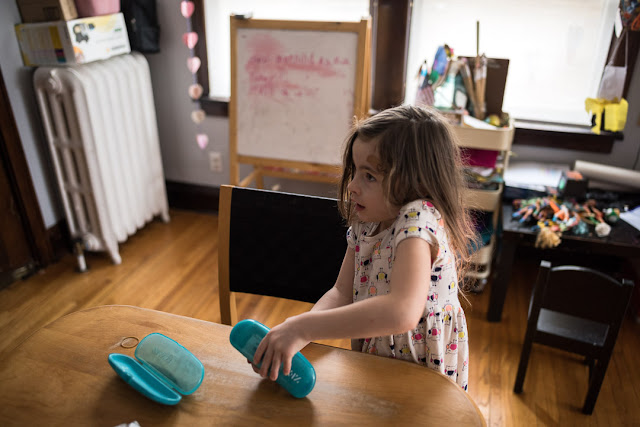 After Meadow broke her glasses ice skating last week we ordered her two new pairs so she'd have a backup. We had to expedite the order and they arrived today.

Needed those glasses before our trip to Mexico City. 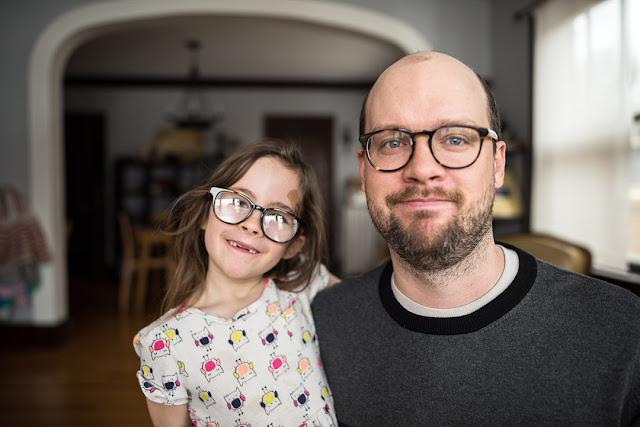 Hey look who decided to match their dad! 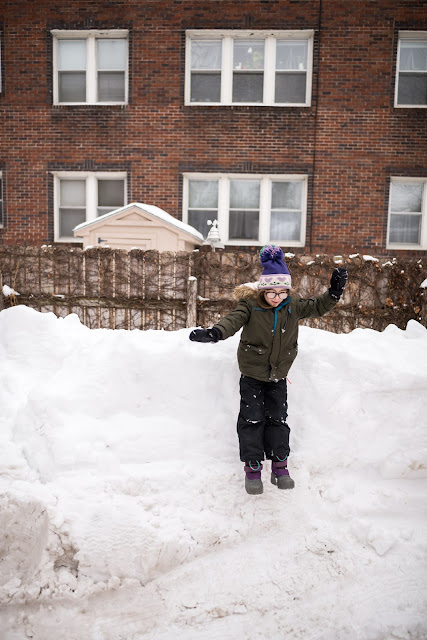 Today was the Winter Kite Festival. 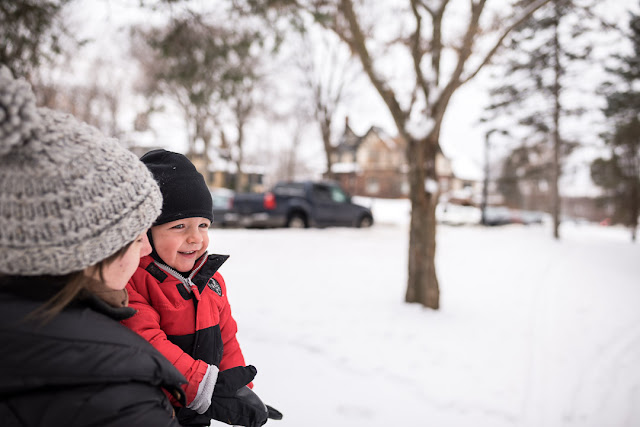 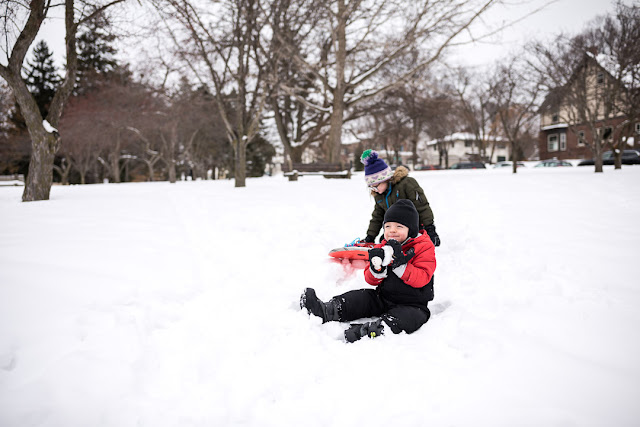 Along the way the kiddos insisted on eating all the snow. 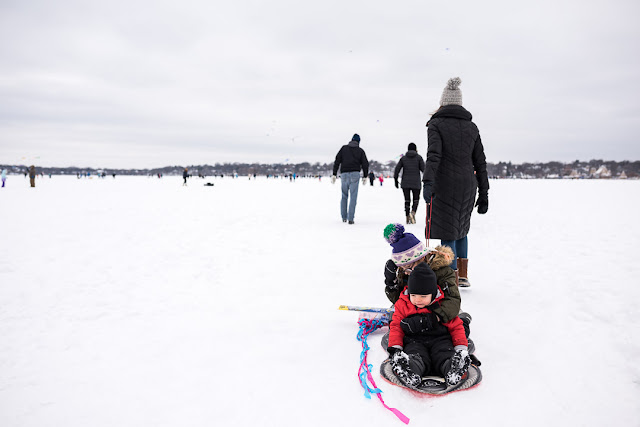 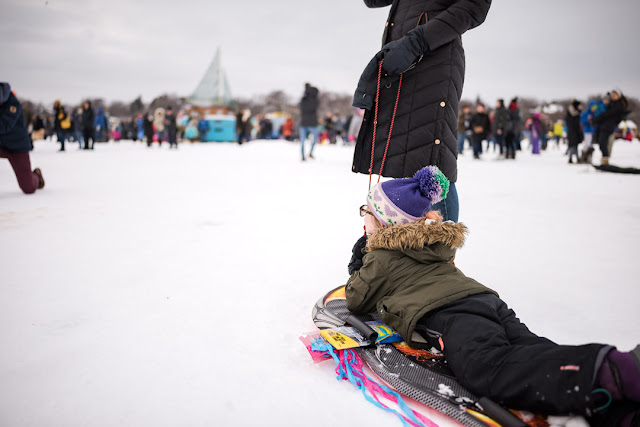 One child prefers to be pulled by the sled while the other prefers to walk on his own. 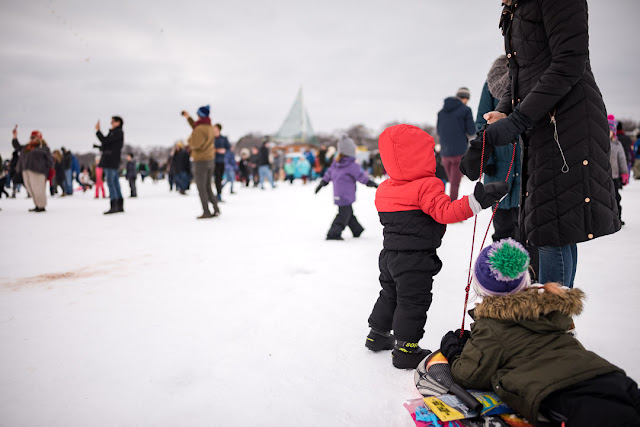 You two have this backward. 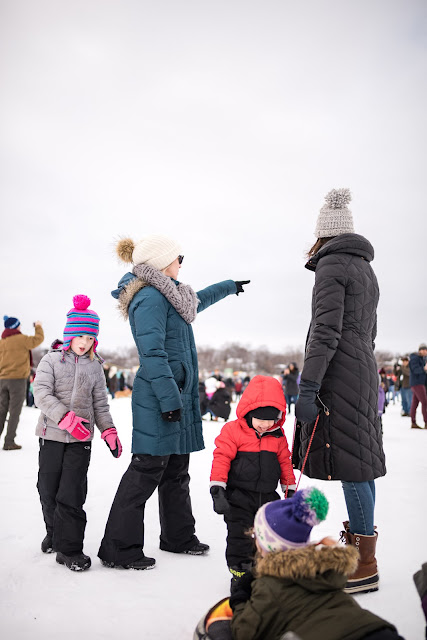 We met up with Shannyn, Brent and the kids. 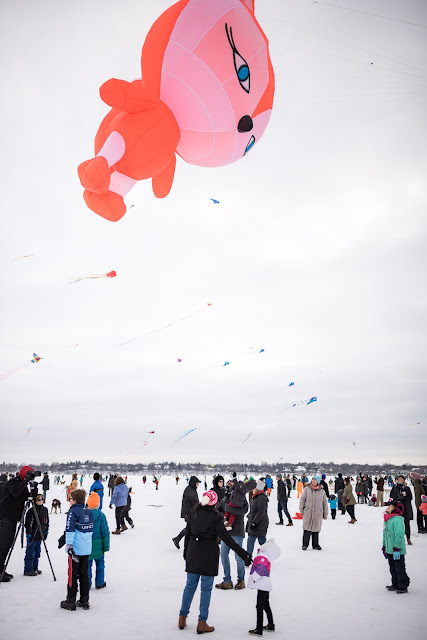 This giant bright orange fox was a new addition this year. 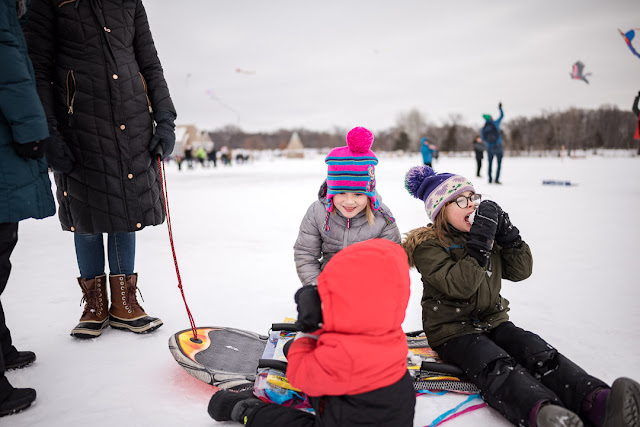 Eleanor loves little Theo, but he just wants his space. 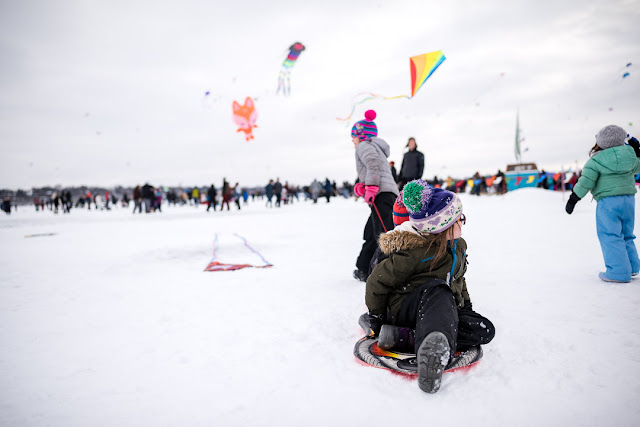 The parents flew kites while the kids played with the sled. 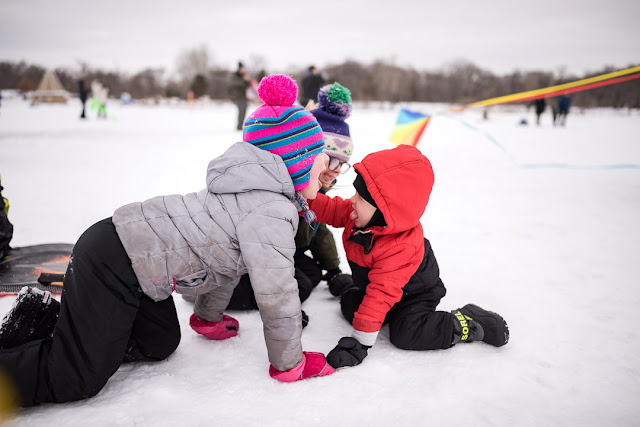 And picked on Theo. 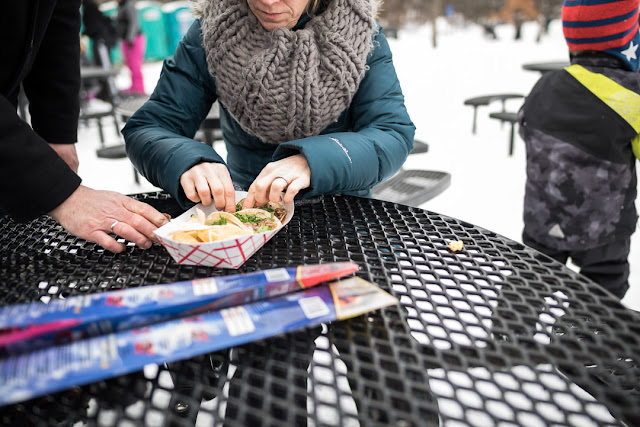 We had already ate, but Brent and Shannyn got some tacos.

We figured we'd be getting enough of those soon. 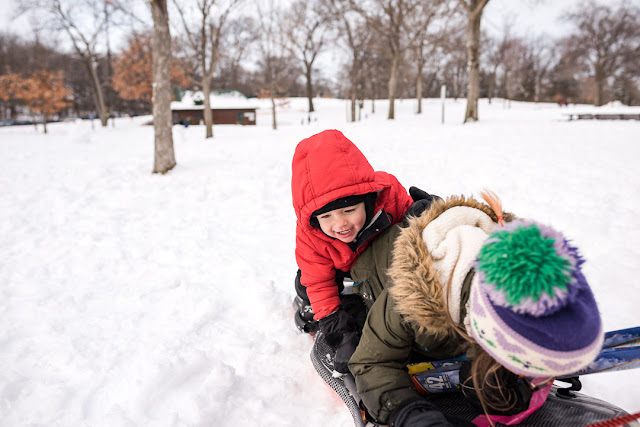 Then we parted ways and headed back home. 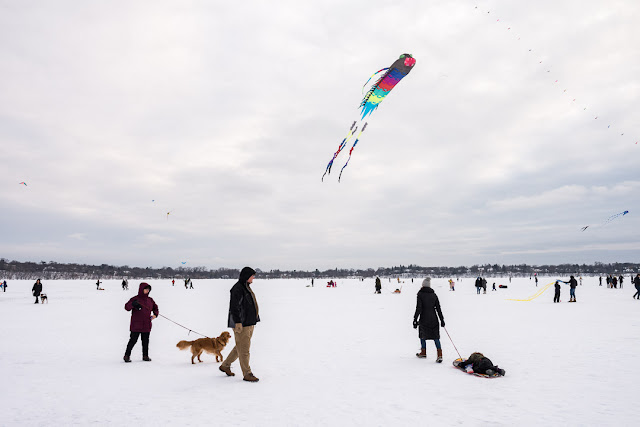 Brooke insisted we cross the lake on the way back. 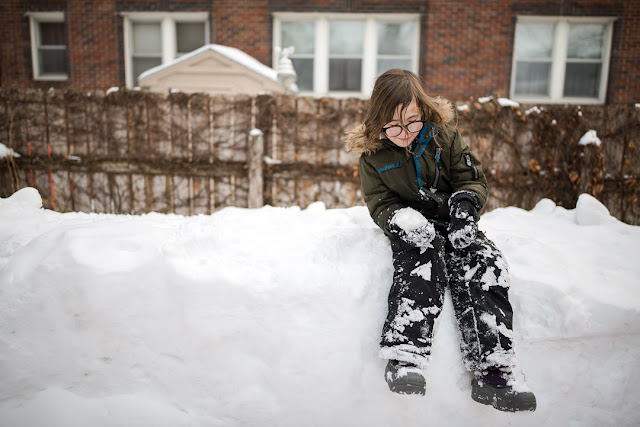 Meadow wanted to stay outside. 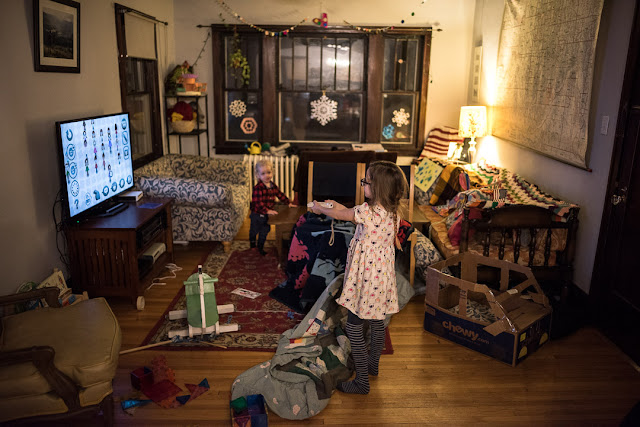 After dinner we took a trip to the American Mall to find shoes only to come back empty handed.

She's very indecisive. Maybe we'll get some cool shoes down in CDMX.