Sledding on a Saturday 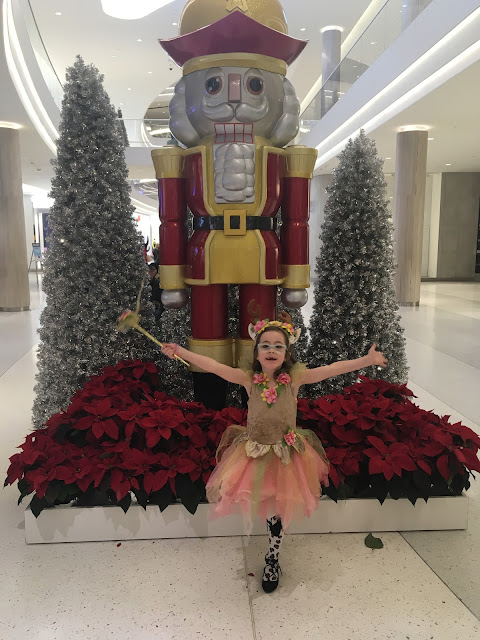 Friday night we went to the mall in hopes of seeing Santa. We made it too late. Meadow would have to write him a letter instead. She asked for a white dress like the one Elsa wears in Frozen 2 and a crinkle cutter for Theo. 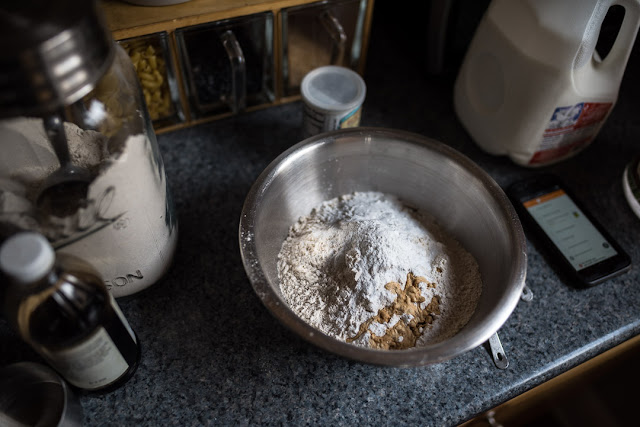 Meadow would eat waffles for every meal if she could. 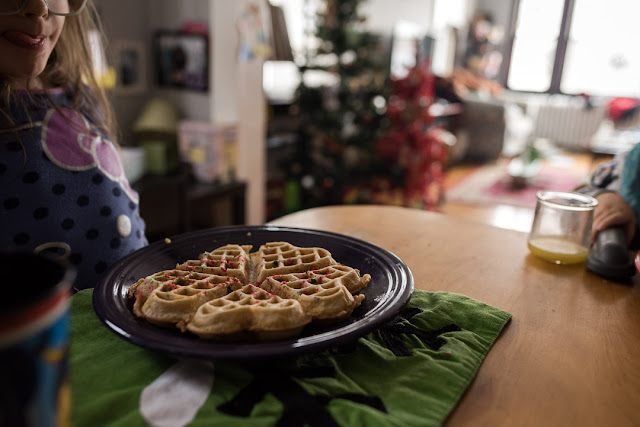 I added some Christmas sprinkles for Meadow.

Ever since we did it for her birthday last year she requests it. 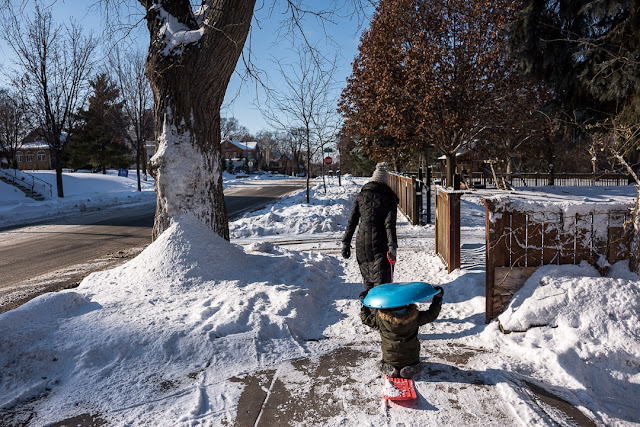 We got a nice snowfall, it was finally time to go sledding. 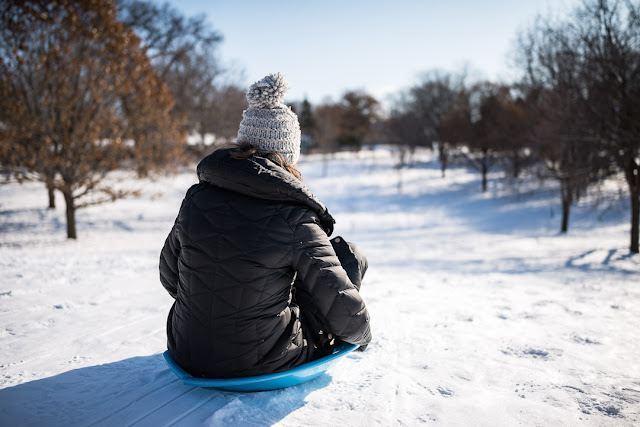 I thought we could go over to Lyndale Park to get a Christmas card picture, but Brooke's super particular. So, it ended up being just a good time sledding. 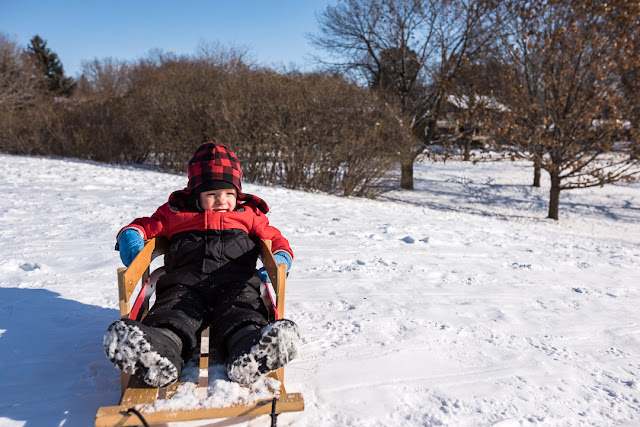 Theo has mixed feelings about sledding. 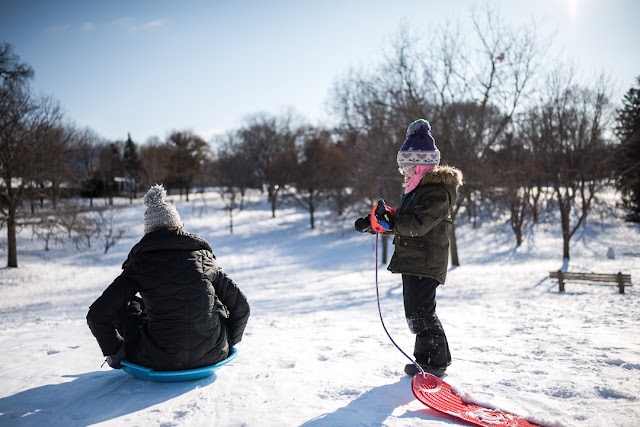 Meadow brought her new snowboard along.

We went thrifting on Black Friday. The store had everything for half off so it was only $1.50. 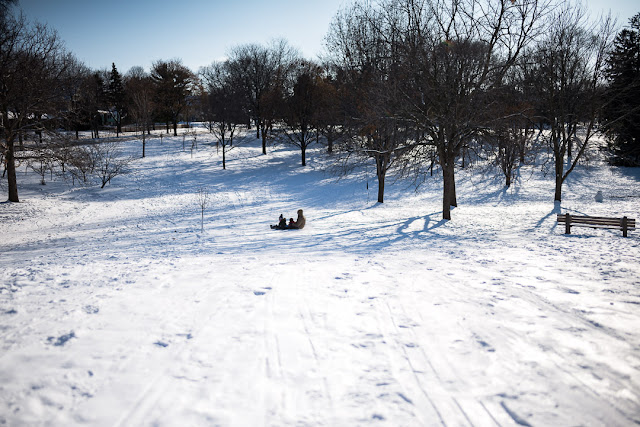 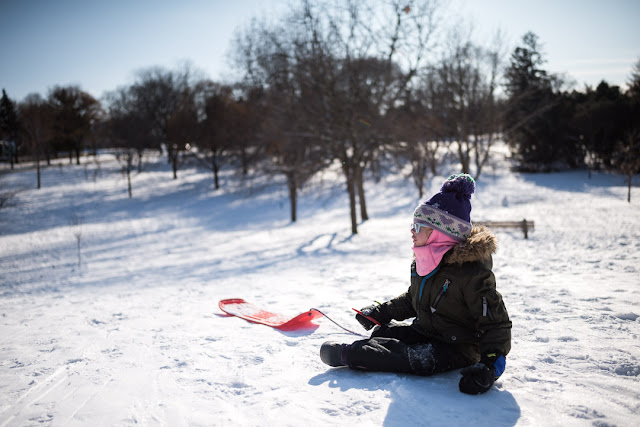 At first she was falling down. 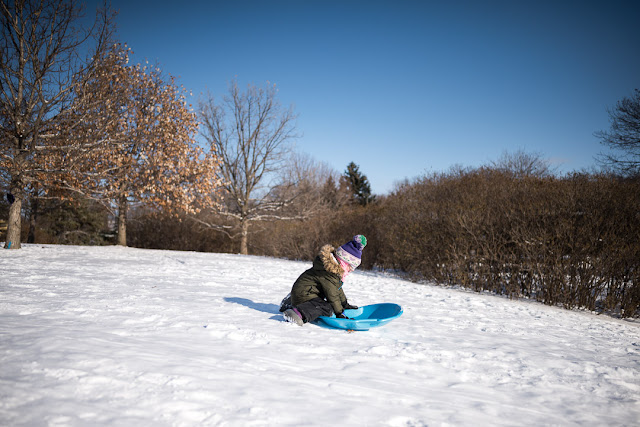 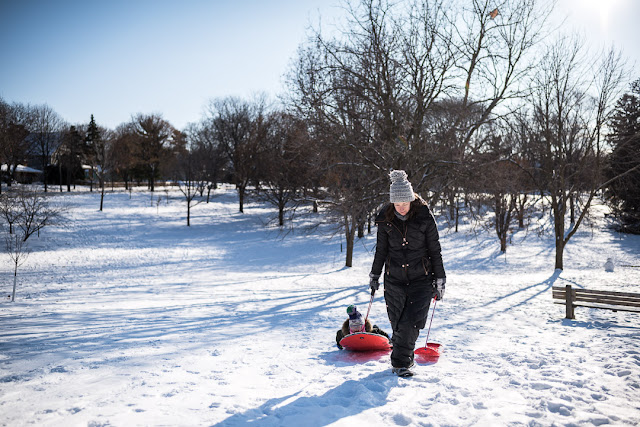 I gave the snowboard a try too. 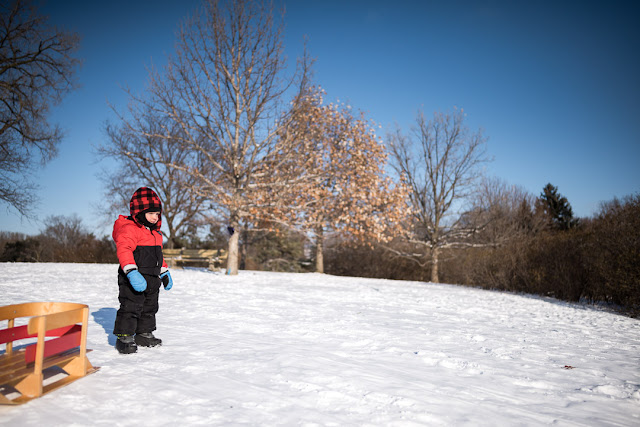 I thought it'd be busy, but only one other family was with us.

Most folks sled behind the Wirth house just down the block. This hills a lot tamer. 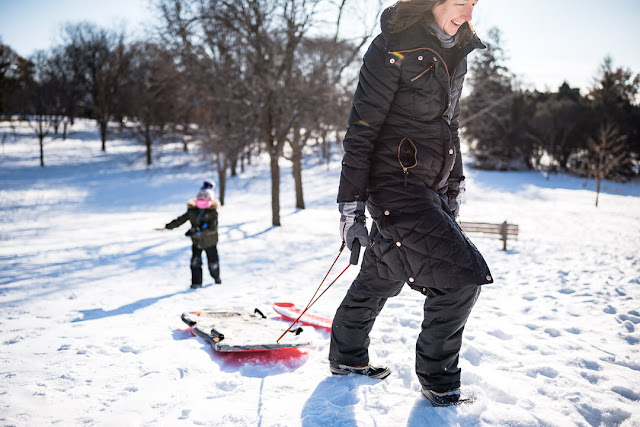 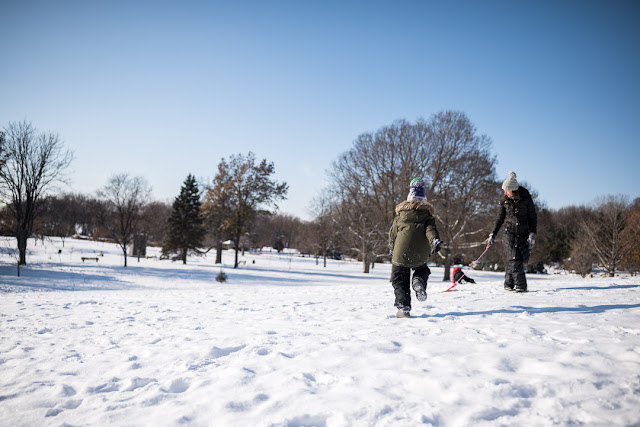 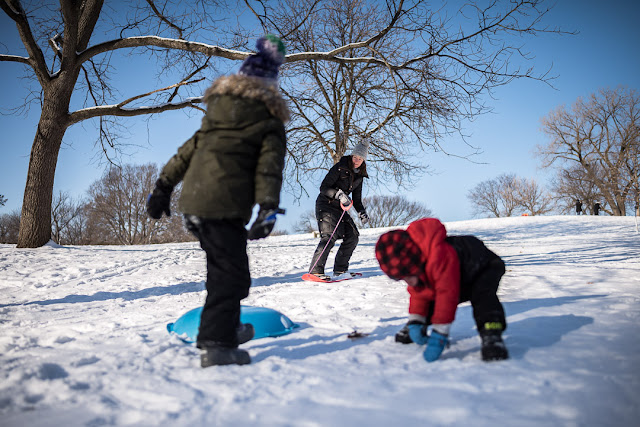 Brooke apparently has real snowboarding down even though she stinks at Wii Fit snowboarding.

I did tumble on the more packed down areas. The other little boy here was way better. 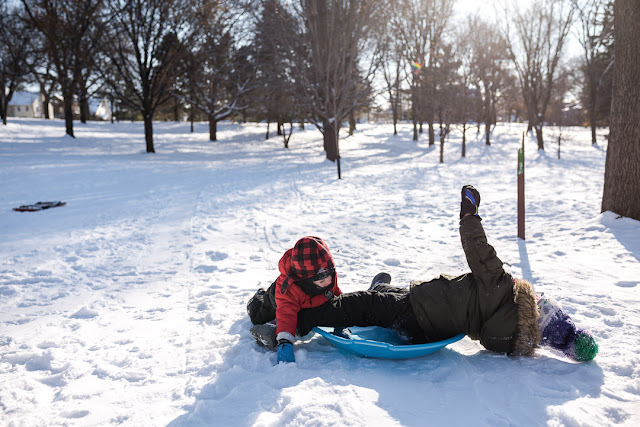 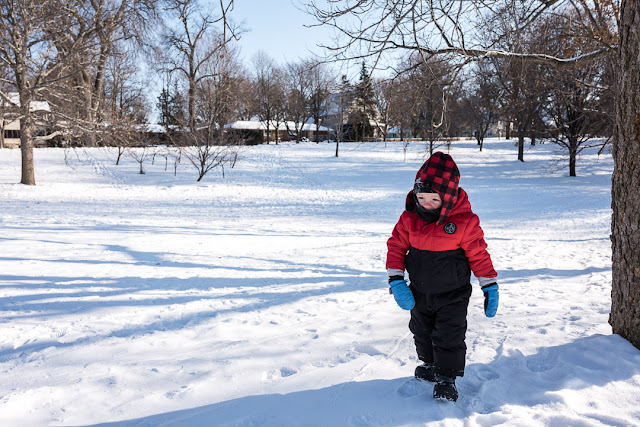 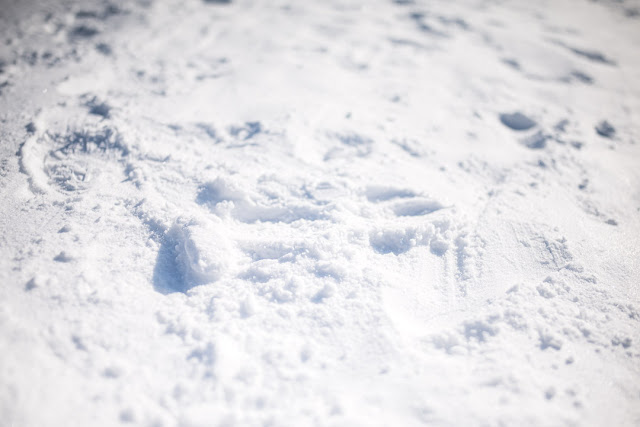 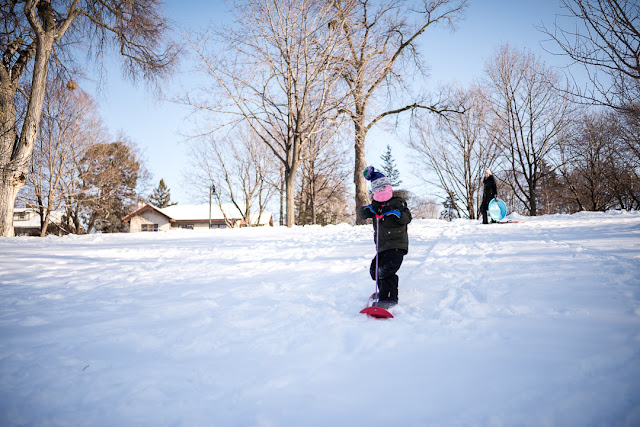 Eventually Meadow got the snowboard down. 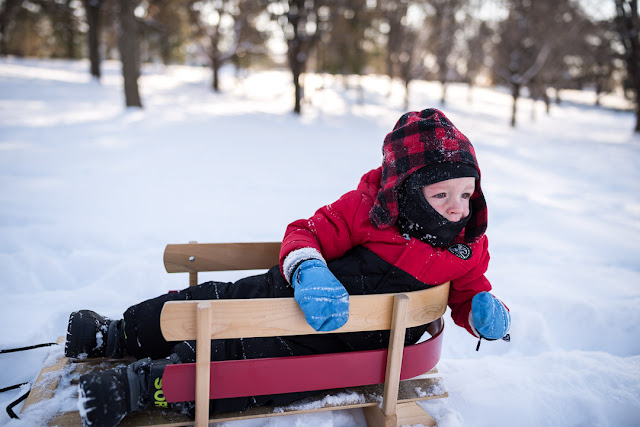 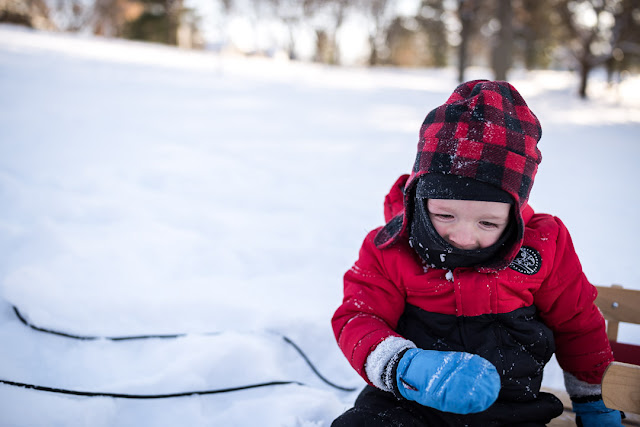 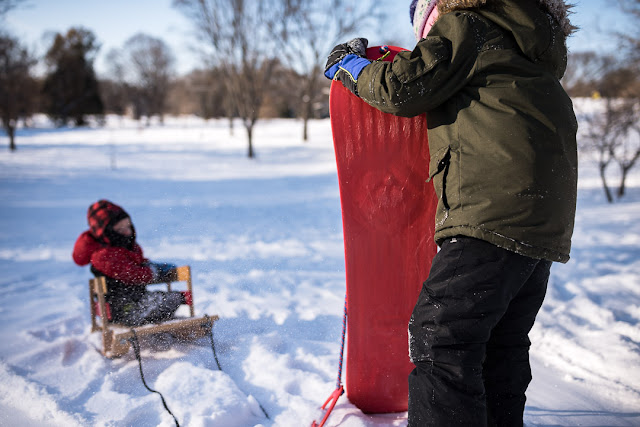 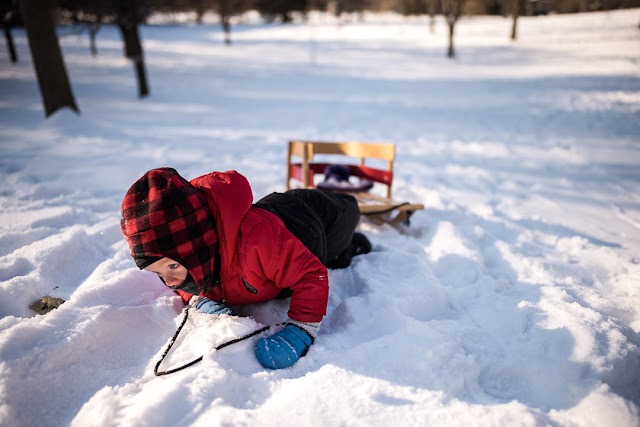 We bribed Meadow into coming home with hot chocolate. 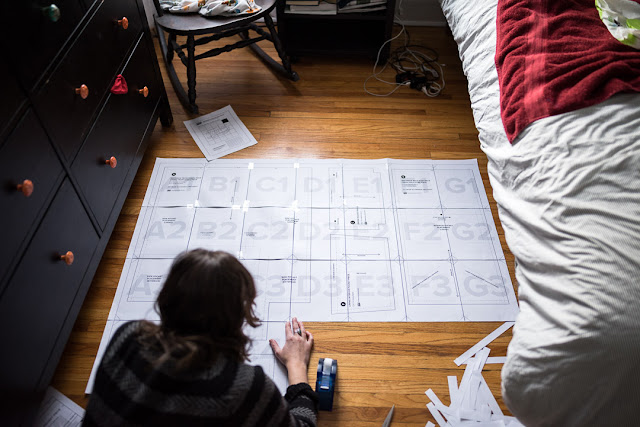 While Theo napped I started piecing together my pattern for the backpack. 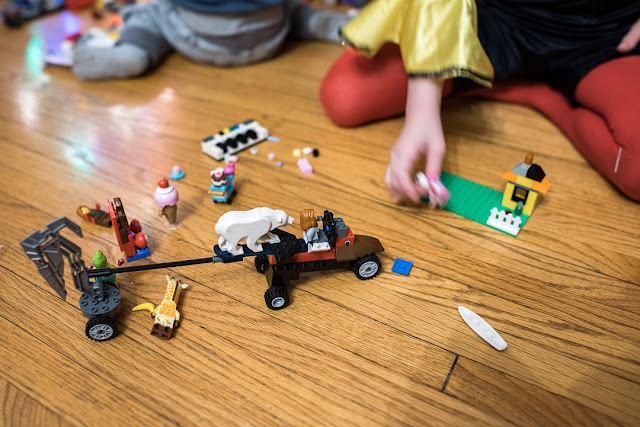 We played with legos while Brooke was busy. 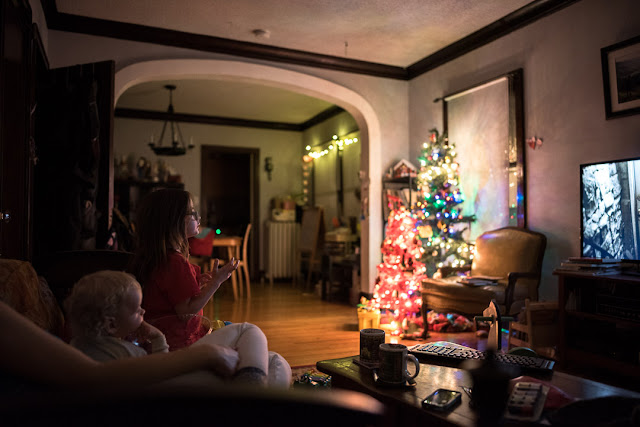 Meadow didn't want to watch it initially, then she said it was her favorite movie.