We Almost Didn't Make It to Doors Open Minneapolis 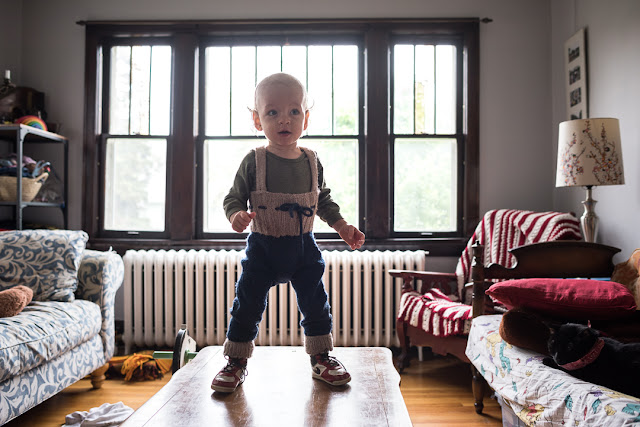 Theo thinks its okay to stand on tables. 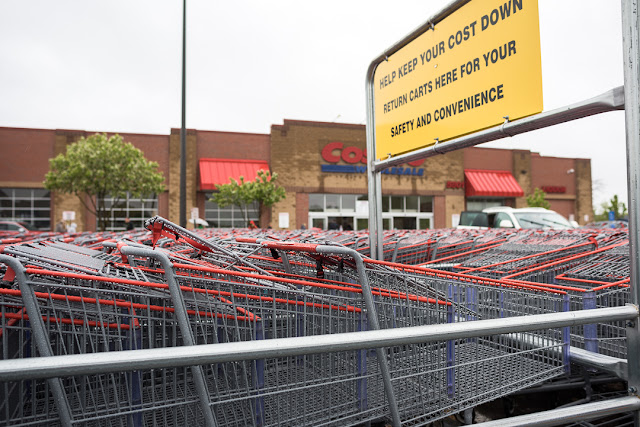 We had errands to run in the morning. I wanted to get to Costco right when it opened but we made it a half hour later. 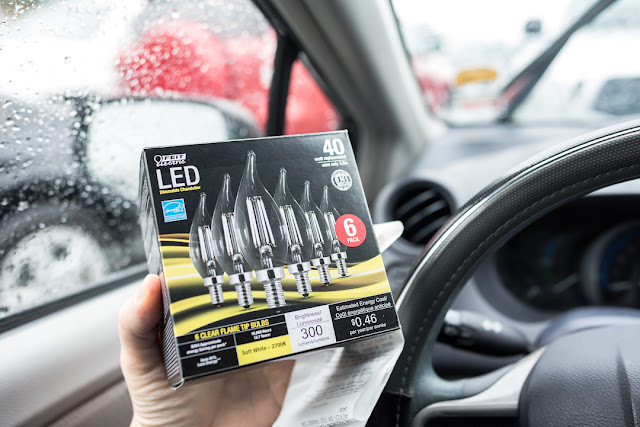 After we spent too much money at Costco we returned some bulbs to Menards. They were a tad too bright. Ok, they were blindingly bright. 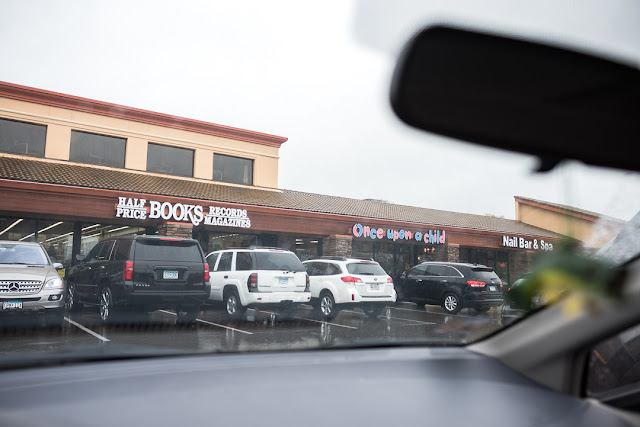 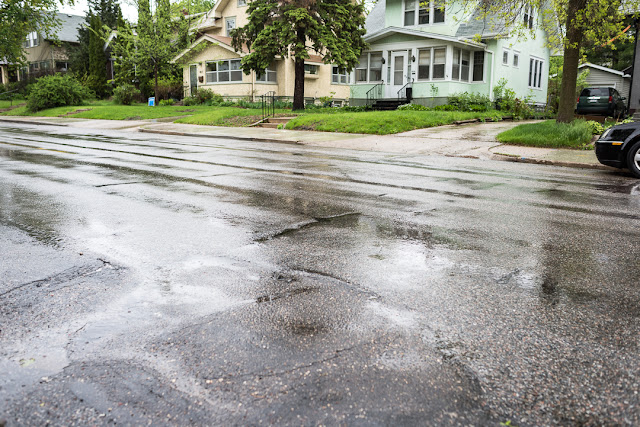 We had planned on biking around today, but it was cold and rainy. 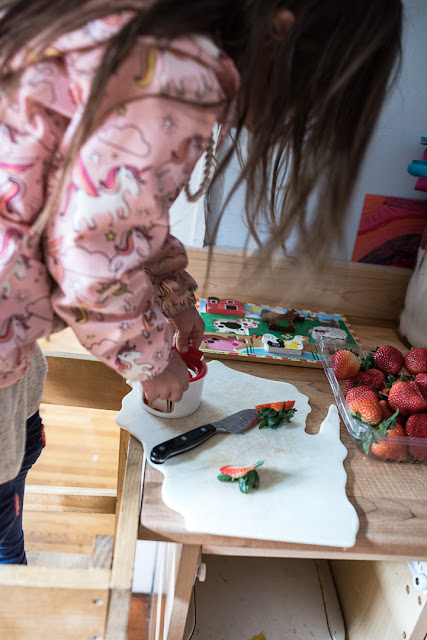 Meadow and I prepared our lunch. 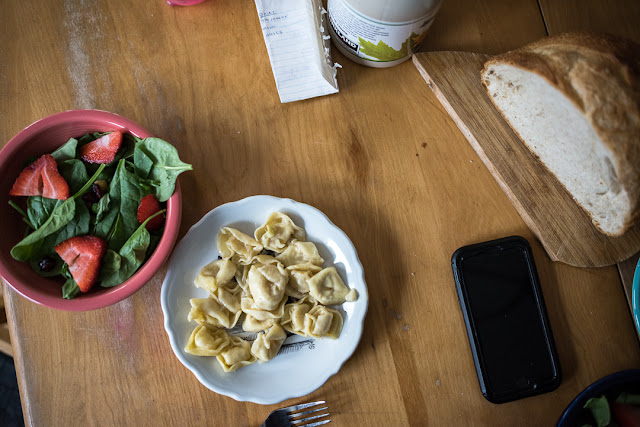 You knew we were going to have leftovers, right? 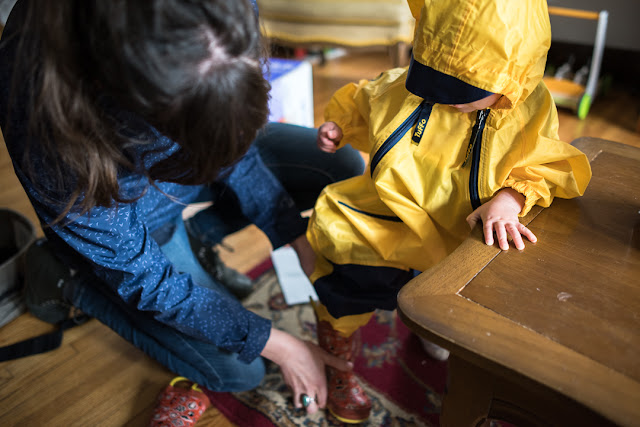 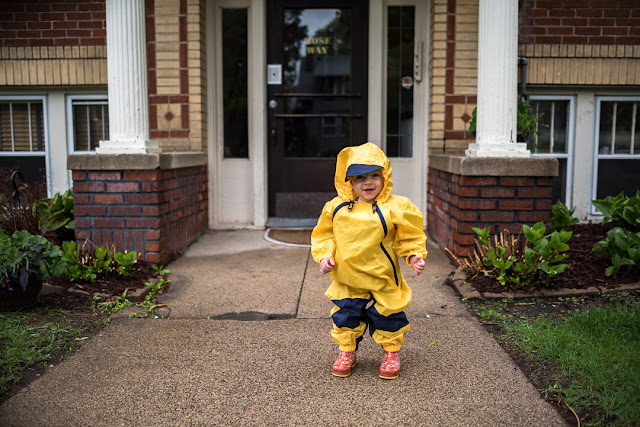 His rain suit is a bit large, but it does the job, especially with the new rain boots.

He'll grow into it. 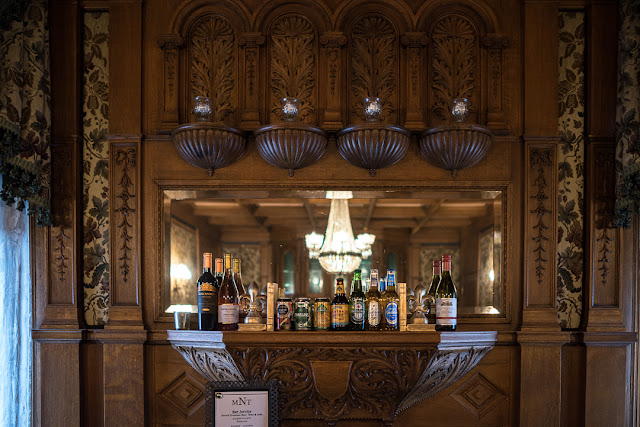 This weekend was Doors Open Minneapolis. Like the Minneapolis St Paul Home Tour but for businesses.

Buildings of all kinds. Big and bigger.

Our first stop was the Van Dusen Mansion. Meadow couldn't believe you could have your wedding here. 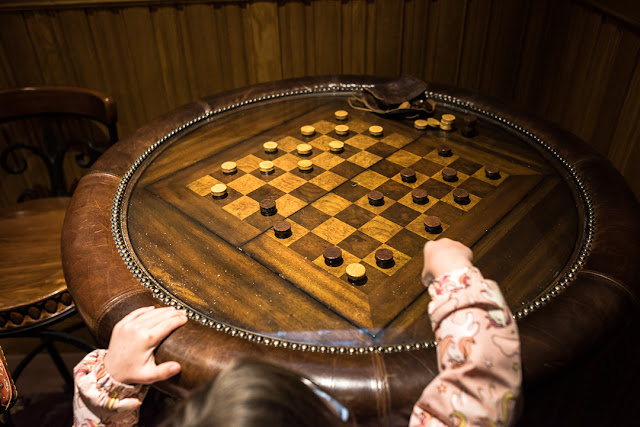 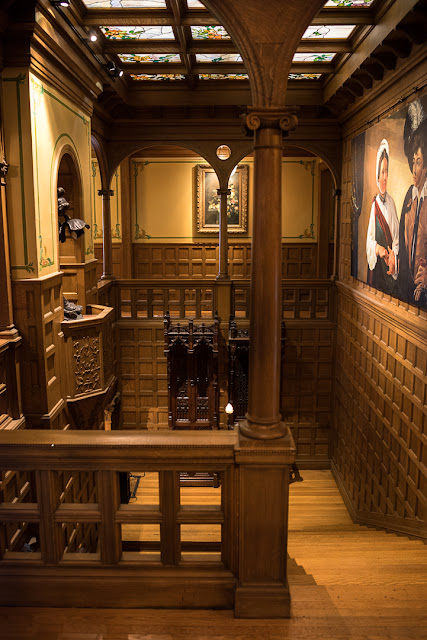 Could you imagine living in a place like this. The Gilded Age, man. 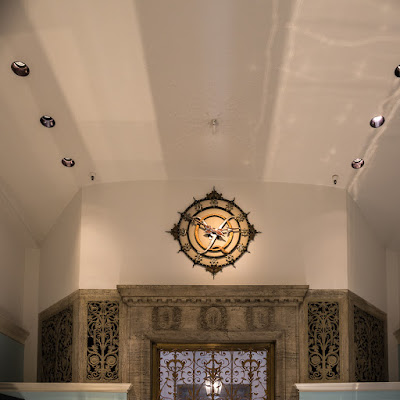 Our next stop was JB Hudsons. They are the oldest continuously running business in Minneapolis, opening in 1885.

Though they have moved around downtown a few times. 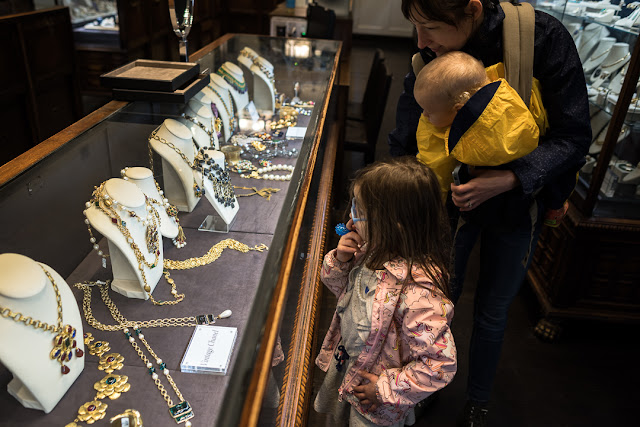 They still use the original cases and had vintage Coco Chanel jewelry. They also gave Meadow a light up ring for visiting.

Meadow eyes also lit up looking at the opulent jewelry. 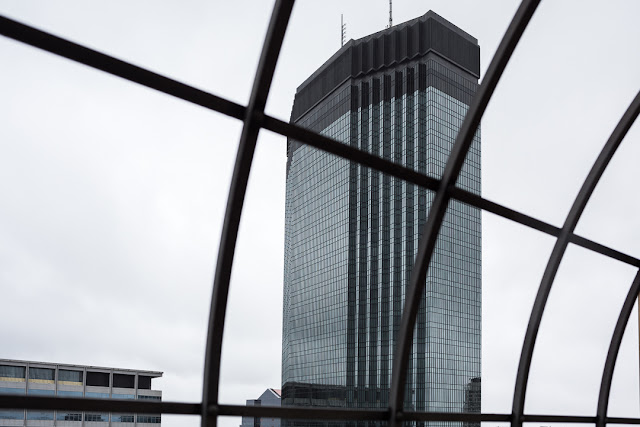 Then we went to the Foshay Tower and up to the gusty observation deck. 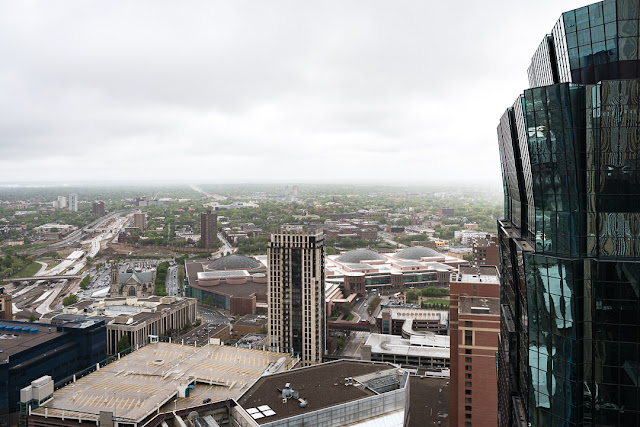 I didn't think they'd let us on the observation deck. It was a nice surprise. 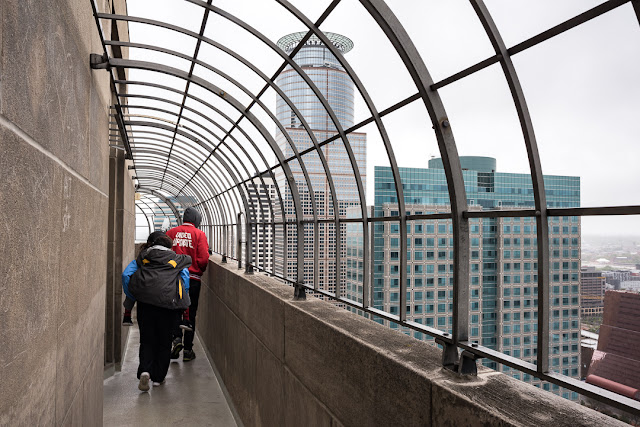 Views for days. Too bad the wind was freaking me out. 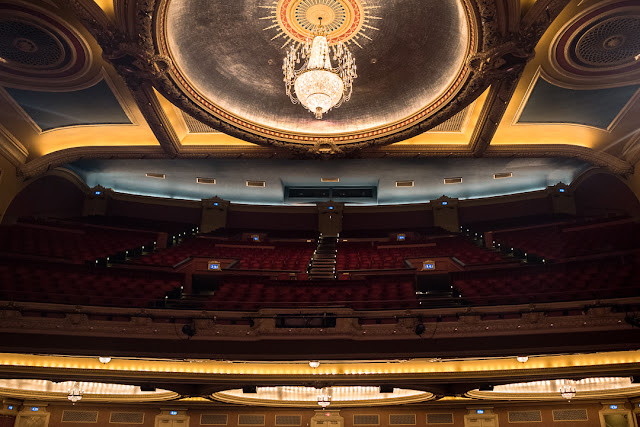 We ended our little adventure at the Orpheum Theater where we got to stand on the stage. So many greats have played here. 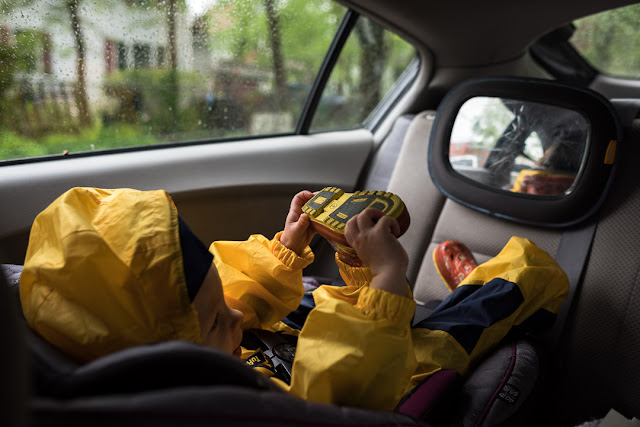 What did you do to your legs Theo? 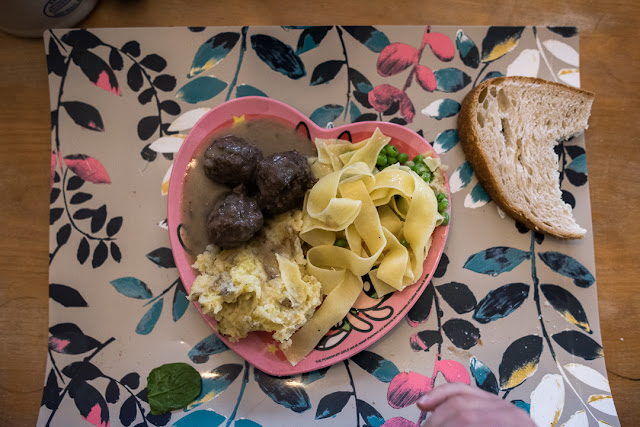 For dinner we had a meal that even G.G. would approve of. Swedish Meatballs, egg noodles and smashed potatoes. Meadow loved it. 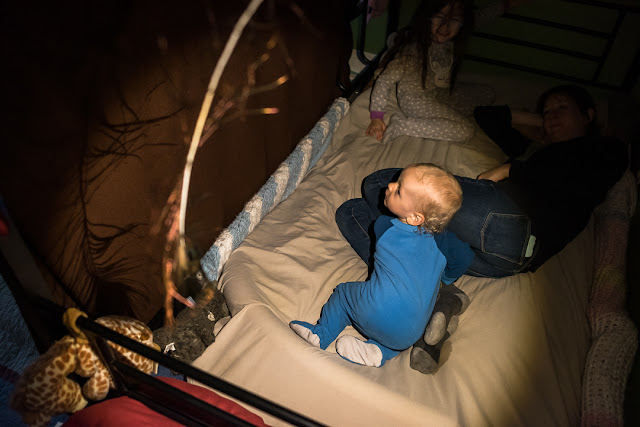 Before going to bed Meadow made a fort in the bottom bunk.