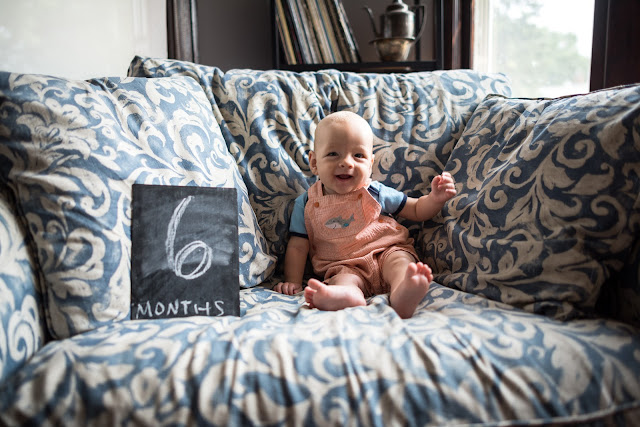 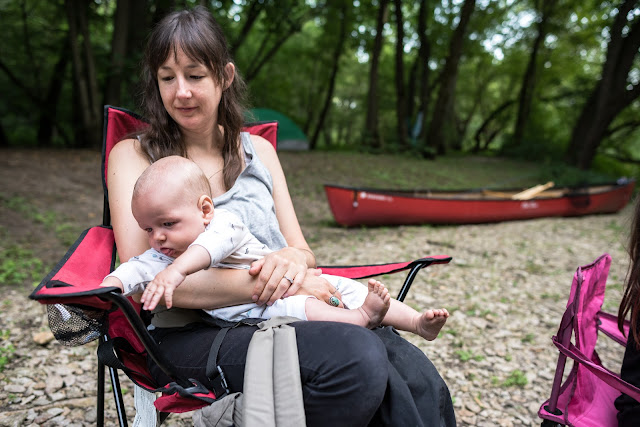 He rolls from front to back and back to front. He can spin around while on his stomach and grabs everything when in reach. 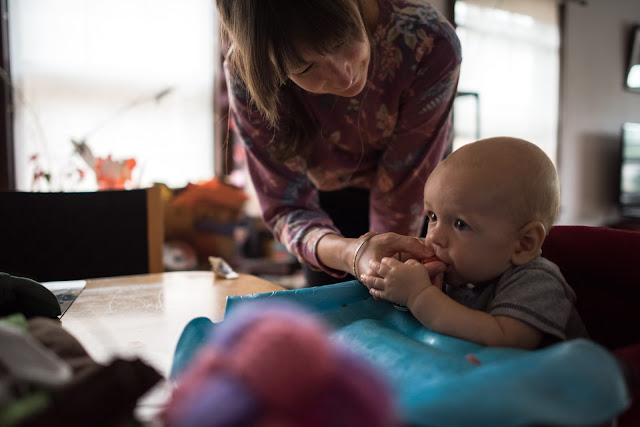 He gets mad when we eat together and he can't join. 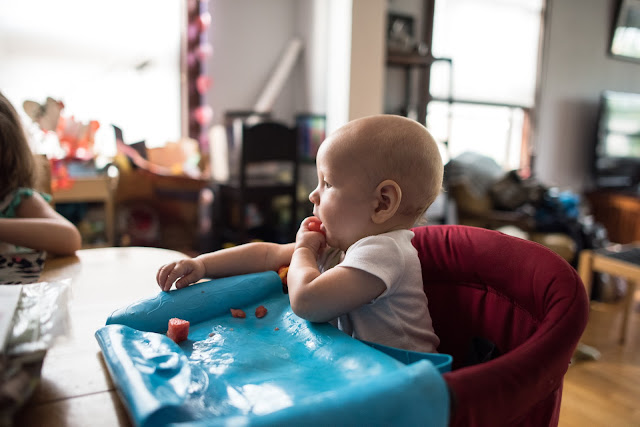 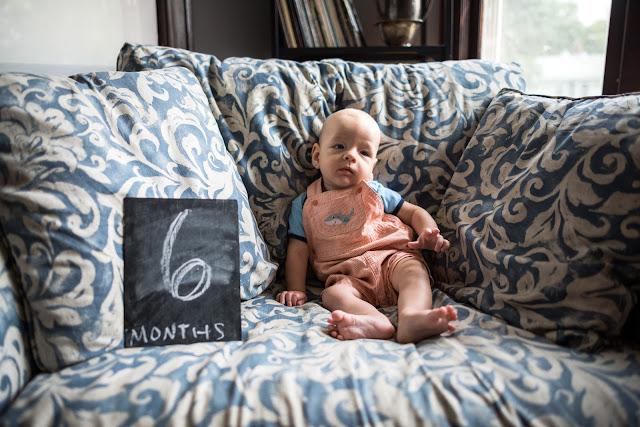 He loves to suck on his toes.

When going to bed he likes to snuggle with a blanket. 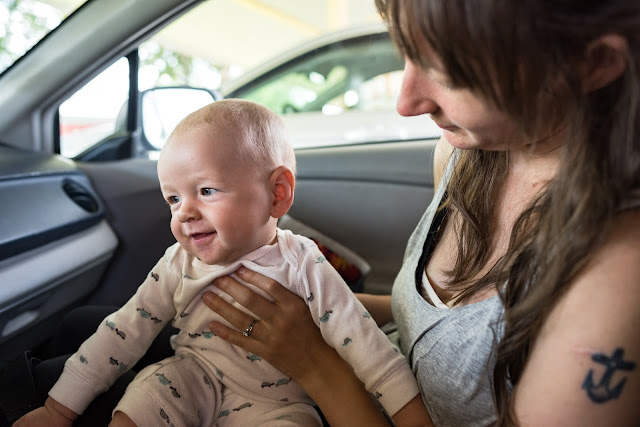 He's working on sitting on his own. He sits in a shopping cart and highchair fine. 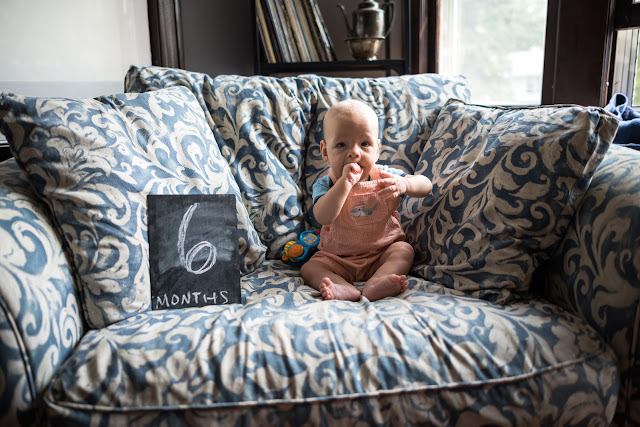 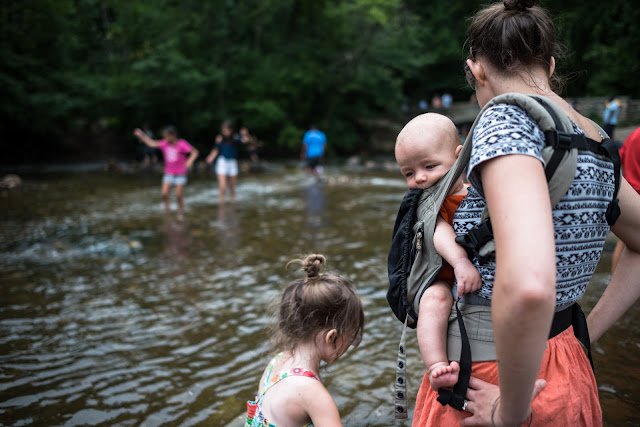 When people talk to him he smiles and then looks away shyly. 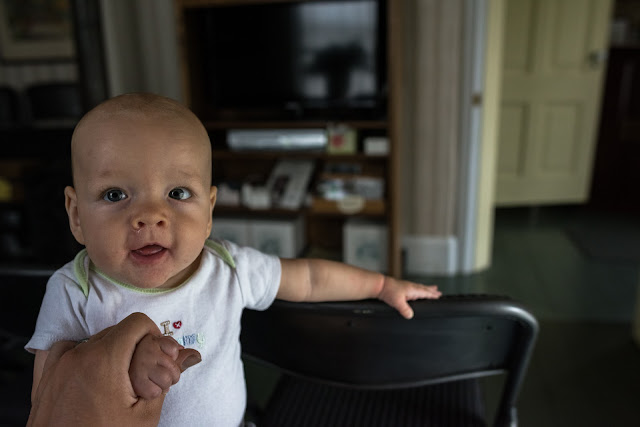 He's realized there are people he knows and people he doesn't. When strangers hold him he gets scared. 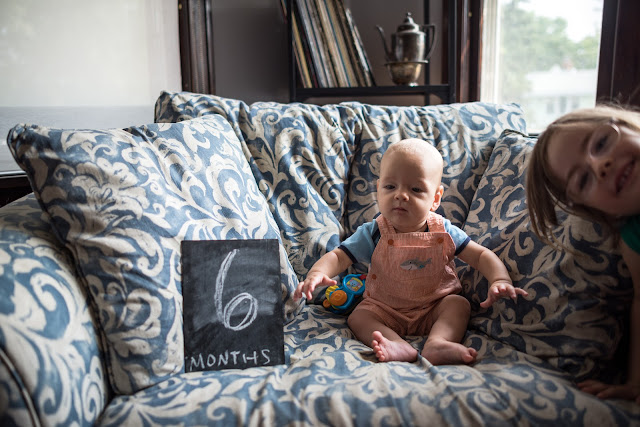 He likes to giggle with Meadow. 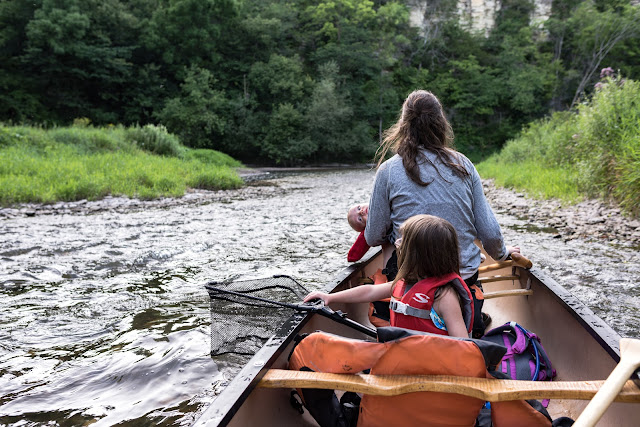 He still hates car rides or wearing a life jacket. 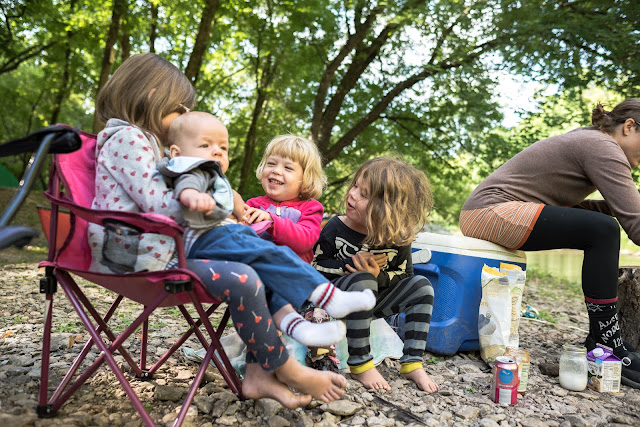 He is usually only upset if he's hungry or wants to be held. He will stop crying when you pick him up. 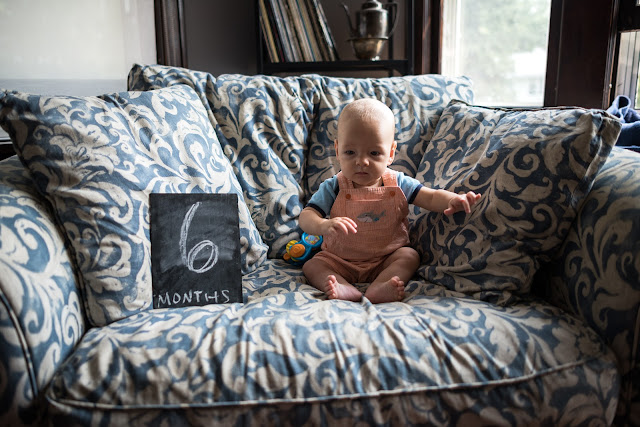 He no longer sleeps through the night and will wake up 1-2 times.

What she said and he's a cutie. I just love cuddling with this little guy.
Labels: Theo Theo's Firsts