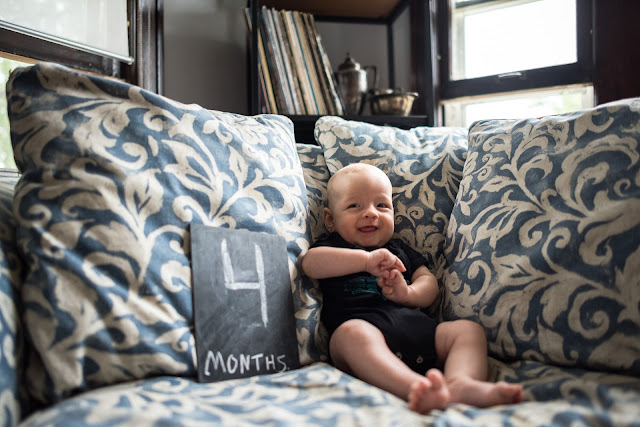 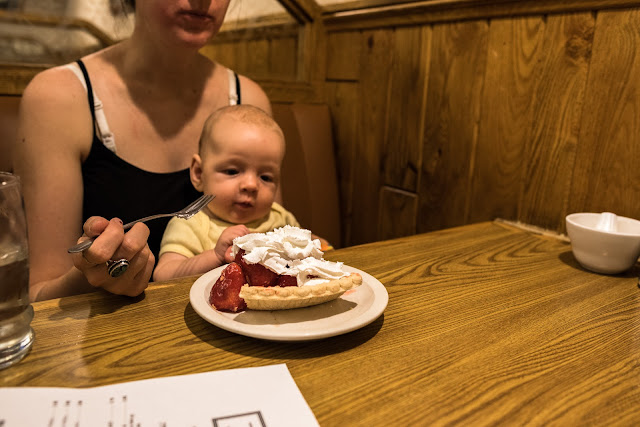 He's been more interactive and expressive, but still likes to sleep a lot. 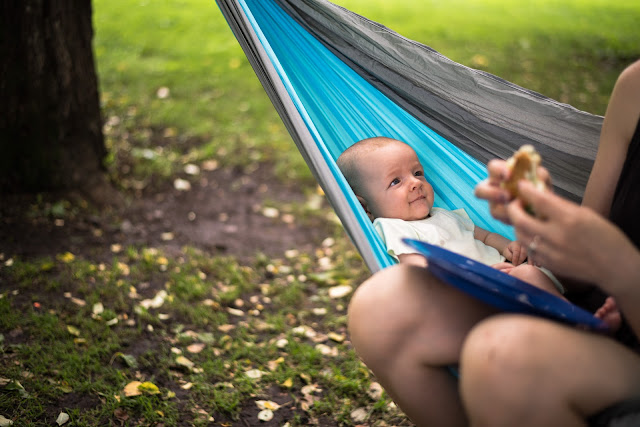 He loves sleeping, being talked to, looking in the mirror, being outside, his faces mobile, rolling over and looking out windows. 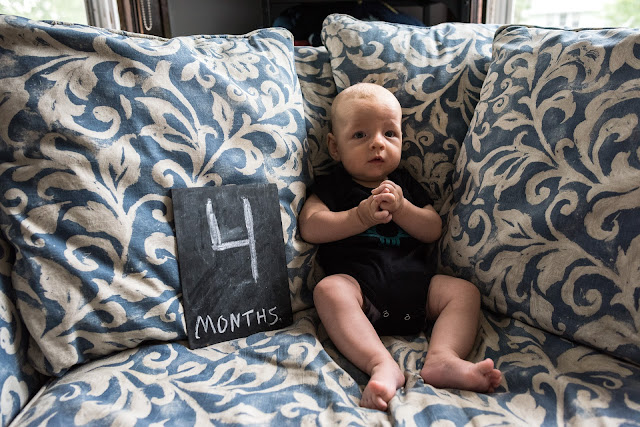 He still sleeps with us in his bassinet. Since he will be sharing a room with his sister someday we will keep him with us for awhile. 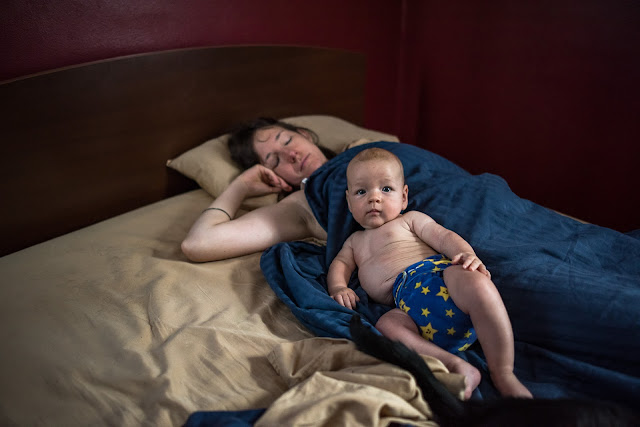 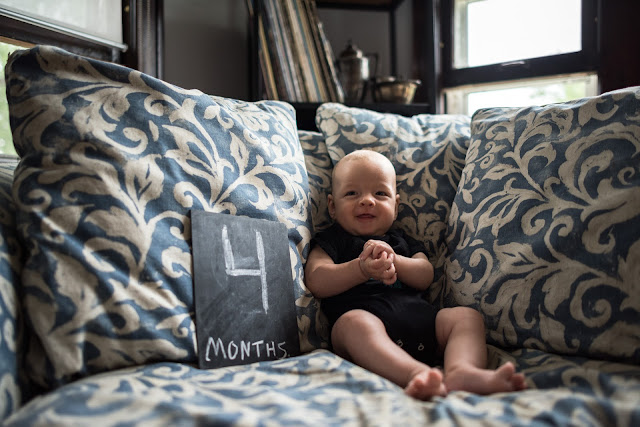 He falls asleep on his own for naps, but wants to be nursed to sleep at night. 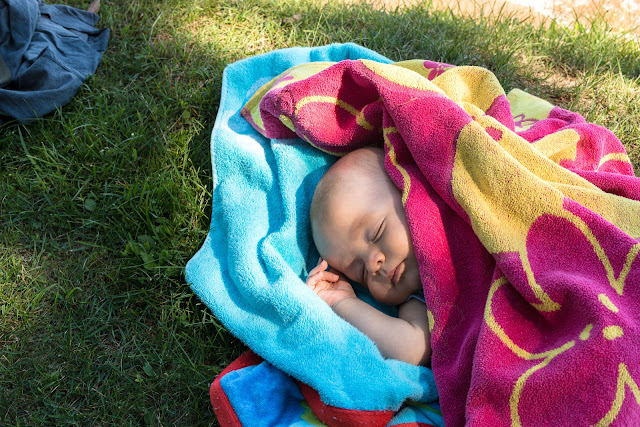 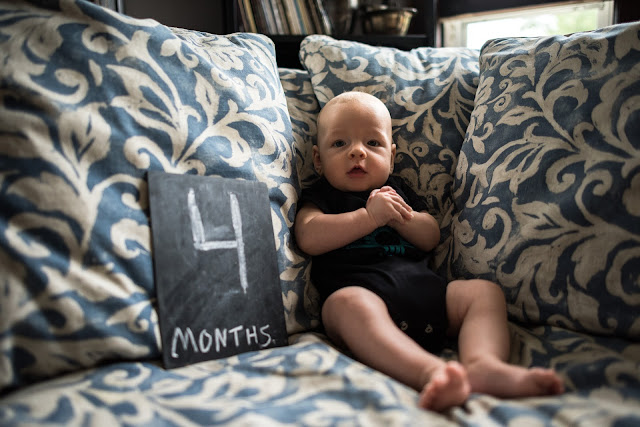 He can hold his head up on his own and is starting to learn to sit. 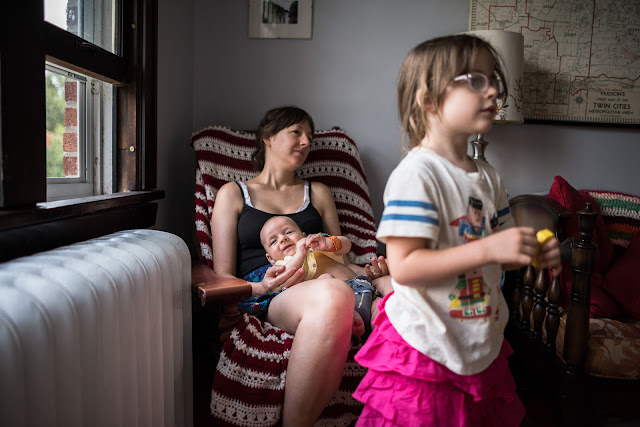 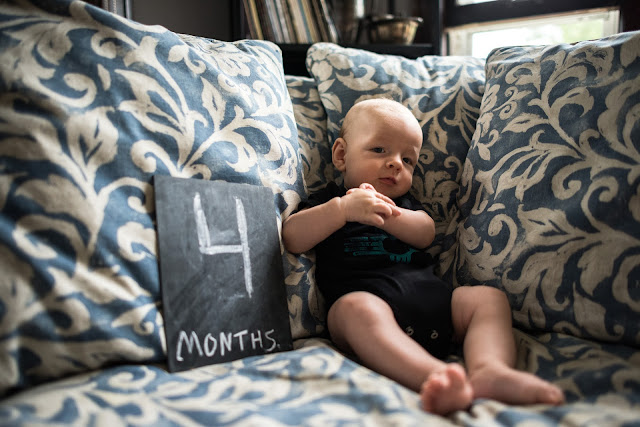 He prefers to be held facing forward.