Our Family Splits Apart for the Week 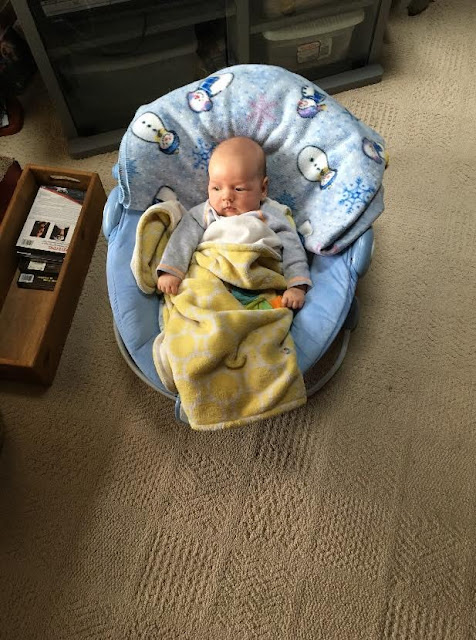 With Scott's dad's memorial the next weekend, we decided to stay in Wisconsin for the week instead of driving back home. I took Theo with me up to my parents while Scott and Meadow stayed with his mom. It's pretty rare that we go places without each other. 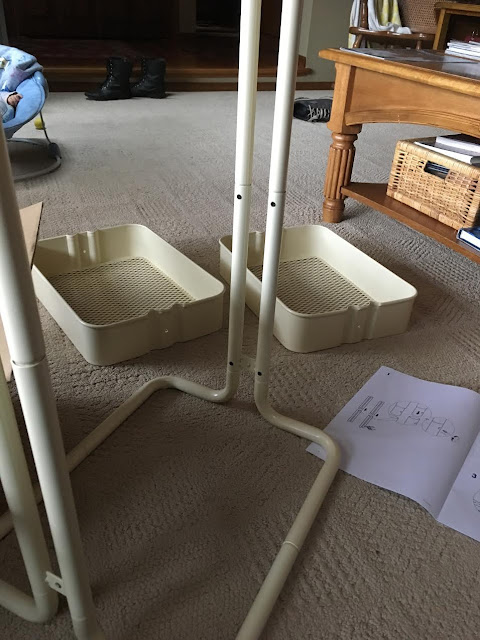 The last time we were here my mom complained that my dad still hadn't put together this shelf she bought. When I saw it still in the box I went ahead and did it for them. 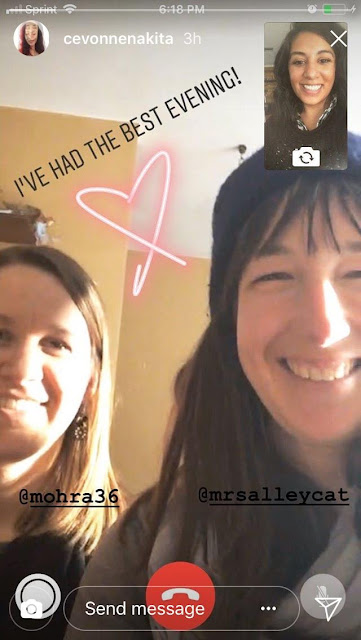 I had only planned to stay a night or two with my parents. I had made plans with Amanda so she could meet Theo. Even with her busy schedule she made time to see me. While she was over Cevonne called. It was fun to chat with these two. I wish we could get together more. 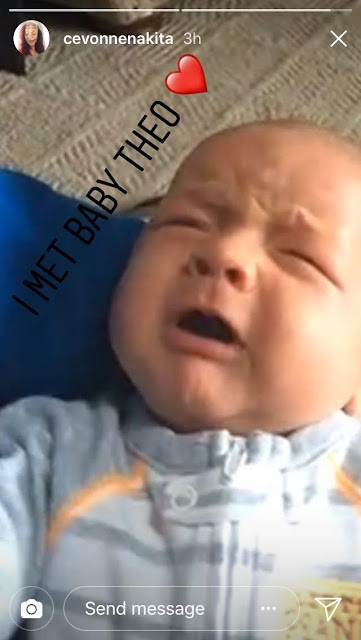 Theo was a little grumpy during the visit. 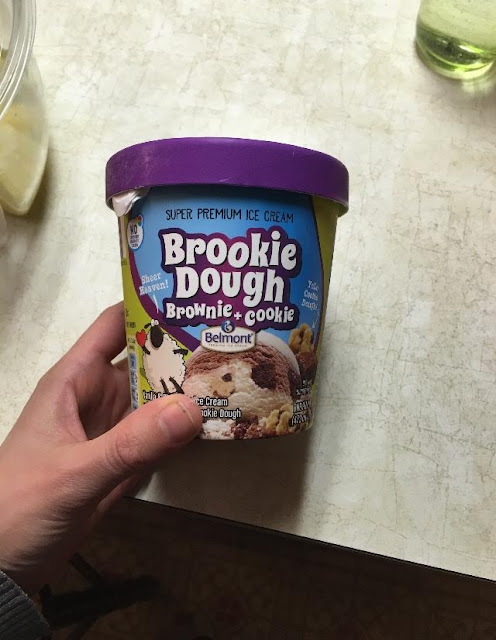 My mom said she found some ice cream for me at Aldi. I didn't know they had speciality pints. 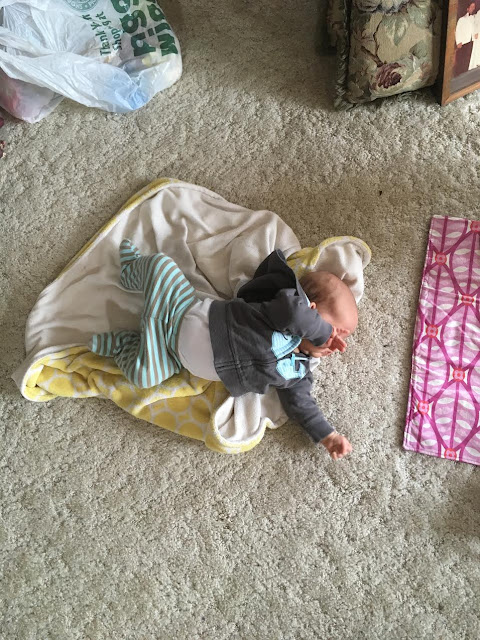 The main reason I came up, besides so my parents could see Theo, was to go to my Grandma's house. Since she passed away I hadn't been able to get to her house to help clean it/look through to see if there was anything I wanted.

My grandma's house is about an hour from parents. We made it all the way there when my mom realized she forgot her keys. Instead of driving all the way back we met up with my dad to get his key. With a late start I didn't really get much time there. 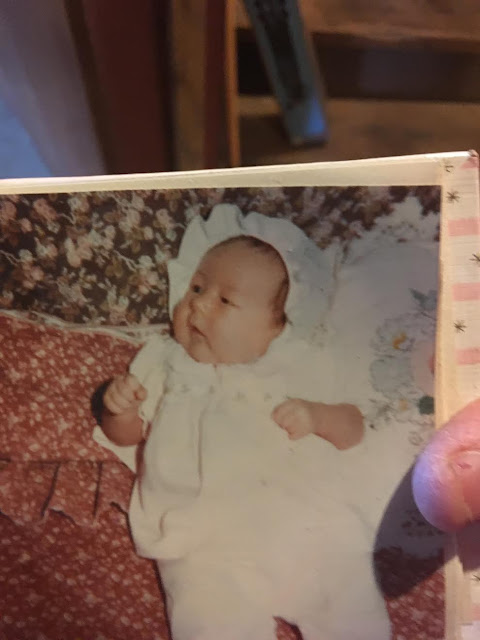 I did find a few things. Look at this photo of baby me. Big cheeks like Theo. 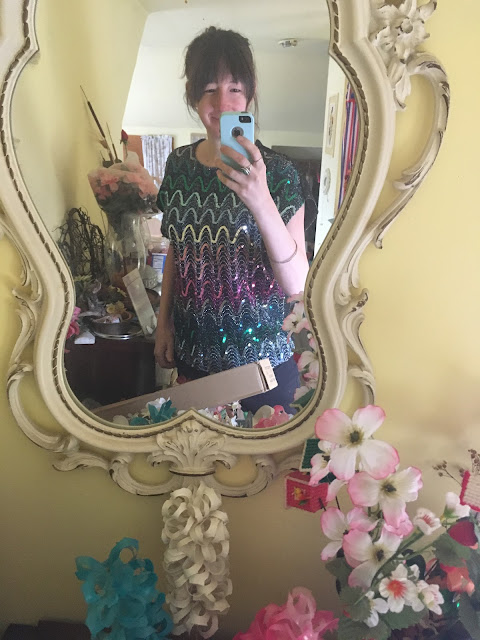 I found my New Years outfit. 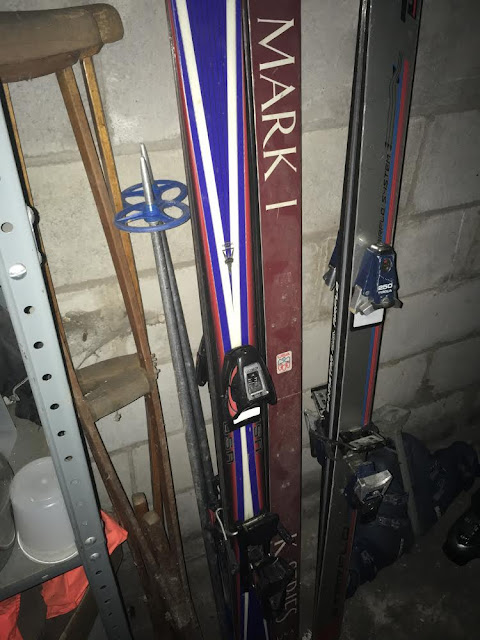 I had no idea my grandparents were skiers. 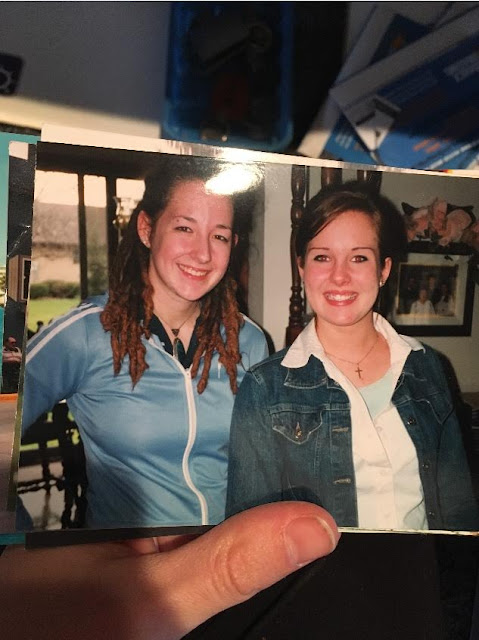 Also check out my dreads and eyebrow piercing. 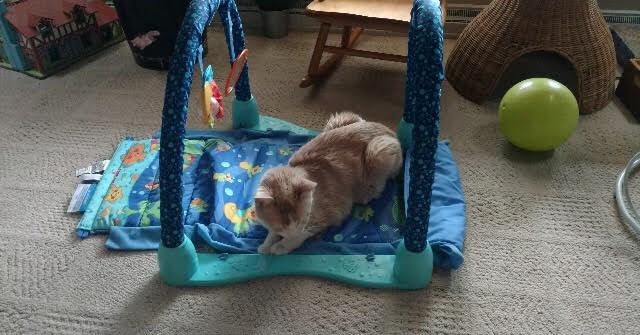 Jaspurr thought the baby gym was for him. Sadly, a few days later he ended up passing away. We aren't sure if it was a respiratory issue or something he ate. I noticed in the morning that he was breathing hard and slow. The rest of the day he hardly moved. When my dad tried to give him water and he stopped breathing. 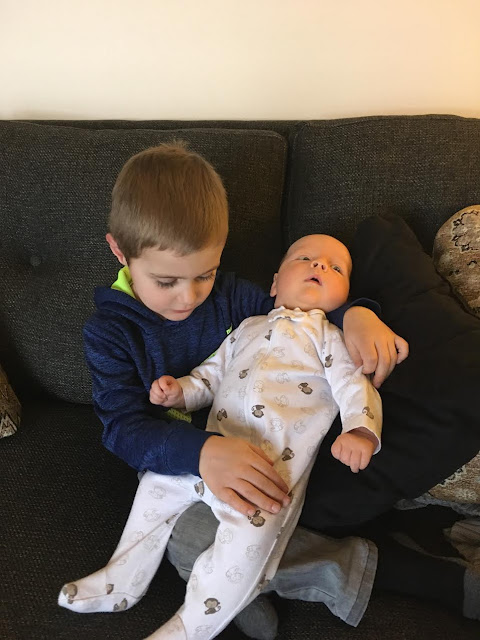 The next day I planned to head back to Scott and Meadow. Then I found out my sisters and parents were planning to go back to my Grandma's on Saturday. I decided to stick around until then since Scott's dad's wake had been postponed.

I met up with Ann and Owen since I was staying. I wish Meadow had come along so they could play. 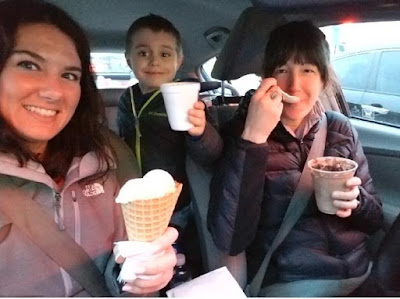 We caught up on a lot and stayed for dinner. Then  we headed over to Leon's for ice cream. 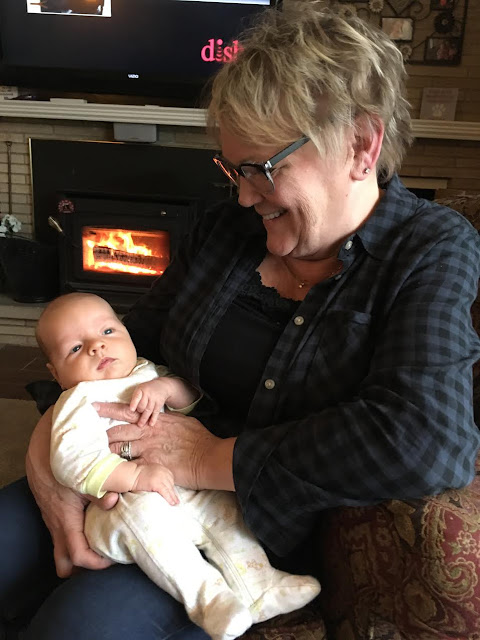 The next day I brought Theo over to meet my aunt and uncle. I loved looking out their big window. 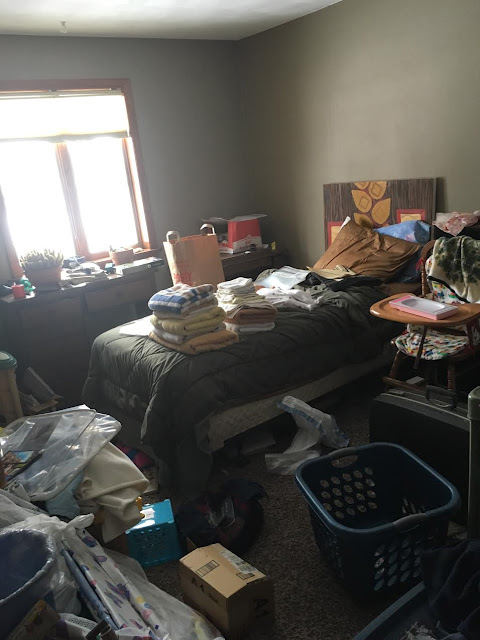 With my extended stay, I decided to clean out my brother's old room. Well technically this was my old room from when Chelsea was born until high school, then I moved to the basement. 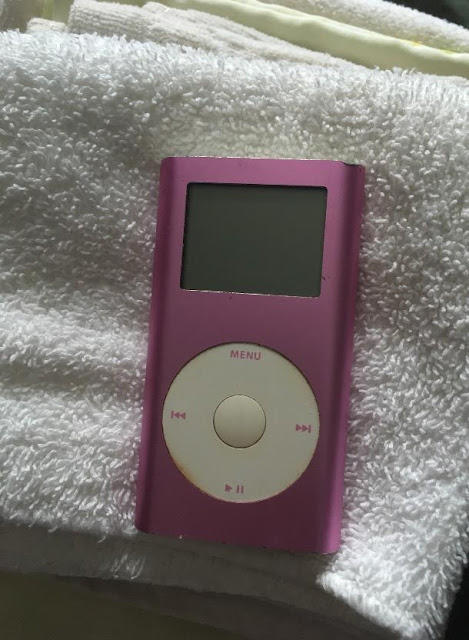 I found my old iPod. 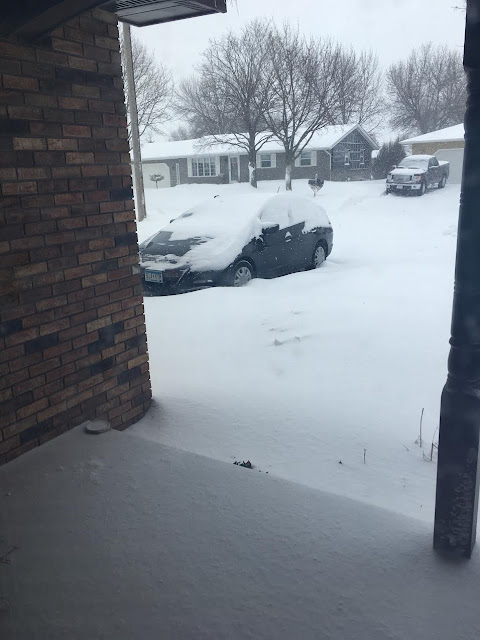 The day I planned to go back to my grandma's and back to Cudahy a blizzard came. 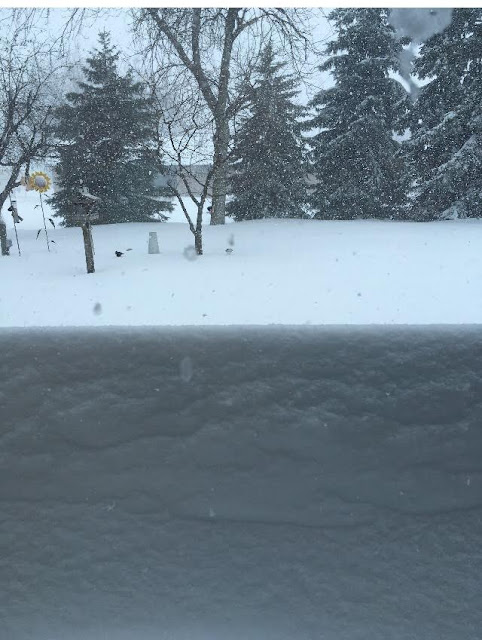 It didn't stop until Monday. They were hit with a new record of 23 inches of snow. 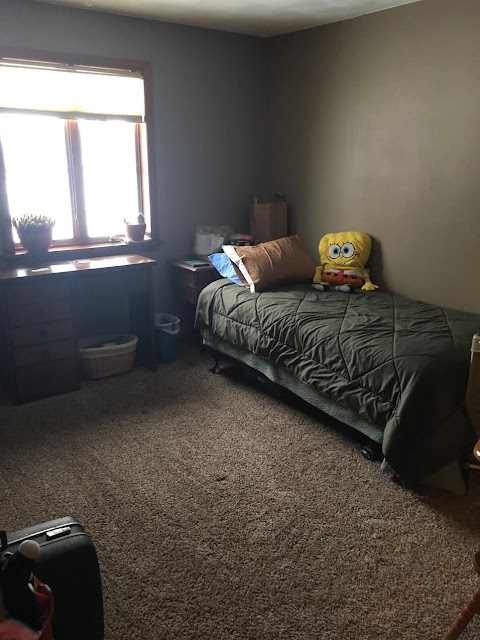 The blizzard gave me a chance to finish the bedroom. I turned it into another guest room/play room for the grandchildren.

I think this is the longest I've stayed with my parents since I moved out. I had a nice visit, but had to get back to my family. 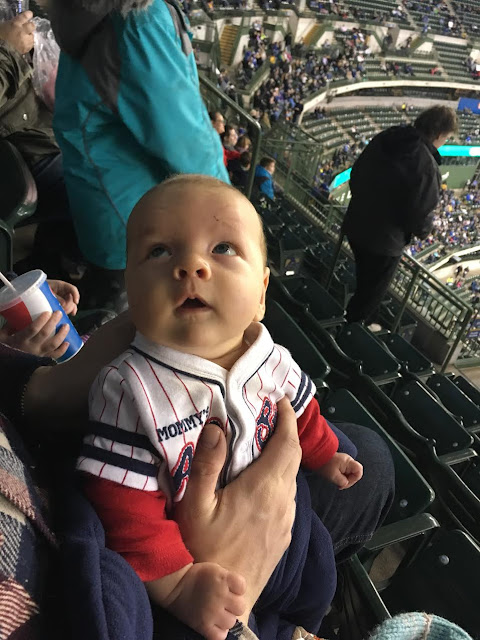 As soon as we arrived back in Cudahy we headed to Miller Park for a baseball game. 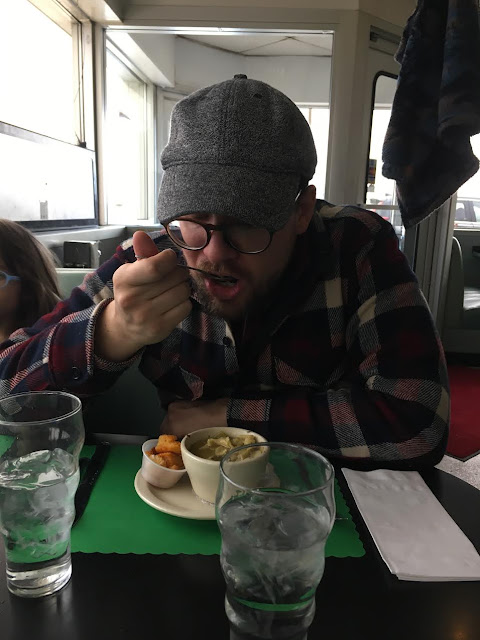 The next day we ate at Miss Katie's Diner and then headed back home after being gone for the last 3 weeks.