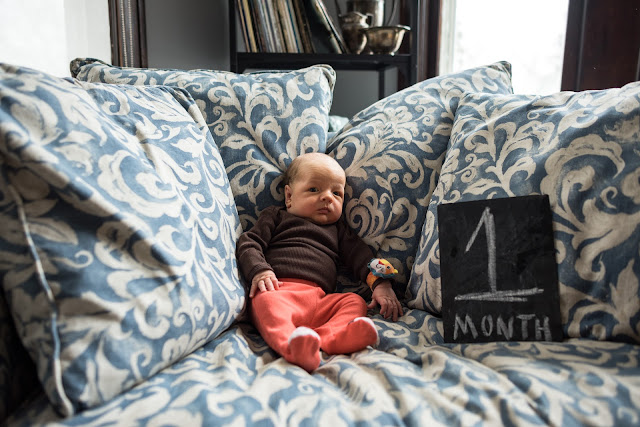 With Meadow I couldn't wait for her to grow up. Now that I have Theo and know he's going to be my last baby I'm actually sad that he's growing up.
On the other hand, I'm counting down the days until he crawls around. He's a cute little dude and it's nice to hold him while lying down, but I can't wait for the two kiddos to play. 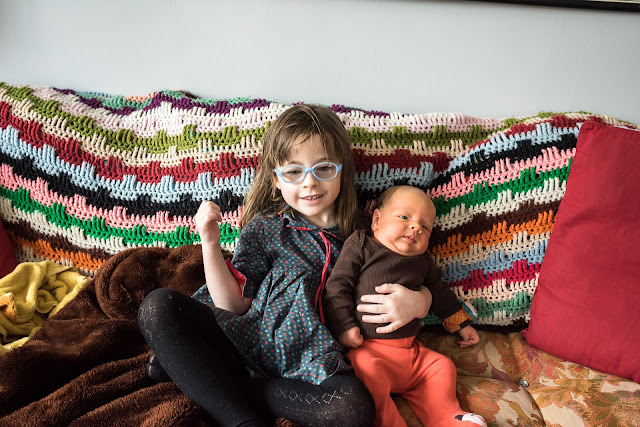 This is also the time that Meadow likes him the most. She keeps asking when she will be able to play with him. She sure loves him and wants to be by him all the time. 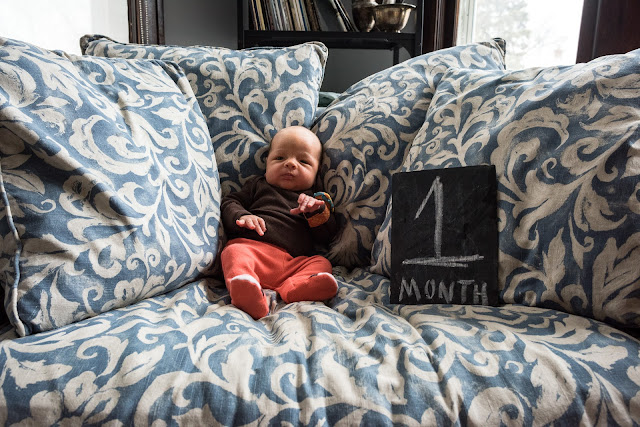 So far he's been pretty easy going. Just recently he's become fussier when he's awake. He usually just wants to be held. He nurses frequently during the day and goes longer between feedings at night. I have to admit I'm actually getting enough sleep, except that the interruptions are annoying. He usually does one long stretch like 4-5 hours after he first goes to bed and then wakes every 2-4 hours after that.

After a while I hardly noticed he was waking up. I feel like Brooke's doing more than last time, but it's not like I can feed the dude. 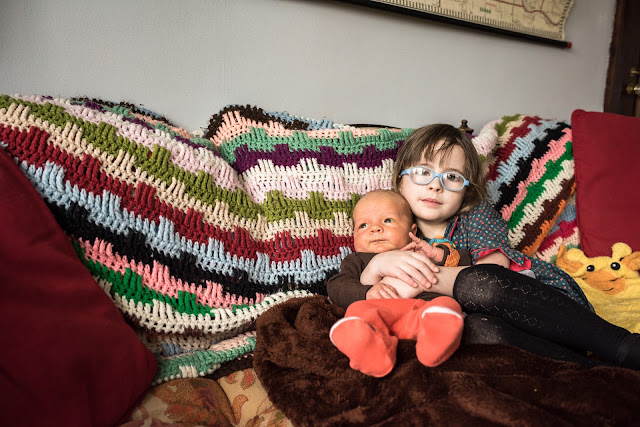 He's also a lot easier to get to bed. Meadow always wanted to stay up until midnight. He usually goes to be bed around 9 and gets up between 8-10 in the morning. I hope he stays a late sleeper like his sister.

He's started smiling when I hold him close. He always stops when Meadow comes near, I think she gets too close.

We love you little dude.